The morning after Eko died, Emily told me she was pregnant.I can only imagine what my reaction to the news might have been the day before, but at that moment I felt nothing.I wanted to cheer, but I could find no joy within me. I wanted to cry, but I had shed all my tears for Eko. I loosed every valve in my heart, hoping to give the moment the love it deserved, but there was simply no lifeblood left to pump through it.I was an empty man.

The morning after Eko died, Emily told me she was pregnant.I can only imagine what my reaction to the news might have been the day before, but at that moment I felt nothing.I wanted to cheer, but I could find no joy within me. I wanted to cry, but I had shed all my tears for Eko. I loosed every valve in my heart, hoping to give the moment the love it deserved, but there was simply no lifeblood left to pump through it.I was an empty man.A spark which should have set my world on fire instead quietly extinguished itself in the vacuum of my loss.As I groped for words, trying to explain, Emily took my hand  and spoke first.“I found out this morning,” she said. “And I only told you because I’m the worst at keeping secrets. It’s not important right now, so we’ll talk about it later.”No hugs, no celebration. Just an acknowledgement that the best news can come on the worst day, and Emily holding my hand to keep me from drowning.

Grief is a gaping hole in a sinking ship you cannot abandon. Loved ones help you stay afloat for a time, but in the end, you are the only one who can bail yourself out. The trouble of course is that the same loss which put a hole in your boat also put a hole in every bucket you have. And you cannot save a broken ship with broken tools.In the months following Eko’s death, as I struggled to build new tools, I was buoyed by Emily, Penny, family, friends and the kindness of thousands. I patched the hole as best I could and limped forward in my listless ship. As much as I yearned to fight against the current of time to get to Eko, I knew I needed to prepare for the future.Slowly, Emily and I began to talk about this future, but never above a whisper. The pain of losing that future was still too raw.In that future, we walked with our baby on warm summer days while Eko and Penny trotted beside us. In that future, Eko and my child fell asleep on each other in front of wintertime fires. In that future, I stroked Eko’s gray muzzle while telling my wide-eyed toddler stories of a boy and his dog on a great adventure around the country.I once sailed into that future confidently, but in this new future I was rudderless. 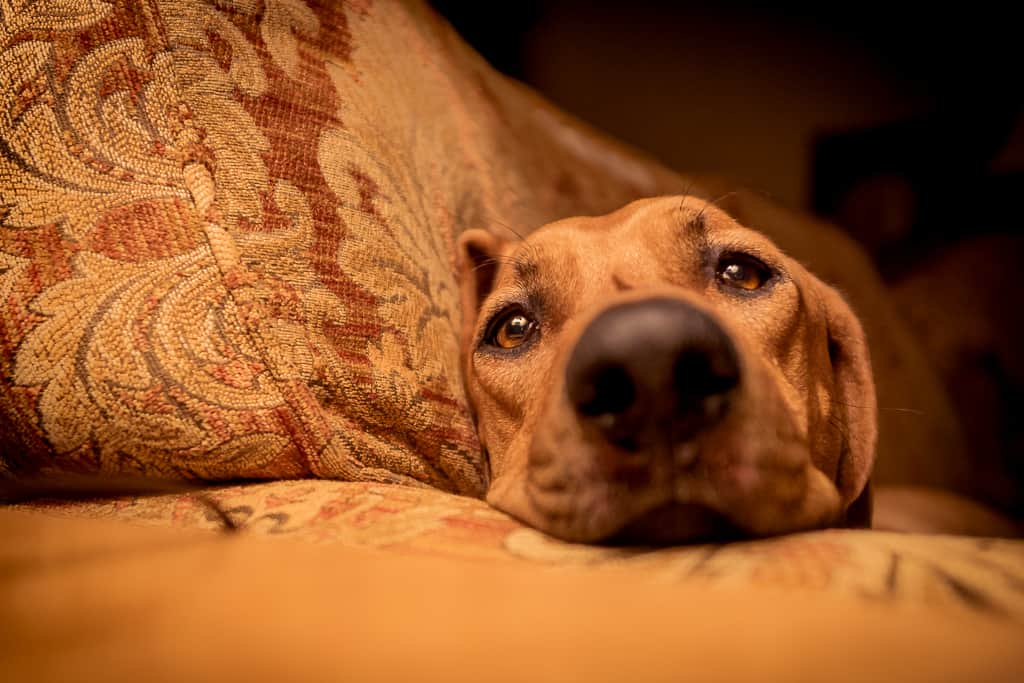 How rudderless? So much so that I thought it was a good idea to tell my two-month pregnant wife – who was struggling with severe morning sickness – that I wanted to get another dog.Quick poll. You are violently ill during the first trimester of your first pregnancy and your husband stumbles into your arms crying incoherently, saying he needs a puppy. Do you: Looking back, all of the above options seem eminently reasonable. The only unreasonable answer is exactly the one Emily gave without hesitation.“I think that’s a great idea.”Maybe it was the dehydration and nausea talking, or maybe it was love.Whether you call it a soul, spirit, essence, identity – or by any other name – whatever it is that we are is not immutable. Emily saw, better than anyone else, that after losing Eko I was not myself. Of course she didn’t think really think adding another dog when we were going to have a newborn was a “great” thing to do, but neither did I. Instead, I believed it was the right thing to do. I’m incredibly fortunate Emily offered her unequivocal support.

Last Thanksgiving we hosted our families in Chicago to share the big news.After a heartfelt toast to Eko and his legacy, I raised my glass and said that we had some important news to share. I inhaled deeply and told the group we had decided to get another dog.“Oh…I thought you were going to say Emily was pregnant,” her mom blurted out.“I knew I forgot something. Yeah, that too!” I replied.Later, once the cheers, hugs and laughter quieted down, my mom asked, “Wait, so you were kidding about the dog, right?”It was no joke. In fact, it was more of a secret. One which my head kept from my heart. Because my heart didn’t want another dog – it just wanted Eko. But I was determined to meet my child as my best self, and I knew the best way to find that lost self was through a dog.I quietly began my search and connected with Mary from Glass Creek Kennels, where a litter of pups was serendipitously born on Thanksgiving Day. Only fitting, I think. 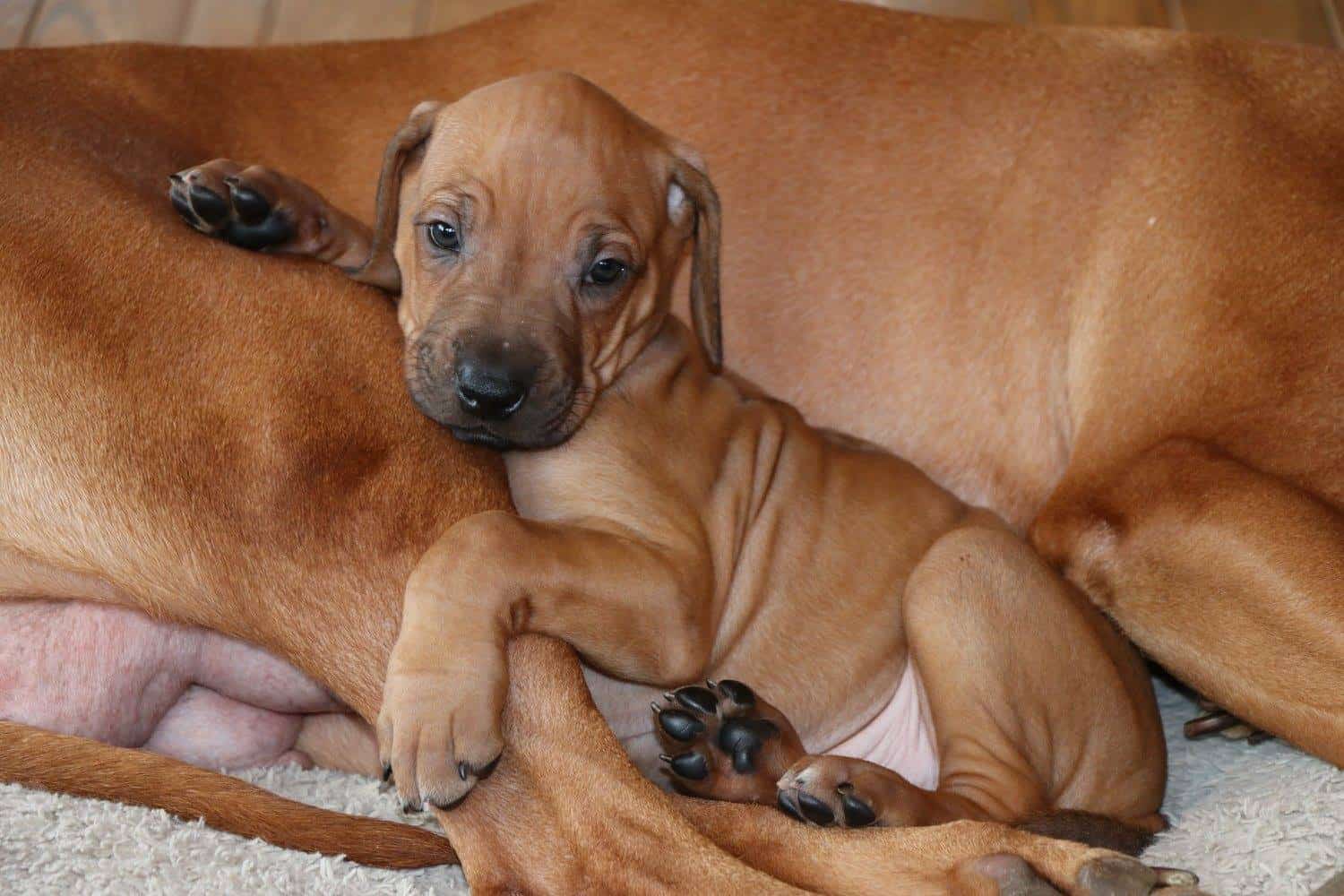 In the weeks and months after Eko died I reluctantly washed his bed and blankets with sickening guilt that I washed away the last of my puppy from this world. But I held fast to one blanket – the first one I gave him as a puppy, the one which miraculously survived unscathed through the years.I hid the blanket in my closet. When feeling depressed I’d wrap the blanket in my arms and breathe deeply of Eko’s comforting, lingering scent. Were my apartment to have caught fire and I could only save a single possession it would have been that blanket. Because in my sorrow I mistook that blanket to be the last place on earth where Eko still lived.I brought the blanket with me when I picked up Zero because I wanted to wrap my new puppy in Eko’s love. I thought I would carefully hold Zero in the blanket and then tuck it away again in my closet. I realized the folly of my plan when I reached down to give the blanket to Zero and his ten enthusiastic siblings all wanted to share.I had two choices. The same as choices I always have, really. Either I hide and protect the love in my heart, or I give it away freely and accept the risks of doing so. I’d hid it for so long, believing that was how I honored Eko, but in that moment I realized my error.I tossed the blanket atop the puppies and smiled as they sank their teeth into it.I carried Zero to my car in the battered blanket. Normally it’s the new puppy who cries on the ride home, but I handled that duty for our trip. Not exactly the image of a man ready to be a father, but certainly the image of a man finally ready to become ready.Over the ensuing months Zero became Penny’s best friend, Emily’s favorite blanket, and my guide back to the joy of love given freely, despite the cost. 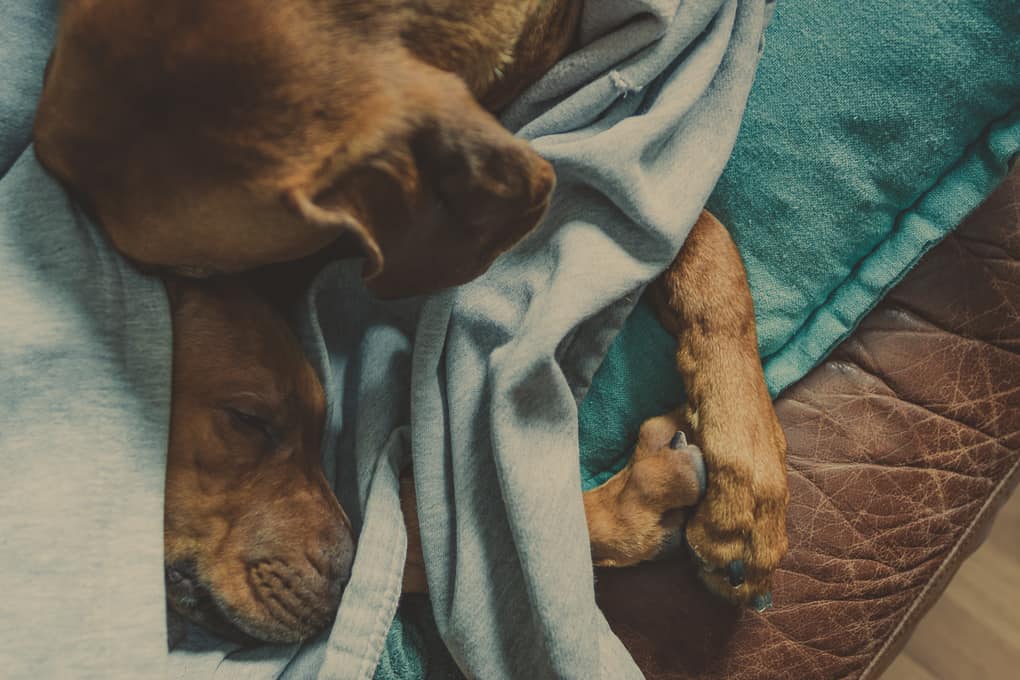 So last Sunday, when Emily delivered a healthy baby boy, I had the pleasure of meeting him as myself. Not the self I imagined, but the one I needed to be. The self I could not have become without my dogs.The night after we brought him home, I held Lincoln in the darkness of our kitchen, hoping to give Emily some time to sleep. As he began to fuss I tiptoed to our dryer and pulled out a clean, warm, familiar blanket.I wrapped my son in the scarred but soft fabric and held him confidently. Not because I have any of the answers he’ll one day want. But because no matter the cost to my heart, I’m ready and eager to share the love he’ll always need.As for the answers? Well, I’ll tell him to ask his mother or the nearest available dog. It always seems to work for me. 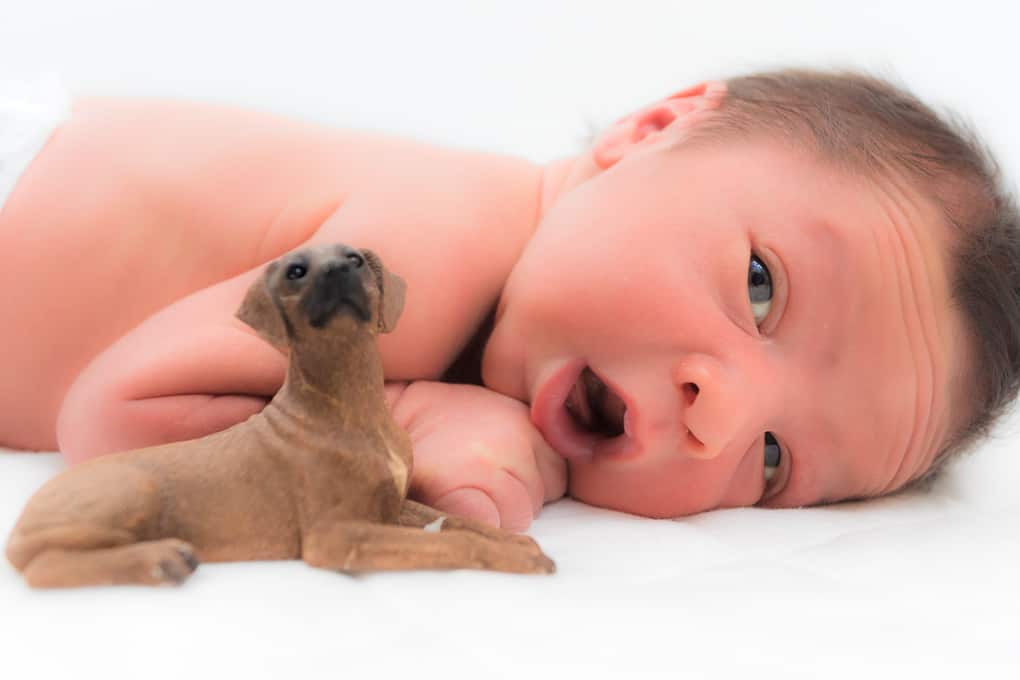 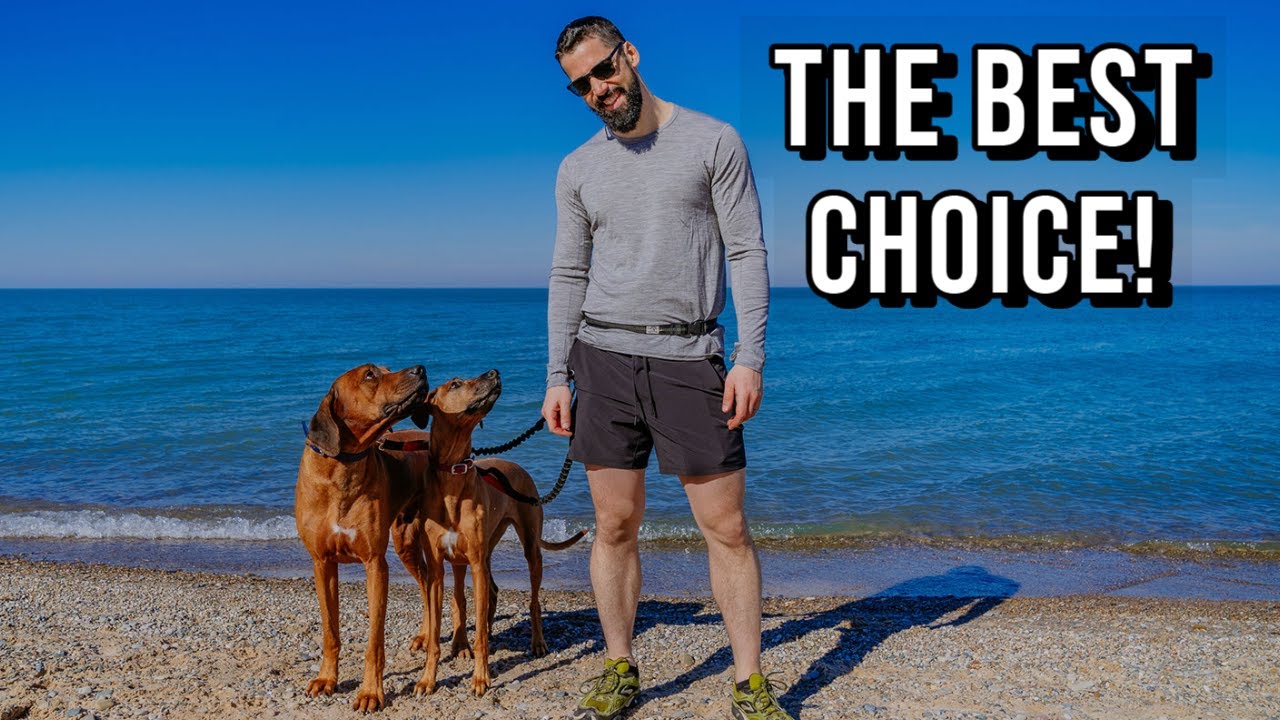 Comments for A Boy and a Dog. A Dog and a Boy.