A Dog Becomes A Dog

There’s a so-bad-it’s-good early 90’s movie called Encino Man. It’s about a caveman living in modernity. The well intentioned cave man is of course ignorant of all social customs and he struggles to fit in. This weekend we hosted Doc, my brother’s 8ish-year-old pointer rescue, and it felt like we were filming

There’s a so-bad-it’s-good early 90’s movie called Encino Man. It’s about a caveman living in modernity. The well intentioned cave man is of course ignorant of all social customs and he struggles to fit in.

This weekend we hosted Doc, my brother’s 8ish-year-old pointer rescue, and it felt like we were filming a movie called Encino Dog. 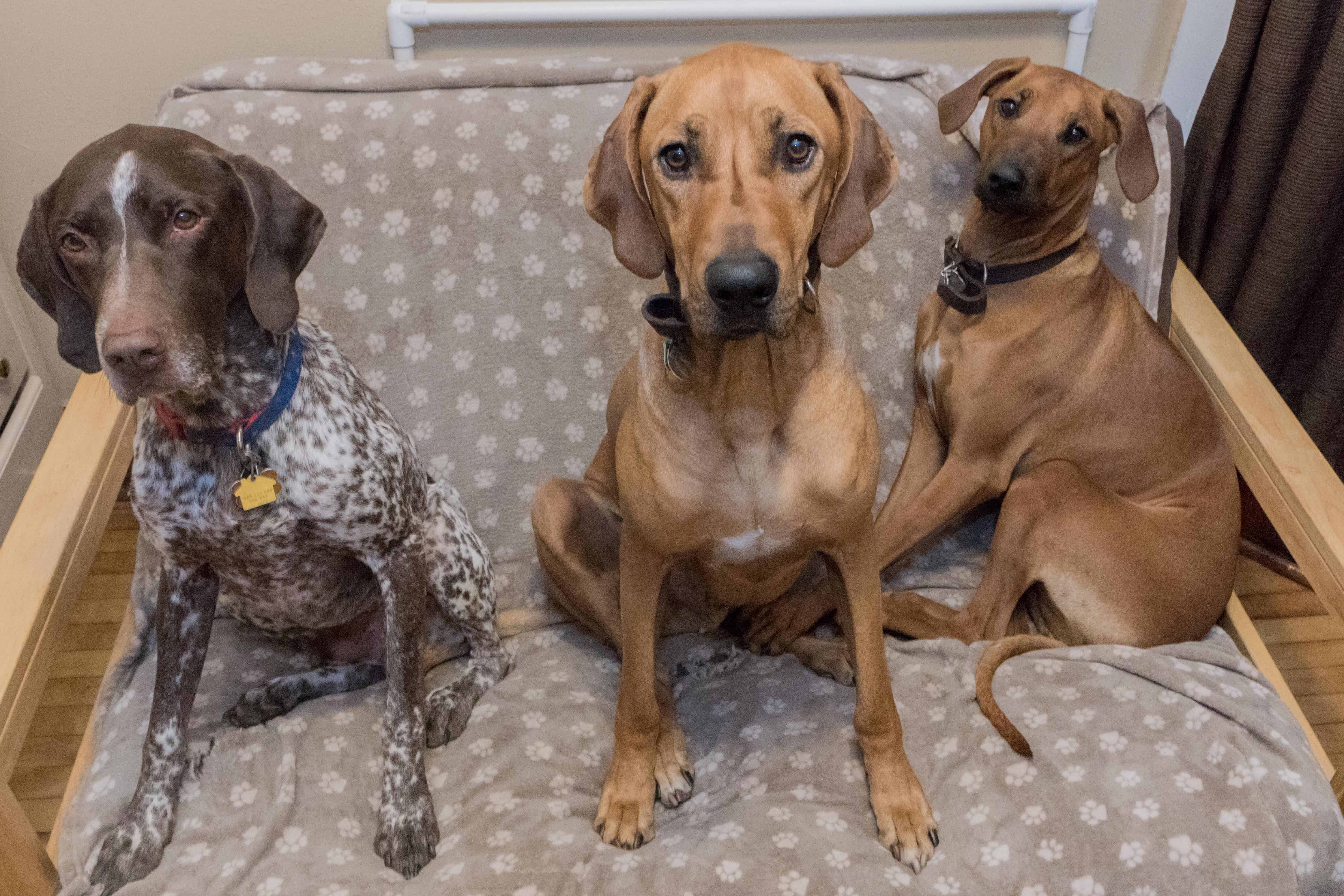 We don’t know much about Doc’s history, but we do know Doc unfortunately had no socialization or training

Now, there’s no doubt Doc is a dog. However, he still needs plenty of help learning how to be a dog. This weekend’s sleepover provided Doc with the perfect opportunity to brush up on his burgeoning skills as a born-again pup. 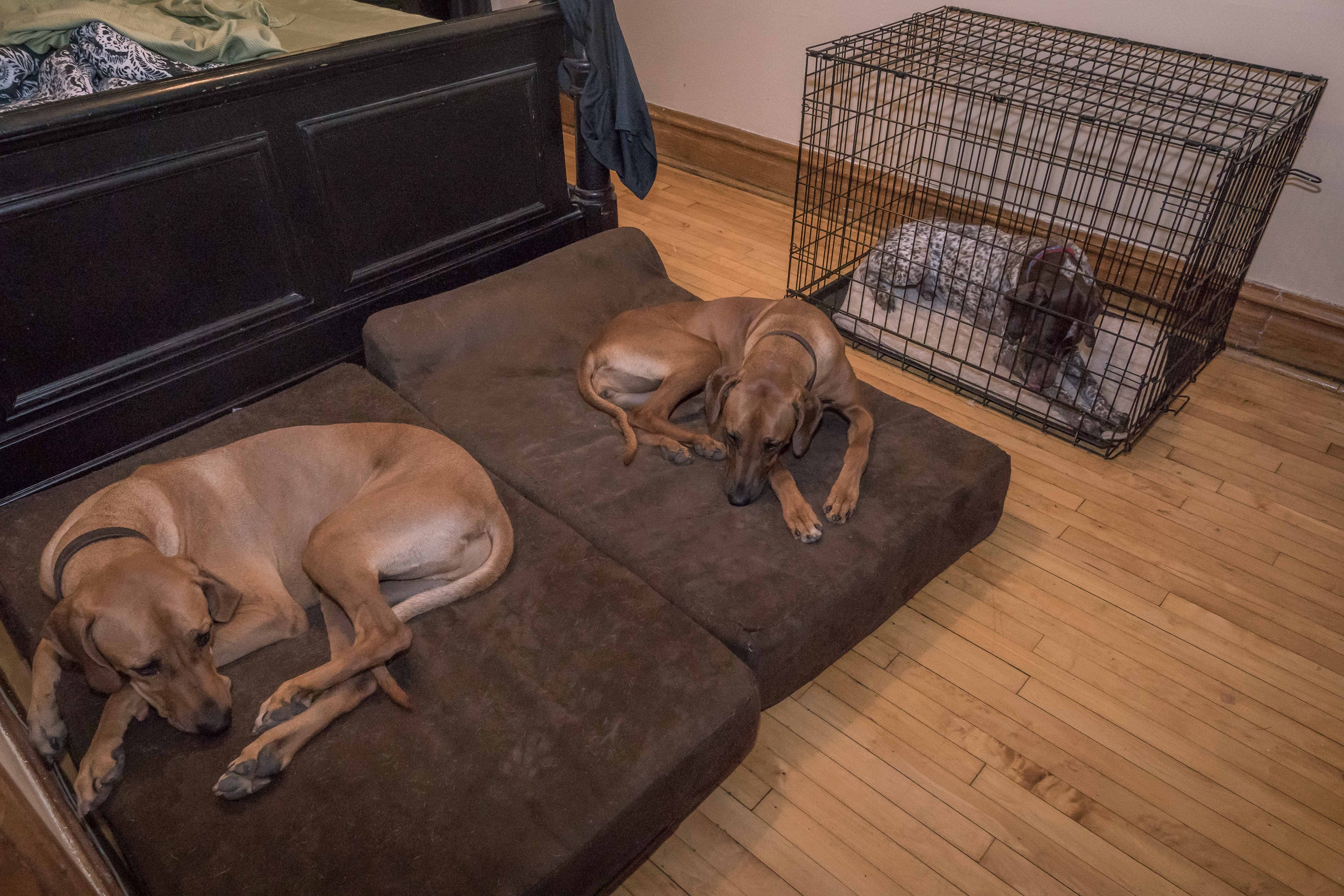 Doc slept right alongside his cousins, and Emily and I were happy to tip-toe between pups in order to accommodate our guest

Doc doesn’t have much experience with novel environments so our apartment was a bonanza of new sights, smells and experiences. Throughout the weekend I’d find him marveling at some new piece of furniture or causing some hilarious puppy-esque mischief. 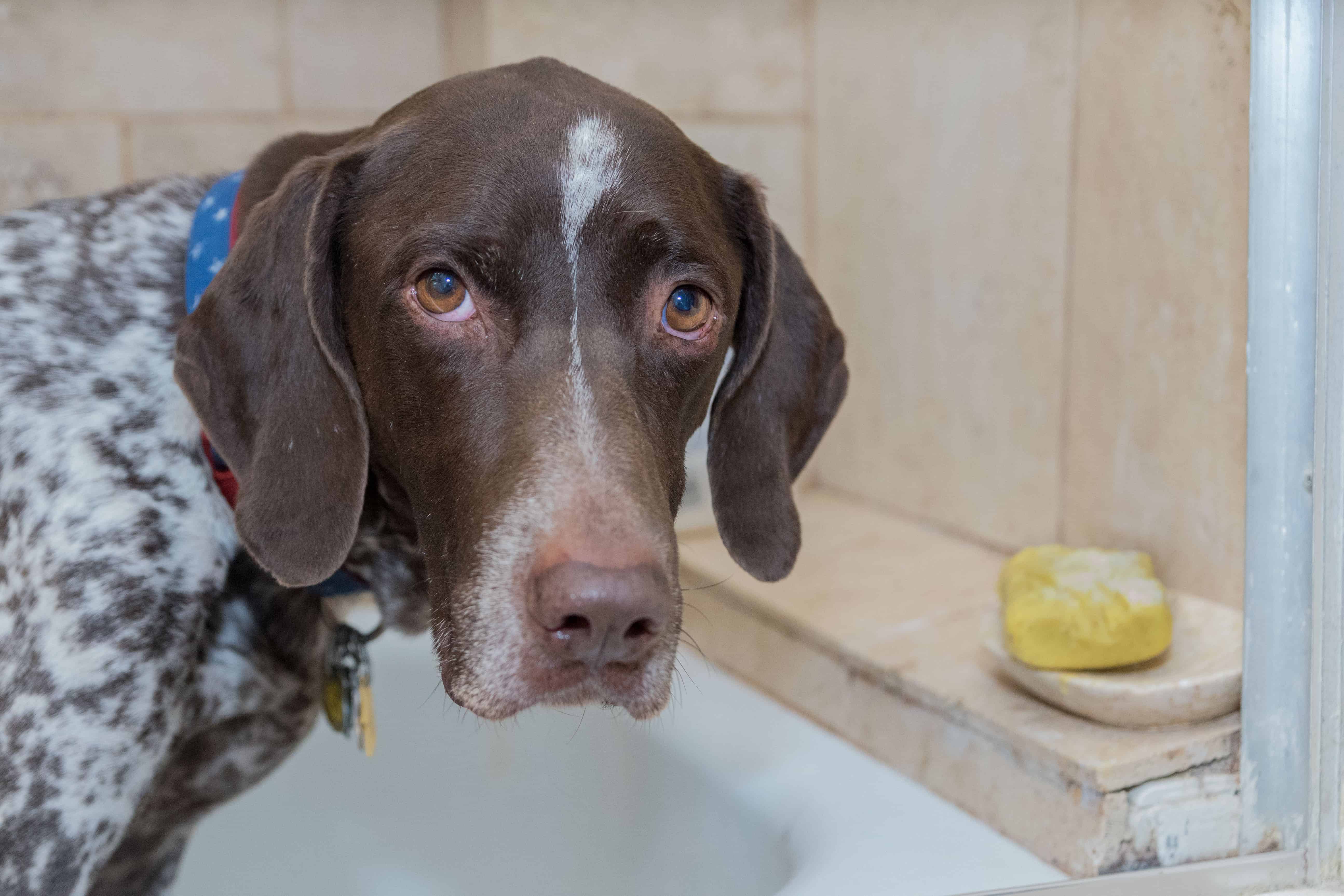 At one point I found Doc in the tub, taste testing our soap

Just about everything is new to Doc so I often found him lost in thought, trying to figure out what to do next. This was doubly true when it came to interacting with Eko and Penny. Playing with other dogs is still something Doc’s working on. 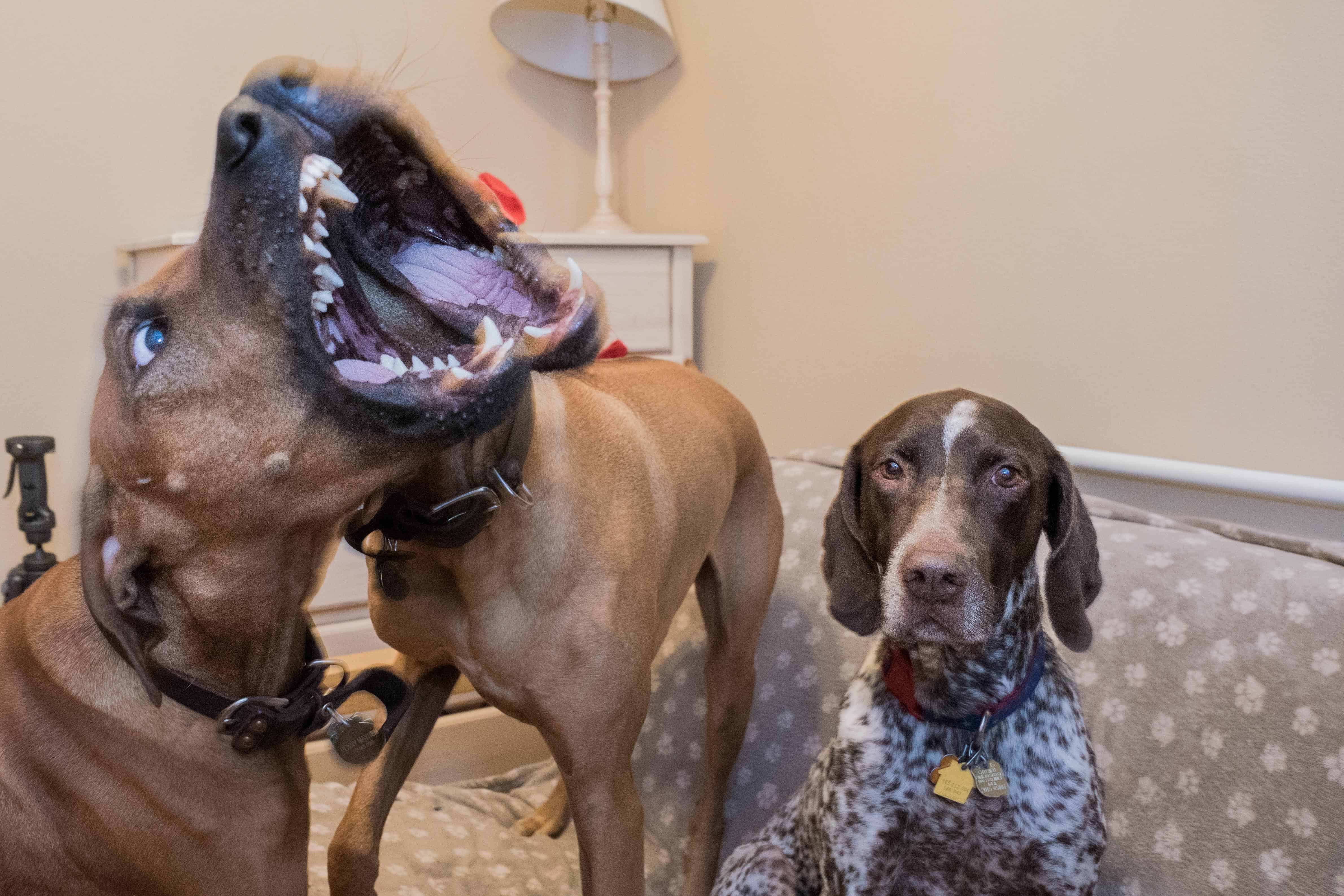 “So, you’re saying they do this for fun?” 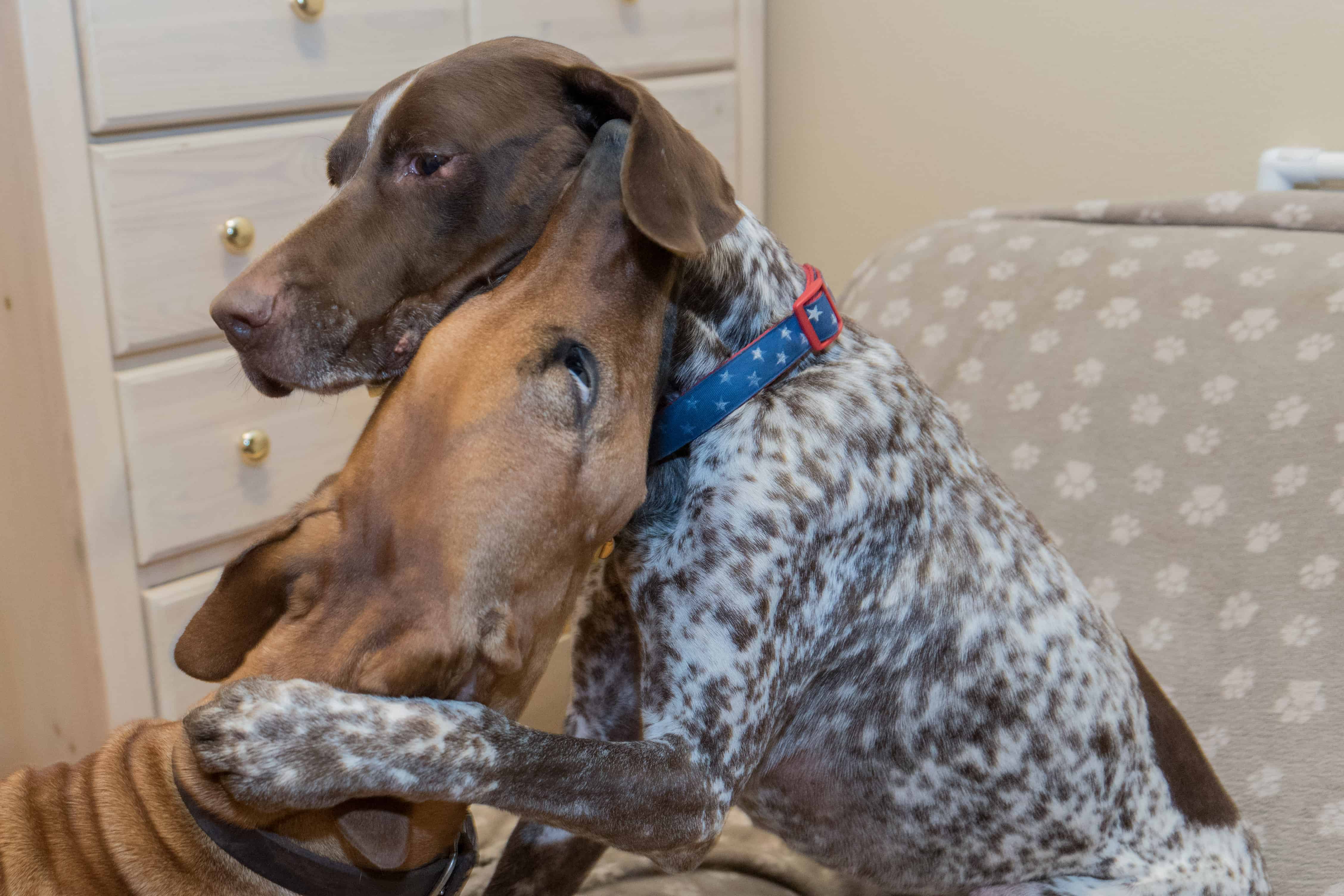 Penny, shy as ever, decided to test Doc’s mettle 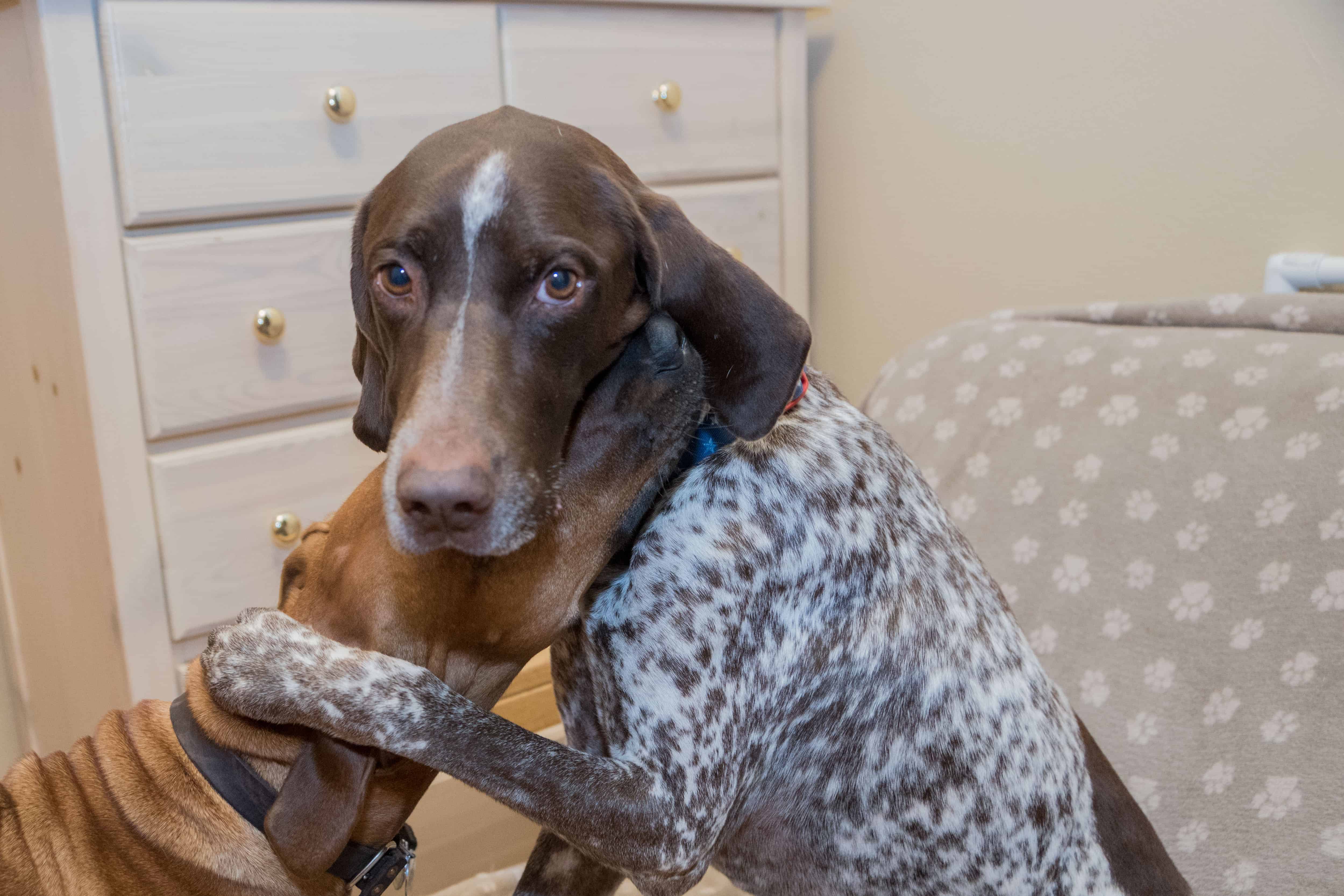 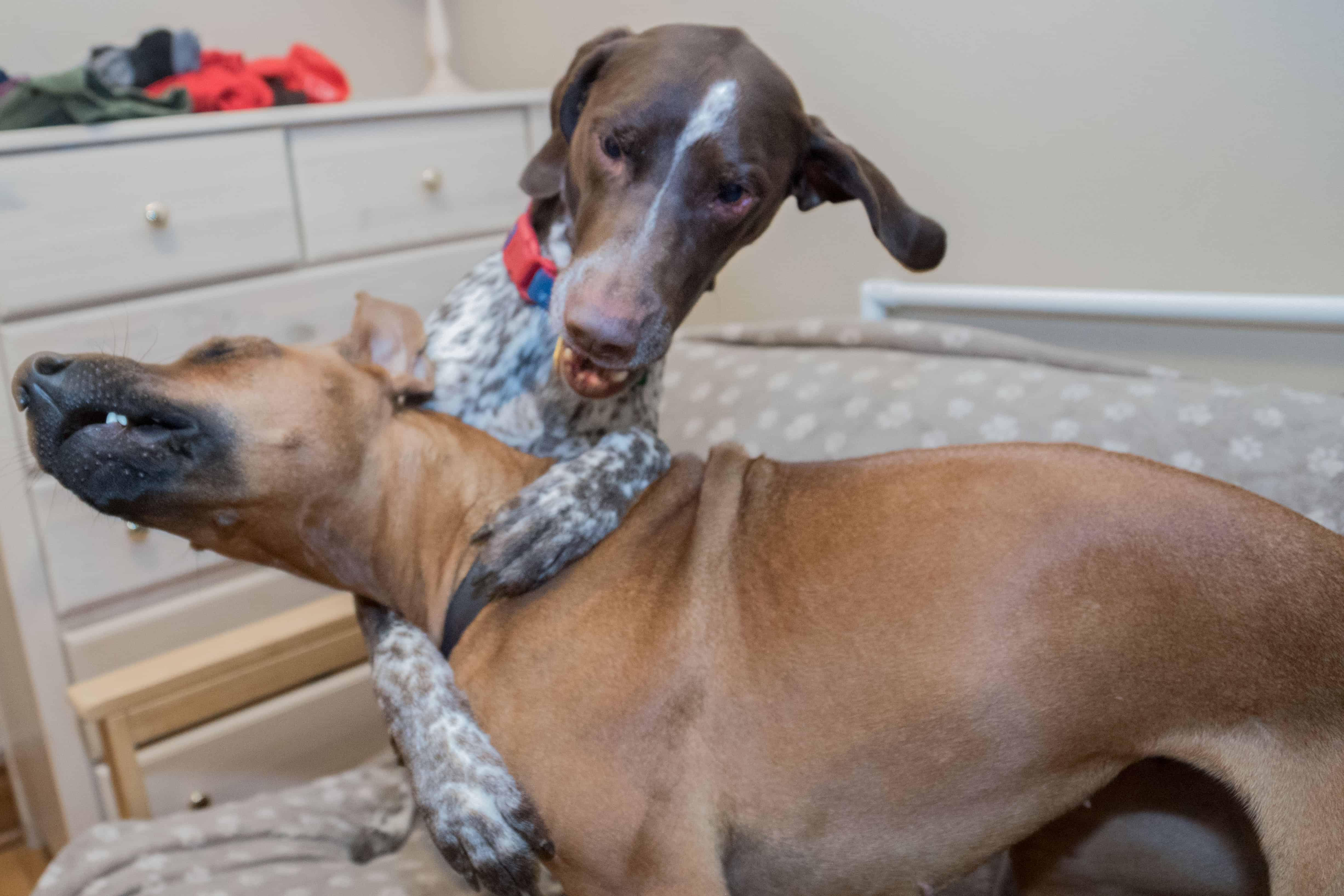 I think Doc is going to be just fine!

Doc may not quite understand the way of the pup-world, but his heart is certainly in the right place. And my heart? Well my heart melted every time Doc jumped on my lap, nuzzling closer for affection. 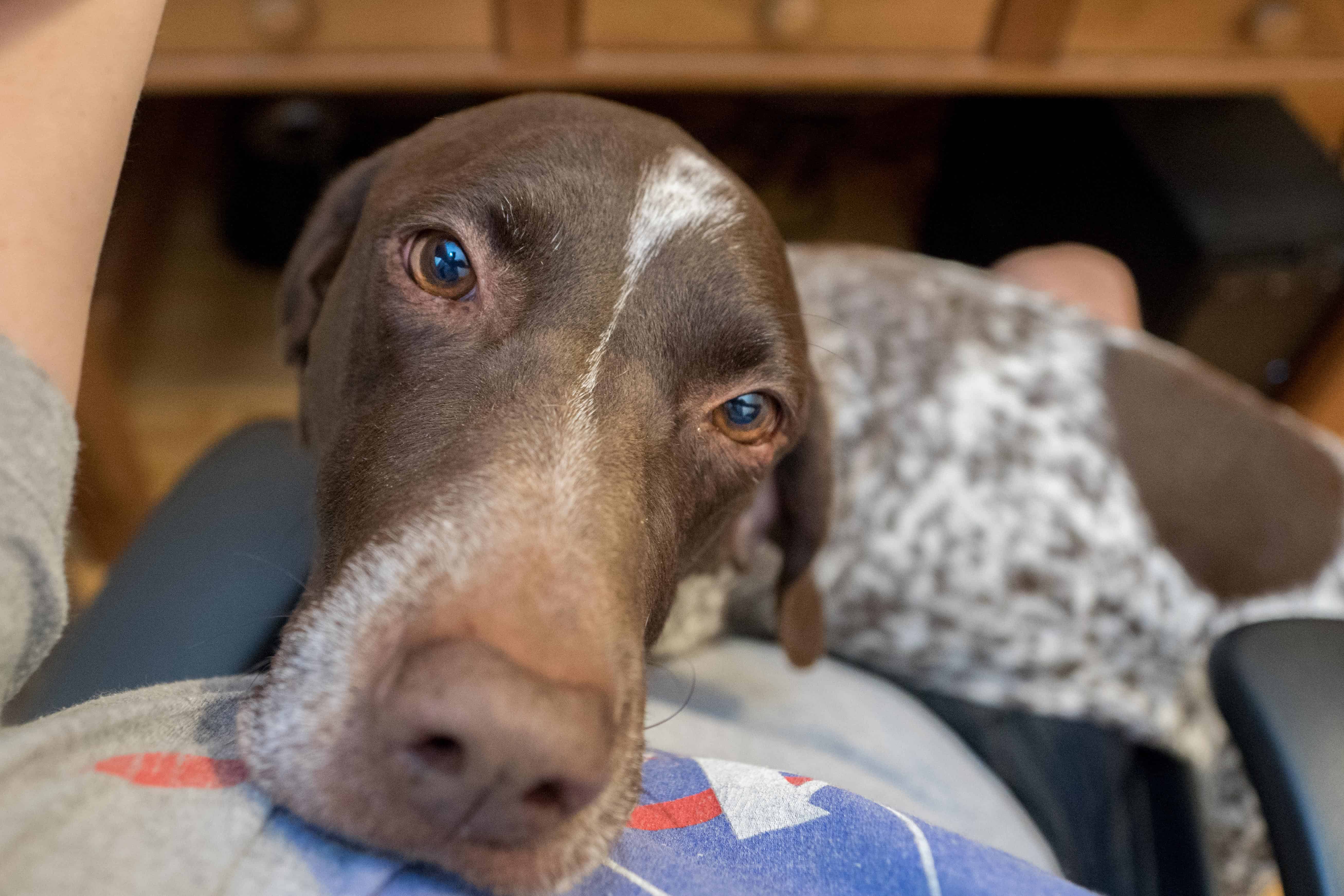 I think he’s making up for lost time

The best part of the weekend was undoubtedly my brother’s return. Doc practically jumped into his arms with joy. This was James’s first time away from Doc, so my brother was so happy to see Doc so happy.

Doc may have a lot to learn about being a dog, but he knows his loving home is with James. The rest is just details!

Comments for A Dog Becomes A Dog