Eko and I have been around the block a few times, but never in all our time have we had an adventure like the one we had last night.  I didn’t know what to expect from the Chicago White Sox’s Dog Day promotion, but

Eko and I have been around the block a few times, but never in all our time have we had an adventure like the one we had last night.  I didn’t know what to expect from the Chicago White Sox’s Dog Day promotion, but the event turned out to be better than I ever could have imagined. 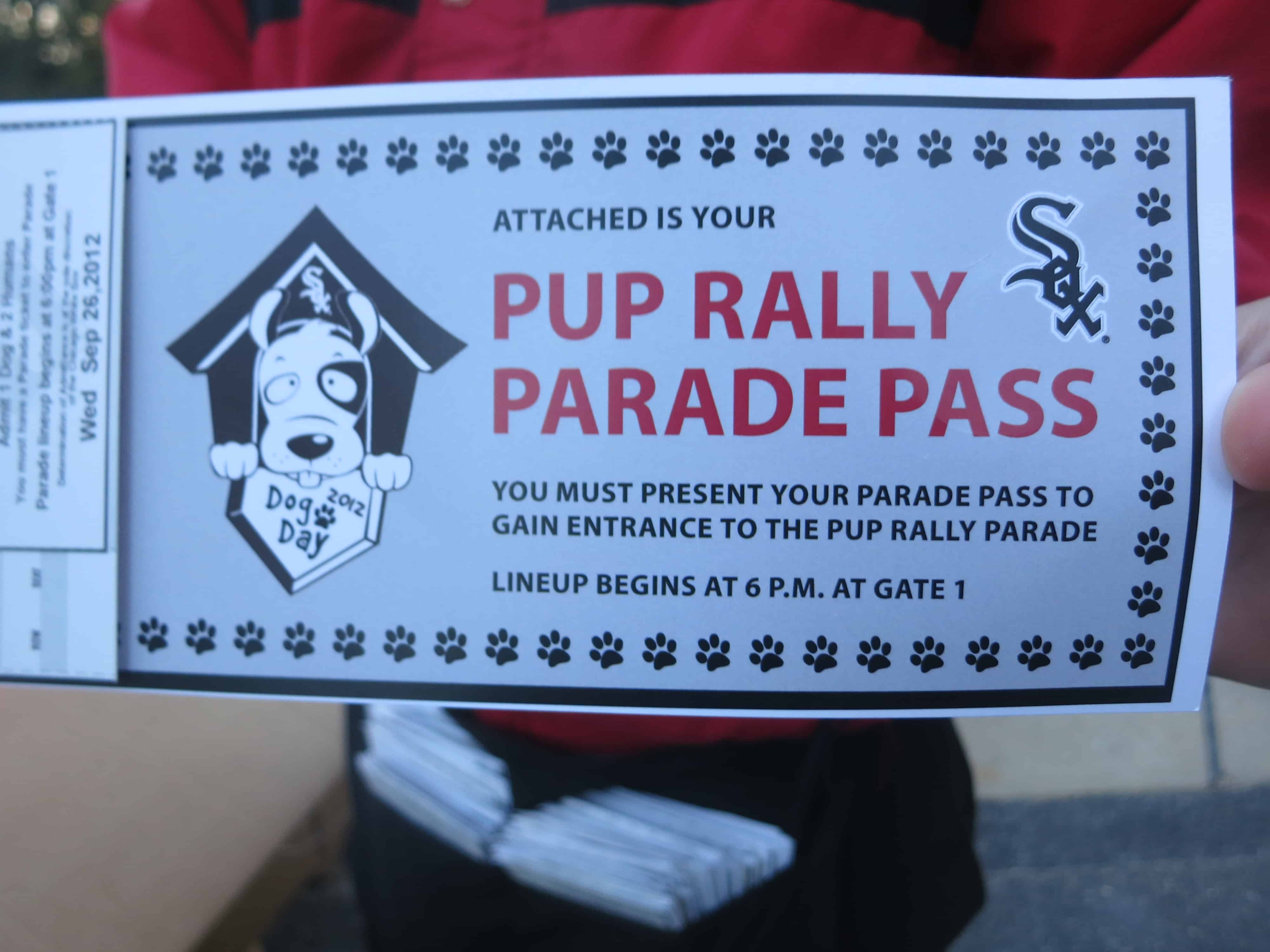 I initially thought the event just allowed your dog to sit with you in the stands, but as it turned out, my ticket included a parade pass for Eko and I to walk around the field before the game! 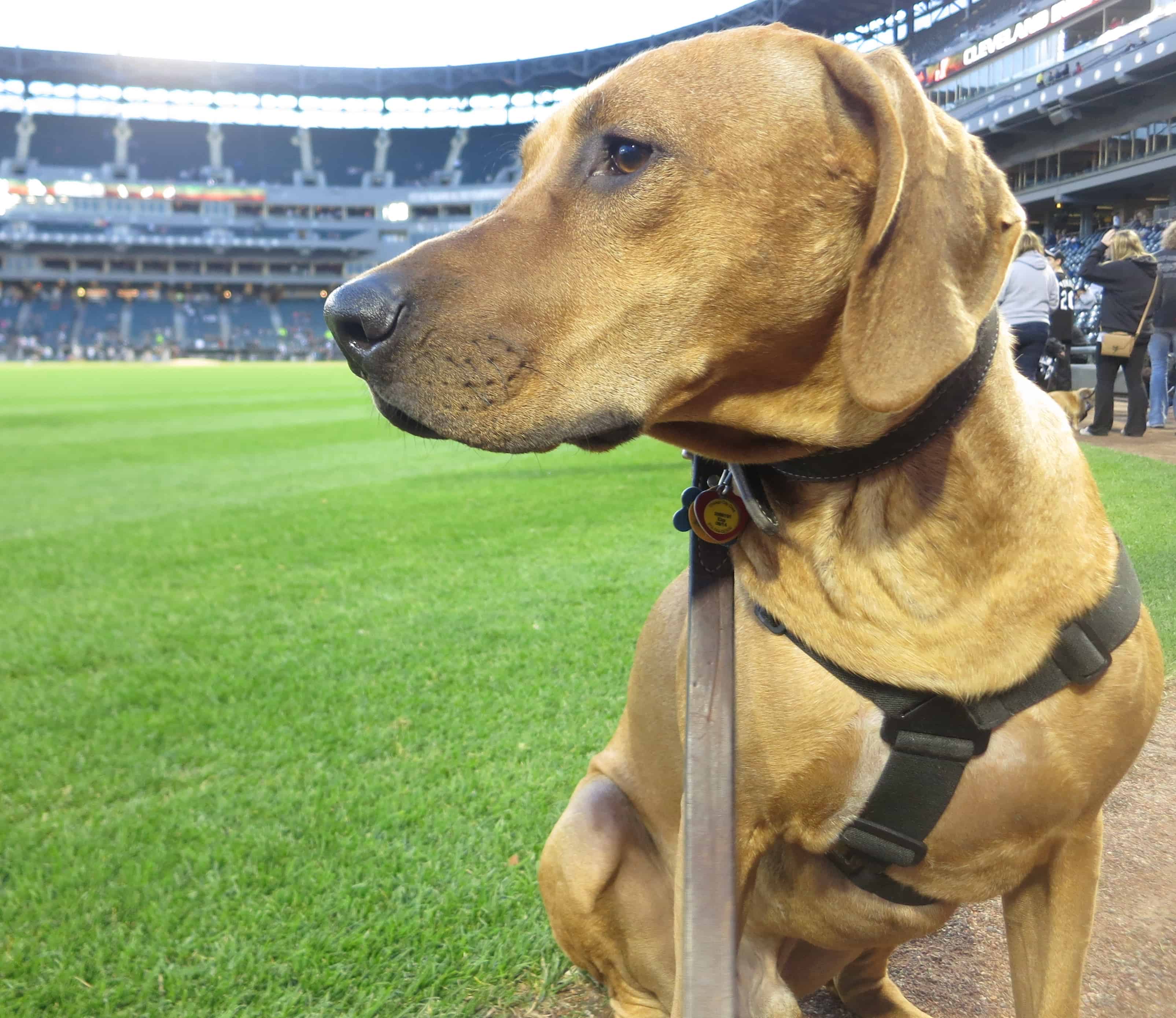 “Look ma, I made it to the big leagues!”  Along with over a hundred other lucky dogs, we were treated to a close-up view of the action 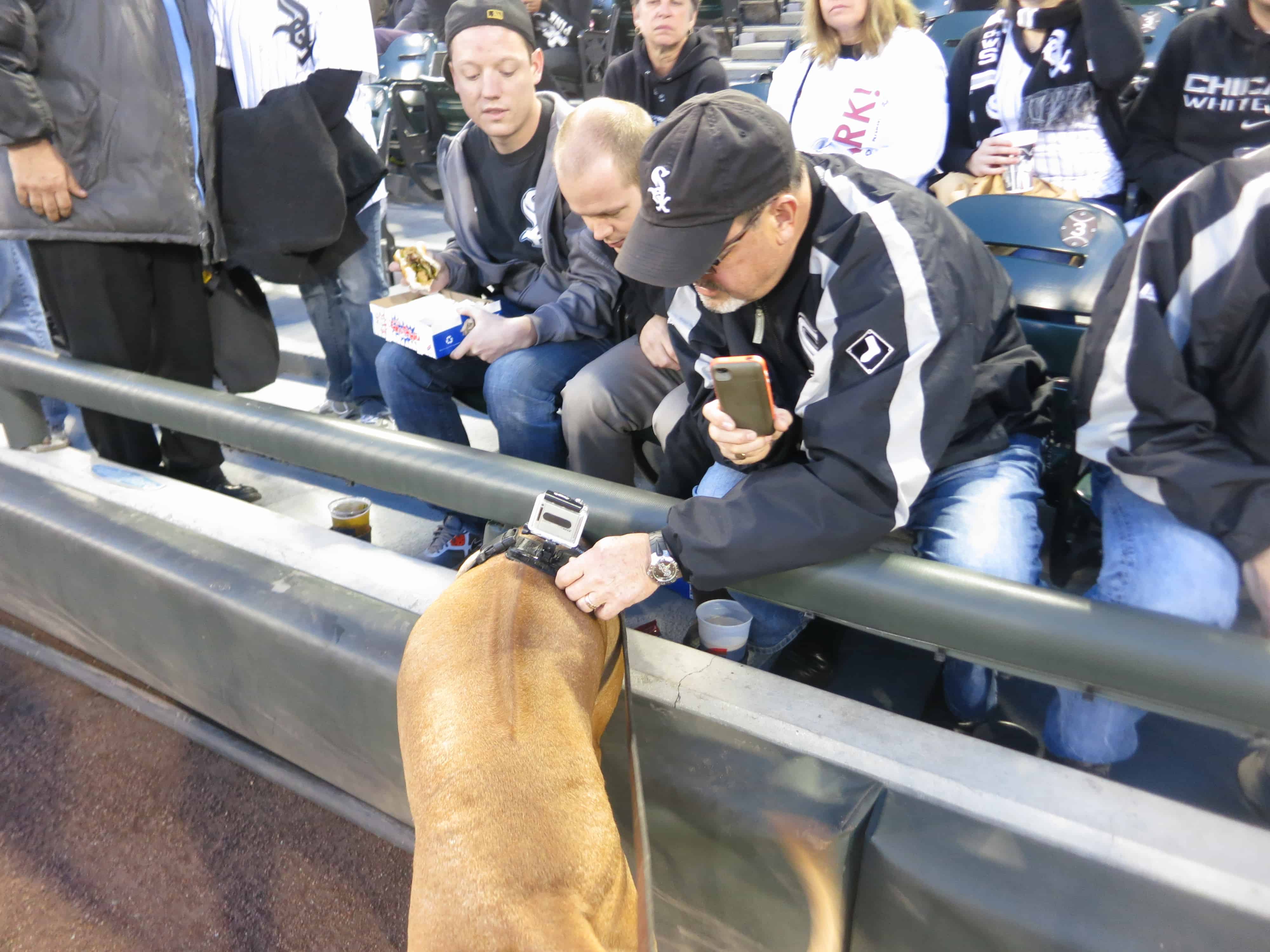 Eko was a crowd favorite!  Both fans and players alike asked me about the Eko cam.  There are probably a few hundred facebook photos of Eko posted by White Sox fans. (Unfortunately, due to technical difficulties I don’t have any usable footage from the game) 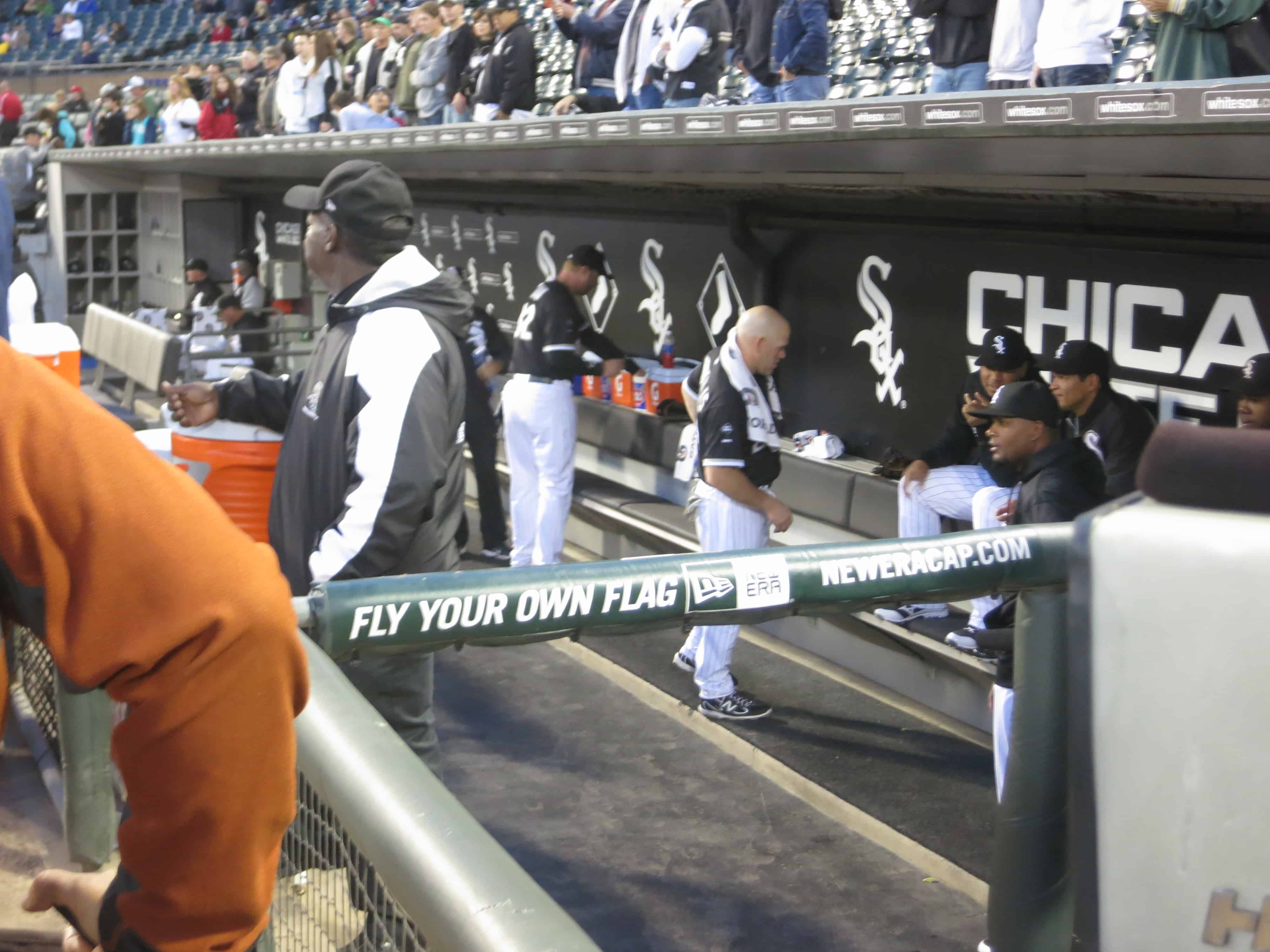 “That’s crazy, that dog has a camera!” – shouted one of the players on the right.  It was surreal that the guys getting paid the big bucks were cheering on Mr. Eko – who gets paid in dog treats. 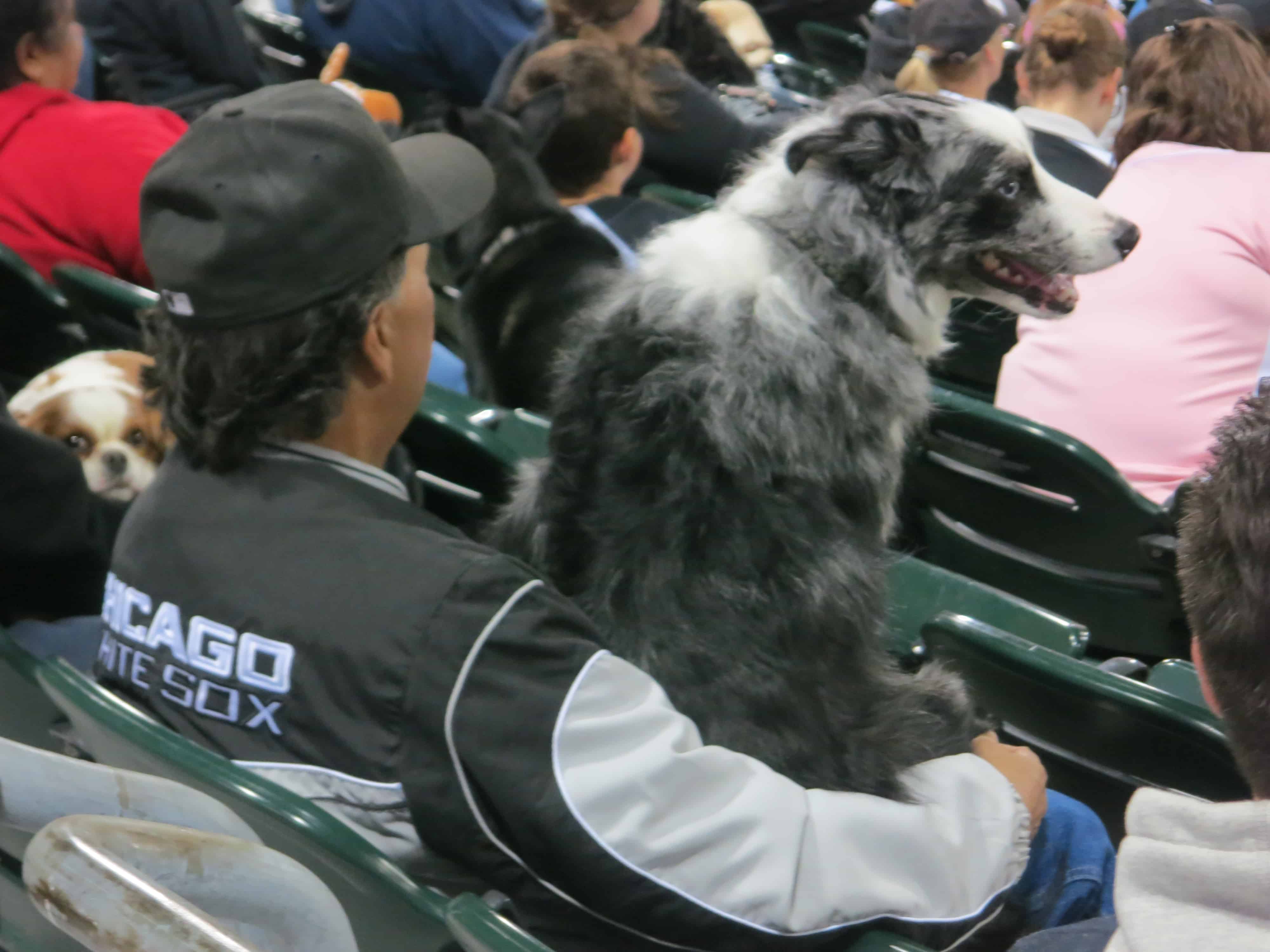 The outfield bleachers were filled with awesome duos like this. 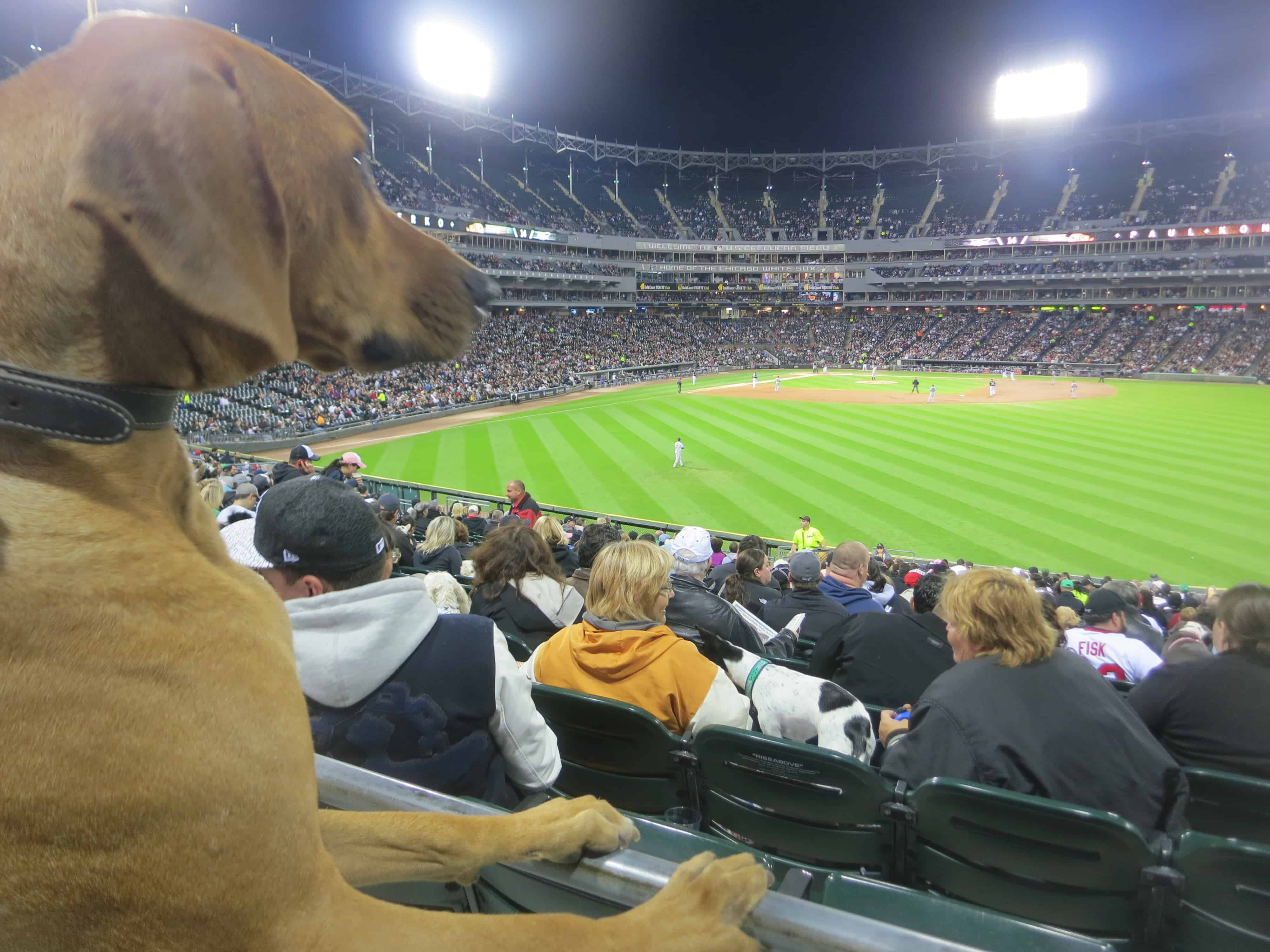 Eko cheering on the home team 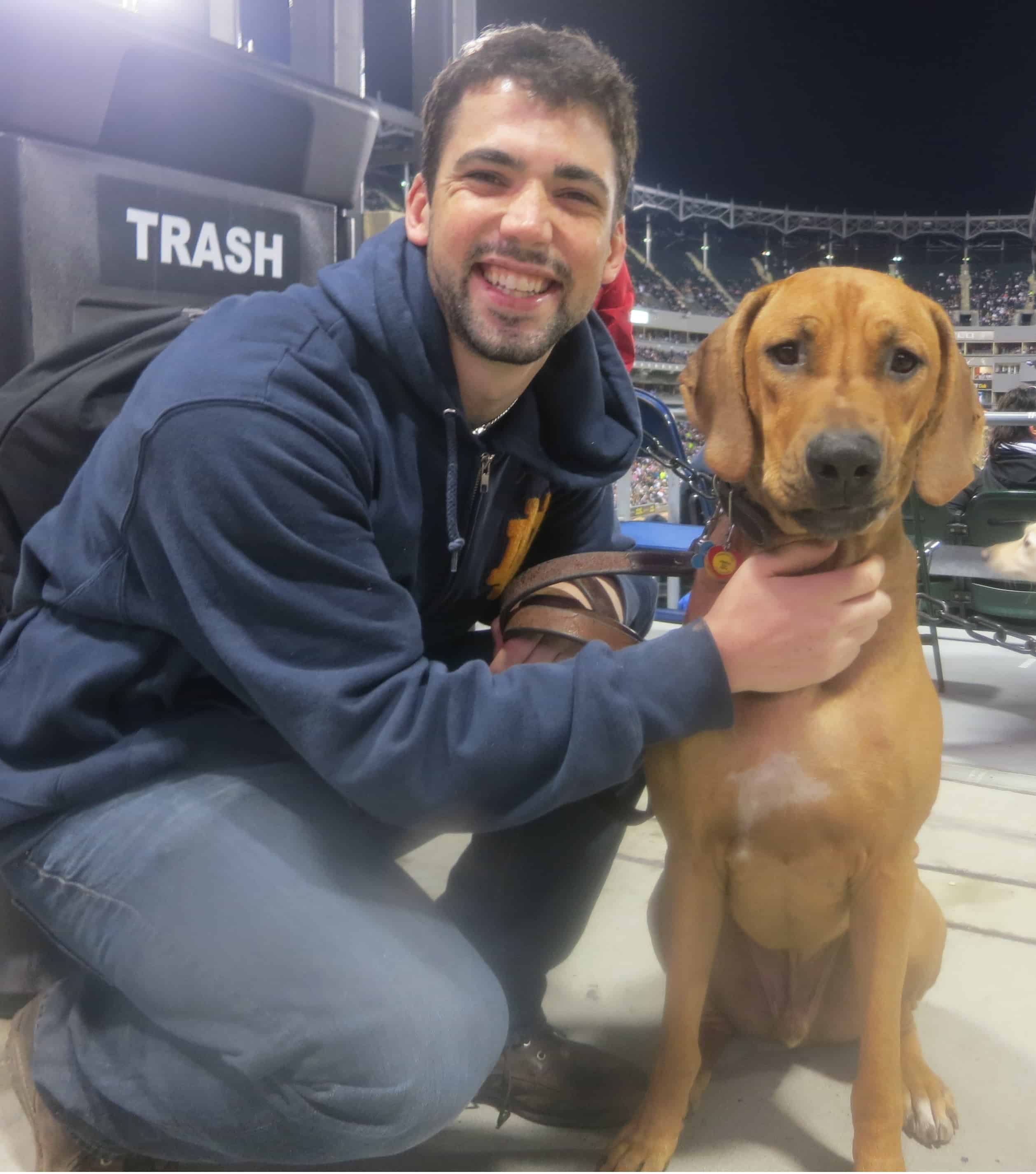 Thanks White Sox for a great night!

Due largely to the support of the dogs in the outfield, the Sox opened up a three run lead in the first inning.  Unfortunately the Sox lost the game, but the team definitely gained two new fans.  The event was incredibly organized and well put together – every dog got a free water bowl, there was a temporary grass pee-station and when I ordered a treat (a cold one) for me, it came with a dog treat for Eko.  The entire stadium staff was accommodating and helpful, and the crowd definitely loved the energy from all of the four legged fans.

Hands down the Chicago White Sox’s Dog Day was one of the BEST events we have ever attended.  I can only hope that some other teams take a cue from the White Sox and start a Dog Day tradition of their own!