In yesterday’s post about on-leash running, I mentioned that Eko and Penny, like most dogs, were born to run. Off leash, that is.  Nothing makes me or the pups happier that a wild romp at the beach Unfortunately, due to a Canine Influenza outbreak,

In yesterday’s post about on-leash running, I mentioned that Eko and Penny, like most dogs, were born to run. Off leash, that is. 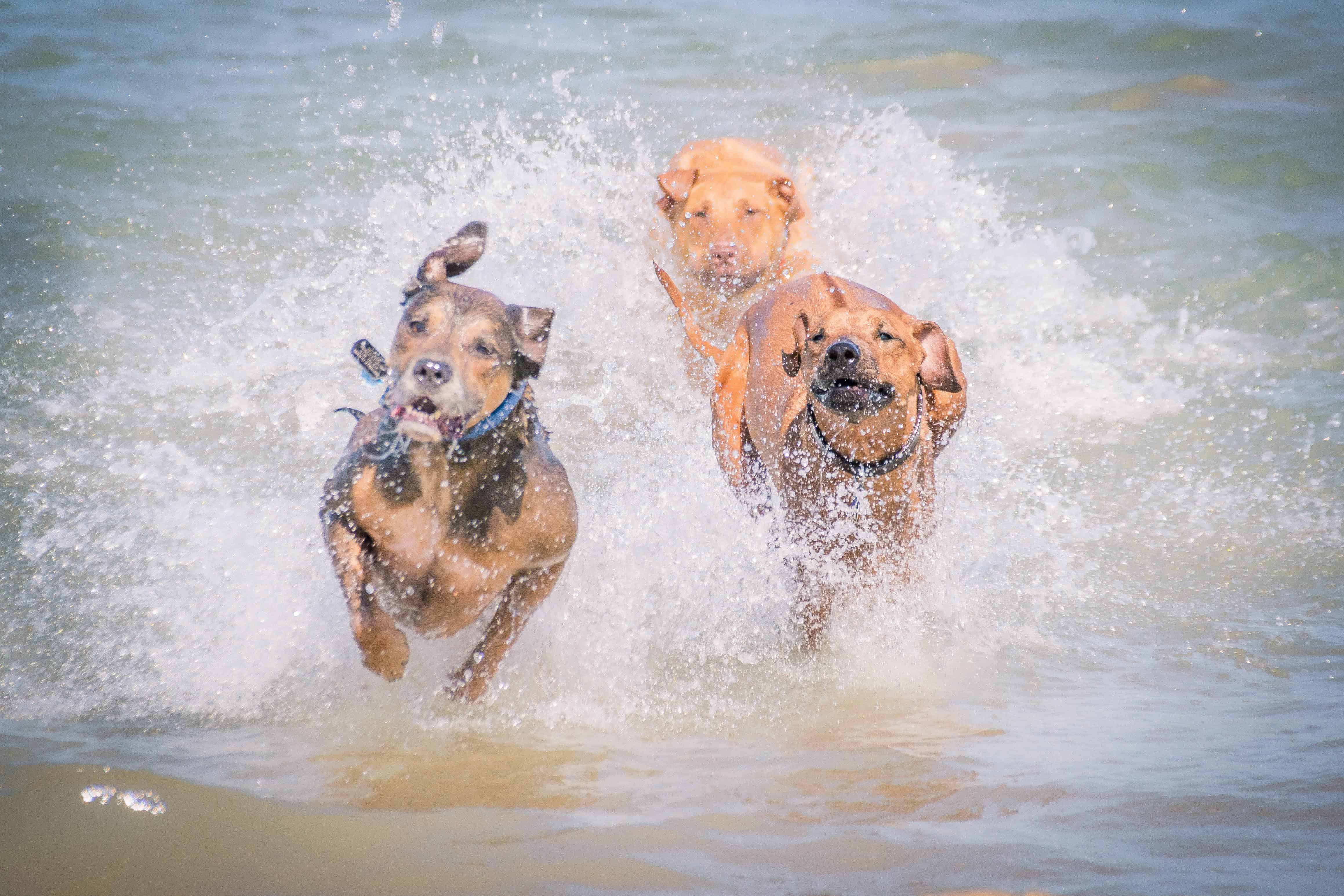 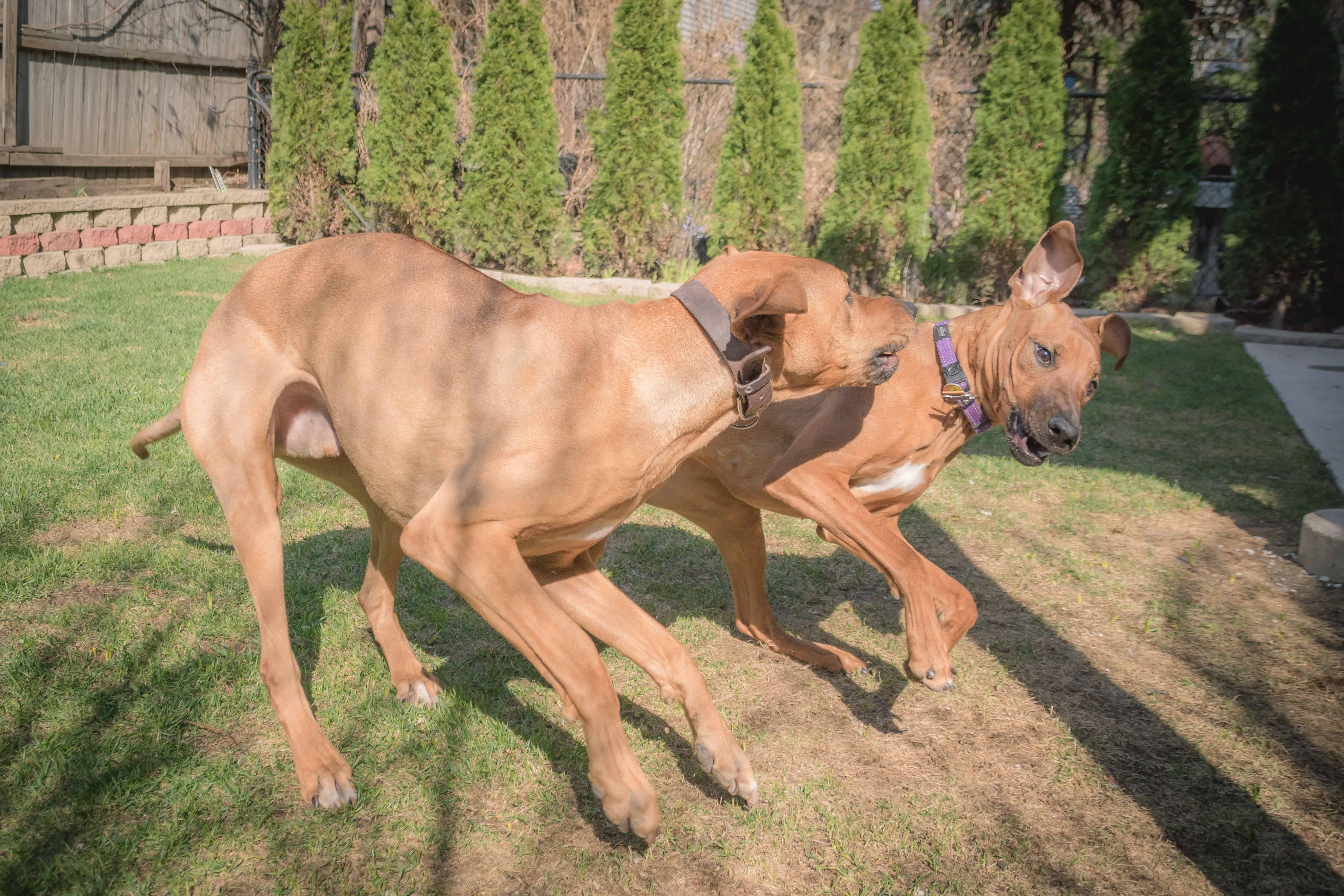 Unfortunately, due to a Canine Influenza outbreak, off leash time has been significantly reduced

Walks, training runs and backyard playdates are all great, but there’s been no replacing a full throttle off-leash run. Over the weekend I heard from my vet’s office that they are cautiously optimistic Chicago is on the tail end of the outbreak.

This is obviously great news, but I’m not ready to bring my two socialites back to their favorite (and busy) dog beach for regular romps. However, because it’s been so long since they’ve gotten to run and because it was a special occasion, I took Eko and Penny to a smaller, less frequented beach. We visited early in the morning and as I hoped, we were the only ones there. 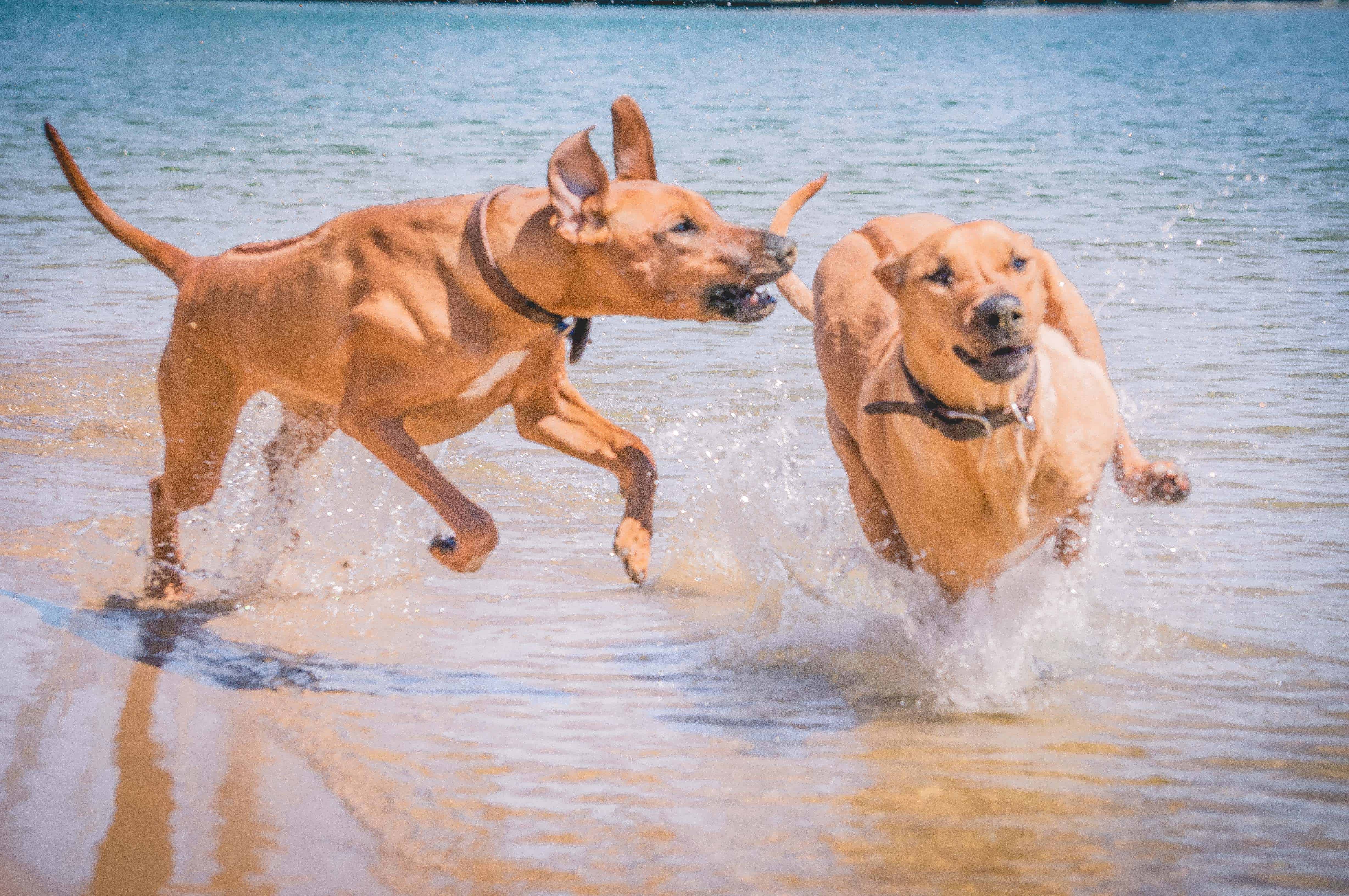 They were born to run, and run they did. 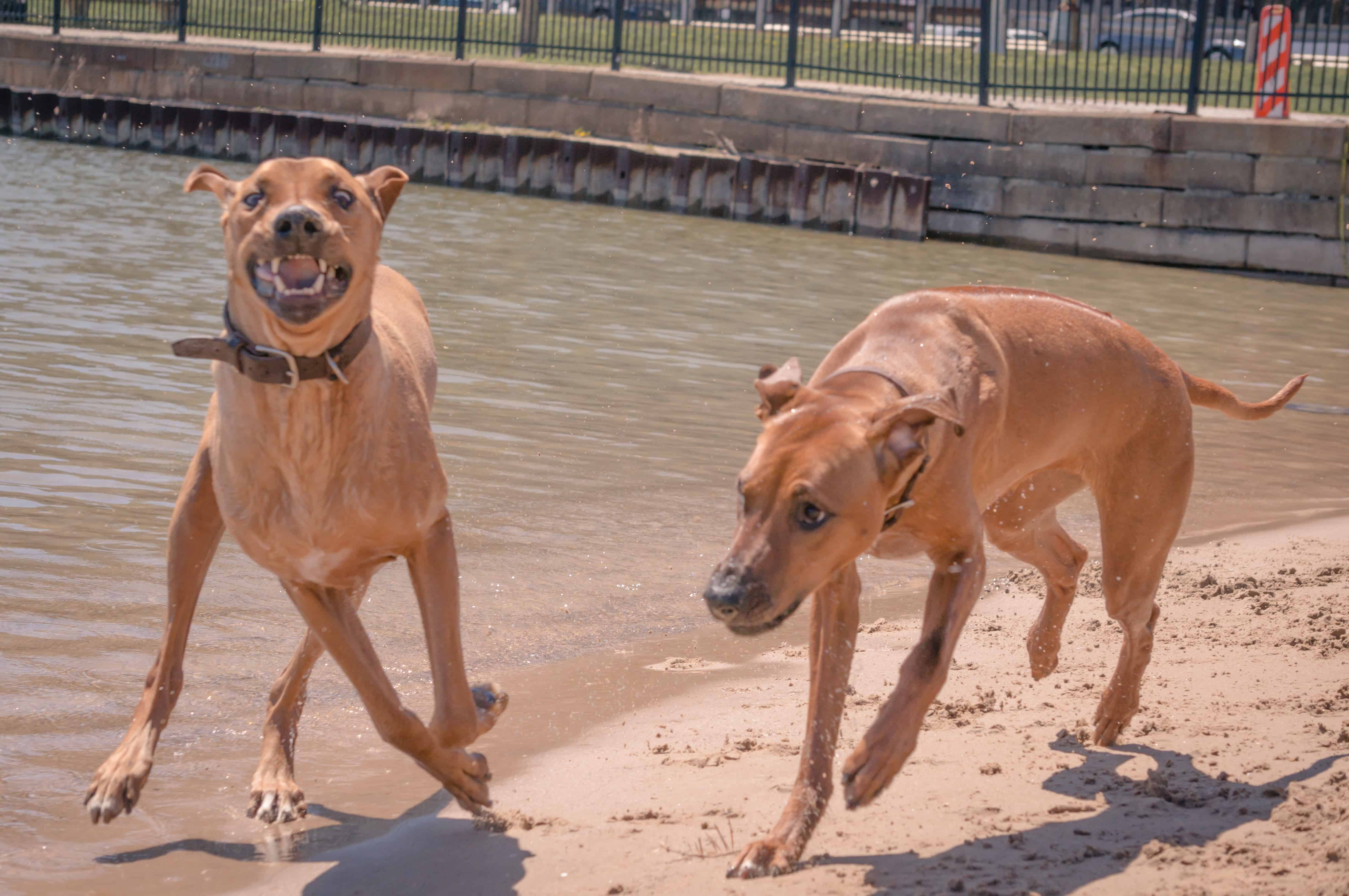 The unbridled joy of both dogs was so great to watch 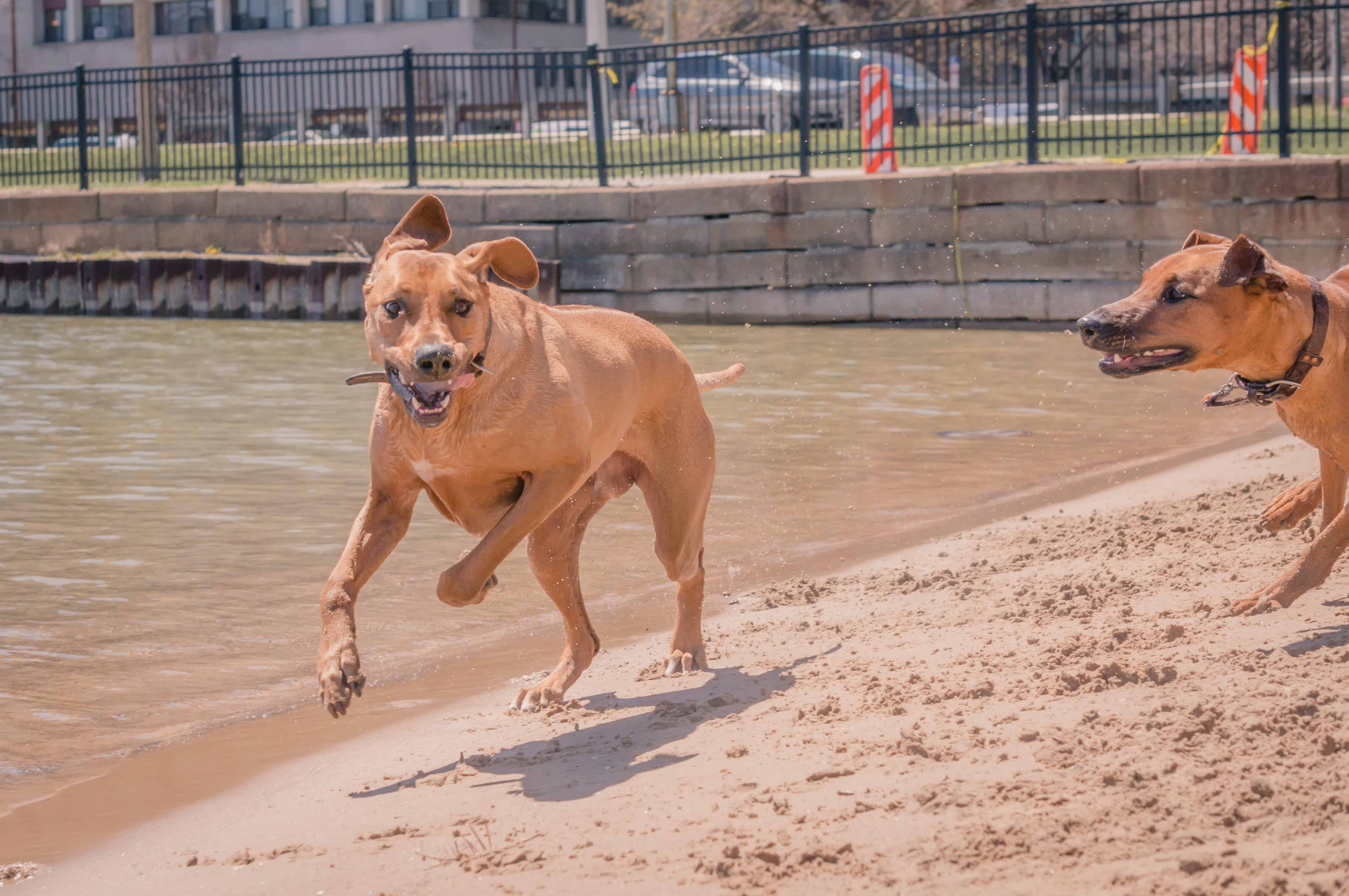 Normally Penny eggs Eko on, but he needed no encouragement this trip 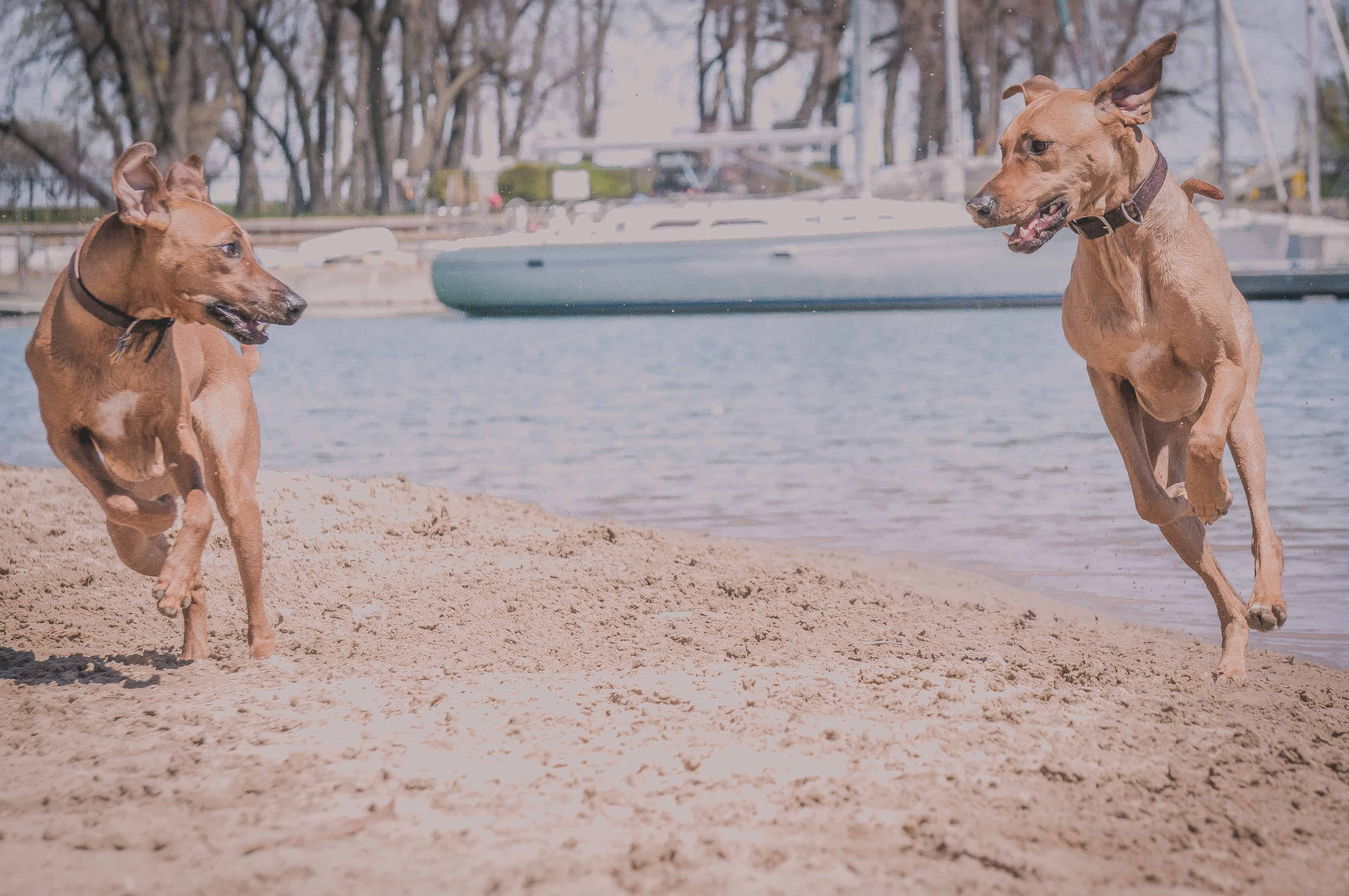 After weeks of having a cinderblock (me) attached to them, the pups were overjoyed to finally run free 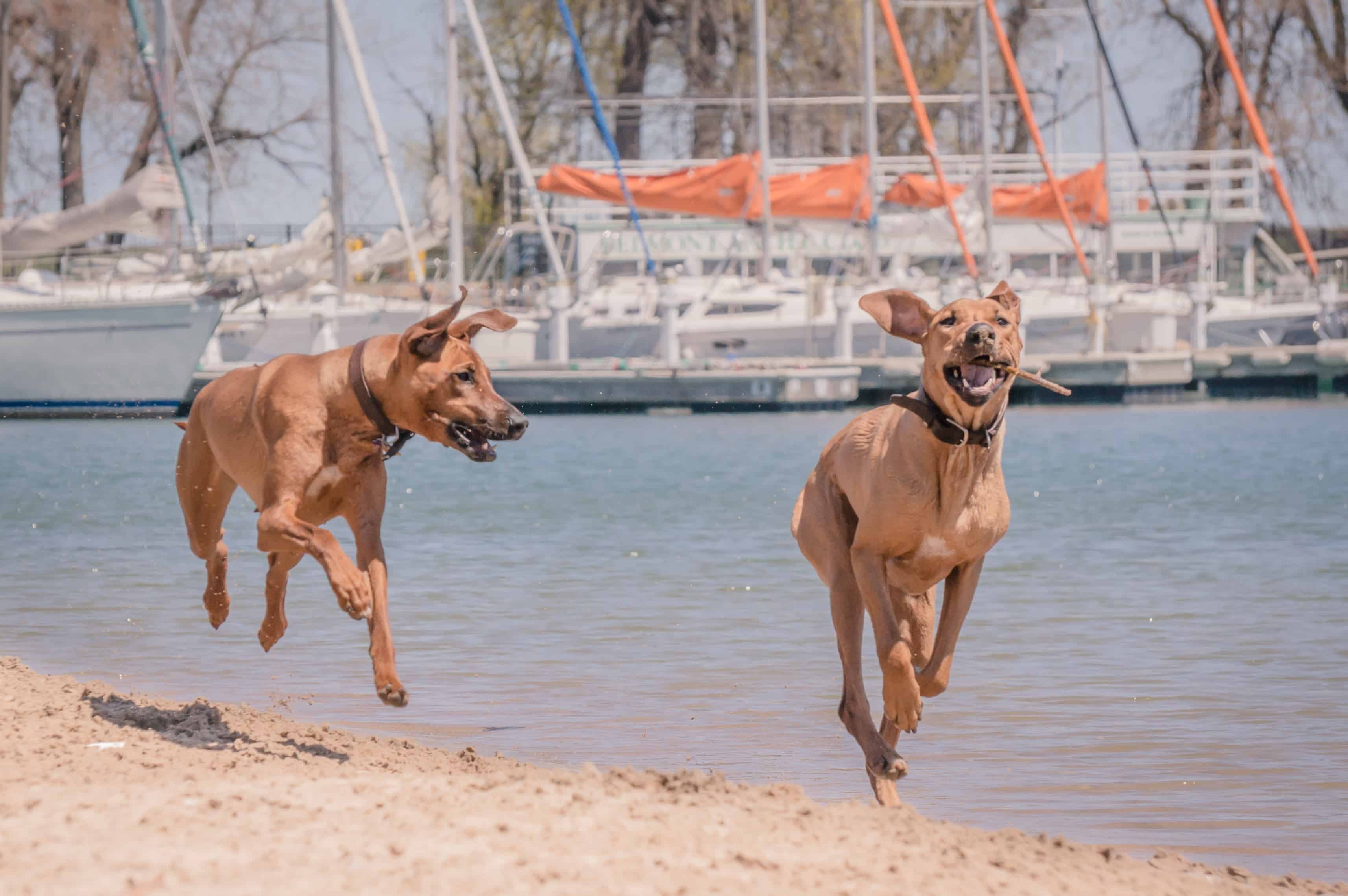 “Born to fly” might be a more accurate title for this post. I’m pretty sure their paws were in the air longer than they were on the ground

Despite encountering no other dogs on the trip and despite Penny and Eko’s influenza vaccinations, I know I took a small but calculated risk. But I think it was worth it, and not just for those glorious smiles.

I’m taking Penny into the vet tomorrow morning to get spayed. Her recovery is dependent on rest and keeping still, not two of Penny’s strong suits. I know that by running Penny ragged over the past few days I’ll help her have less anxious energy at the vet and have a greater inclination to be a couch potato in the days following surgery.

Now, I just need tomorrow to get here and go by as fast as possible so I can take care of my little girl!