Today was the day for a walking tour of downtown Raleigh.  Emphasis on was. We started our day with a visit to Oakwood Dog Park which is located just about a mile north of the heart of the city.  Like Millbrook Park, Oakwood Park is a large fenced

Today was the day for a walking tour of downtown Raleigh.  Emphasis on was.We started our day with a visit to Oakwood Dog Park which is located just about a mile north of the heart of the city.  Like Millbrook Park, Oakwood Park is a large fenced in area, spotted with trees and covered with wood chips.  The further we’ve moved away from the larger north-east cities, the larger the dog parks have gotten.  Eko is certainly a fan of the direction things are going.  I also noticed that the park had a number of water buckets spread throughout. 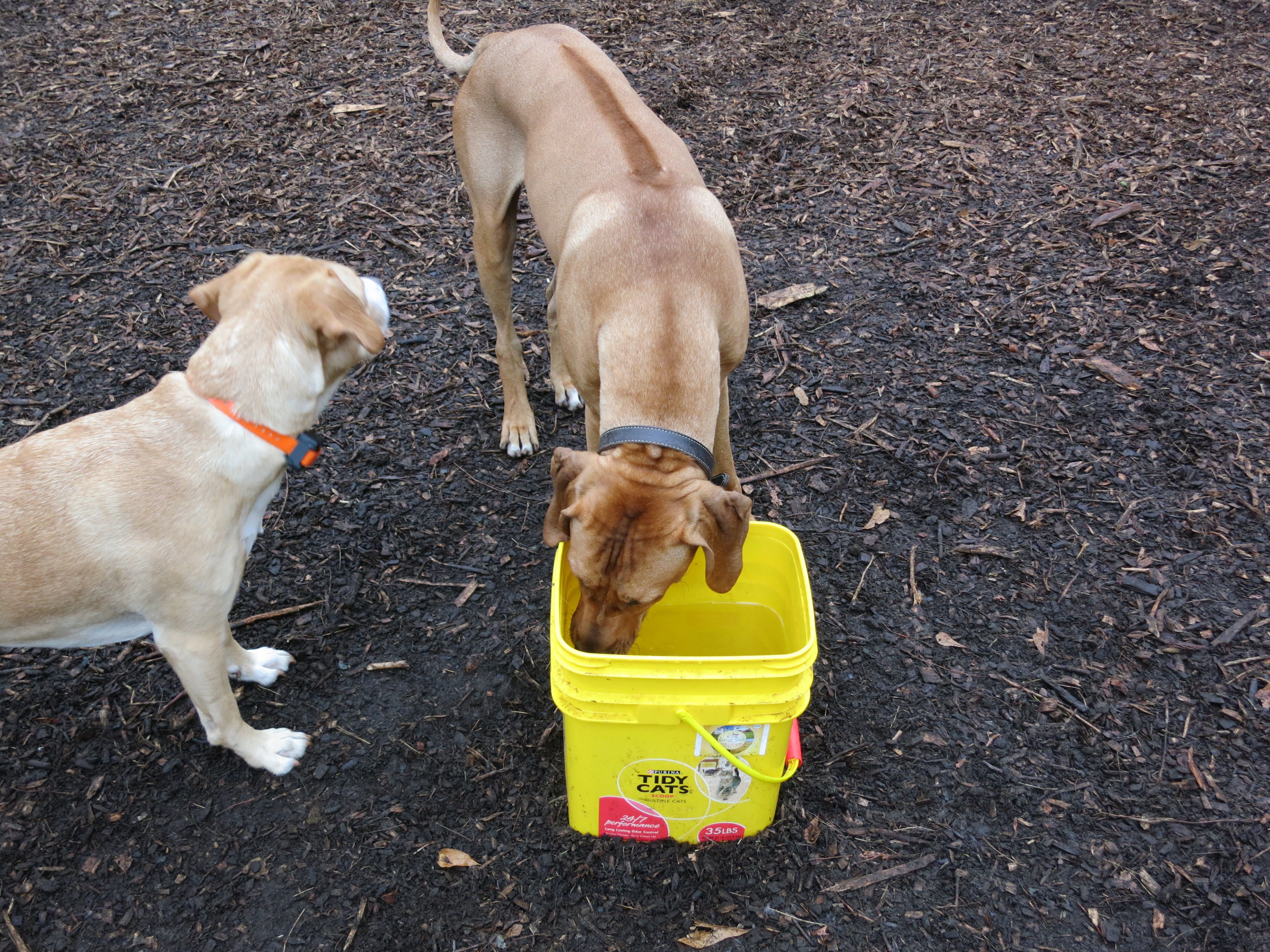 As a not smart person, I wondered what volunteer was nice enough to go around the park with a hose to fill up all the buckets.  The volunteer actually showed up that very minute and smacked me in the head – multiple times.  The volunteer who fills up the buckets is Mother Nature, and she gave Eko and me a firsthand demonstration of her routine.  The grey sky opened up and we were soaked to the bone before we had a chance to get to the car. Now we have a wet dog and a car that smells like a wet dog, but at least we know how the buckets get filled!

Our day outside was cut short by this rain, so if you know of any indoor pet-friendly locations we could really use a few suggestions.  Until then, we’re going to dry off and finish up a new video we’ve been working on.

Previous Post Yeah, Yeah, We Got Lost. But We Did Other Stuff Too! Back to all posts Next Post The Most Incredible Dog In The World

Comments for Buckets Of Fun