I’m a bit late posting today because I had to break out of my own apartment.  Not break into, mind you.  Break OUT of. My front door was frozen stuck! Sending out an S.O.S. Eko was quite confused 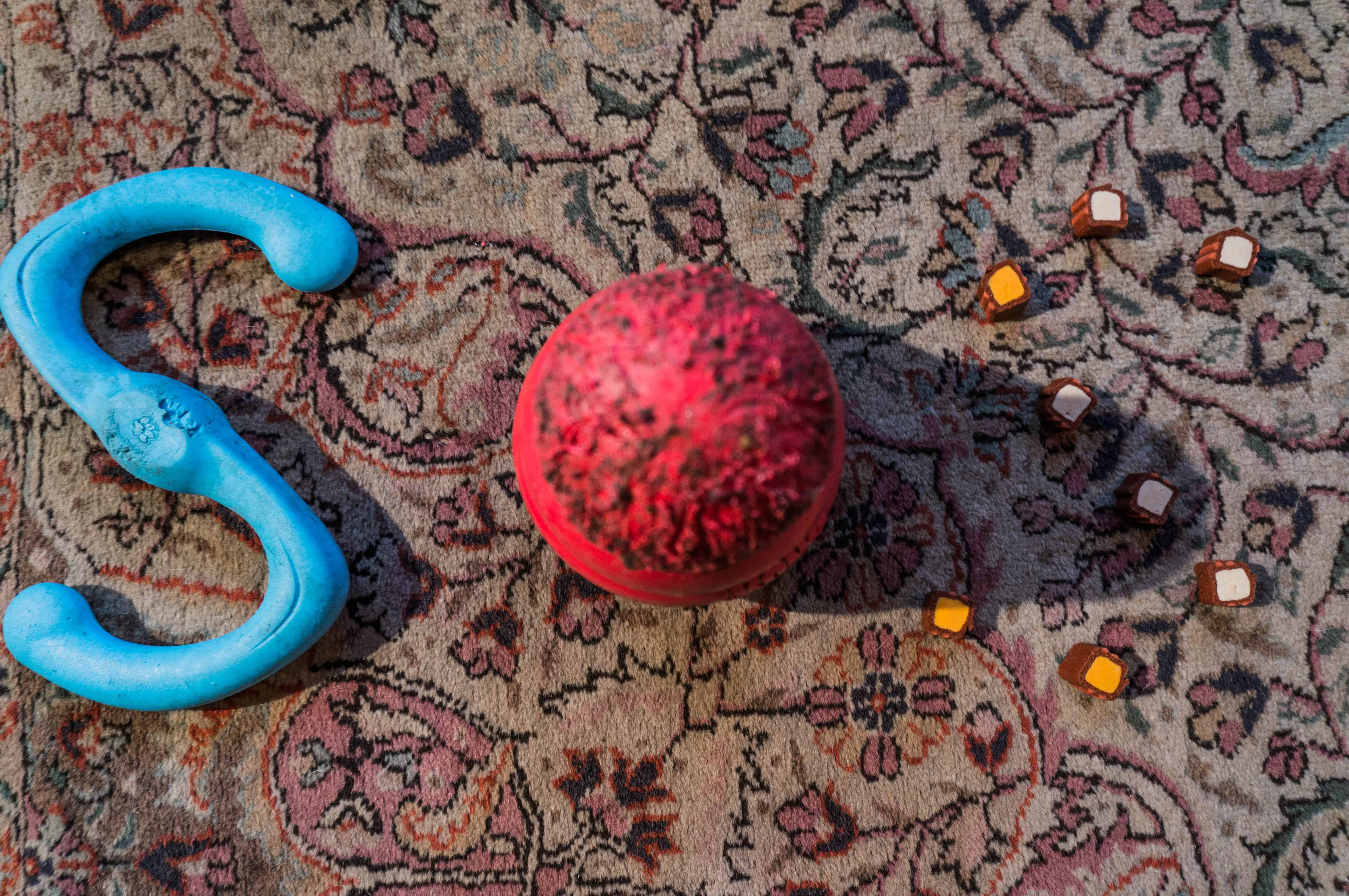 I’m a bit late posting today because I had to break out of my own apartment.  Not break into, mind you.  Break OUT of. My front door was frozen stuck! Sending out an S.O.S.

Eko was quite confused as to why I was wielding a blow dryer and a screw driver in battle against our front door, but he seemed to enjoy watching the spectacle. Eventually the door gave way and we headed out for our morning walk. The ice that is trying to take over my apartment

It was a balmy -3 degrees this morning.  Considerably warmer than yesterday, but by no means weather either Eko or I have any interest in staying outside for.  While Eko rushed to get back inside this morning he was restless before I had even taken my boots off.

Normally Eko makes an excellent piece of living room furniture, but today he had a case of cabin fever.  Without a good romp in the past few days, he had energy to burn. Until the weather warms up a bit, it’s up to me to help cure Eko’s cabin fever. My first protocol is to feed Eko all his meals from his Kong Wobbler.  He’s now a pro at eating from it, but it still requires effort and engagement that help tire him out Obedience training is one of my favorite ways to tire Eko mentally.  The focus and attention required from him really require effort on his part And while my apartment does not have much room for romping, there are still ways to get Eko some physical activity.  I love playing tug-of-war for two reasons.  One, I really make Eko work to get the toy and two, I get to practice the “leave it” command when Eko is riled up.  “Leave it” is one of the most important commands when we’re out and about and tug-of-war really helps strengthen Eko’s response

And after a full morning of puzzles, training and play? I have my favorite piece of furniture back!

Tomorrow the temperature should jump to around 14 degrees and on Thursday it will skyrocket to a tropical 25 degrees.  Eko and I will be back to our wintertime adventures shortly, but until then we’ll do our best to stay sane.

Previous Post Today Has Been Canceled Back to all posts Next Post Do You Know Where The Warmest Place In Your House Is?