What are our pets up to when prying eyes aren’t around? I used some 20th century detective methods to learn what I could, but I knew my strategy would never get me the full truth. That’s why I decided it’s time to employ some 21st century snooping measures.

What are our pets up to when prying eyes aren’t around? I used some 20th century detective methods to learn what I could, but I knew my strategy would never get me the full truth. That’s why I decided it’s time to employ some 21st century snooping measures. 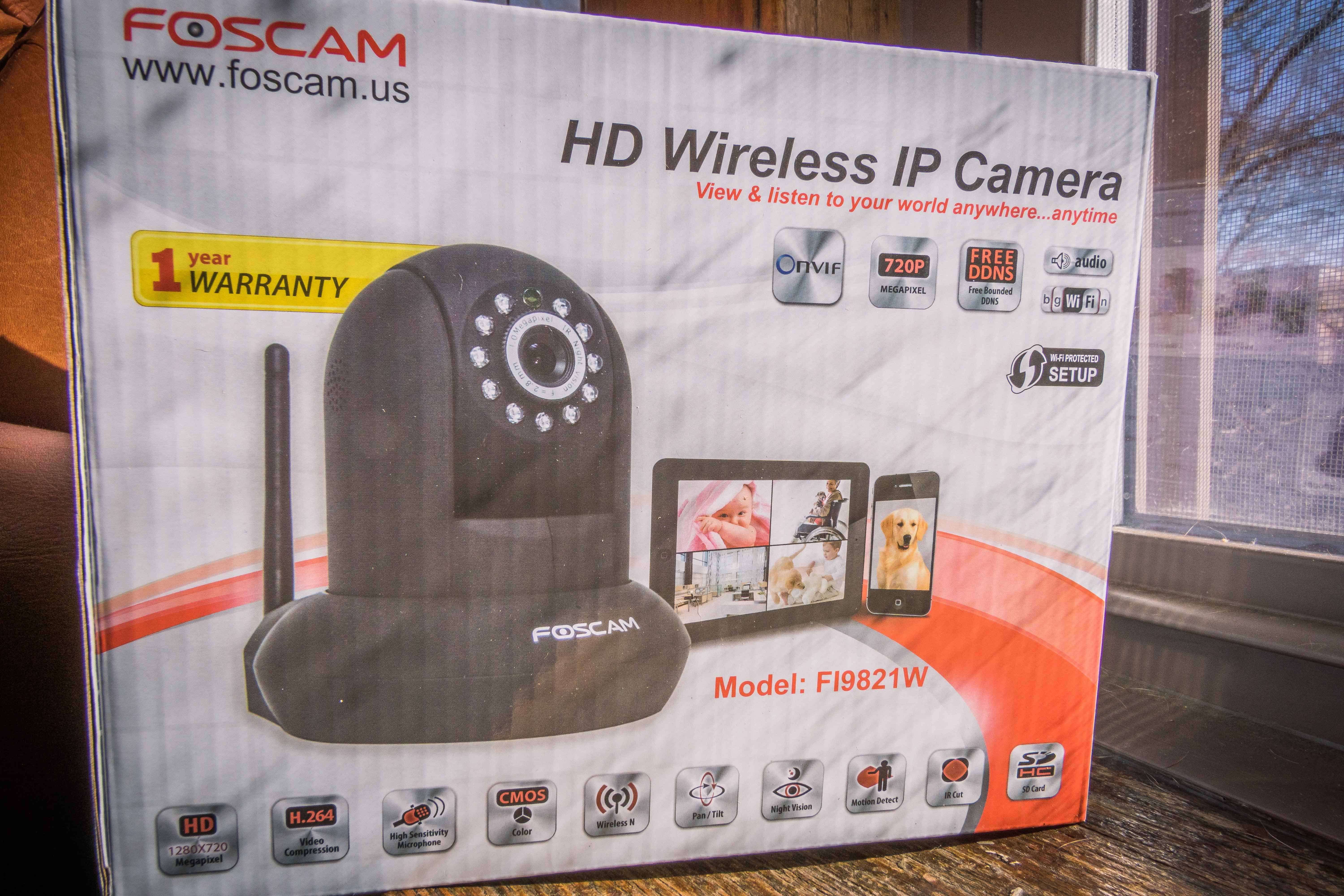 Big Brother has arrived! For around $50 on sale I found this well reviewed IP camera which runs on my home network 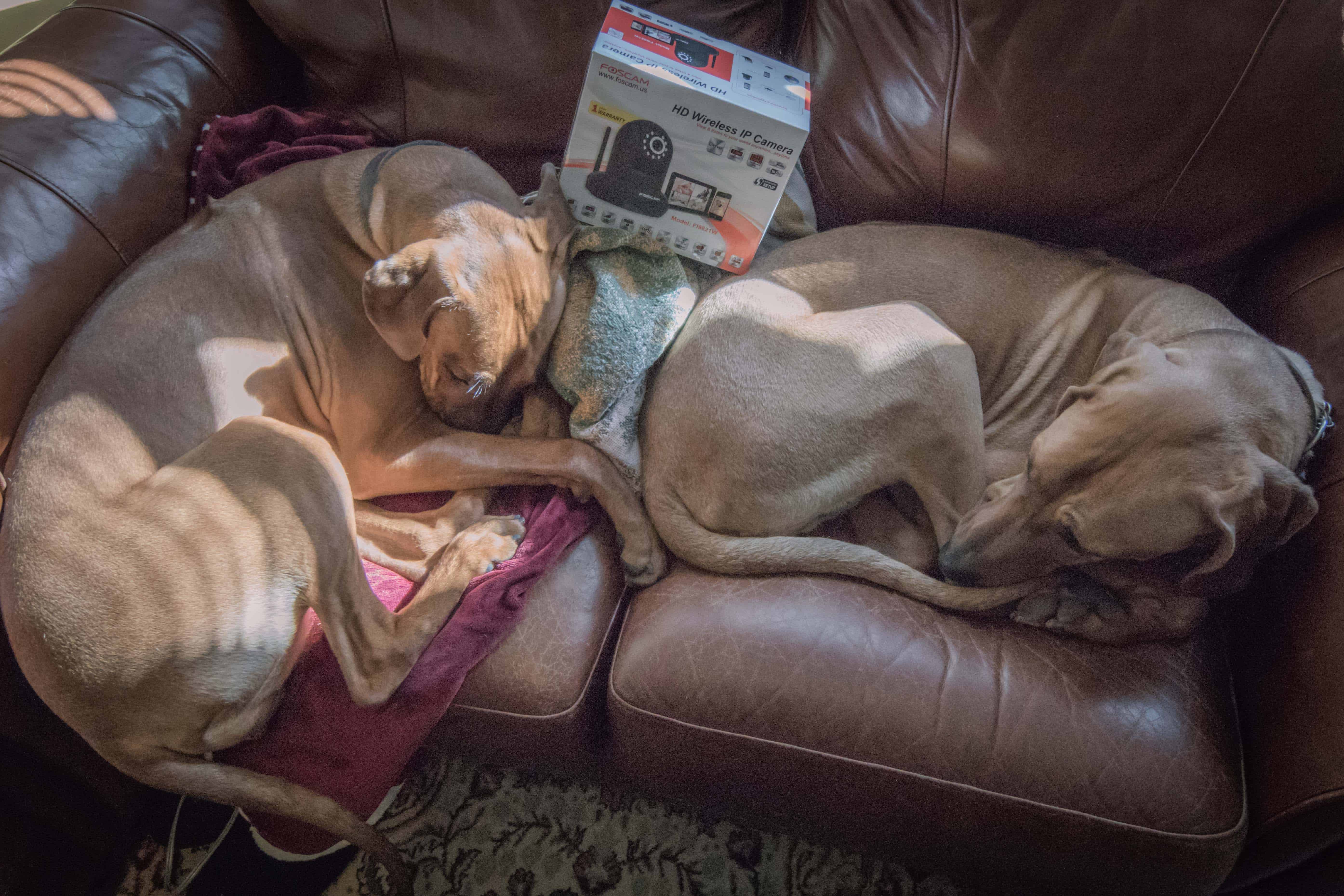 Eko and Penny didn’t seem bothered by the impending surveillance system, but I’m sure they were shaking in their boots 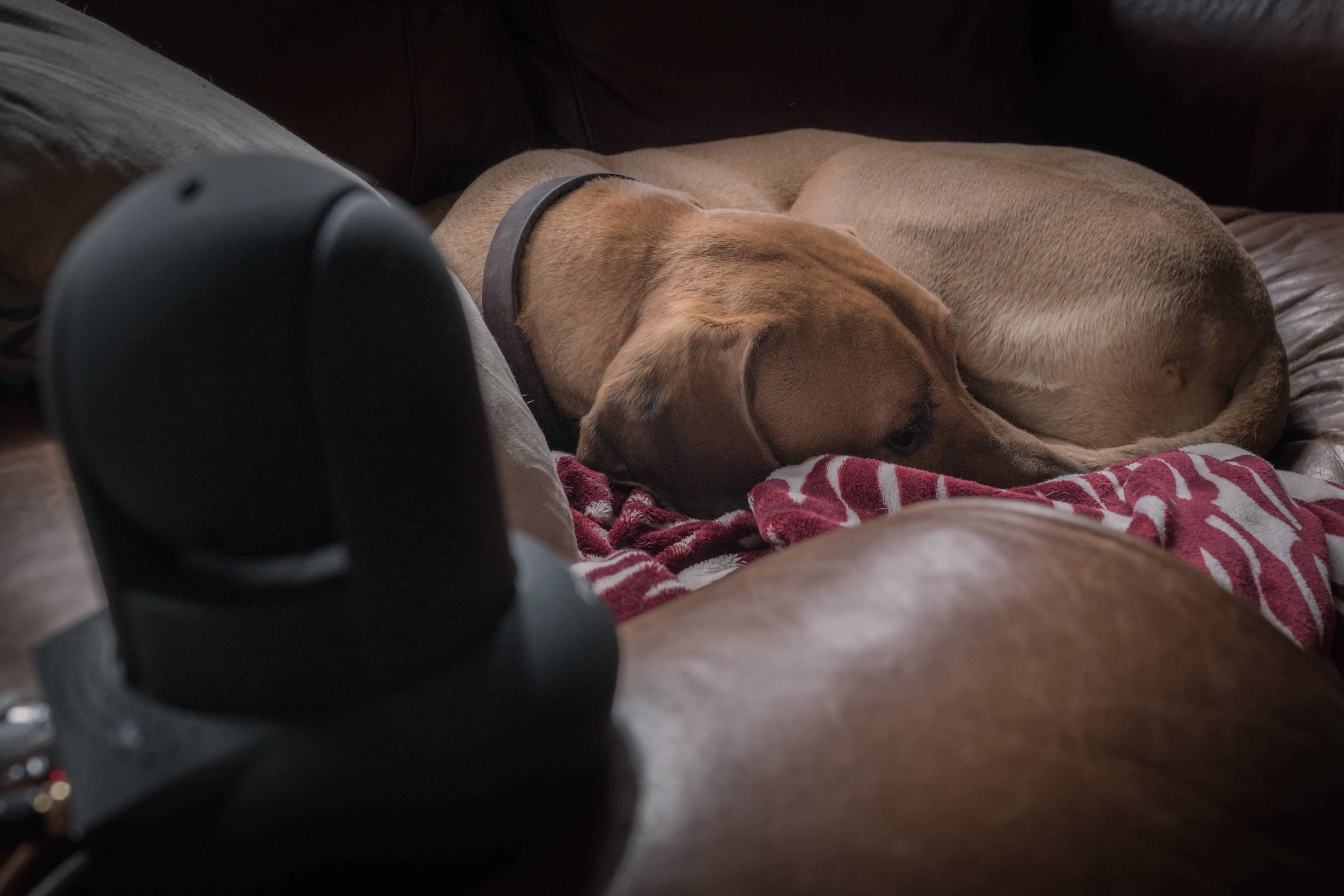 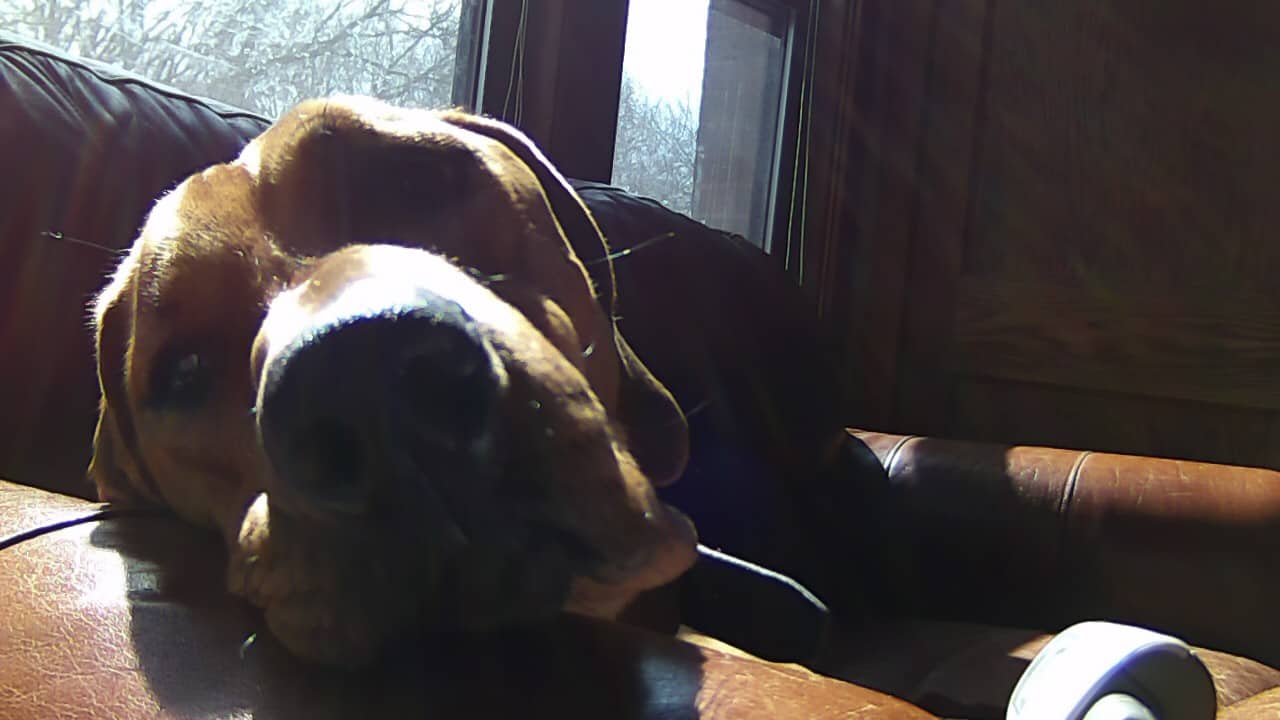 The footage was truly riveting 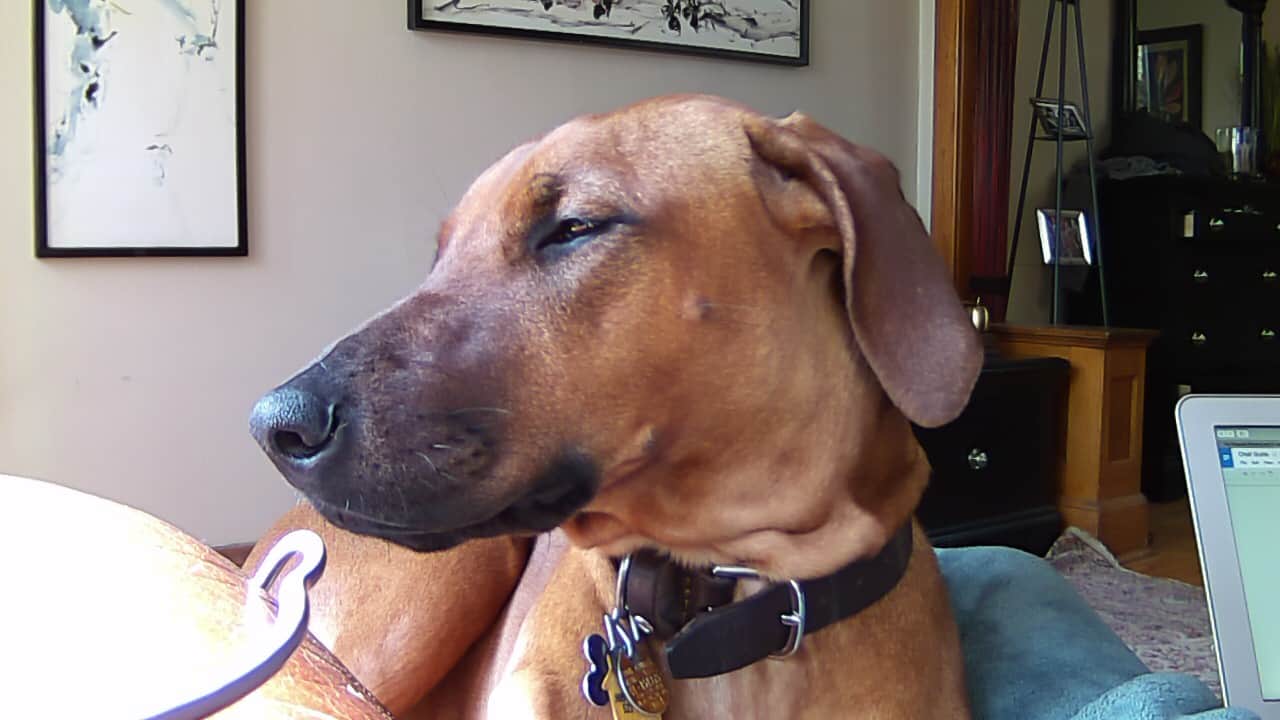 I mean, can you even stand the excitement? 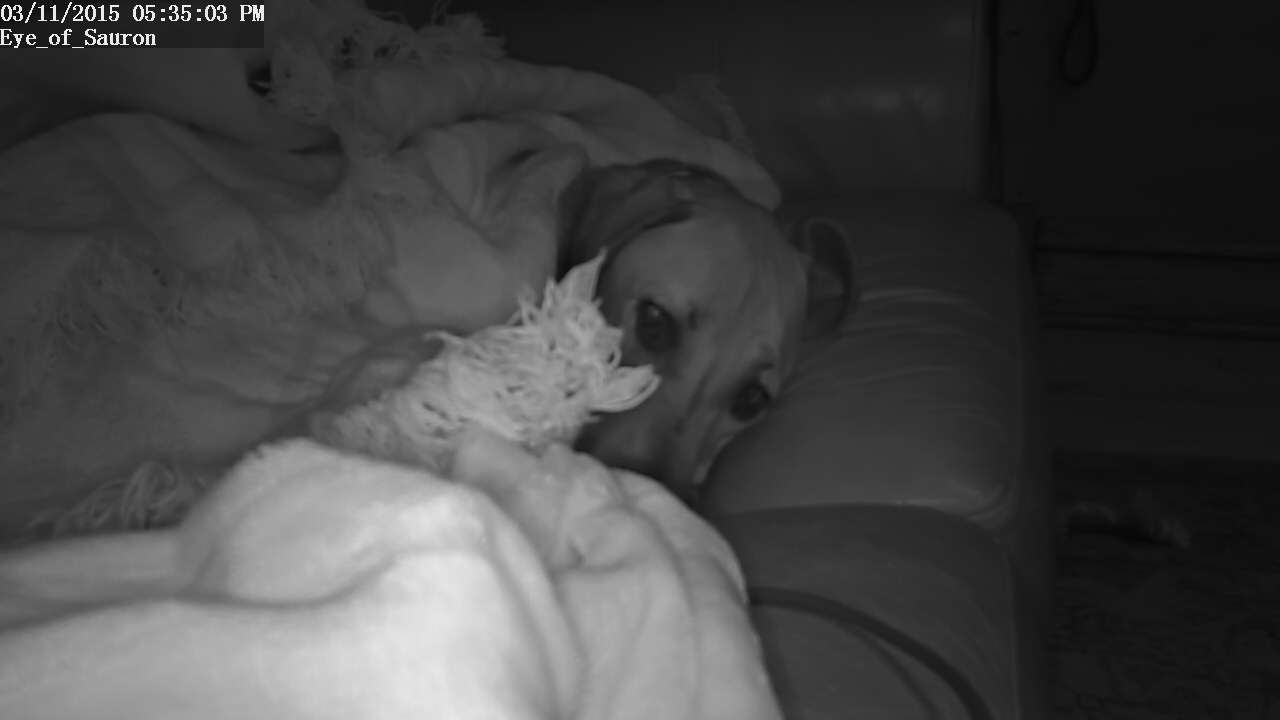 The ruckus continued deep into the night, but lucky the camera is equipped with IR 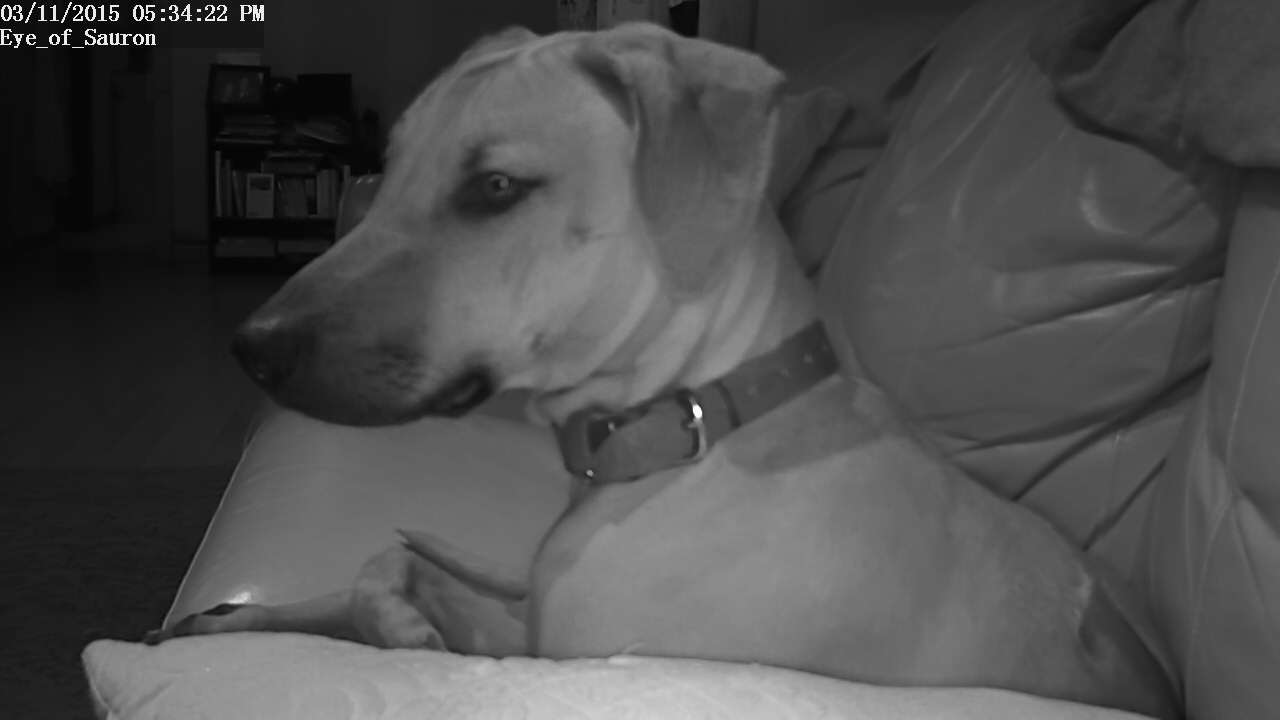 Penny’s up to something, I just know it

Alright, so day one with the camera didn’t provide much action, but that was expected. It was a test run and I was sitting just a few feet from the pups. The real reason I got the camera is to keep an eye on the dogs when I’m not around. Particularly Penny. Mostly Penny. Just Penny.

The plan in the next few weeks is to reintroduce Penny to staying outside of her crate when I leave the apartment. She lost her free-range pass due to a torrent of destruction I’d like to avoid this time around. Rather than sweating it out when I leave Penny for the first time, I’ll be able to watch and track her every move on my phone. 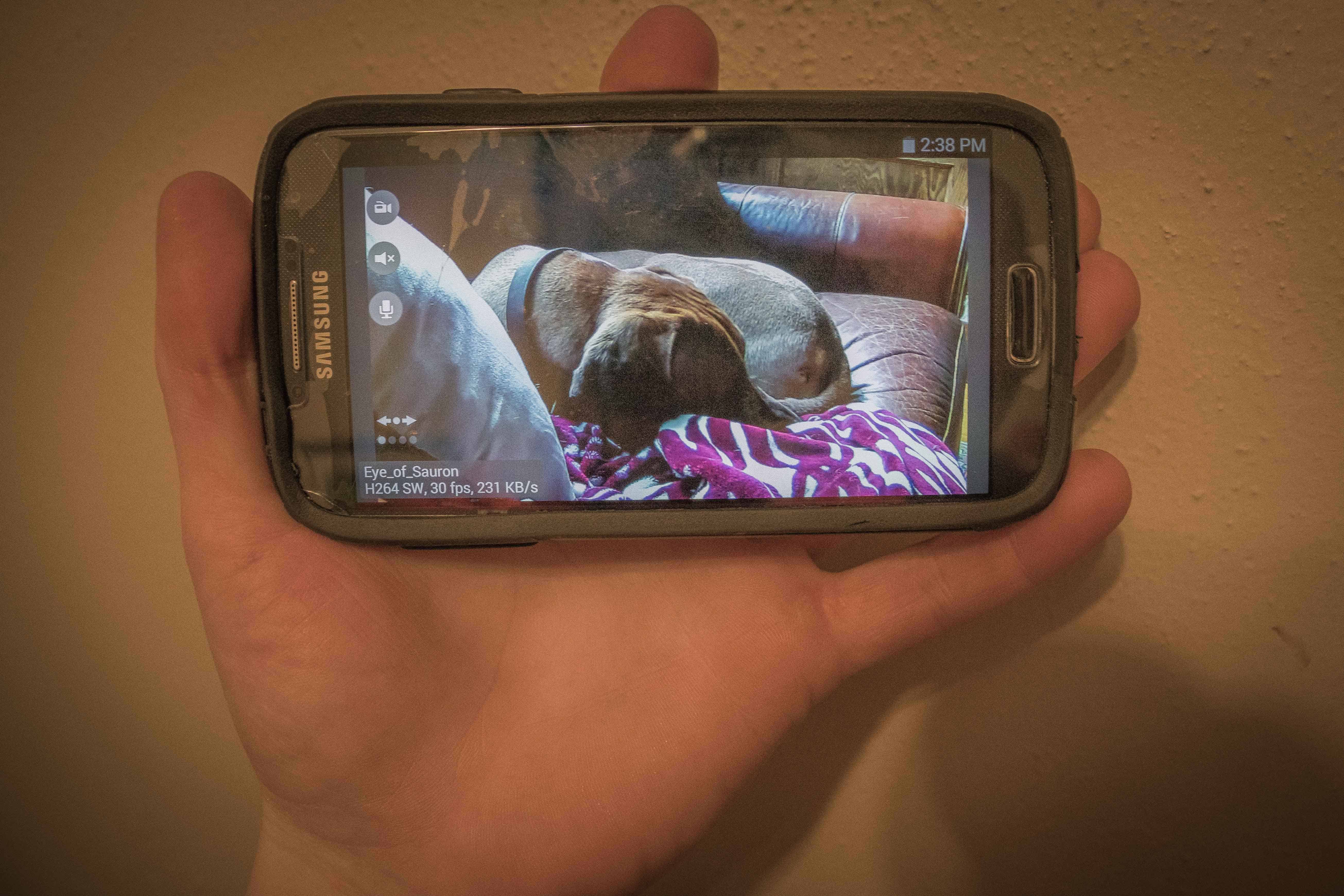 I can also watch Eko’s every not-move. The guy naps like a champ

The tables have turned! Now I’ll be the one being sneaky when Penny’s left alone. And I’ll be able to see whatever trouble she decides to get into. Unless of course she decides to eat the camera.

…hm, I may need to invest in some bullet-proof glass to surround the camera if I want this plan to work.  We shall see. Updates to come!

Comments for Call Me Snoopy (Part 2)