Close Encounters Of The Bird Kind

Winter is certainly taking its sweet time leaving Chicago.  The waterline at the dog beach looks like it belongs in the Arctic Circle. Eko “The Ice Breaker” refuses to let the mini-glaciers slow him down Nevertheless, there are a few signs that spring weather

Winter is certainly taking its sweet time leaving Chicago.  The waterline at the dog beach looks like it belongs in the Arctic Circle. 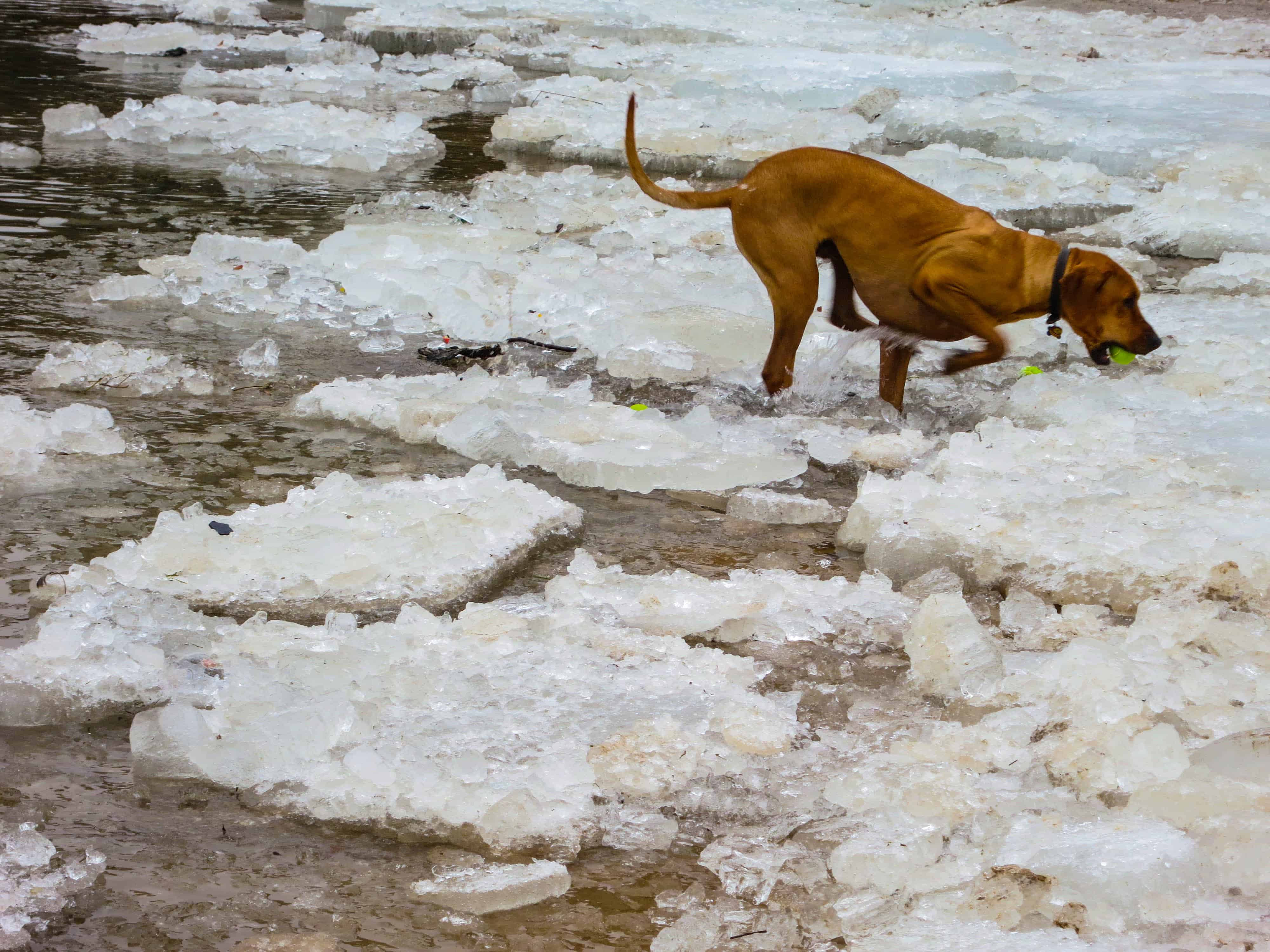 Nevertheless, there are a few signs that spring weather must be near.  And while the dog beach was deserted of dogs, there were some new friends for Eko to check out. 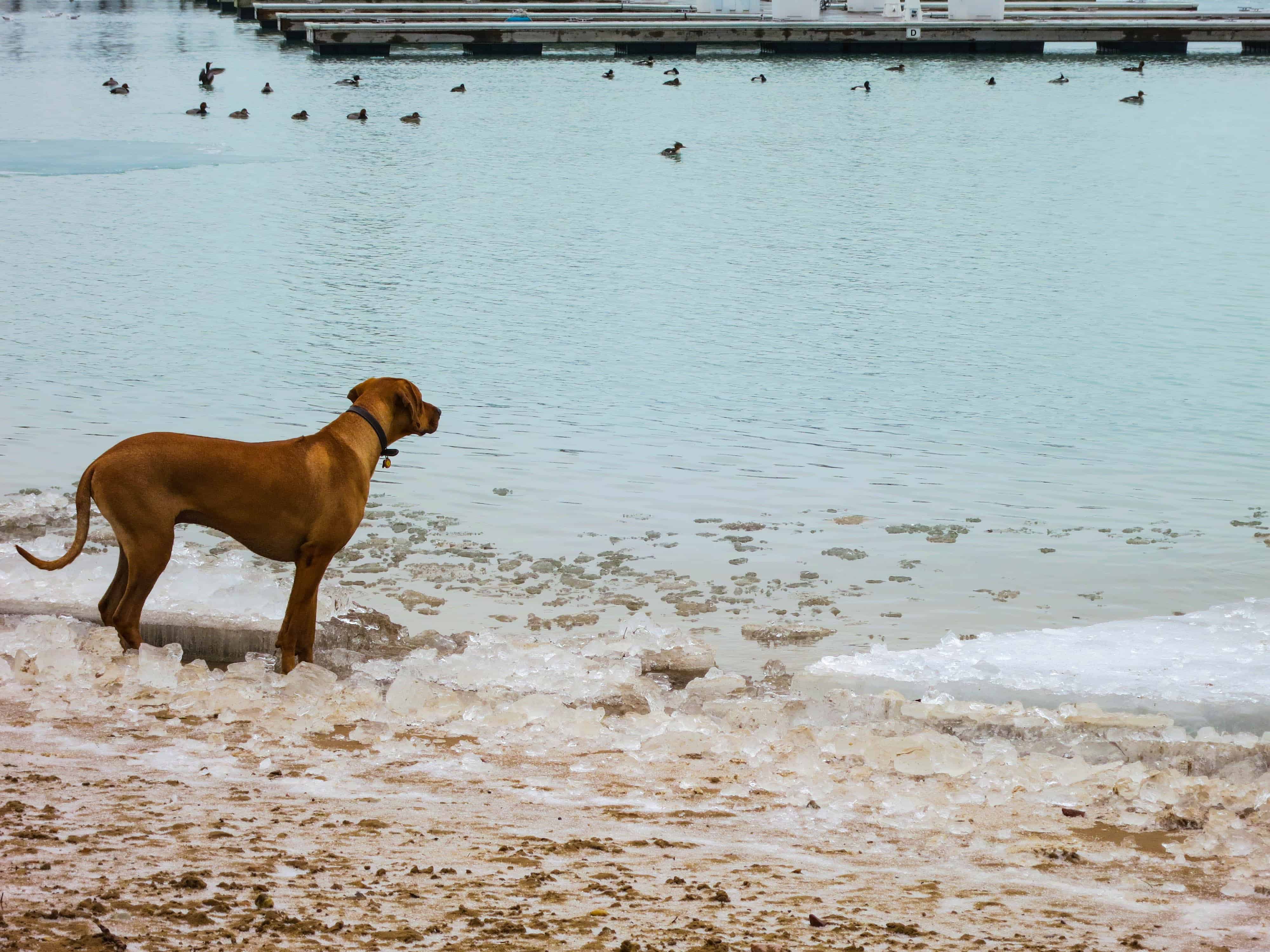 It’s been a long time since Eko’s seen any ducks, so he was enthralled by the large flock a couple dozen yards off the beach 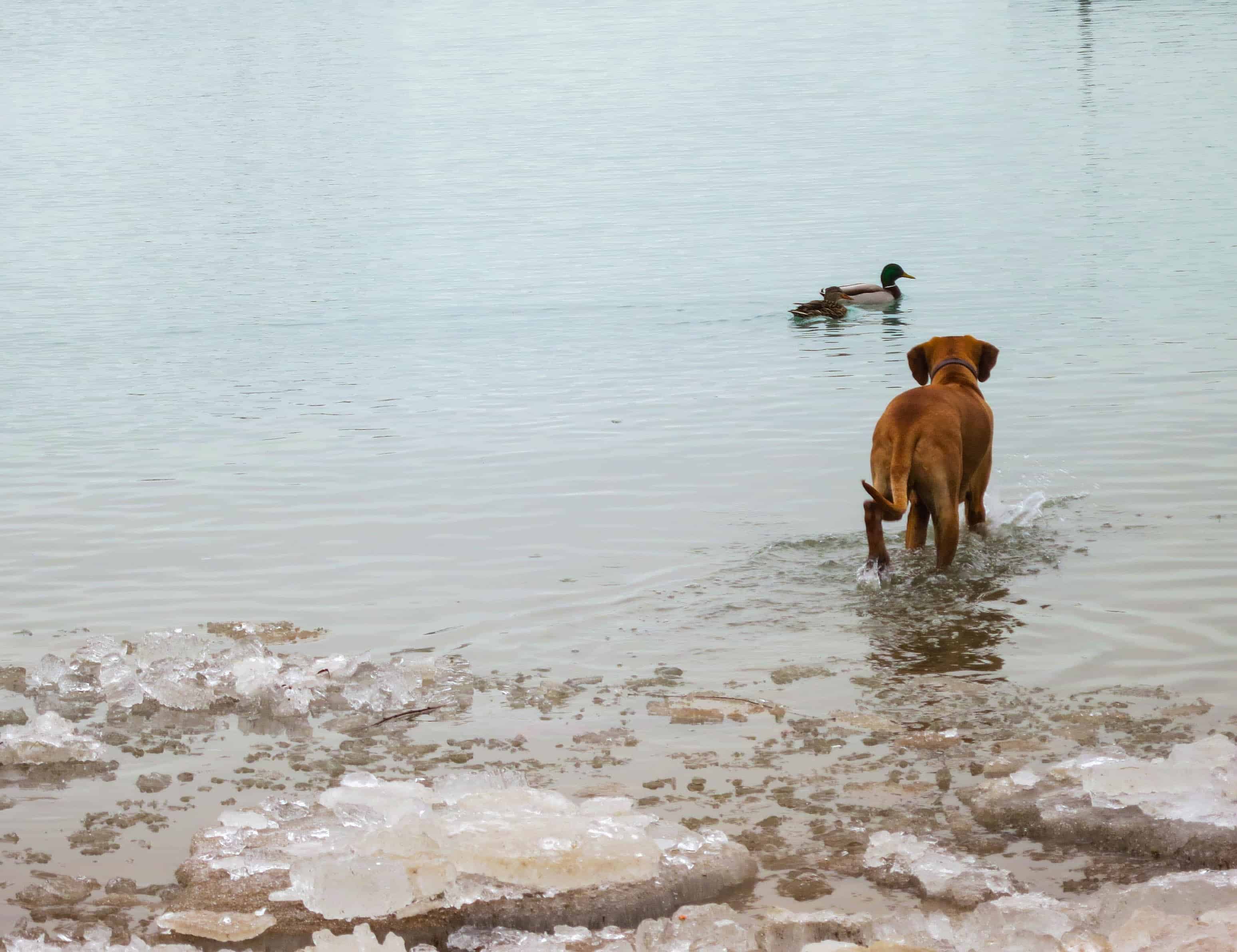 Eko decided to introduce himself to a pair of ducks.  I was certain they would fly away before he got anywhere near them 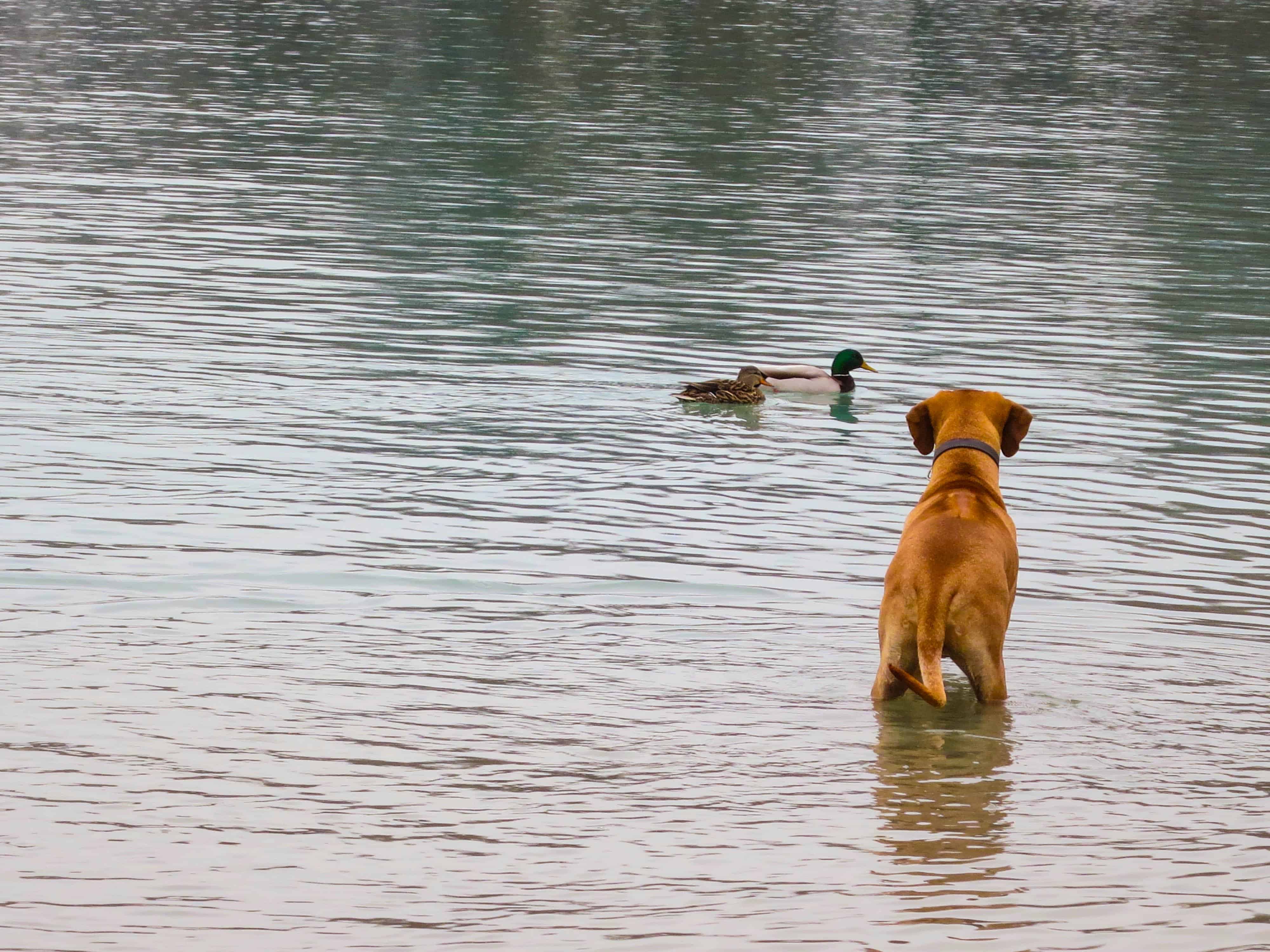 But Eko very calmly approached the two without making any sudden moves.  They watched him closely but didn’t seem bothered 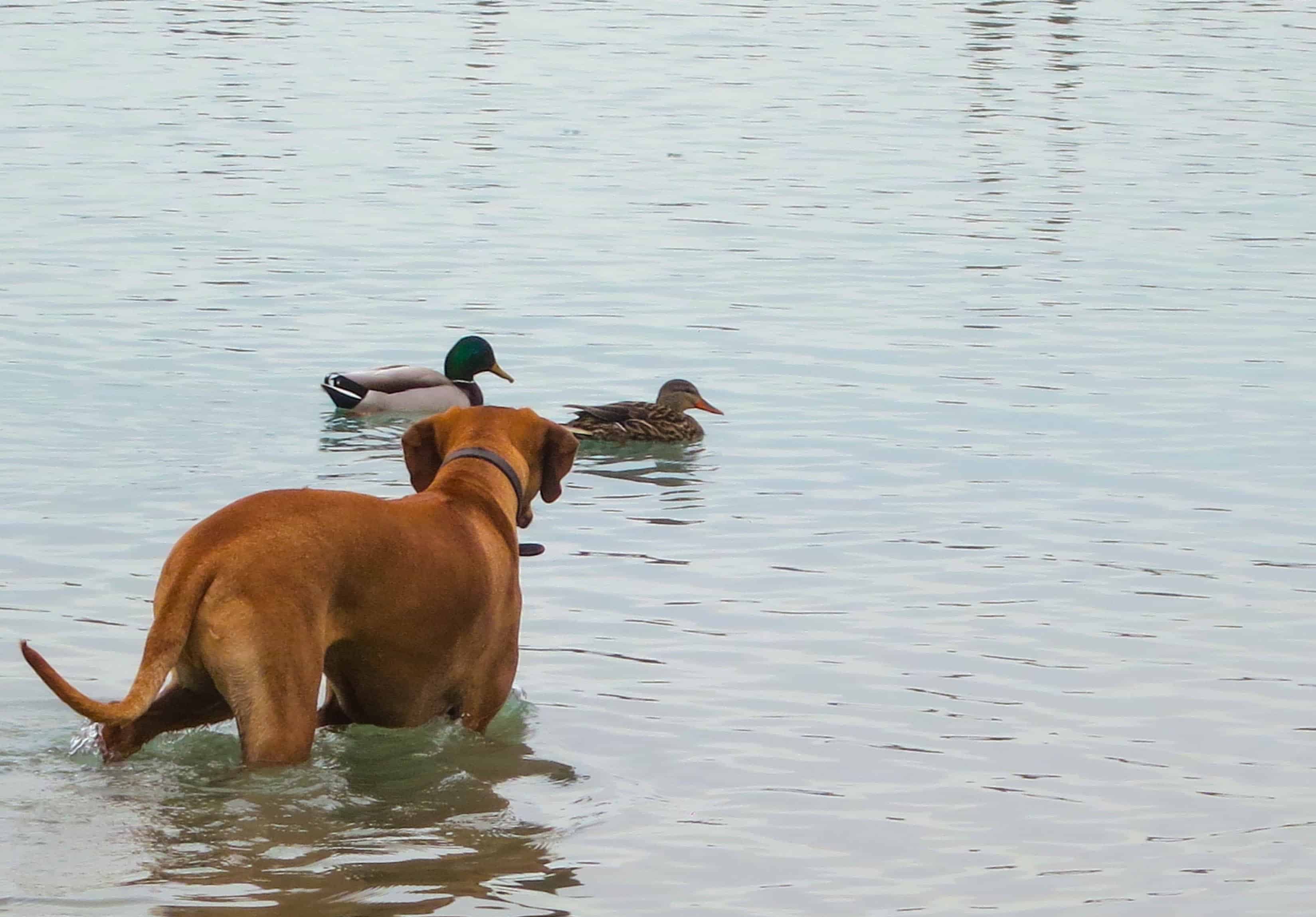 I couldn’t believe how close he got!  There he was, just a few feet from the ducks, perfectly still.  I have no idea what his plans were, but they were quickly put to rest when the female duck started to chase Eko! 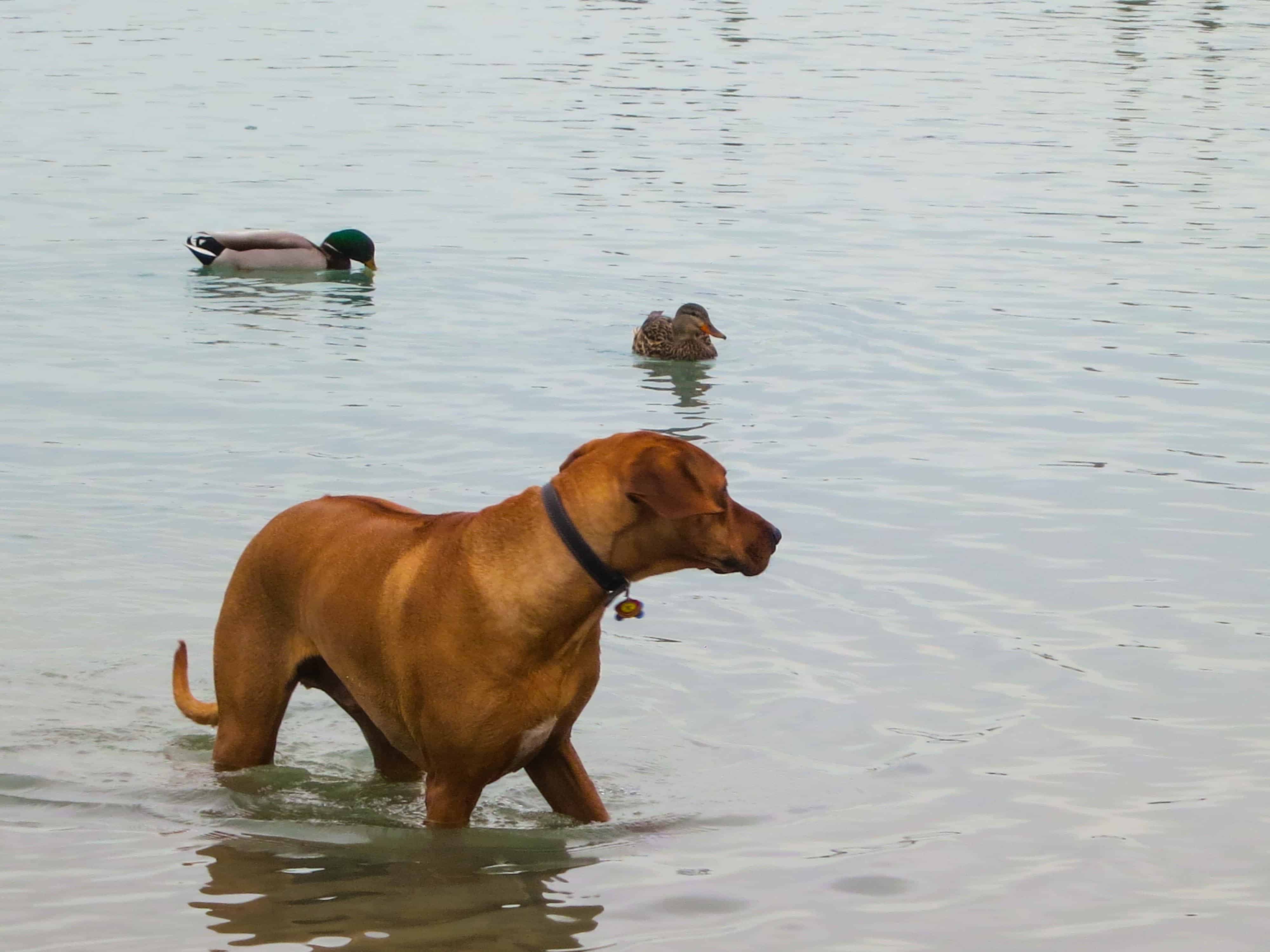 Some tough guy Eko is!  The loud quacking and wing flapping sent Eko packing with his tail between his legs

Eko is indifferent to squirrels, loves chasing rabbits and geese but apparently wants to make peace with ducks.  Not sure how that works.

Anyone else have a funny inter-species meeting story with their pet?

Previous Post My Favorite Dog Grooming Products Back to all posts Next Post How Strong Is A Dog’s Sense Of Smell?

Comments for Close Encounters Of The Bird Kind