I like to think I’ve done a pretty good job socializing Eko and Penny and introduced them to all things a dog needs to know about. But with our recent move I discovered Penny’s missed out on a number of domestic lessons. Due to the sardine-can size of the apartment

I like to think I’ve done a pretty good job socializing Eko and Penny and introduced them to all things a dog needs to know about. But with our recent move I discovered Penny’s missed out on a number of domestic lessons.Due to the sardine-can size of the apartment we previously rented, we never had room for a table. We ate all our meals on barstools at the butcher block, so Penny never learned table manners. Now that we have a kitchen table again we’re dining with a couple of sharks. 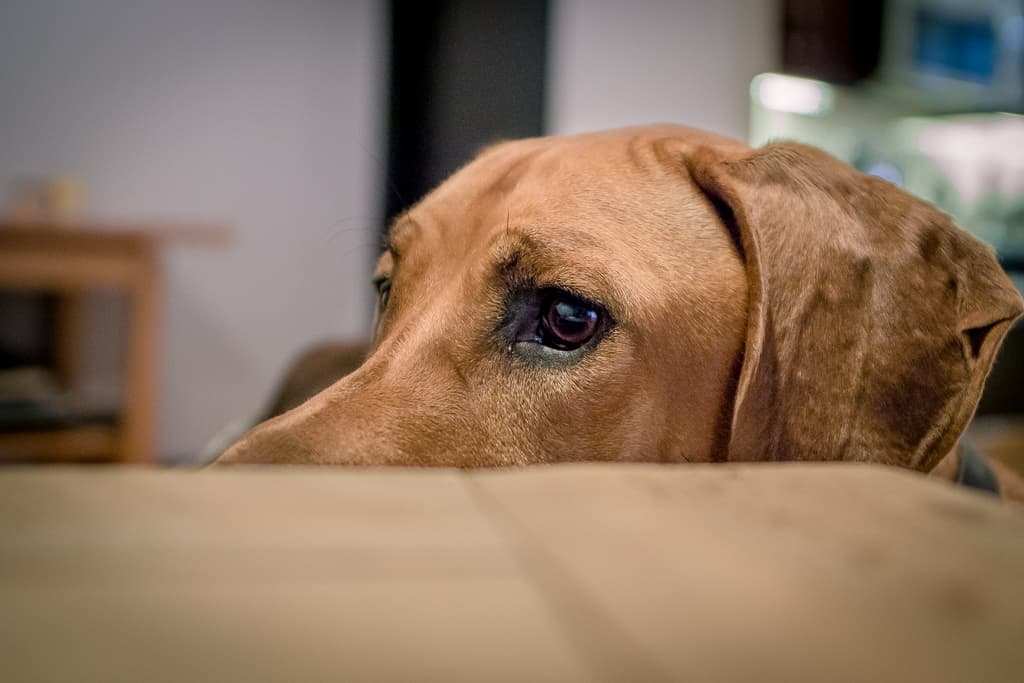 Eko attempts to use mind control to get us to drop food, but at least he knows not to intrude 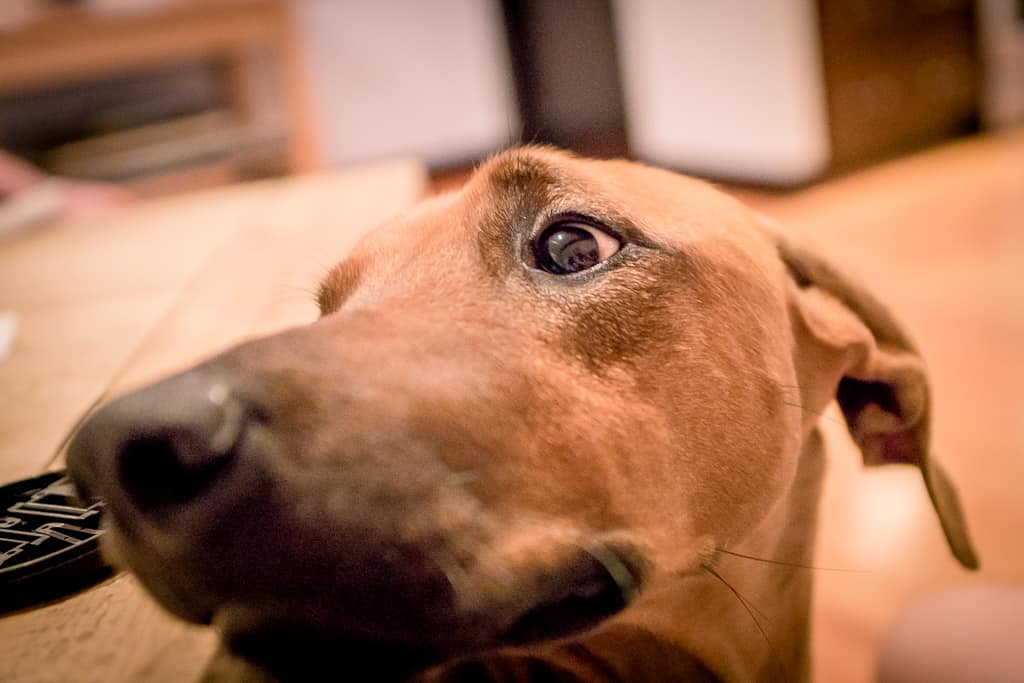 Penny knows no such restraint. 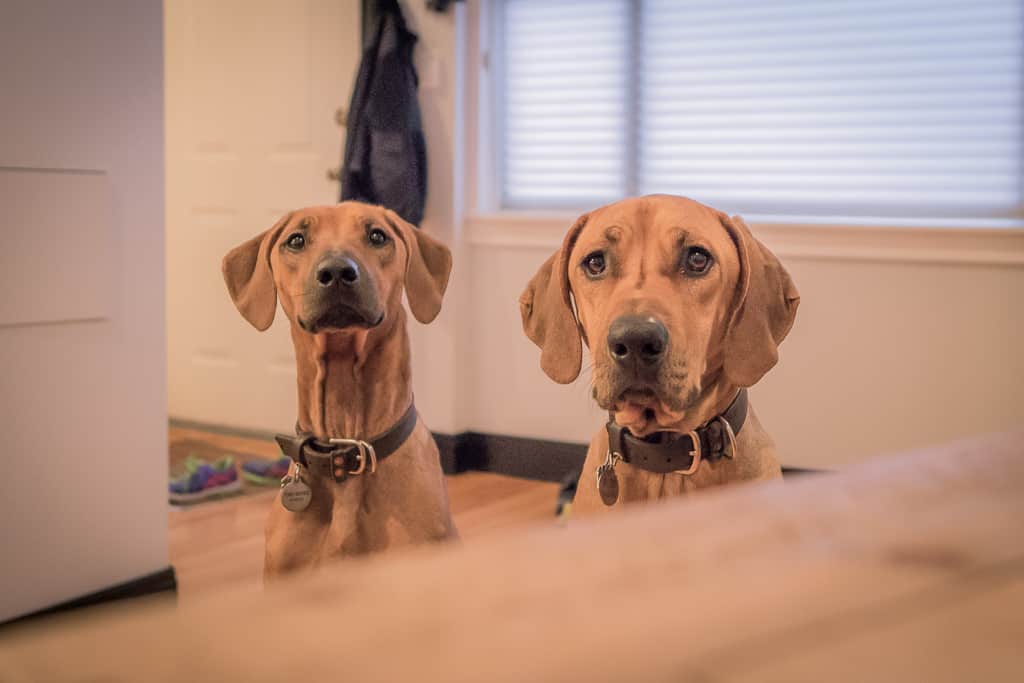 But the dogs still try to get as close as possible 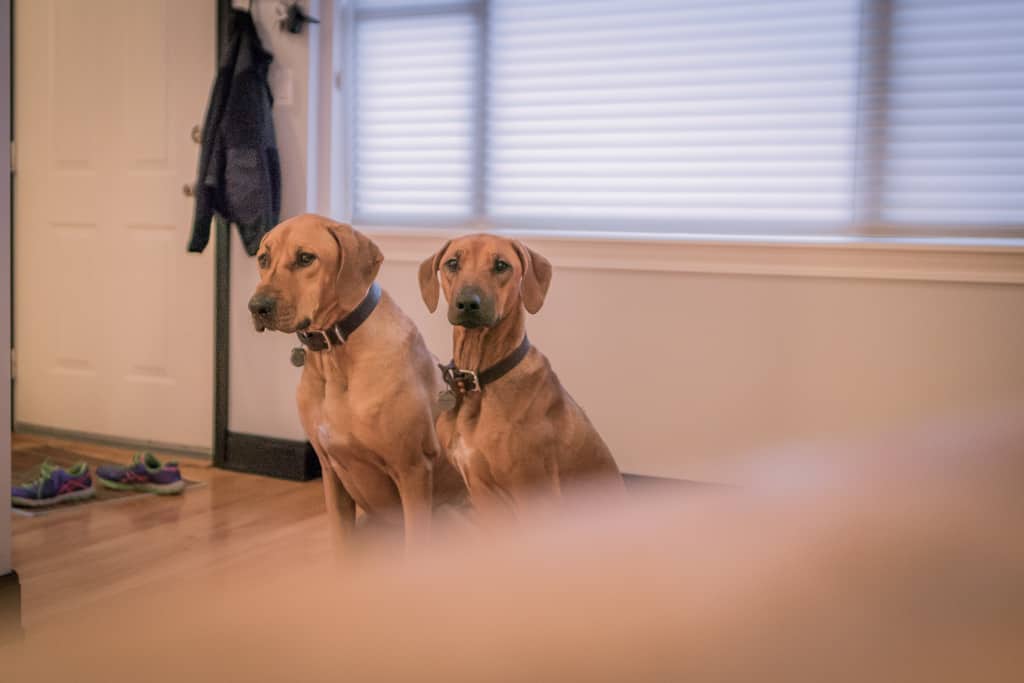 I’m not sure what’s worse, letting them inch closer or looking at those forlorn stares if I keep them further away

The other introductory level class Penny (and Eko, to some degree) missed is Doorbells 101. Neither of our apartments had a working buzzer, so when the buzzer went off here for the first time the pups were understandably confused. 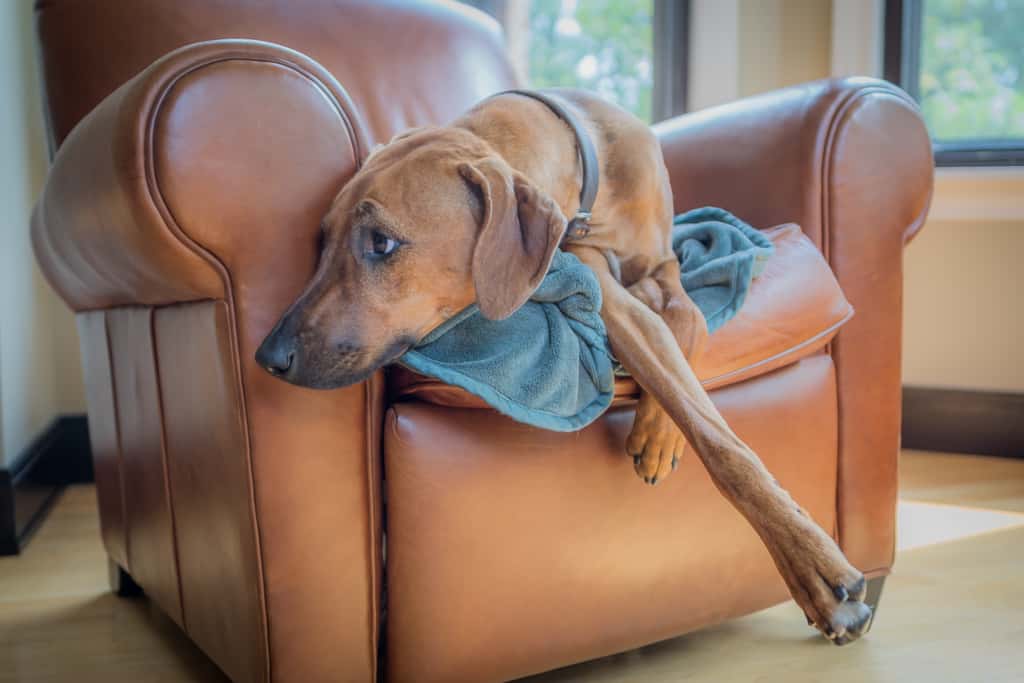 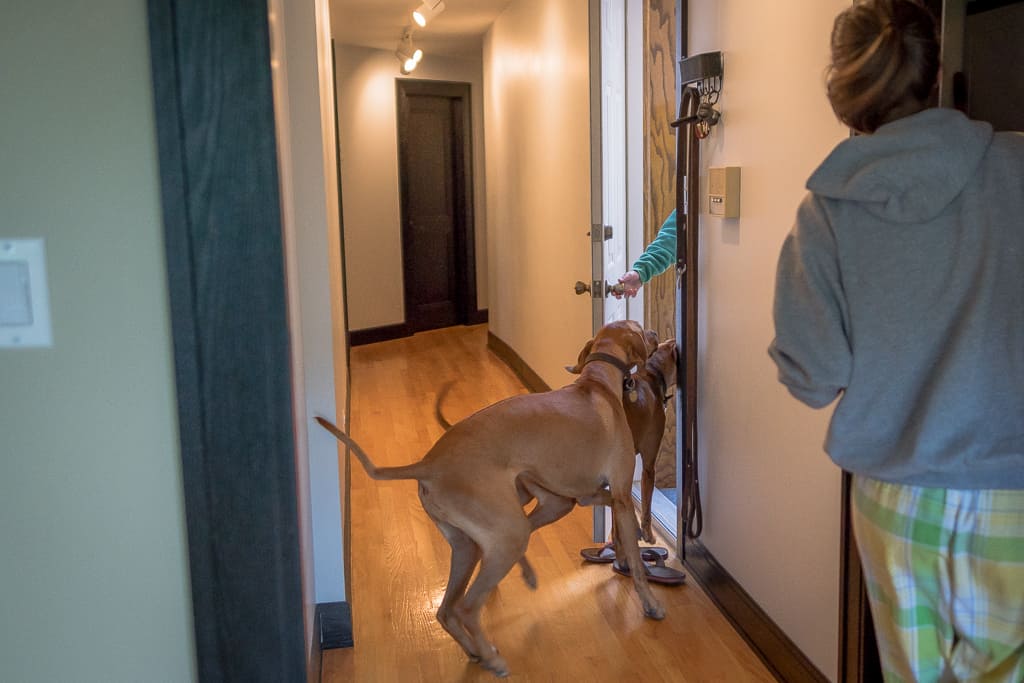 It didn’t take them long to figure out 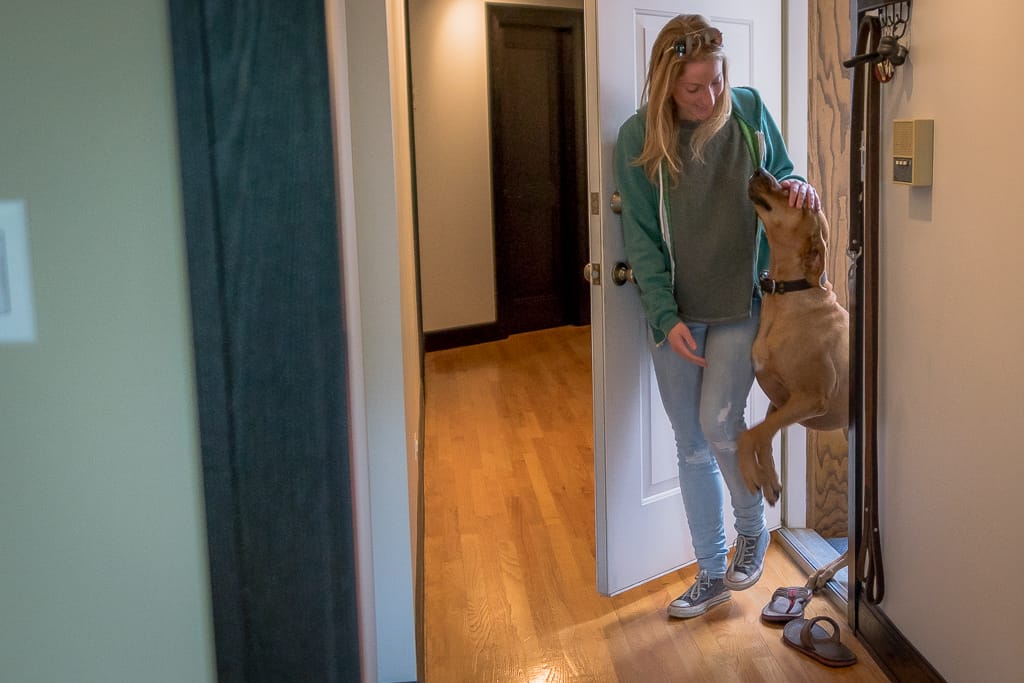 And now the pups associate the buzzer with visitors, which is great 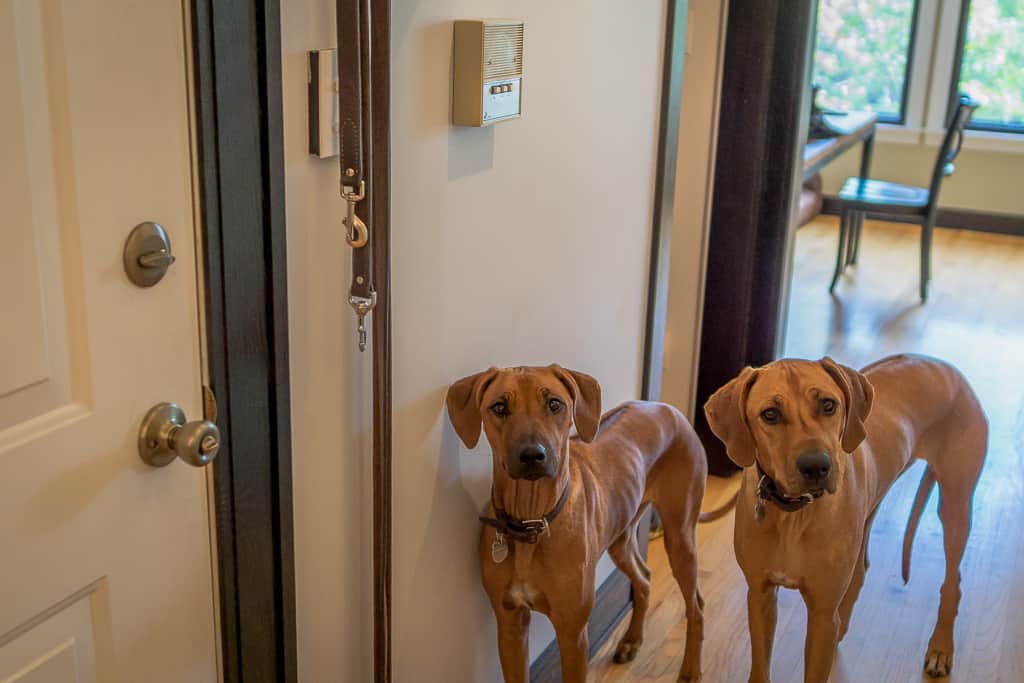 Except when it’s not. We also use the buzzer for package deliveries to the main foyer. When the dogs hear the buzzer they’ll stand by the door expectantly and look at me like I’m rude for not opening it

To add further confusion to the buzzer, the dogs also hear voices coming from it when someone is at the building’s front door. 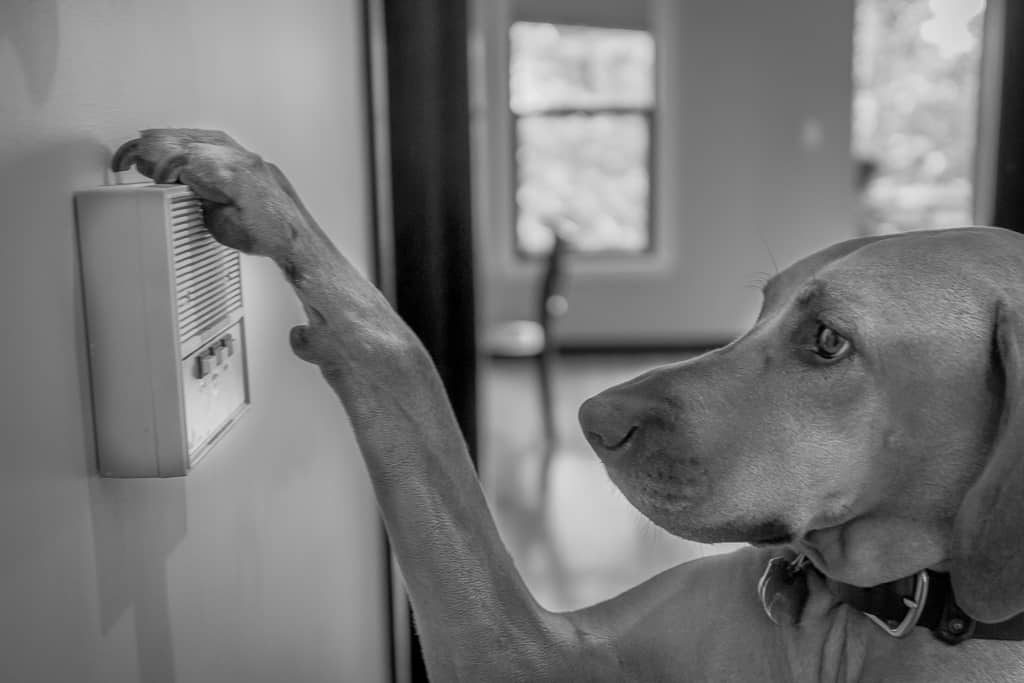 “Will, I think this place is haunted.”

As apartment dwellers, the dogs have also never had the pleasure of barking at the postman or other visitors. That’s one class I’m happy they missed!

What about you guys? Any basic things