Everyone knows that you dress for the job you want.  We knew no one would let Eko in a casino normally, but how could anyone say no to this card shark? VIP Room, here we come! Unfortunately Eko’s outfit didn’t get us into any casinos,

Everyone knows that you dress for the job you want.  We knew no one would let Eko in a casino normally, but how could anyone say no to this card shark? 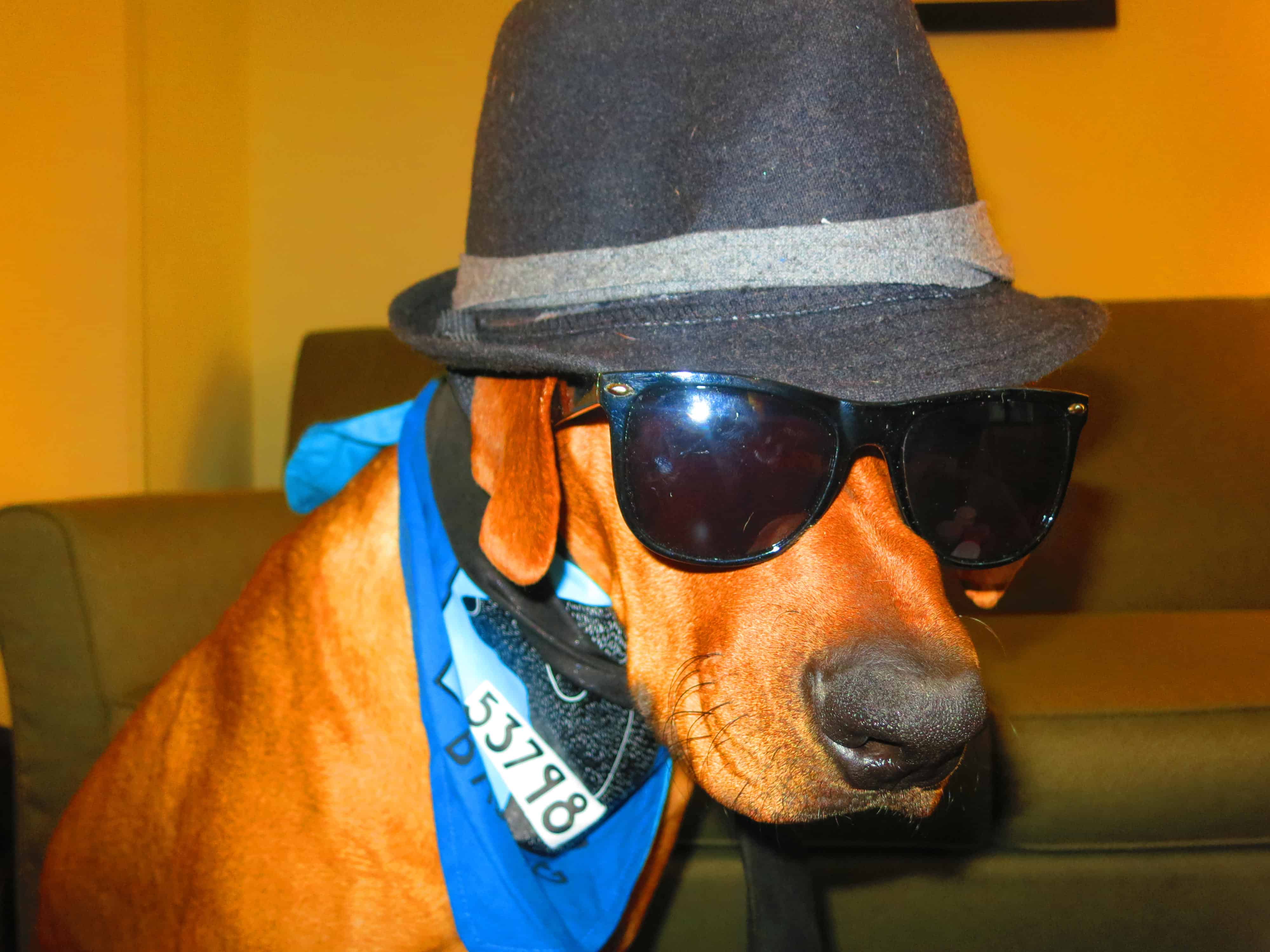 Unfortunately Eko’s outfit didn’t get us into any casinos, but it did get us a whole lot of high fives.  We scrapped the costume and decided to go for a stroll down the strip.  I don’t know if there is a Service Dog Olympics, but if they ever want to get one started I nominate the Las Vegas strip as the final event.  We’ve navigated Times Square at rush hour and Bourbon Street at Mardi Gras, but Vegas has them both beat. 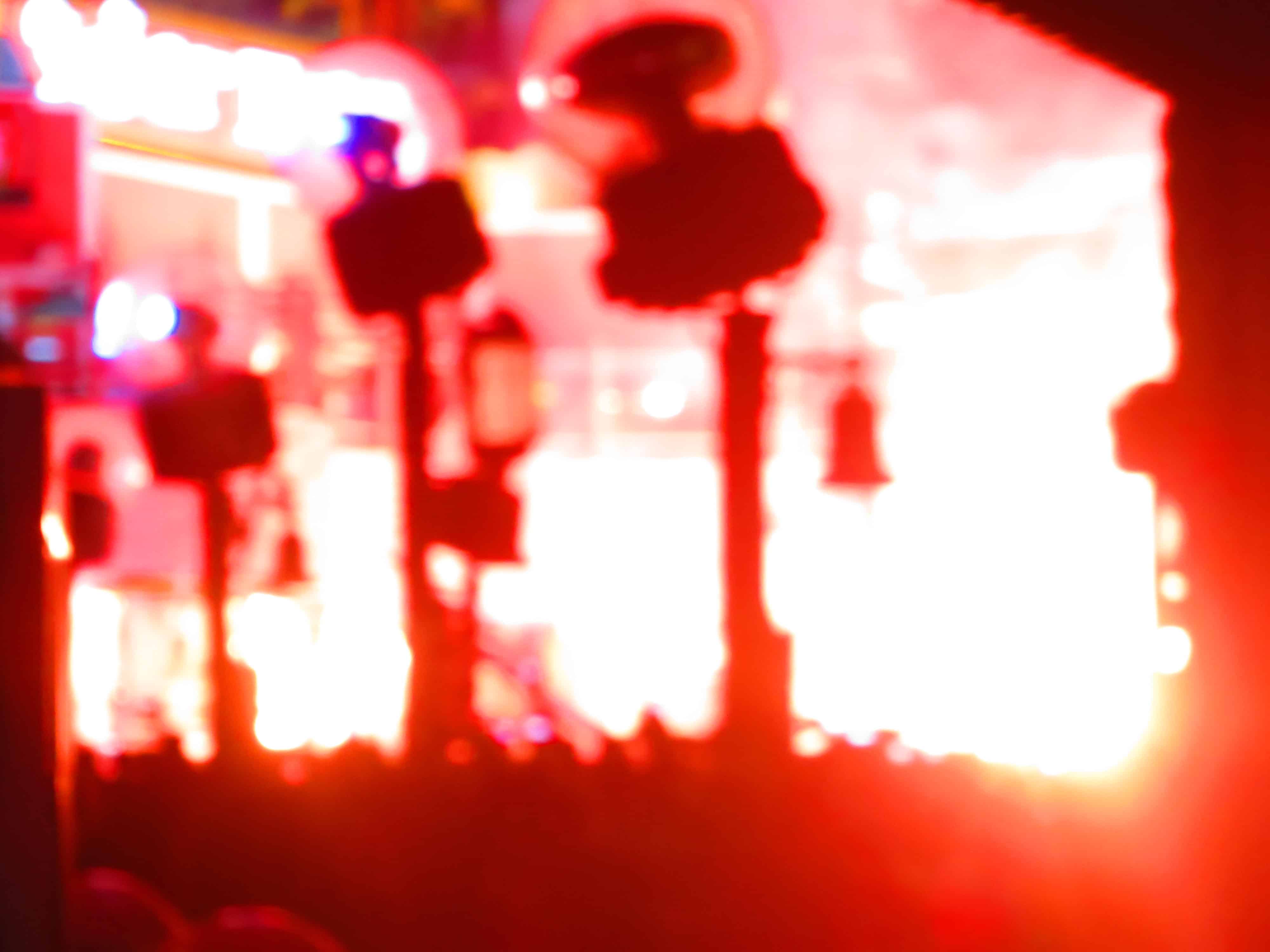 Where else but Vegas can you be trying to take a photo of a building and then the building explodes? 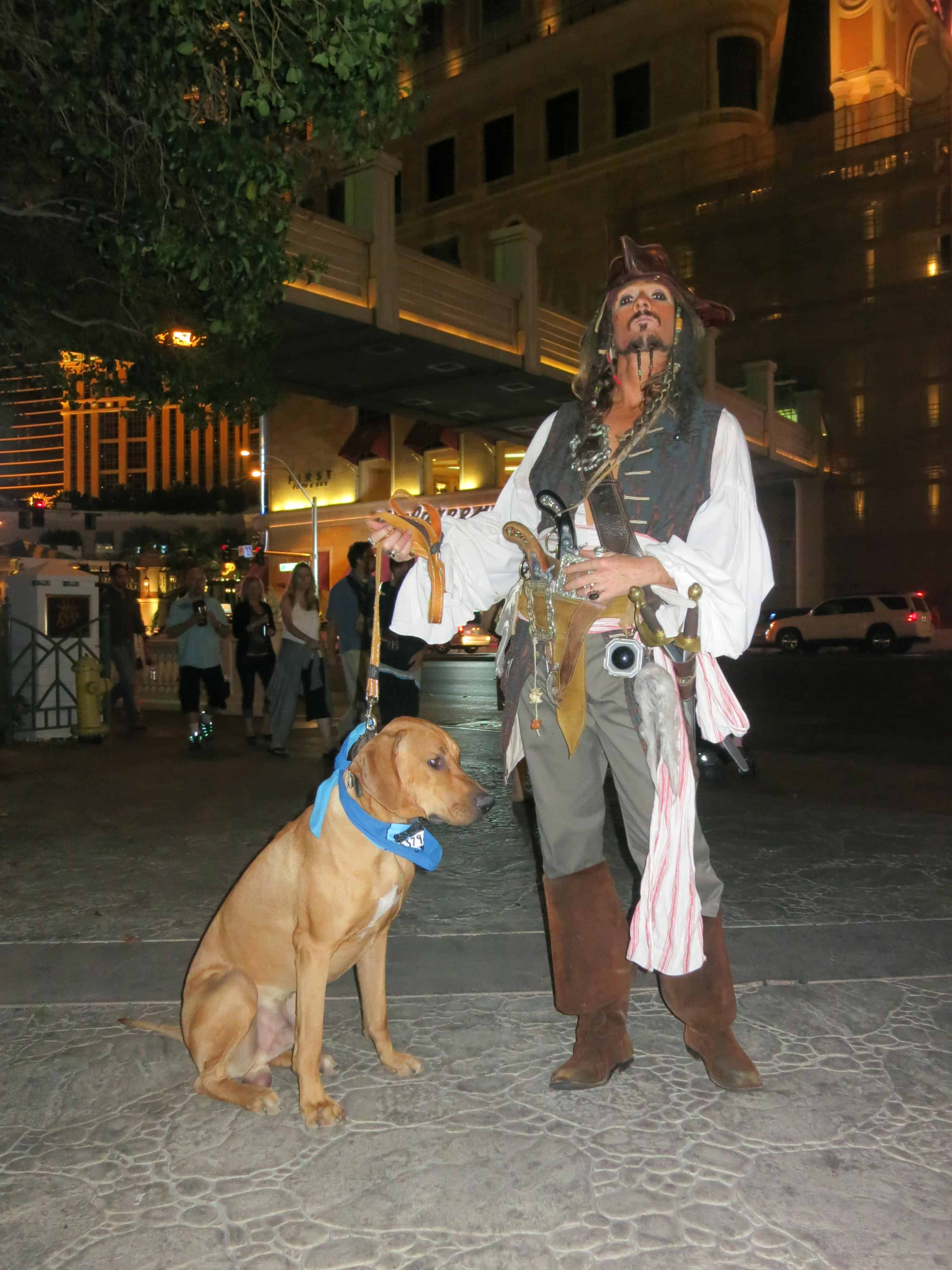 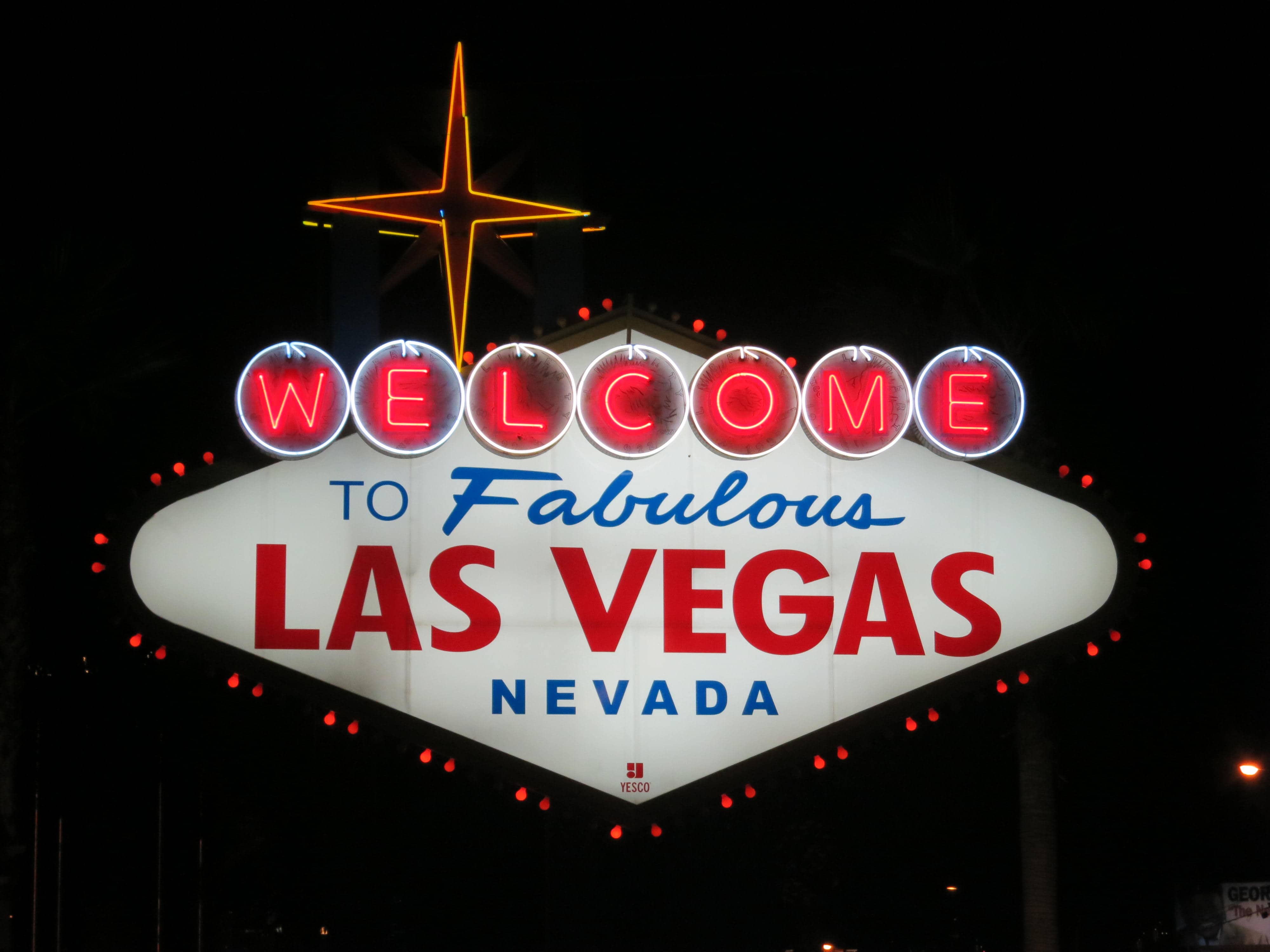 We only spent an hour on the strip, but in that time we saw a massive pirate fight, an exploding volcano, a water show and miniature versions of countless landmarks.  The strip is truly a ridiculous place.  You can go on a great walk on the strip, but it’s crowded and I wouldn’t recommend bringing your pup unless you are confident they wouldn’t be overwhelmed.

Today we’re ditching the lights and ditching the leash with a hike up Frenchman Mountain on the east side of the city.  It’s supposed to be a tough climb, so I’m pretty excited for the challenge and for the view.  I’ll post some photos from the top later today.