In all our time on the road I don’t think I have ever been as excited for an adventure as I was yesterday when Eko and I pulled up to Coronado Dog Beach.  The off-leash beach is amazing in its own right, but we had much bigger plans. 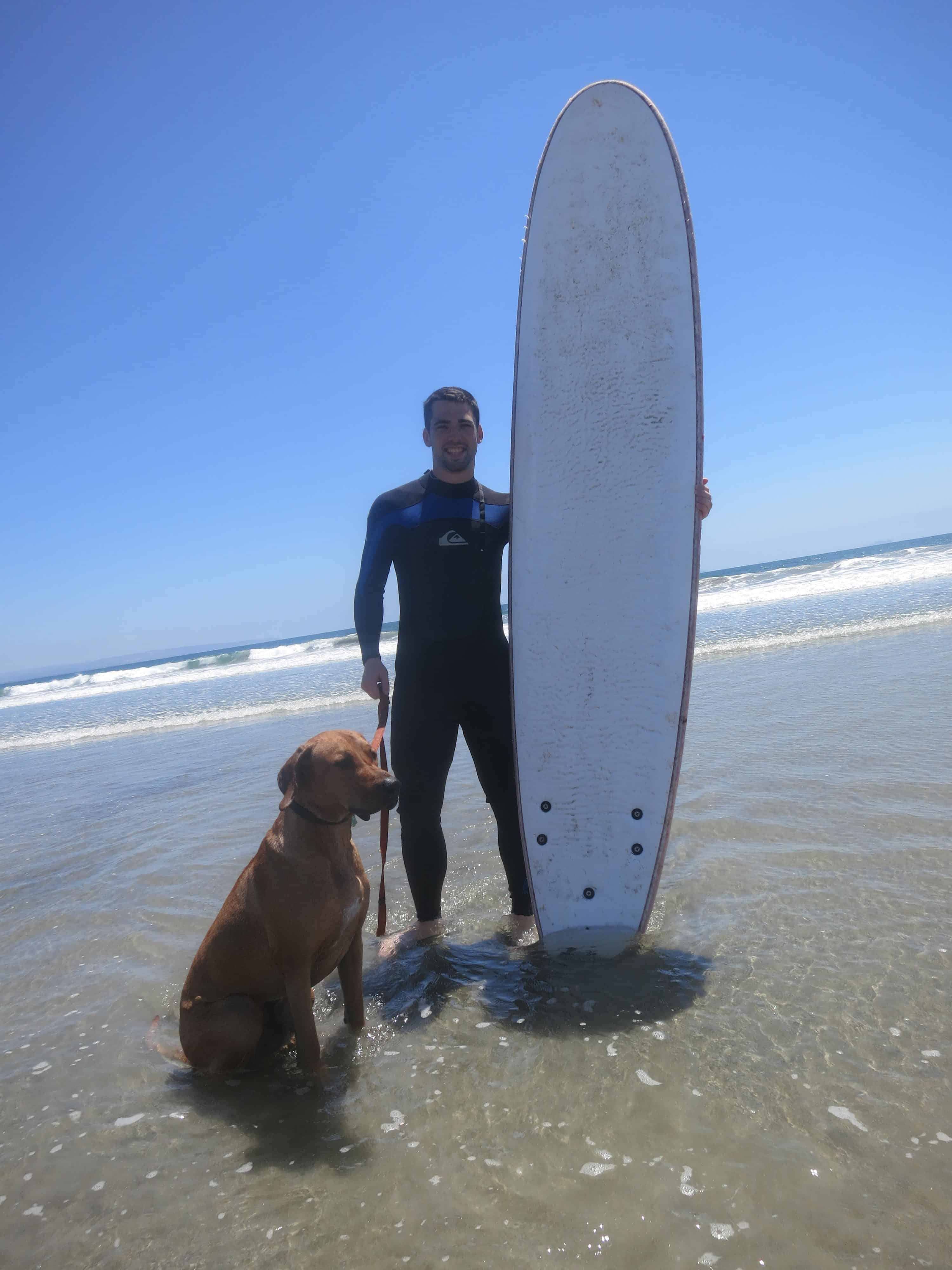 In all our time on the road I don’t think I have ever been as excited for an adventure as I was yesterday when Eko and I pulled up to Coronado Dog Beach.  The off-leash beach is amazing in its own right, but we had much bigger plans. Earlier in the week I discovered that Coronado Surfing Academy offers dog surfing lessons and about thirty seconds after my discovery I had Eko signed up for a lesson.

We met up with the instructor, Evan, and he shared the two secrets to a successful dog surfing session:

1. Get the dog on the board

2. Keep the dog on the board

With a first time surfer as big as Eko, the training was definitely a two-man job.  I wasn’t sure how things would turn out, but I knew there was no turning back, so Evan, Eko and I hit the water to see if Eko had the right stuff. The easiest part of surfing is posing for photos After Eko was settled we headed out to catch some waves Well, we tried to head out, but Eko had other ideas With some gentle coaxing we got Eko back on board And he stayed aboard despite the rough seas Before long Eko was riding the waves like a pro!  After surfing we met Debbie and her pup Doc Holiday. Debbie got this great shot of Eko – I wish she took all our photos. Not surprisingly, Eko had a pretty good audience watching him surf Despite my high expectations, the lesson was even better than I imagined.  Thanks to Evan, we had Eko riding waves in no time with people on the beach cheering him on.

If you are ever in San Diego, or anywhere else with a beach for that matter, find a way to take your dog surfing!  Dog surfing is silly, ridiculous and maybe the most fun pet-friendly activity of all time.