Dog Shows Are Out of This World

I like to believe extraterrestrials have a sense of humor. Or at least I hope they do. The fate of the world may depend upon it. Our relatively uninhabited backwater solar system likely merits only a solitary surveyor from whatever galactic mapmaker adjudicates these matters. Therefore, the first extraplanetary emissary to Earth is probably some hapless cartographer who thought our planet a quiet place to stretch her tentacles before the ride home. It’s plausible the alien’s home world is covered in beautiful lakes. So out of a sense of nostalgia it's eminently possible she chooses to set her ship down next to one of our great ones. It’s therefore conceivable that beneath a cool fall sunset, a UFO quietly descends on Montrose Dog Beach in Chicago and my dogs and I are the first earthlings to meet Shirley. (I'm unable to pronounce her xenolanguage title, but I know a Shirley when I see one.) 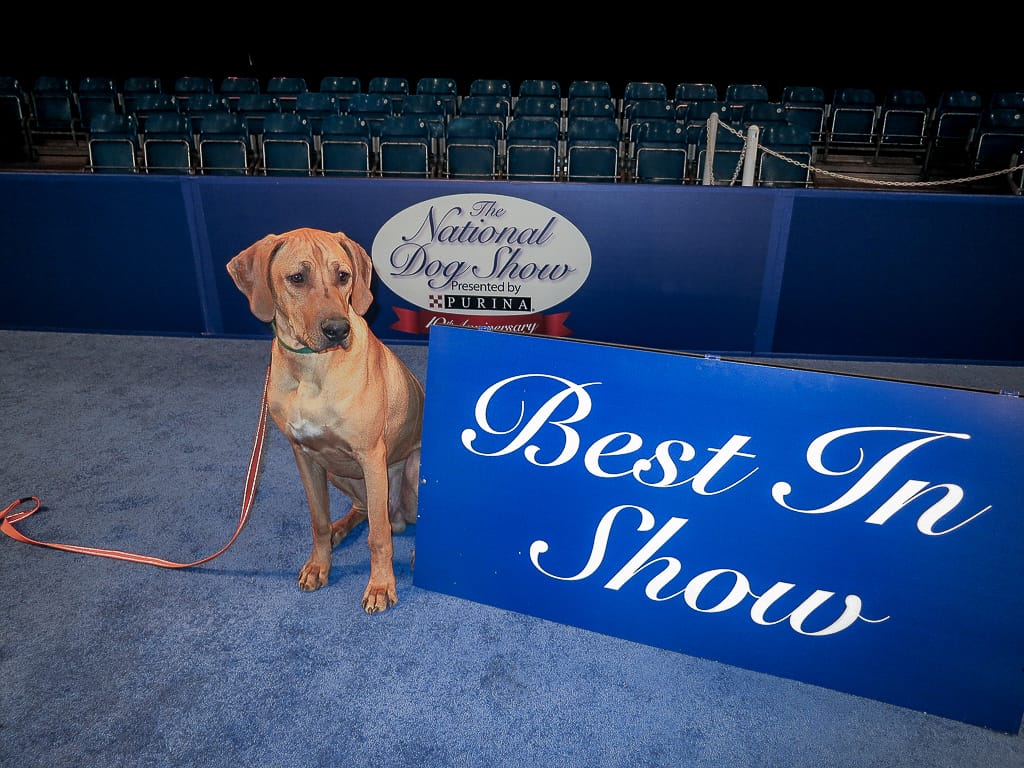 I like to believe extraterrestrials have a sense of humor. Or at least I hope they do. The fate of the world may depend upon it. Our relatively uninhabited backwater solar system likely merits only a solitary surveyor from whatever galactic mapmaker adjudicates these matters. Therefore, the first extraplanetary emissary to Earth is probably some hapless cartographer who thought our planet a quiet place to stretch her tentacles before the ride home. It’s plausible the alien’s home world is covered in beautiful lakes. So out of a sense of nostalgia it’s eminently possible she chooses to set her ship down next to one of our great ones. It’s therefore conceivable that beneath a cool fall sunset, a UFO quietly descends on Montrose Dog Beach in Chicago and my dogs and I are the first earthlings to meet Shirley. (I’m unable to pronounce her xenolanguage title, but I know a Shirley when I see one.) Shirley is equally shocked to see us, but she dutifully hooks up her pancosmic-language-translator in order to follow standard alien protocol. Shirley opens one of her frothy mouths and I momentarily consider running before the translator pipes out, “Take me to your leader, please.”  Courtesy, it seems, is universal. 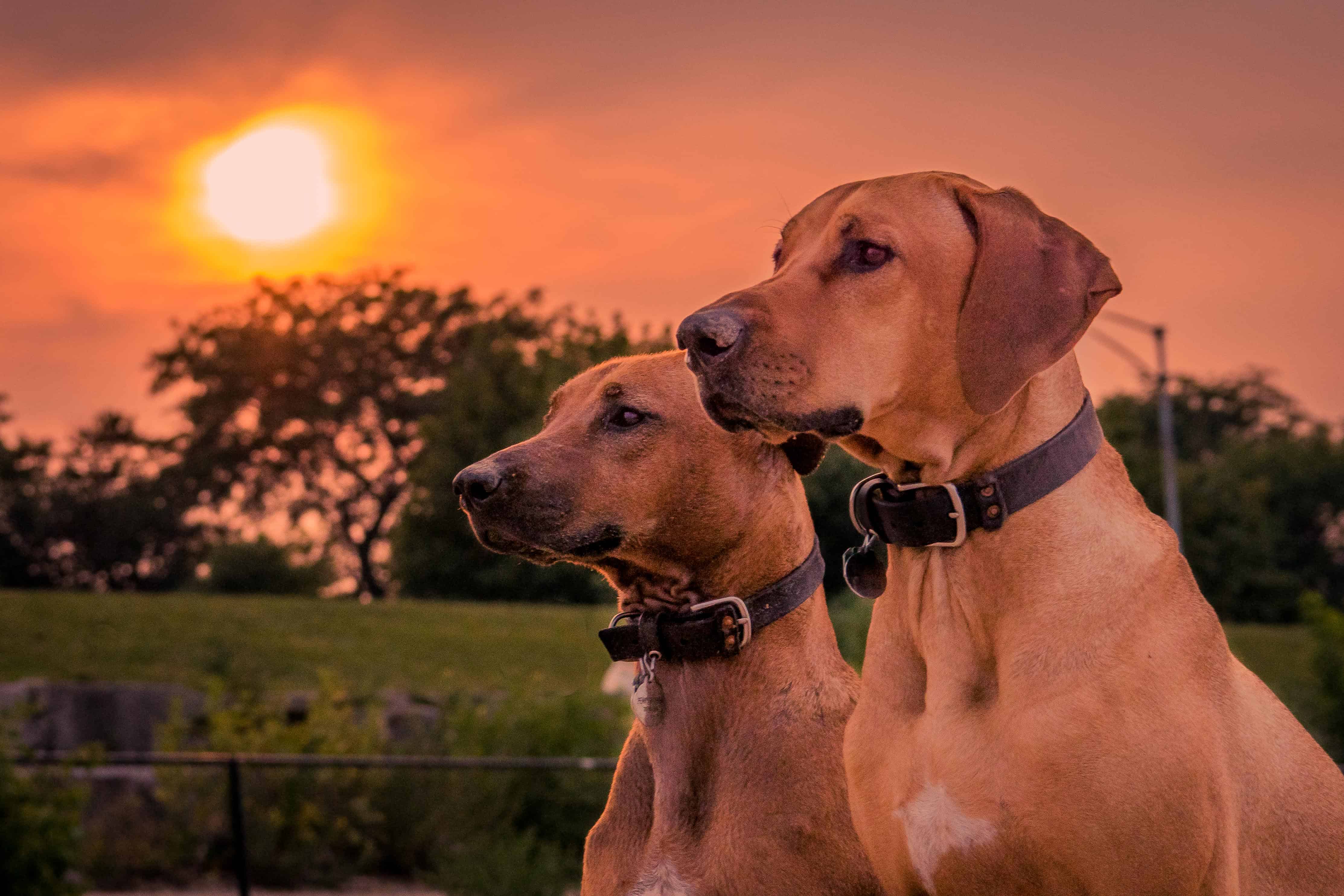 A reasonable person would direct Shirley to The White House or The United Nations. I have been called many names – most of them unprintable – but I have never been called reasonable. Because a reasonable man doesn’t have a long standing wager with himself about his ability to con non-human intelligent lifeforms. A reasonable man doesn’t say, “If I gave an alien visitor a guided tour of a dog show I bet I could convince them that dogs rule the Earth.” But again, I’m not a reasonable man. So, yes, I’m willing to gamble the fate of the planet on this insane bet. “I must consult with my overlords,” I inform Shirley, kneeling before Eko and Penny. I pantomime and ham it up with the dogs, playing the part of an obsequious servant. After much head nodding I solemnly relate to Shirley that my masters agree to escort her to the planet’s ruling counsel. We hop in Shirley’s ship and I give her coordinates to land just outside of Philadelphia – at the Expo Center in Oaks, Pennsylvania. Why? Because that’s where the National Dog Show takes place. Passing pedestrians notice nothing more than a brief gust of wind as Shirley’s cloaked ride settles in the parking lot. “Two things.” I say to Shirley. “One, I left my wallet at home so you’re on the hook for parking, snacks and petty cash.” (Even if I have my wallet I know Shirley can just expense this stuff anyway, so I’m running up the intergalactic tab) “Two, our rulers are electing the Supreme Leader this evening. Hang tight and I will introduce you after the final ceremony. Do not address any of our lords directly. Dogs will not debase themselves with speech, they only use human servants to voice their will. Stay invisible and whisper any questions you have directly to me.” “Why am I the one who has to pay for parking?” “Damnit, Shirley, I meant any important questions. Let’s go.” To avoid any further inquiries I leash up the pups and head down the ramp. Shirley activates a field which makes her invisible to everyone but me and follows us towards the Expo Center. 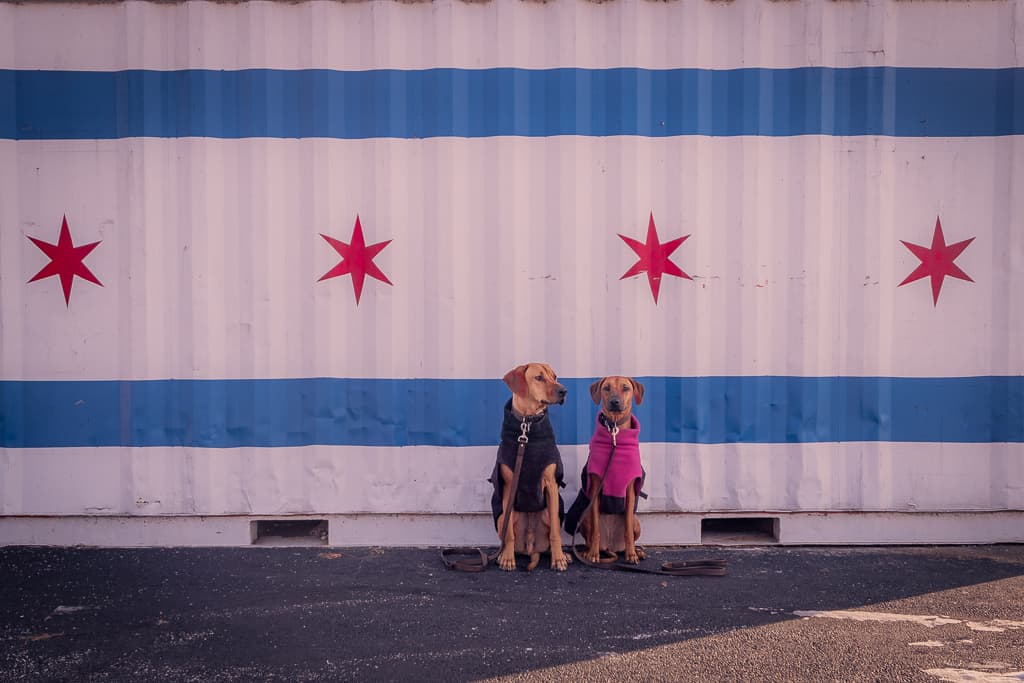 “Why do dogs insist you attach yourself to them with these leashes?” Shirley inquires as we approach the entrance. “Dogs are liable for the behavior of their (often ill-mannered) humans, so a leash keeps us close by. It’s also a safety measure to keep us from getting into trouble with other humans.” “A simple but elegant solution,” Shirley agrees. “They have you so well trained that you even bow down and…..wait, are you picking up their poop!? With your hands!?” “Keep your voice down, ET! And yes, this is part of the deal.” I toss the bags into the garbage as Shirley shakes her heads at my lowly servitude. She shakes her heads again at the gate when I give her the universal hand signal for “pay up” and buy myself a ticket. The first time I attended The National Dog show I remember thinking it felt like an alien bazar. I’m confident even an interstellar traveler like Shirley ain’t seen nothin’ like this before. “Wait, what are all those?” Shirley says, extending her tentacles towards groups of different dogs. “Don’t point at the royalty.” I hiss. “As surely as there are different Shirleys, there are also many types of dogs. The Huskies rule the frozen tundra of the planet, the Rhodesian Ridgebacks rule the scorching savannah, and the Puli dogs rule the hair salons.” 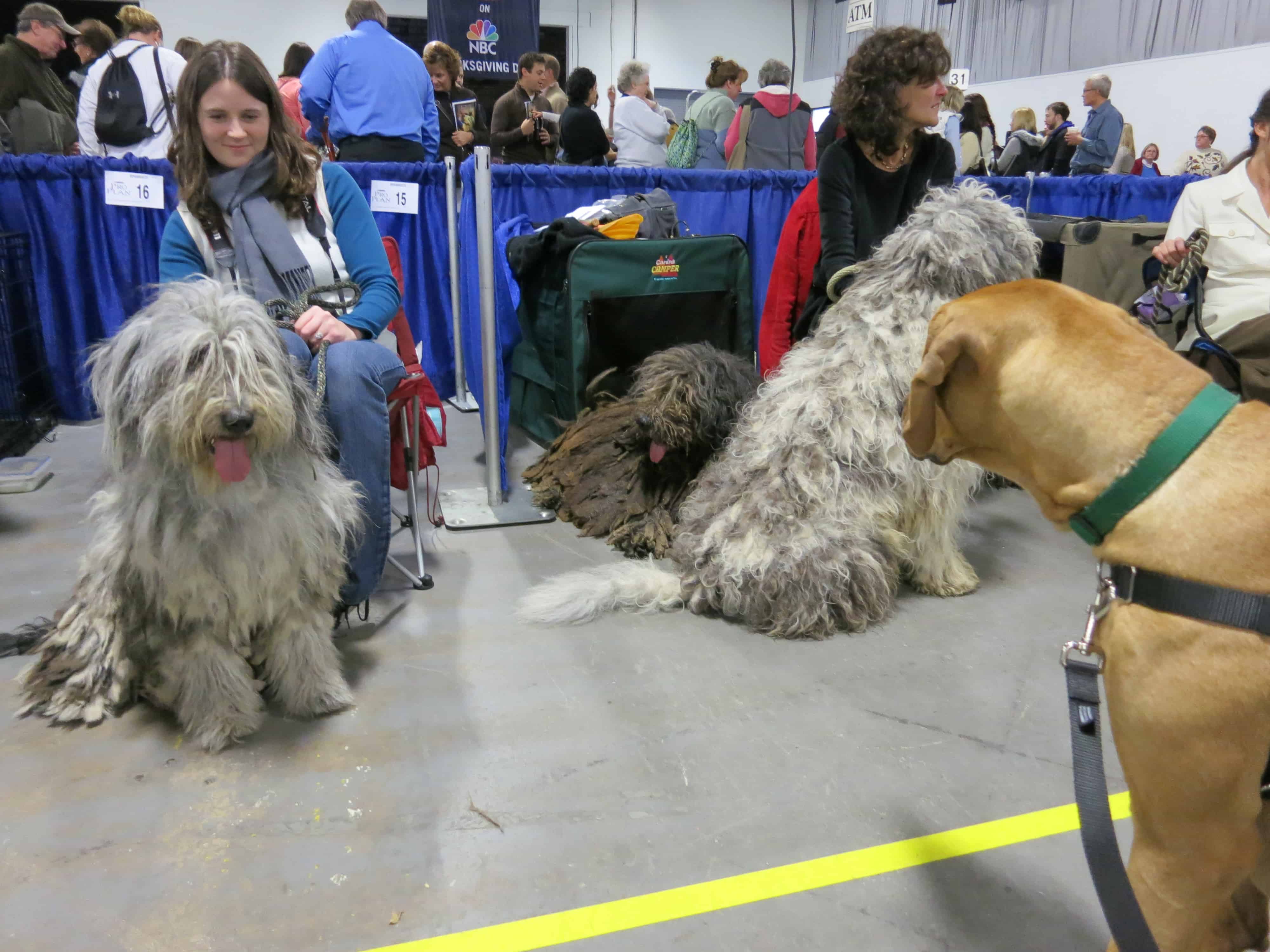 “I see you have multiple shrines dedicated to the veneration of each member of the aristocracy,” Shirley notes, gesticulating to stalls filled with every manner of kitsch dog art imaginable. “Do the rulers demand you worship their iconography?” “No, not really. But we do it anyway. It’s like 80% of the global traffic on our internet.” We settle in to watch some of the preliminary breed shows and I narrate the action for our guest. “Each ruling breed competes within itself to select one candidate for consideration as Supreme Leader. The Supreme Leader is then selected from the 187 breed candidates. As a lesser species, humans generally only have two candidates for our elections. Now, I know the judging seems highly arbitrary…” “Let me stop you right there,” Shirley interjects. “Politics is the same everywhere in the universe, I get it.” Later, as we walk towards the blue-carpeted floor where the Supreme Leader is to be crowned, Shirley stops to ask about a trio of criminals. “Sentenced to hang,” I whisper. “Dogs are supremely loyal and do not take kindly to traitors.” 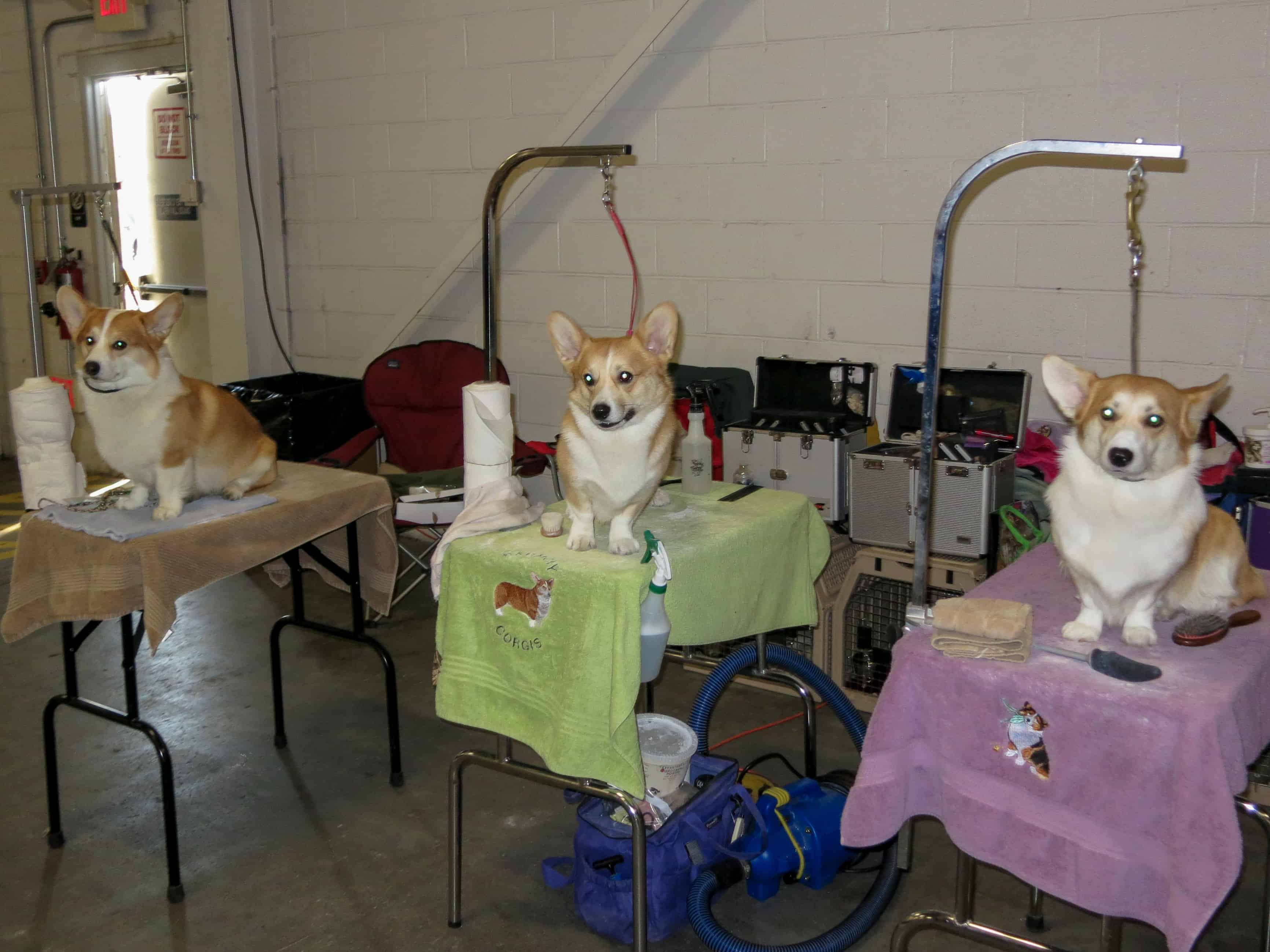 Standing to the side of the ring, Eko, Penny, Shirley and I watch as the dogs elect their Supreme Leader (aka the judges select Best in Show). It’s my story, so for the first time ever a Rhodesian Ridgeback wins. And then, just as the cheers peak for the Ridgeback’s victory lap, I tell Shirley to reveal herself. Which is why, on national TV, a two-headed, tentacle-laden alien materializes and reverently addresses the dogs of planet Earth. As expected, people shriek, dogs bark, mayhem ensues. “Shirley!” I yell. “I told you never to address our rulers directly. You just started the largest war in the history of dogkind! Give me your ray gun, get back to your ship, I’ll cover you. Report your failures to your superiors and pray I can stop the dogs from deciding to destroy your planet.” Shirley thanks me for my gallantry, assures me my heroism will be rewarded, and scuttles back to her spacecraft. I duck out the side door with my dogs and begin the long walk back to Chicago, laughing and twirling my shiny new ray gun. Provided Shirley’s boss doesn’t decide to preemptively vaporize our planet, I think the intergalactic powers that be would get a pretty good chuckle out of the story. And the next time Shirley was in town I’d buy her a beer and come clean about the prank. “Oh, you got me good!” she’ll say, laughing and wiping alien-tears from her many eyes. “I can’t believe I actually thought you humans leashed yourselves to these creatures, serviced them in every way, flooded your internet with their photos, and venerated them on national television!” “Um, well…” I might begin “I thought you may have been pulling my tentacle about the whole thing, but you really sold me when you picked up their poop. Talk about committing to a joke. What self-respecting, planet-ruling species would do such a thing?” Shirley will grin knowingly, and I’ll be left to wonder who really got the last laugh. Or, Shirley may feel inclined to rip me in half with her tentacles and feed a piece of me to each of her heads. But I trust both she and the universe have a sense of humor. If not, I’ll still have her ray gun. Just in case. On a related note, when we’re on a long road trip and my wife catches me quietly smirking, she no longer asks me to tell her what I’m thinking about.
Previous Post The Other Don Quixote Back to all posts Next Post [VIDEO] Wrecking Ball

Comments for Dog Shows Are Out of This World