This past weekend Eko and I exchanged the bustle of Chicago for the serenity of Northern Minnesota.  After a brief stop in Minneapolis we arrived to the lake on Friday morning.  I expected Eko to take off running after so much time in the car,

This past weekend Eko and I exchanged the bustle of Chicago for the serenity of Northern Minnesota.  After a brief stop in Minneapolis we arrived to the lake on Friday morning.  I expected Eko to take off running after so much time in the car, but as we trudged on to the lake with our fishing gear, Eko quietly trotted beside us.

As we set up, Eko took a panoramic look at the quiet surroundings.  He then took a deep stretch and ripped through the stillness with pure joy.  He truly was bliss in motion.  Ice fishing is not exactly a fast paced activity, so everyone enjoyed watching Eko romp with reckless abandon.  Here are a few of my favorite shots of Eko from that morning: 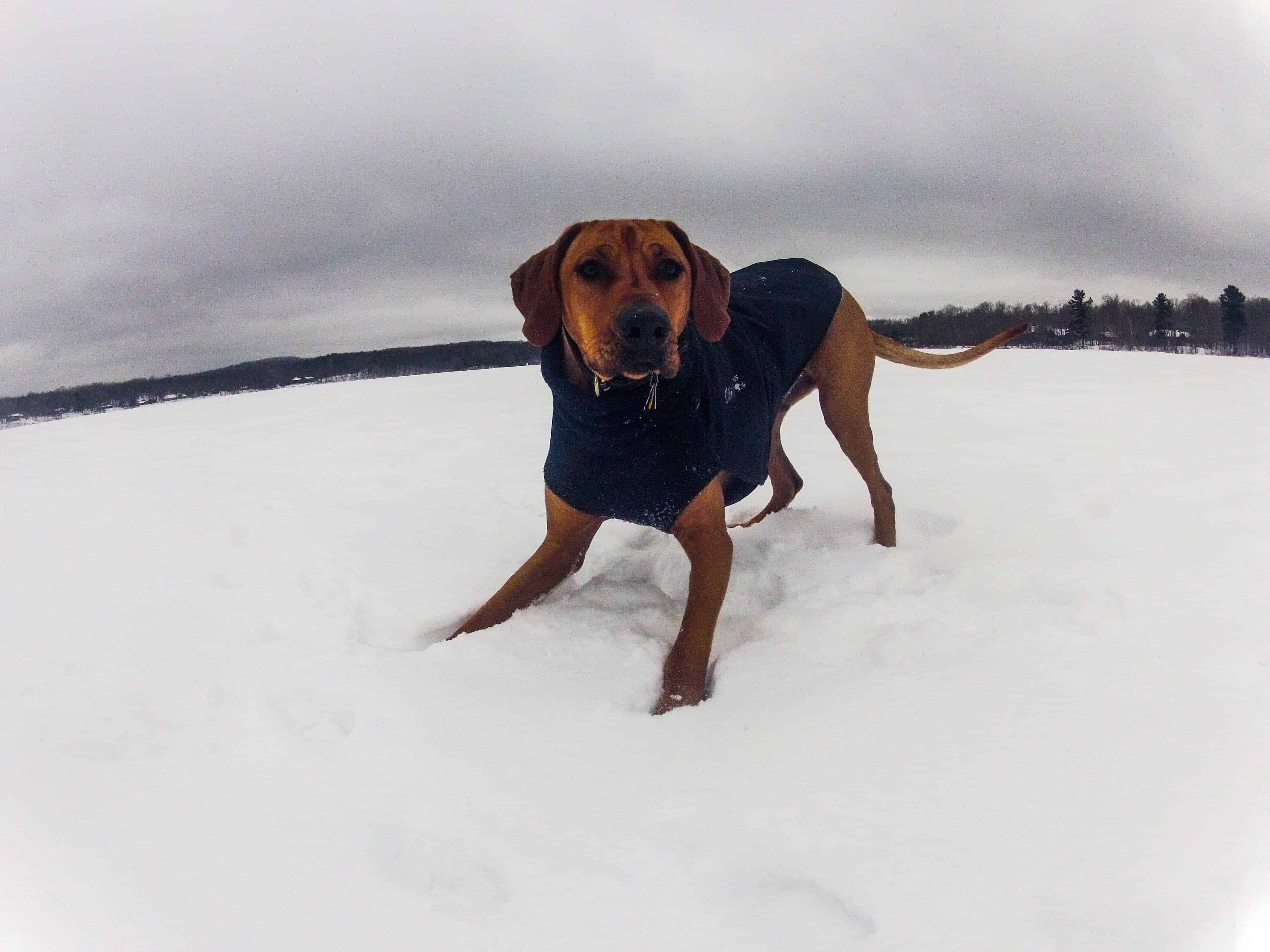 As always, the fun started with a bow.  After this moment, I don’t think Eko’s four paws all touched the ground at the same time for the next hour 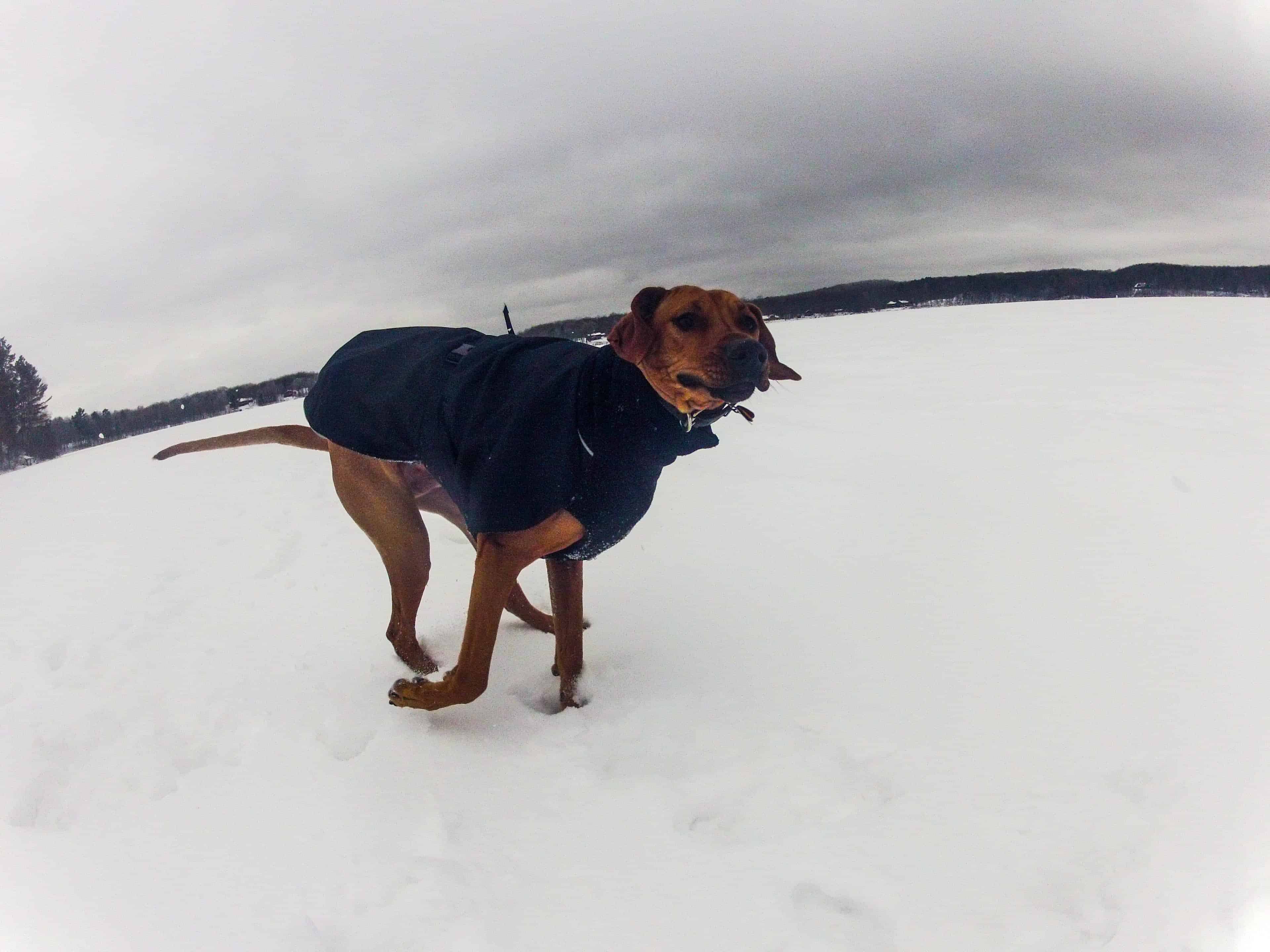 When sprinting, at least one paw was flying through the air 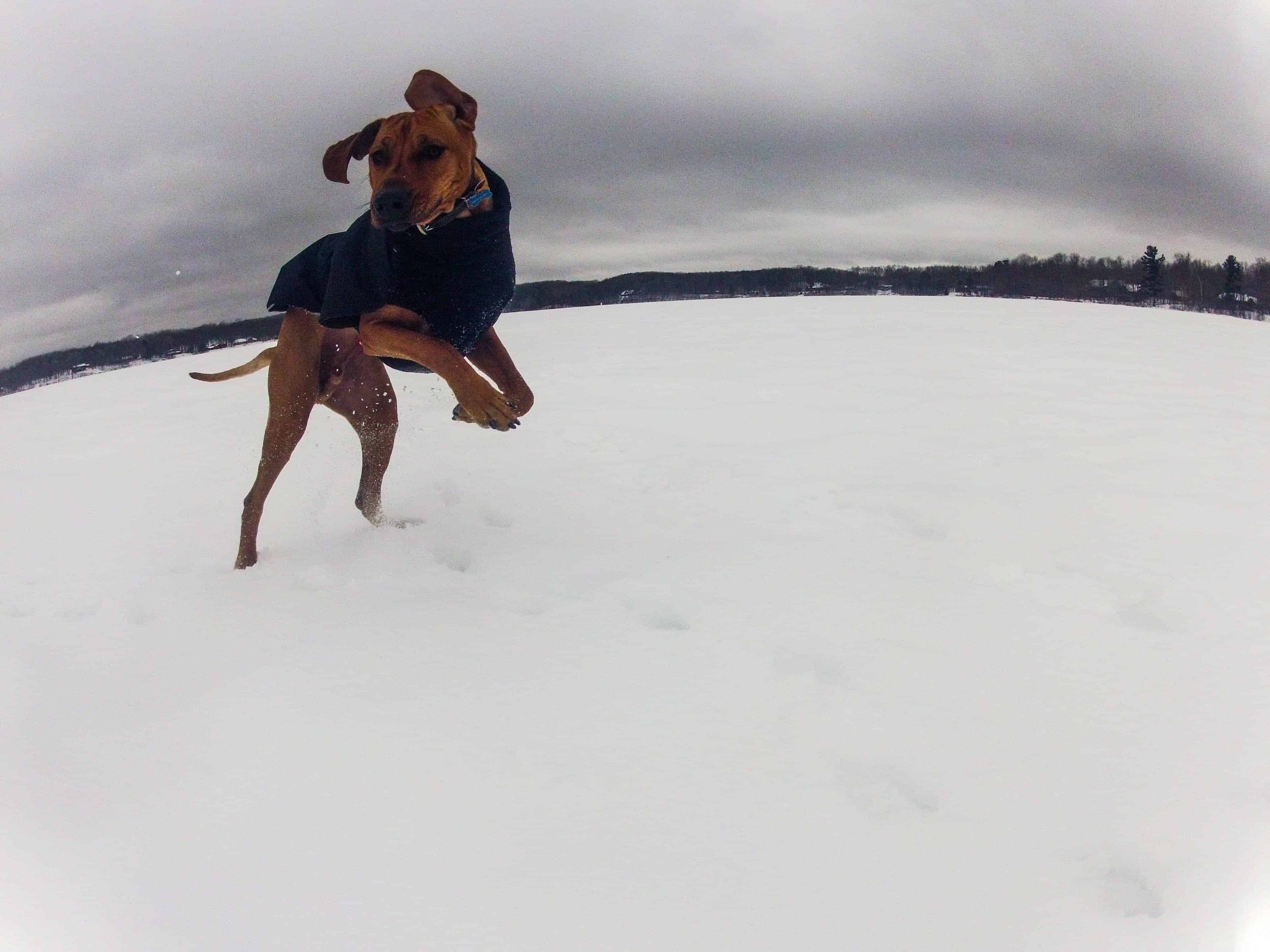 But more often than not, Eko bounded through the snow like a bunny and had two paws in the ai 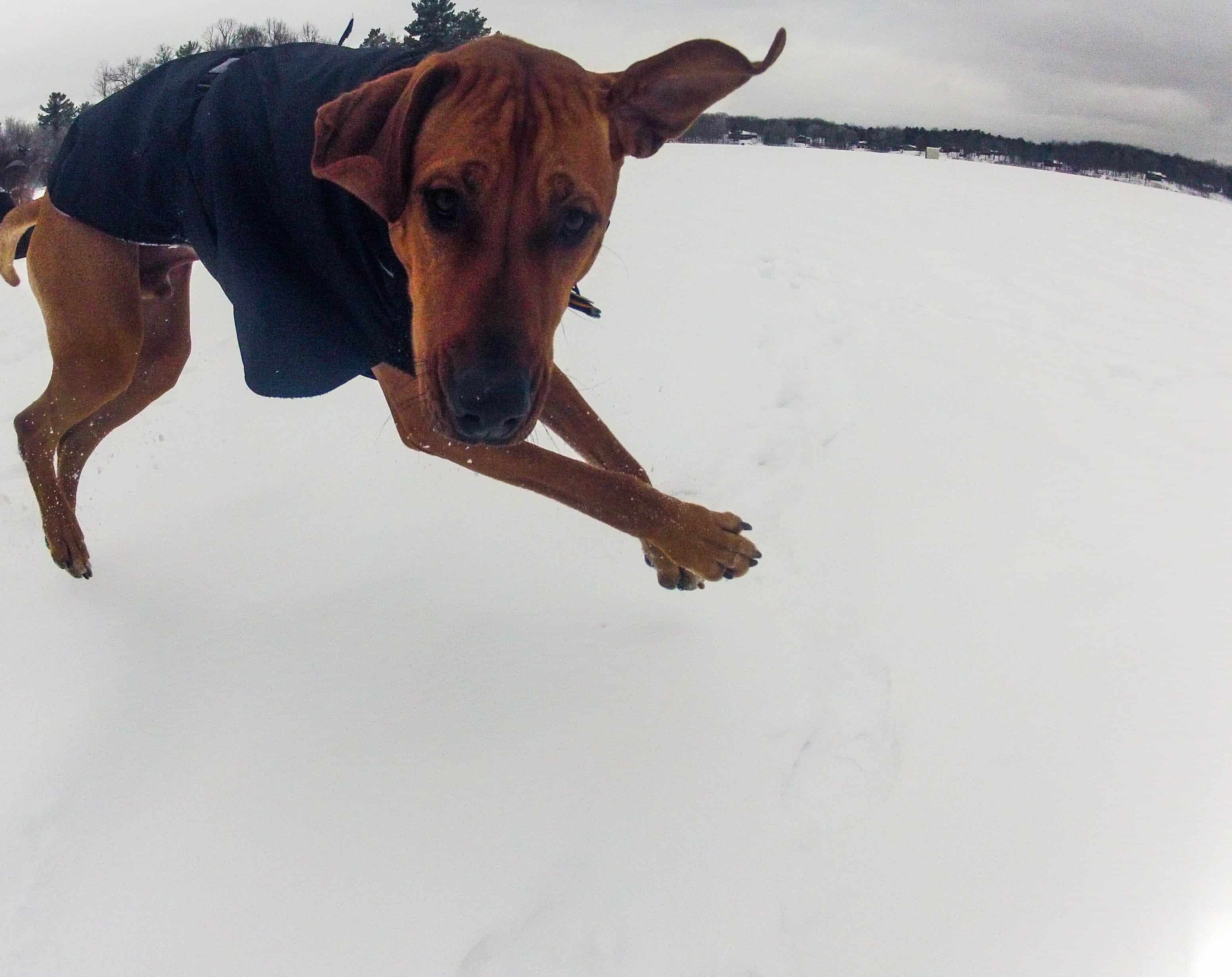 And quite frequently, Eko had zero paws on the ground!  I half expected him to take off flying 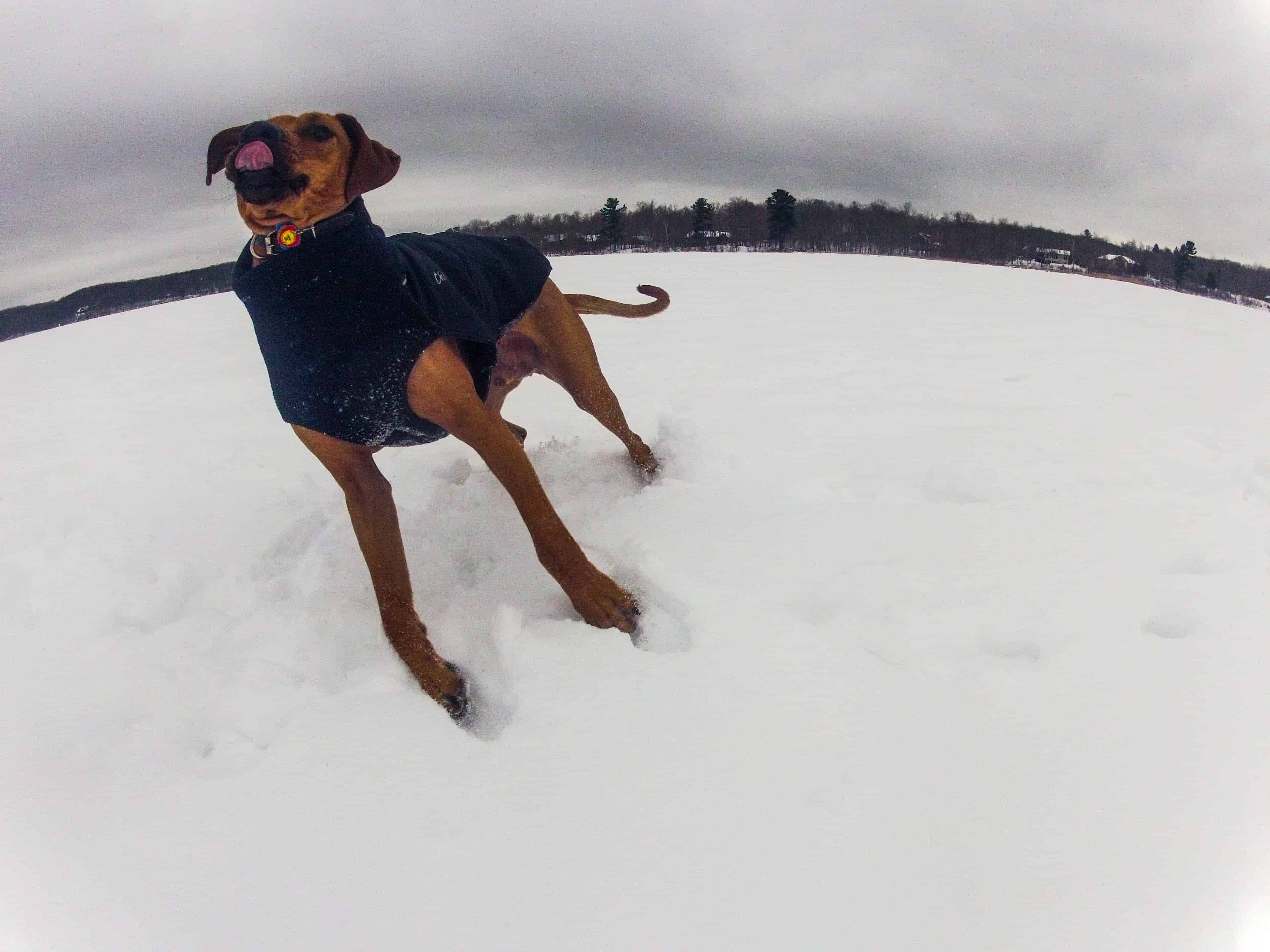 The snow really brought out Eko’s silly side.   When I gave him the command to play dead, he really hot-dogged it and threw himself down into the snow.  I think this might be my favorite photo from the weekend 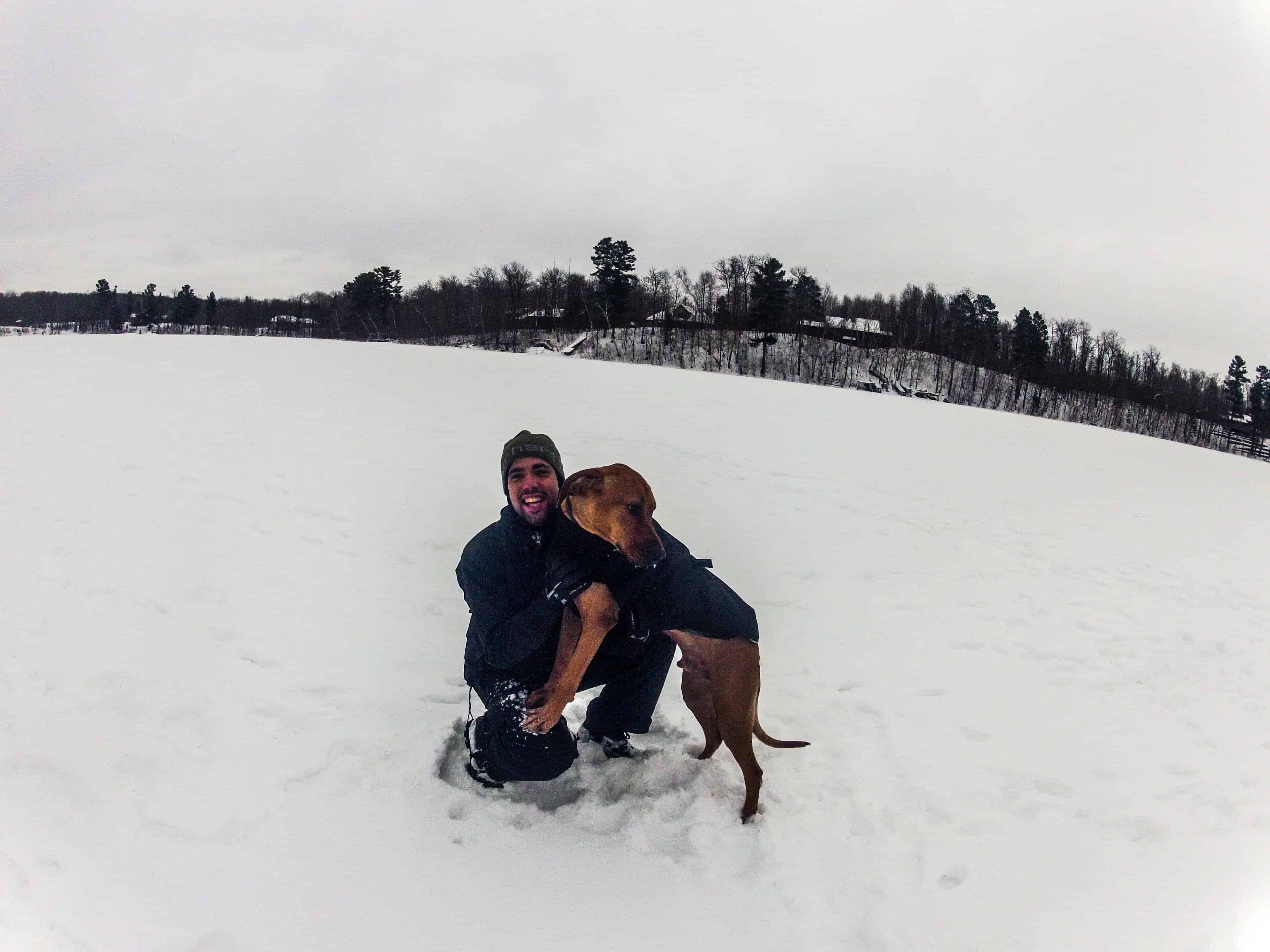 The only thing tougher than catching fish was catching Eko and getting him to stand still for this photo!

We had a busy weekend and I still have to sort through photos of fishing, hockey and cross-country skiing (all firsts for both Eko and I).  I also have a lot of video footage which is even better than these photos, so I will have to get cracking on editing that for this Friday. These photos once again reminded me how great it is to travel with your dog.  Eko wasn’t just tagging along, he was actively participating and his infectious energy made the weekend more fun for everyone.  Vacation is about enjoying yourself, and I think we can all agree that dogs are experts in the field!
Previous Post Road Trip! (Bucket List Edition) Back to all posts Next Post Eko On Ice (Part 2)

Comments for Eko On Ice (Part 1)