It’s a stormy Friday night in Wichita, Kansas, your car is in the shop and you’re stuck in a hotel room with your dog.  What do you do?  For me the answer was, “I spend the next three hours intermittently teaching my dog to balance treats on his nose.”

It’s a stormy Friday night in Wichita, Kansas, your car is in the shop and you’re stuck in a hotel room with your dog.  What do you do?  For me the answer was, “I spend the next three hours intermittently teaching my dog to balance treats on his nose.”  We haven’t practiced much since then, but it is scorching hot in Chicago and after a long run outside yesterday, Eko certainly earned a break from the heat.

Does the wunderpup still have the skills and nerves to stay steady as the treats stack up? Only one way to find out! 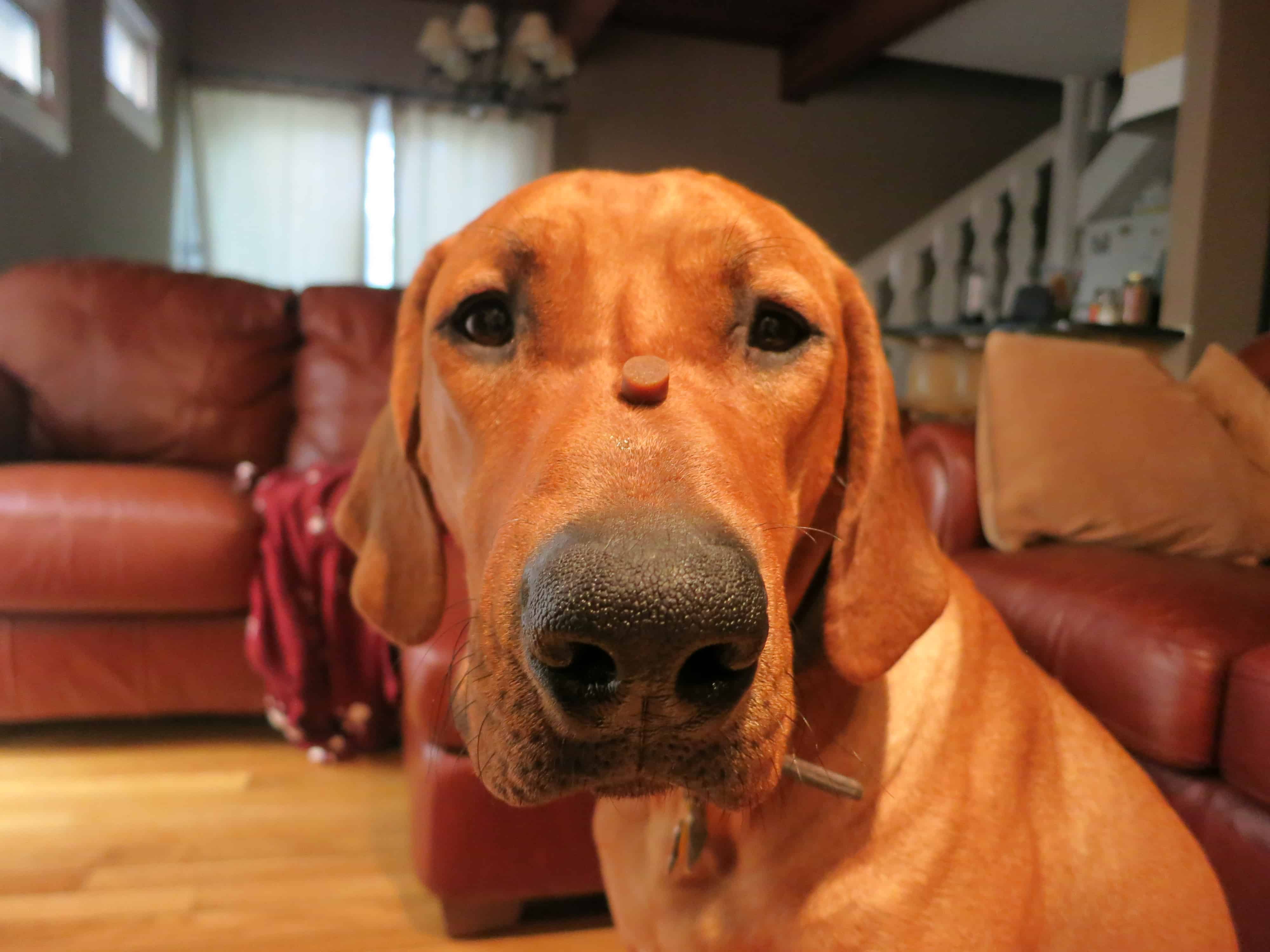 Attempt #1: “Amateur Hour” – Eko could do this with his eyes closed. But he prefers to keep them open so he can watch the treat! 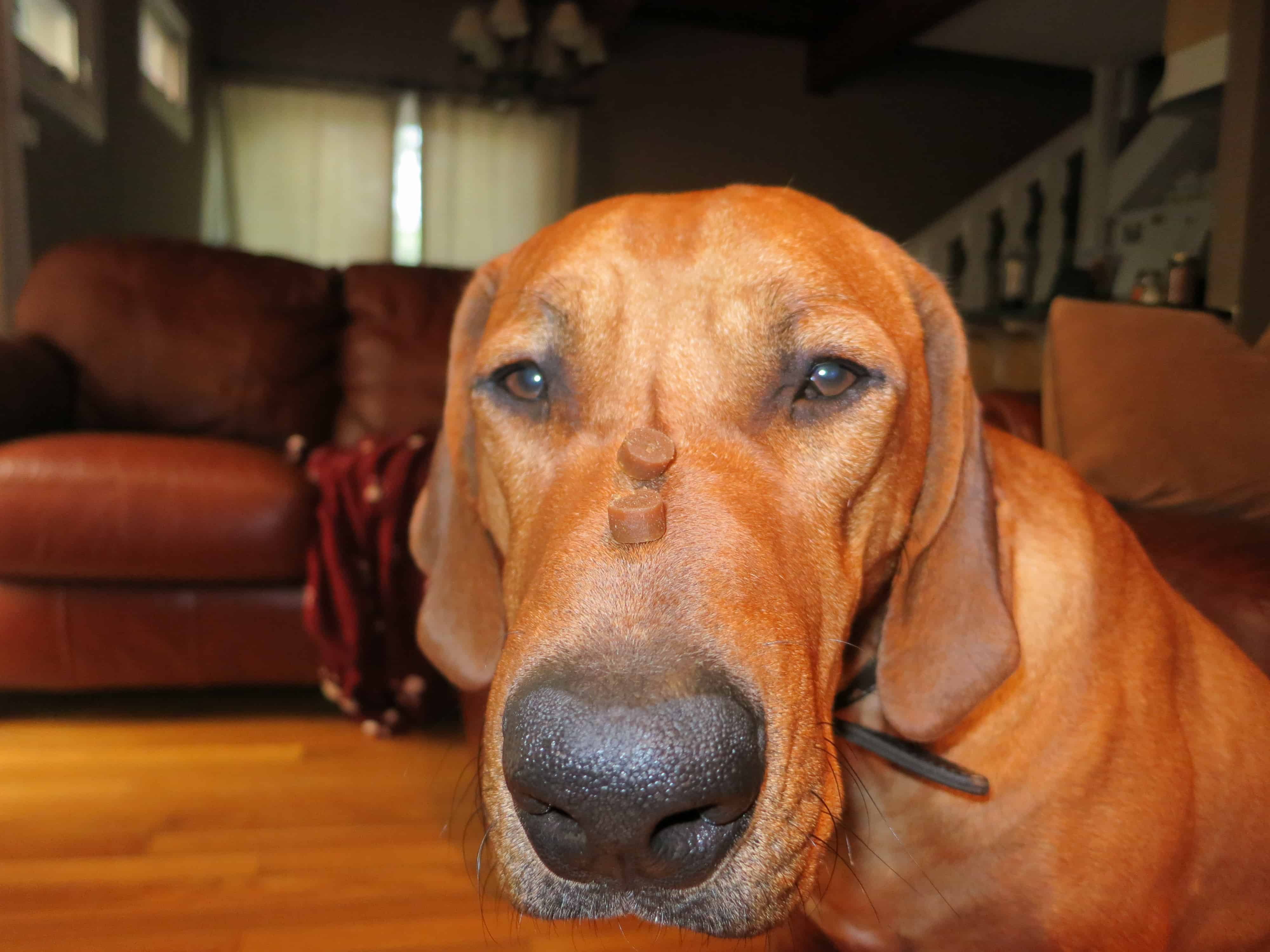 Attempt #2: “Piece of Cake” – Still no challenge for Eko, time to kick things up a notch 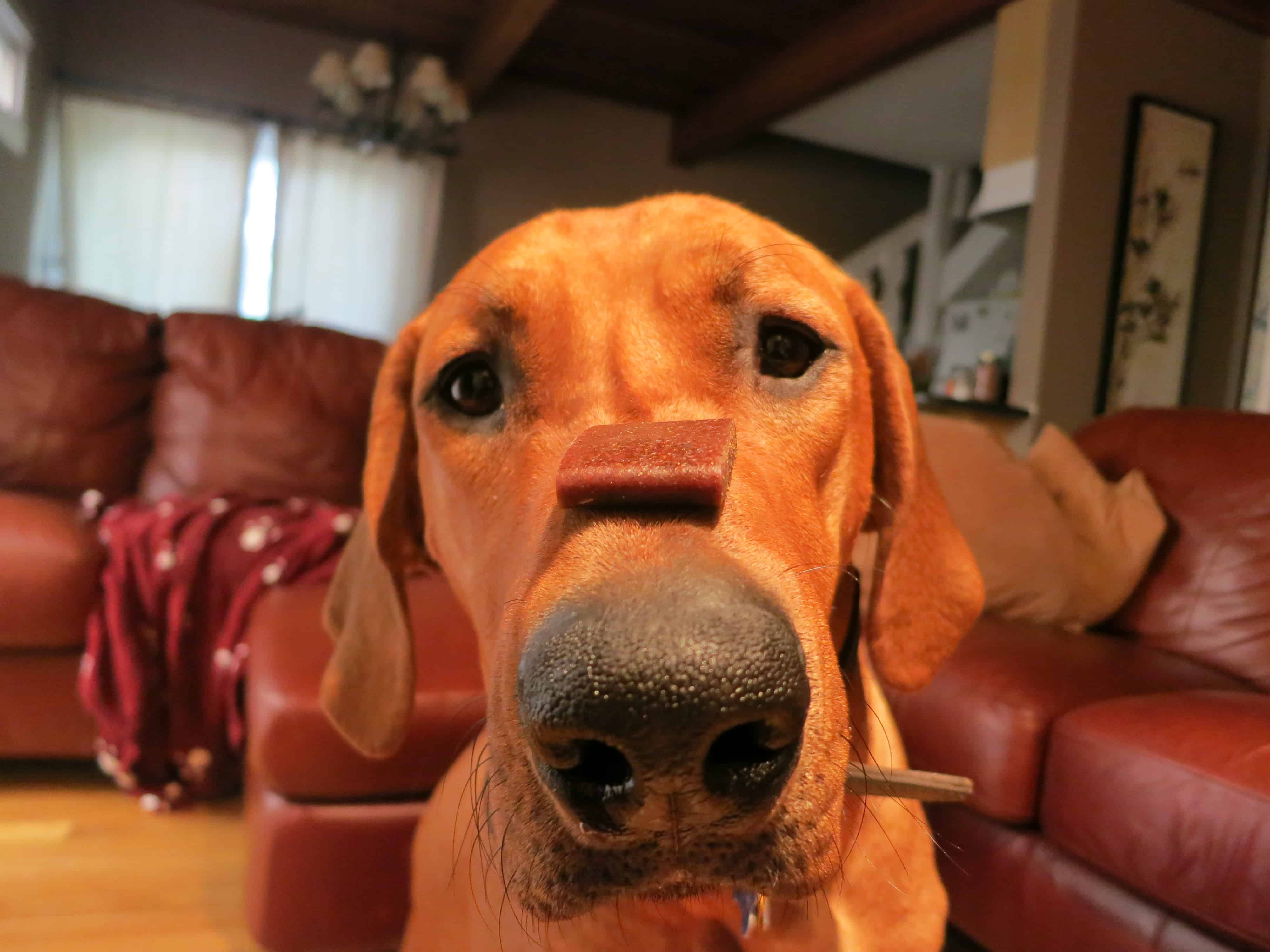 Attempt #3: “Child’s Play” – Eko still breezed through this stage, so I had to get creative… 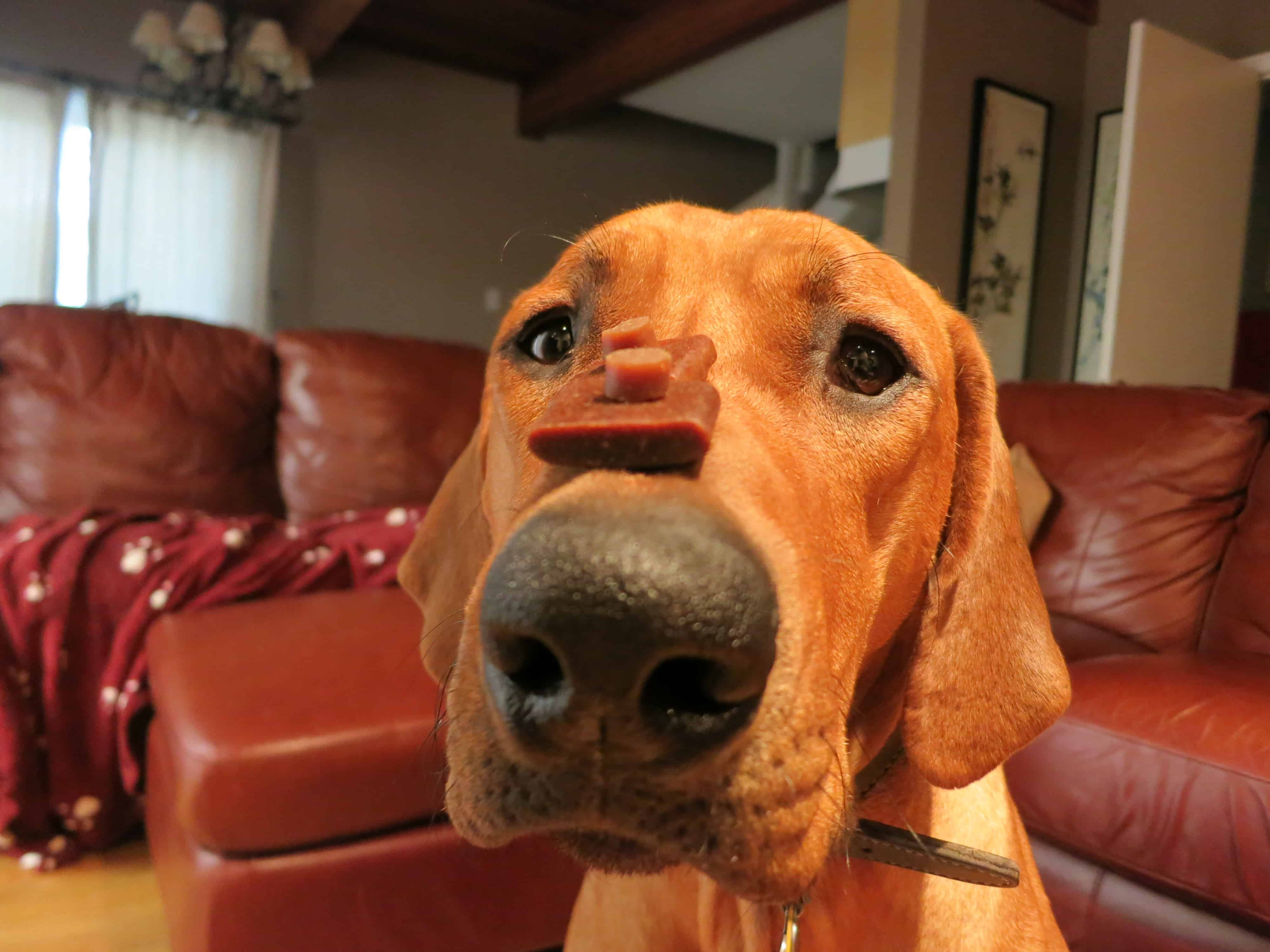 Attempt #4: “The Challenge Begins” – Four treats was where Eko really had to start working, but he still wasn’t sweating so I had to make it even tougher 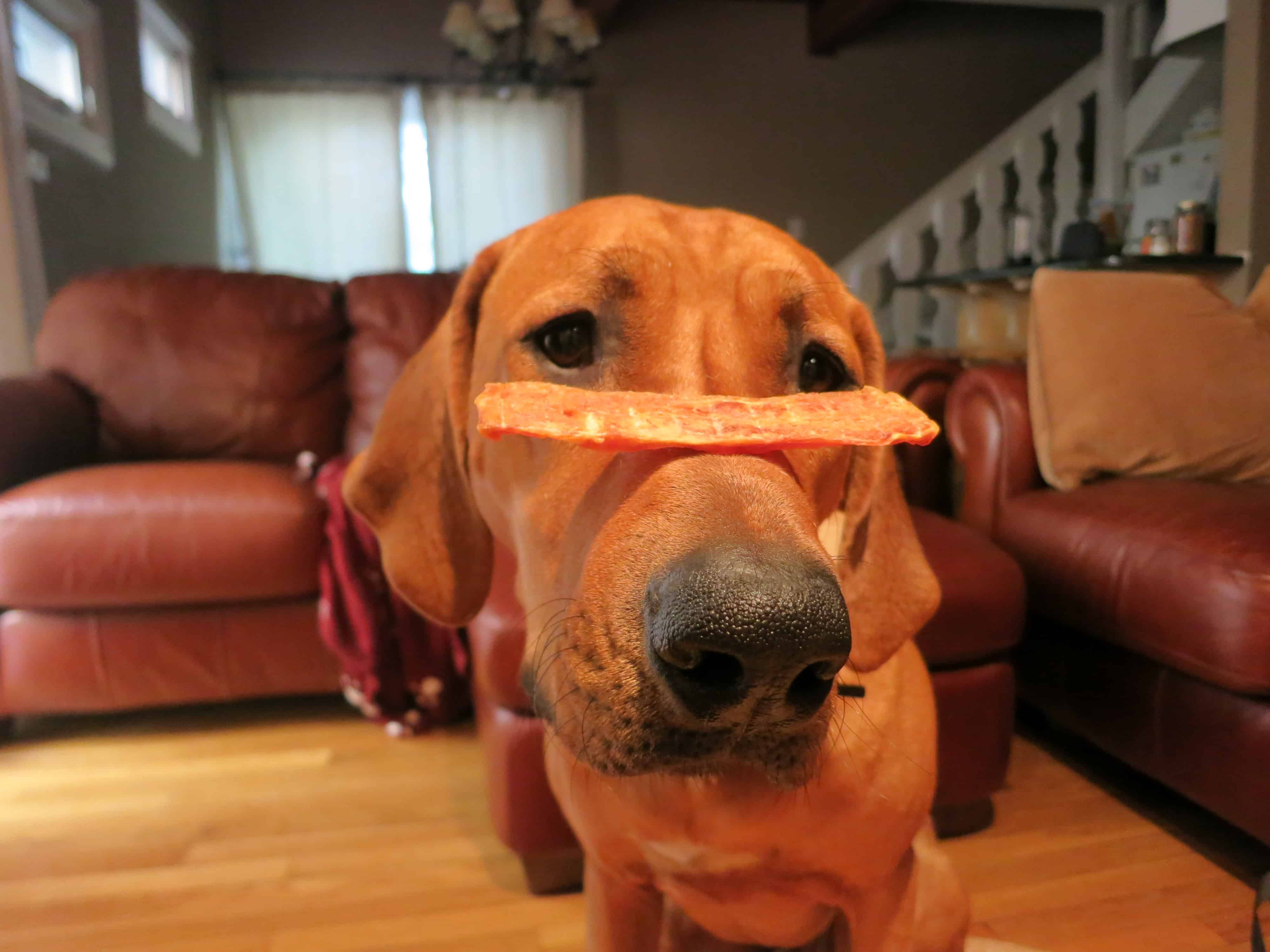 Attempt #5: “Balancing Act” – I was letting Eko off easy with treats that fit on his nose, so I started using strips of jerky to add a degree of difficulty 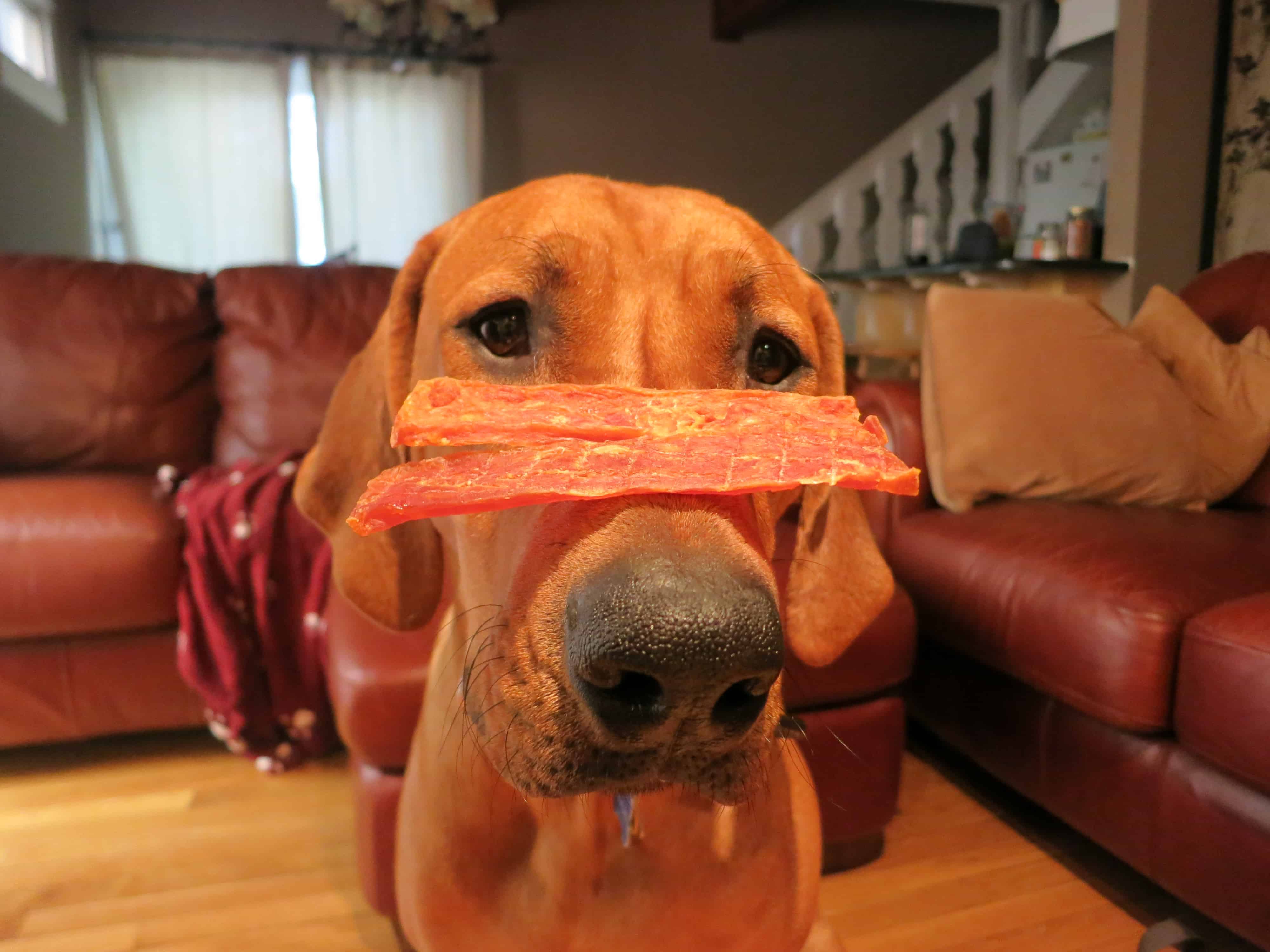 Attempt #6: “Double Trouble” – Lesser pups would cave under the pressure, but Eko didn’t let the sweet scent of jerky break his concentration.  After this attempt I knew it was time to get serious

Attempt #7: “Leaning Tower of Treats” – Ladies and gentlemen, he can not be stopped! No wires or trick photography were used! And for the grand finale, now Eko will balance eight strips of jerky. Please, do not try this at home. 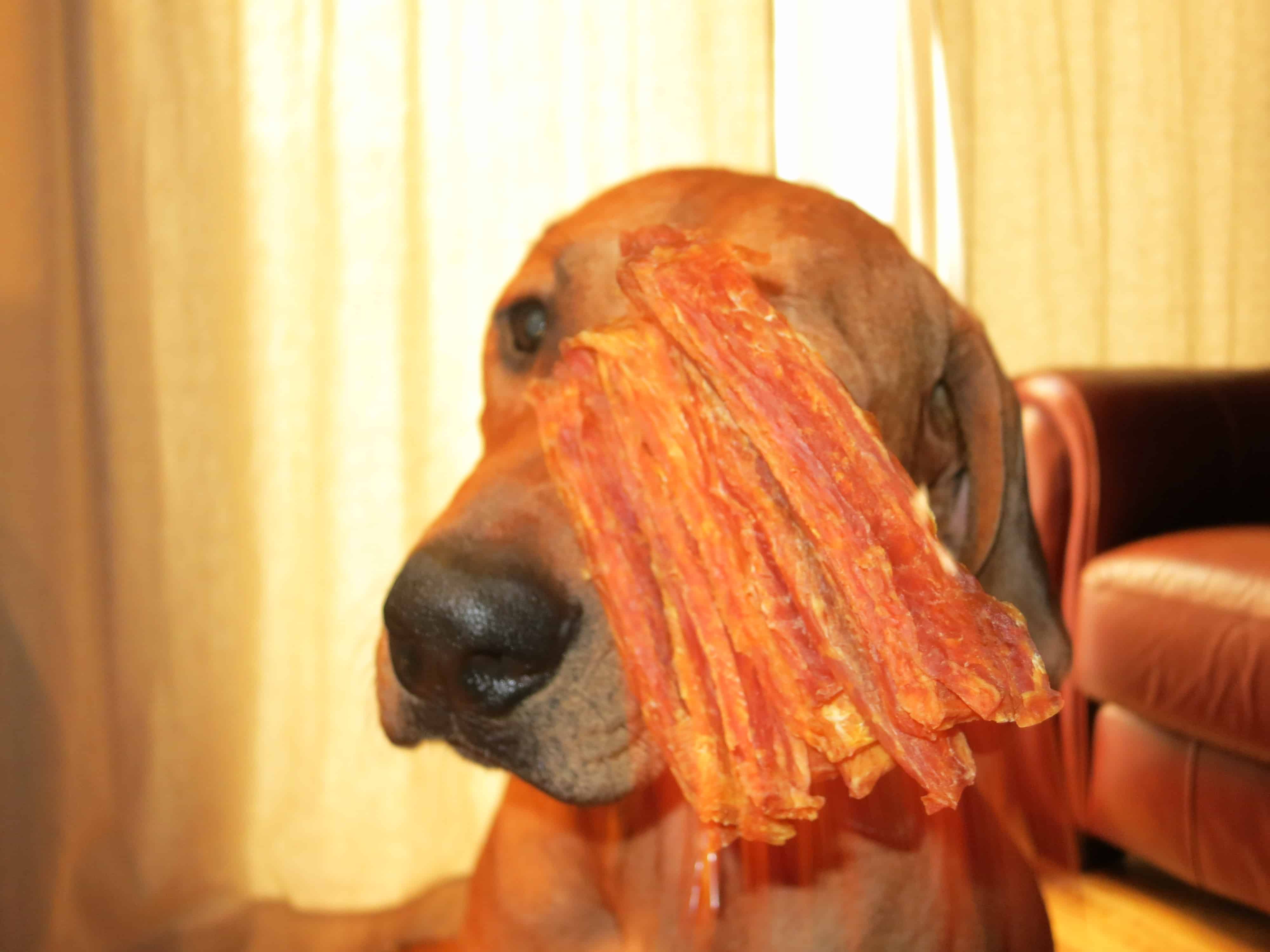 Attempt #8: “The Fall” – Oh well, I guess eight strips was too much.  Good try Eko…wait, what’s that?  He wants to try to balance TEN STRIPS!? Is that even legal? He’s crazy ladies and gentlemen, but we’ll humor him as he tries for ten. 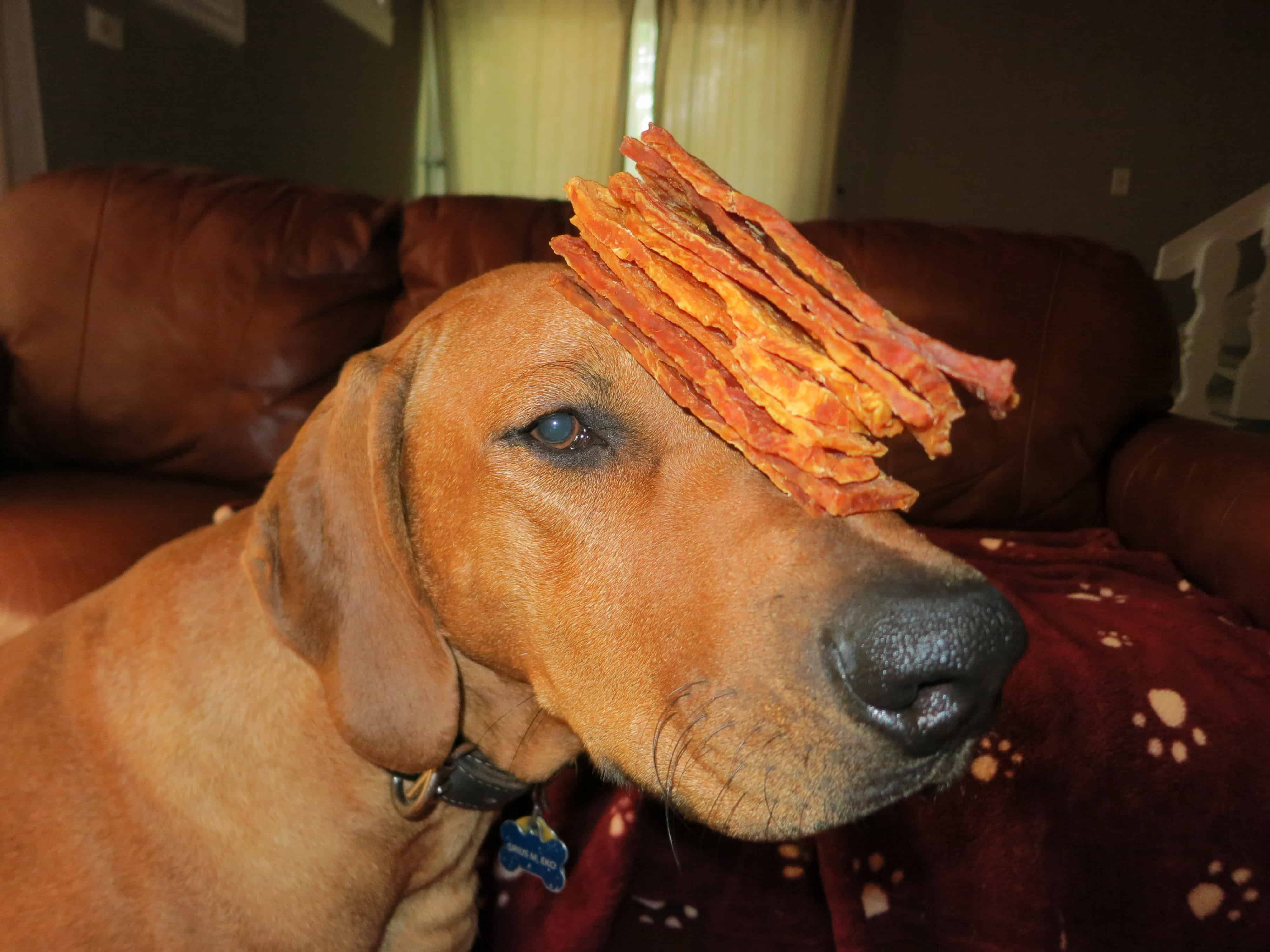 Attempt #9: “VICTORY!” – Against the odds, the phoenix has risen from the ashes and proved the world wrong! (Too dramatic?)

Eko was rewarded handsomely for his efforts and he is currently sleeping like a rock.  I’ve found that on days when the weather doesn’t cooperate, a good mental training session makes Eko just as exhausted as a good run does.  That, or he is just tired of me making him work so hard for treats!

Previous Post Dog Friendly Chicago: Our Favorite Walk Back to all posts Next Post The New Workout Plan

Comments for Eko’s Nerves Of Steel