Everything I’ve Learned About Dog Socialization

No doubt it’s a big world out there. But is it big and scary? Or big and exciting? Well, that all depends on how you look at it. “Hey bro, I can’t see. Is it scary or exciting!?” For my first dog, a terrier named Blitzen, I treated the

No doubt it’s a big world out there. But is it big and scary? Or big and exciting? Well, that all depends on how you look at it. 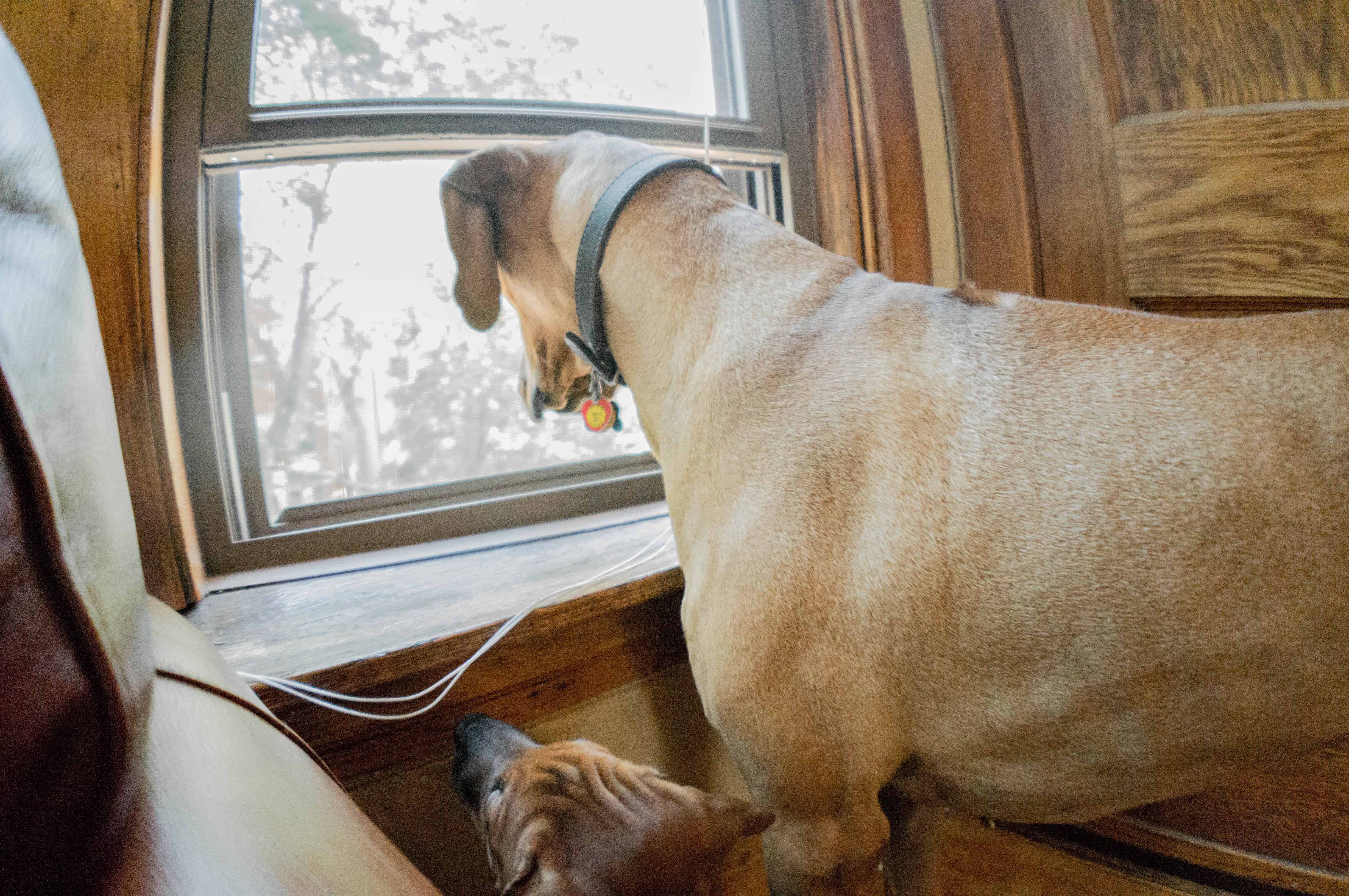 For my first dog, a terrier named Blitzen, I treated the world as big and scary. When he was a puppy I worried he might get parvo or some other illness so I never took him far from home. I kept our outings short, uneventful and far away from dogs who might get my puppy sick. I loved Blitzen like crazy and did everything I thought best to keep him safe and healthy. It wasn’t until Blitzen was older and had his full vaccinations that I felt comfortable introducing him to new people, dogs and places. Despite my coaxing, Blitzen was wary and uninterested in these novel experiences. Blitzen was a loving and loyal family pup, but he was also an unequivocal homebody. Years later I realized my efforts to protect and nurture Blitzen were well intentioned but misguided. The more I learned about proper socialization the more I realized how invaluable it is to expose your dog to novel stimuli in a positive way. 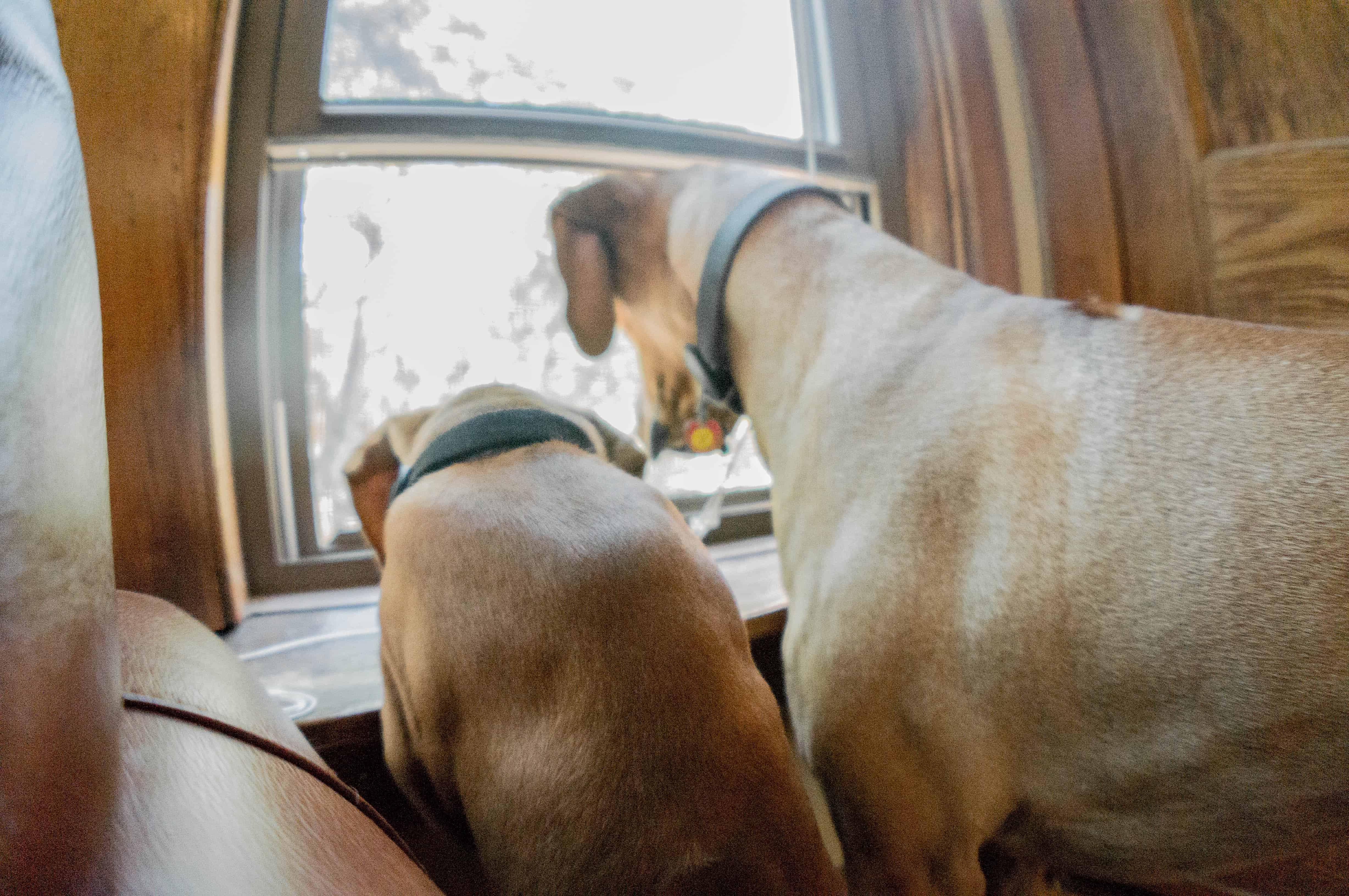 “Ooooh, looks like lots of new stuff out there!” 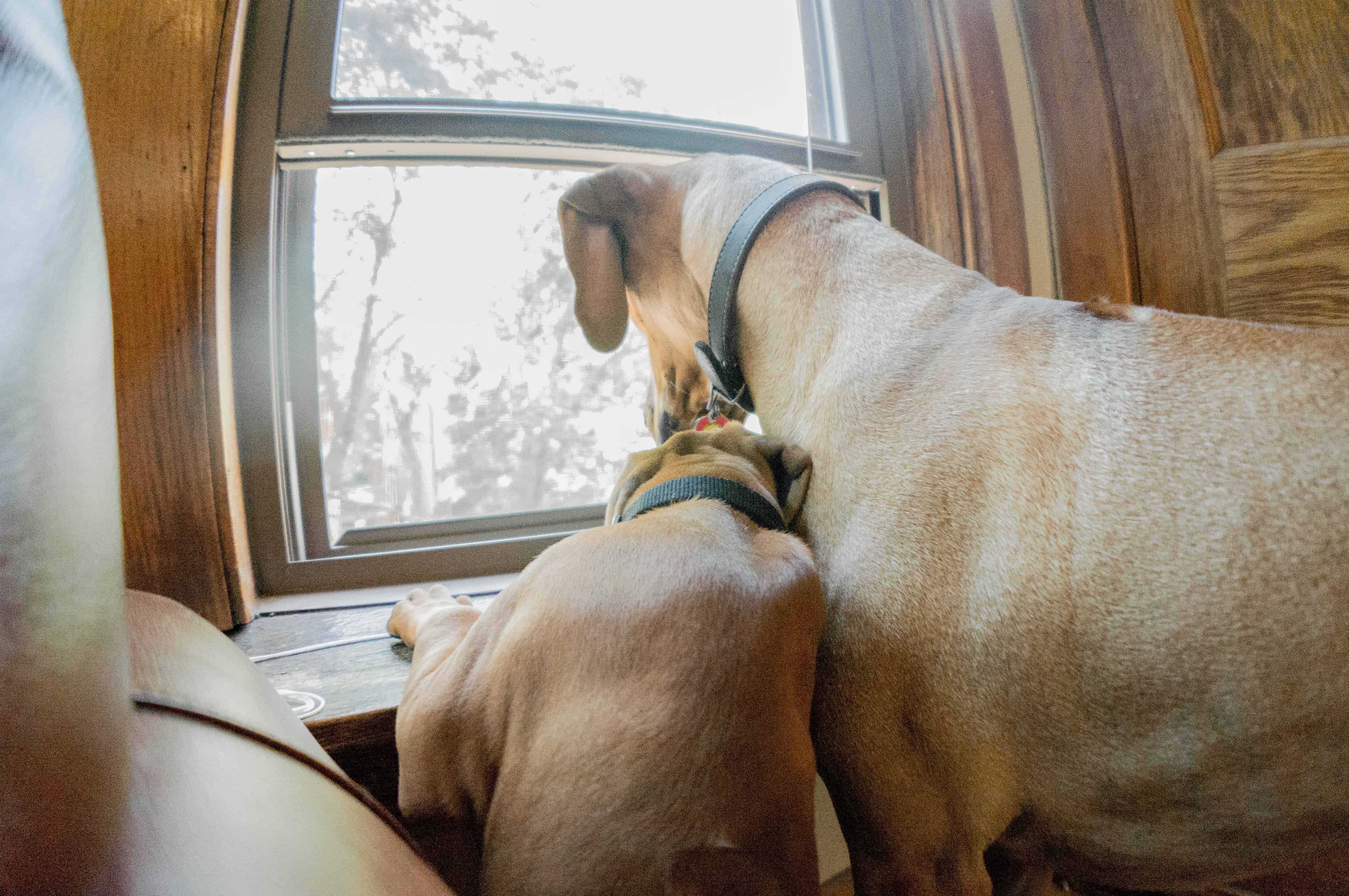 “Ok bro, so do we like the stuff out there or not?”

If you only knew Eko, you wouldn’t believe Ridgebacks have an anti-social reputation. With guidance from John, Eko’s breeder, I launched a socialization blitz for puppy-Eko that included everything from group puppy classes to family parties. Wherever I went, Eko came, and I made sure he had a blast. My efforts helped shape Eko into the extroverted and adventurous pup he is today.

Currently Penny is smack dab in the middle of the “socialization window,” the time up through about 16 weeks when dogs form their base personality and behavior patterns. Socialization is a lifelong process for pups, but these formative early months are extremely important. Penny won’t have her full vaccination schedule completed until after this initial period is over, but my veterinarian agrees socialization is too important to Penny’s development to miss out on.

As with Eko, I plan to have countless adventures with Penny, but for the next month I plan to make an extra effort to have her see as much of this big and exciting world as I can show her. The more people she can meet, the more (healthy, vaccinated) dogs she can play with, the better. Socialization also happens to be a lot of fun. 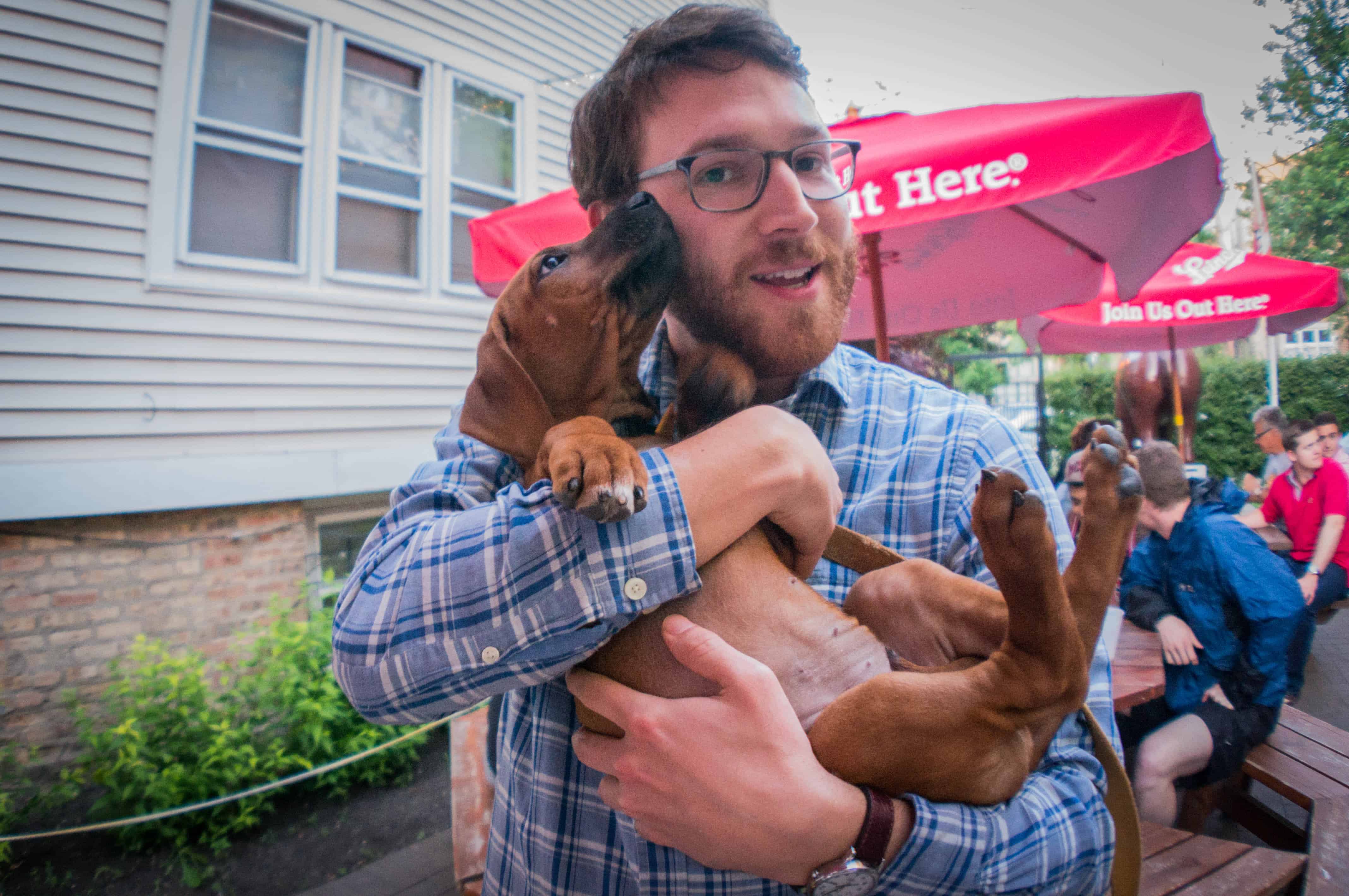 Penny introducing herself to my friend James 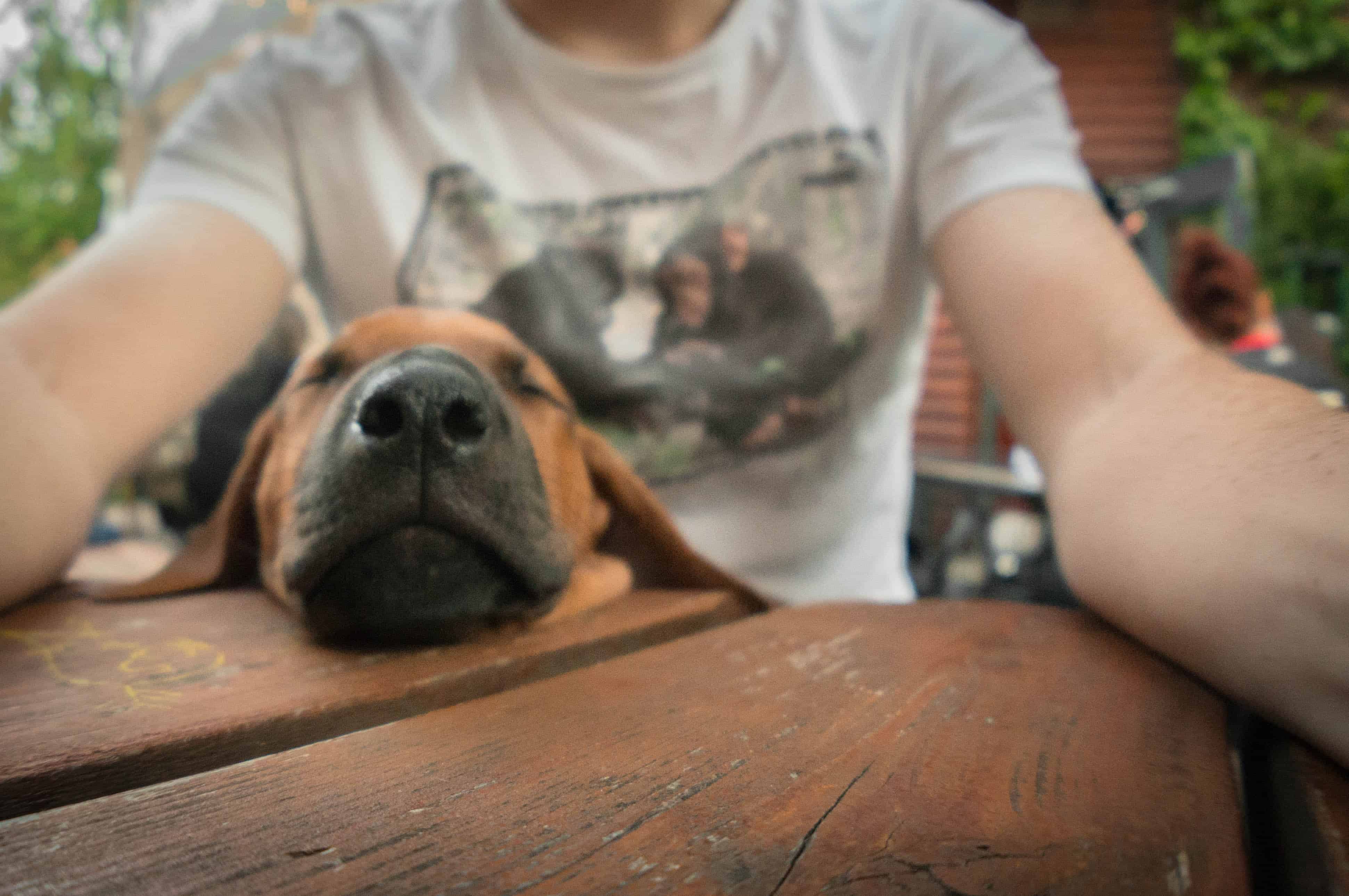 Penny loved checking out all the people on the patio when we went out for lunch. I was happy to see how comfortable she was with the commotion. Not only was she not overwhelmed, but she had no trouble taking a nap 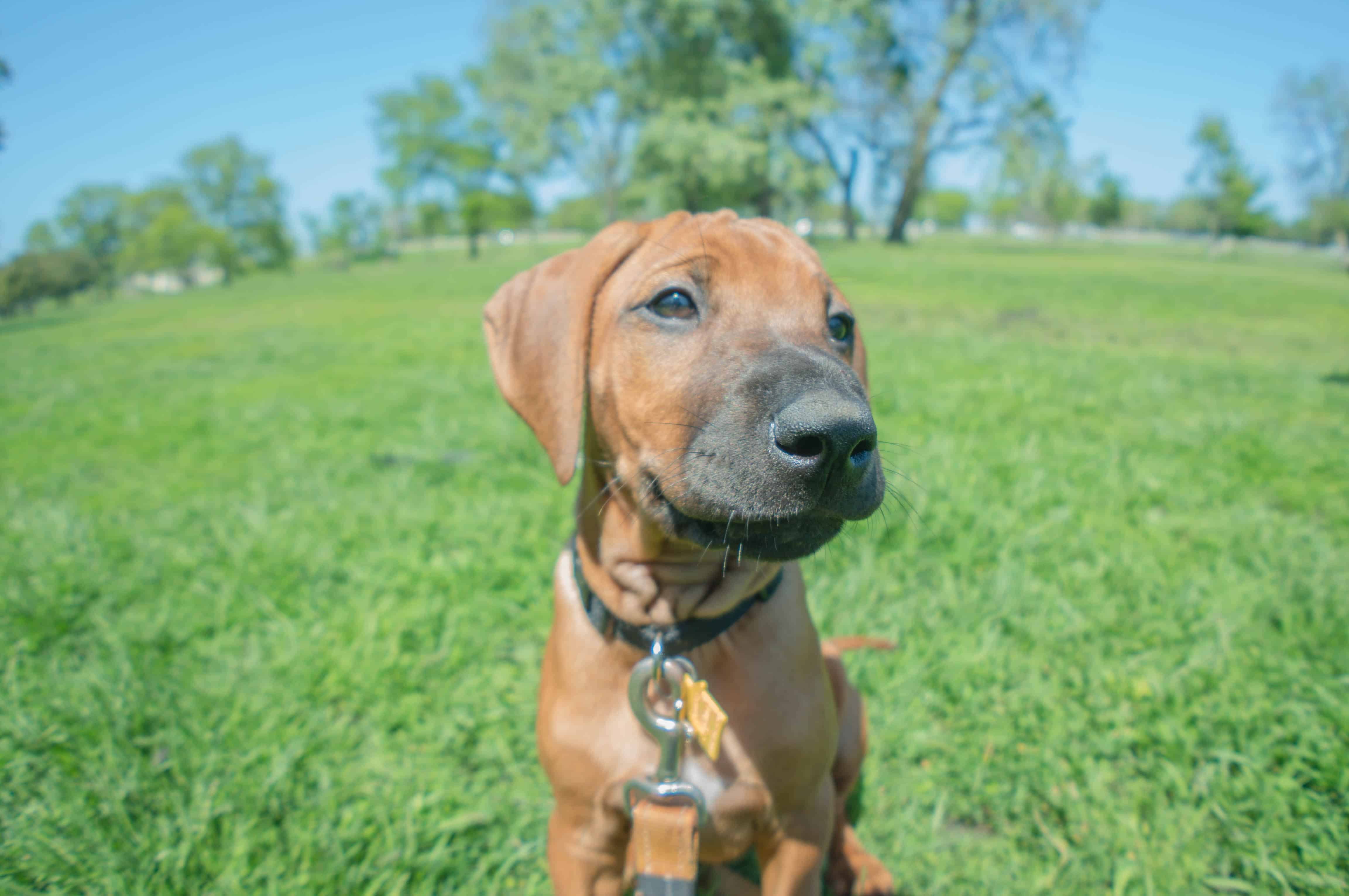 Exploring the world with a smile

This big world can be scary, but with Eko and me by her side, I think Penny will learn the scariest thing is missing out on all the fun and exciting adventures the world has to offer.

I’m always looking for new experiences for Penny, so if you have any socialization tips or suggestions be sure to let me know!

Comments for Everything I’ve Learned About Dog Socialization