Getting Our Dogs Ready for a Baby

“What if our kid is allergic to dogs!?” Emily’s sudden question pierced the sunny serenity of a quiet Saturday morning. We sat in our front room, basking in the bright spring light, each of us with a dog in our lap. Between a growing pup and a growing belly the fit was snug for Emily and Zero, but both were quite content.

“What if our kid is allergic to dogs!?” Emily’s sudden question pierced the sunny serenity of a quiet Saturday morning. We sat in our front room, basking in the bright spring light, each of us with a dog in our lap. Between a growing pup and a growing belly the fit was snug for Emily and Zero, but both were quite content. 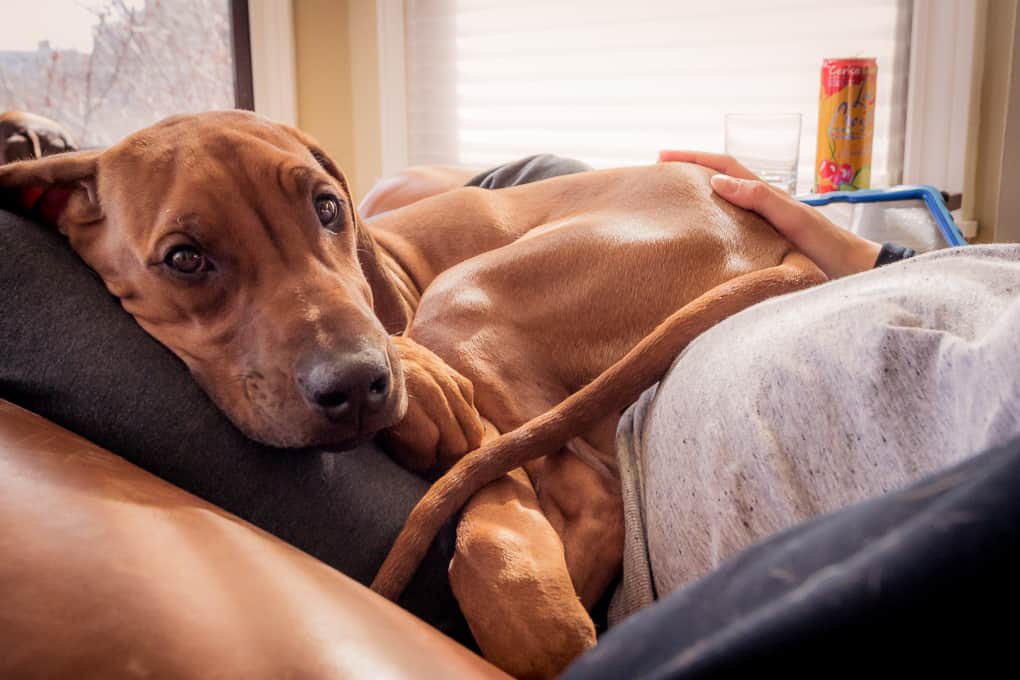 Until Emily’s sudden question. “Don’t worry,” I calmly replied. “We can always get another.” “Another dog?” “No, of course not! Another kid, obviously.” Emily gave me The Look™. The one which means she loves me not because of my jokes, but despite them. And despite my joke, I shared Emily’s concern. Not about allergies, but about all the potential problems that could arise when we added a kid to the mix. A number of people have asked me about how we prepared the pups for the new arrival and how they responded to their baby brother, so today I thought I’d answer both questions. The lion dog’s share of the work was nonspecific to Lincoln. Extensive socialization is part of the standard training repertoire with any of my dogs, so both Penny and Zero had early exposure to all types of people, including kids. We practice obedience work at every meal, so I’m confident my dogs will follow directions in the apartment. I’ve discovered the two most useful commands are “Leave it” and “Get to your bed!” The former is always helpful in a multitude of situations, and the latter lets the pups know when I need them to clear out to their safe zone. 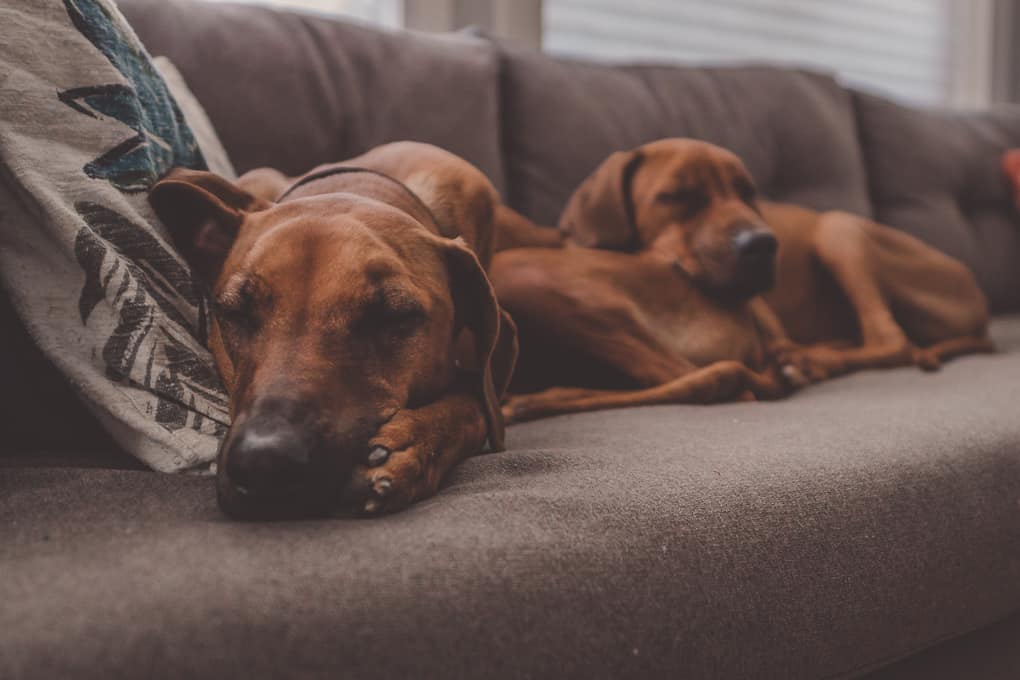 As it specifically related to Lincoln, we attended a dog-and-baby workshop which covered a lot of common sense techniques to help keep everyone safe and happy. As many recommend, I also brought a Lincoln-scented blanket home from the hospital for the pups to sniff ahead of time, but neither of them paid it much mind. The same proved true for Penny when she met her little brother in the flesh. His arrival was hailed with regal indifference and she calmly returned to the couch. Zero, on the other hand, was love struck from  the start. 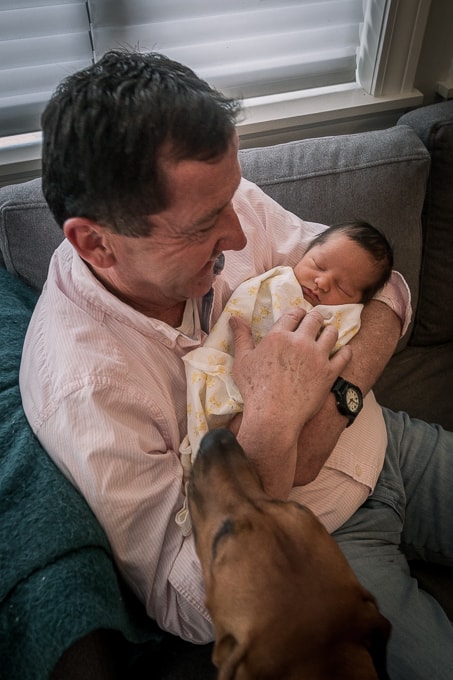 Our guiding principle is a simple one – we don’t put Lincoln in the dogs’ space, and we expect the pups to steer clear of his. This means we never place Lincoln on top of, next to or near the dogs. And when Lincoln is hanging out in his rock ‘n play we’re training the pups to give him room. Penny picked up on the rule right away, while Zero needed a bit more time to learn to let sleeping babies lie. We’ve reached a happy compromise where Zero is allowed to keep an eye on Lincoln as long as he doesn’t poke his nose into his little brother’s space. 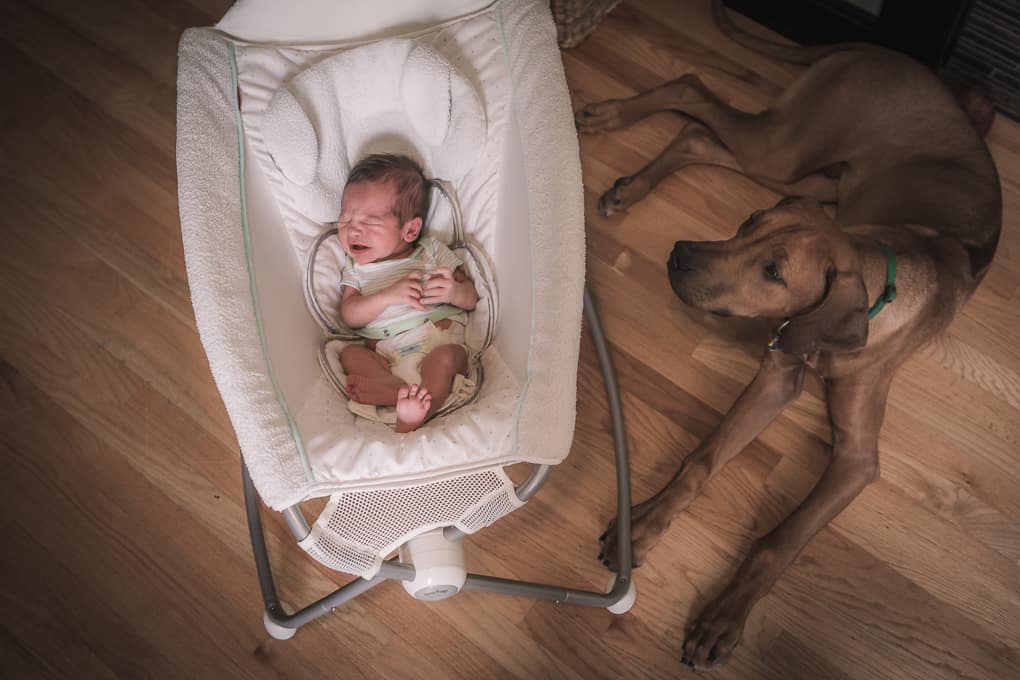 As always, the dogs are welcome to share space with all of us on the couch. 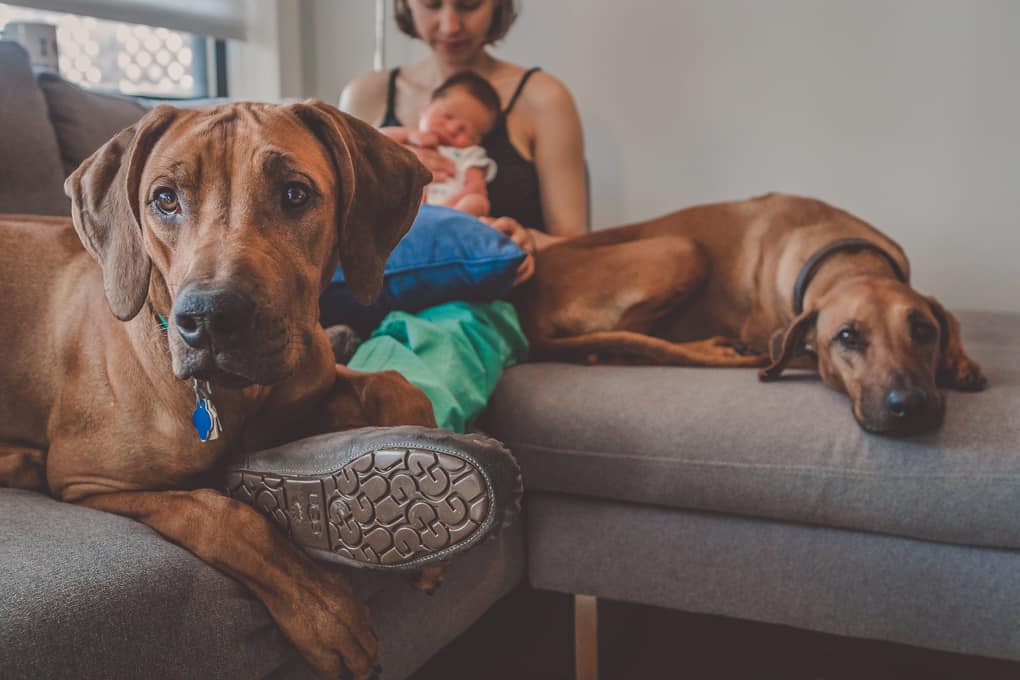 I’ve also made a concerted effort to make as many trips to the dog beach as possible. Tired dogs make much better siblings than ones with pent up energy. 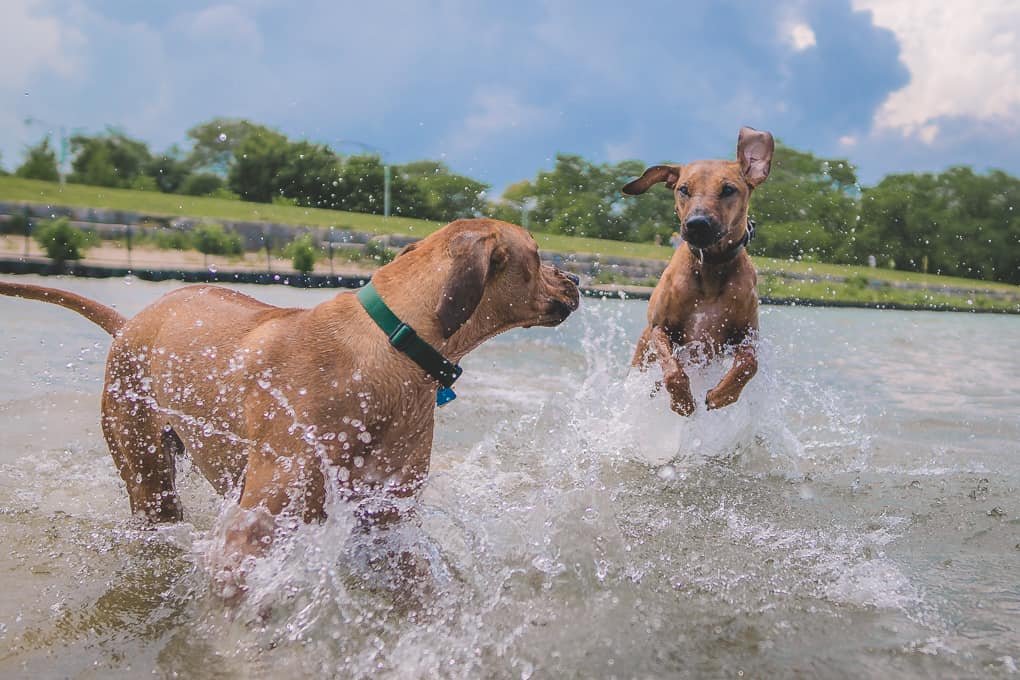 In short, I’m happy to report that parents, pups and baby are all slowly figuring out this new routine. Together. 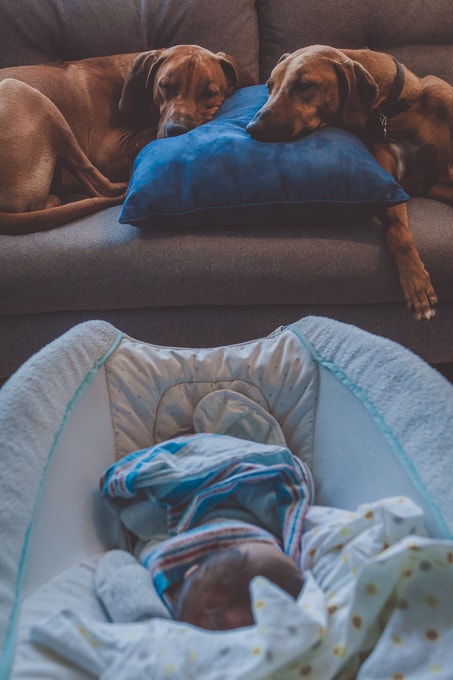 And the good news for Lincoln is that things are going so well with the pups that we’re pretty sure we’re going to keep him!
Previous Post [VIDEO] Meet The New Pup! Back to all posts Next Post [VIDEO] The Greatest Miscarriage of Justice in the History of Dog Shows

Comments for Getting Our Dogs Ready for a Baby