Has Eko Met His Match?

He has scaled mountains, surfed the Pacific and lived a life of swashbuckling adventure, but today Eko may have met his match. One of these is not a dog toy… As a number of people guessed, Eko met his first baby

He has scaled mountains, surfed the Pacific and lived a life of swashbuckling adventure, but today Eko may have met his match. 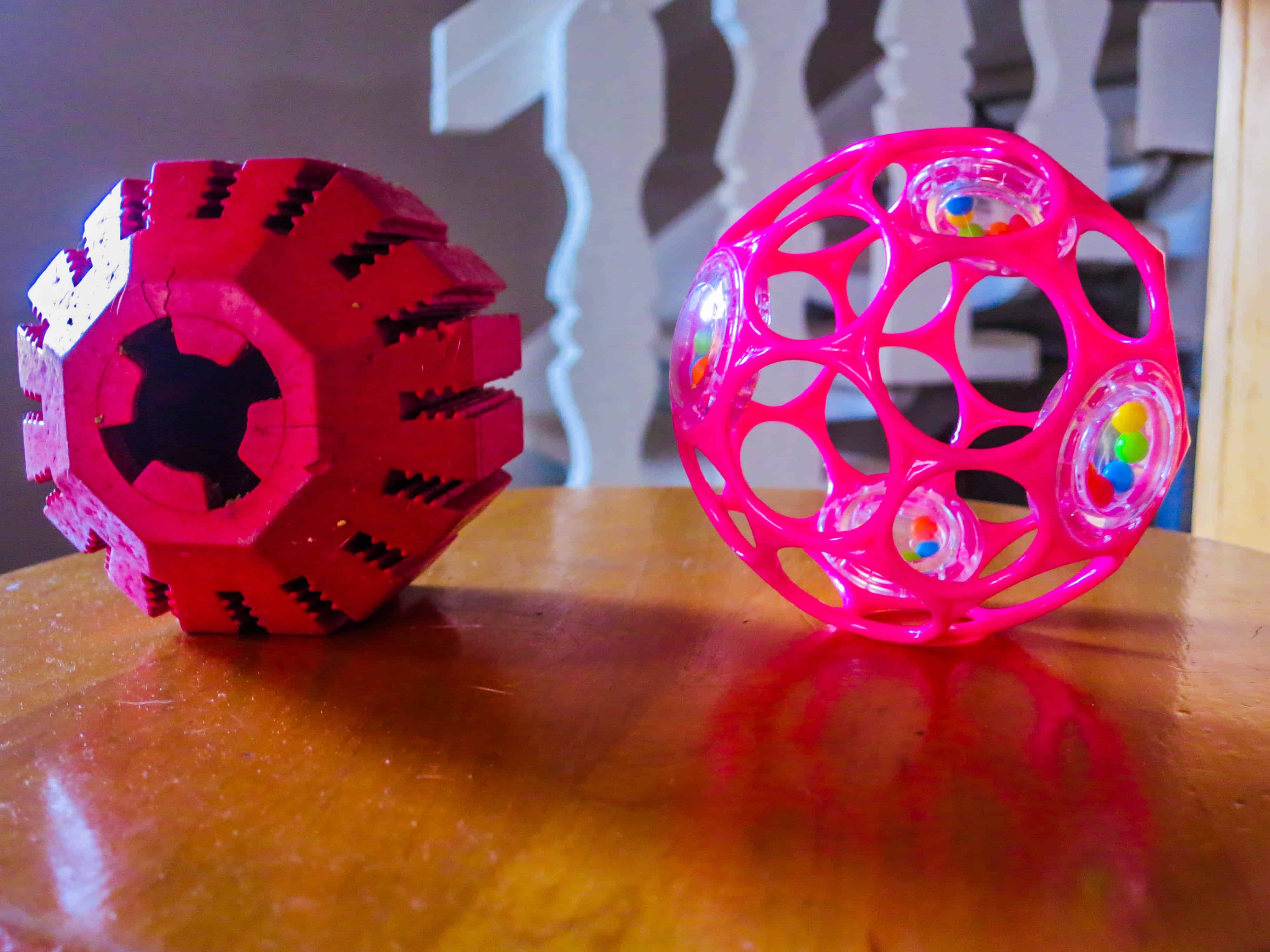 One of these is not a dog toy…

As a number of people guessed, Eko met his first baby today.  Emily’s sister, Molly, is in town with her six-month old daughter, Cecilia.  I put the camera away during introductions because I wanted to make sure everything went smoothly.

Before Ceci got a chance to see Eko, he introduced himself by sniffing and licking her feet.  Ceci began to smile, but when she looked down and saw Eko she immediately burst into tears!  Confused, Eko then started to whine and cry as well.  It was quite a scene.  Luckily the relationship quickly developed.  Ceci went from fearful to cautious to interested fairly quickly.  And once the initial novelty/jealousy wore off Eko calmed down significantly.

It is a beautiful day here in Chicago, so we decided to walk the two babies to the park. 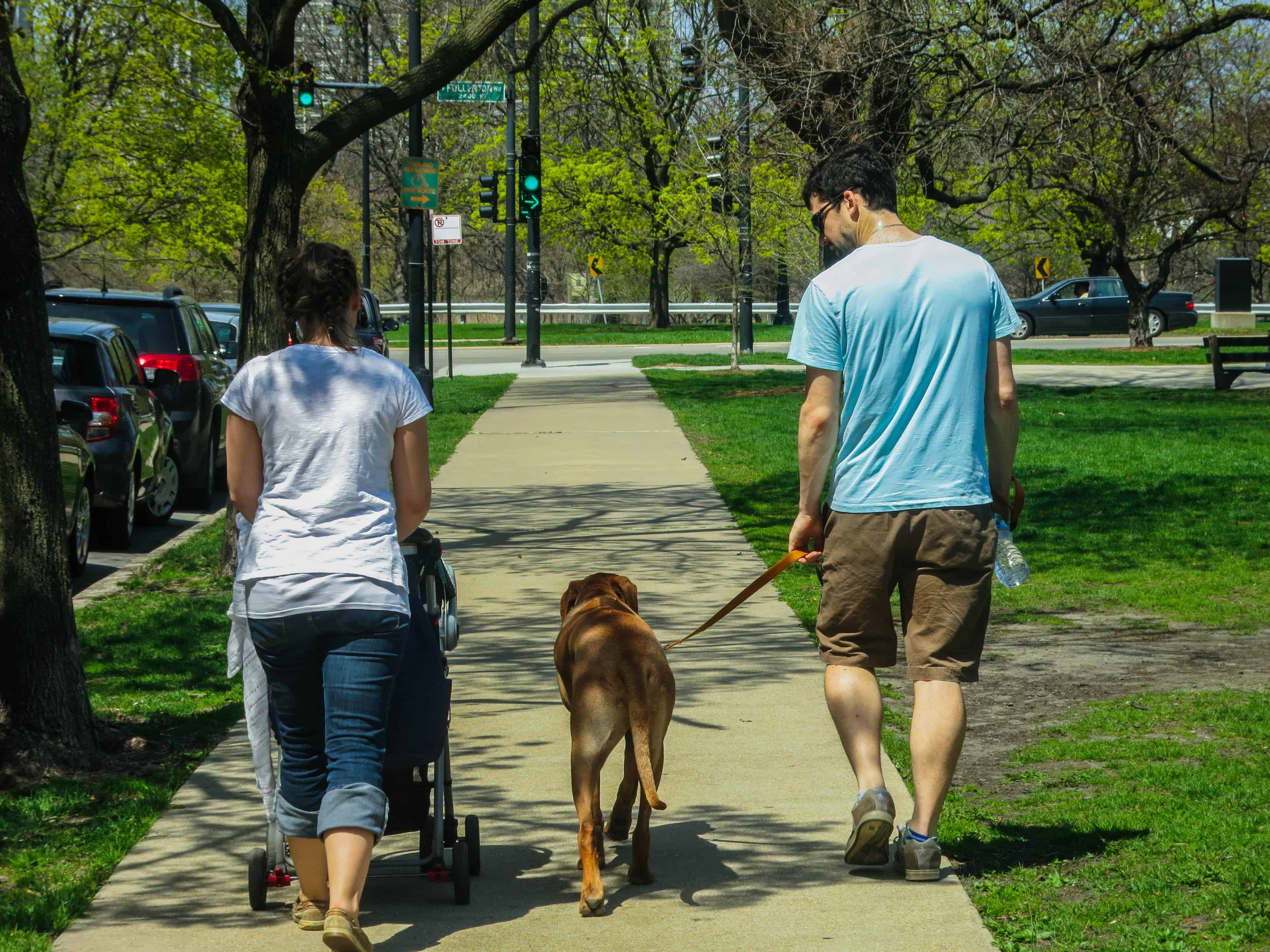 Eko and Ceci enjoying a stroll 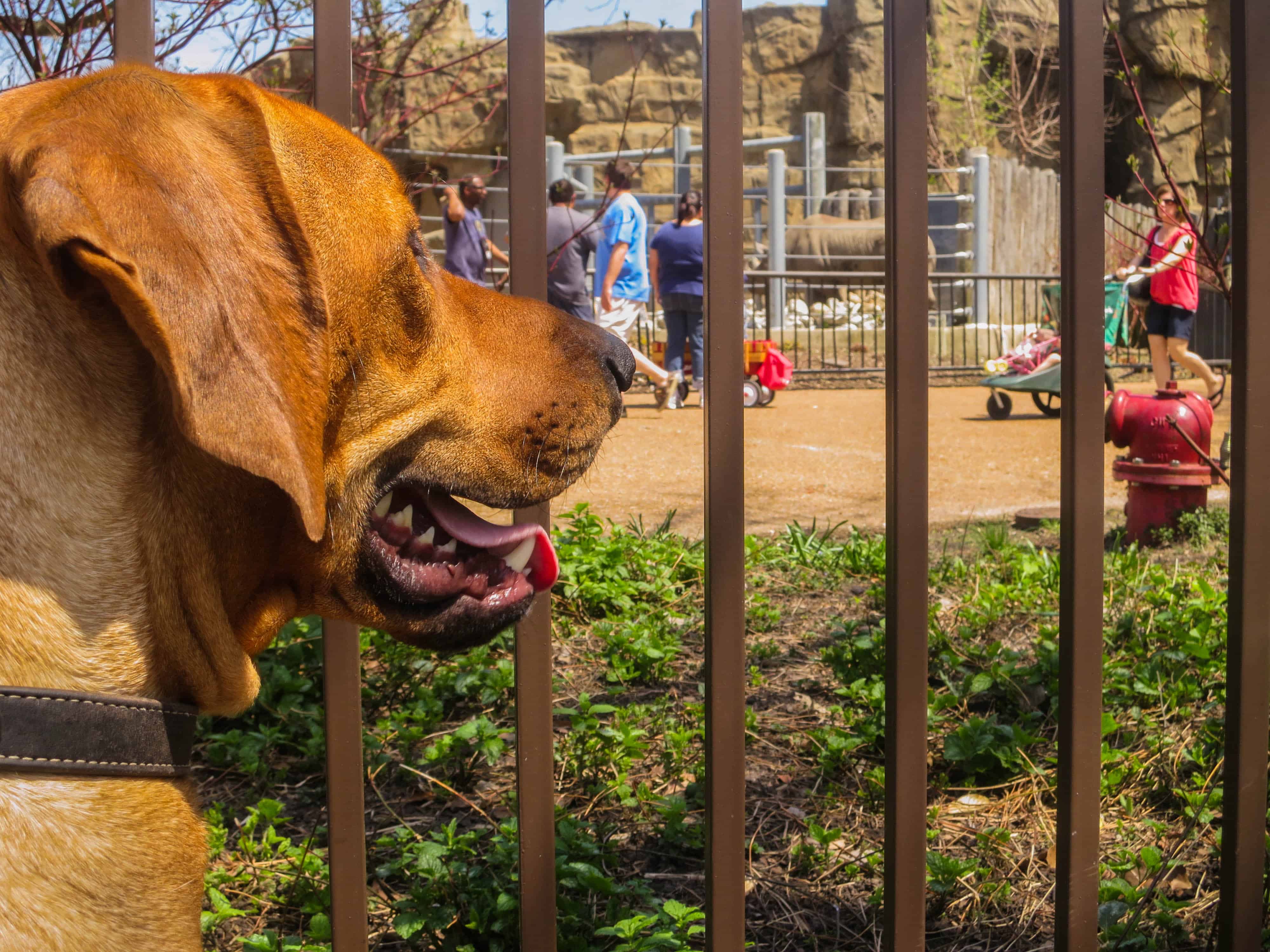 If Ceci thought Eko was big, she got the surprise of the lifetime when we stopped at the zoo 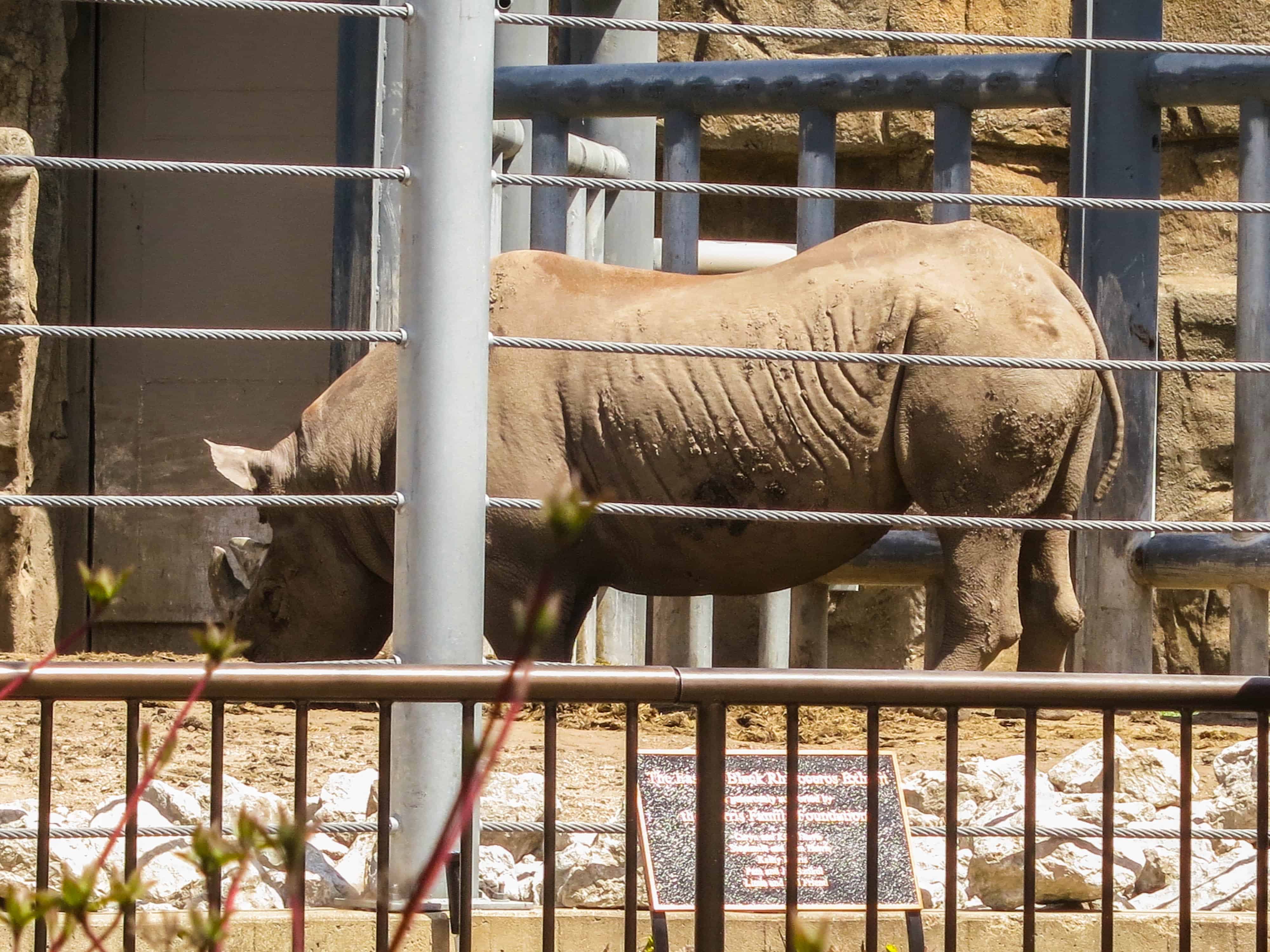 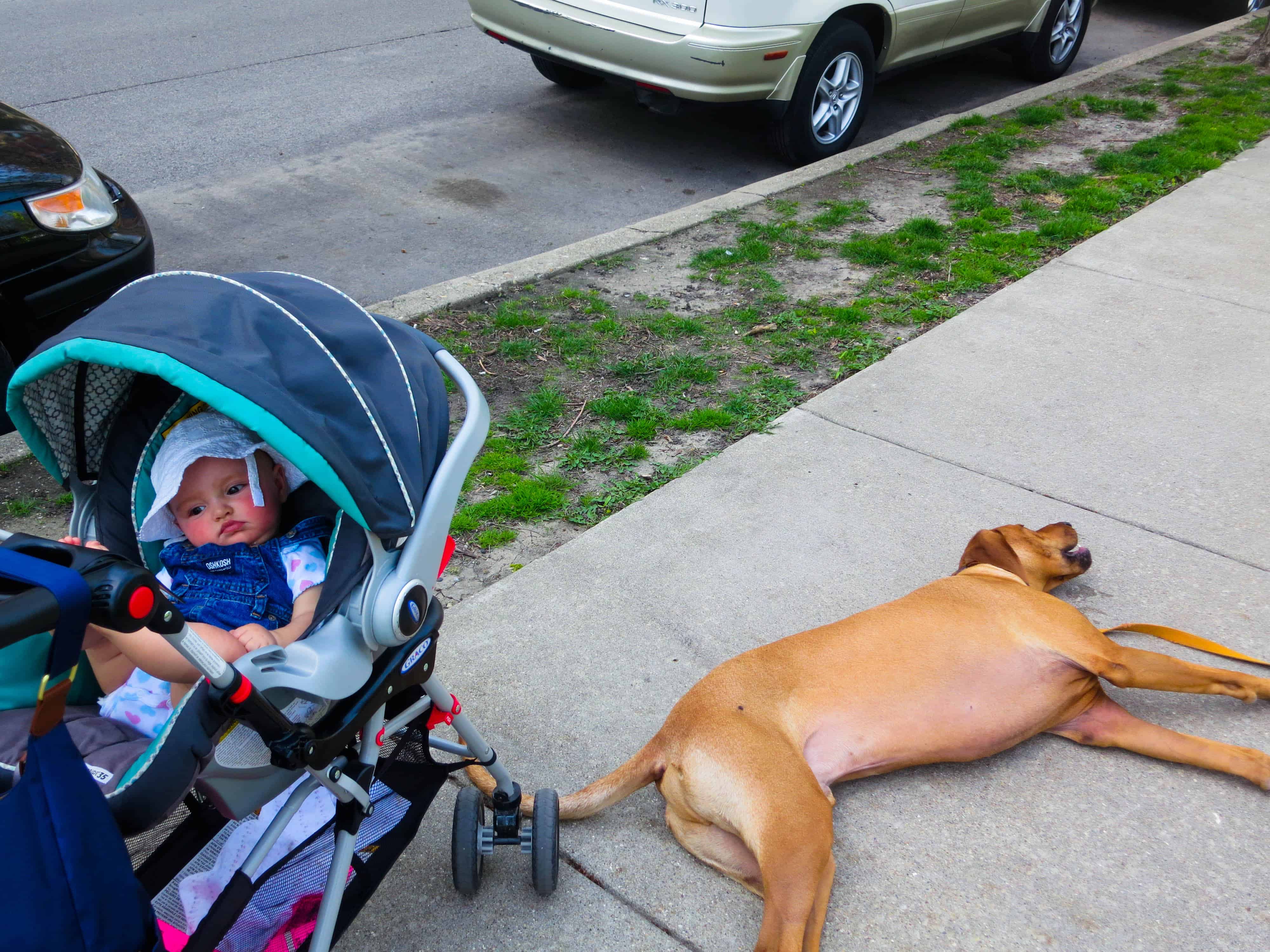 Despite some early apprehensions, it seems like Eko and Ceci are getting along just fine.  Ceci will be around all week, so I hope to use this time to teach Eko to be even more calm and well-mannered around infants.  Unfortunately my idea to buy a saddle for Eko and teach Ceci how to ride him was shot down, but nevertheless, it should be a fun week!

Comments for Has Eko Met His Match?