Humans aren’t too shabby.  We love our pets, care for them and most importantly (in Eko’s mind at least) we feed them.  However, sometimes when Eko really wants to let loose the only friends he wants to be around are his four-legged brethren.  But how is a pup supposed to 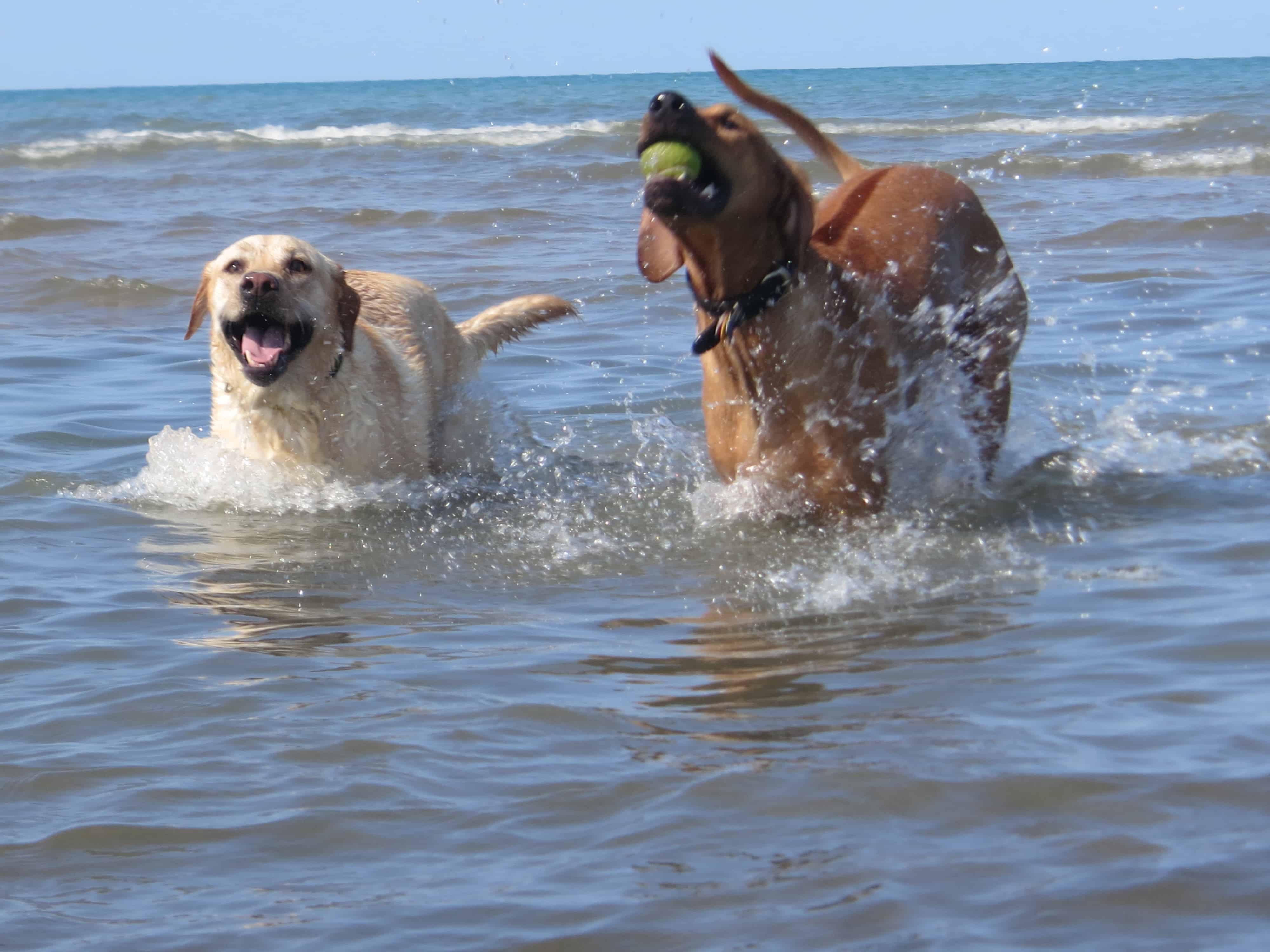 Humans aren’t too shabby.  We love our pets, care for them and most importantly (in Eko’s mind at least) we feed them.  However, sometimes when Eko really wants to let loose the only friends he wants to be around are his four-legged brethren.  But how is a pup supposed to make friends?  For Eko the answer is simple – steal stuff! In typical Lab fashion, this guy thought it was hilarious that Eko stole his ball.  They were instant friends

Not sure where he picked this little trick up, but Eko has a long history of stealing balls, toys and sticks from other dogs at the park.  Eko has no interest in playing fetch on his own and will completely ignore a discarded toy at the park, but if he wants a friend to romp with, he has discovered that the fastest way to get a playmate is through blatant theft.  Here is the technique in action: Step 1: Eko sneaks up on an unsuspecting future friend Step 2: Eko deftly snatches as much of the toy as he can Step 4: (not pictured, for obvious reasons) Eko dashes away in hopes of starting a good game of chase! After running away, Eko will often pretend to not pay attention to the victim of his crime.  Once they get close though he dashes away again to keep the game going

I have to say, Eko’s strategy works pretty well.  If a dog is possessive and growls when Eko comes near, he immediately knows to back off.  If the dog is uninterested in chasing him, Eko will just drop the toy and run off.  Most of the time though he can always find a new friend that’s ready to play.

The only thing more fun than watching Eko make a new friend is watching when one of those new friends decides to tattle on Eko for stealing.  The friend runs back to their person, whining about the crime, and leads that person over to Eko – who immediately drops the toy and does the worst job of pretending to be innocent! “Uh oh, Will.  Listen, if that guy asks, just say this tennis ball was here the whole time.”

There’s no two ways about it: Eko is a thief.  But he is a friendly thief!  Do your pets have any go-to moves when they want to get another pet to play?

Previous Post Pets Don’t Need Language To Be Persuasive Back to all posts Next Post Eko’s Book Club: The Big New Yorker Book Of Dogs

Comments for How Does Your Pet Like To Make Friends?