It sounds a lot more impressive if I say “I have lived with dogs my whole life”, rather than “I have lived with five different dogs.” So in truth, my experience with and knowledge about dogs comes from a pretty small (but important in my heart!) group of pups. 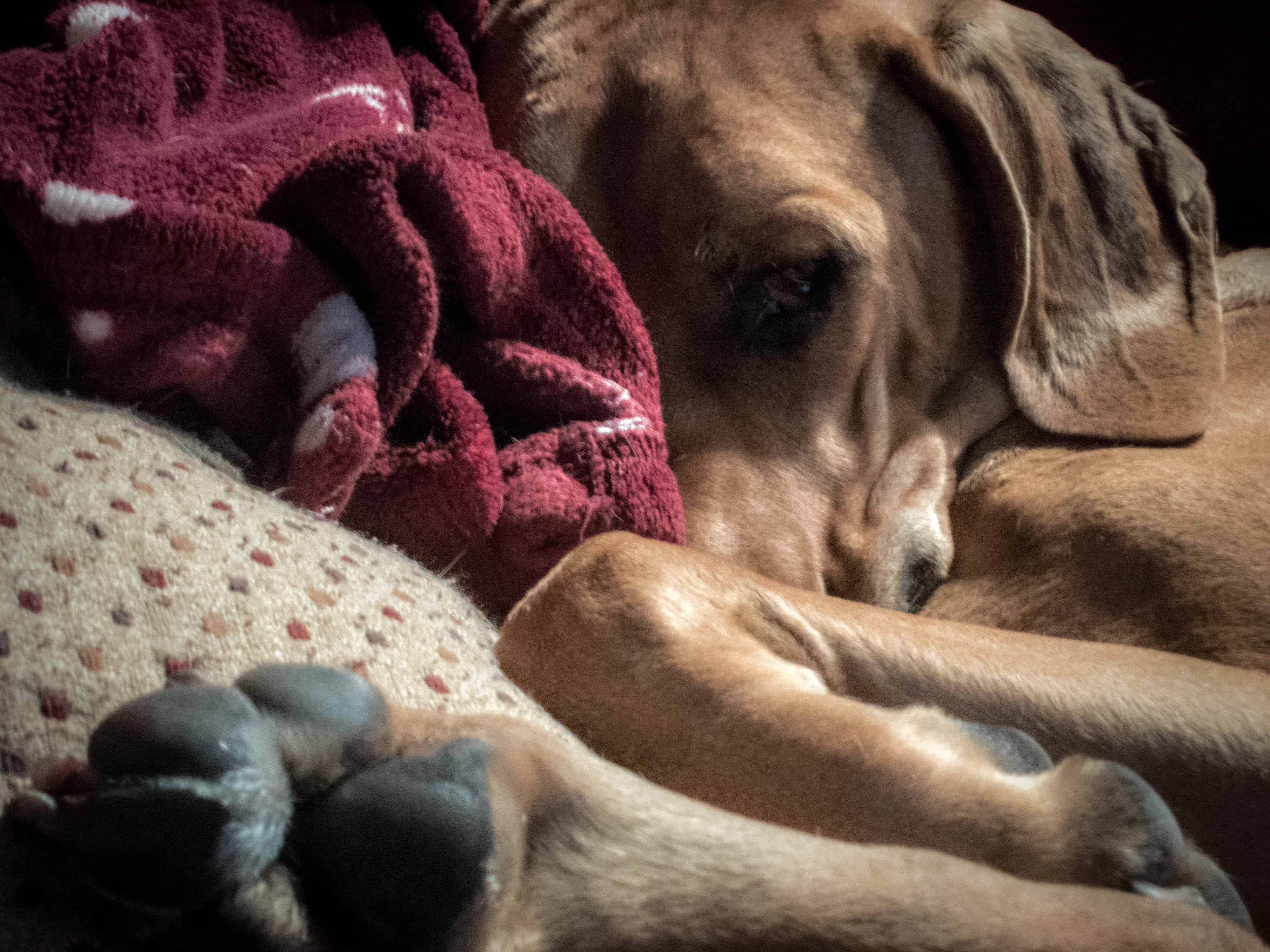 It sounds a lot more impressive if I say “I have lived with dogs my whole life”, rather than “I have lived with five different dogs.” So in truth, my experience with and knowledge about dogs comes from a pretty small (but important in my heart!) group of pups.

With that in mind I have noticed some behaviors and tendencies with Eko which I never saw in any of my other dogs.  I have no sense of how common or uncommon these traits are so I figured I would tell you guys about them and you can let me know if your pups do any of these things. Sound good? Let’s play, “Is it just my dog, or…”

Is it just my dog, or does anyone else have a dog that doesn’t want to go outside at night? Eko’s nightly “Do I really have to get up?” face

From the day he came home with me all the way through to today, Eko has always disliked having to go outside before we head to bed.  As a puppy, he would actually refuse to move and I frequently had to carry his stubborn butt.  At any other time of day Eko is ecstatic to go outside, but every night he still grumbles about getting off the couch.  Does this happen to anyone else?

Is it just my dog, or does anyone else’s dog do…whatever this is: Is it indecision? Laziness? Boredom?  I don’t know what the cause is, but I will often find Eko with only his back half on the couch.  Anyone else have a half-and-halfer?

Is it just my dog or does your dog have a different set of rules for their first friend? Eko and his big sister, Scout

Eko has four-legged friends from coast to coast.  He loves to romp and play with each and every one of them.  However, he seems to have a special set of rules when it comes to playing with his big sister.  Well, she used to be his “big” sister, I guess now she’s just his older sister. Nevertheless, Eko will stand placidly while Scout tries to put her jaws around his head like she did when he was a puppy.  He would absolutely never let another pup do that.  Does your dog have a different set of rules when playing with old friends?

Is it just my dog, or does your dog also think it’s a doting grandmother? Eko is obsessed with small dogs and puppies.  If it’s a small puppy? His tail starts wagging at the speed of light

Eko considers himself the mayor of dogville and he has to say hello to every constituent. Most pups get a cursory hello, but he gets absolutely giddy when he sees a small dog or puppy.  I have never met a dog so infatuated with smaller dogs.  Eko has nothing but love in his heart, so he doesn’t always understand why some smaller dogs don’t reciprocate the love. We’re not sure Eko fully understands how large he is

So that’s what I have. Help me out and let me know if your pup or a pup you know does any of these things.  And it’s a two way street of course. If your dog has any unique habits be sure to share.
Previous Post How Does Your Pet Like To Sleep? Back to all posts Next Post Variety is the Spice of Pet Life, Too

Comments for Is it just my dog, or…