Is The “Guilty Dog Look” Really An Admission Of Guilt?

From nutrition and exercise to grooming and training, I consider myself a pretty well educated pet parent.  However, when it comes to the “guilty dog look” I don’t know where I stand.  My gut (and millions of youtube videos) tells me that dogs can feel guilt, but I have

From nutrition and exercise to grooming and training, I consider myself a pretty well educated pet parent.  However, when it comes to the “guilty dog look” I don’t know where I stand.  My gut (and millions of youtube videos) tells me that dogs can feel guilt, but I have heard many second-hand comments that say we are incorrectly personifying dogs when we say they act “guilty.” To develop my understanding of the “guilty dog look” I decided to check out what some prominent researchers and behaviorists have to say on the subject. 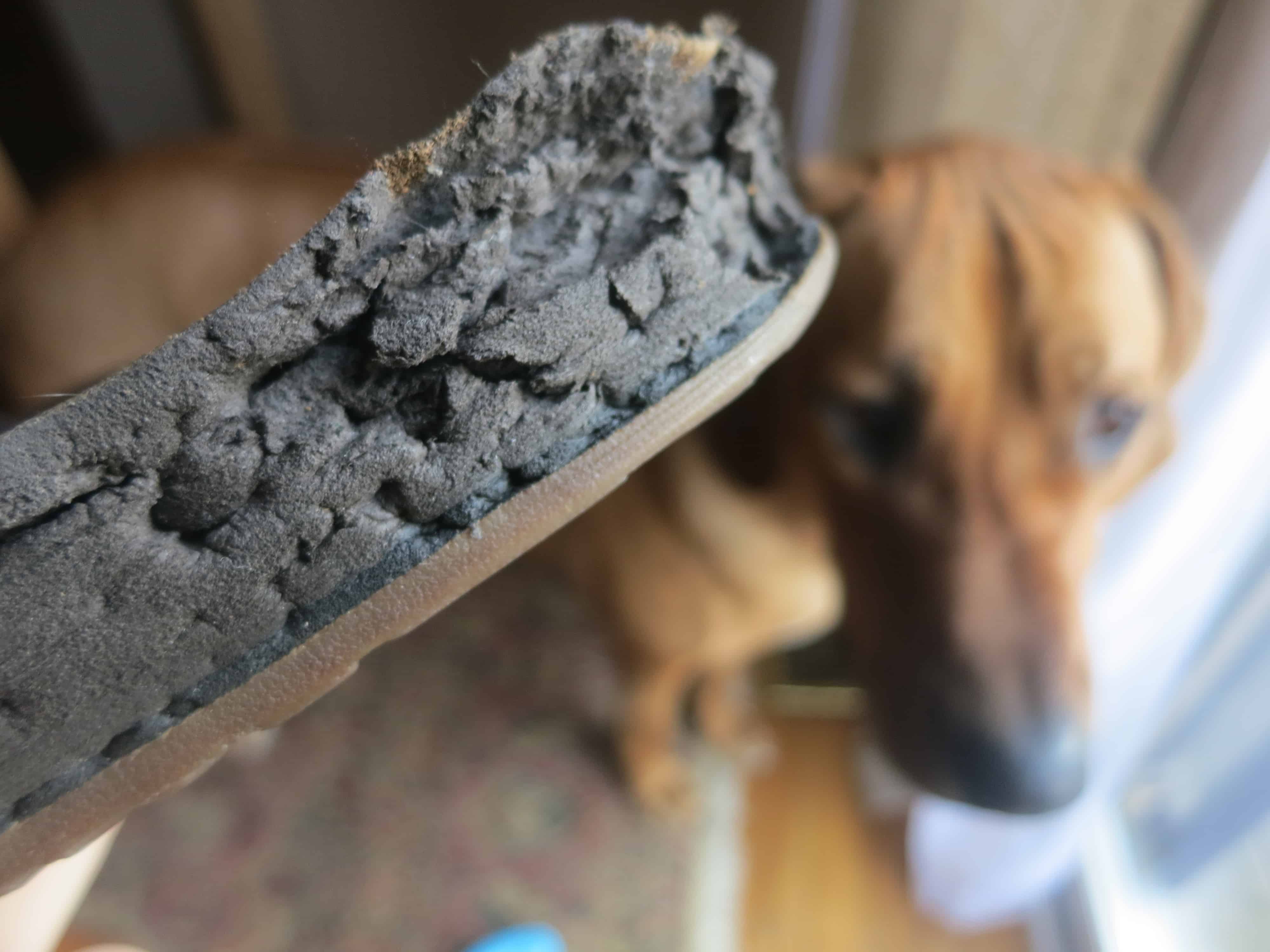 My research first led me to a 2009 Horrowitz Lab (the same lab Eko and I helped with our playtime) study which emphatically stated that dogs do not feel guilt.  In this study, owners were often purposely misinformed that their dog had stolen a treat.  Despite the dogs’ innocence, they looked “guilty” when scolded by their owners, leading the lab to conclude that the “guilty” look is a submissive reaction, not an innate feeling in dogs.

The Horrowitz Lab findings did not sit right with me for a number of reasons.  First off, my girlfriend scolds me all the time.  Most of the time it’s well deserved, but on those rare occasions when it’s not I still instinctively act guilty despite no wrong-doing on my part.  Maybe dogs, like me, assume guilt until proven innocent? 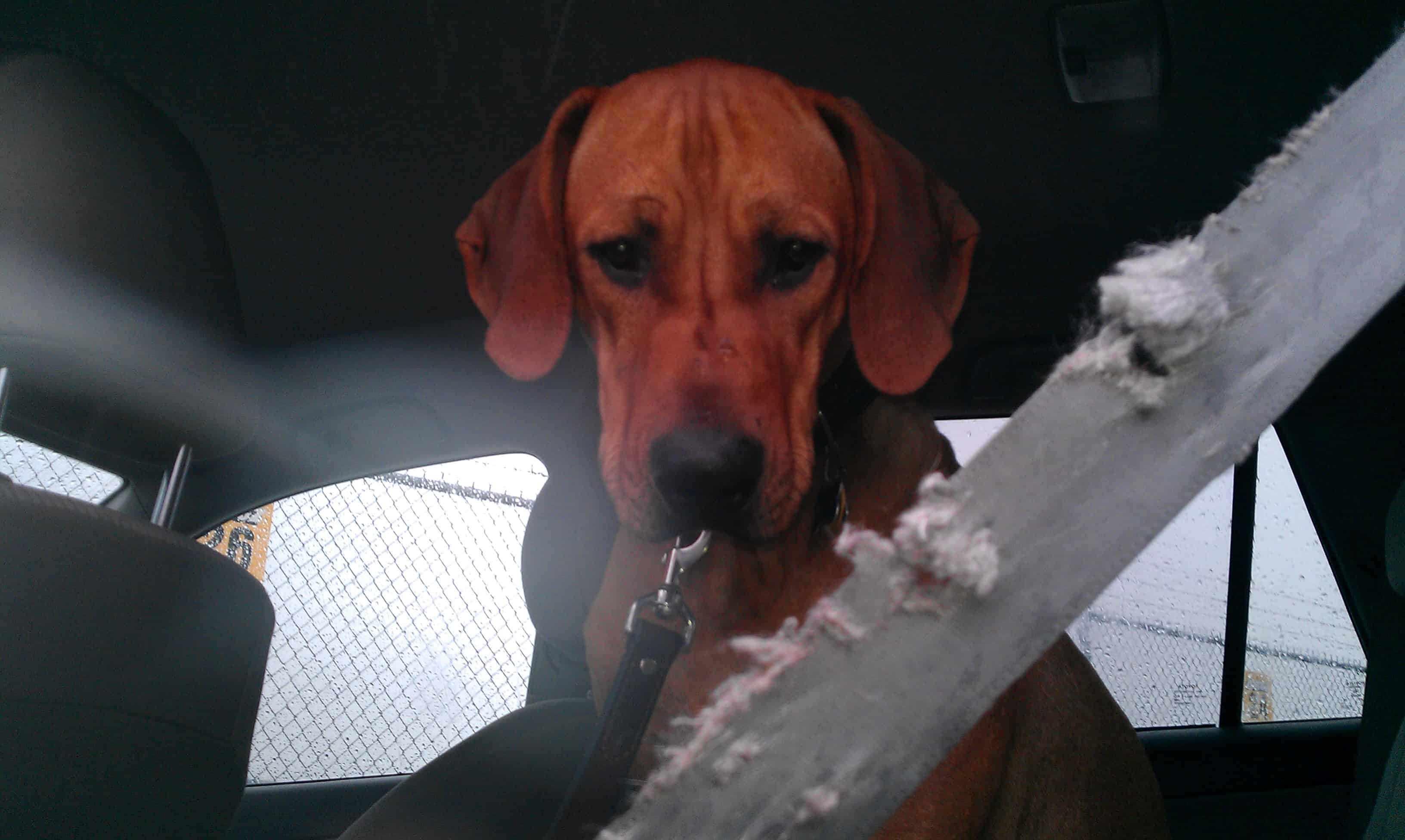 The Horrowitz Lab study also did not account for an experience which I, and many others, have had.  When Eko is home alone he will always greet me at the door – unless he has misbehaved.  Before he even sees me he knows he is in trouble!  Thankfully I wasn’t the only one with these concerns, and in 2012 another group of researchers studied the “guilty dog look” in more depth.

This more recent study agreed that innocent dogs will act guilty when scolded – again, a response I would expect and can totally empathize with.  What I found interesting was the fact that the dogs who actually were guilty of stealing the treat acted “guilty” for an extended period of time, whereas the innocent dogs did not. 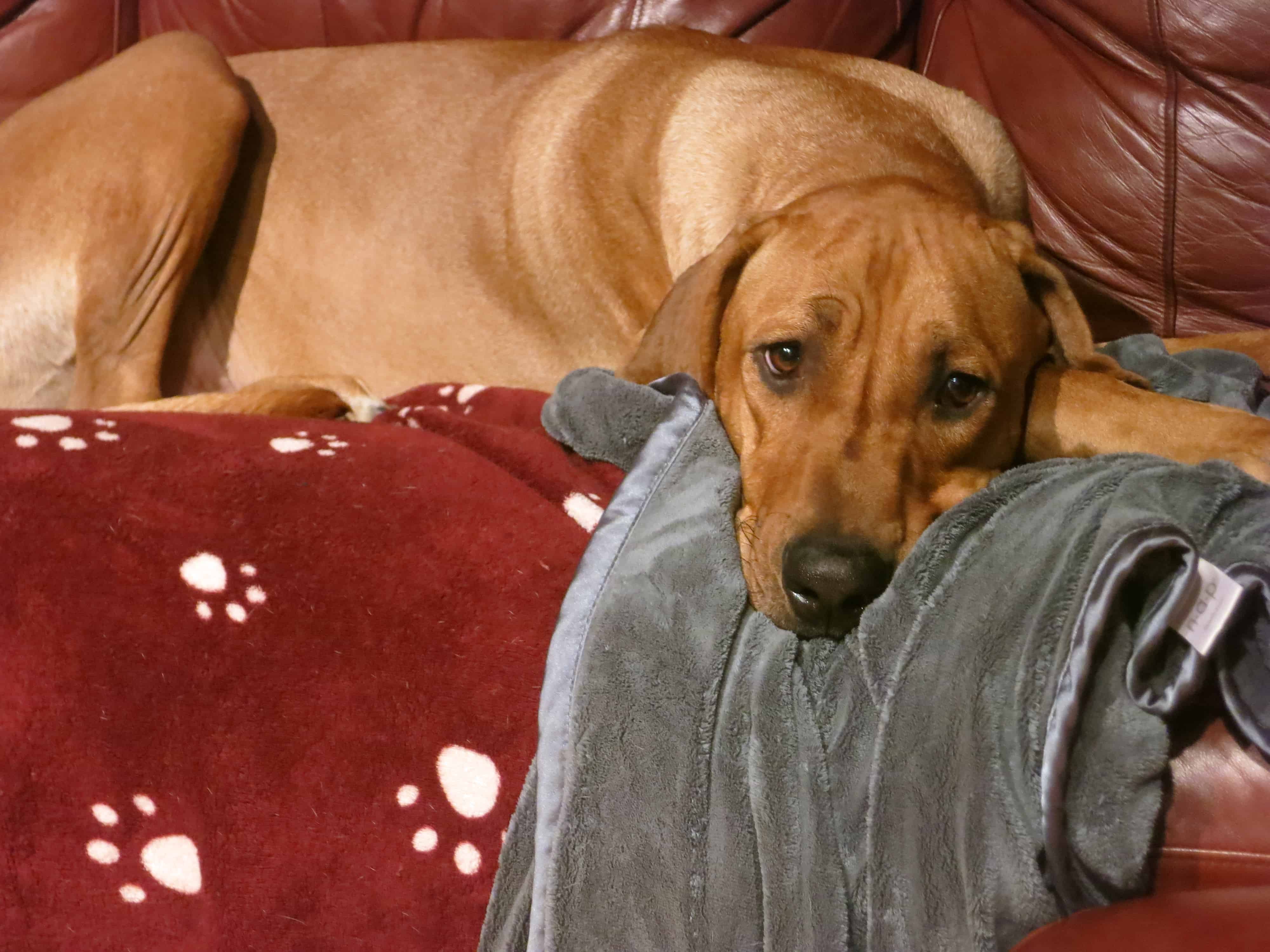 Eko’s extended “guilty” behavior is frequently one of his mopey “please forgive me!” faces

The second study was by no means conclusive, but I do think it made the important distinction that the “guilty dog look” is not a simple open and shut case.  The evidence may be mixed, but if I was a juror I would go with my gut on this one and say that dogs can feel guilty.  I’m sure it’s not the exact same emotion people have, but it’s close enough for Eko to feel bad for eating my favorite pair of sandals when he knows he shouldn’t!

What do you guys think about the “guilty dog look?”

Comments for Is The “Guilty Dog Look” Really An Admission Of Guilt?