Lesson For a Loveable Lug

I love all dogs, but I have a special spot in my heart for larger pups. They tend to be some of the sweetest, goofiest, wannabe lap dogs. Bernie, a Great Dane we met at the beach, met all the above criteria One of the tough parts 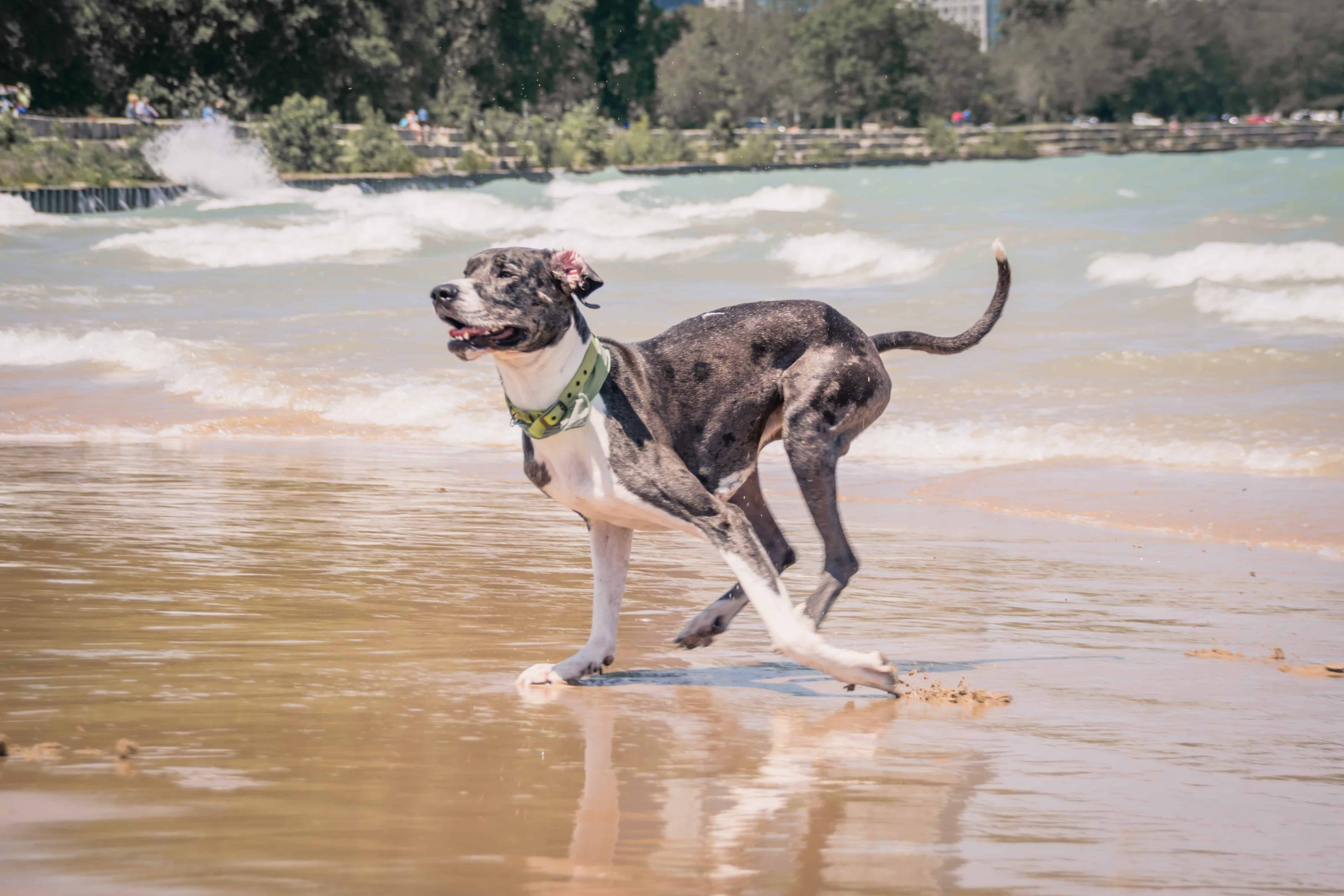 I love all dogs, but I have a special spot in my heart for larger pups. They tend to be some of the sweetest, goofiest, wannabe lap dogs. Bernie, a Great Dane we met at the beach, met all the above criteria

One of the tough parts about having a large dog is that some people are wary of letting their dog play with yours. Eko is hilariously gentle with smaller dogs, but I completely understand why his size might make a person nervous. If I see that’s the case, I’m happy to run the pups to a different part of the beach.

Bernie, a gregarious pup a few months older than Penny, had the same trouble the other day. He’d good naturedly bounce and crash around smaller dogs (ie: every dog at the beach) and his owner kept shooing Bernie along.

Bernie bounded over to Penny and started pushing her around a bit. Bernie’s owner graciously offered to move Bernie down the beach but I just laughed and told him to enjoy the show. Bernie was even more confused when Penny started chasing him! “You messed with the wrong chick, buddy!” So she called in the cavalry Eko and Bernie bounced and crashed while Penny looked on “Bernie, trust me, you’re getting off easy by wrestling me instead of Penny”

After getting run ragged by Eko and Penny, Bernie, in true big dog fashion, looked so pleased with himself as he flopped in the sand. Bernie’s owner said he appreciated me letting Eko and Penny run with Bernie. I told him we were more than happy to pass along the lesson Penny learned just a few weeks back.

It’s the circle of life!