“So you just travel around with your dog? That sounds awesome, do you have a card?” -United States Border Patrol Agent   Info tour is me? That is some terrible English right there Wednesday morning I spread a map across my desk at the

“So you just travel around with your dog? That sounds awesome, do you have a card?”

Info tour is me? That is some terrible English right there

Wednesday morning I spread a map across my desk at the hotel in Burlington, saw how close we were to the border and looked at Eko. “Are you thinking what I’m thinking?” I asked. “If you are thinking about how nice it would be to have opposable thumbs in order to open the dog food bucket anytime you want – then yes.” I didn’t see any point to continuing that line of inquiry so I made an executive decision that Eko and I would make a break for the border. I wanted to see what kind of pet-friendly places Montreal might have to offer.  I figured it would also be good to familiarize myself with the border crossing if Eko and I ever decide to pull a string of bank heists and need to get out of the country until the heat blows over. In a rare instance of foresight, I picked up an International Health Exam form and a Rabies Certificate from my vet before Eko and I left for this trip.  Both of these documents are necessary to bring your pet into Canada, so be sure to have them handy if you plan to make a move across the border. 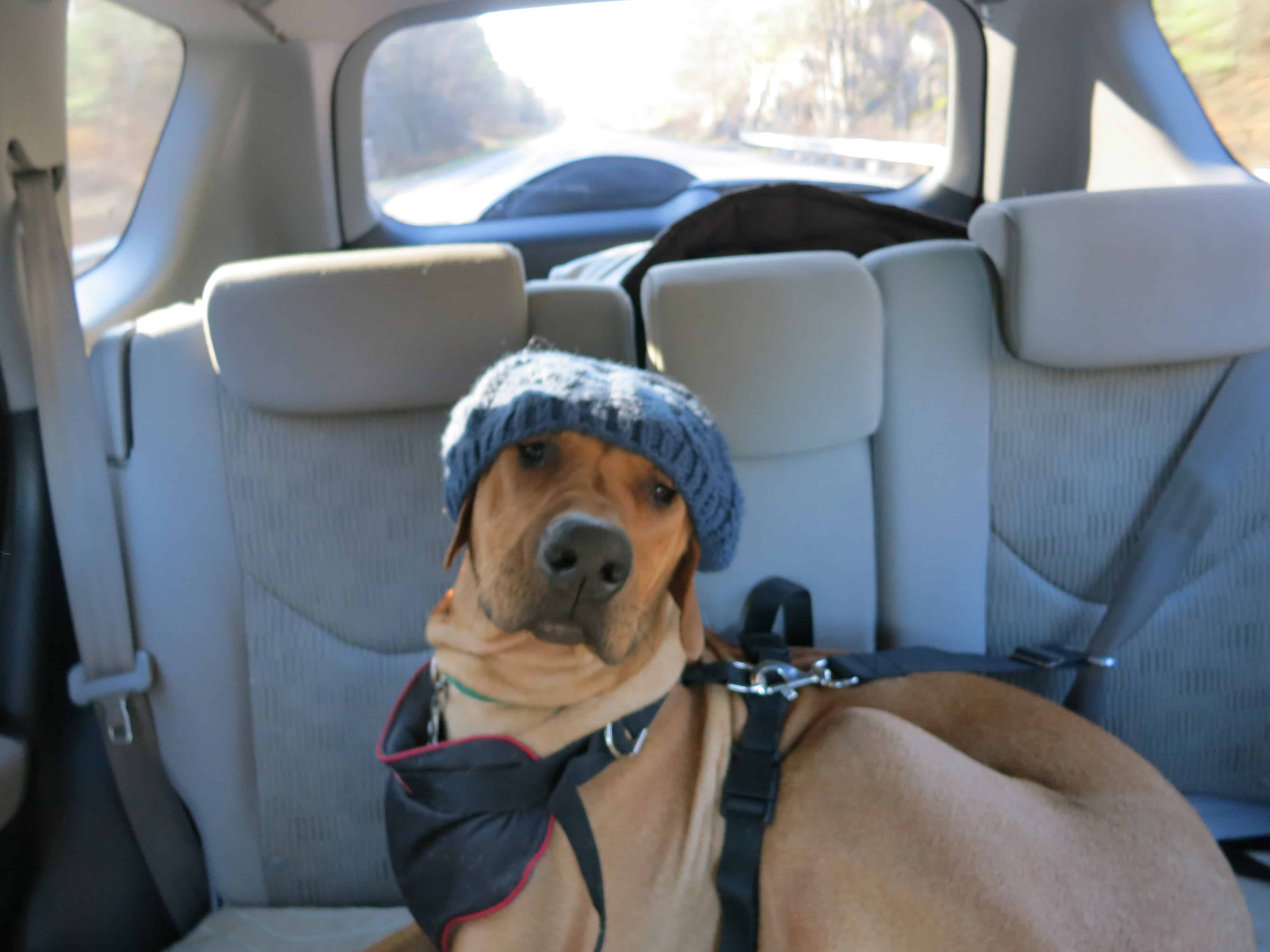 Getting across the border was a breeze, but I still sweated through every second of it.   For some reason I always worry that the border agents know every bad thing I have ever done and will grill me about it.  If the agent did somehow have that knowledge, I think he realized that there wasn’t enough time in the day to go through my transgressions so he just waved me through. The real trouble started once we got into Canada.  Mr. Eko’s French is pretty rusty and my comprehension of the metric system is non-existent so navigating the highway signs was an adventure in itself. 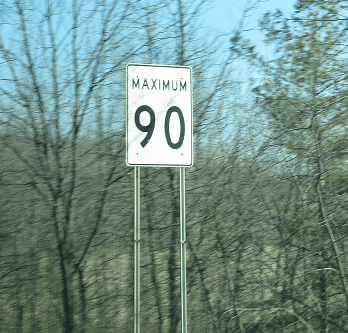 So if we can drive 90 kph and 1 mile = 0.6 kilometers…then according to my calculations the speed limit in Canada is Maple Syrup. Hmm, that’s not even a number – my calculations might be off.

I also started out driving on the left side of the road, because I assumed that’s what they did in Canada, but a few honks from an oncoming semi convinced me otherwise.  We needed to stop for gas and a bathroom break, so we pulled over at a local petrol station in hope that petrol = gas.  When Eko hopped out of the car a woman said a whole lotta stuff to me in French as she walked past.  There wasn’t really enough time for me to say, “Sorry, I don’t speak French and I really hope you aren’t insulting my mother,” so instead I just smiled and said, “Oui, oui!”  A very similar occurrence played out multiple times that day.  Luckily I managed to get out of Montreal without starting a fight. And as for the gas? 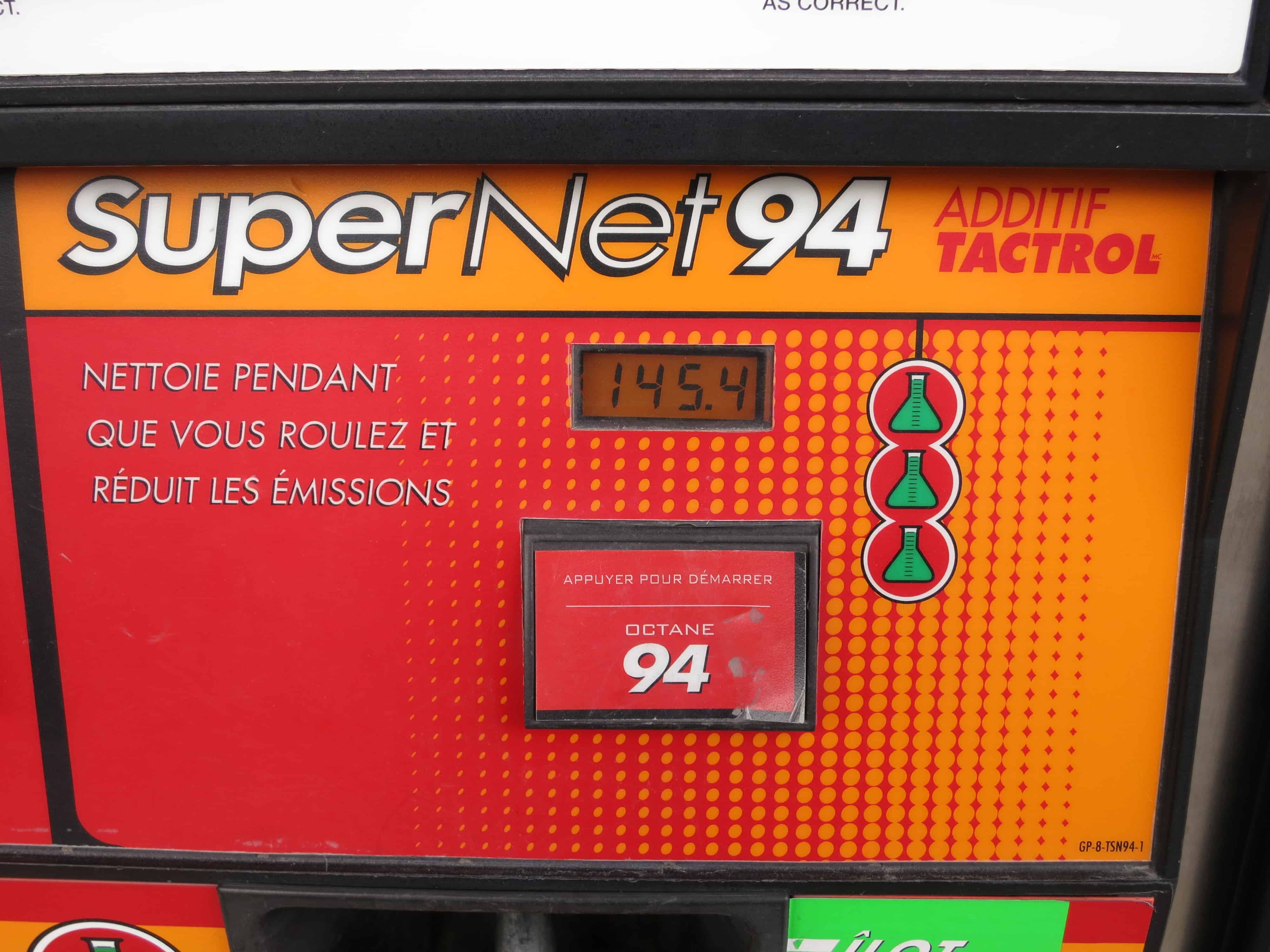 When in doubt and you don’t speak the language, purchase the gas with the most science beakers on it.

So with SuperNet in our tank and adventure in our hearts, Eko and I set out again for Montreal – this time driving on the right side of the road.  Just getting to Montreal was an adventure, but the city itself was absolutely amazing.  Be sure to check back for Part 2 of our International Adventure to see what found.  (A resident of Jurassic Park may be involved.)
Previous Post Happy Thanksgiving! Back to all posts Next Post Marking Our Territory Goes International: Part 2 –Montreal