For a few miles the signs were all in French AND Chinese; my head almost exploded After navigating the border, I hoped that the most treacherous part of our international foray was behind us.  As usual, I was wrong.  As we turned off the exit, 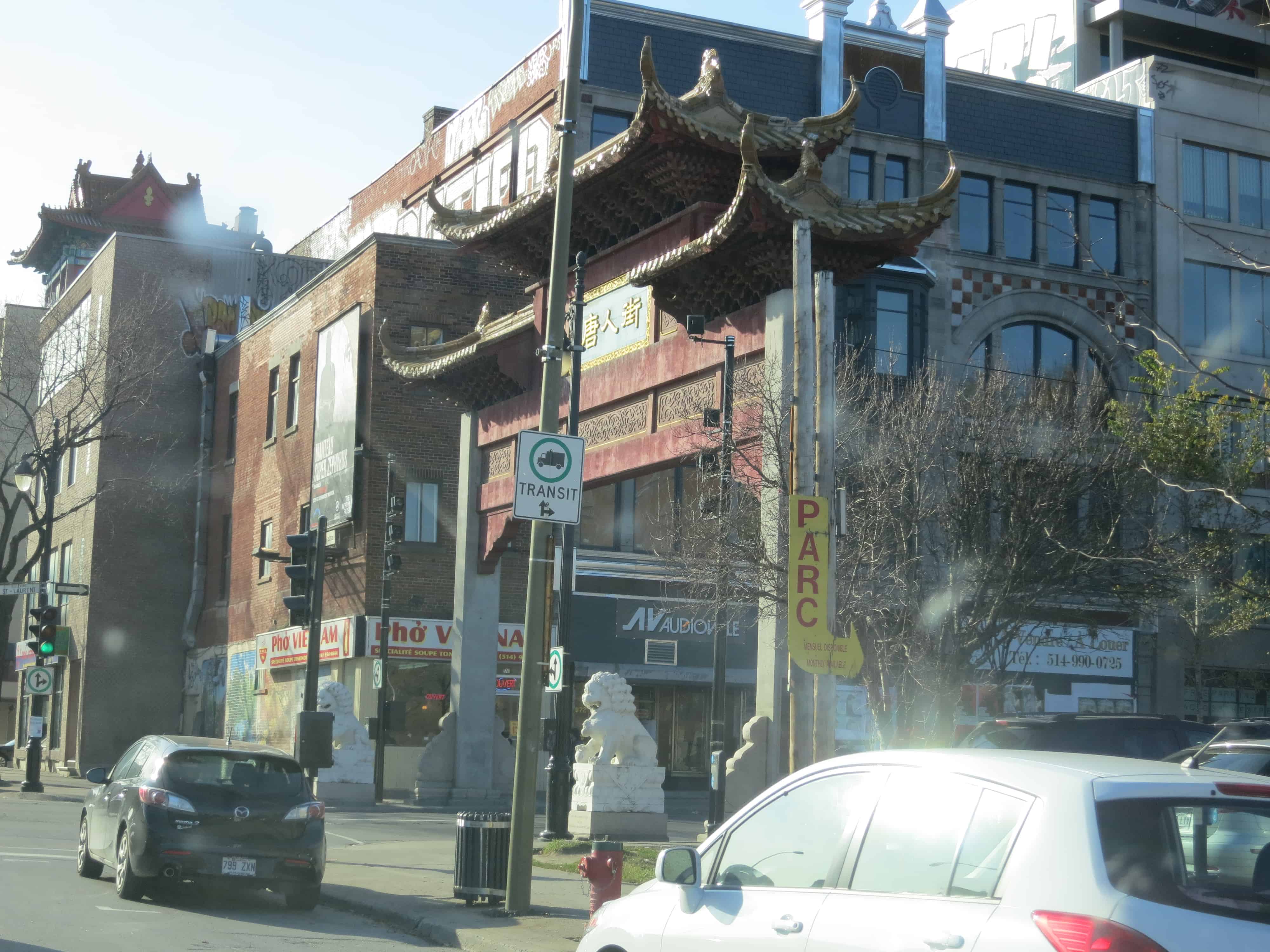 For a few miles the signs were all in French AND Chinese; my head almost exploded

After navigating the border, I hoped that the most treacherous part of our international foray was behind us.  As usual, I was wrong.  As we turned off the exit, Eko and I drove straight into the heart of French-Canadian China town. For a few blocks, the street signs had so many languages that they would have been more at home in a United Nations building.  After I tentatively drove through an intersection with a blinking green light (yes, you read that correctly) I decided it would be best to park the car before I crashed it. Montreal obviously gets cold, so I bundled up in a coat, scarf and gloves.  As Mr. Eko, jumped out of the car wearing nothing but his birthday suit, I realized that my African dog would not last long in this weather without a wardrobe upgrade.  I also realized that since we were in French-Canada I would have to start calling my dog Monsieur Eko.  Luckily, Monsieur Eko and I only had to walk a few blocks before we found a pet store, Too Zoo.  Actually, in Montreal pet stores are called Animaleries and like many other French words, its a lot of fun to say.  Thanks to the helpful staff at the store, Eko was able to have a full on fashion show to find the perfect coat.

Eko does a pretty good super model pose, but this jacket was too tight 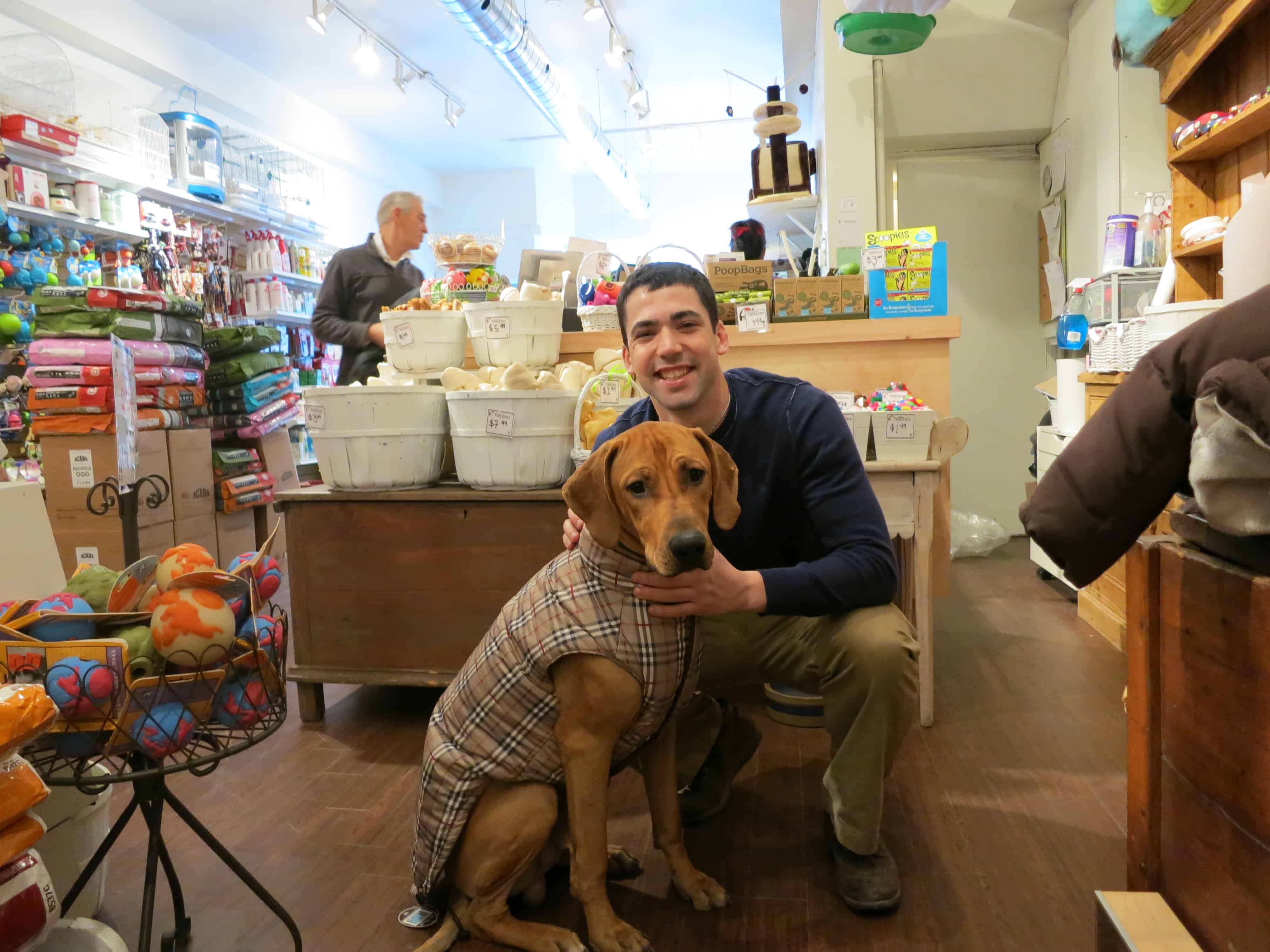 This jacket was quite refined, but definitely not warm enough 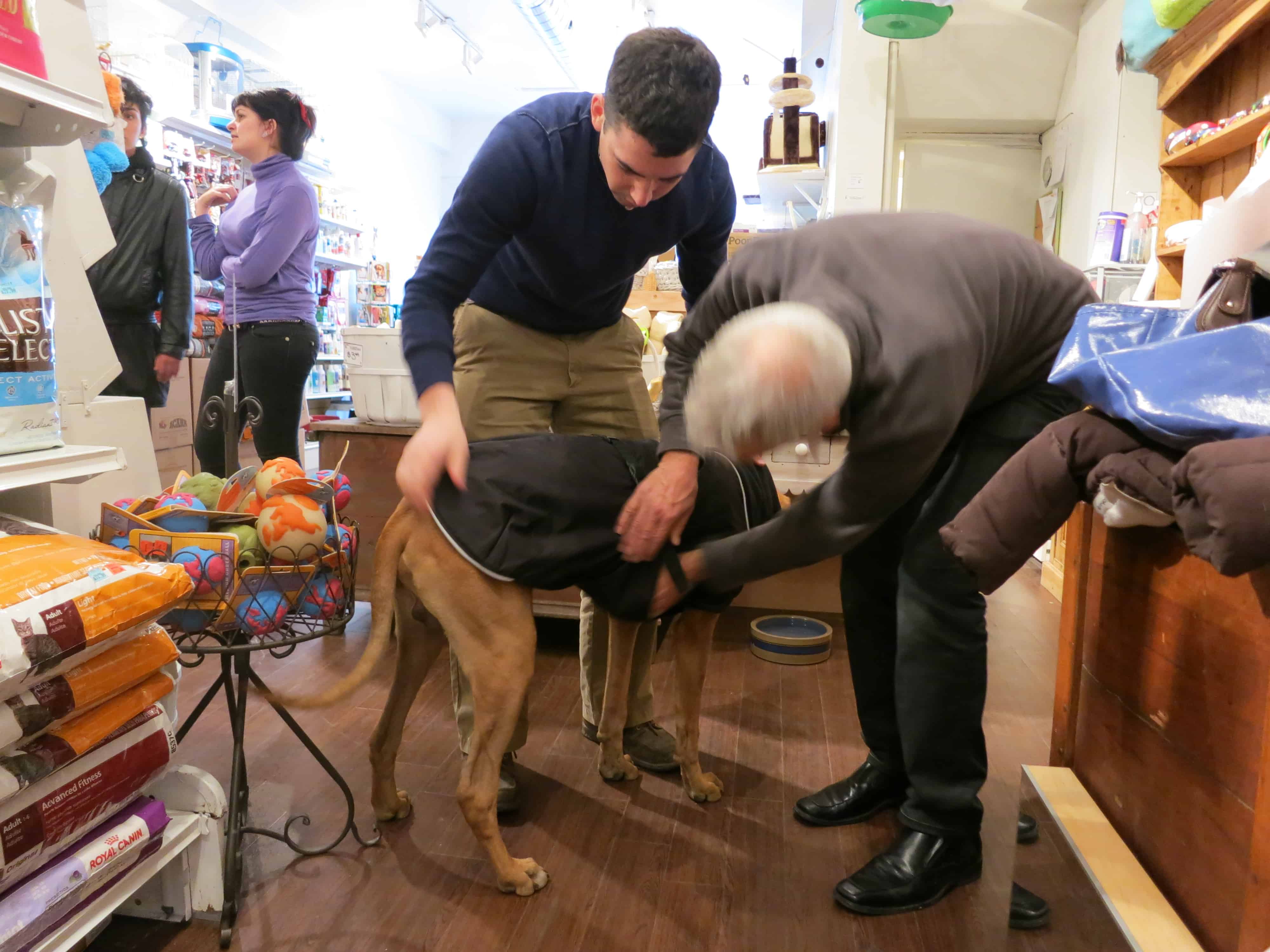 Warm, waterproof and breathable  this jacket was our winner

With Eko ready to brave the elements, we headed off in search of Canadas legendary cuisine poutine.  We found a place downtown that had an enclosed back patio with heat lamps where I could enjoy the deliciousness of fries and gravy.  The place was called Montreal Poutine, so I didnt even have to look at the menu. 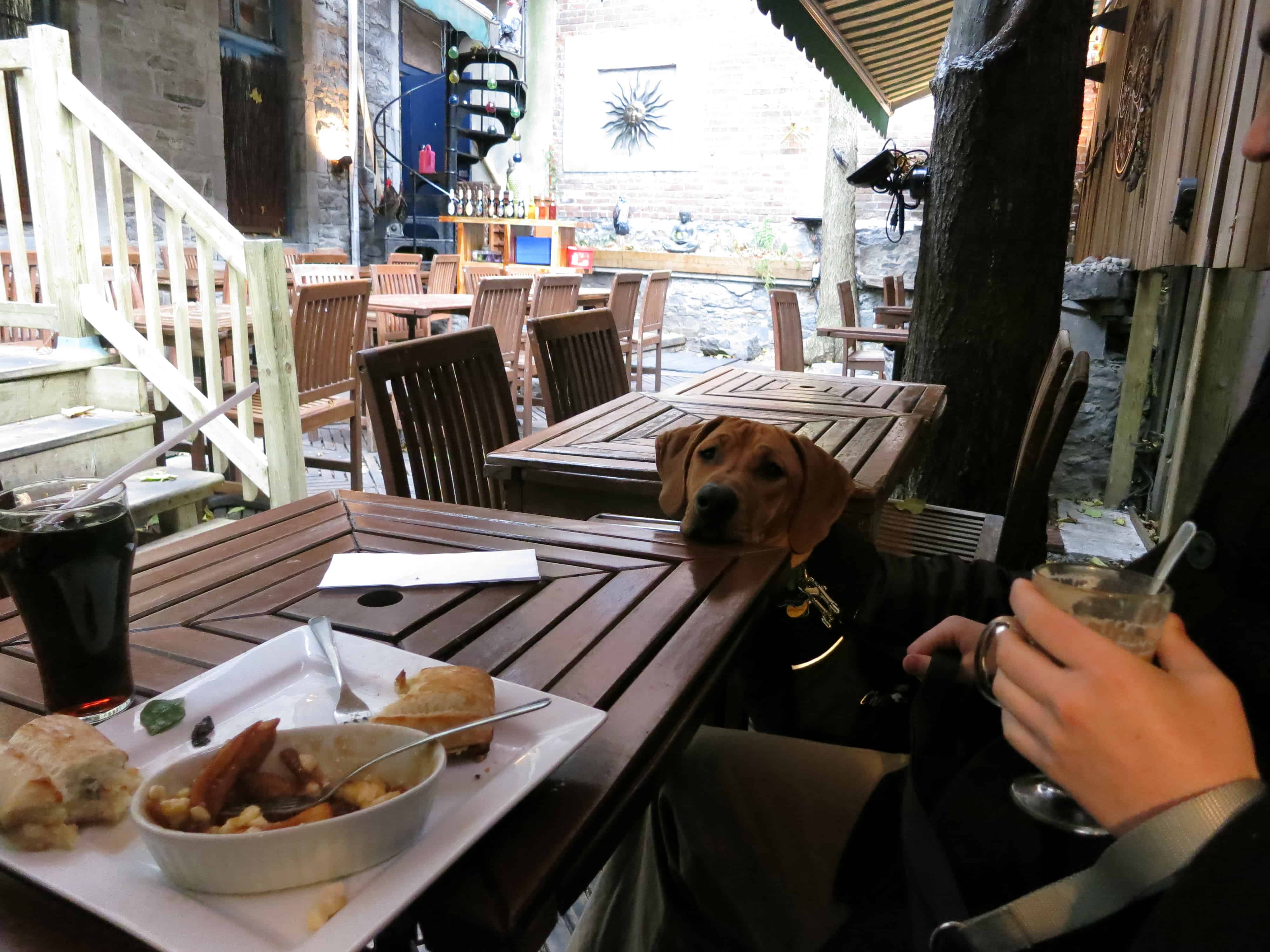 Eko laments the non-existence of poutine for dogs.

The afternoon light was fading fast by the time I paid the bill, so I knew we had time for one more activity After a horse and carriage ride, there was really nothing that we could do to top it, so Eko and I walked off into the sunset. 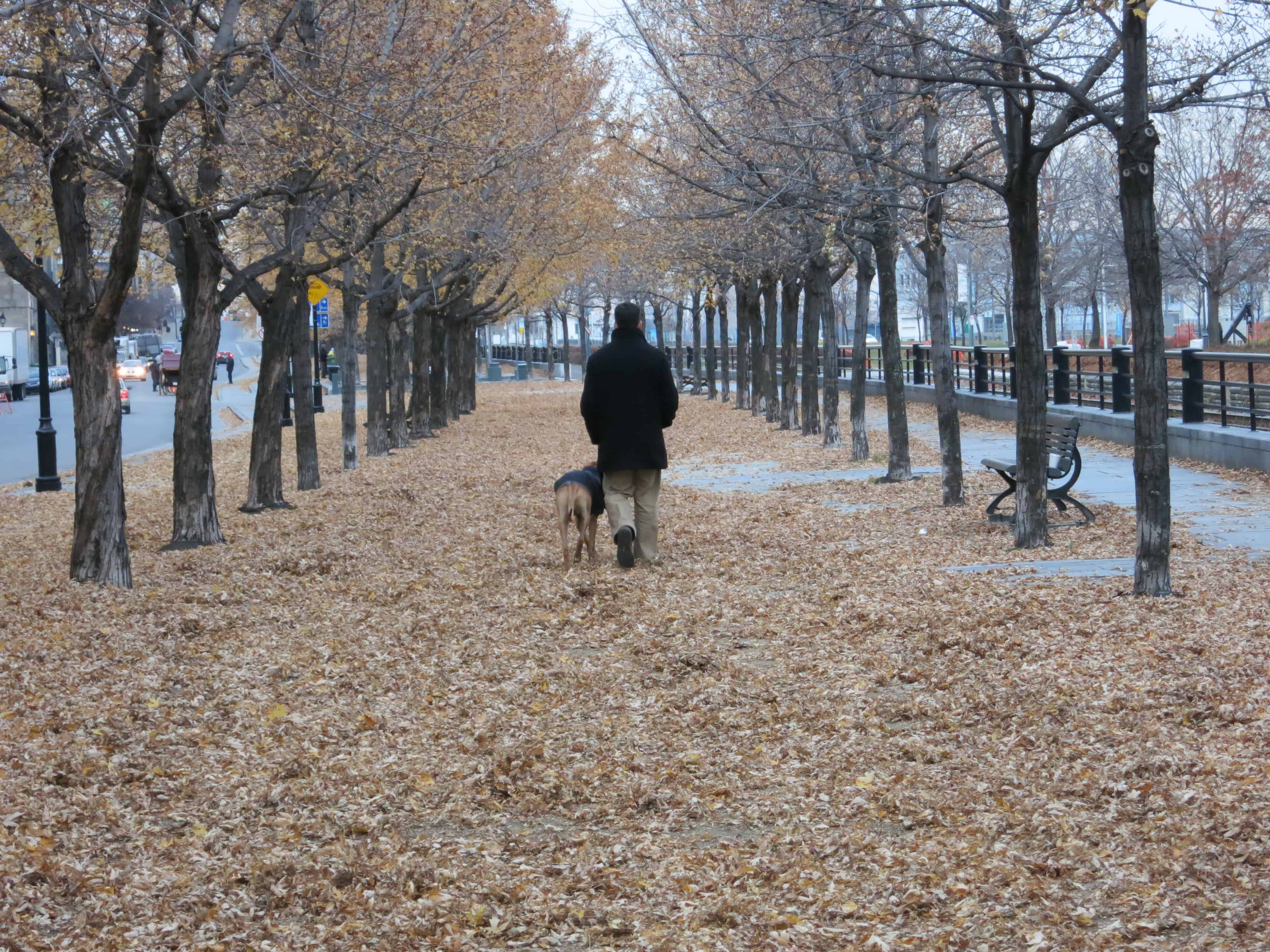 Previous Post Marking Our Territory Goes International: Part 1 –Crossing The Border Back to all posts Next Post Snow Day