This morning Eko and I headed out for a run.  Usually we jog the same way and turn around at the same spot.  But today, for no particular reason, I decided to turn left when we normally turn right.  That turn made all the difference.  Instead of our usual 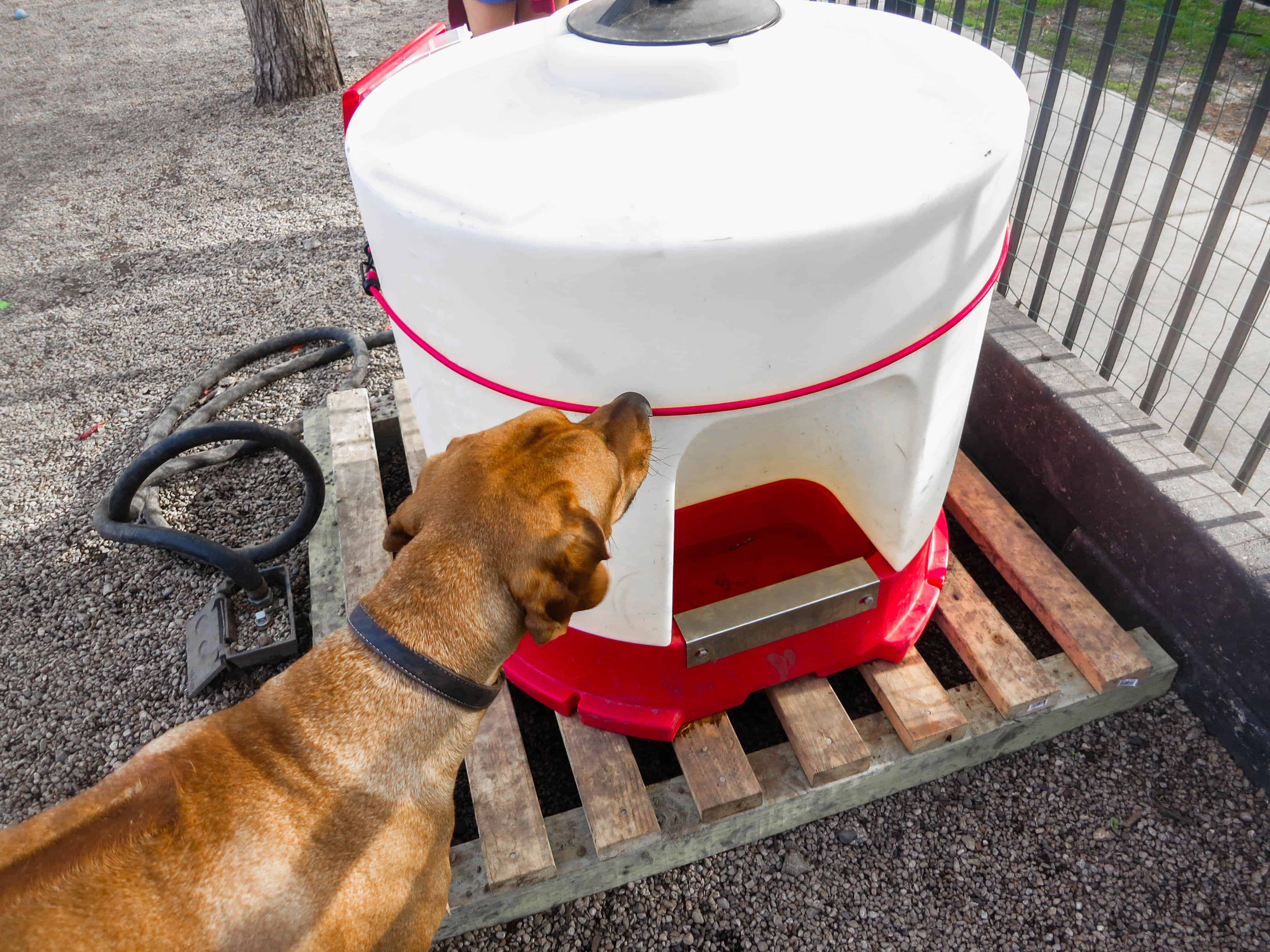 This morning Eko and I headed out for a run.  Usually we jog the same way and turn around at the same spot.  But today, for no particular reason, I decided to turn left when we normally turn right.  That turn made all the difference.  Instead of our usual routine, Eko and I discovered a new part of the city we have never visited.  In fact we found a dog park that I never knew existed. Some of the locals were kind enough to show us that the “spaceship” was actually a big water jug.  Who knew? Finding the new dog park was so much fun that I decided to keep the adventure going.  Instead of turning home, I went the opposite direction and we found ourselves on a part of the Lake Michigan where we have never been before. We also saw…this thing!  It looked like a big Kong toy so we decided to investigate Eko seriously thought it was a dog toy because he tried to climb it!  You can see by my face that I did not expect Eko to make the leap

By the time we got home it seemed like Eko and I had been on an epic adventure.  As it turns out, we went almost the exact same distance as our regular run.  It was just more exciting because it was all new to us.  And while it might have been the same distance, the novelty of the trip certainly wore Eko out. In honor of today’s adventure I would like to start “Walk A New Way Day.”  This laid-back holiday happens…well, whenever you feel like it really.  All you have to do is make a right turn when you would have made a left – or just walk the same distance you normally do, but walk in the opposite direction.  Just because our dogs need a walk every day doesn’t mean that it has to be the same walk.  Try a new route and I promise you’ll both enjoy it!

Previous Post My Dog Is A Better Painter Than I Am Back to all posts Next Post [VIDEO] Happy Mother’s Day!