Our Incredible Day At Pooches In The Ballpark

Most Saturdays Eko and I hop in the car and head to the dog park, but this past Saturday we drove just a bit further than usual so we could attend Pooches in the Ballpark at the St. Louis Cardinals game.  It was a long ride and we

Most Saturdays Eko and I hop in the car and head to the dog park, but this past Saturday we drove just a bit further than usual so we could attend Pooches in the Ballpark at the St. Louis Cardinals game.  It was a long ride and we had to dodge some flash floods, but the payoff was well worth it! 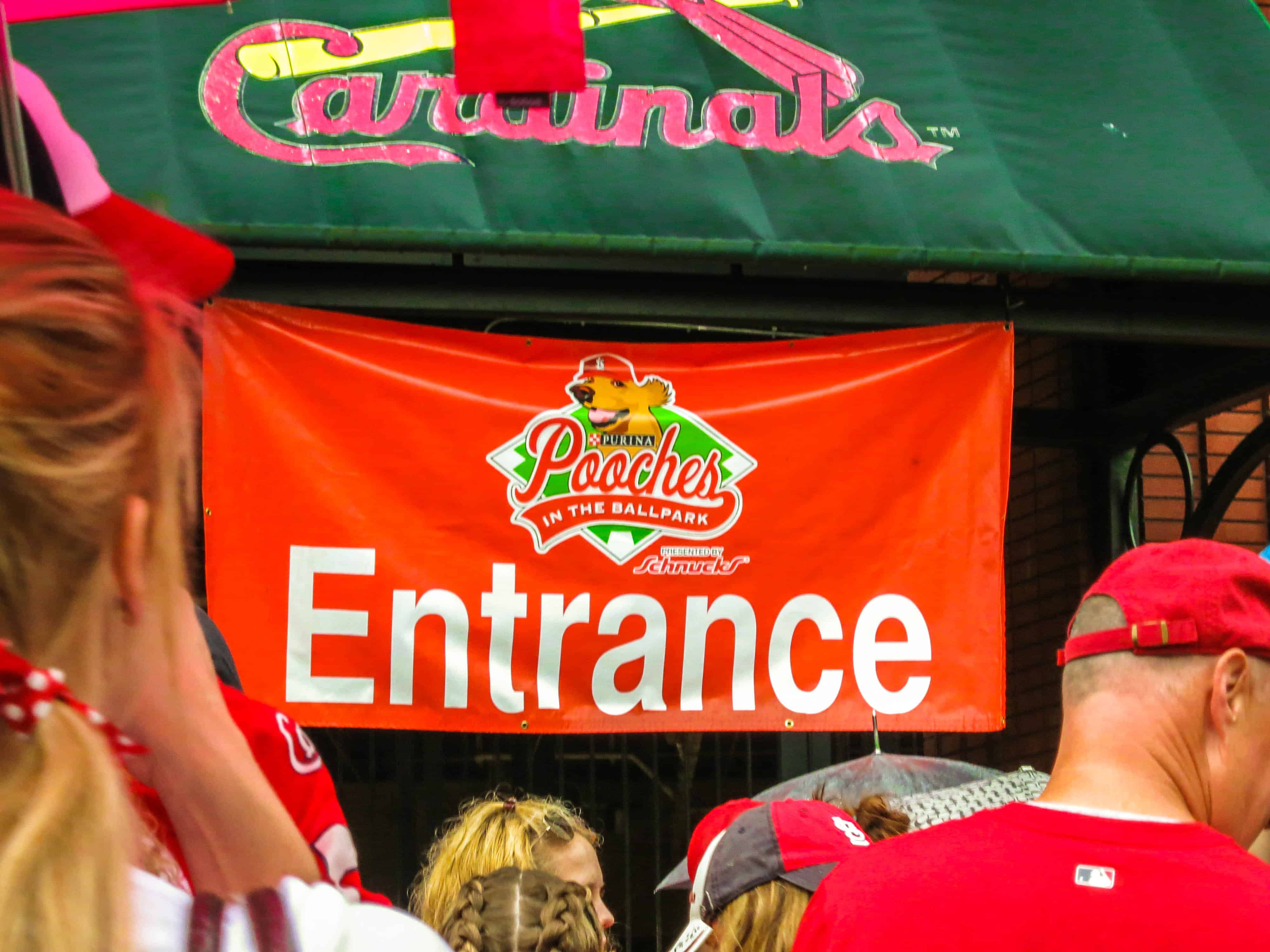 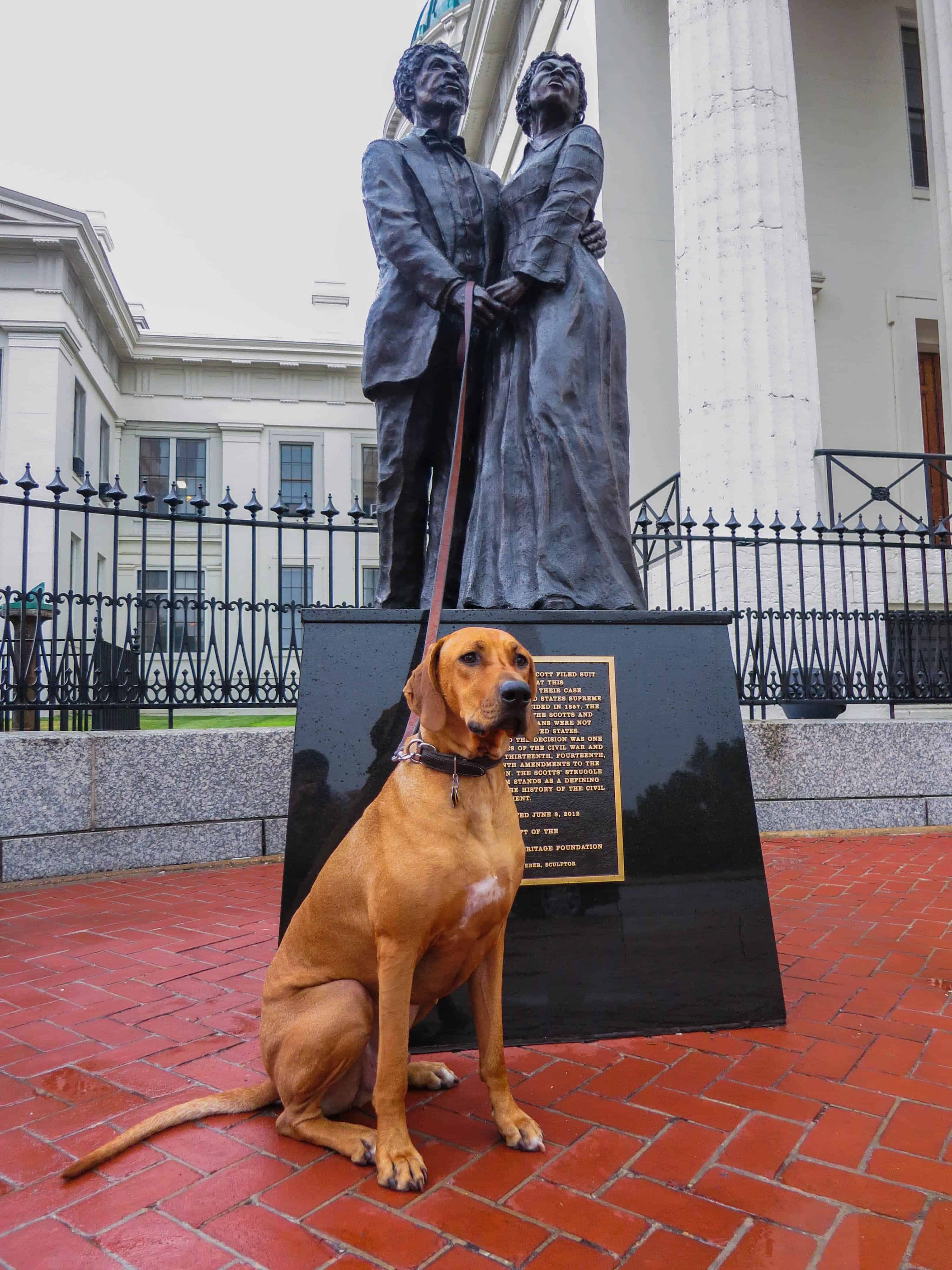 This nice couple wanted a photo with Eko

Major League games are always fun but Saturday had a special atmosphere thanks to all the dogs.  Dogs have that uncanny ability to spread smiles so it was incredible to witness four-hundred happy hounds make an entire stadium smile!

The day kicked off with a pregame parade around the stadium where the dogs got to strut their stuff. 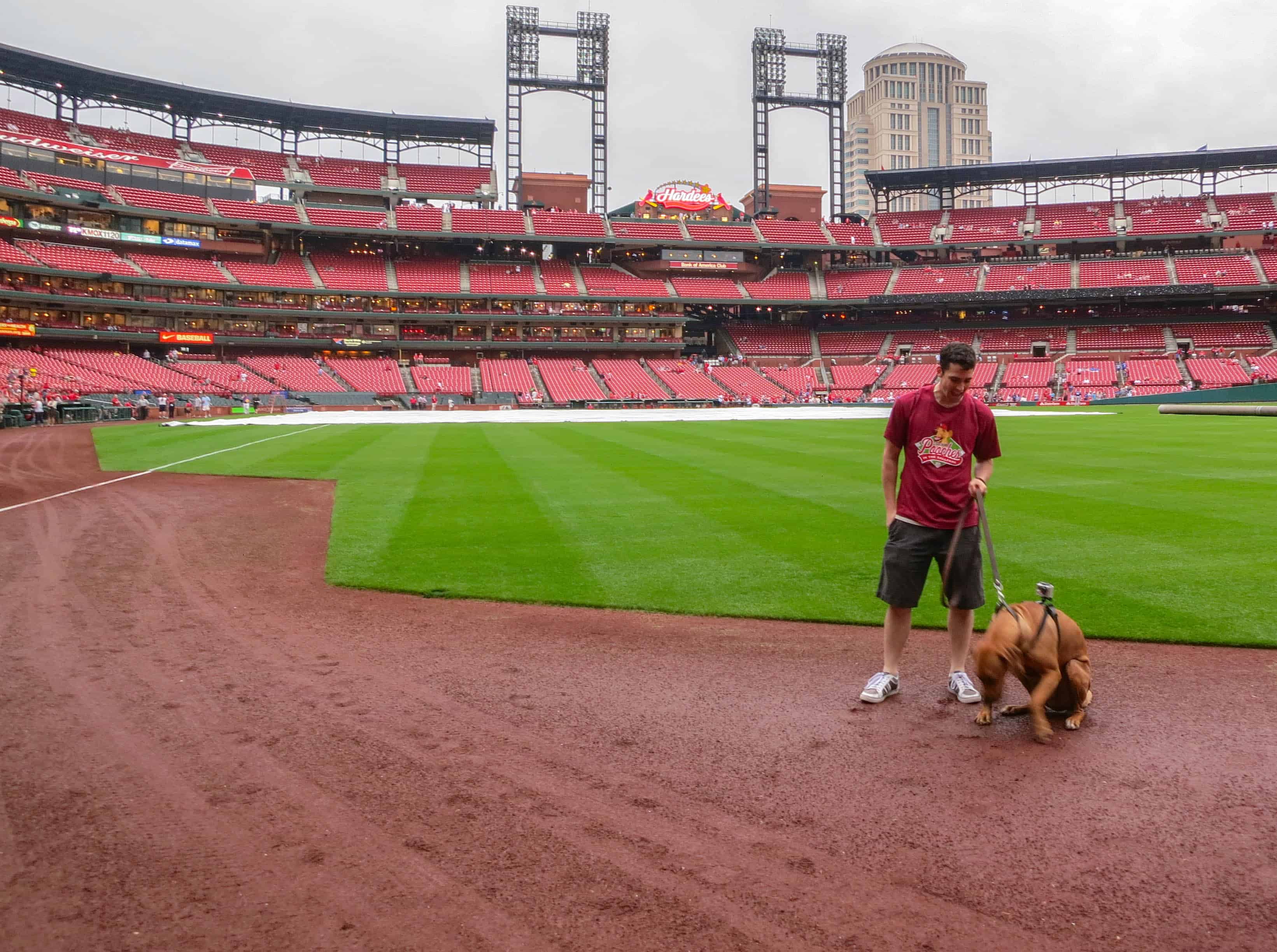 I wanted a photo, Eko wanted to dig! 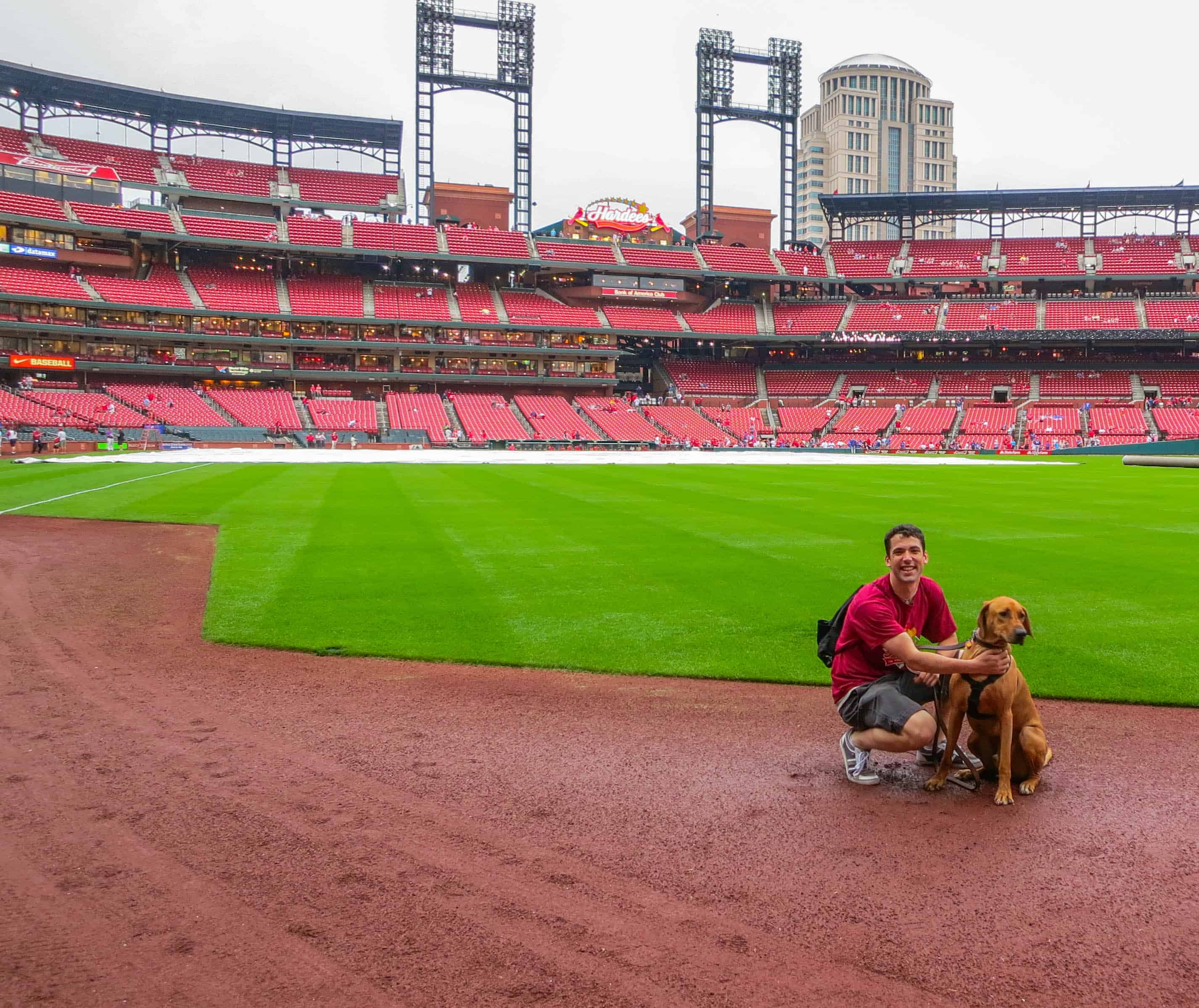 I wanted a photo, Eko wanted to get back to the parade! 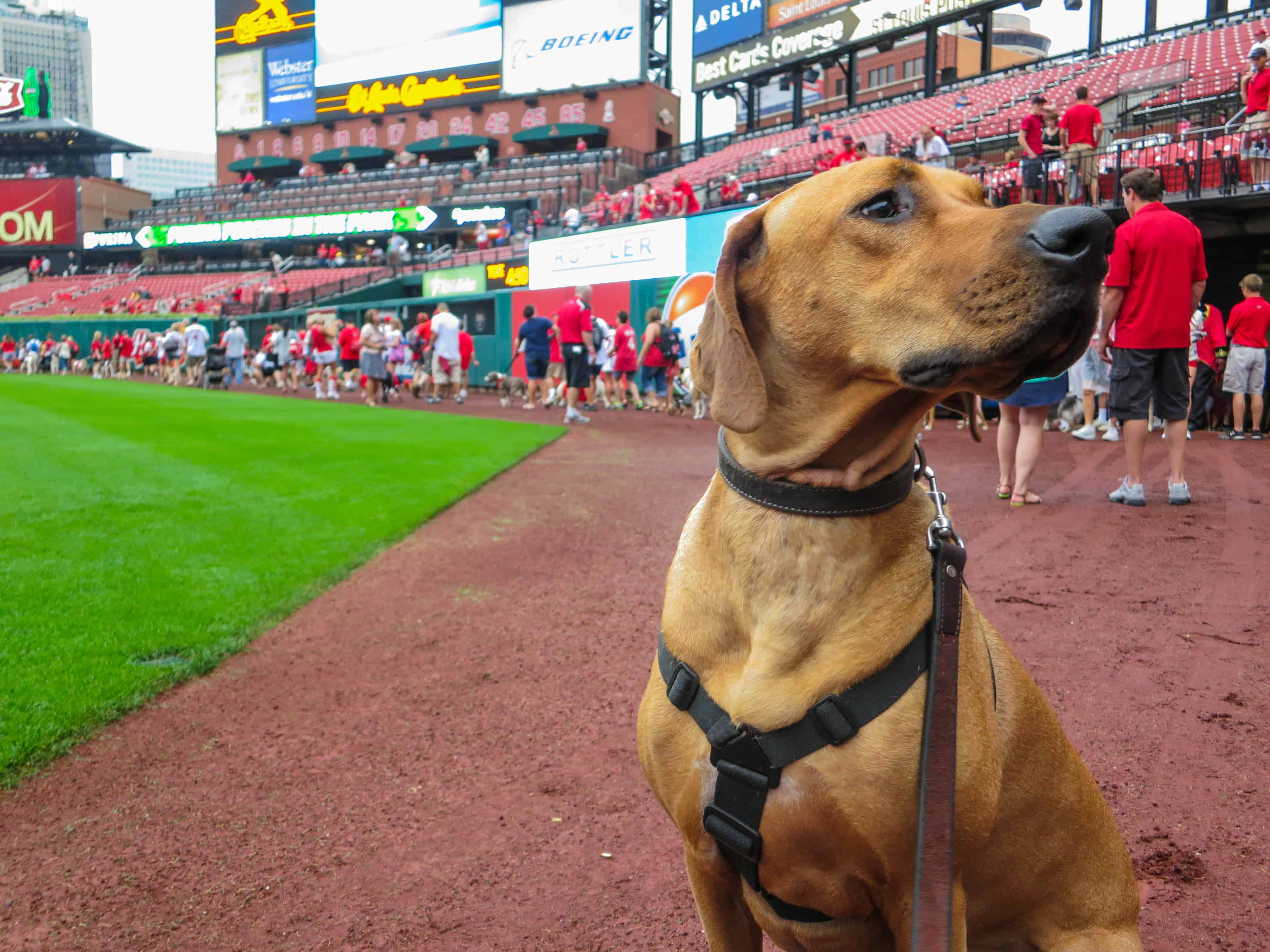 Eko taking it all in

After the parade the dogs (and the humans lucky enough to be with them) took over center field where we had a perfect view of the action.  We even got to watch the K9 unit throw out the “First Fetch.”  The crowd loved it. 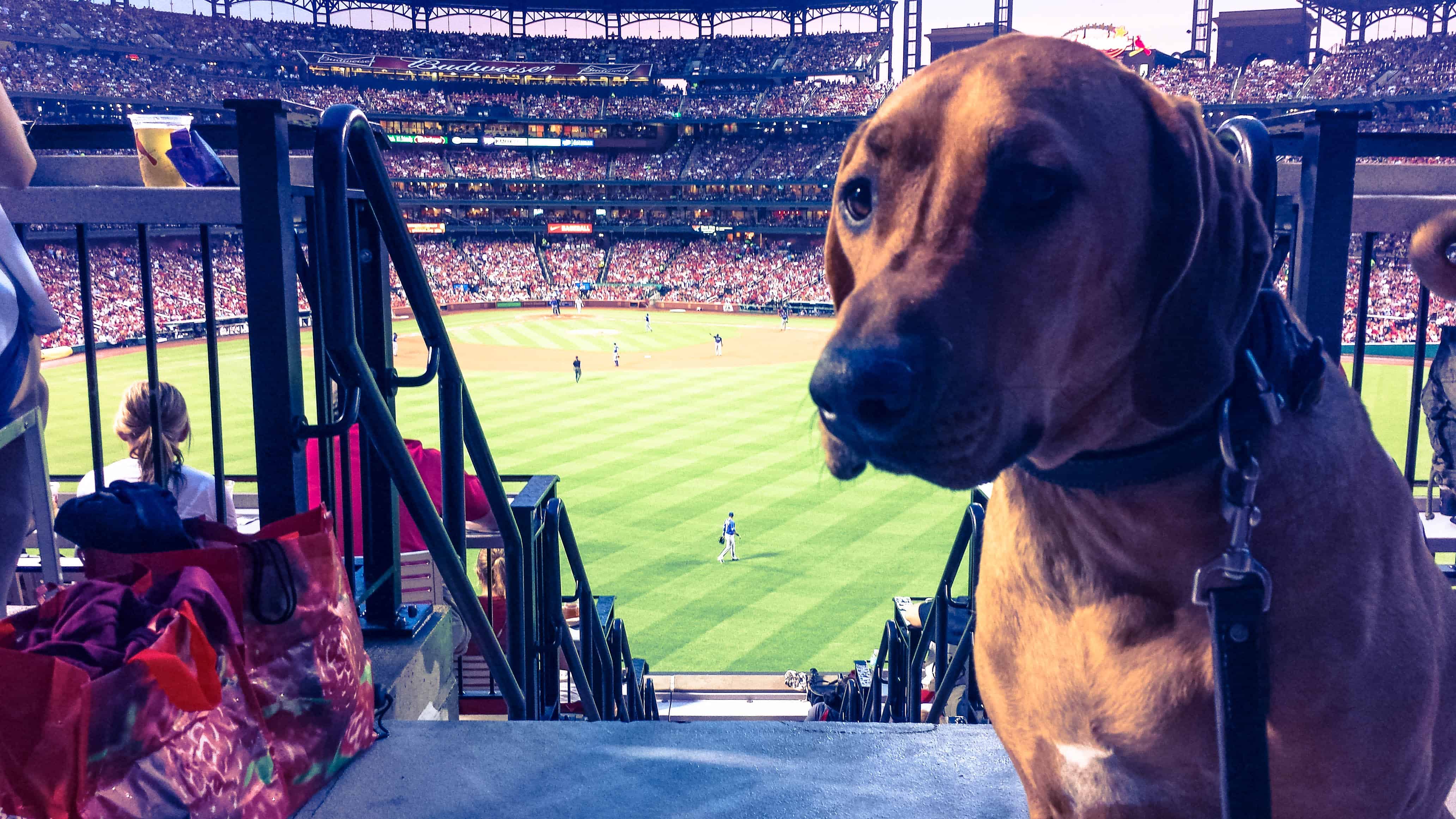 “What do you mean I can’t go after the ball?” 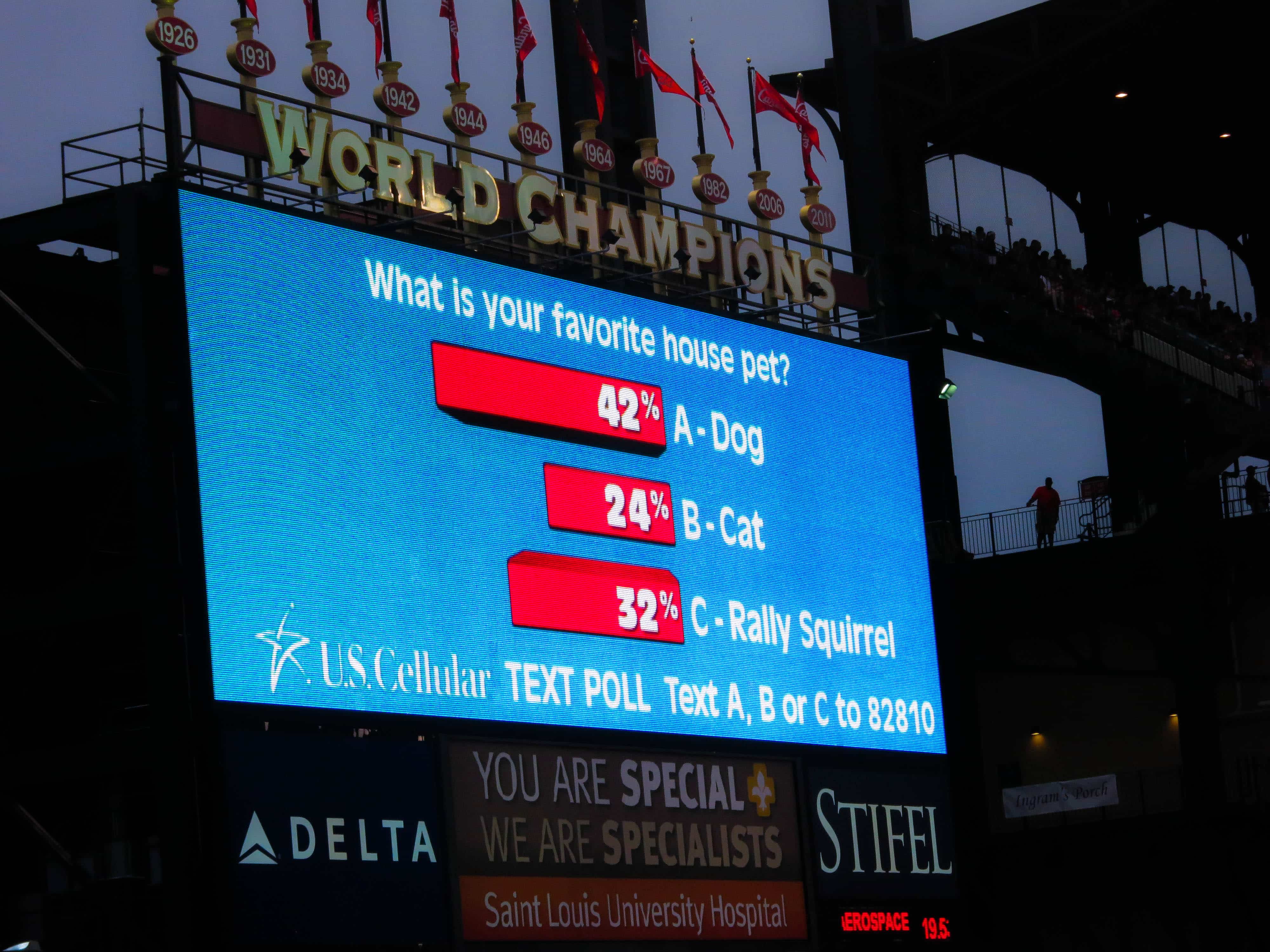 The entire night was dog-themed and the jumbotron had lots of fun stuff on screen.  Most notably, the kisscam gets a lot more “awww”‘s when dogs are involved 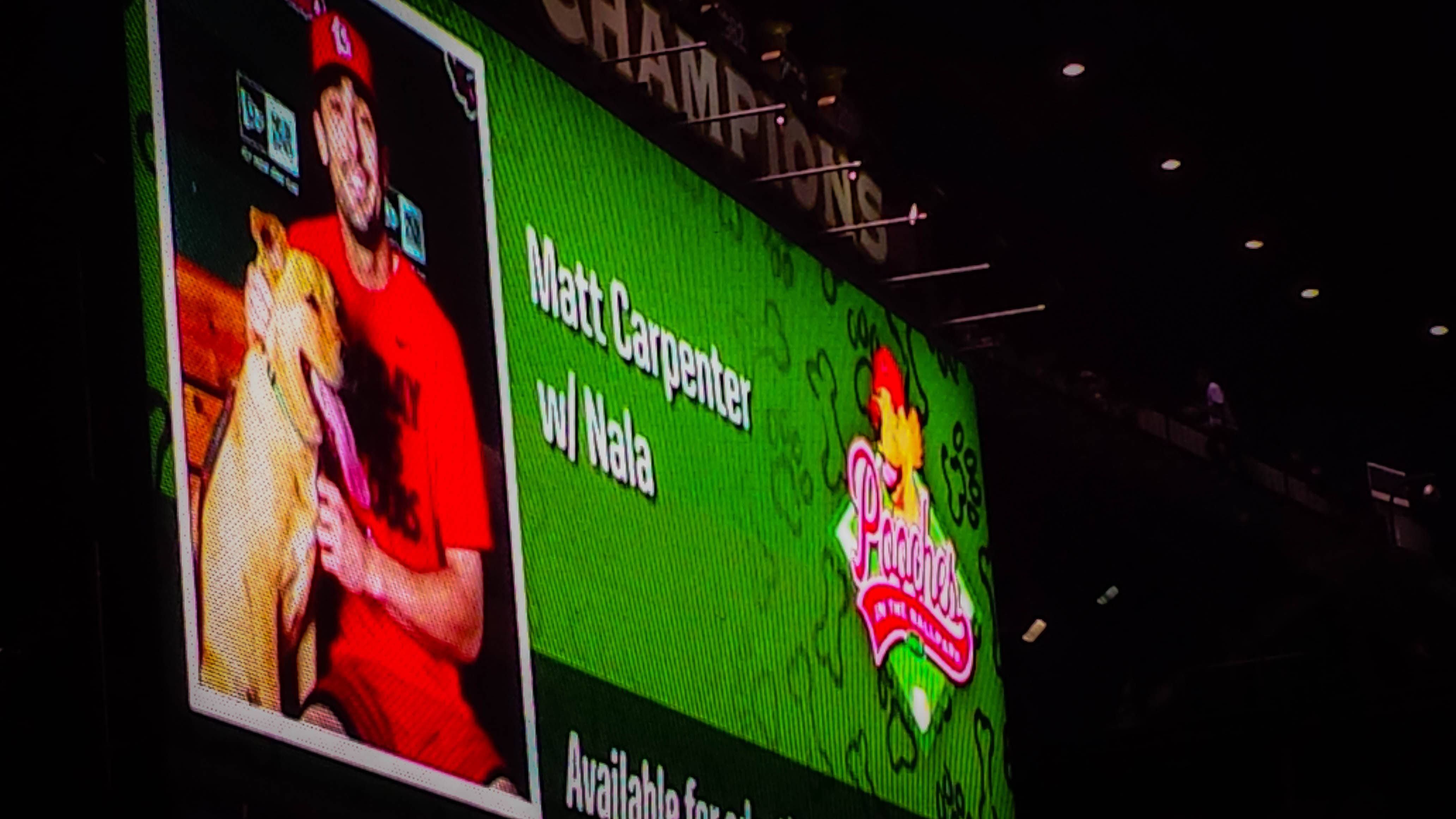 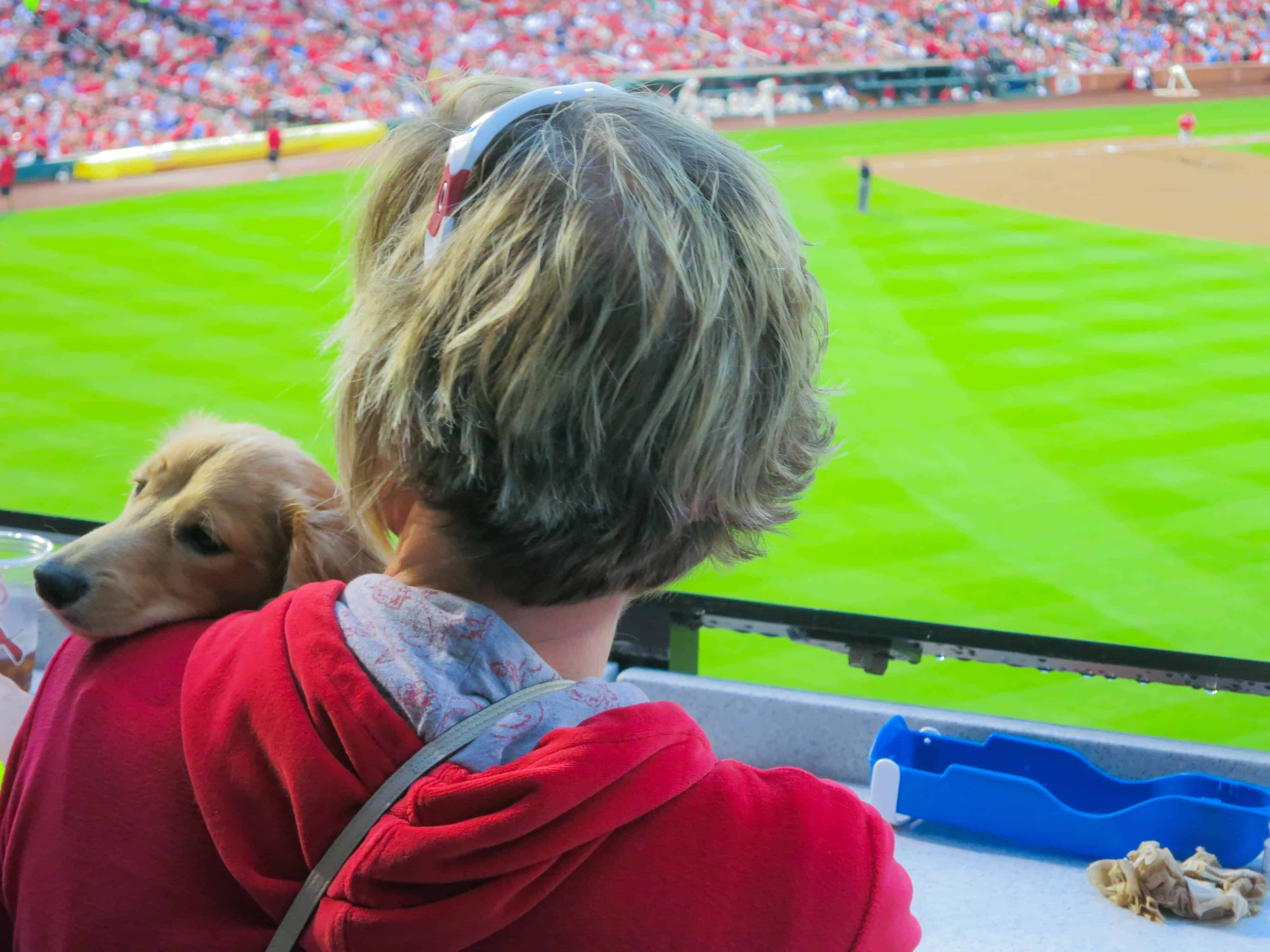 I also loved watching all the people enjoy the night with their best friends.  Speaking of which, I don’t have enough fingers and toes to count all the new friends I made on Saturday.  It’s another one of those dog powers – they make us more friendly. 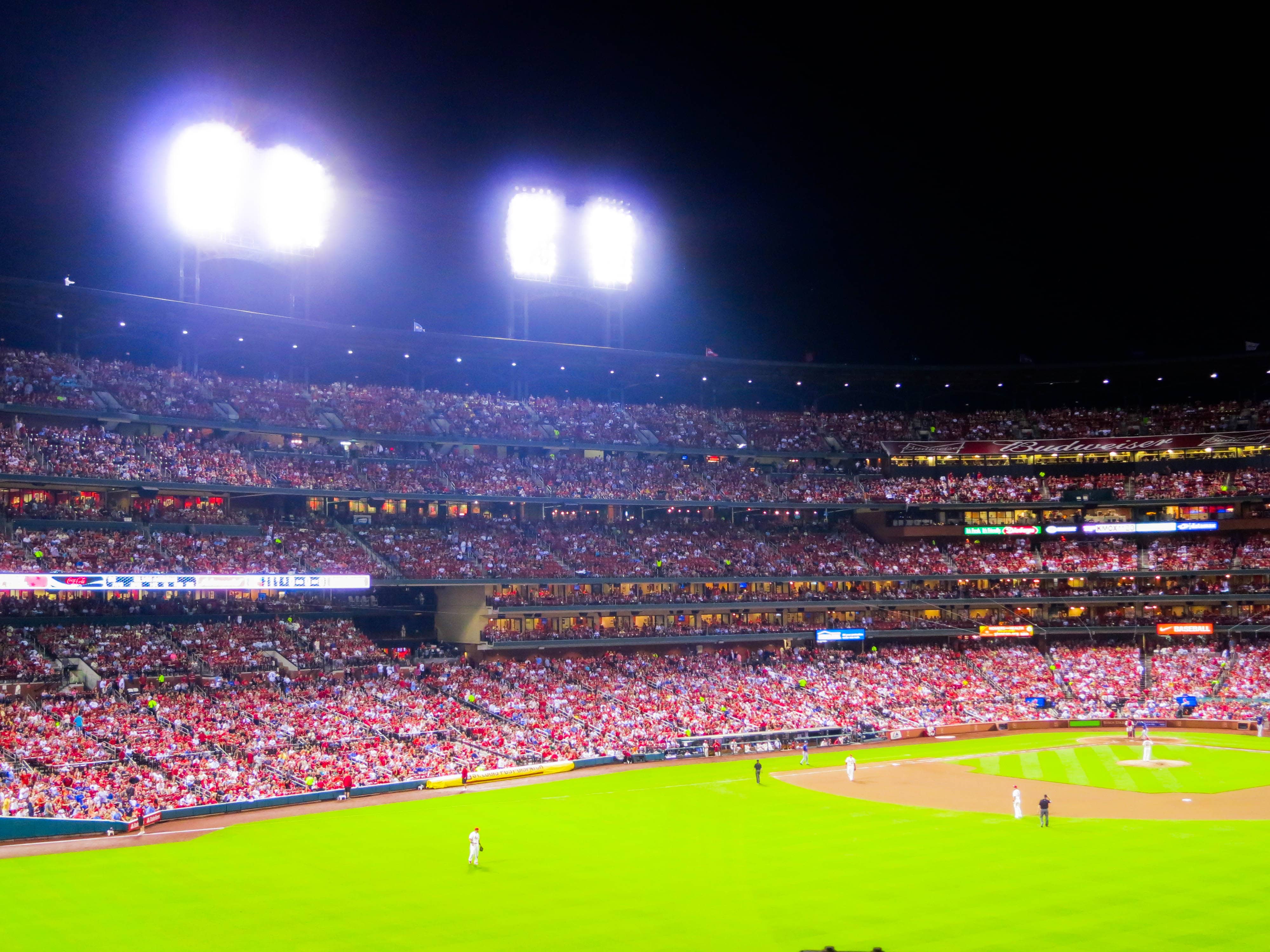 The simple things in life are the best and watching the game with Eko at my side is a memory I will always treasure.  Great dog, great game, great night! 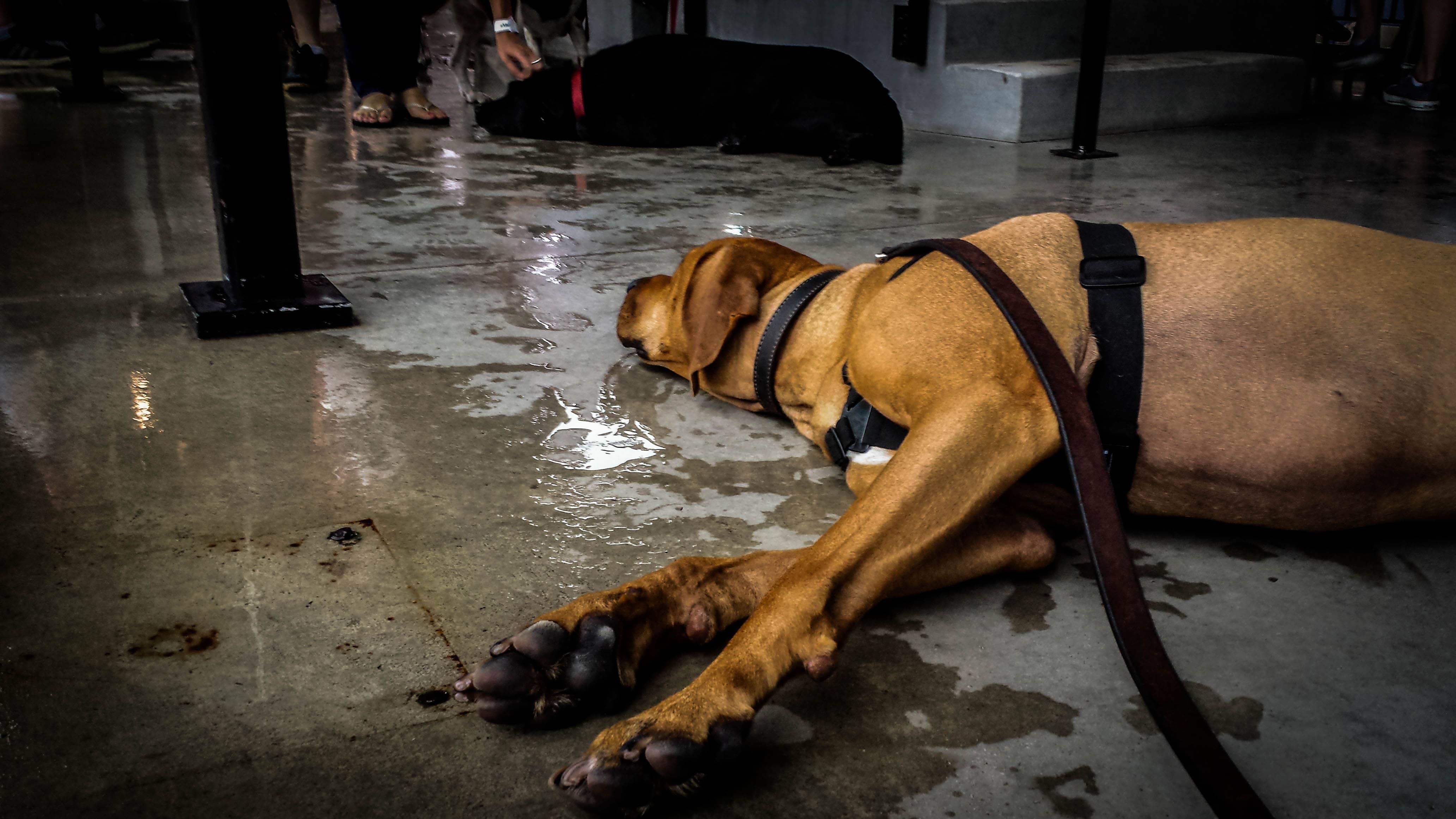 After a fun filled day, the pups were dog tired

Unfortunately the Cardinals did not win the game but they certainly won over some fans. We had such an incredible day and I hope other teams will be inspired to host their own pooches in the park events.

As you can see, Eko had the Ekocam going and I focused a lot more on taking video than photos in hopes that we could better capture the spirit of the event.  I have a lot of footage to sort through and hopefully Eko got some good stuff.  Check back later this week to see what we got – it’s sure to be a lot of fun.

Thanks to the Cardinals and Purina for putting together such a great event!

Previous Post [VIDEO] Learning To Fly: Our Flying Disc Progress So Far Back to all posts Next Post More Highlights From Pooches In The Ballpark

Comments for Our Incredible Day At Pooches In The Ballpark