Winter hides the sun away so the dogs need other sources of heat to keep them at their ideal body temperature (which appears to be about five thousand degrees). The most coveted heat is the roaring warmth of a winter fire Eko and Penny will both happily bake in

Winter hides the sun away so the dogs need other sources of heat to keep them at their ideal body temperature (which appears to be about five thousand degrees). 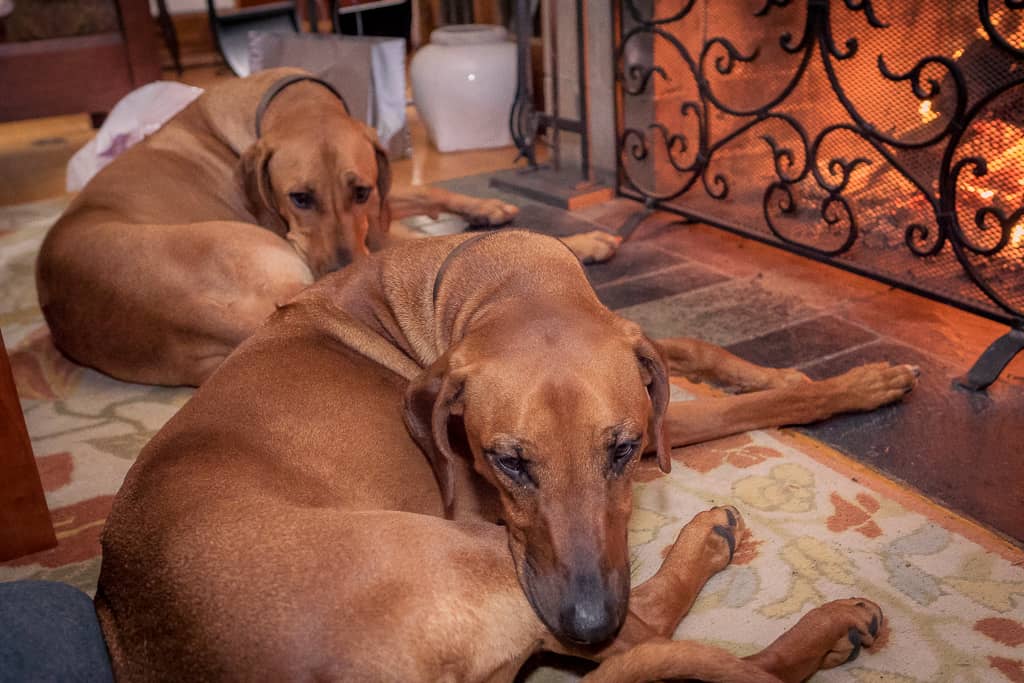 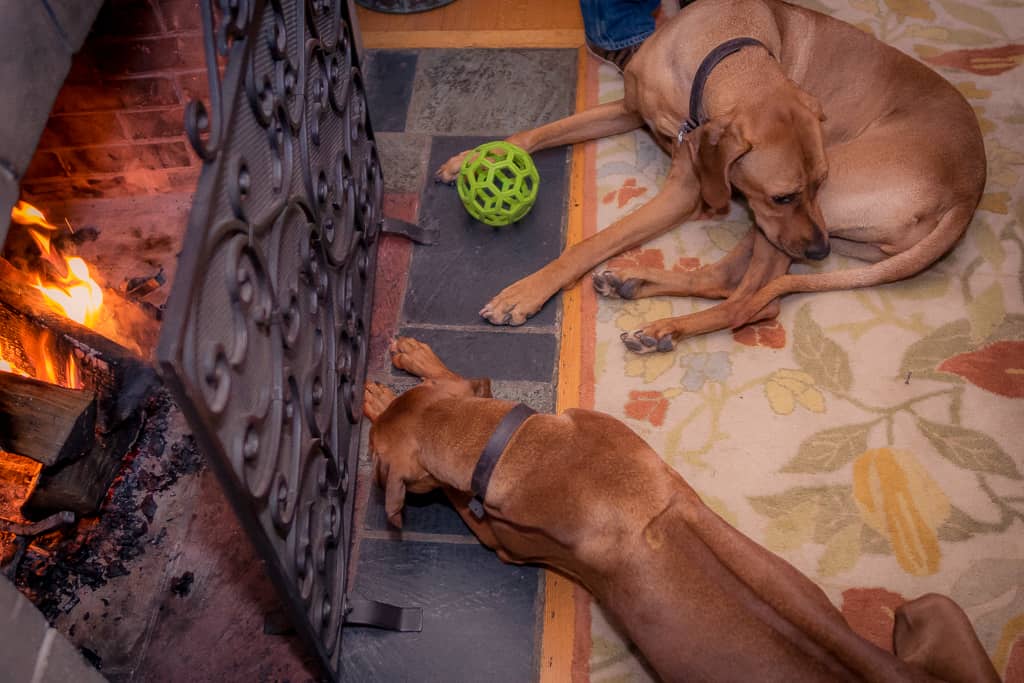 Eko and Penny will both happily bake in front of a flame, but we’ve discovered Penny is particularly obsessed with fire 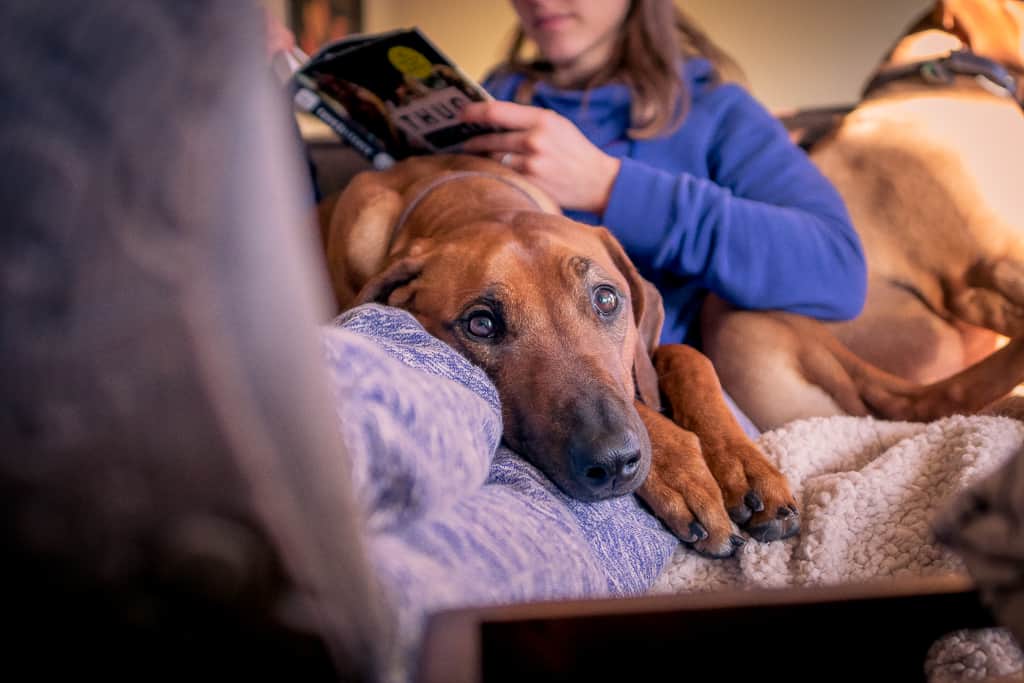 Normally, nothing could extricate Penny from a comfy spot on Emily’s lap… 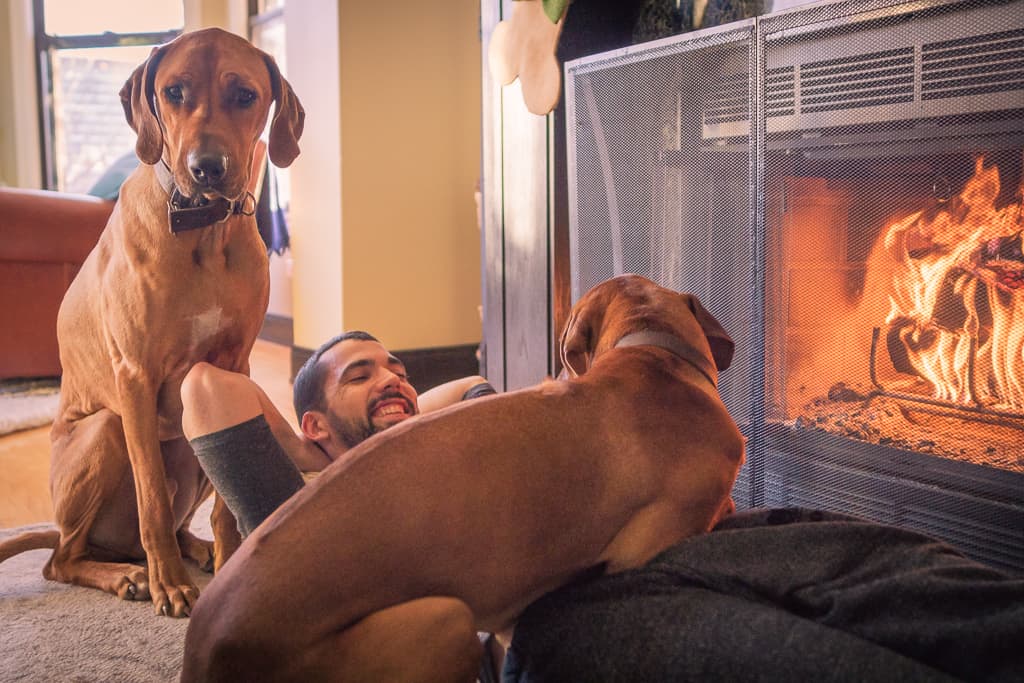 But nothing (and nobody!) gets between Penny and a front row seat at our fireplace 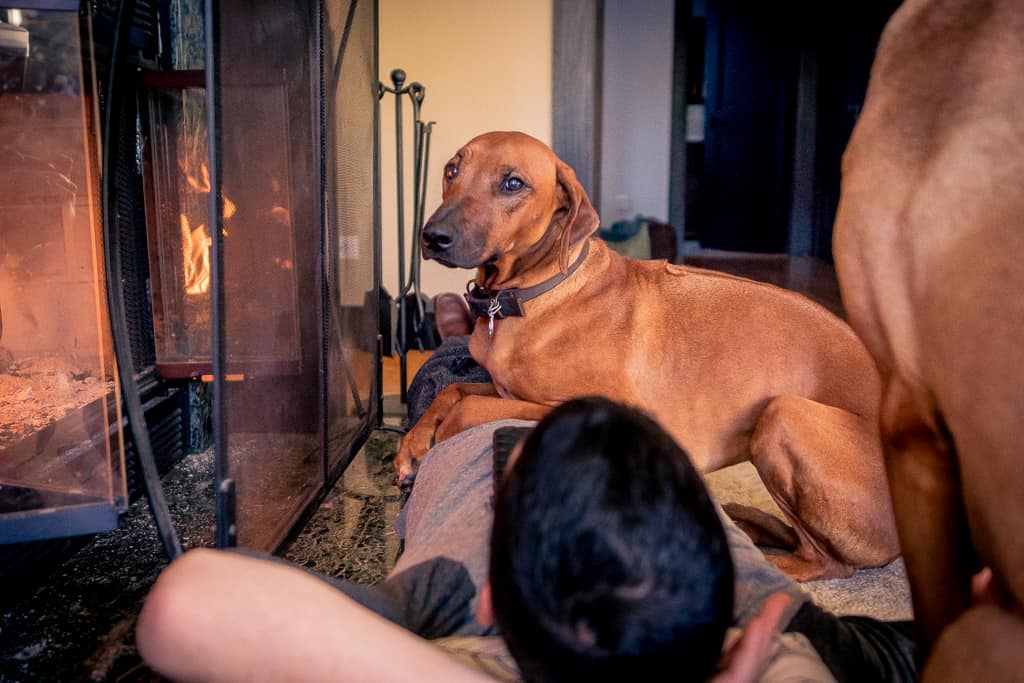 “Can you believe Will thought he could get away with stealing my spot?”

In the interest of breathing without a sixty pound weight on my chest, I acceded to Penny’s claim and retreated to the couch. Eko happily joined me. But Penny? 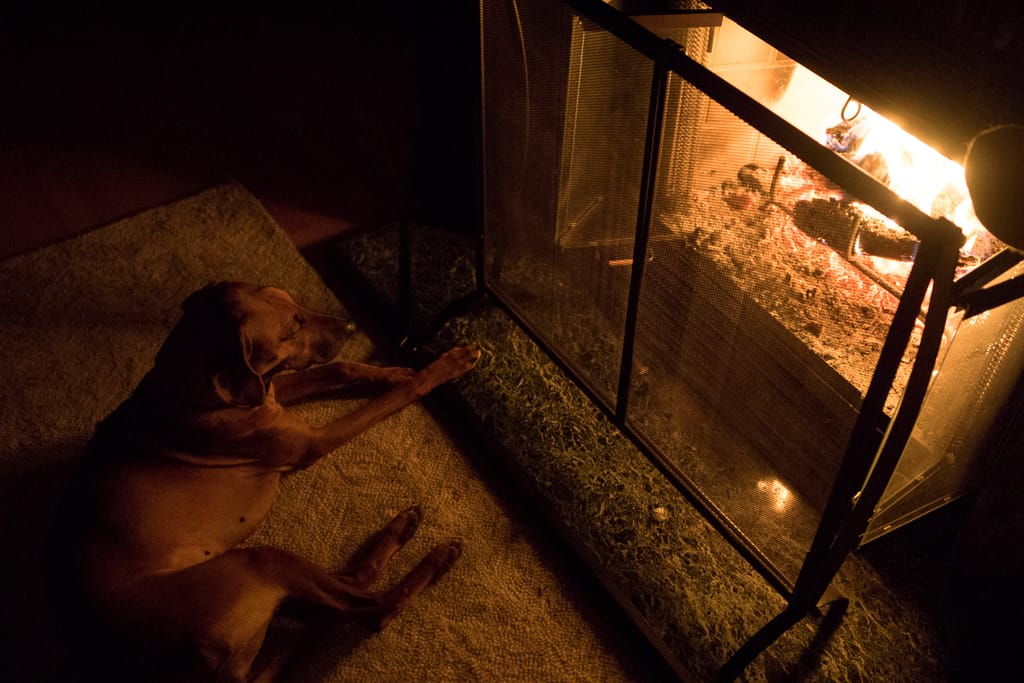 She cooked front and center right until the final ember died

Now, does Penny’s fire obsession have anything to do with her devilish ways? I certainly hope not…but there’s room for disagreement!

Comments for Penny The Fire Dog