I dropped Penny at the vet yesterday morning around 8:30 am for pre-op care for her spay. Around noon I got a call from the vet. “I’M ON MY WAY!” I said, bombing down my apartment steps. “…uh, the surgery hasn’t started, we’re just calling to double check Penny is

I dropped Penny at the vet yesterday morning around 8:30 am for pre-op care for her spay. Around noon I got a call from the vet. “I’M ON MY WAY!” I said, bombing down my apartment steps. “…uh, the surgery hasn’t started, we’re just calling to double check Penny is microchipped…” Ok, so maybe I was a tad anxious to go get my girl. It seemed like an eternity had passed when I finally got the call at 5pm that the surgery went well and Penny was doing just fine. At the vet’s office, a groggy Penny used up all her energy burying herself in my lap and wagging her tail at somewhere near the speed of sound. 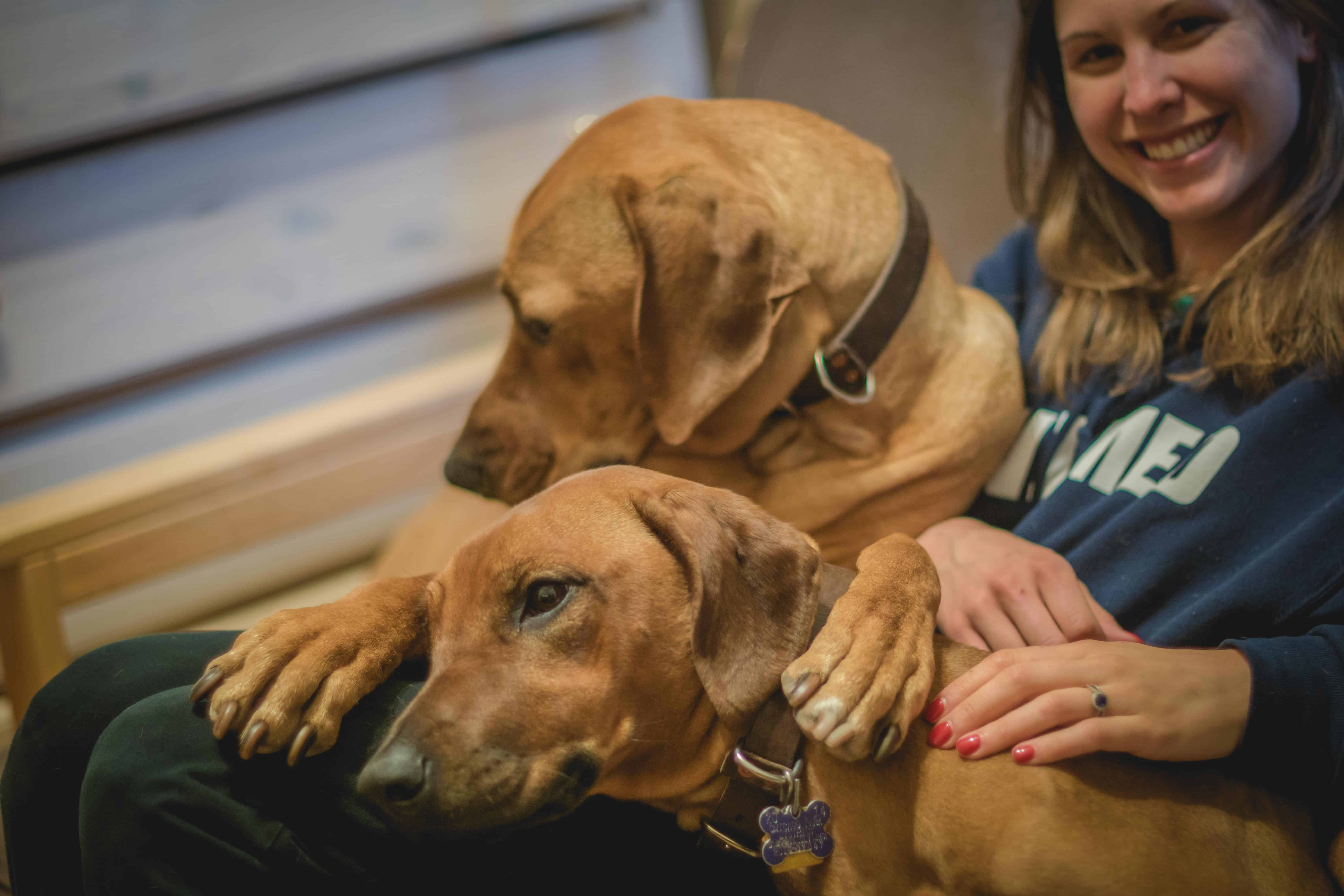 Back at home, we had a cuddle pile for our brave patient 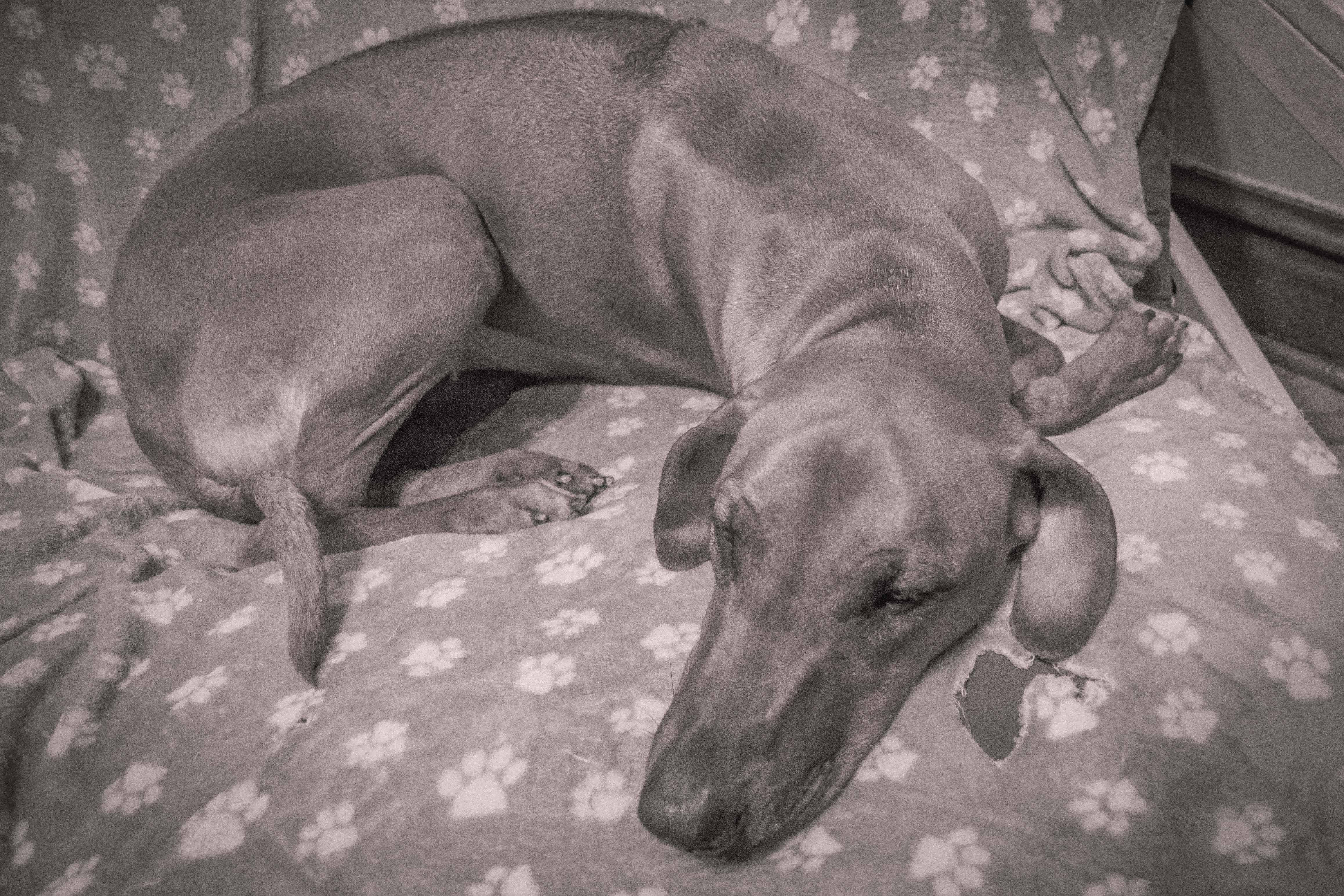 As expected, Penny conked out hard 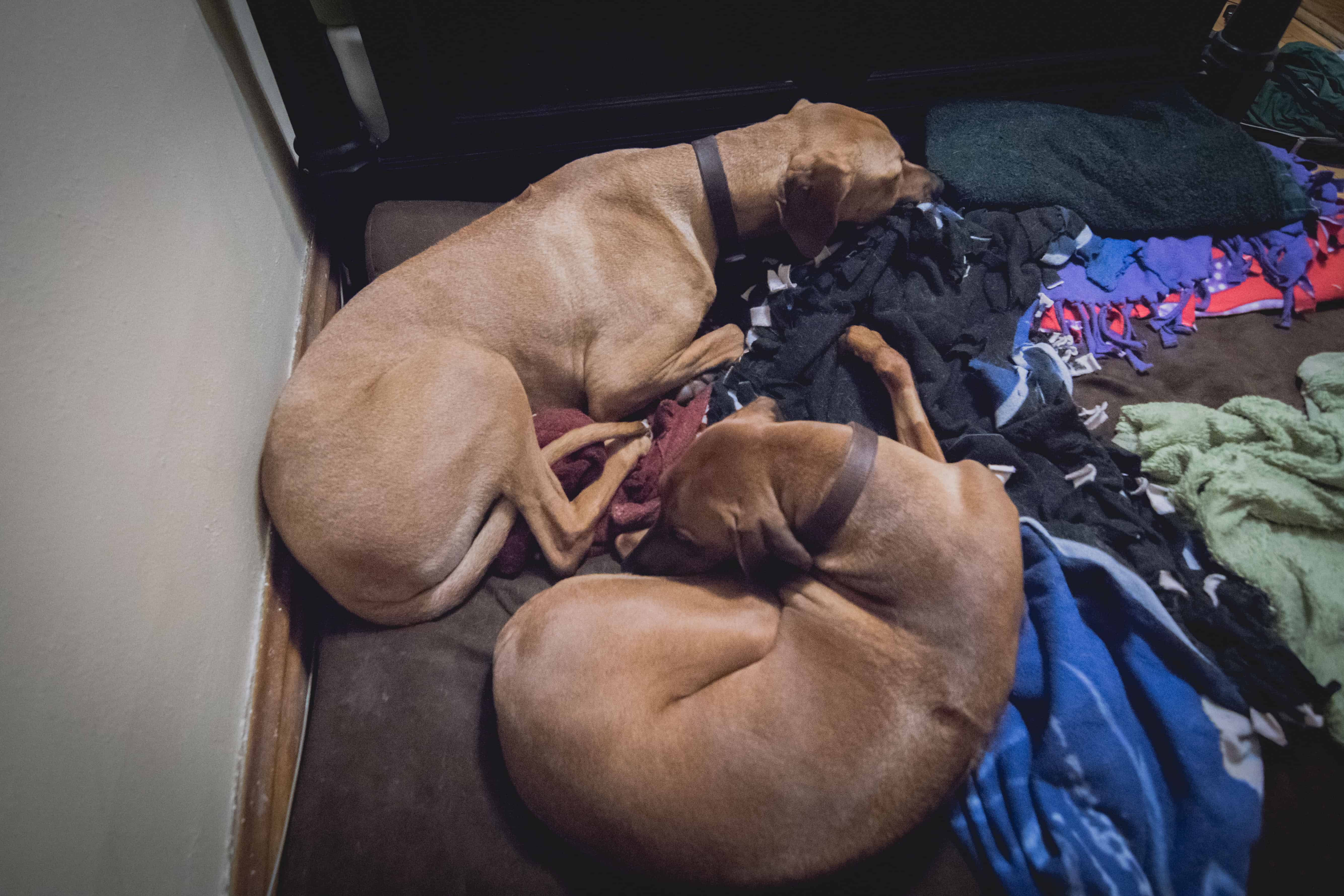 This morning I found the pups curled up like this. Penny had 1.75 beds and Eko had 0.25 beds. Eko was kind enough to let the little patient have whatever she wanted

It’s been a while since I’ve had a pup have surgery, so I was surprised when Penny didn’t come home with a cone. (Wish I had known that before I went and bought markers/stickers to decorate…)

I’m not sure if the vet thinks Penny needs to catch some z’s on a flight, or maybe the vet wanted Penny to have a flotation device in the event my apartment crashes into Lake Michigan? But with her fancy post-op collar, Penny is prepared for either scenario. 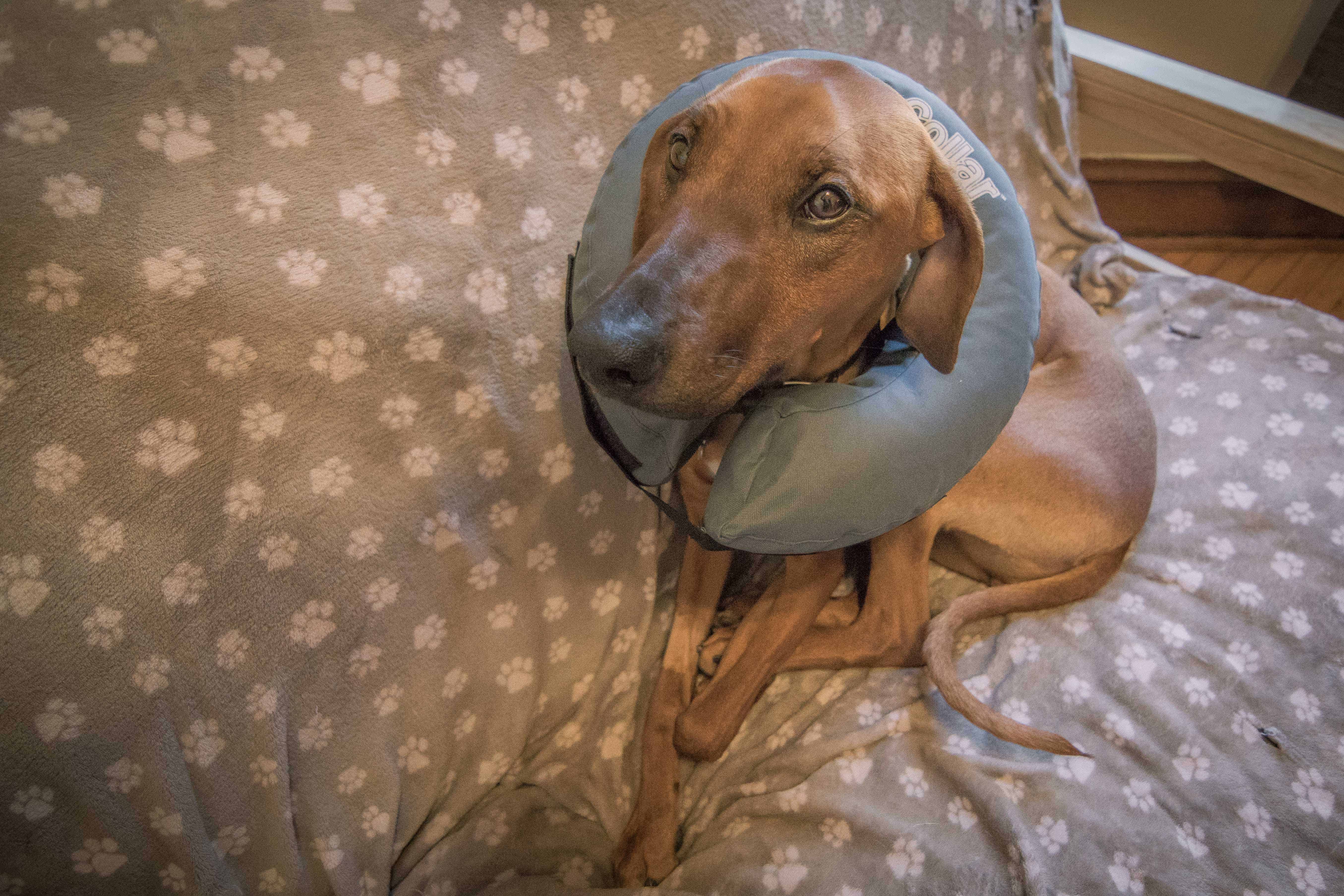 Penny was understandably even more confused about it that I was 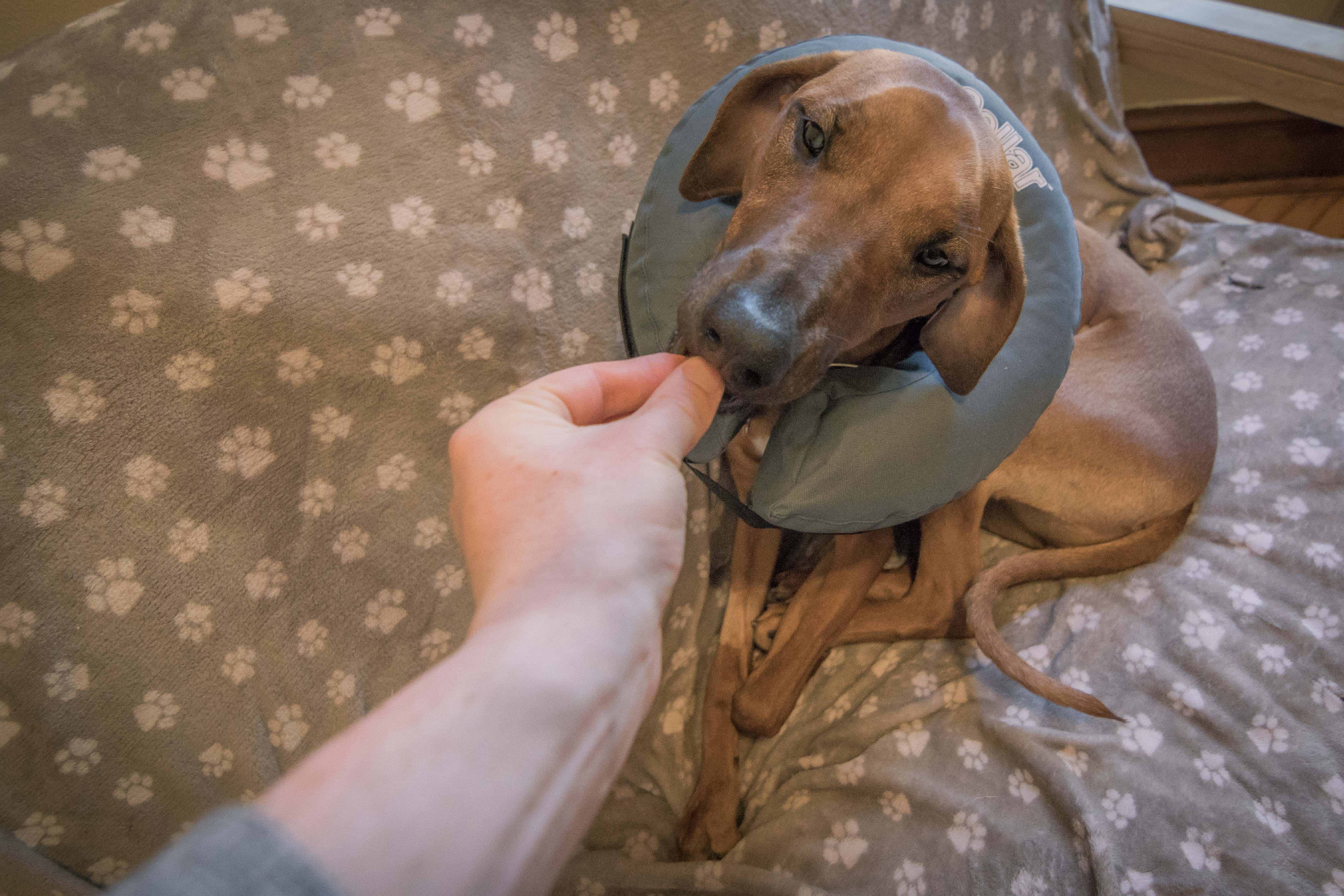 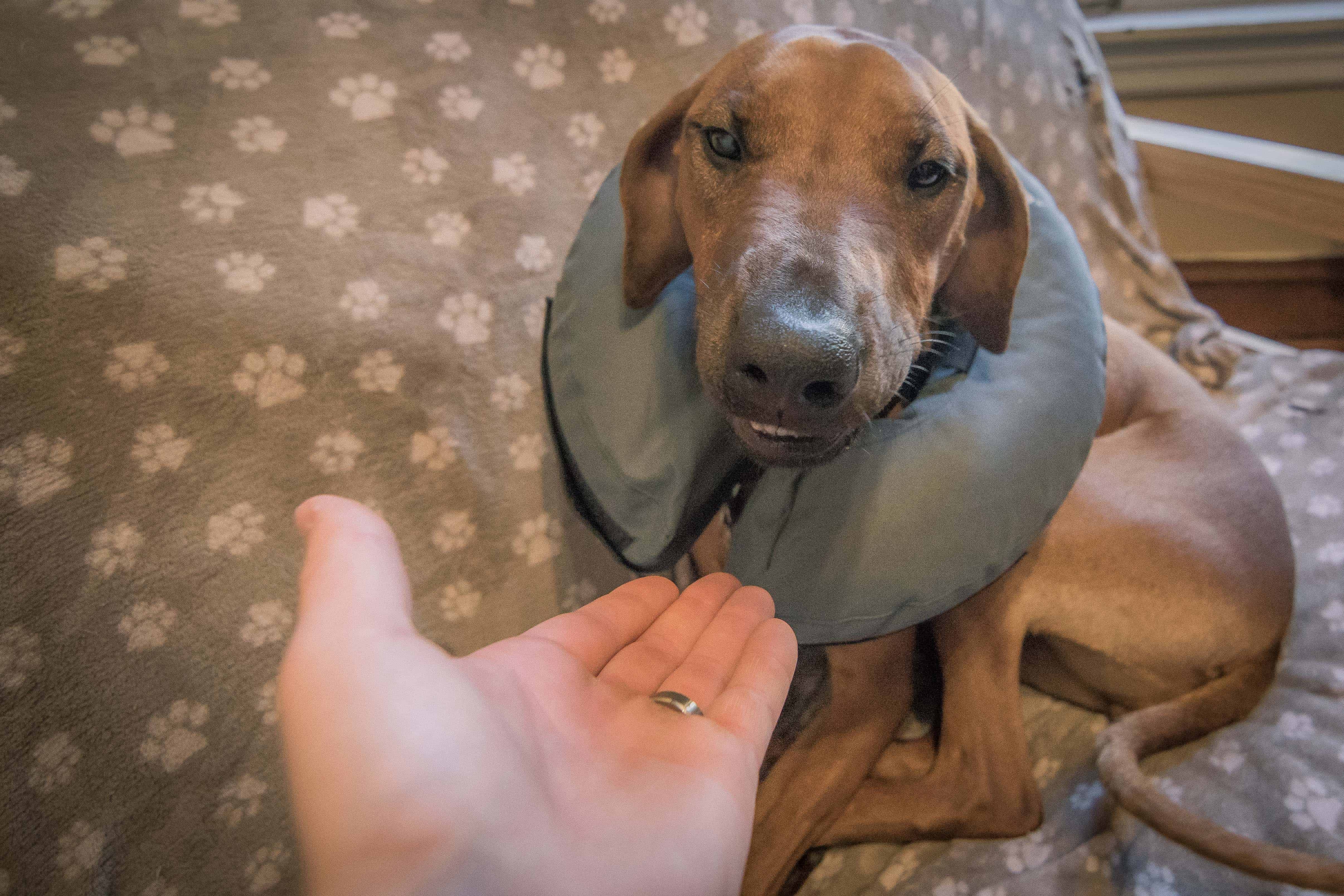 “I still don’t know what this thing on my neck is, but as long as the treats keep coming, I don’t care.”

Thanks to Dr. Baker and the awesome team at Blum Animal Hospital, Penny is safe and sound. We here at the Marking Our Territory recovery clinic are going to make sure the little troublemaker is back on her paws in no time.

And thanks to everyone who commented on yesterday’s post. The comments definitely helped keep my worried mind from wandering too far!