We have an exciting couple months in front of us, but before we can bring home the new pup, we first have to bring ourselves over to our new home. Alas, before we can do that, we first have to clear out of our old one. There are a number of points of order to take care of before the move. Normally I would worry about the deadlines and contracts myself but luckily I live with a pup who understands such technicalities better than I ever could. I may make the law of the land around here, but Eko has mastered the art of legalized insolence. For example, Eko knows it’s against the law to steal from and/or beg at the dinner table, but there is no rule against getting as close to the table as possible and staring intently. Eko also knows eating shoes is illegal, but throwing them around the apartment is fine as long as he leaves no teeth marks. I recently caught Eko’s law-skirting behavior on camera when contractors stopped by to recarpet the stairs. 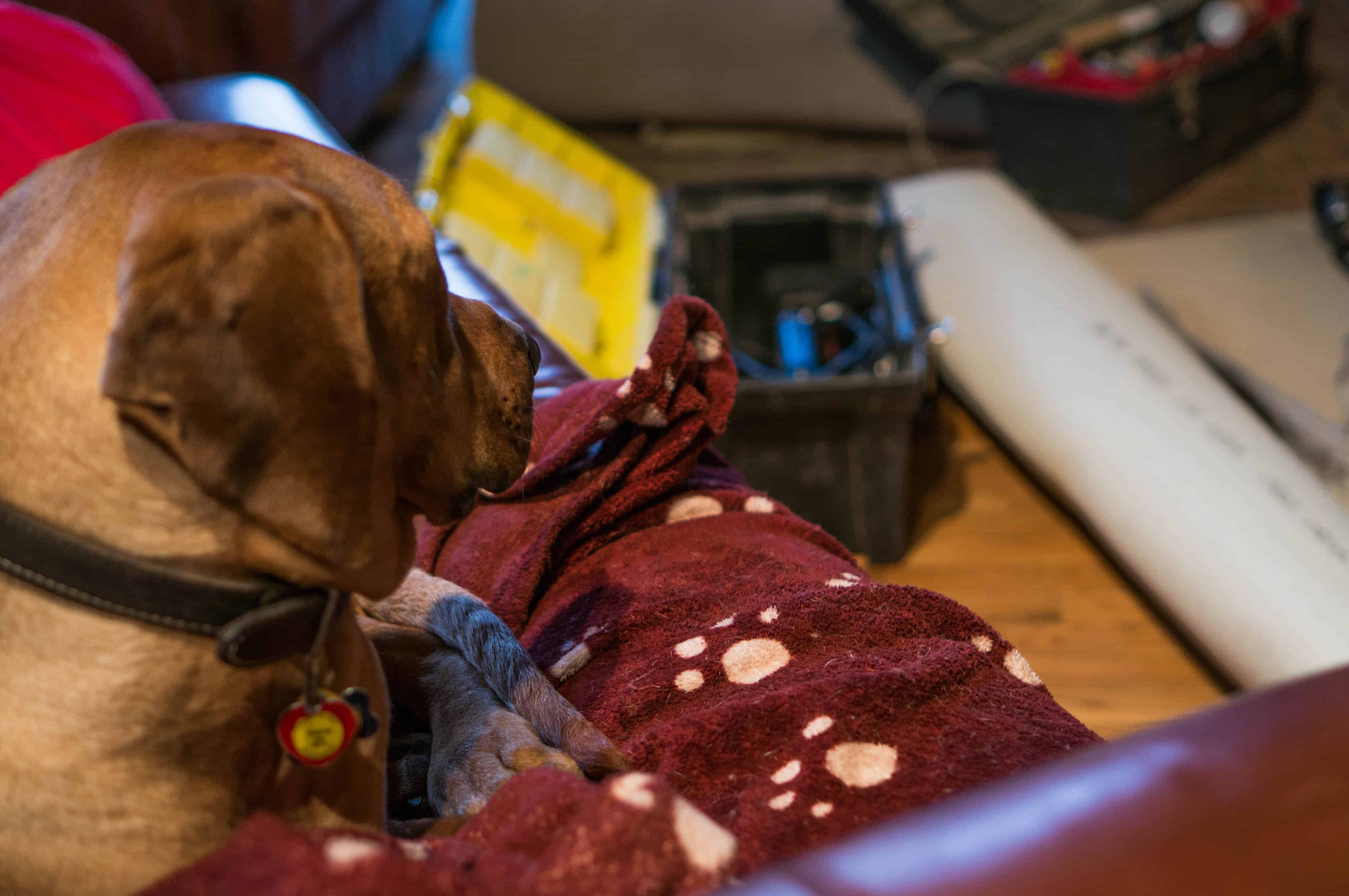 Eko really wanted to check out that new-carpet smell, so he reluctantly complied when I told him to stay on the couch 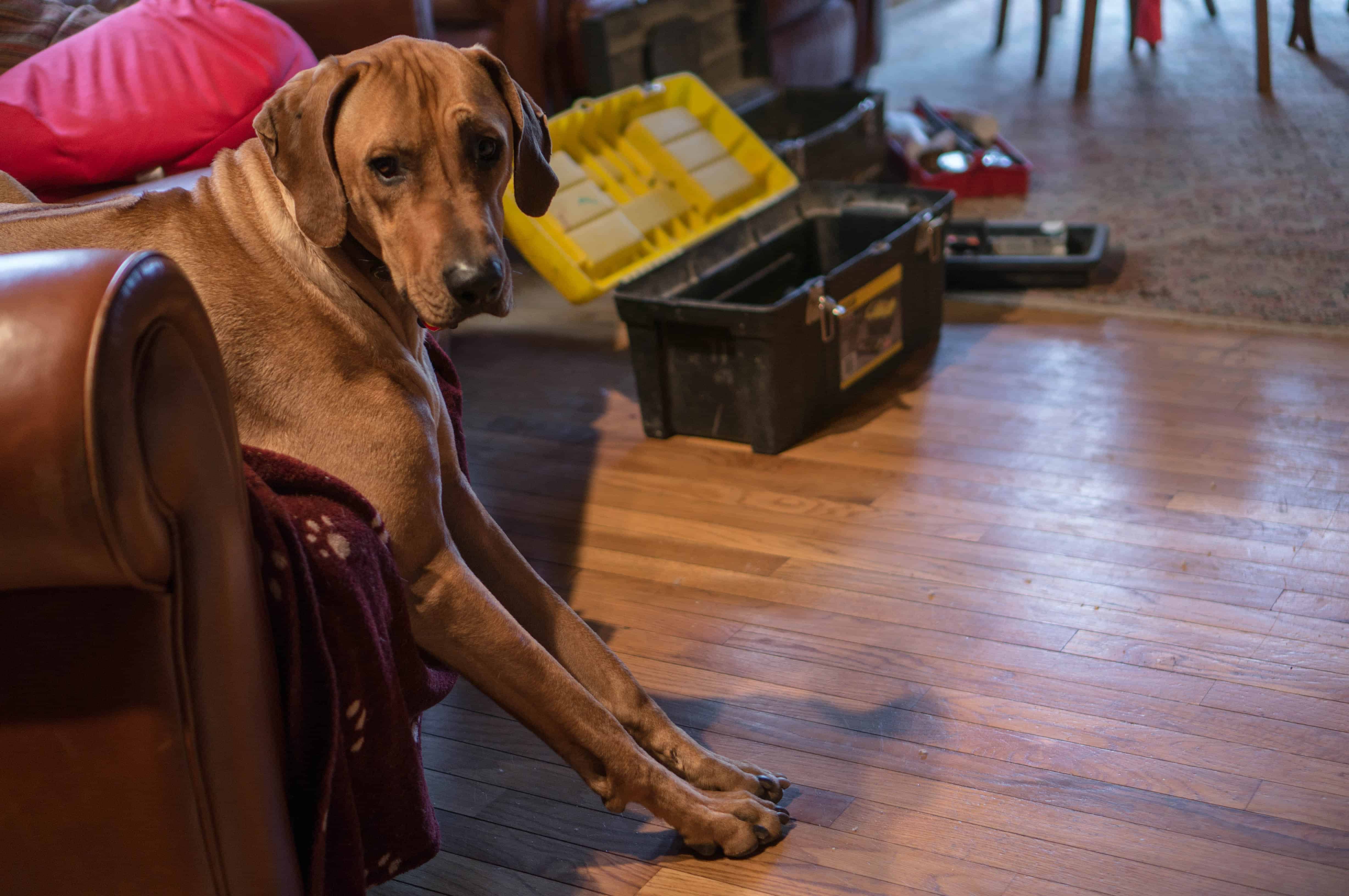 Ever so subtly he slipped his front paws off the cushion. “I’m still on the couch, Will.” 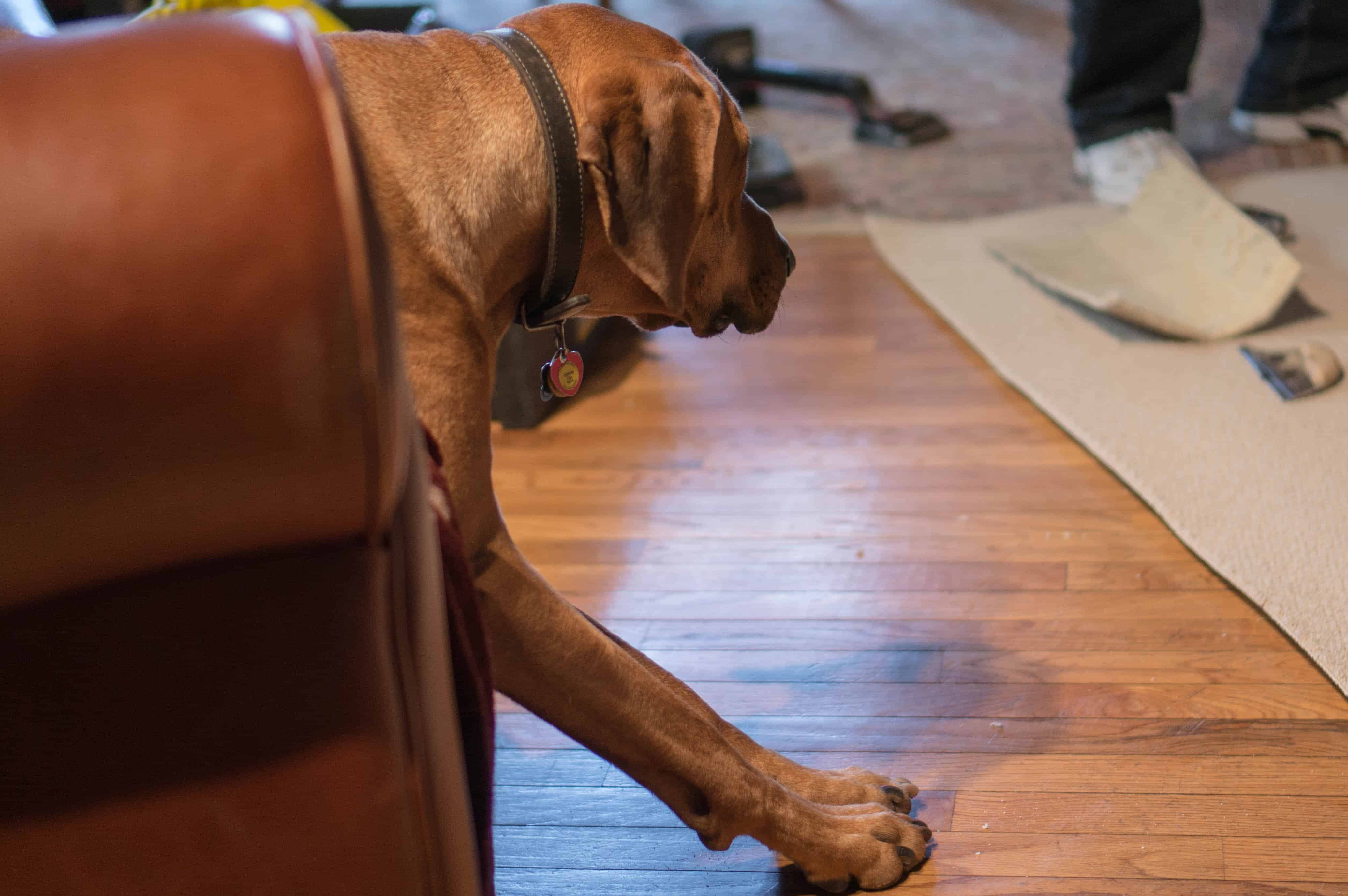 He then scooted himself and the cushion even closer to the carpet. I couldn’t complain, he was technically still on the couch 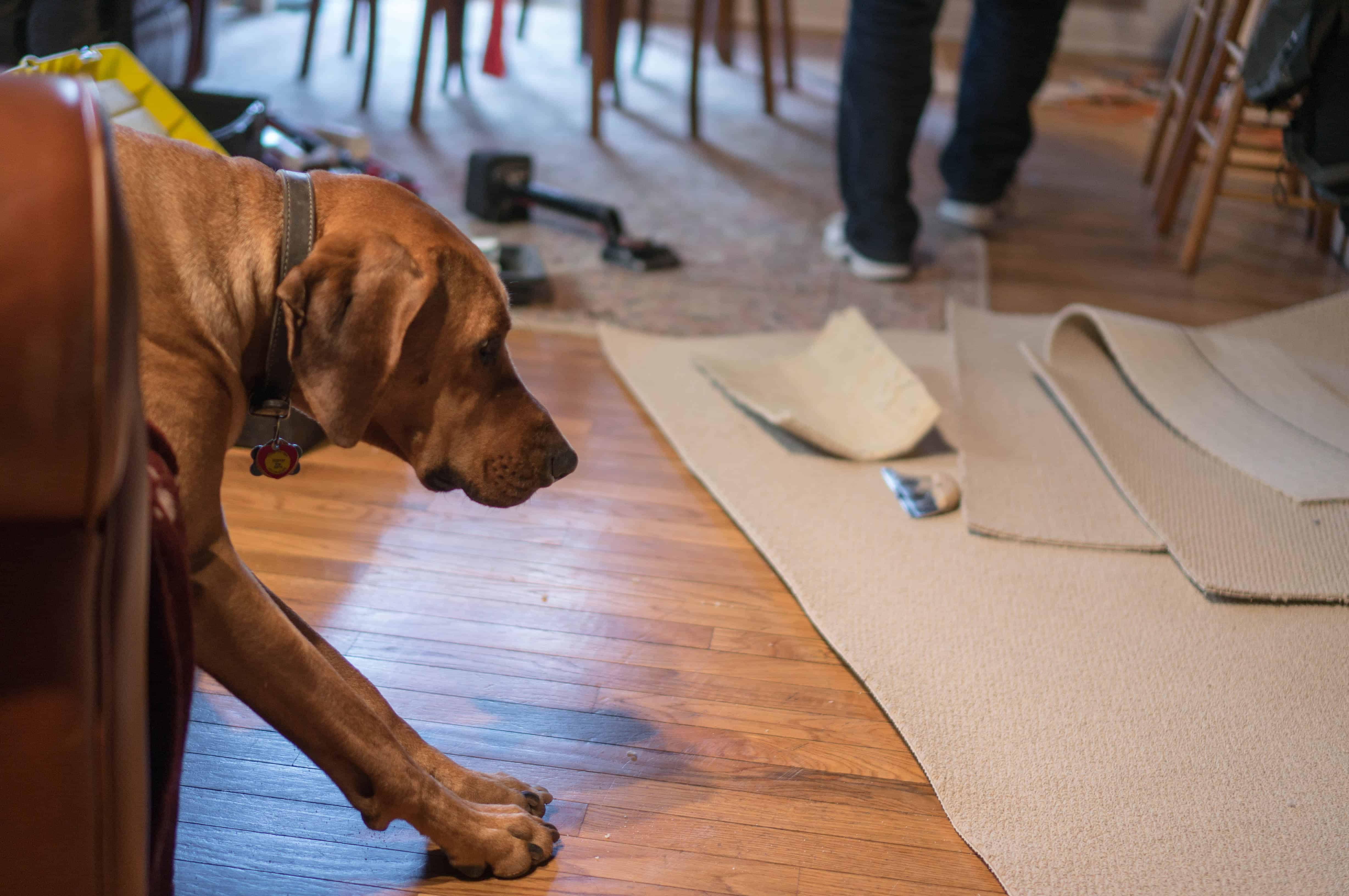 Eko next stood on his back legs to prepare for the grand finale. A massive stretch forward (while still on the couch of course) to take a deep whiff 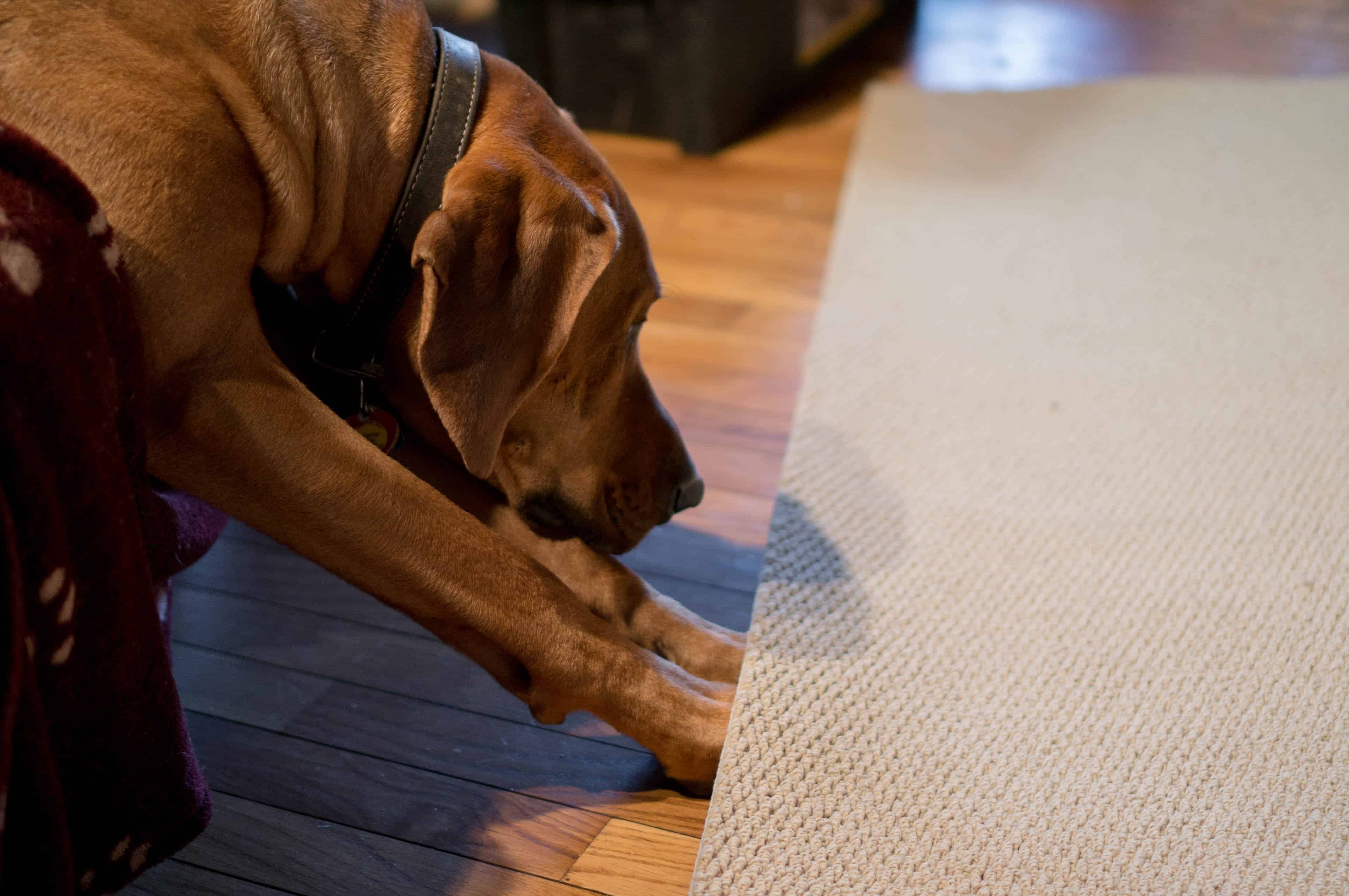 I may make the laws, but I do recognize when I’ve been beaten in court. I told Eko to stay on the couch and he stayed on the couch. Eko, Attorney at Law is a solo practice for now, but I have a feeling he will teach his new associate all the ways to bend the laws around these parts.

Am I the only one being hustled, or does anyone else have a pet who gets off of jail time on technicalities?

Previous Post Don’t wait for the “right time” to get a pet Back to all posts Next Post What Do Your Pet’s Toys Say About You?