When Eko and I decided to take this trip, he promised me that he wouldn’t let all the attention turn him into a dog diva.  That promise lasted exactly until we reached our hotel in Philadelphia.  After a rainy drive, Eko and I pulled up to the Hotel Palomar in

When Eko and I decided to take this trip, he promised me that he wouldn’t let all the attention turn him into a dog diva.  That promise lasted exactly until we reached our hotel in Philadelphia.  After a rainy drive, Eko and I pulled up to the Hotel Palomar in downtown Philly and began to unload.  I think the doorman must have been David Blaine because before I had even opened the trunk, he magically appeared and asked if he could give Eko a treat.  I happily agreed and thus began the tradition of Eko going up to every hotel employee/guest and sitting down in the hope of getting more treats.  Eko’s strategy has worked quite well and he is already a hotel celebrity. 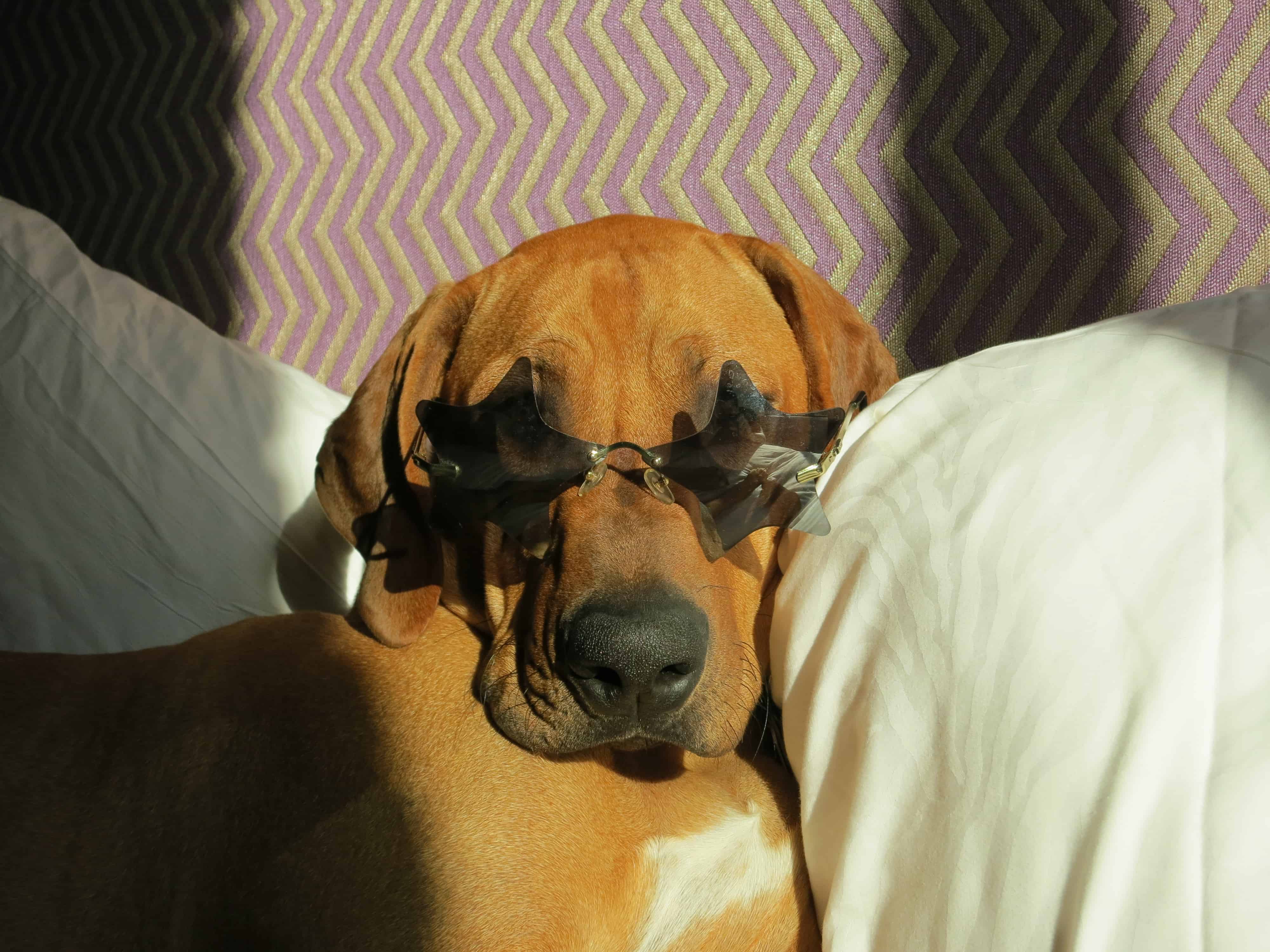 Dogs of any size can stay at the Palomar, and the hotel is stocked with dog beds, bowls, bags and anything else your pup needs when traveling.  The Palomar charges no “pet fee” and the front desk is happy to arrange any dog sitting or grooming that you may need while in town.  They will arrange grooming for your dog, I mean – but I’m sure they would arrange grooming for you too if you asked.  I should probably also mention that humans can stay at the Palomar as well, it’s just that we are kind of an afterthought if we are traveling with a dog.  Most people here only know me as that guy who Eko brings around.  It would be tough to find a better place in downtown Philly as home base for a dog adventure.  A little rain never hurt nobody, so after we dropped our bags off and Eko signed a few autographs we headed out to enjoy the weather.   Eko and I ran along the Schuylkill River as one of our readers suggested.  We hear there is a concession stand near the boathouses that leaves out a bowl of water for passing dogs.  Eko and I didn’t find any vendor or any bowls, but we had no trouble finding water.  Since there was no way we could get any more wet, I figured there would be no harm checking out the Schuykill River Park Dog Run.  Like usual, I was wrong.  The park is in the midst of a massive renovation so the temporary dog park was turned into a mud pit by the heavy rains.  Eko and the only other dog in the park didn’t seem to mind in the least.

Now that I look at it again, Eko may have been playing with a small fox

In case his little fox friend missed any spots, Eko decided to take a good roll in the mud right before we left the park.  As we jogged back to the hotel I realized that combining an 80 pound mud ball with a hotel room with white comforters would be an even more disastrous mix than drinking orange juice after brushing your teeth.  Luckily I was able to bring Eko to the service entrance and borrow a bunch of gym towels. 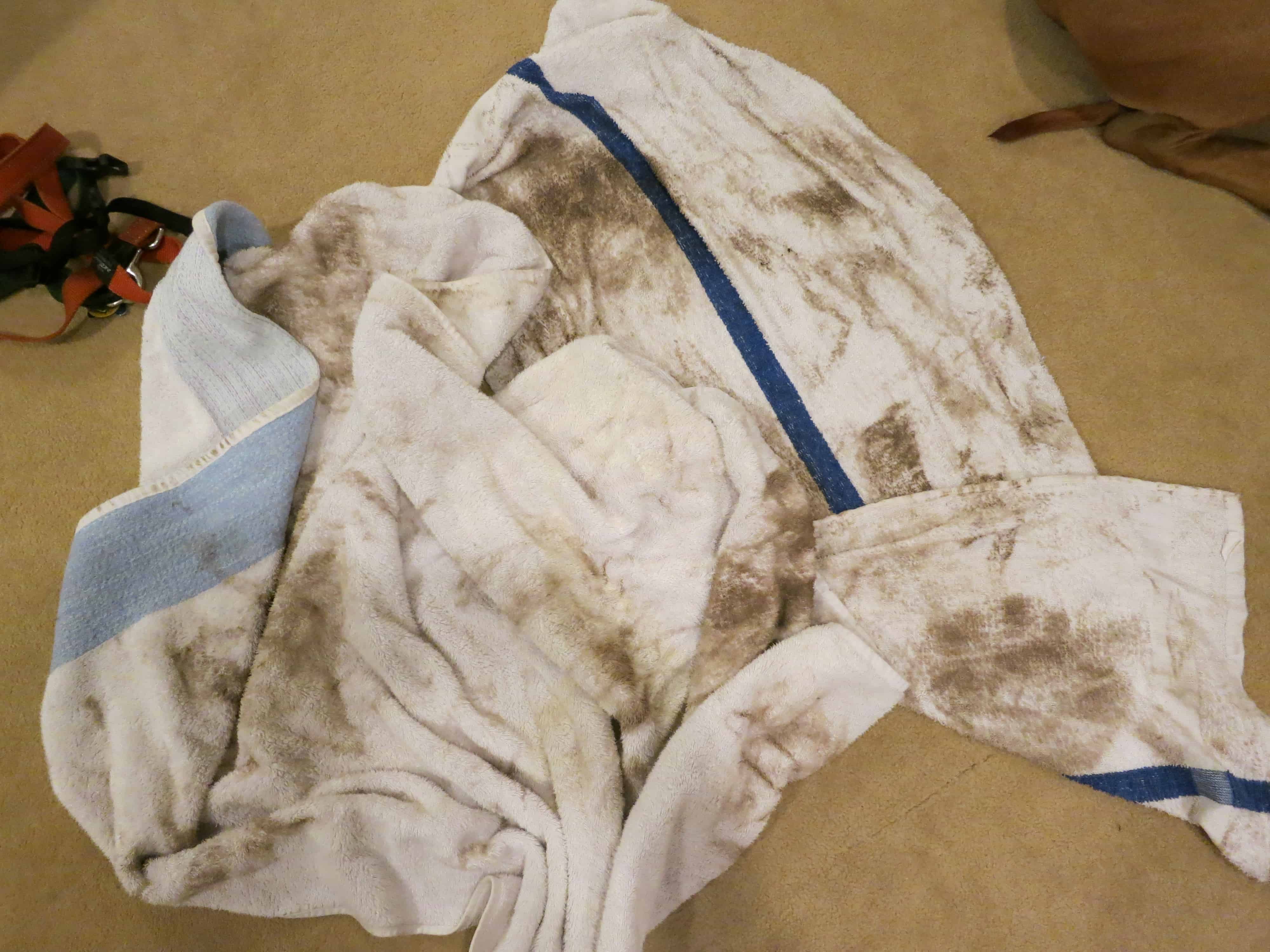 As it turned out, Eko and I got cleaned up just in time for a wine tasting that the hotel was hosting.  Now I’m sure this will shock you coming from a guy who still watches Teenage Mutant Ninja Turtles, but I don’t know a lot about wine.  Thankfully, Mr. Eko was happy to lend a paw. 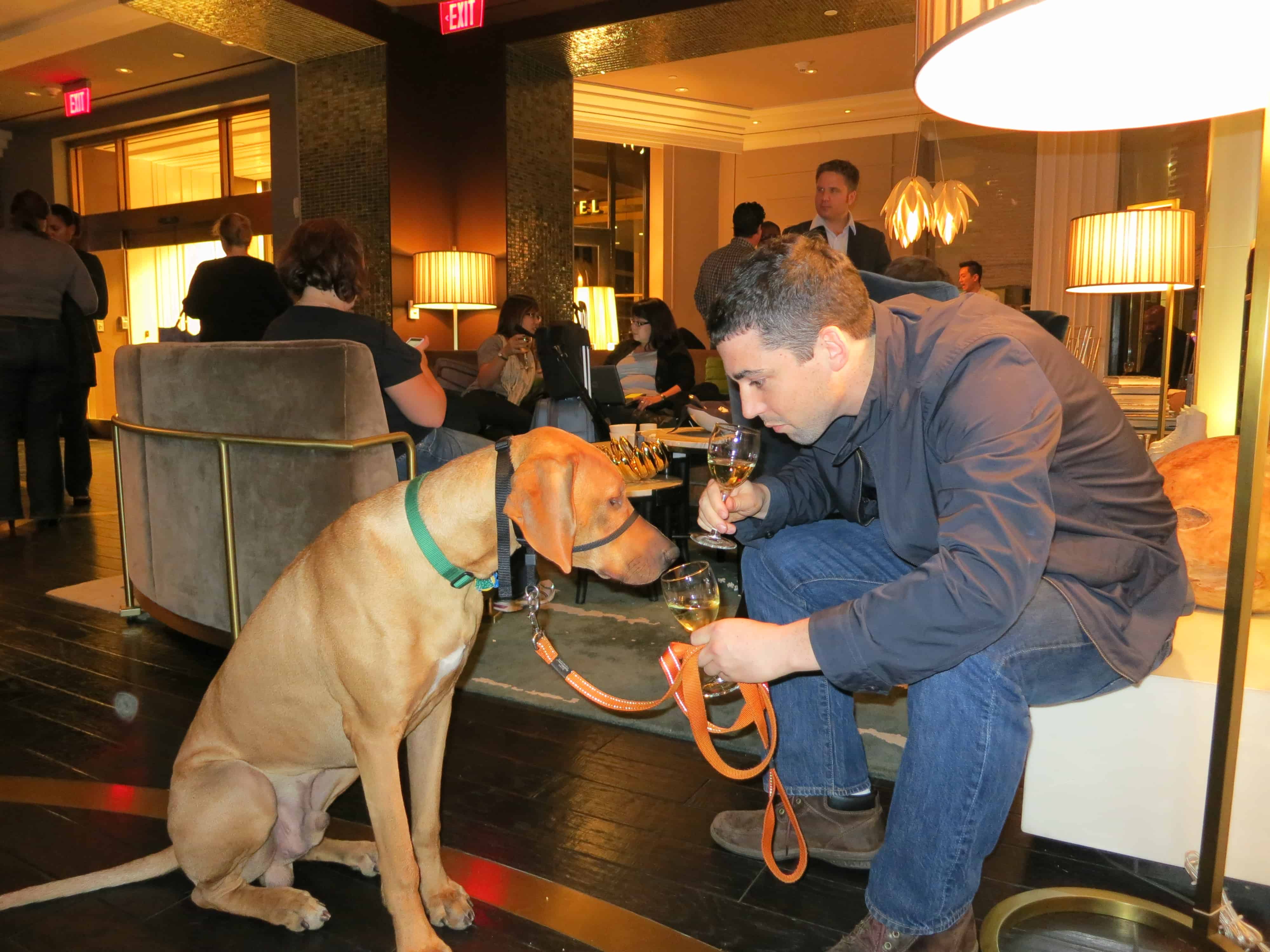 “Will, this 2005 white has a refreshing citrus flavor and a superb aftertaste.”

Eko and I will be all over the city the next few days, so if you have any suggestions for where we should stop be sure to leave them in the comments or message us on Twitter @WillandEko.  Cheers!
Previous Post Time to Hit the Road Back to all posts Next Post Yo, Adrian!