Playing With Your Pet? There’s An App For That.

While Eko is nearly back to full health, the vet recommended that I keep his exercise to a minimum and build it back up over the next few weeks.  That means I am essentially living with a Kentucky Derby racehorse that I can’t let out of the starting gate. I

While Eko is nearly back to full health, the vet recommended that I keep his exercise to a minimum and build it back up over the next few weeks.  That means I am essentially living with a Kentucky Derby racehorse that I can’t let out of the starting gate.I have found a number of ways to keep Eko occupied and entertained, but it wasn’t until today that I realized I am the proud owner of the world’s most expensive dog toy – the iPad.  A quick search of the App Store revealed dozens of games and apps specifically designed for pets.  I didn’t have high expectations, but as it turns out there are some really worthwhile pet games/apps you can download on your smartphone or tablet.  Here is a quick review of some of our favorite:1. iSqueek ($1.99) 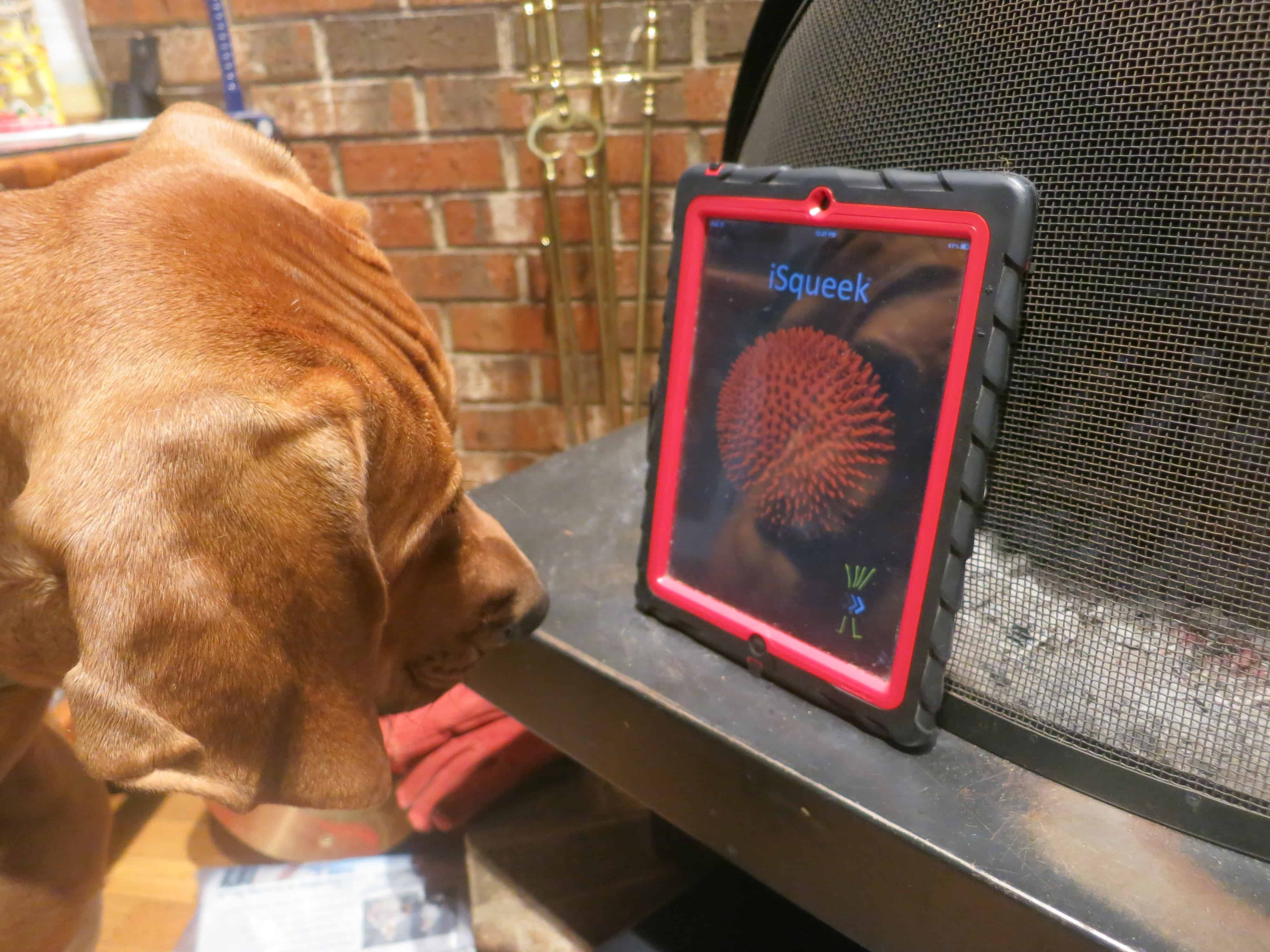 “What is this black magic?”

iSqueek, the first app we tested, was an instant hit with Eko.  The toy on the screen squeaks when touched and the sound immediately caught Eko’s attention. 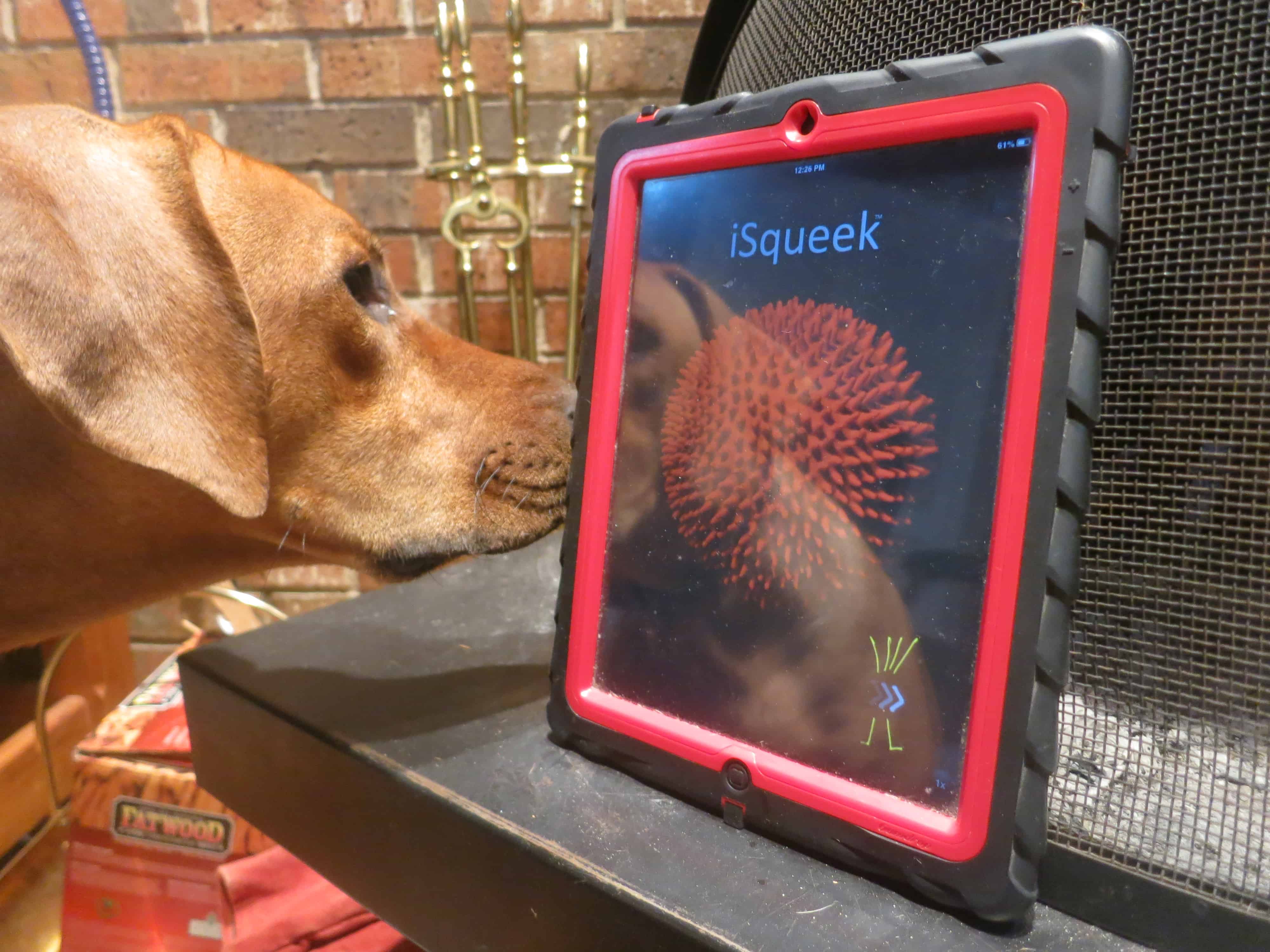 At first Eko was convinced that the Wizard of Oz must have been behind the curtain. He diligently searched all around my iPad for where the real squeak toy must be 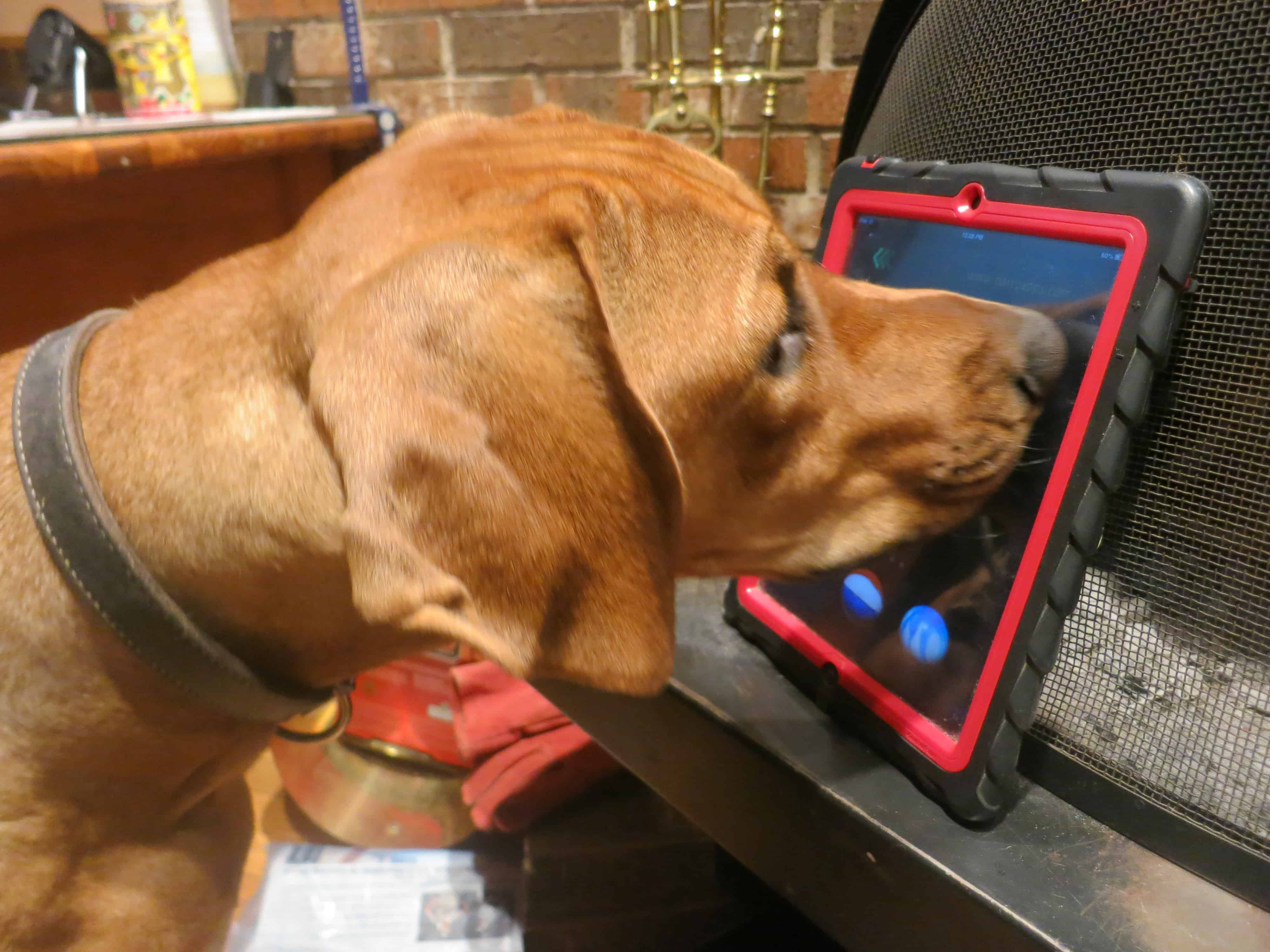 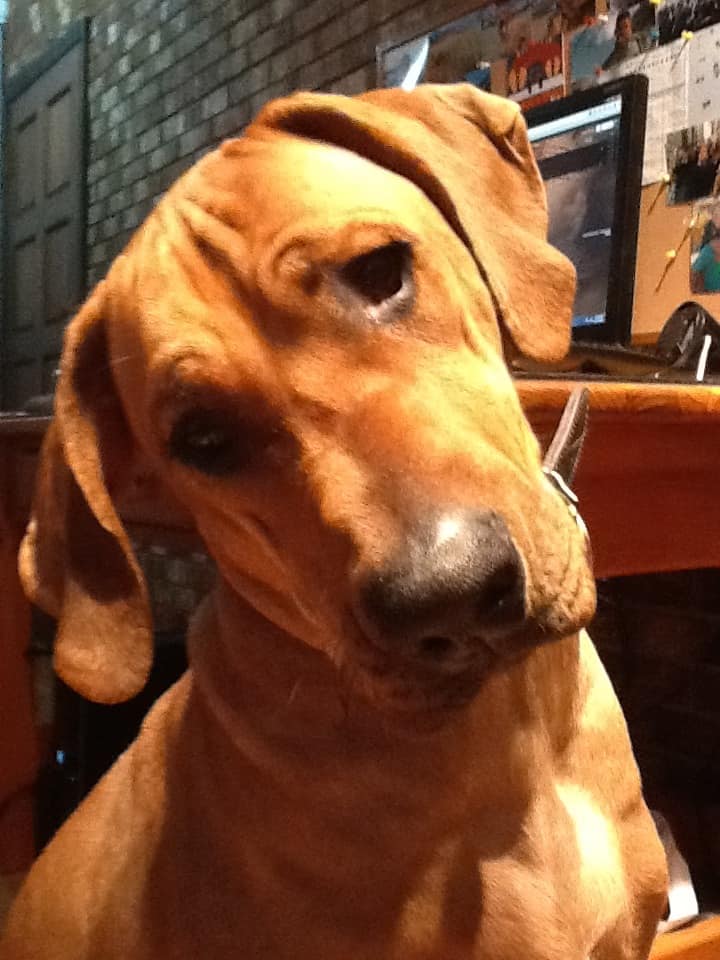 As you can see, PetSnap certainly grabbed Eko’s attention

Pets are cute, but as we all know, capturing that cuteness on camera is not always easy.  Our four legged friends aren’t as interested in the photos as we are, so they aren’t always inclined to pay attention.  PetSnap addresses that problem by adding a soundboard to your camera.  Choose from dozens of sounds to get your pet’s attention and then snap away.  Eko had zero interest in looking at my iPad, but that all changed when I played a cat sound-effect to get his attention for the above photo. 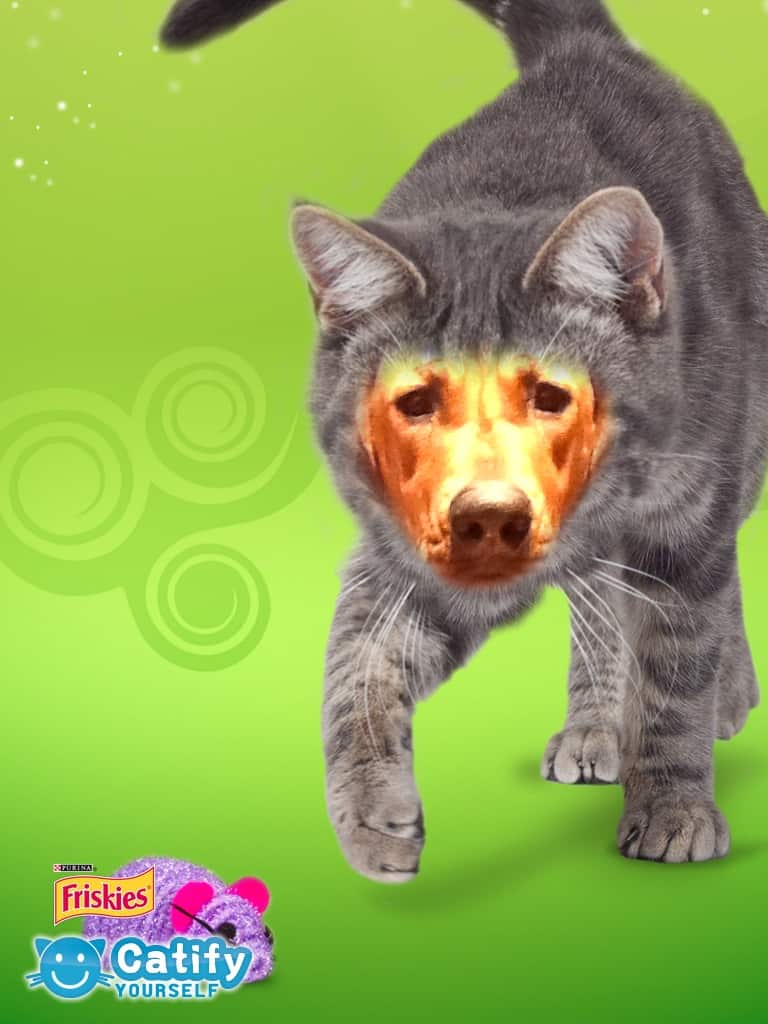 It’s important to appreciate the simple pleasures in life – good friends, good family and putting your dog’s face on cat photos.  Take a photo of a pet or friend (or enemy) with this app and see how they would do as a feline.  This app is definitely good for a laugh. 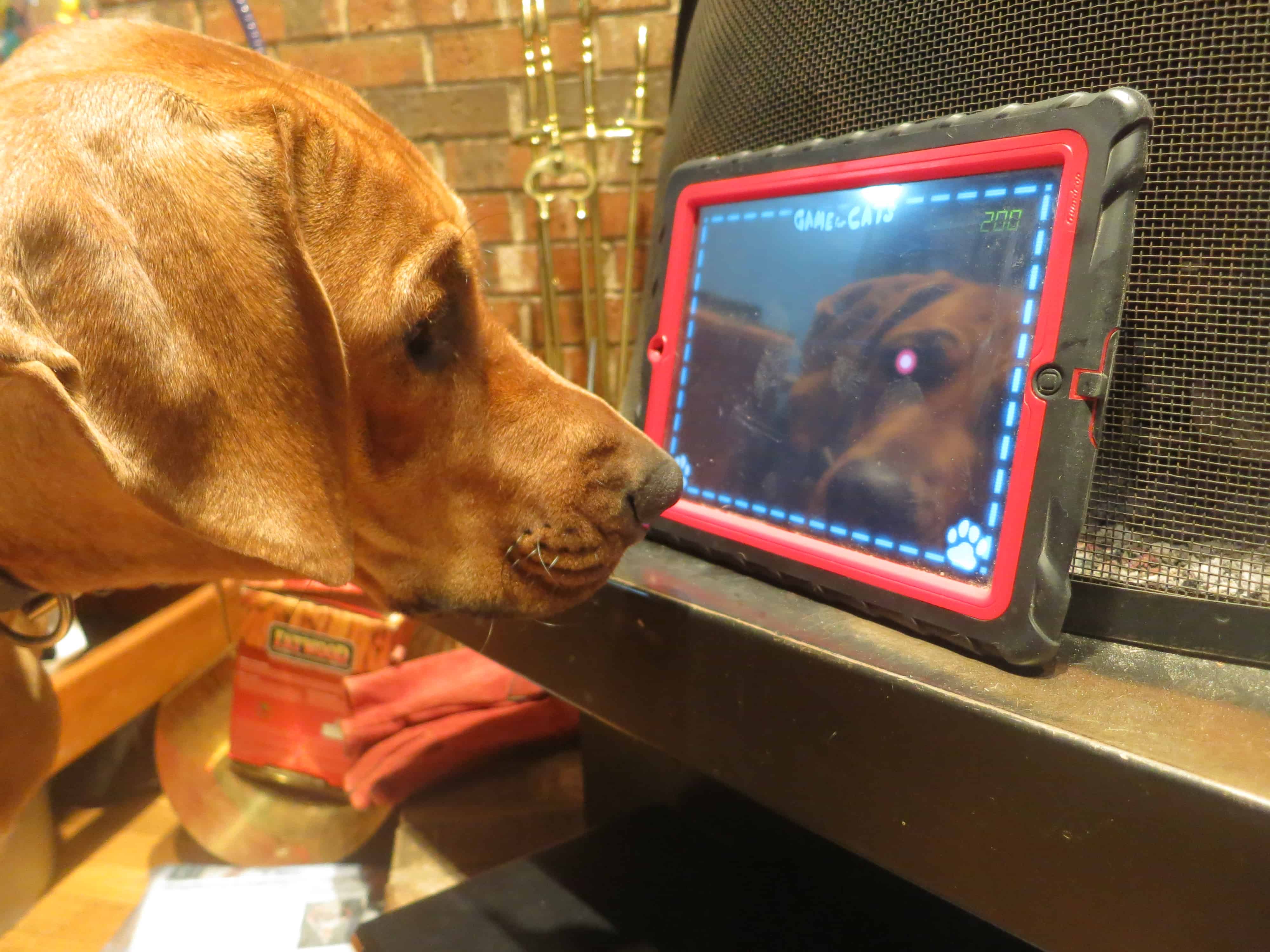 As we found out in America’s Pet Debate, cats are the top dog on the web.  Not surprisingly, this means that there are many more cat themed apps than dog ones. I guess since dogs are just as likely to eat your phone as play with it, that makes sense.  I’m not sure if Eko has a great-grand parent that was a cat, but he loved this laser game.  He diligently followed the pointer and happily nosed the icon to score points.  I got a few good video clips of him playing that I will post later. 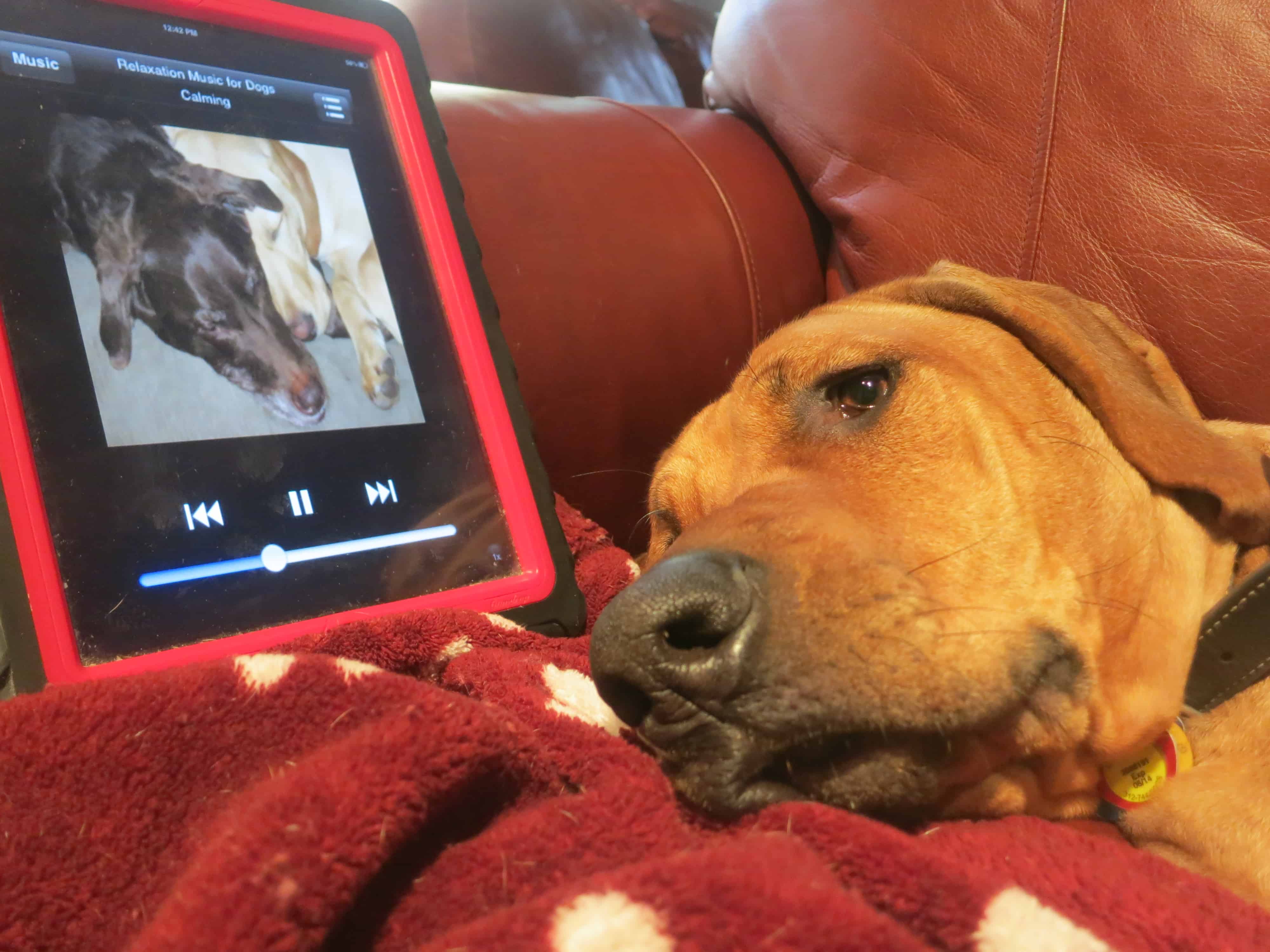 Pet Acoustics features a number of melodies and tones that are supposed to help your pet fall asleep.  I have no idea if it works yet, but I just think this photo is hilarious.  We’ll have to report back! 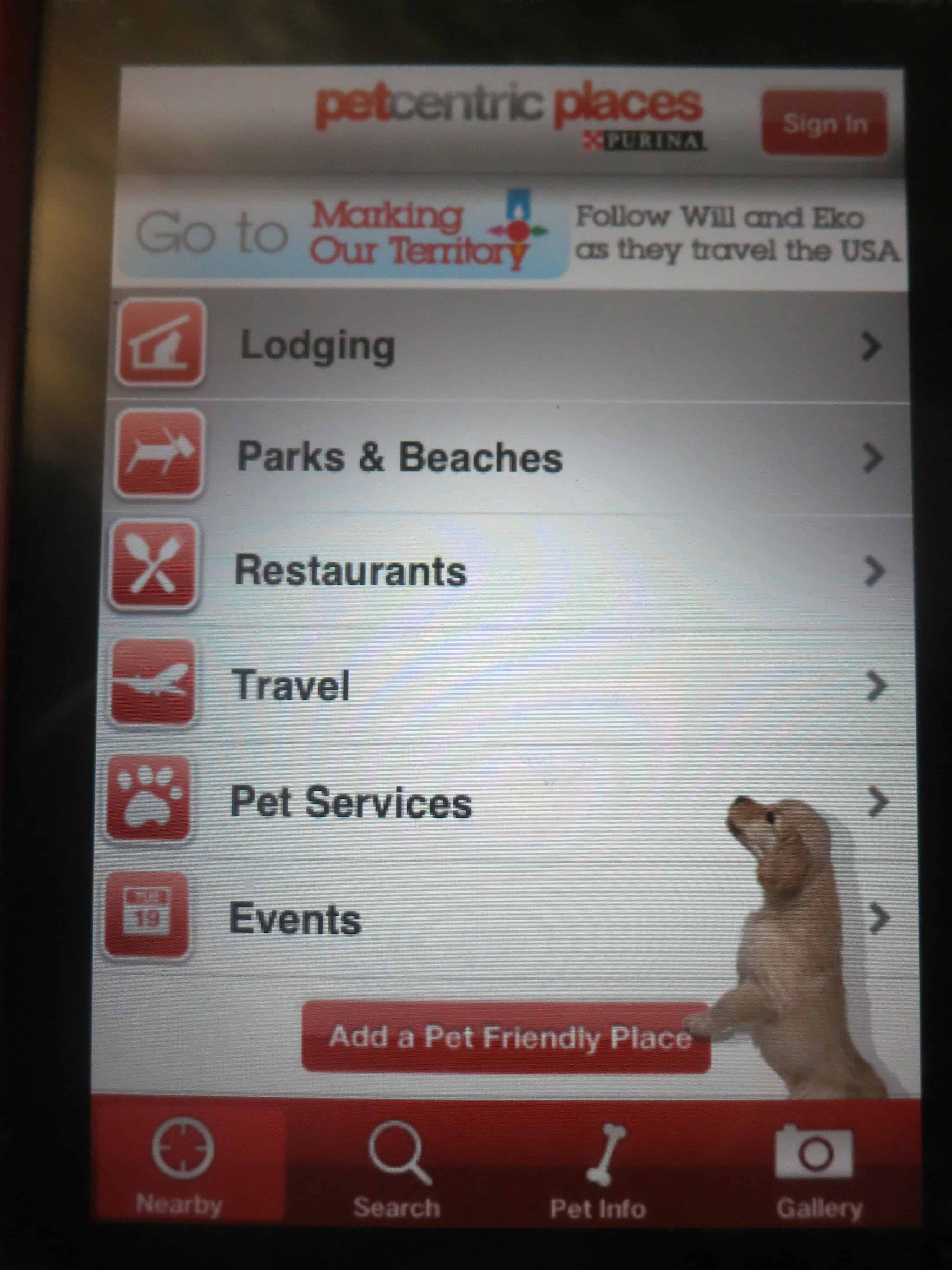 So easy, even I can use it!

When you and your pet are ready to find adventure, the Petcentric app is the best crowd-sourced app to find pet-friendly destinations in your area.  As an added bonus, my mom says the app features “the best bloggers in the world,” but she might be a bit biased.

I definitely recommend checking out the available pet game apps for your phone/tablet – most of the games are free and will provide some fun for you and your pet.  And one final recommendation: 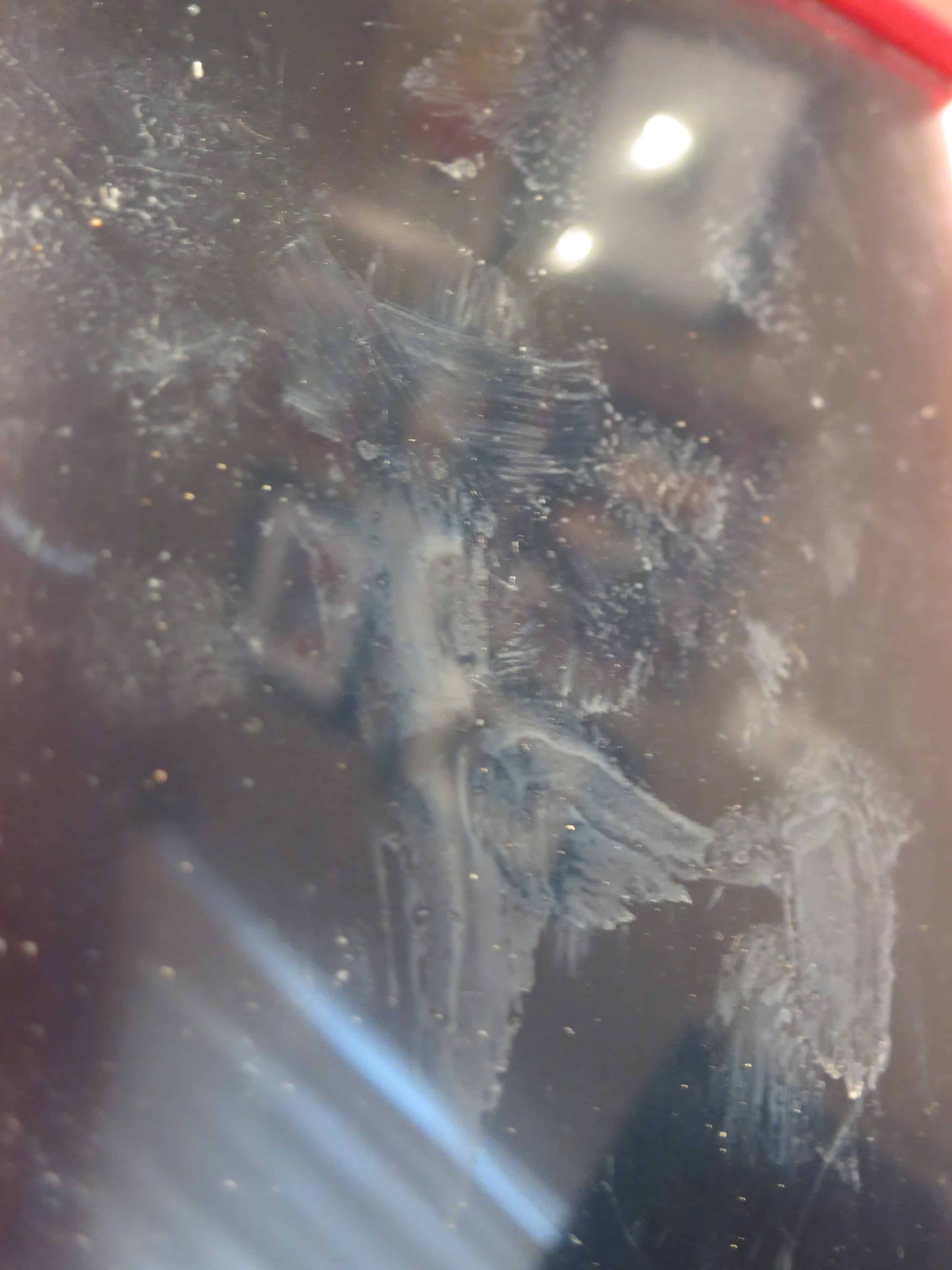 Be ready to clean your screen afterwards!

Any favorite pet apps/games that we missed?

Previous Post How Has Your Pet Left A Mark On Your Life? Back to all posts Next Post What Would You And Your Pet Do With $500 Million?

Comments for Playing With Your Pet? There’s An App For That.