We had our second puppy class on Monday and Penny played the part of reluctant student quite well. “But dad, I don’t wanna go!” From the looks of things, Penny wasn’t the only stubborn student. ” I am a big, strong mastiff! Puny human,

We had our second puppy class on Monday and Penny played the part of reluctant student quite well.

From the looks of things, Penny wasn’t the only stubborn student. 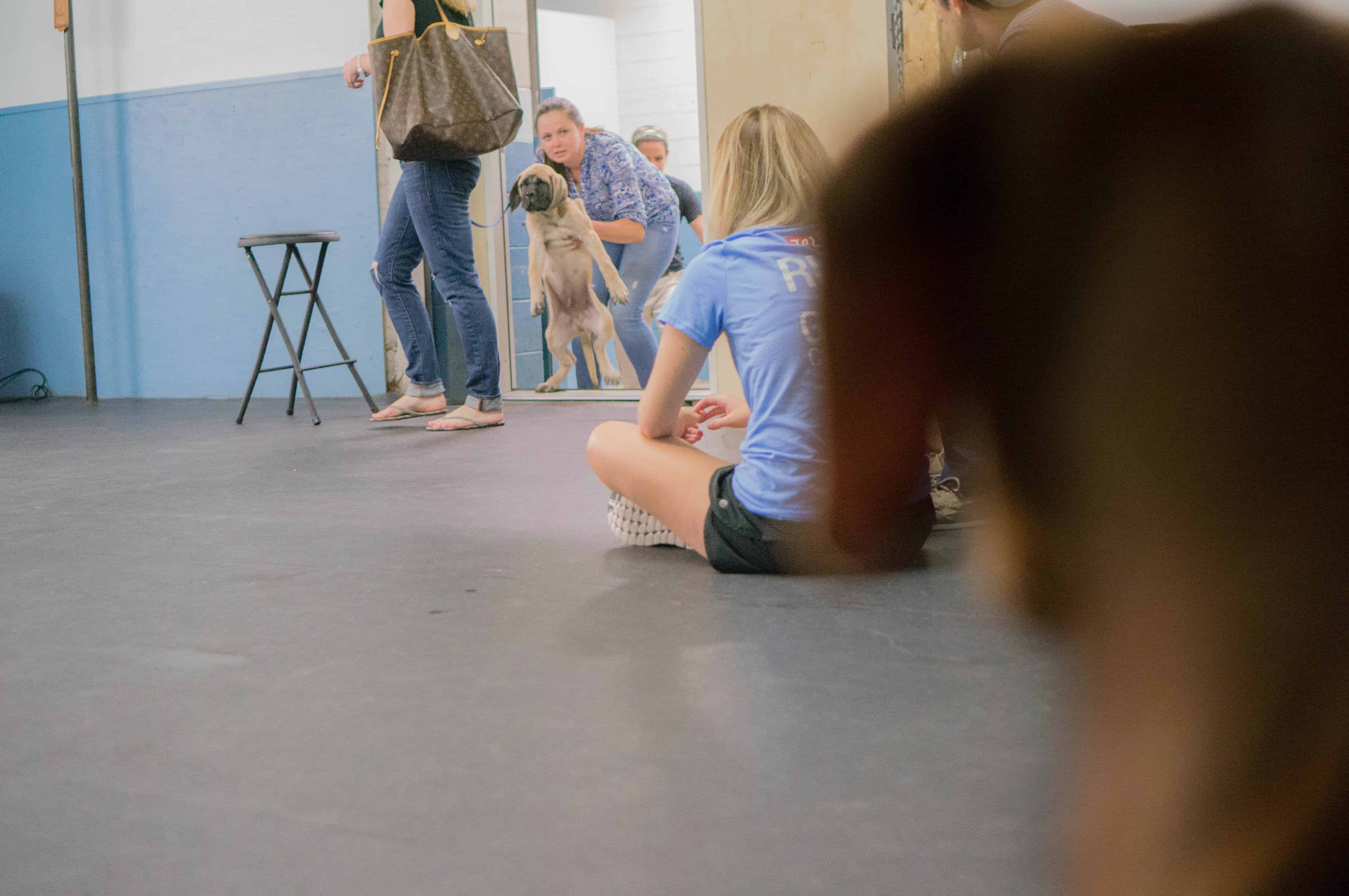 ” I am a big, strong mastiff! Puny human, you can’t make me go to class…oh wait, yes you can.”

At home I’ve taught Penny (with wildly varying degrees of success) the commands “sit,” “down,” “stay,” “here,” “take it” and “leave it.” Class this week provided a highly distracting environment and structured time to strengthen Penny’s attention and my consistency.

More importantly, I would argue, the class gives Penny invaluable socialization training. Currently, Penny only has two settings: “off” and “wrecking ball.” It showed at class – see if you can follow the Penny-blur.

At the center of every romp, there was Penny, causing mayhem

With Eko, Penny shows no restraint. Despite Penny’s constant barrages, Eko is relaxed because, at will, he can choose to ignore or overpower his little sister. Therefore at home, Penny does not learn the proper feedback loop for good dog manners.

The socialization portion of class is so key because Penny’s fellow pups display a range of responses which will help Penny learn all the cues dogs learn to communicate with one another. Even after just one class, Penny learned which dogs were interested in playing and which dogs were not. It may seem like a simple lesson, but it’s an invaluable one for every pup to learn.

Penny must have looked ahead in the textbook because even though I haven’t taught her how to play dead, this is how I found her on the futon after class. 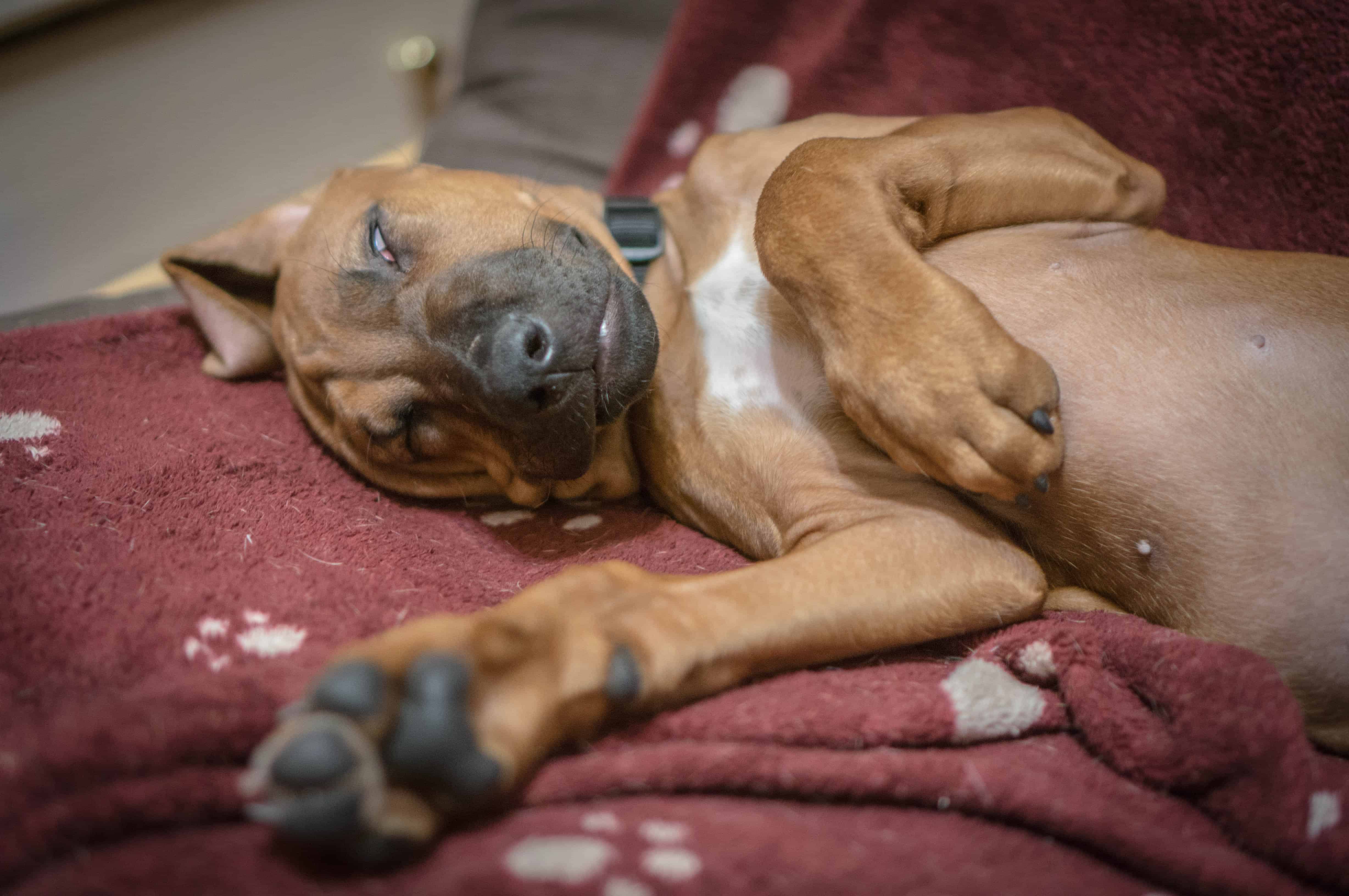 Even a one dog wrecking crew needs her beauty sleep

Previous Post Puppy 101: Rules vs Commands Back to all posts Next Post Where Everybody Knows Your (Dog’s) Name