It seems a bit unfair, but my veterinarian gave me pages of study material for Penny’s recovery yet didn’t ask Penny to read a thing. This was okay, at first.  The vet wanted Penny to keep still, and with plenty of meds in Penny’s system, my pup was

It seems a bit unfair, but my veterinarian gave me pages of study material for Penny’s recovery yet didn’t ask Penny to read a thing. This was okay, at first. 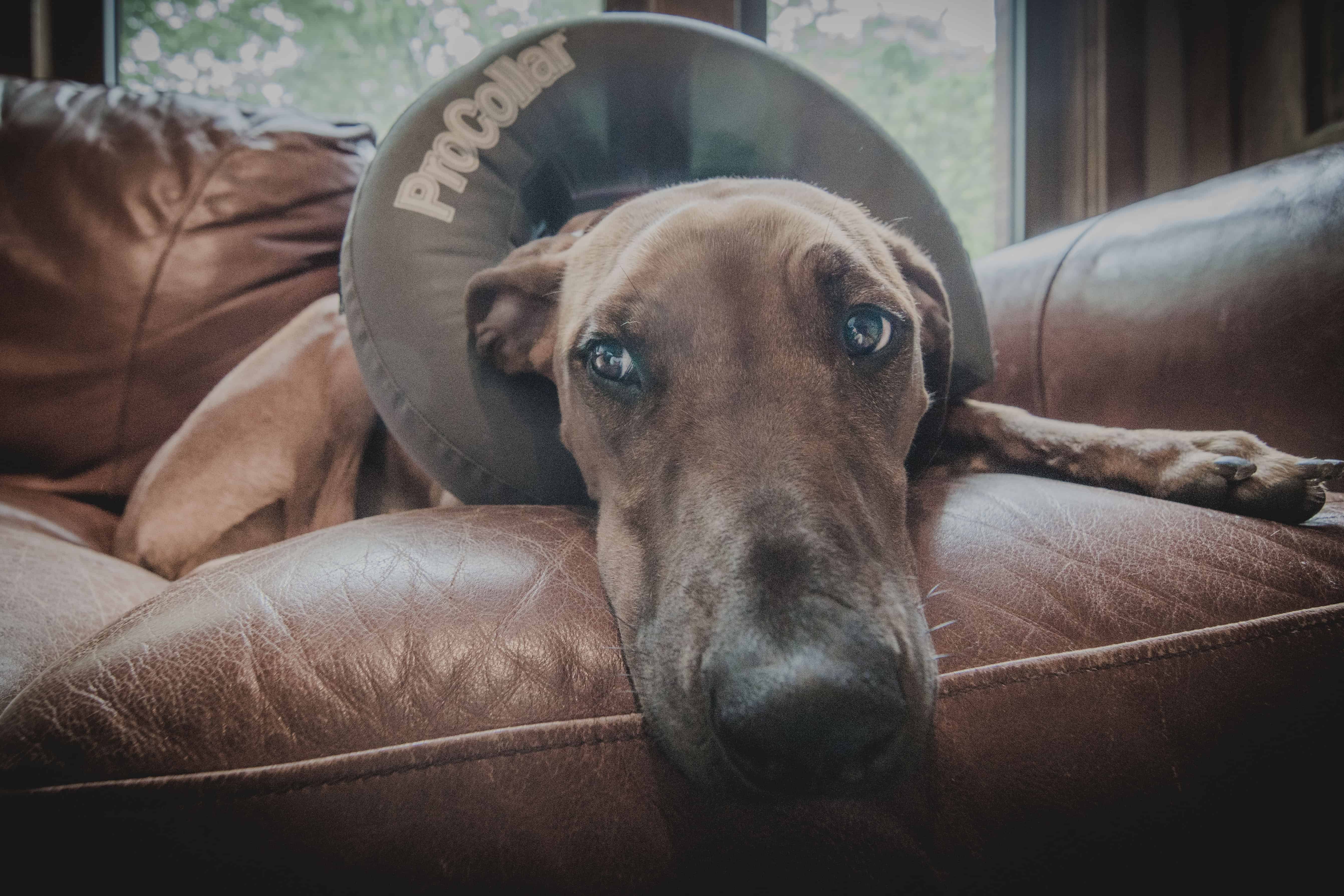 The vet wanted Penny to keep still, and with plenty of meds in Penny’s system, my pup was happy to oblige

Things got a bit dicey when I failed to have Penny collared at all times and Penny failed to see the need for her stitches. 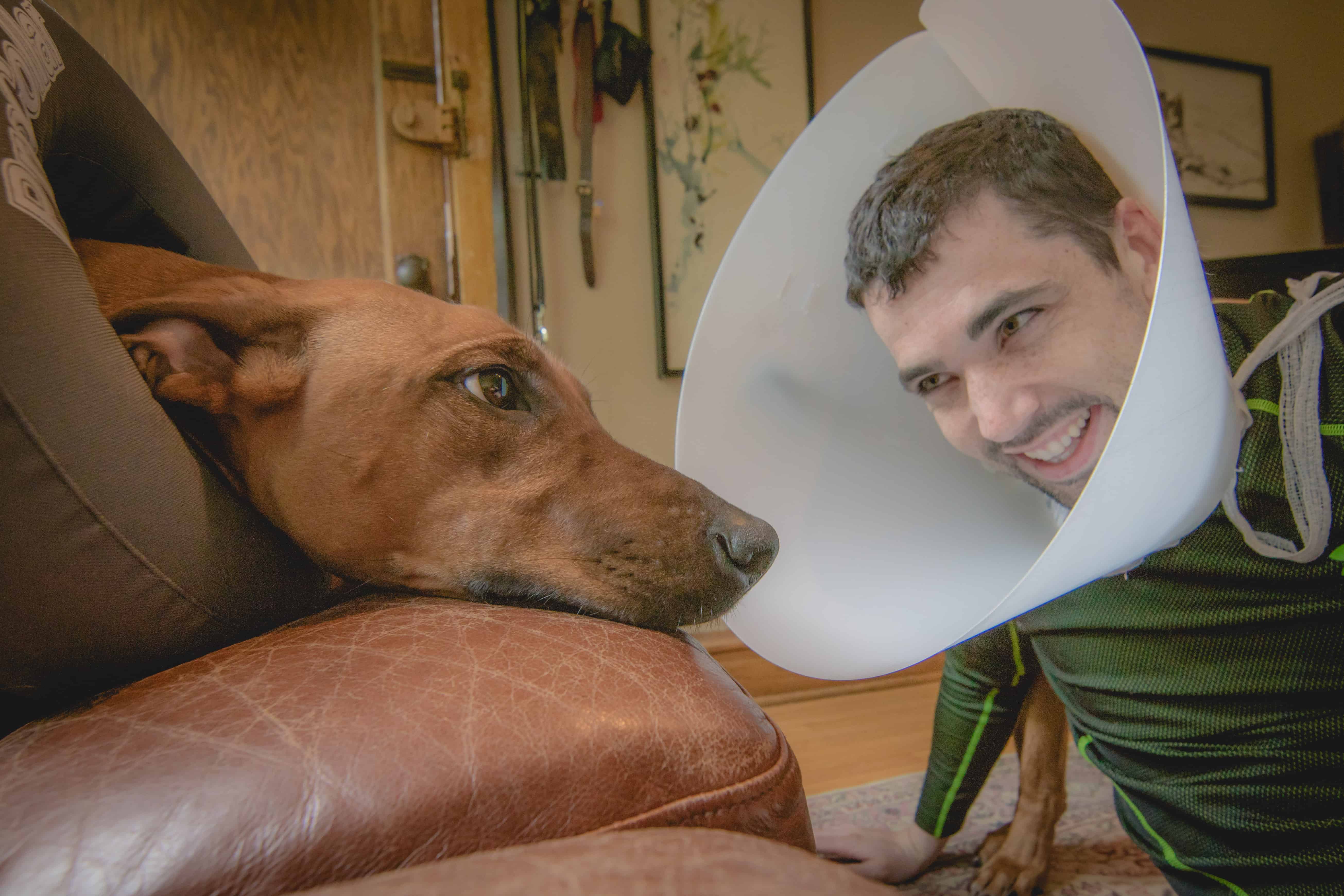 While I probably deserved staples in my head, the vet put a couple in Penny’s incision instead. I kept Penny entertained with a comedy routine, which she loved. But maybe that had something to do with the high dose pain medication 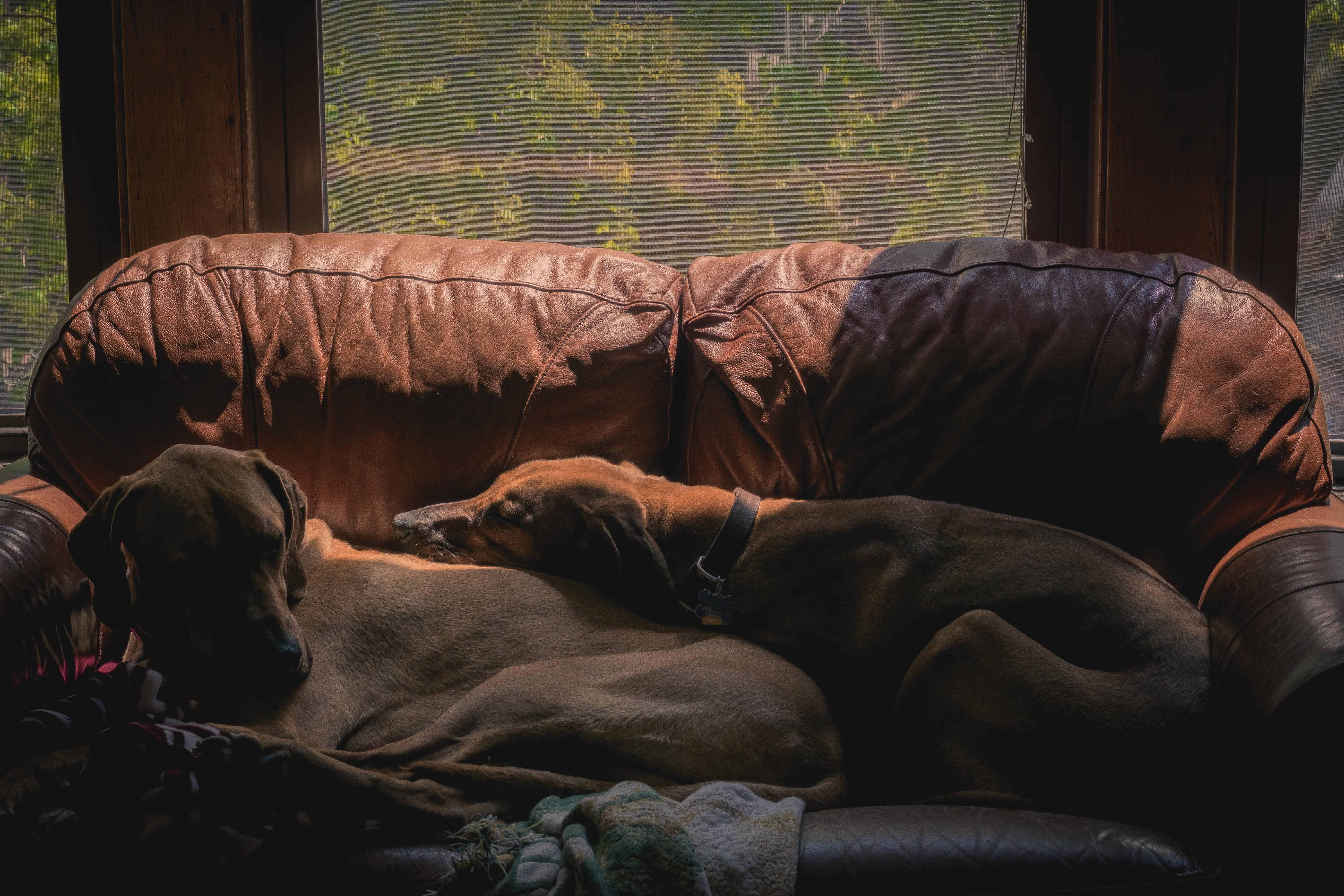 Over the weekend Penny recovered her strength via solar charging 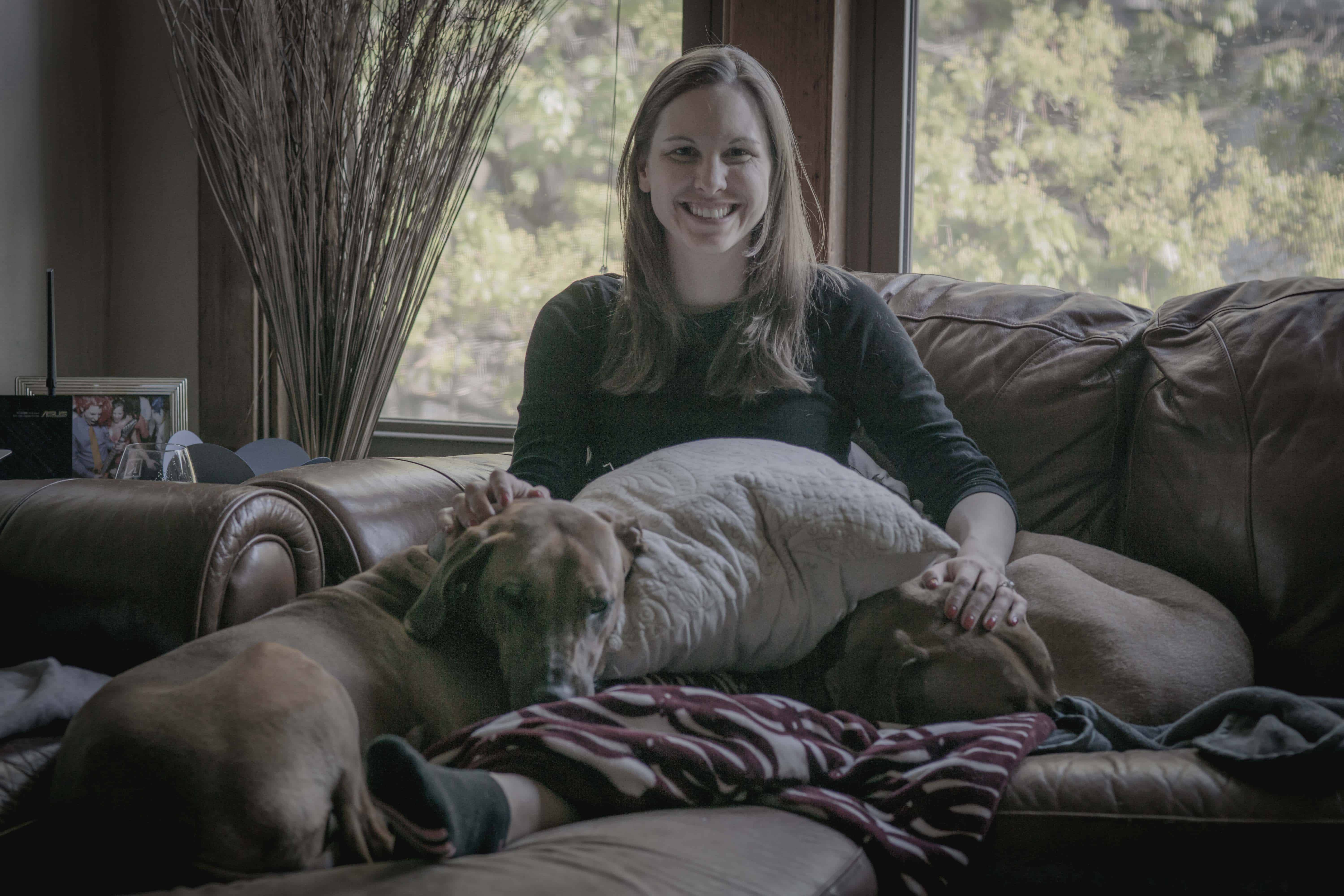 And plenty of well-earned cuddle time

“Penny-eyes” is a phenomenon which occurs when her batteries are overcharged and she needs to romp at full speed. 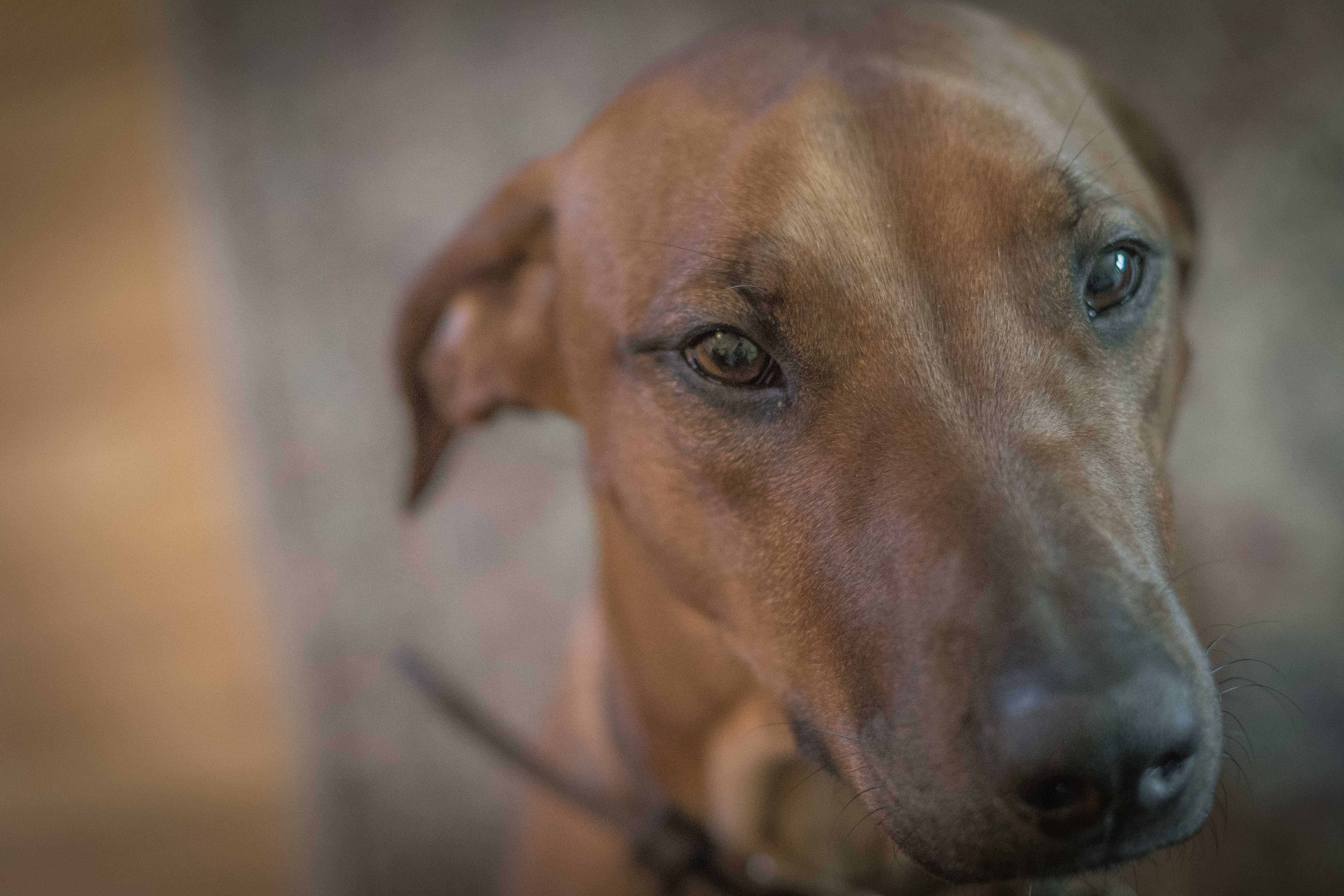 “Penny-eyes” are sharp, mischievous and often paired with an energetic ear wiggle 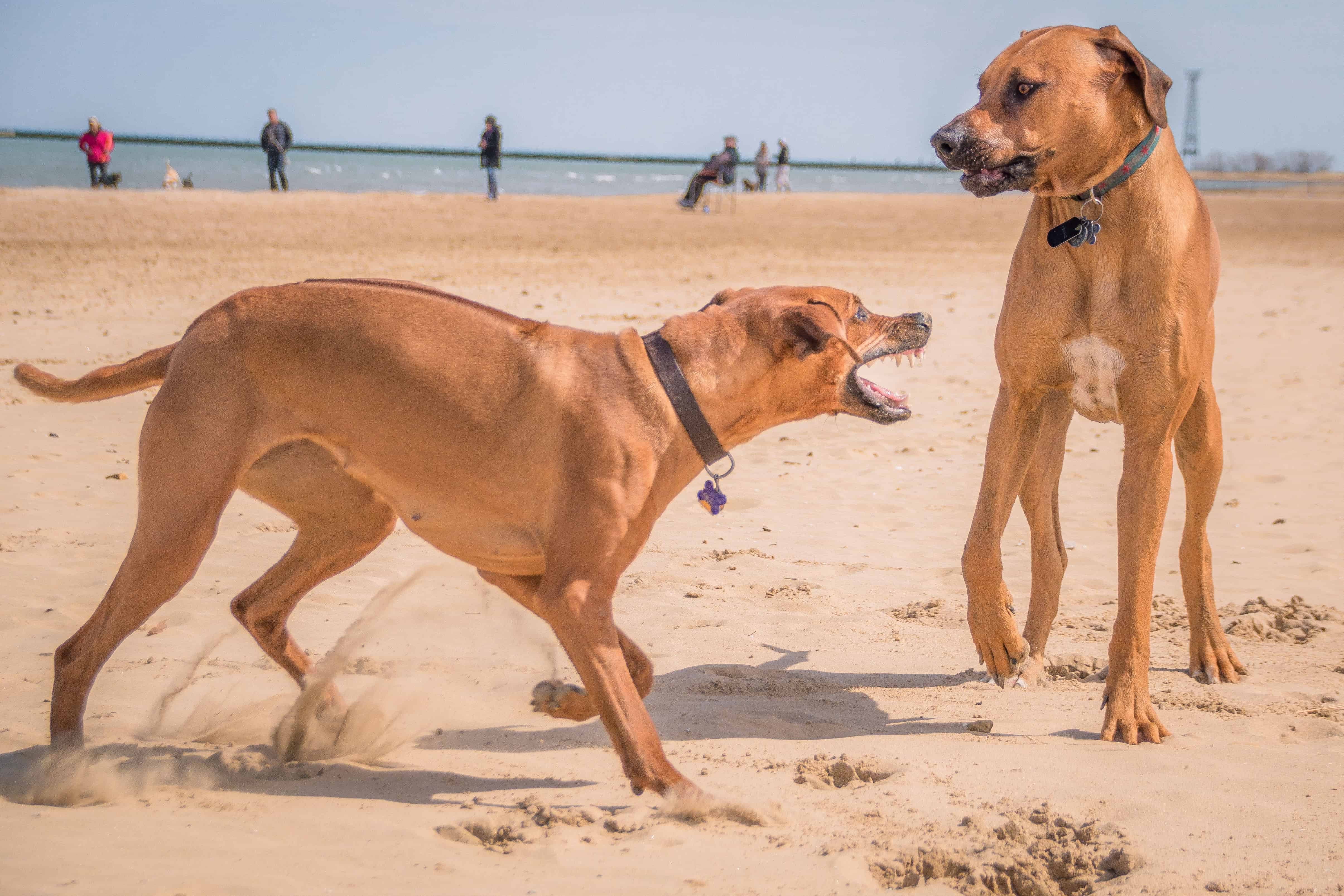 Even other dogs recognize “Penny-eyes.” That’s why Penny’s pal Tripp is giving her the “Hey Penny, why don’t we talk about this” look in this old photo

I’m giving Penny plenty of walks, but it’s kind of like telling a NASCAR driver they can only drive up and down your driveway. Sure they can do it, but they won’t be happy about it.

To split the difference, today I started to give Penny some off-leash time on my back patio. I now have to act as the zoomie-police and quickly step in when she tries to rev up and sprint. 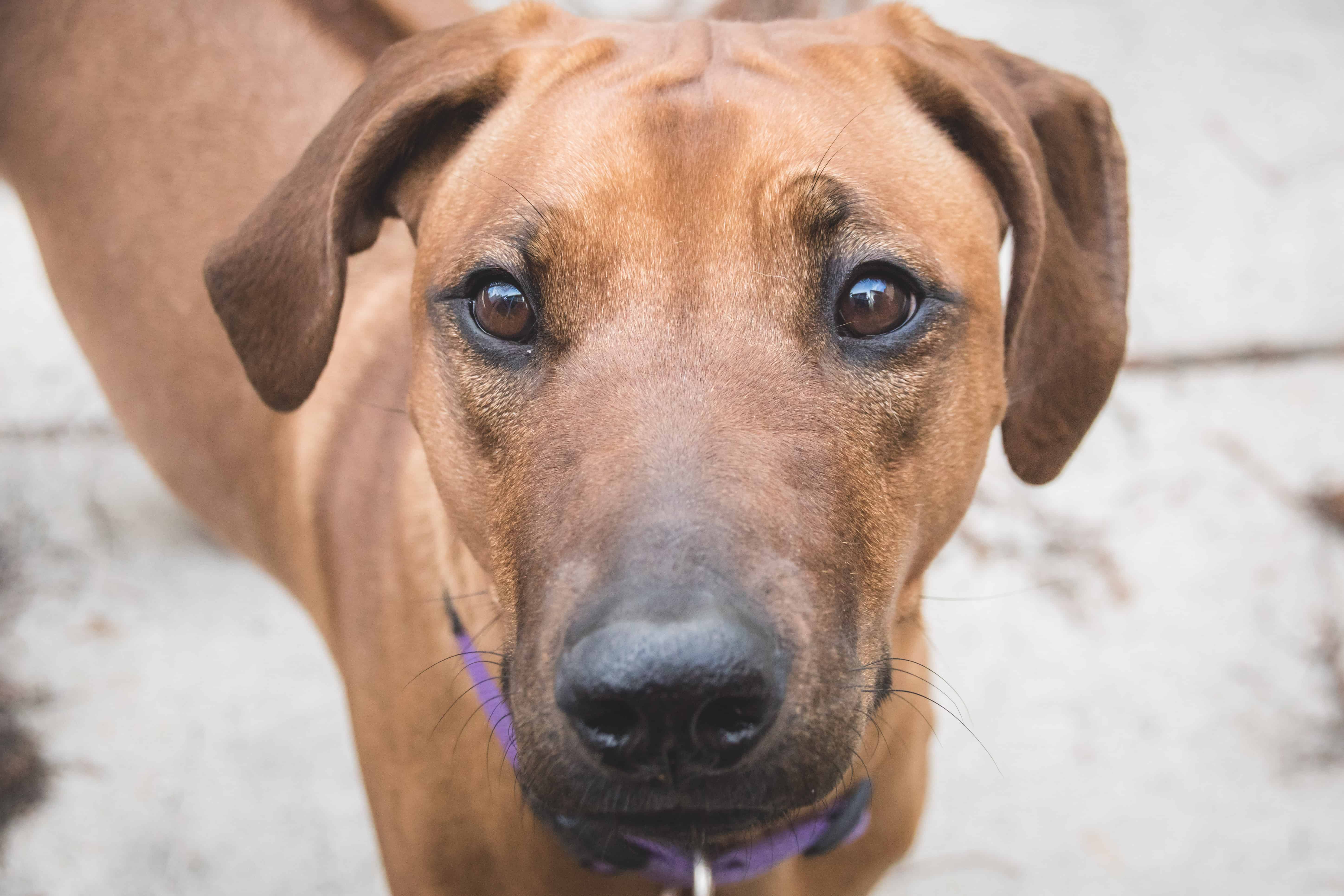 Supercharged and ready to romp

One week in, and I’m happy to report Penny is back at full-steam. Unfortunately, she’s not allowed to go full steam ahead for another seven days. Week Two could get interesting!

Previous Post What’s the strangest thing your pet’s asked for? Back to all posts Next Post My Dog, The Ring Bearer