I remember the first time I tried a fish stick. “Well, this is the height of what the sea has to offer me,” I thought. Who could have ever imagined there could be any seafood more delectable than the glorious fish stick?? Of course, as I grew up I quickly

I remember the first time I tried a fish stick. “Well, this is the height of what the sea has to offer me,” I thought. Who could have ever imagined there could be any seafood more delectable than the glorious fish stick?? Of course, as I grew up I quickly realized my beloved fish stick was a far cry from sushi. Recently, Penny’s undergone a similar realization. She LOVES her crate. Since she first came home it’s been her comfy, cozy and favorite retreat. But Penny’s started to sniff out the truth. 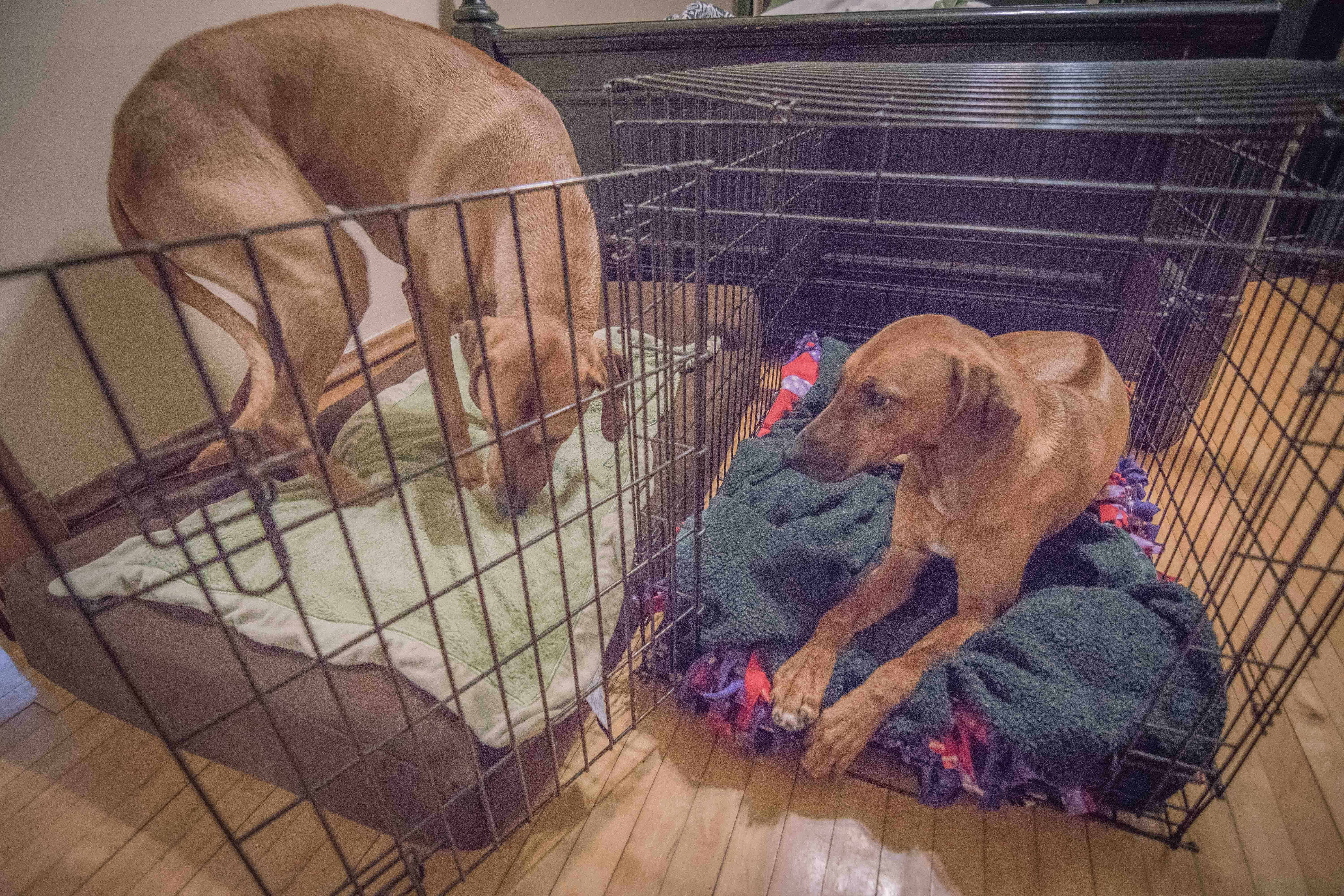 And that’s how the other night I went to bed and found Penny like this. 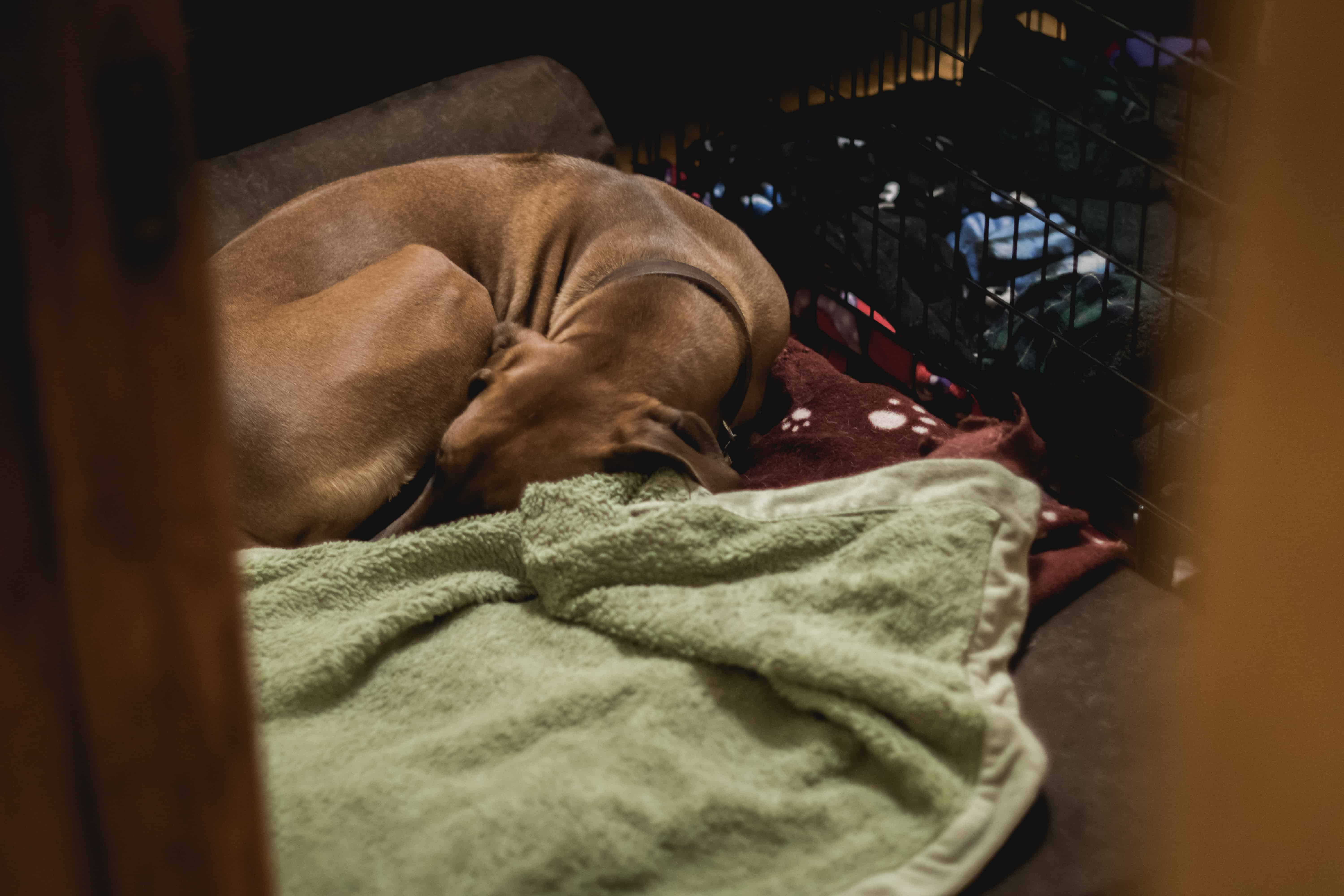 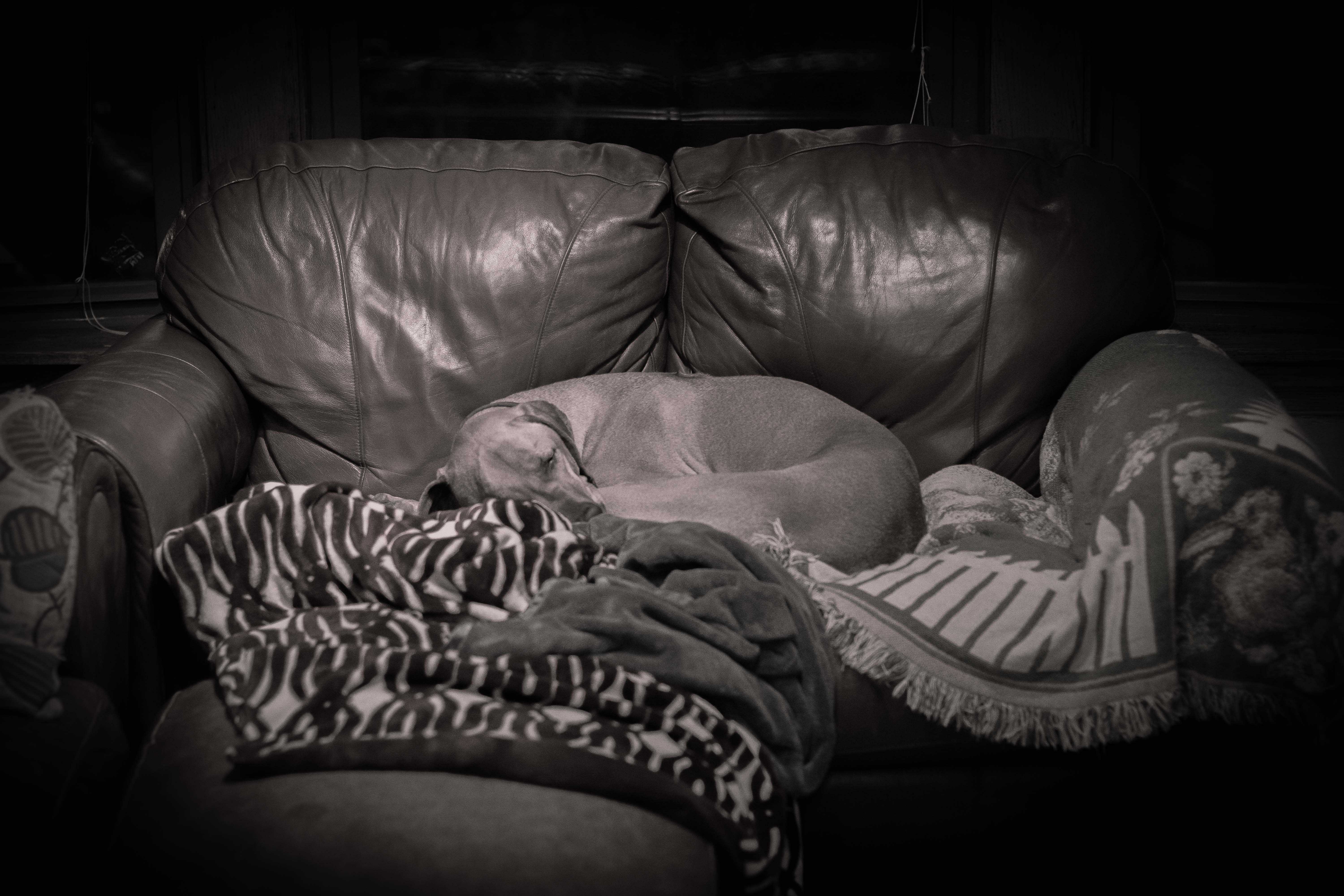 It beats trying to fight for space with Penny

Penny has made it quite clear she’s seen the light and will no longer be relegated to substandard bedding. 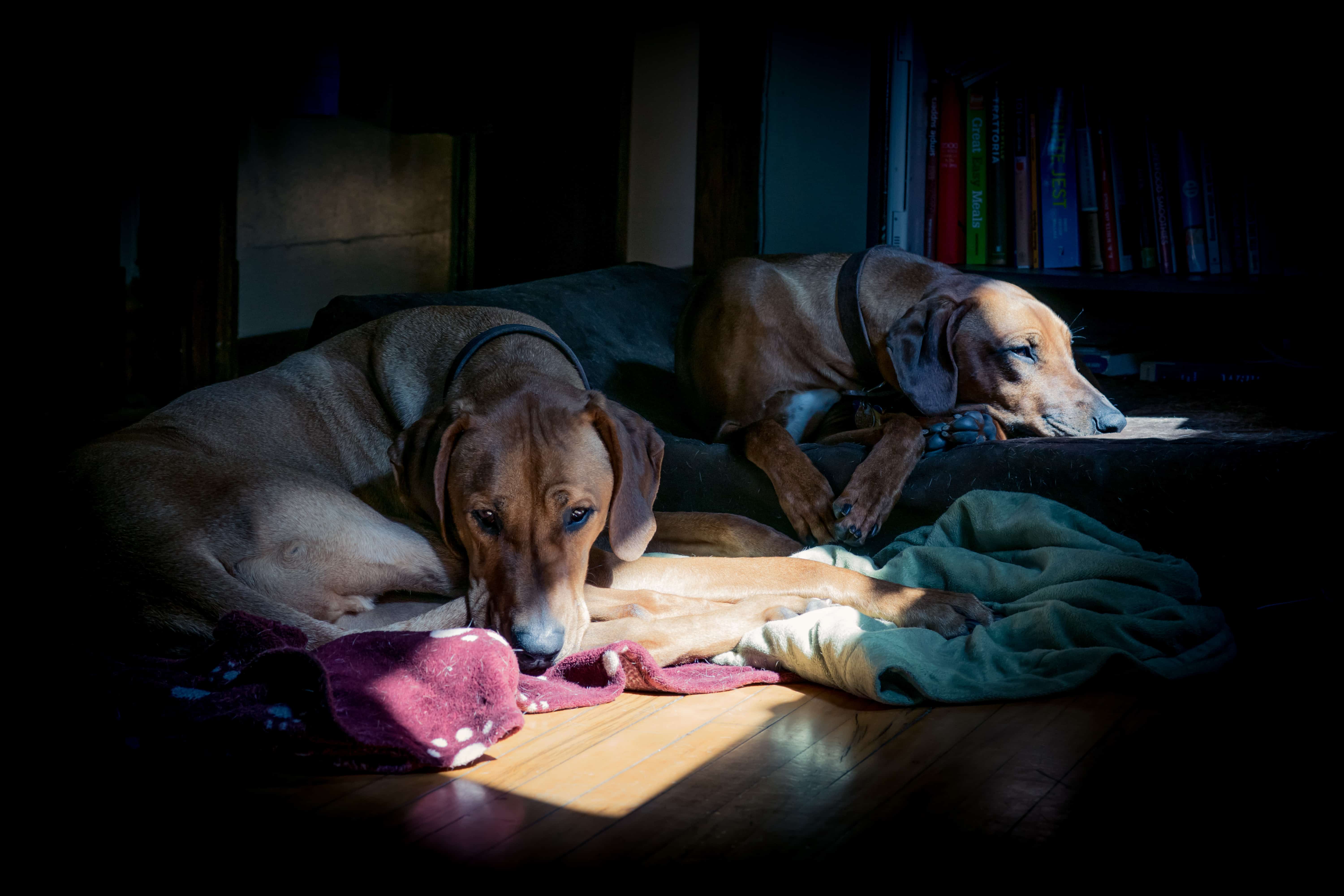 Penny’s not shy about staking her claim 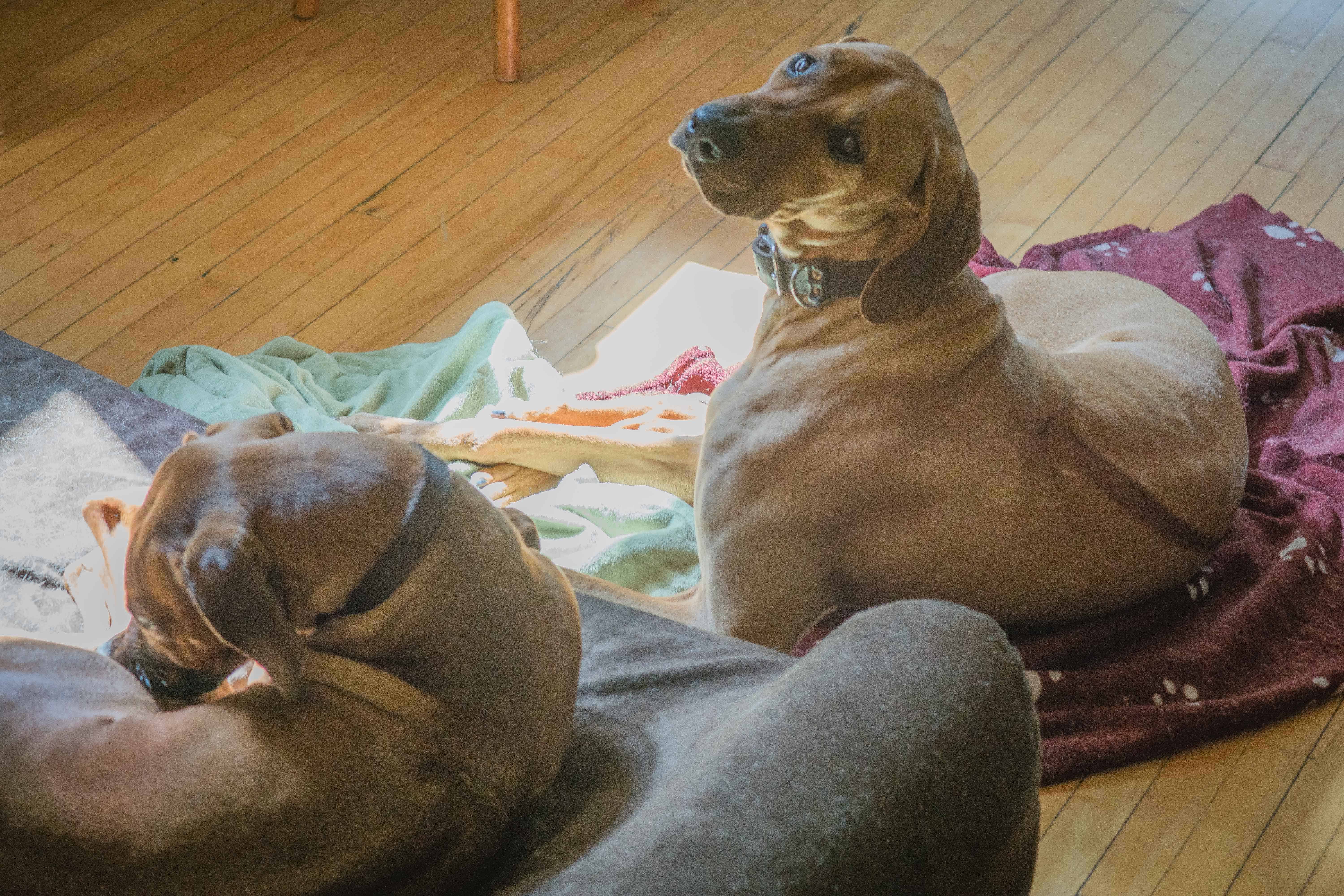 “Hey Will, how about helping a guy out here?”

Penny’s been staying out of her crate during the day with perfect behavior for the past couple months. At night I haven’t been closing the door to her crate either and she’s slept just fine. All signs said it was time to order a big-kid bed, so that’s what I did. 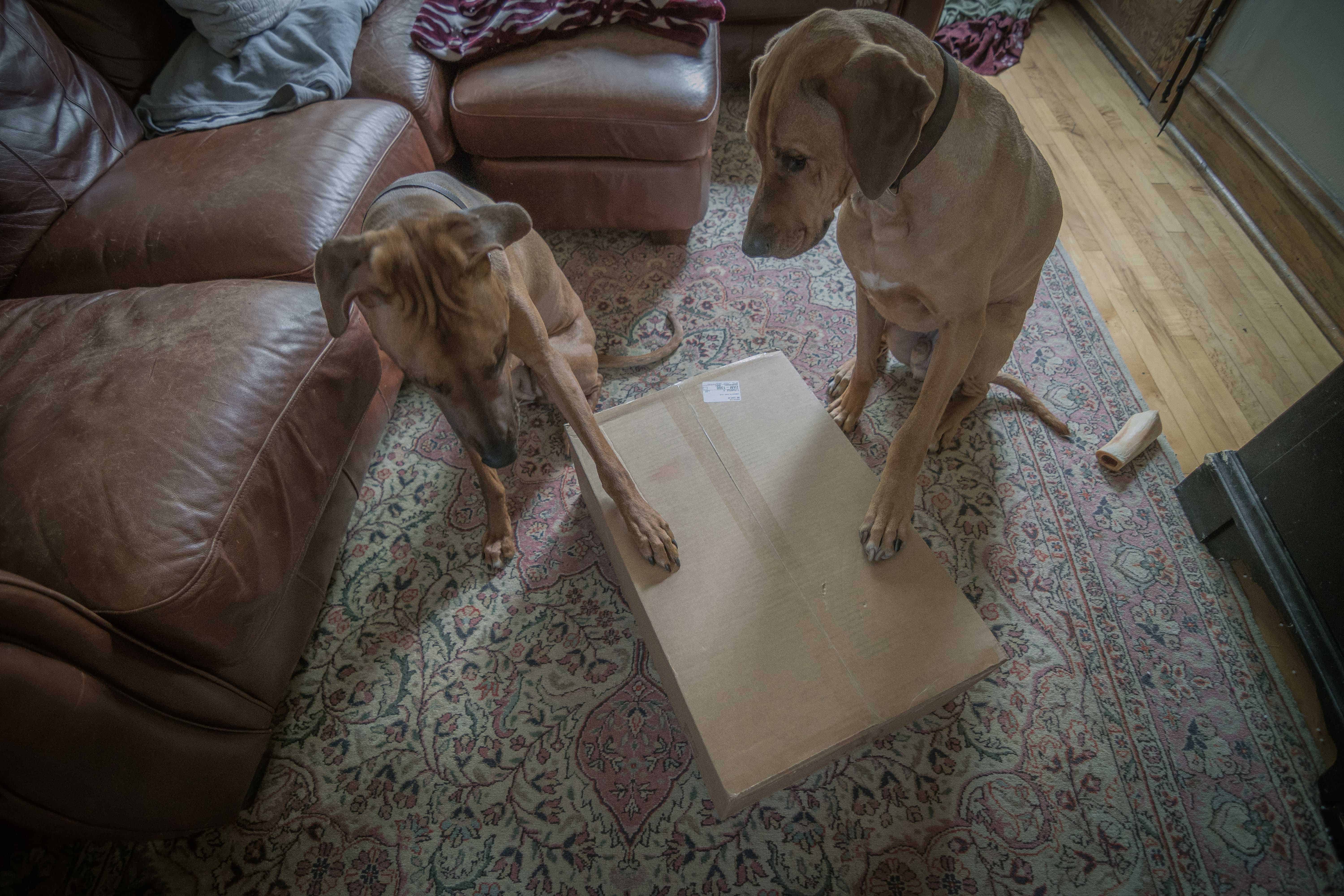 As with all packages, both pups staked their claim

I ordered a Big Barker bed for Penny, just like the one Eko has. After burning through a few $40-$50 beds with Eko I finally learned a quality bed was well worth the $150 (sale price).

Now, I’ll be the first to admit I stage plenty of silly photos for this blog with the pups wearing hats and what not. But I promise you the next photo is a candid shot of what happened after I opened the box. 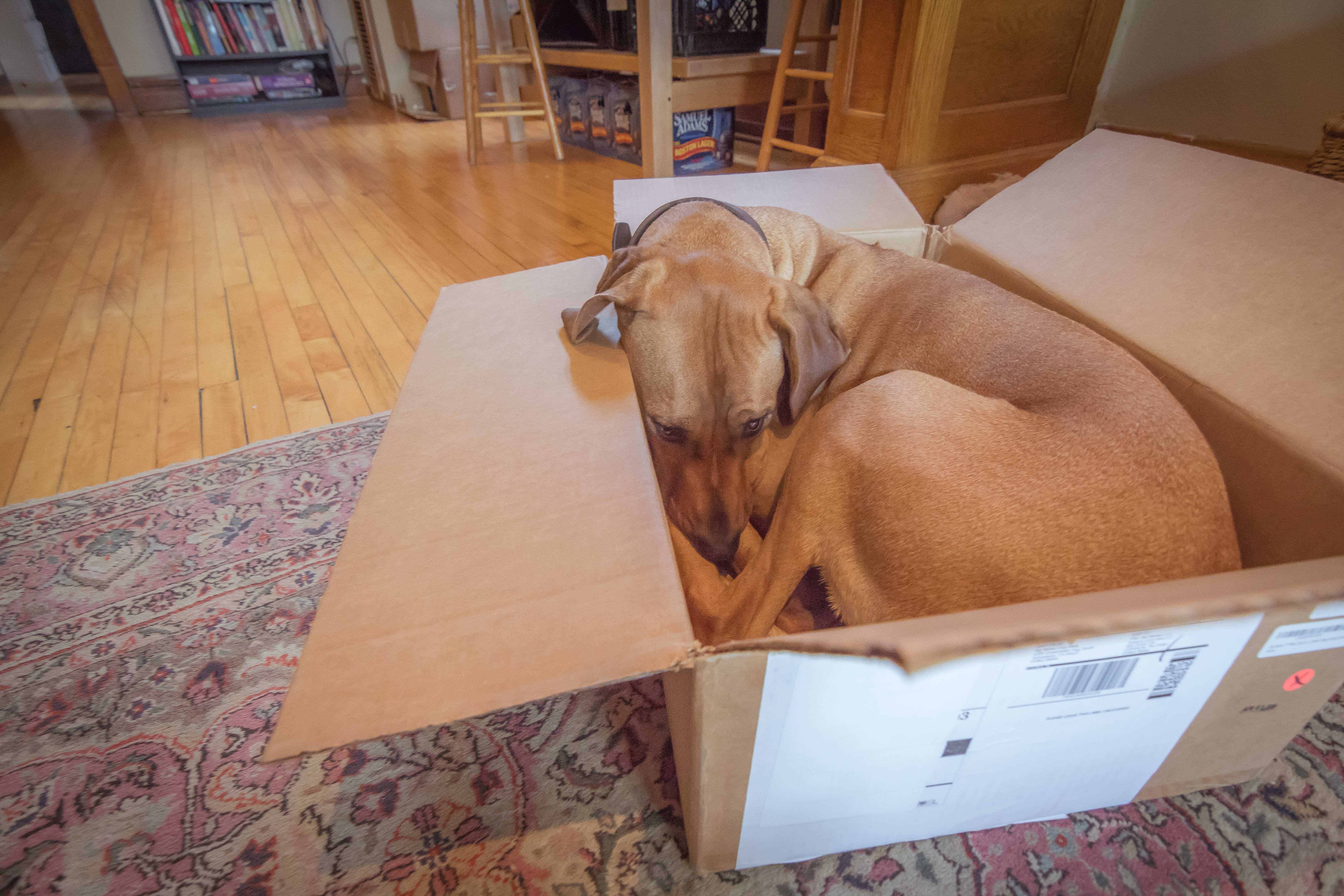 So maybe I should have spent zero dollars on Eko’s bed? 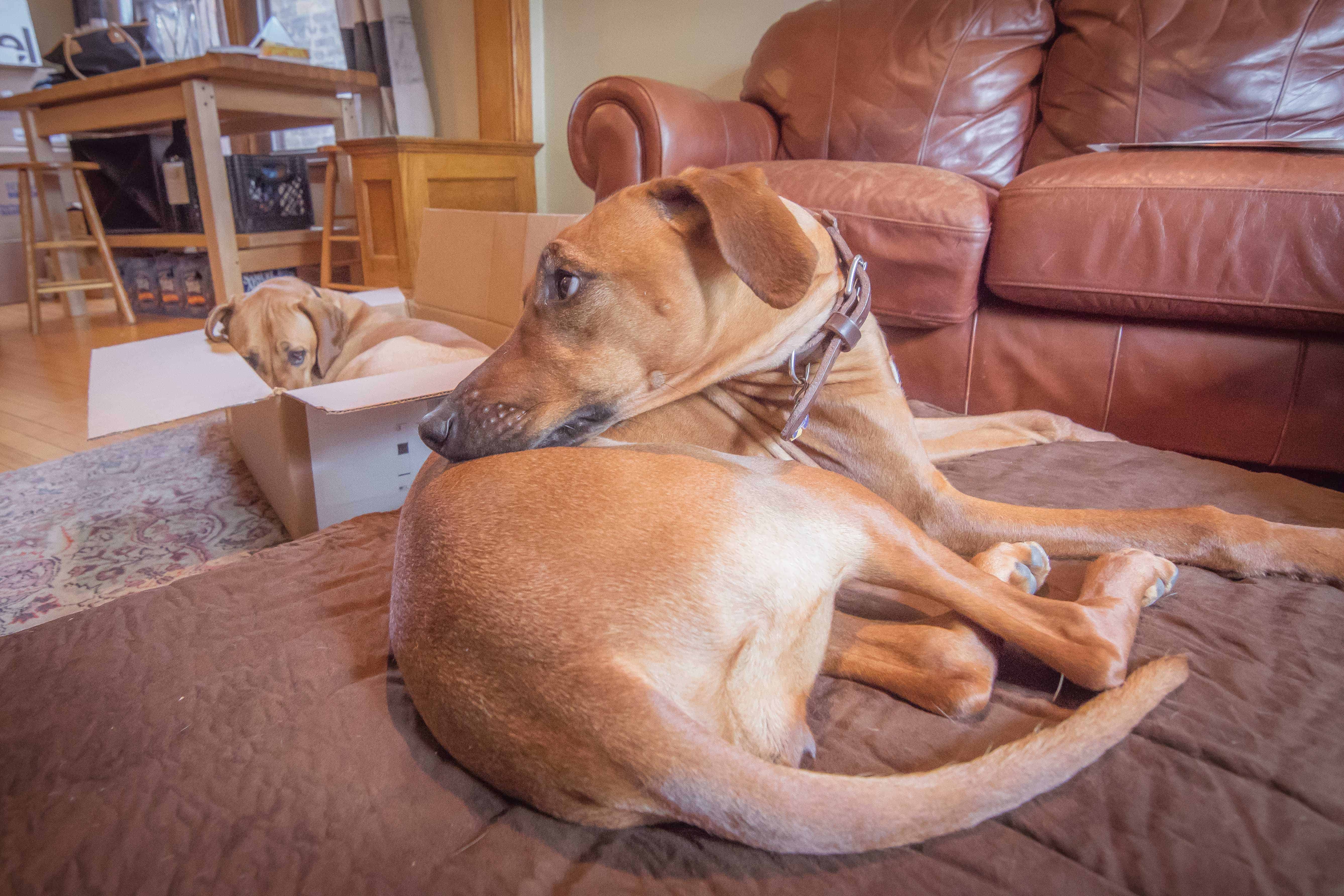 Penny on the other hand jumped right on her new digs 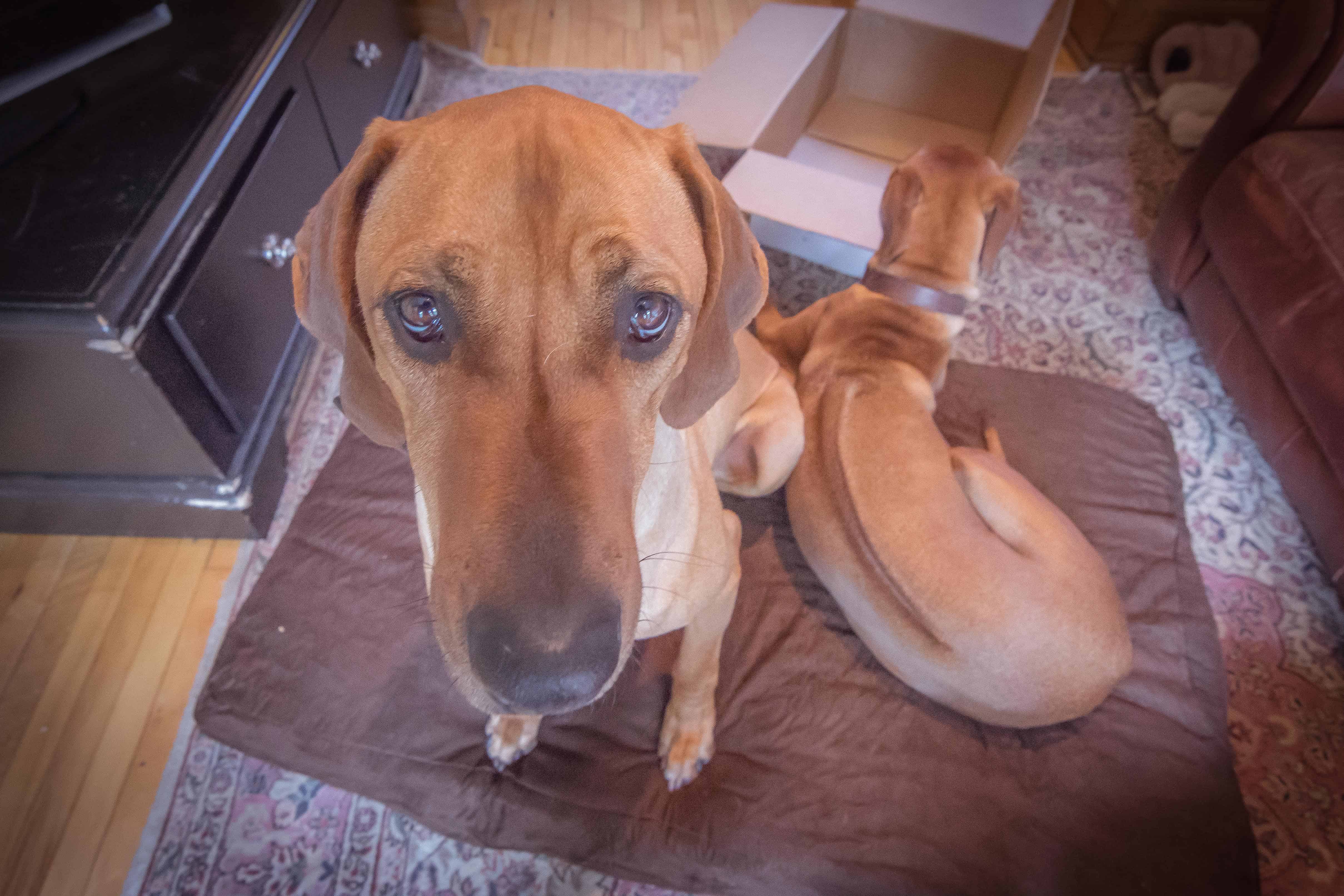 And Eko soon joined her, if only to show he could steal her stuff too 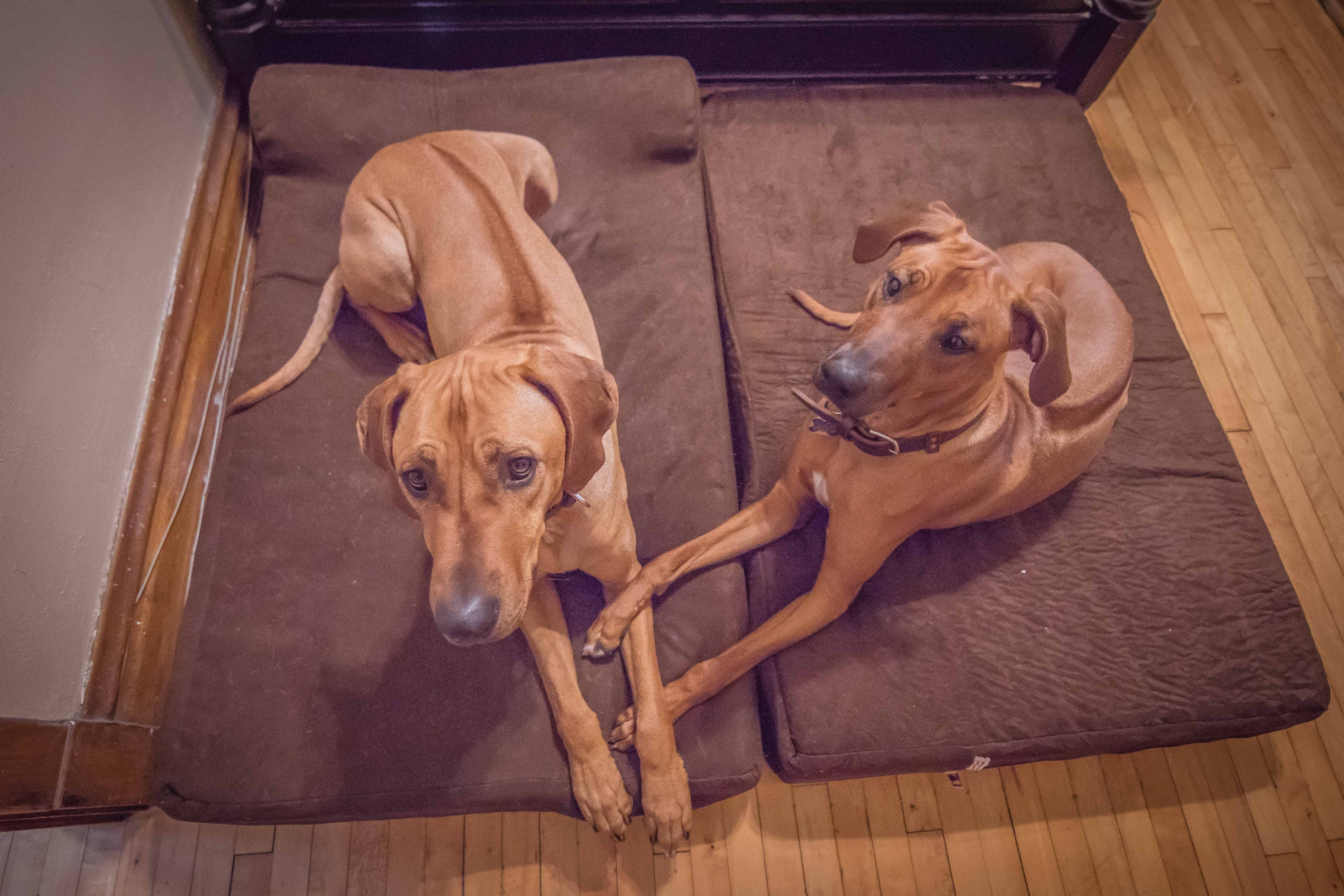 The crate is gone and we now have one superbed for both dogs. Perfect for paw-holding when Penny gets scared at night!

The first night of MEGABED was a resounding success. As an added bonus, Emily says there’s just enough room for one more if I ever get in trouble. She’s kidding. I think.