Teach Your Dog A Trick They Already Know

A while back I tried to teach Eko the “bow” command.  I watched a few different training videos but my sessions with Eko always ended up leaving him confused and leaving me frustrated.  I did not properly convey the goal of our training game to Eko so he rightly 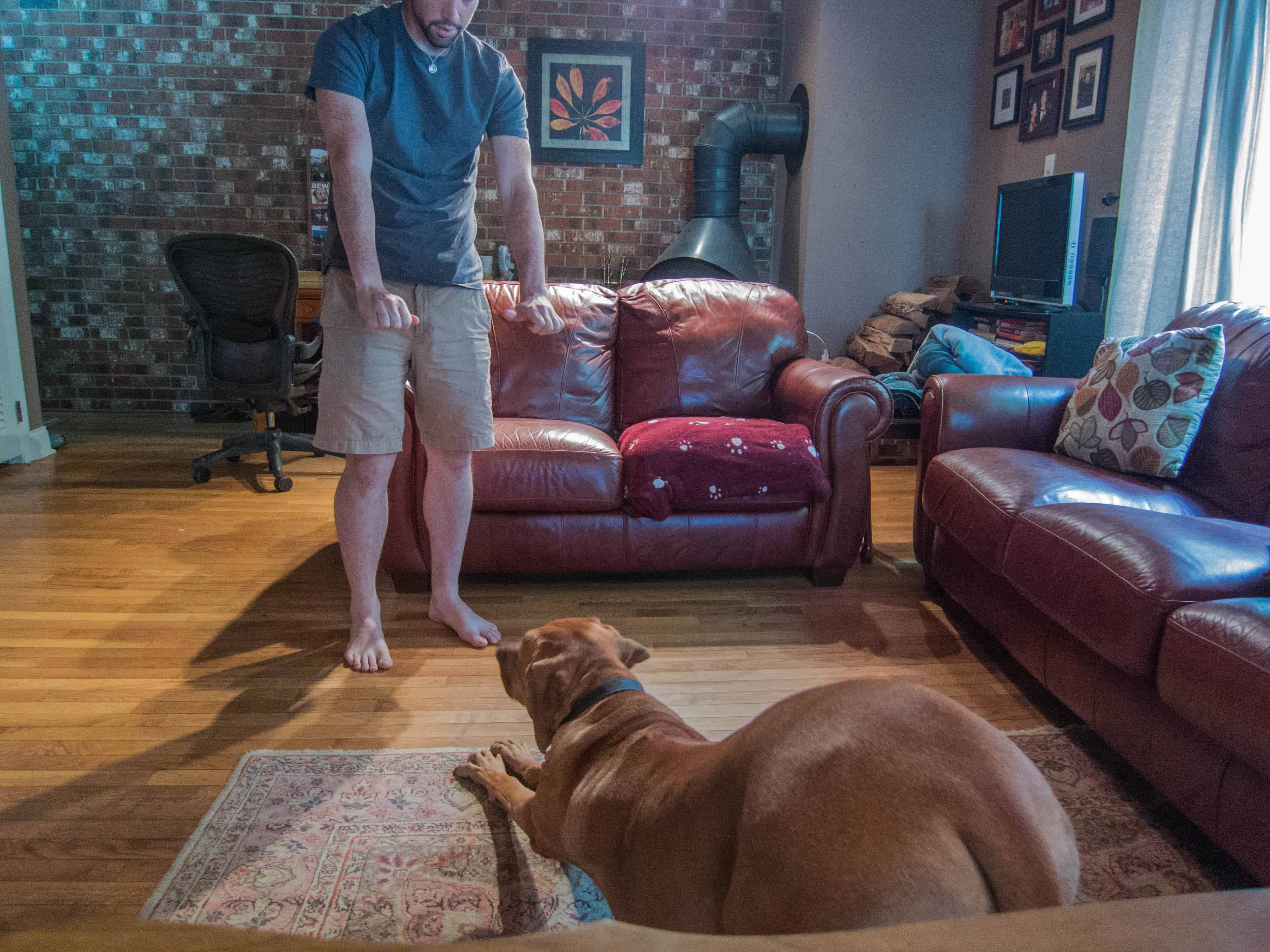 A while back I tried to teach Eko the “bow” command.  I watched a few different training videos but my sessions with Eko always ended up leaving him confused and leaving me frustrated.  I did not properly convey the goal of our training game to Eko so he rightly was unsure of what I wanted him to do.

However, I recently realized that Eko bows all the time on his own.  He does it when he stretches and he also does it when initiating playtime.  So I stopped trying to teach Eko what I wanted and instead started rewarding him whenever he unknowingly did what I wanted. We started with stretching.  When I knew Eko would stretch I jumped out of my chair, stood in front of him with my palms facing down and then gave him praise and treats

At first Eko had no idea what was going on but he was happy to take the treats from me. He caught on quickly though and started to come over to me to see if he could get treats by stretching out.  Eko established this positive relationship on his own and after that it was a simple matter of calibration. A full “down” earned a reassuring tone but no treats or encouragement. And he nailed it!  I went wild and gave Eko a whole bunch of training treats.  He knew he had figured it out

Well done, Eko. Take a bow. And a treat, of course

Eko had the answer the whole time – as usual, I was the problem!  This experience was a fun way for me to learn about a different approach to training.  Now it’s time to see if I can think of anything else Eko already does that I can claim credit for teaching him.

Previous Post Our Trip To The Beach Went Swimmingly Back to all posts Next Post Eko’s Hungry? Just Add Food. And Twenty Minutes.