Our Portland, Oregon adventure officially kicks off today, but our unofficial Oregon adventure began this past Friday morning.  We woke up (some of us more quickly than others) in Yreka, California and headed north. “Come on, Will,  let me get just ten more minutes!”

Our Portland, Oregon adventure officially kicks off today, but our unofficial Oregon adventure began this past Friday morning.  We woke up (some of us more quickly than others) in Yreka, California and headed north. 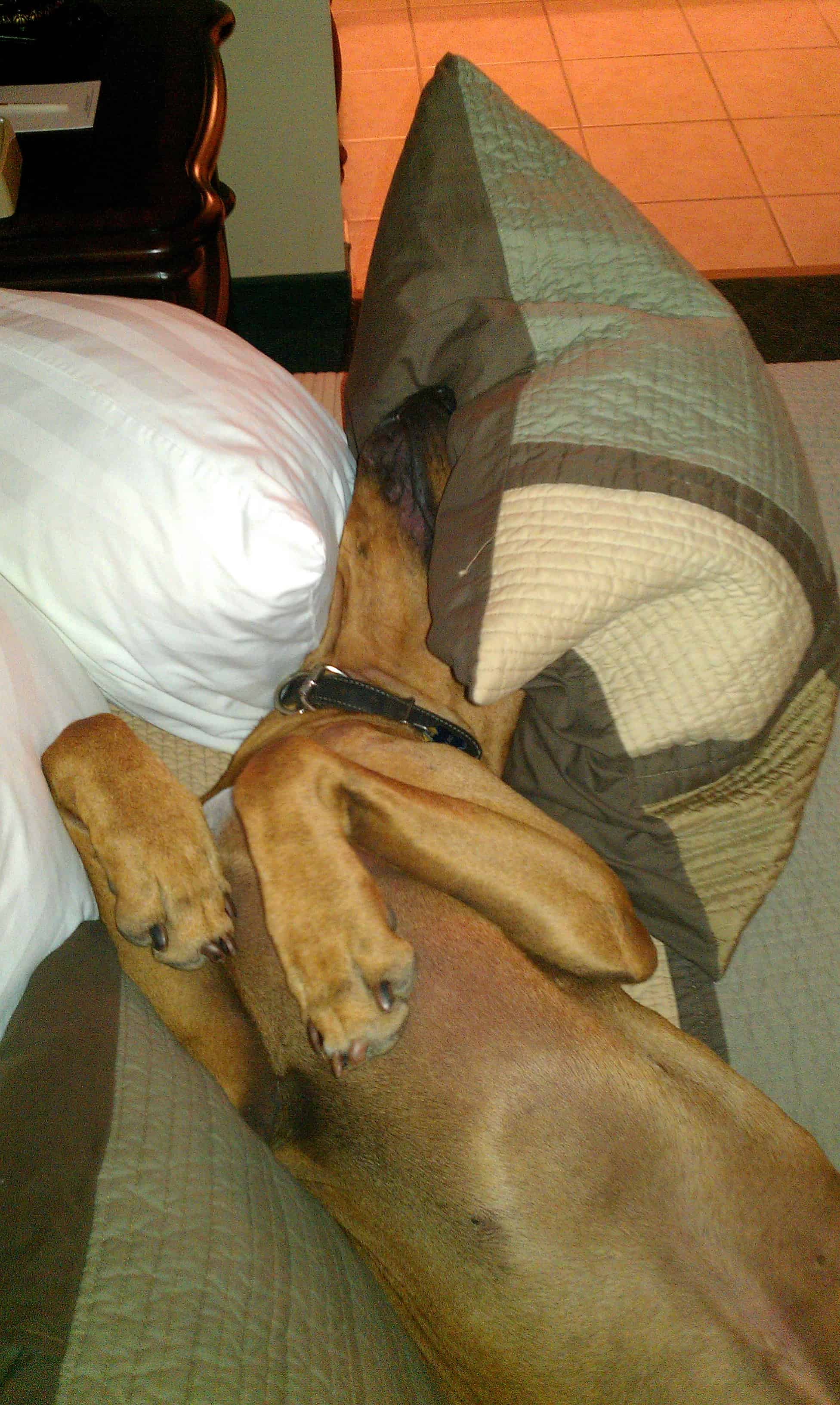 “Come on, Will,  let me get just ten more minutes!” 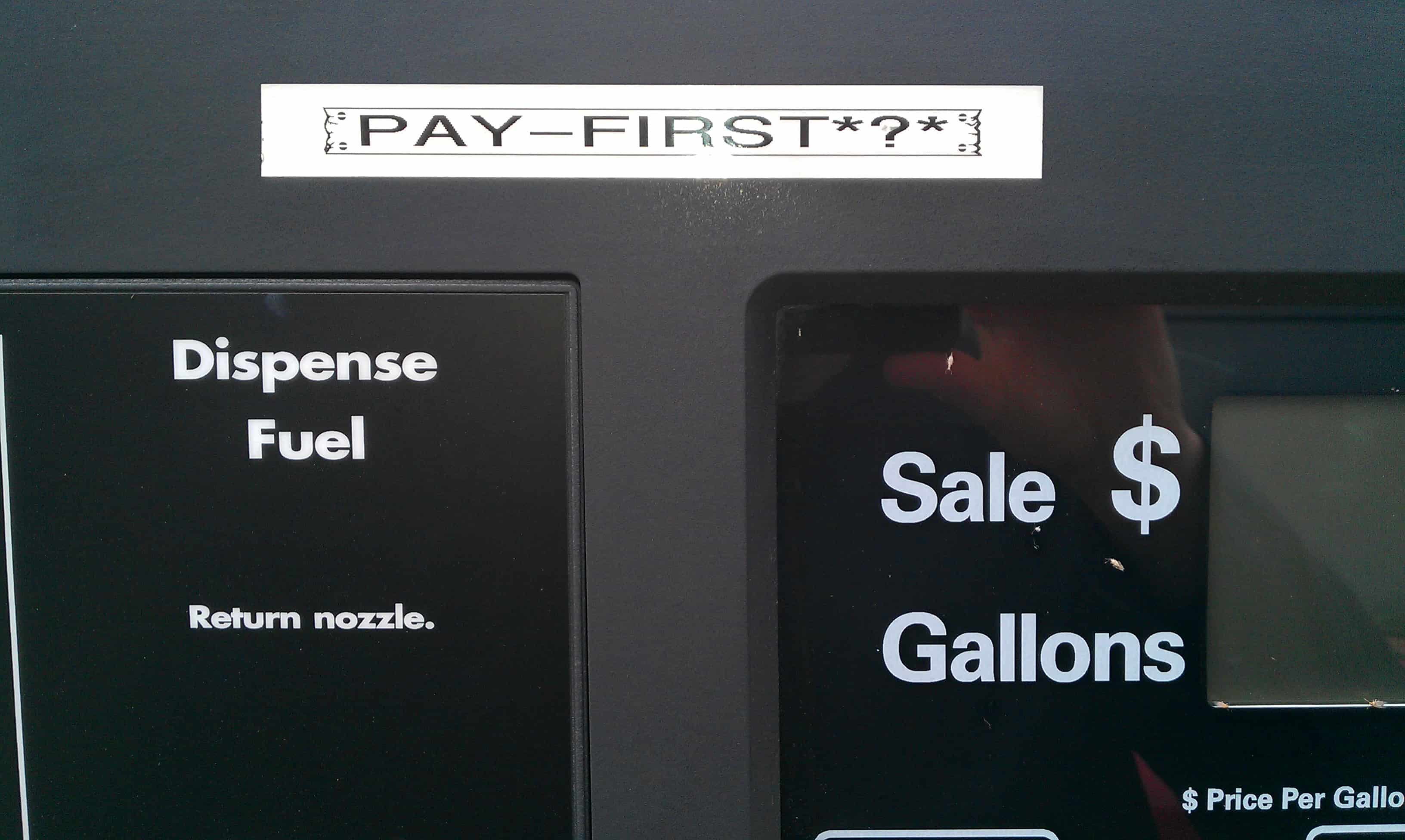 Pumping gas is usually a straight-forward operation, but one gas station in Oregon had a pump which featured this Sphinx-like riddle.  I’m still trying to figure out what the answer to that question is…

While I debated the mysteries of the “Pay-First*?*” sign, Eko signaled that he needed to make a pit/play stop to stretch his legs.  We stopped by the Medford, Oregon Dog Park – conveniently located right off the interstate – and Eko got to run wild with the locals for an hour.

On Saturday our first stop was the camera shop.  I’m hopeful they’ll be able to get the repair done by this afternoon, so keep your fingers crossed.  Next up was the vet.  It’s tough finding a good vet when you’re on the road, but as soon as we walked into the Portland Animal Hospital we saw a sign hanging up and immediately knew it was our kind of place. 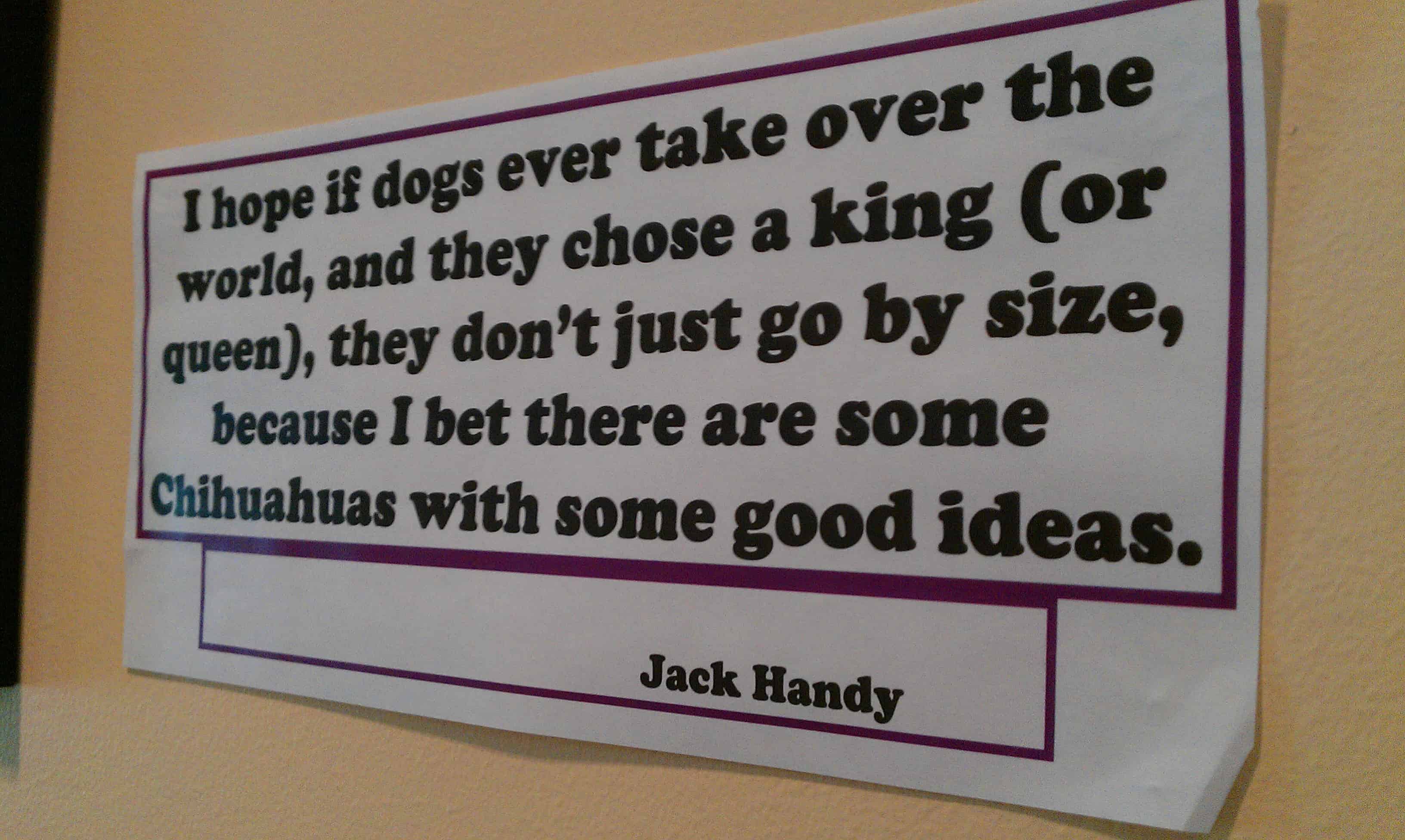 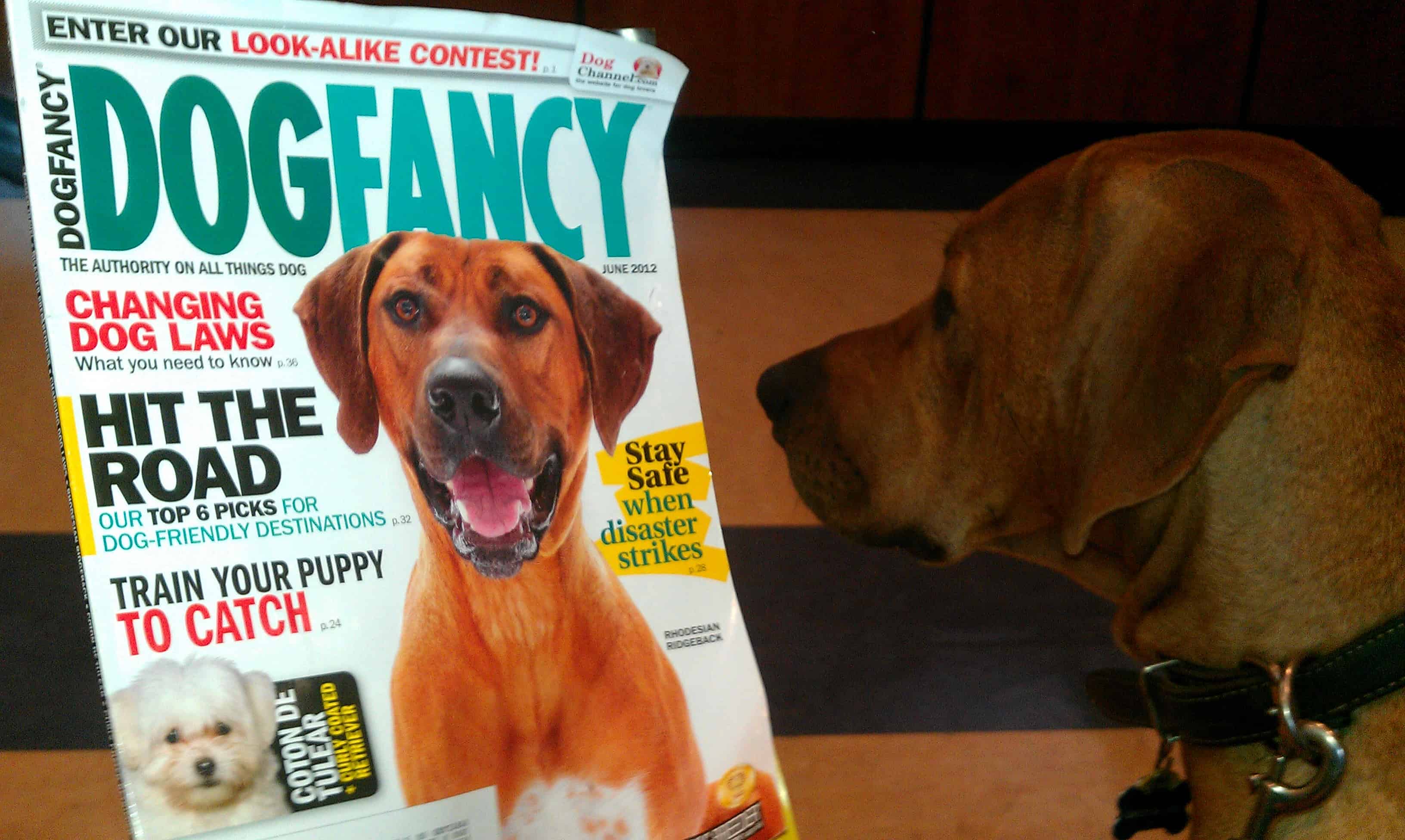 Eko said he always dreamed of being a cover model, but I told him it involved lots of baths, so now he says he needs a new dream

With a clean bill of health in hand, we went for a stroll downtown and then went back to the hotel to crash.  And for reasons still undetermined, Eko, the dog who hates baths, jumped into the empty tub and apparently had the time of his life…. 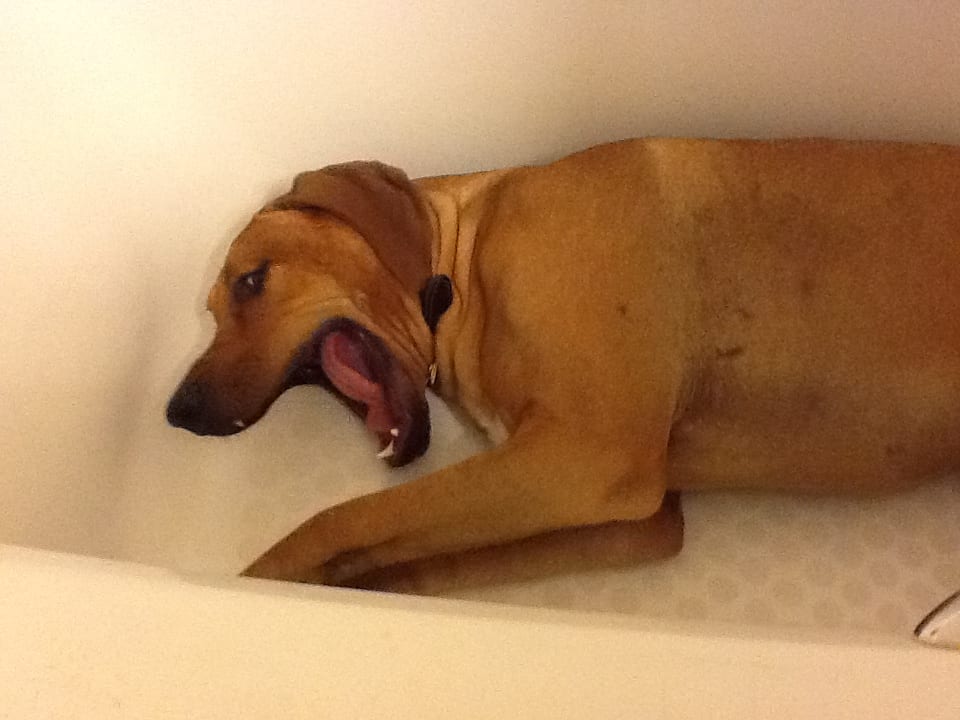 Judging by the above photo you might say, “I think being on the road for nine months has driven those two crazy,” but then you would be assuming that Eko and I weren’t nuts to begin with!

Unfortunately it looks like we’ll be dodging rain all week, but that won’t stop us from checking out some of the hikes we’ve heard about.  Luckily, Portland also has a large number of pet-friendly retailers, so we’ll have plenty of places to wait out the rain.  If you are in Portland and you and your pup don’t mind getting wet, let me know if you have a favorite park or spot where we can meet up.