A little over two years ago, Eko and I spent the week on a friend’s farm in Montana. Eko loved romping in the wide open fields and he even found a keepsake to take home. Eko discovered this big antler in the field two years ago and 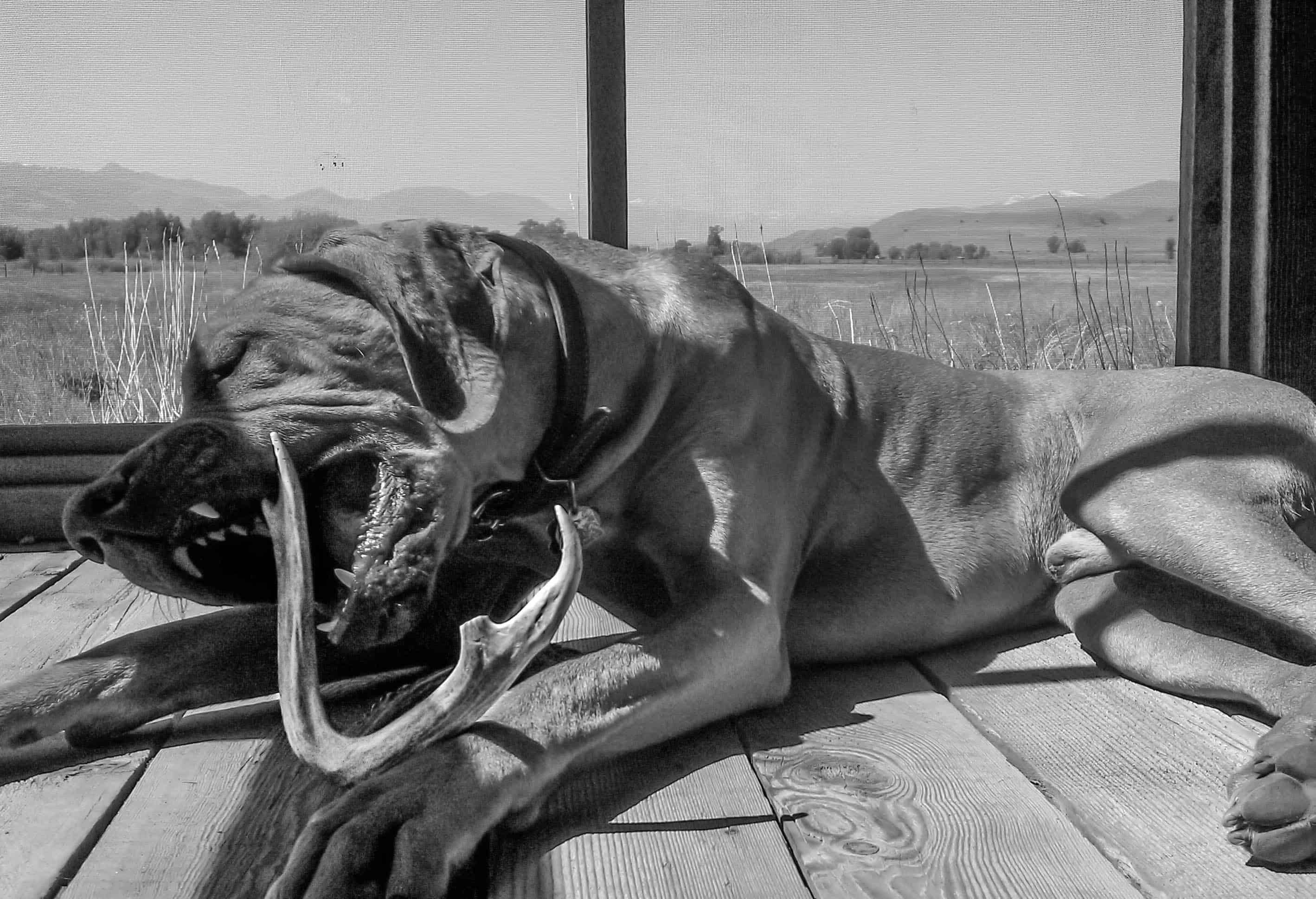 A little over two years ago, Eko and I spent the week on a friend’s farm in Montana. Eko loved romping in the wide open fields and he even found a keepsake to take home. A few weeks after discovery, the antler looked just about the same as it did when Eko found it

I remember thinking it would take Eko around 600 years to chew down that antler. But it turns out Old Eko needed far less than that. Last year I checked in, and Eko had whittled away both points Pretty impressive, but Eko had hired another employee to help with the work The team seems to work in shifts around the clock The results of dogged determination

Two years of solid interest with no smell and no mess. Like any bone, an antler could potentially cause cracked teeth in an overly-aggressive chewer, but if your pup is good with bones I highly recommend you try out an antler. It’s held Eko and Penny’s interest much longer than anything else I’ve bought for them.

Speaking of which, I’ve said it before and I’ll say it again – the antler is the best dog toy I never bought. The impending problem is this antler is almost all gone so I’ll have to pony up for a new one. Unfortunately Eko can’t pick his next antler au naturale in Chicago. Does anyone have a favorite type/brand of antler they buy?

Previous Post [VIDEO] Elections have gone to the dogs Back to all posts Next Post When does a pet become who they are?

Comments for The Disappearing Antler