The Fearless Faces Of Small Dogs 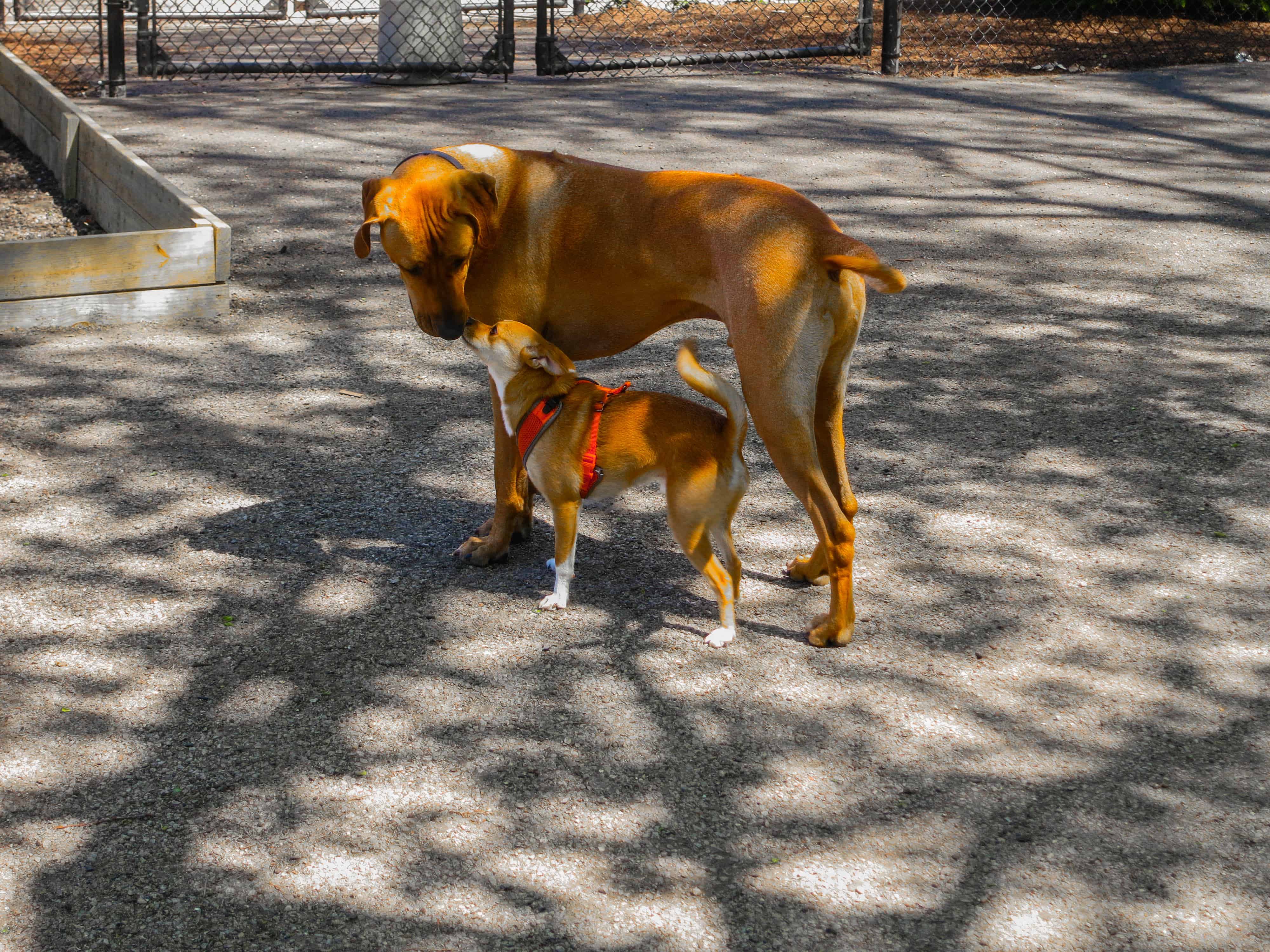 I would probably pass on playing basketball with a guy who could stand over me, but small dogs seem to be fearless in the face of overwhelming odds

There is no research whatsoever to back this claim up, but I swear that the smaller a dog actually is, the bigger it thinks it is.  That’s convenient for us, because Eko loves playing with small dogs.  I used to worry about it, but I quickly learned that the small pups are often more game than bigger dogs. 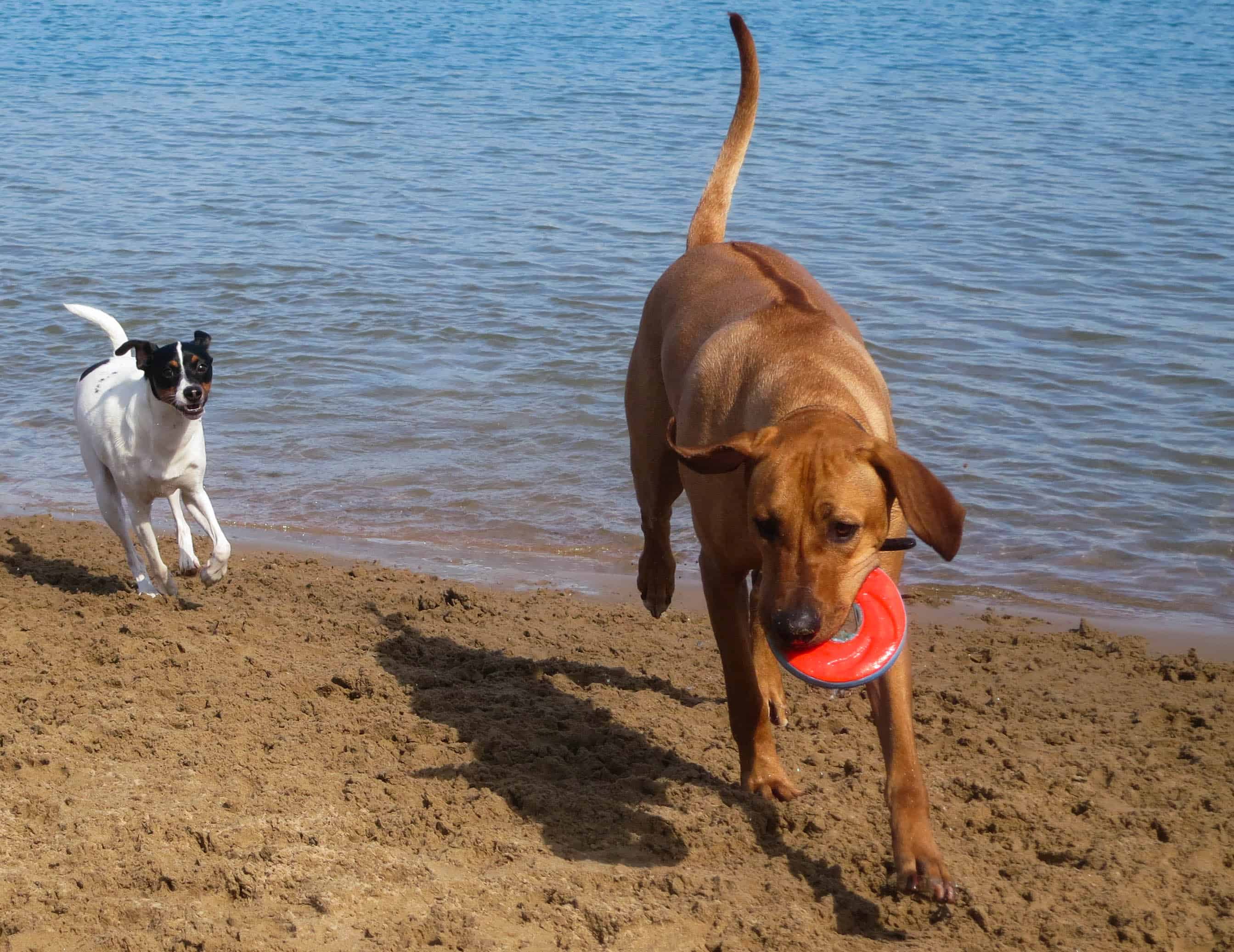 Chasing a thief seven times your size is generally ill advised, but this dog was undeterred 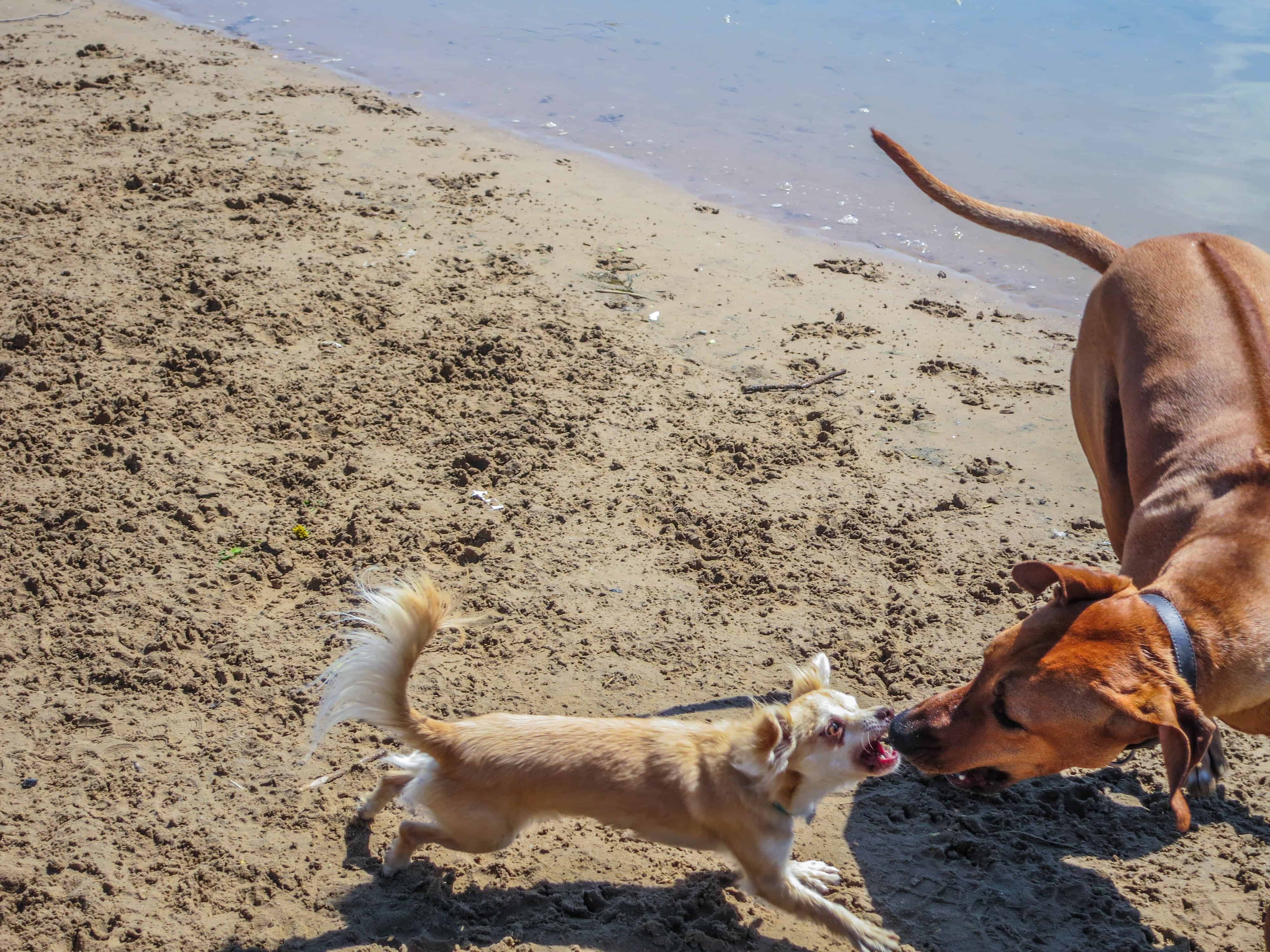 That’s no squirrel – that’s just one brave pup showing that he can dish it out!

Possibly my favorite little-dog encounter happened the other day in the park.  Eko was lazily trotting around when I saw a little blur come out of nowhere to pounce on him.  Right before my fits of laughter made the camera too shaky to take a decent photo, I managed to get this shot. 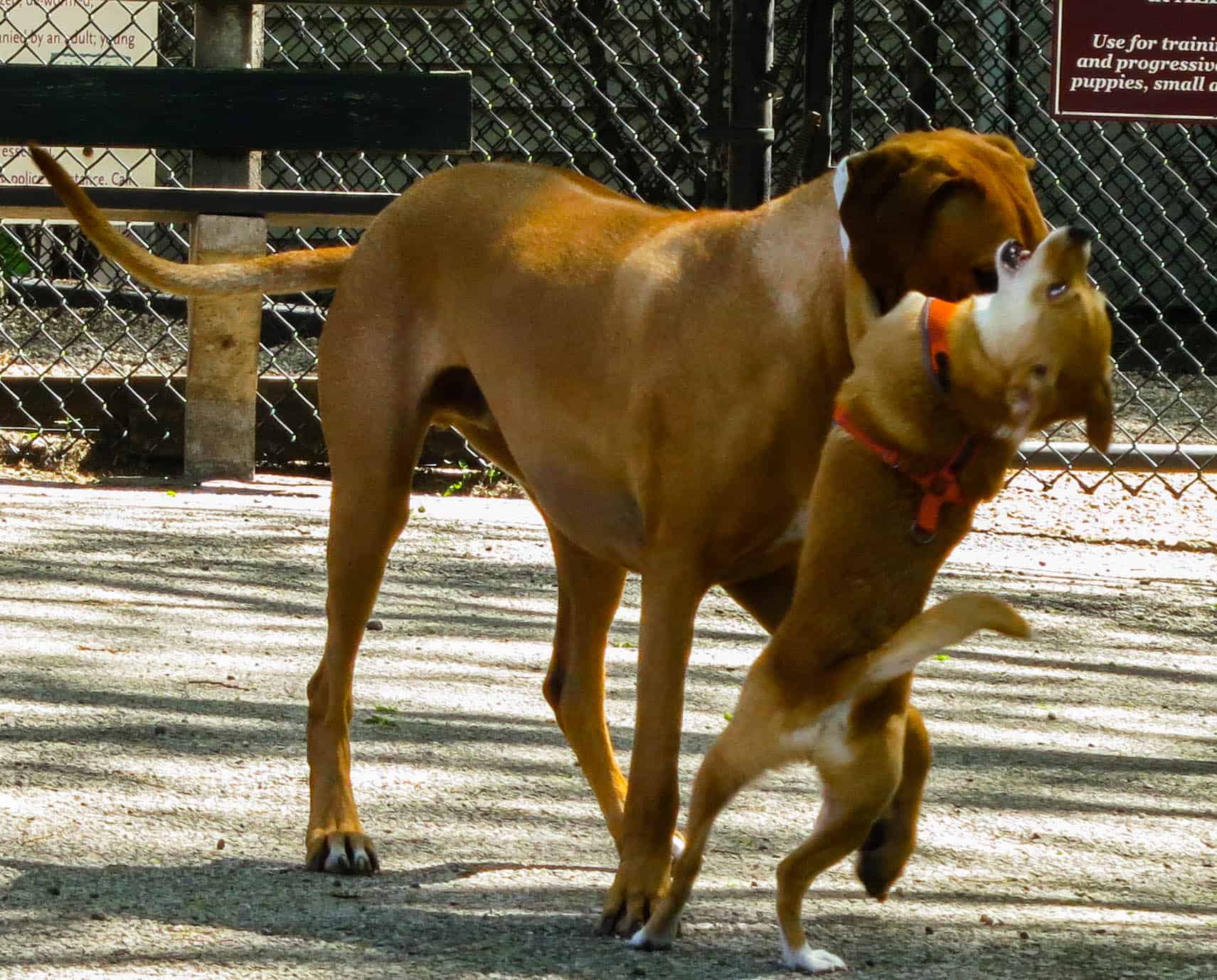 Your classic David vs Goliath

While the above battles may appear fierce, they are always good natured romps.  And in the end, Eko always leaves his new friends smiling. 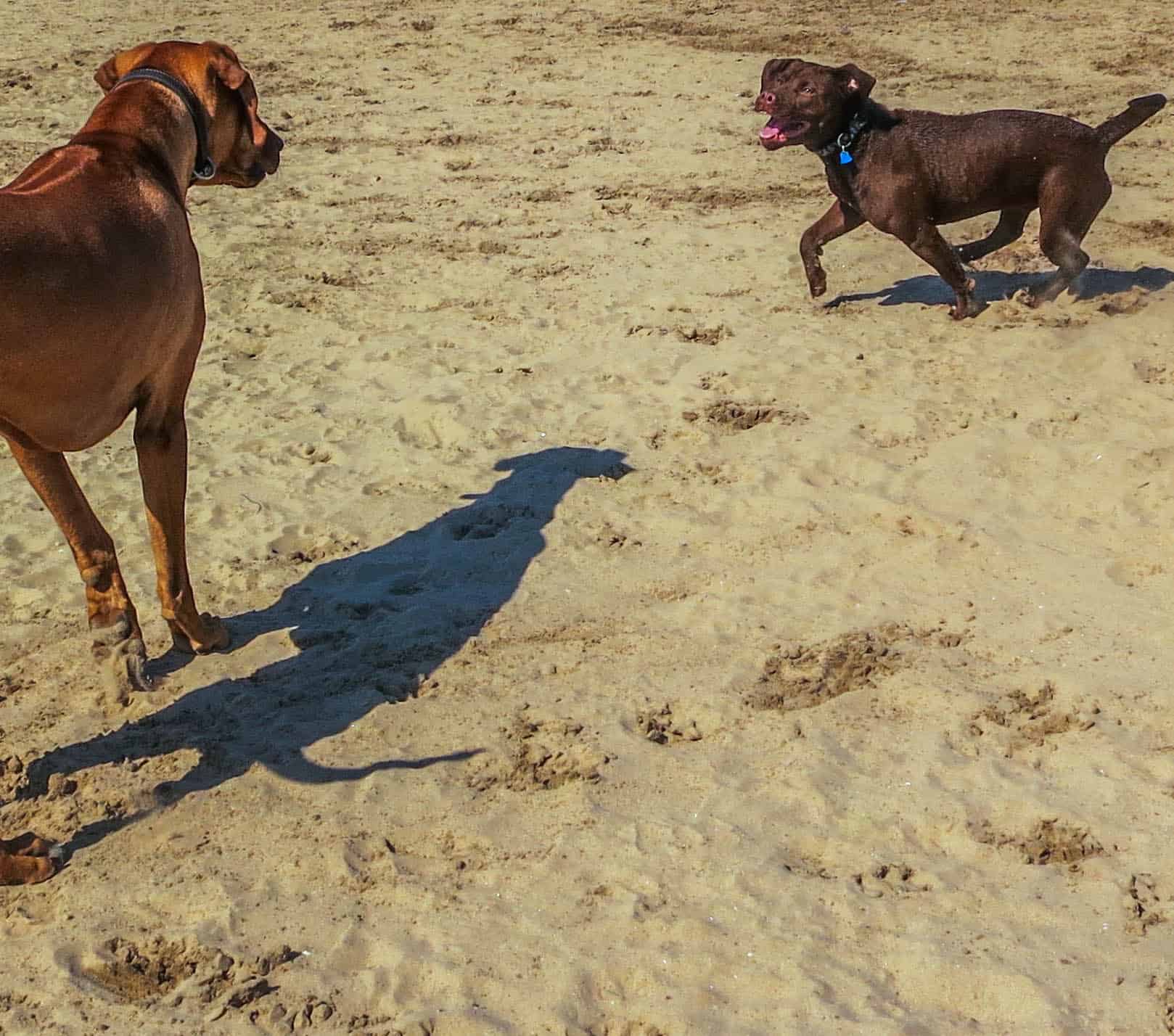 Another satisfied customer of Eko’s Playdates

Next time you are overmatched, undersized or the odds are against you, remember the little dogs – I know I will!

Previous Post Get Tomorrow’s Pet News Today! Back to all posts Next Post The Many Faces Of Our Pets

Comments for The Fearless Faces Of Small Dogs