The Girl who Cried Wolf

Around these parts we have ourselves a troublemaker who goes by the name Penny.  On a whim, Penny likes to bother Eko Eko will often ignore Penny and find a new spot to crash. Penny inevitably follows to goad Eko into wrestling Eko gives 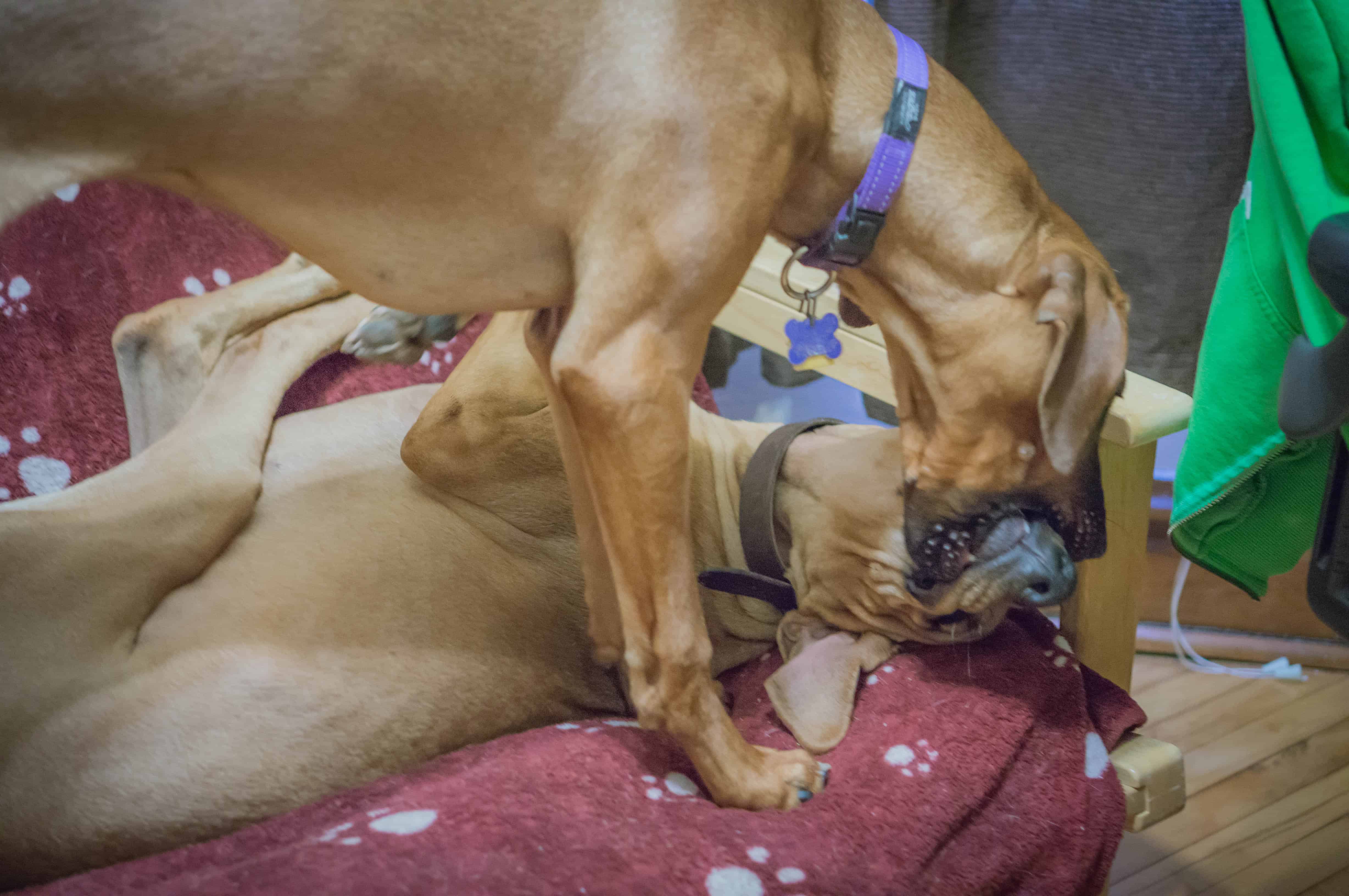 Around these parts we have ourselves a troublemaker who goes by the name Penny. On a whim, Penny likes to bother Eko Eko will often ignore Penny and find a new spot to crash. Penny inevitably follows to goad Eko into wrestling Eko gives me the, “Are you seeing this?” look as Penny pounces on him

By now I’m used to this routine and generally disregard the litany of thumping, jumping and bumping sounds that come from the living room when the pups wrestle. But every so often I hear a blood curdling scream from Penny which could raise the dead.

At first this howl had me ready to transport Penny to an emergency clinic. But your intrepid reporter did some undercover work and quickly discovered an interesting fact about Penny’s banshee yelp. She does it when she is completely fine.

The first time Penny howled I came running to save and console her.  My positive reinforcement encouraged the behavior, even for completely benign situations. When I stopped showing up at the howl, Penny brought the howl to me as a way to tattle on Eko. Penny: And then he bit me like this and I was so scared…

Eko: I did no such thing! The jig is up for my little actress so now she gets no positive reinforcement for her performances. It’s also helped that Penny’s learned she isn’t the only one to know the old cry-wolf trick. Recently a few other pups have pulled it on Penny, much to her shock. Penny was shocked this little dude at the beach screeched when she hadn’t even touched him. Nothing like a taste of your own medicine

Occasionally Penny still gives a massive yep of unwarranted proportions, but I think she’s realized her acting career is coming to a close. I hope she’ll return to her true calling: dentistry. “I see you’ve been flossing”

Anyone else have a pet with a penchant for the dramatic arts?

Comments for The Girl who Cried Wolf