The Mystery Of University Park

Winter came back with a vengeance and the temperature dropped to around freezing overnight.  Our original plan was to check out all the local St. Louis parks, and since we never have back-up plans we decided to stay the course. The face of a dog resolved to

Winter came back with a vengeance and the temperature dropped to around freezing overnight.  Our original plan was to check out all the local St. Louis parks, and since we never have back-up plans we decided to stay the course. 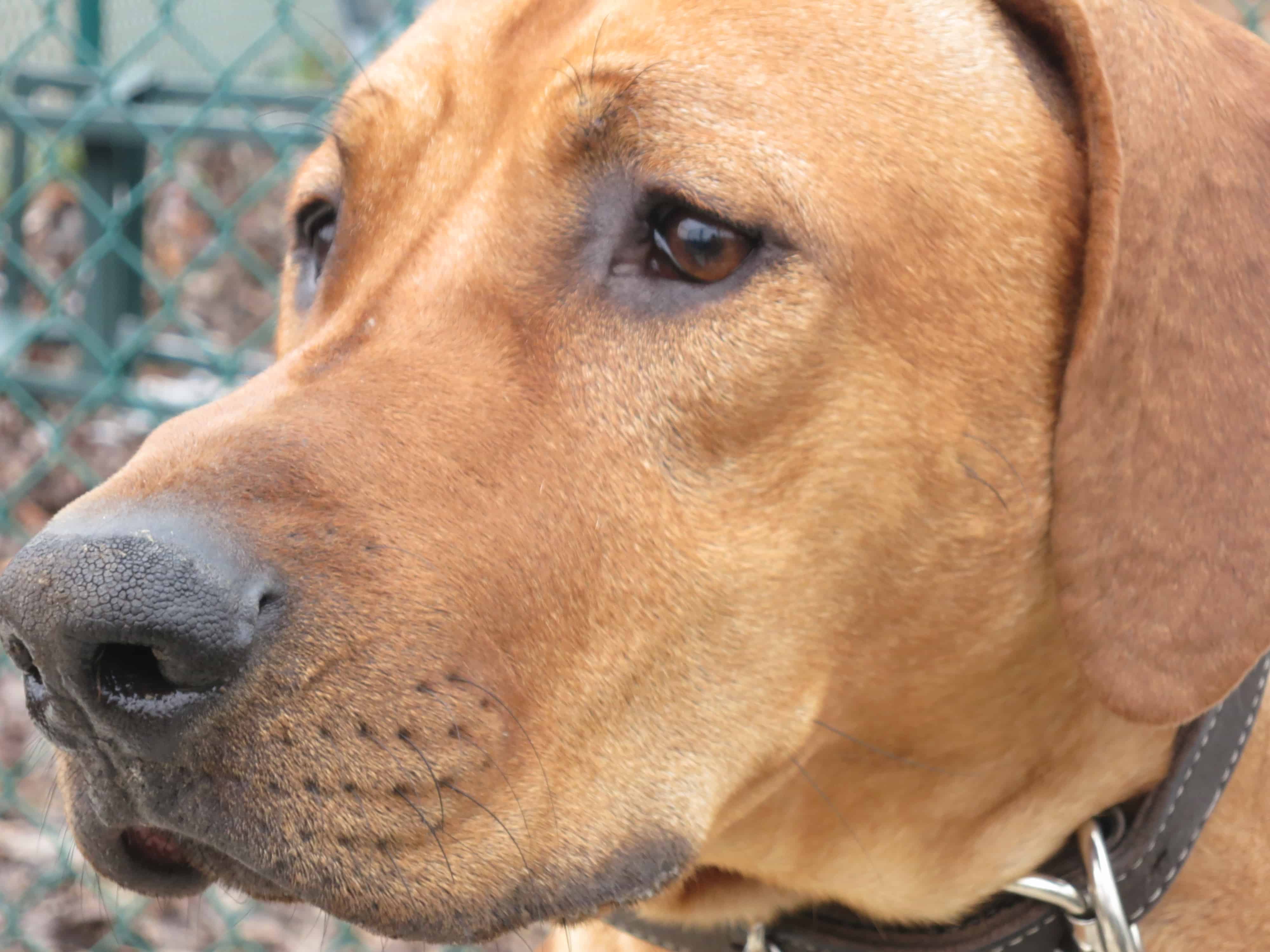 Our first stop was University City Dog Park, and while the weather wasn’t a problem, security was.  The outer gate was unlocked, so we strolled right in.  I wanted a photo of the park from outside so I left Eko in between gates and exited the park to get a wider shot.  The problem arose when I tried to get back in and found out that the gate had an electronic lock on it that clicked into place when I left.  I was stuck outside and Eko was stuck in between gates; that was a problem.

For this part of the blog you will need to use your imagination to picture me heroically scaling the fence to save Mr. Eko.  Since we already happened to be in the park, I had Eko help me search for some clues as to what was going on. 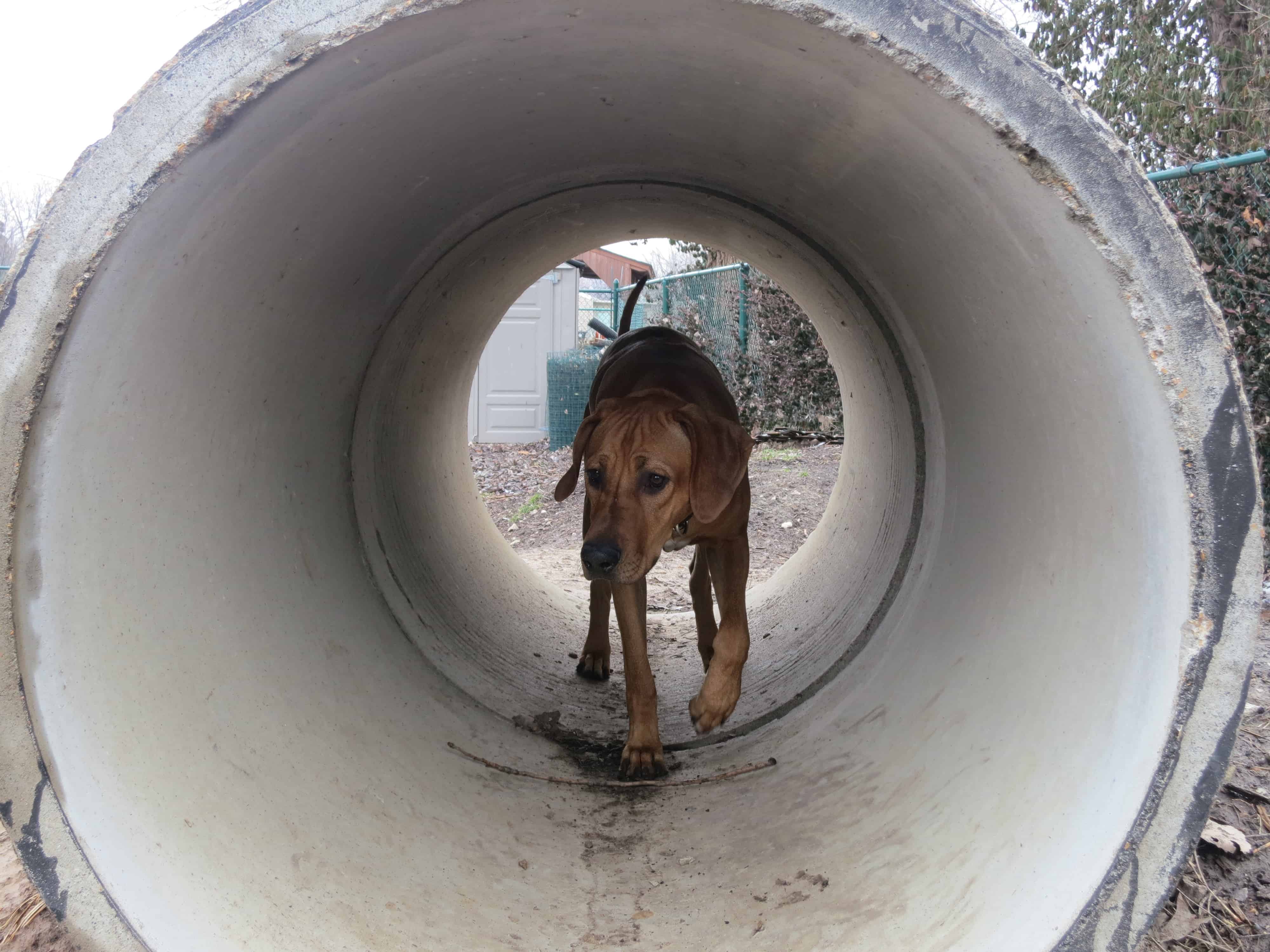 No clues in the tunnels 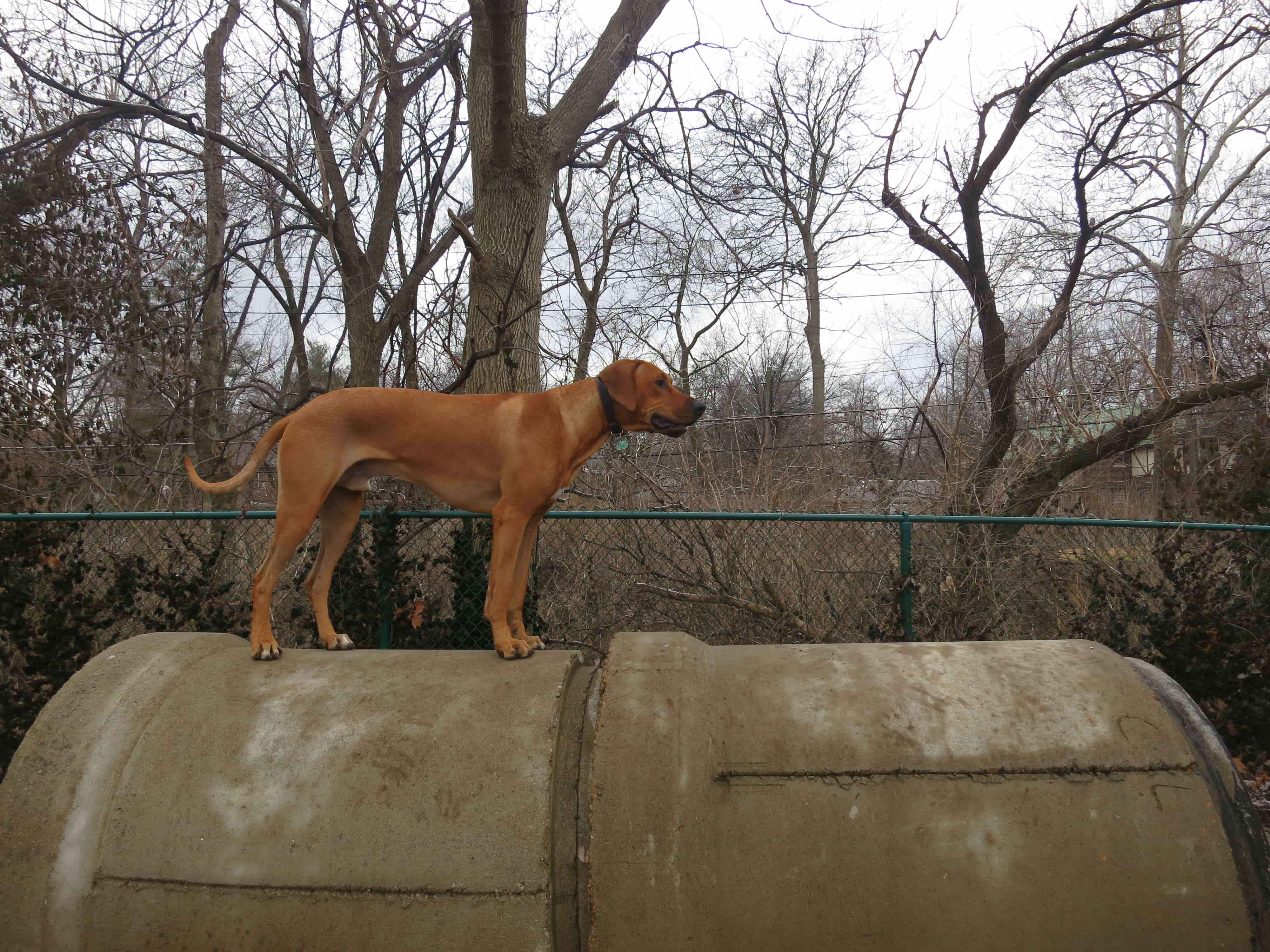 Or on top of the tunnels 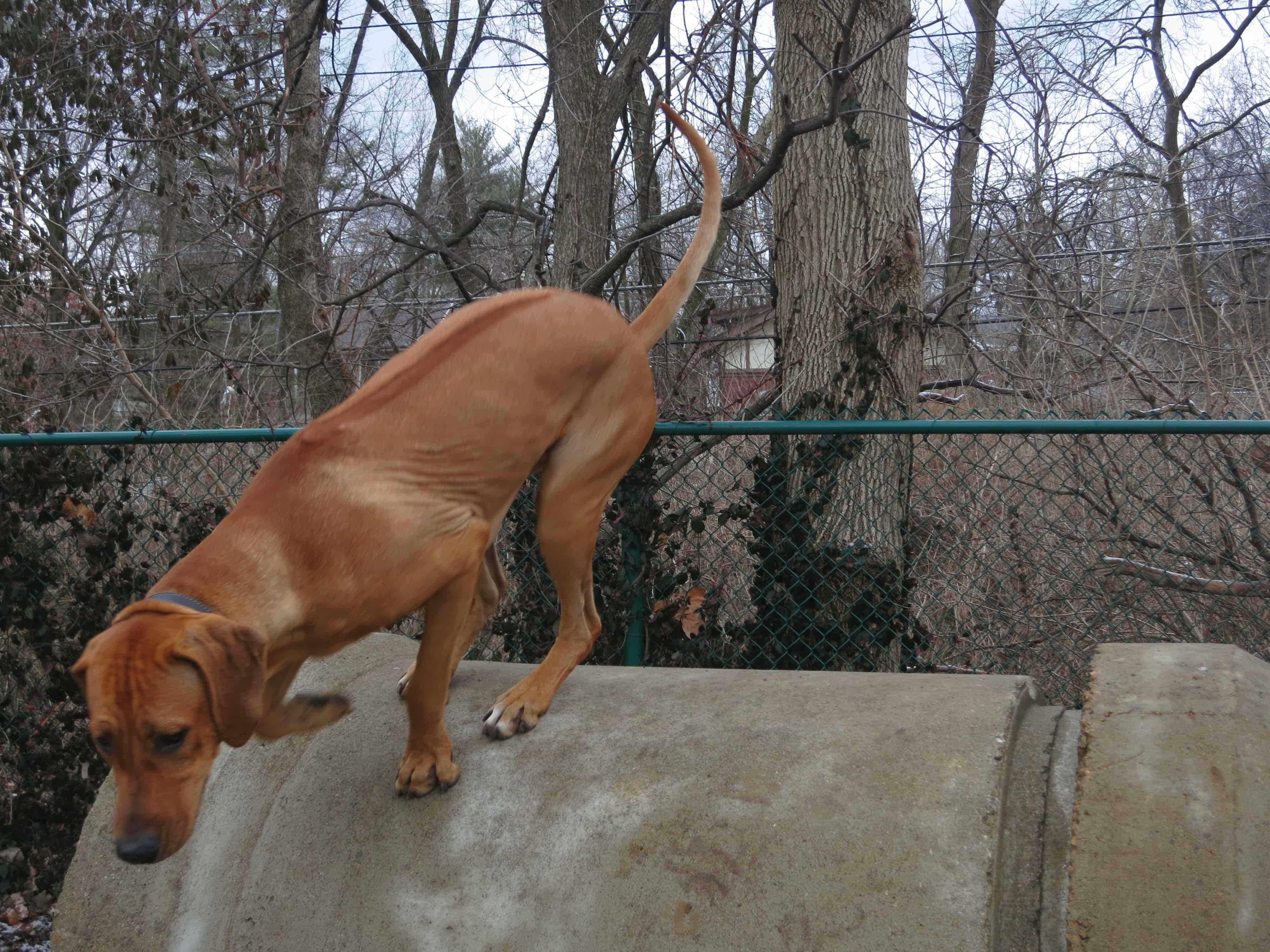 We didn’t find any signs with relevant information, but we did find what looked to be a registry of members along with a contact email.  We used our detective skills to reason that the park might actually be private, so it was time for us to go. 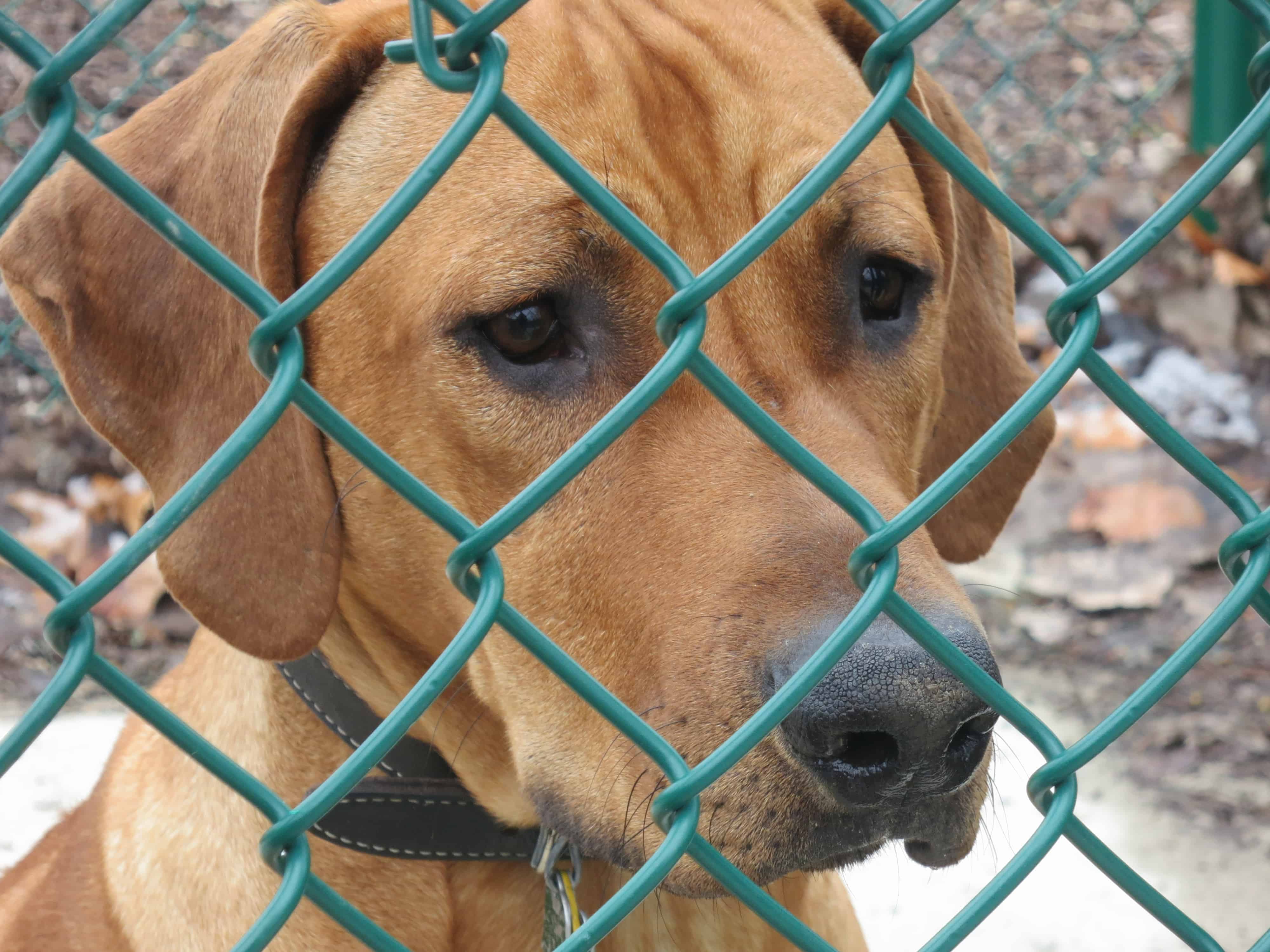 On the outside looking in

I sent an email inquiry asking whether the park has any (not fence jumping) procedures for visitors who would like to use the facility.  At this time I would also like to stress that while it  may have looked like Eko was playing and having a great time, he was actually just conducting a vigorous investigation to uncover the truth.  And during the course of said investigation, we may have happened to notice that University City Dog Park is one of the best designed parks we have ever (not) visited.  Allegedly. We will definitely let you know when we hear back from the park managers or their lawyers.  Luckily, we also had a great time not trespassing on some of St. Louis’ 100% public parks, so we’ll fill you in on those in our next post.
Previous Post Extreme Home Makeover: Will And Eko Edition Back to all posts Next Post Parks And Recreation

Comments for The Mystery Of University Park