The Once and Forever Pillow

It started out innocently enough. “This puppy is obviously not sticking around long. I guess I’ll let her sleep on me this one time.” “Enjoy it while you can, I won’t be your pillow for long.” “I bet she’s leaving any day now…” 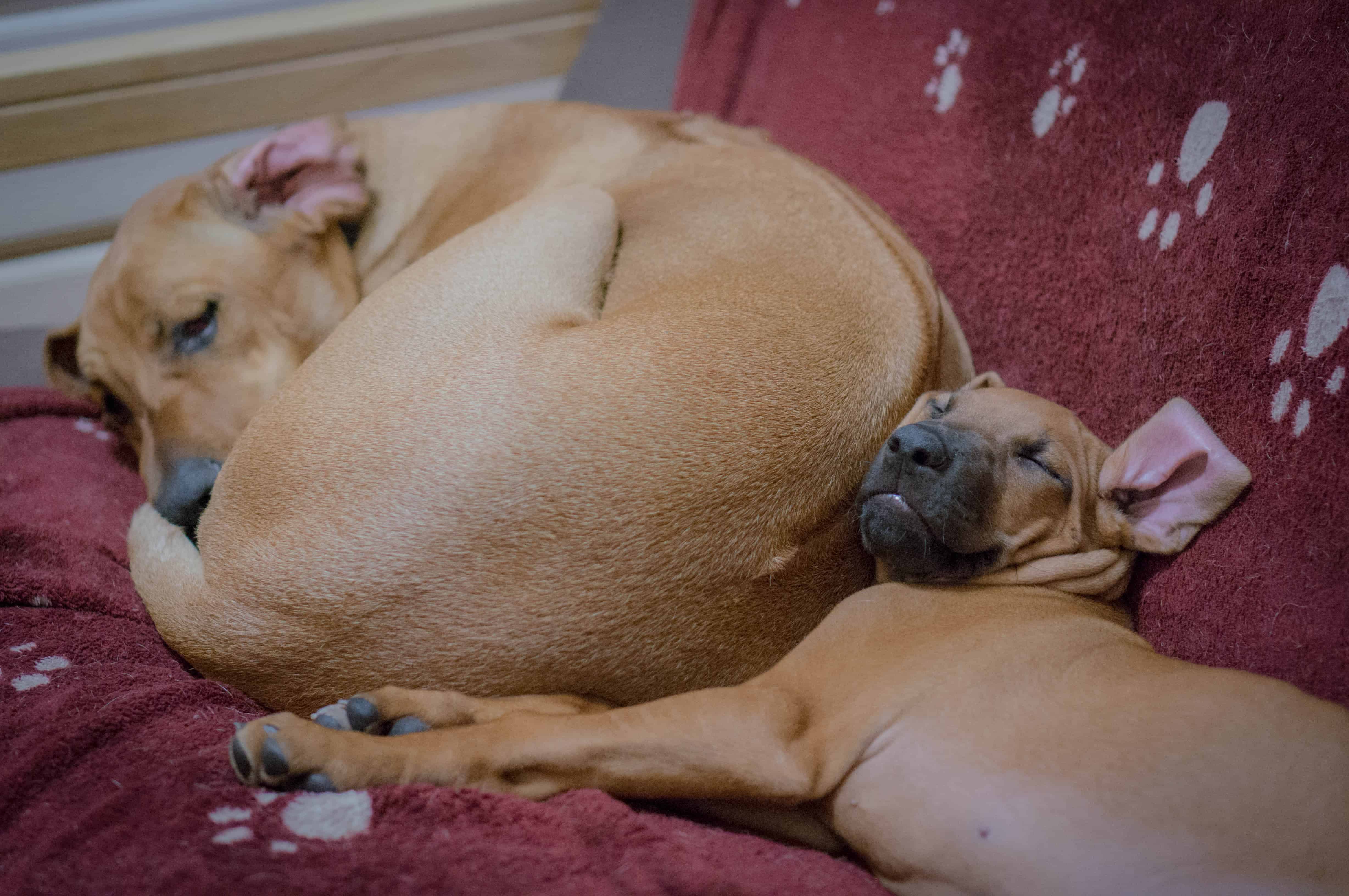 It started out innocently enough. “This puppy is obviously not sticking around long. I guess I’ll let her sleep on me this one time.” “Enjoy it while you can, I won’t be your pillow for long.” Of course, Penny stuck around. And she often stuck close to Eko-the-pillow. Sometimes, a bit too close But undeterred, Penny would snuggle closer Or squeeze her little butt into a tight spot Even though she’s grown so much, Penny’s never outgrown her preference to lay with Eko And Eko, who was once so reticent, is quite amenable to his job as Pillow in Chief Two pups in a pod

I find a couple things about the standing pillow treaty interesting. First, it’s one directional. I’ve never seen Eko lay his head on Penny. Second, Eko doesn’t seem to mind being used as a pillow one bit. He used to grumble if you sat anywhere near him, but now he barely wakes up when Penny flops on him.

I’m interested to hear from others with multiple pets. What are the “terms of engagement” at your house between pets? Are there any standing treaties to determine sleeping arrangements?