During high summer, Lake Michigan temperatures are refreshing but quite brisk. As fall fades to winter the lake temperature plummets. At the dog beach this means the water quickly clears. First the small dogs, then the short haired dogs and finally even the thickest coated pups stick to the shore. Now 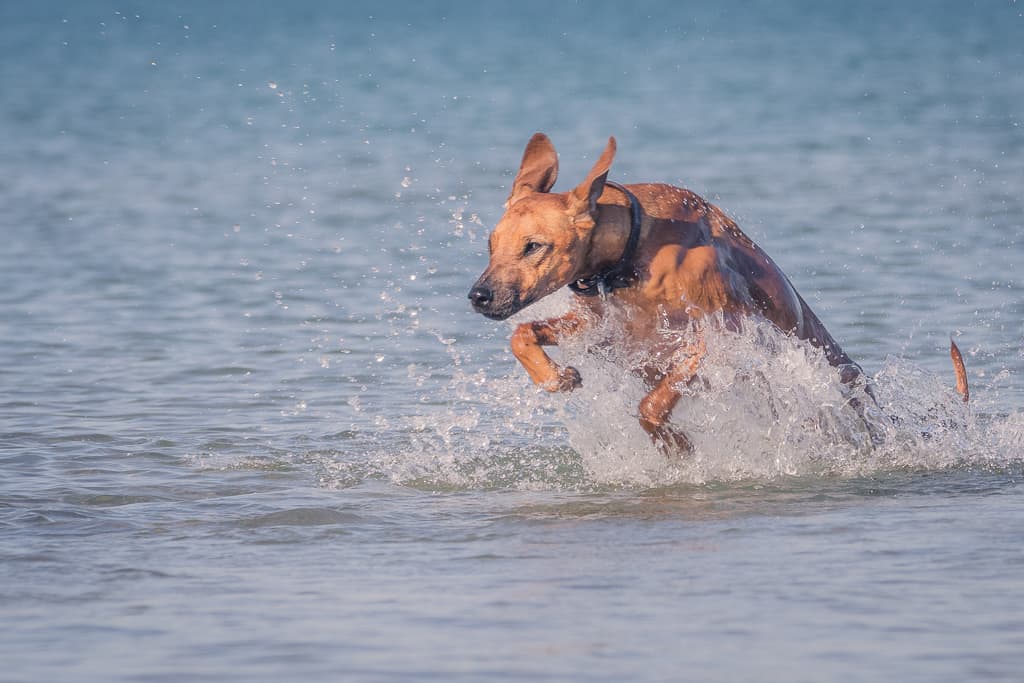 During high summer, Lake Michigan temperatures are refreshing but quite brisk. As fall fades to winter the lake temperature plummets. At the dog beach this means the water quickly clears. First the small dogs, then the short haired dogs and finally even the thickest coated pups stick to the shore.Now that we’re in December all the dogs keep well away from the nearly frozen water. All but one, of course. Something is not right with Penny’s head. But I guess we knew that already.

I don’t throw sticks for her to fetch, there’s no dogs for her to chase, but for some reason Penny still feels compared to zoom across the frigid lake. The water is unbearable to be in for a few seconds, but Penny happily spends a few minutes enjoying her one girl polar plunge club. And then the nutjob rockets towards us at full speed Where Eko and I watch, half with bewilderment, half with the hope that Penny-popsicle won’t come and shake freezing water on us I have a waterproof jacket… Eko? Not so much. So I get to laugh while he tries to evade being touched by the Ice Queen “Keep those frozen paws off me!!”

We quickly make our way back to the car and I wrap my knucklehead in a towel. After she’s warmed up a bit, I run warm water for a shower.

At which point Penny starts whining and begging me not to subject her to such a cruel fate.

I do my best to understand my dogs. But sometimes I just shake my head, laugh and don’t even bother trying. Some things aren’t meant to be understood.

Comments for The Penny Polar Plunge