If an alien were to walk through an Earth museum and see the skeleton of a Boston Terrier labeled “Dog” and then see the skeleton of a Great Dane labeled “Dog,” they would probably think someone from the museum’s labeling department needs to be fired. If you were the human tour guide in the Earth museum, how would you describe what a dog is? Four legs and a tail? Of course, but it gets a bit more complicated after that. I’ve found that even dogs have a tough time figuring out what a dog looks like! 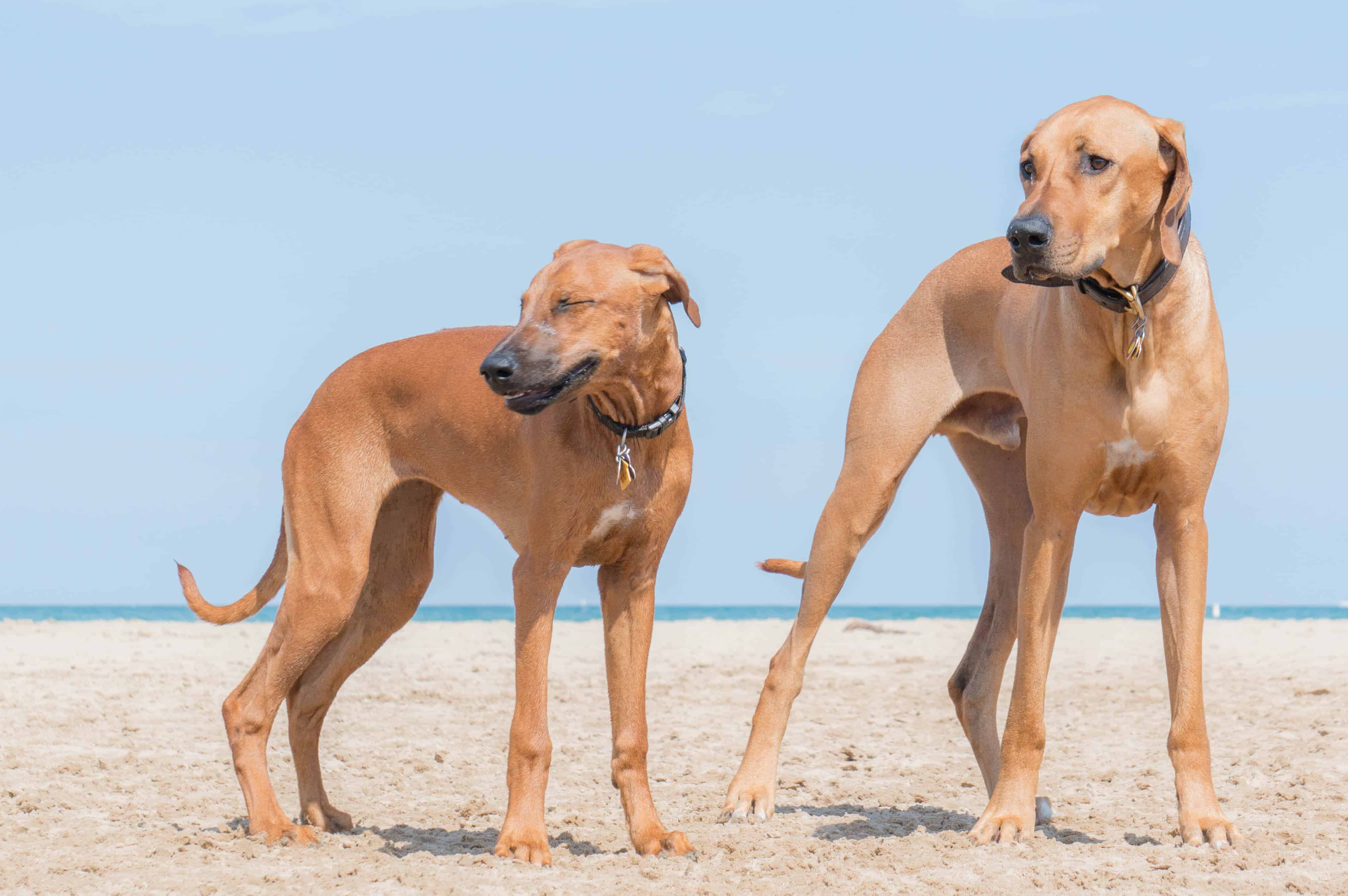 “Oh please, Will, don’t make me laugh. How could I not know what a dog looks like?”

For the first few months of Penny’s life, it was easy – all the dogs she saw looked exactly the same. So much so that when she first met Eko she tried to breastfeed from him!

But over the last few months Penny has learned that dogs come in all shapes and sizes. One of her first lessons was figuring out that small dogs exist and that they’re not prey. 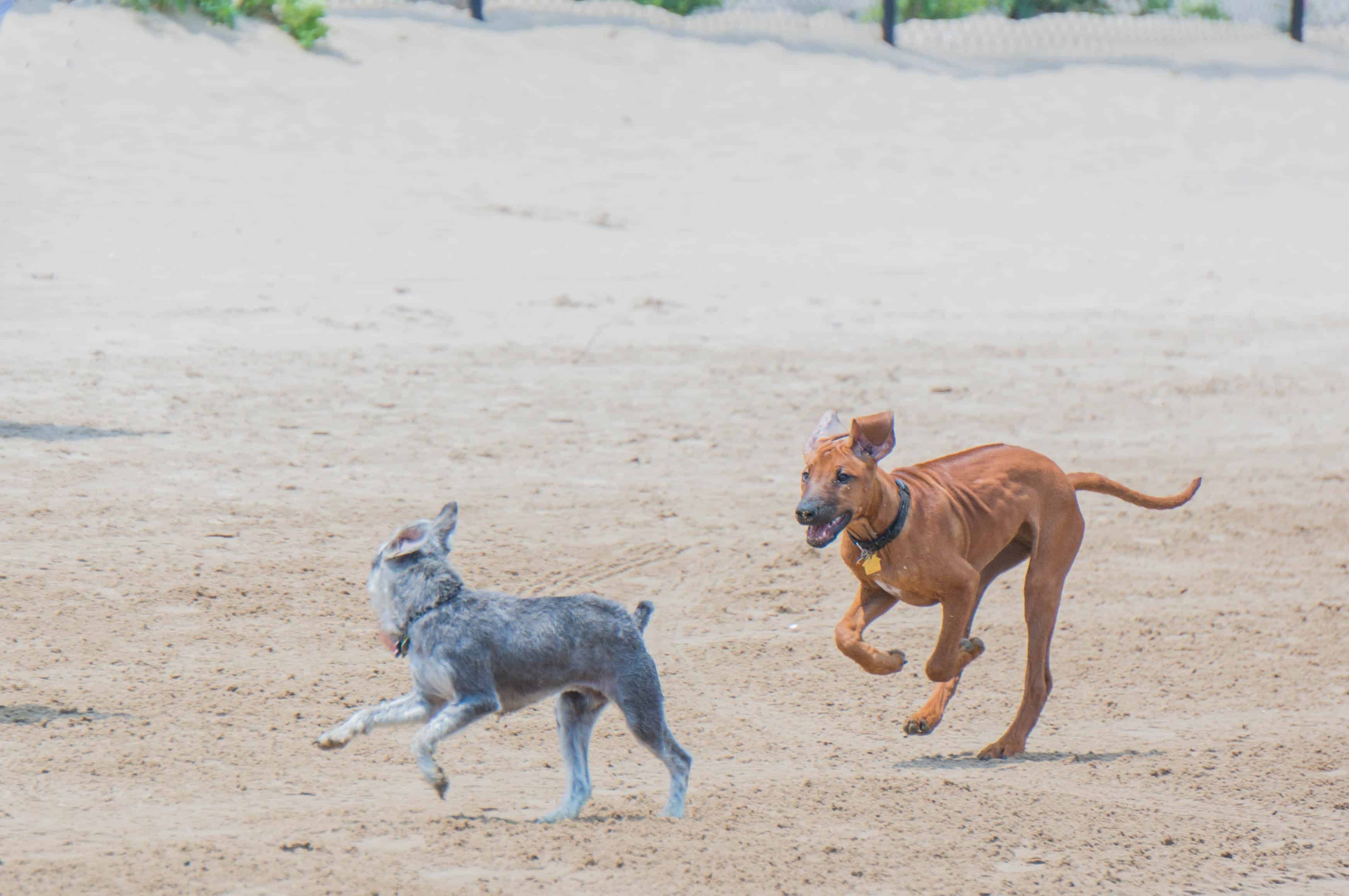 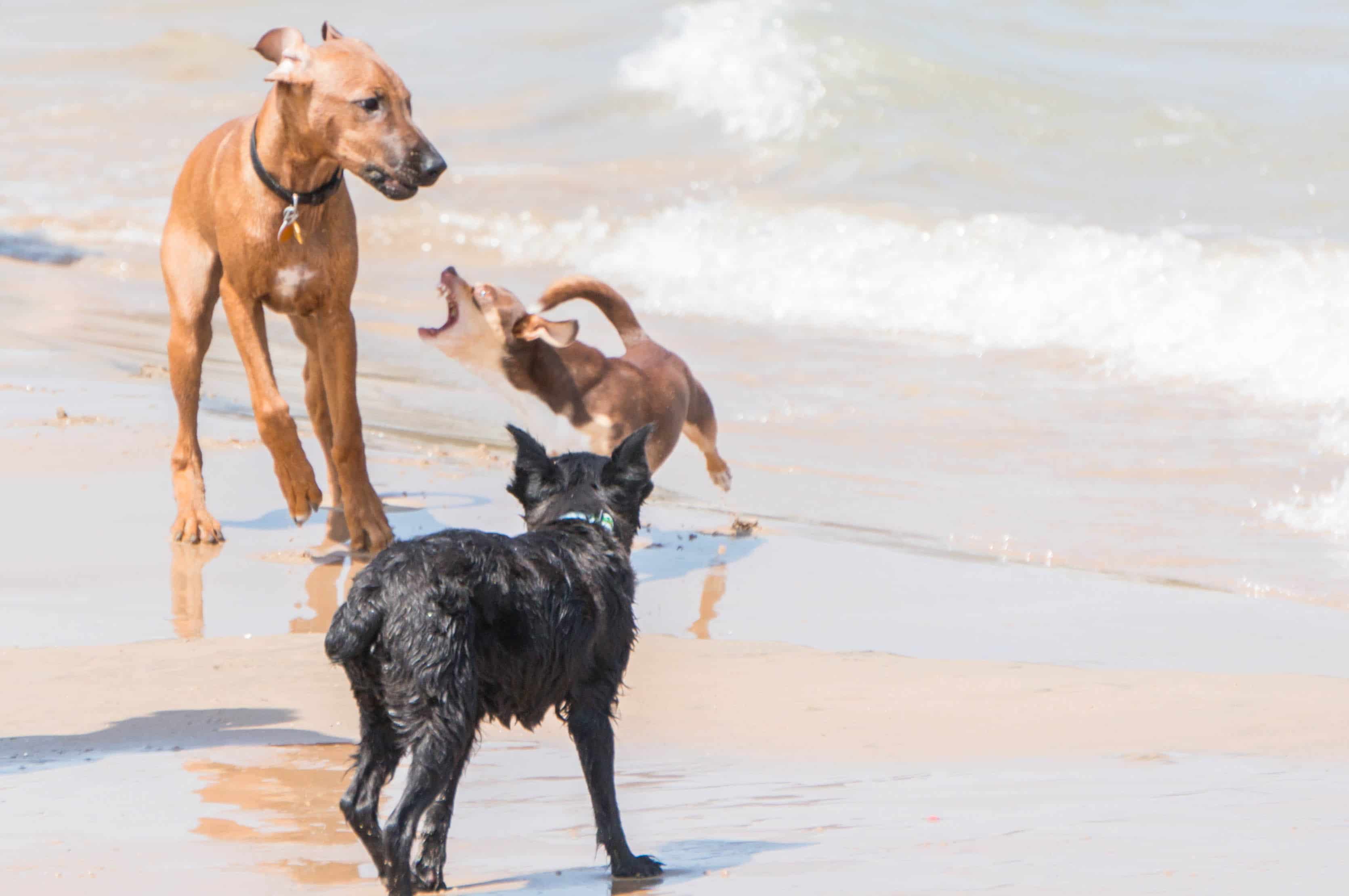 It was so funny to see how startled Penny was when a small dog barked at her. You could see the circuits fry in her brain as she looked at me dumbfounded. Penny’s been on the other side of the menu when she thought a couple Great Danes were going to eat her. Luckily Penny is a quick study and adds different types of dogs to her mental catalog. 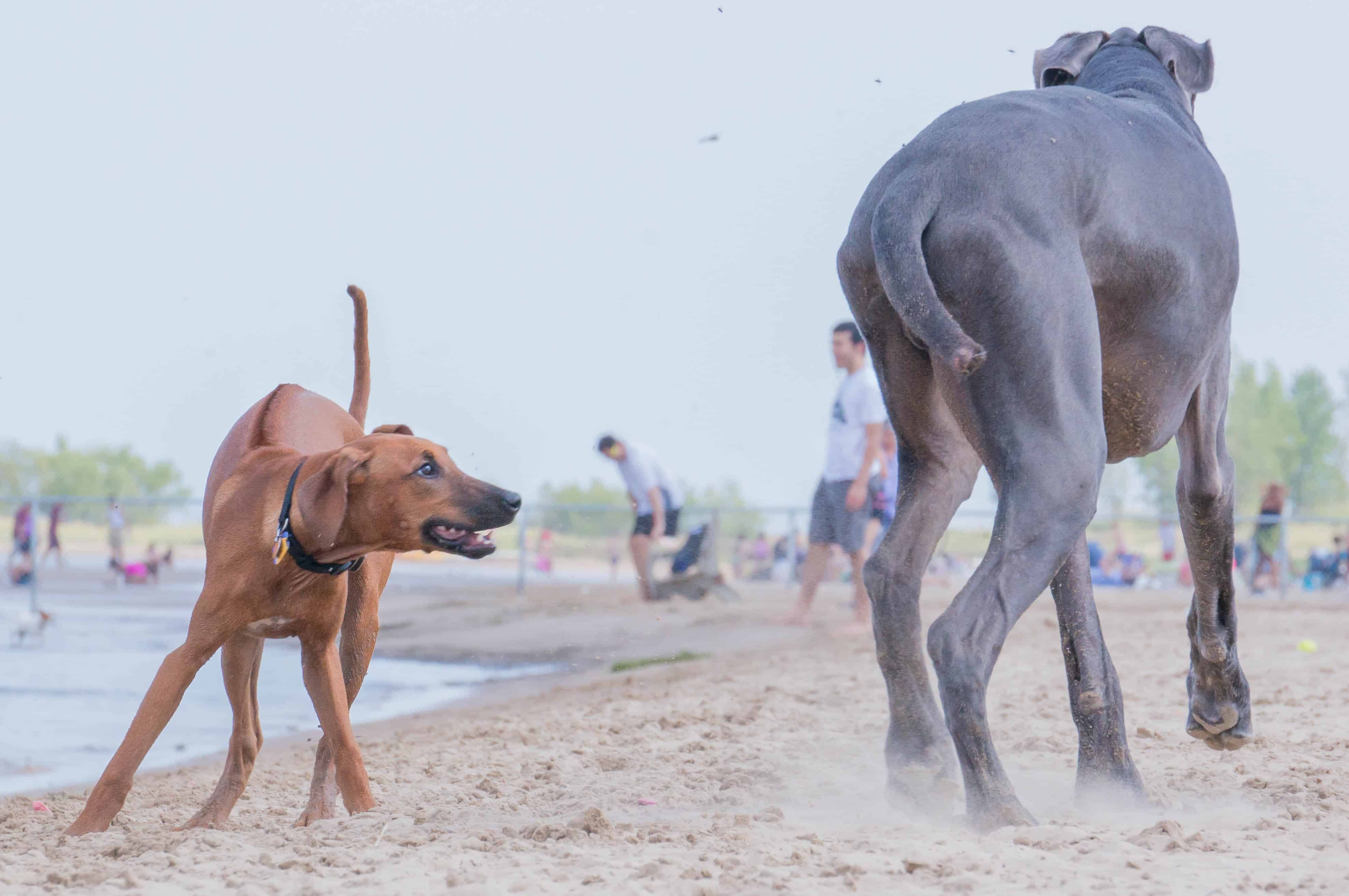 These days, Penny goes dashing towards her big friends

Ok, so there are big and small dogs, but if only it were that easy. There are so many distinct facial/body shapes that even I have a tough time keeping them straight. 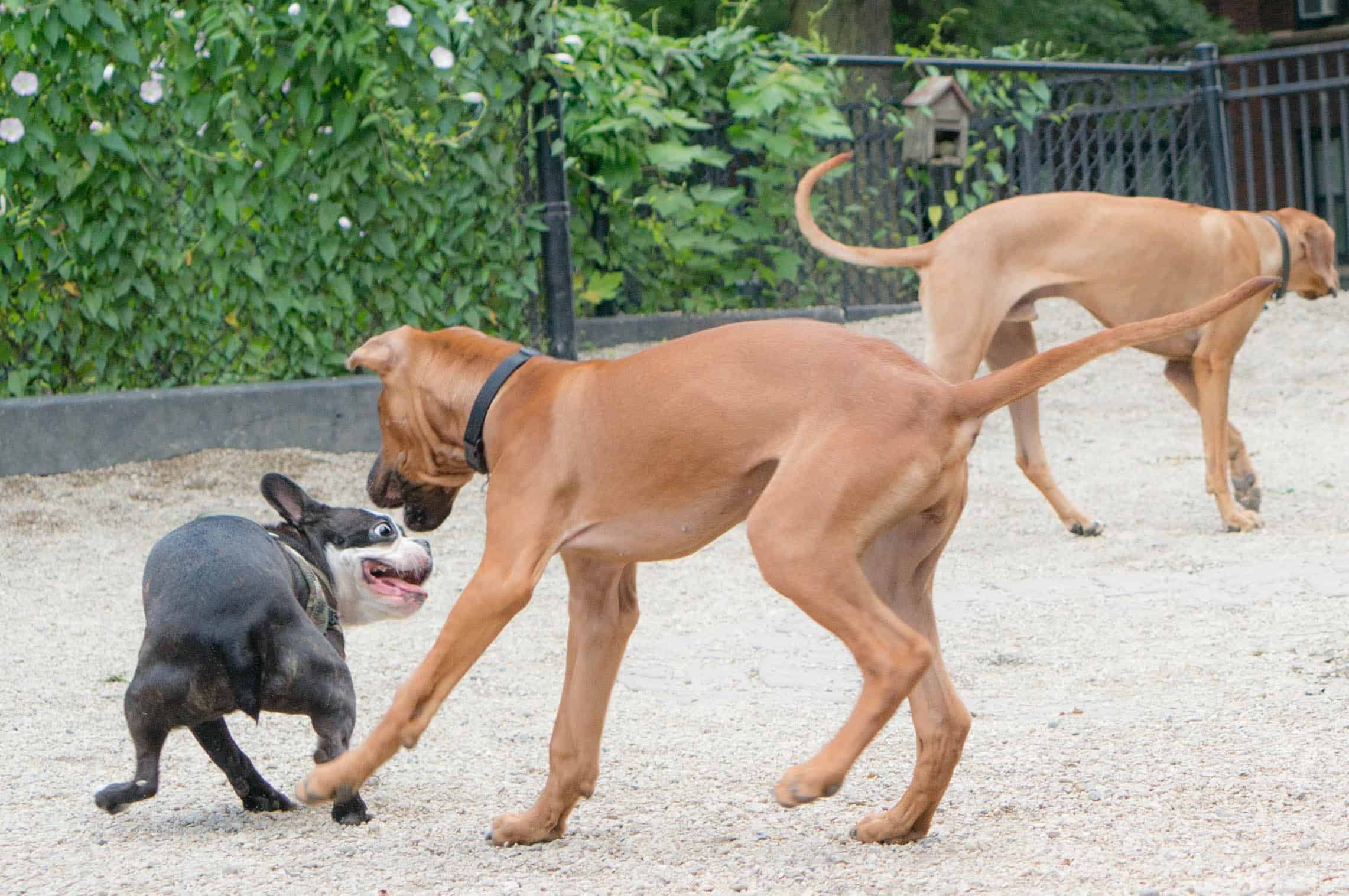 Even when they weren’t interested in her, Penny used to be fascinated with terriers, Boxers and other dogs with shorter faces

And don’t forget all the different types of coats/hair dogs can have. Penny is still learning those. The other day she was absolutely fascinated by a dog with a beautiful black coat which obscured his features. 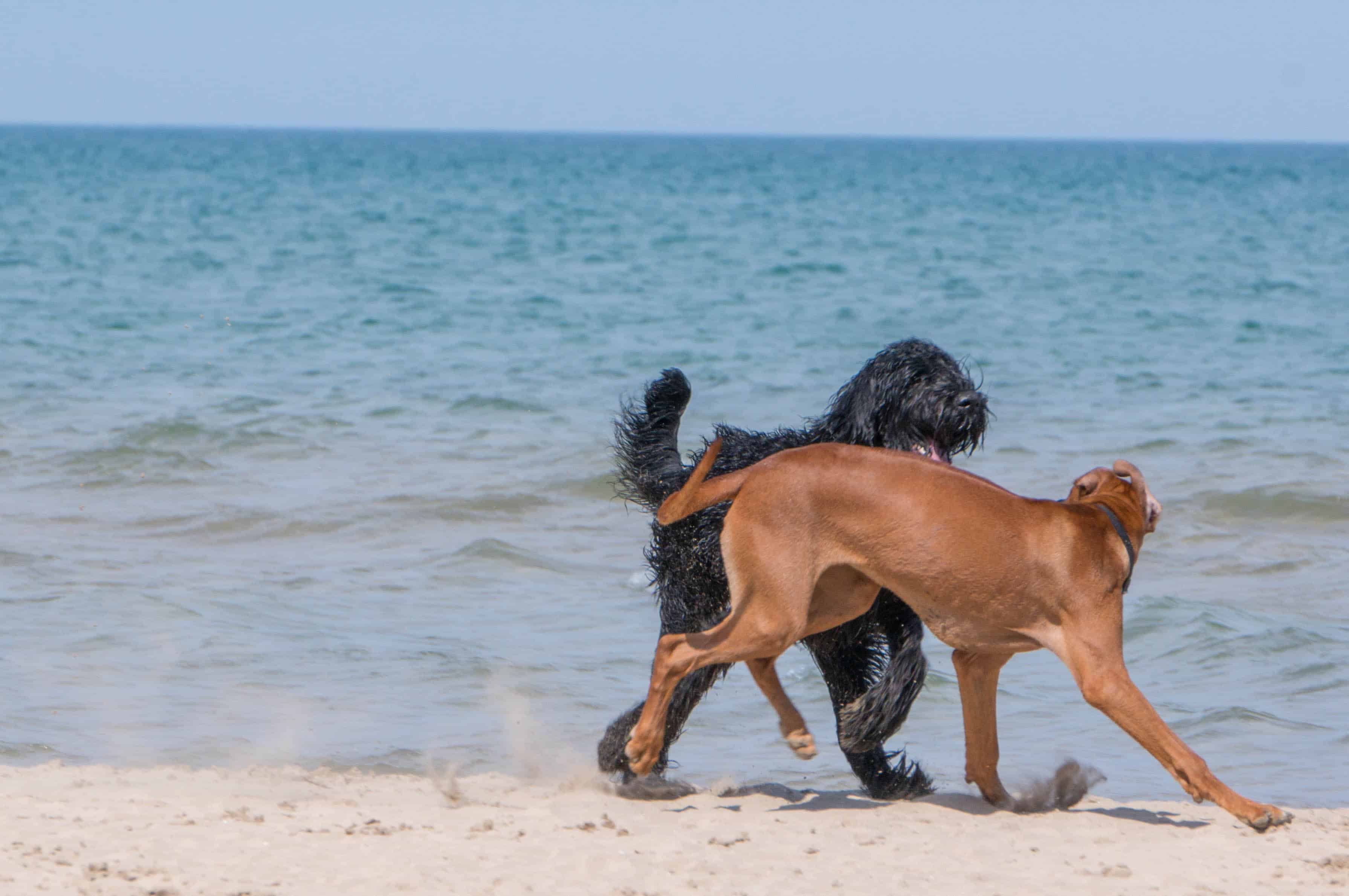 “Will, you have to see this! THE CARPET IS ALIVE!”

Most recently, Penny met her first Basset Hound and played her usual “Excuse me, are you a dog!?” game. It starts with wide circles around the pup, working up confidence to come in for a closer look. 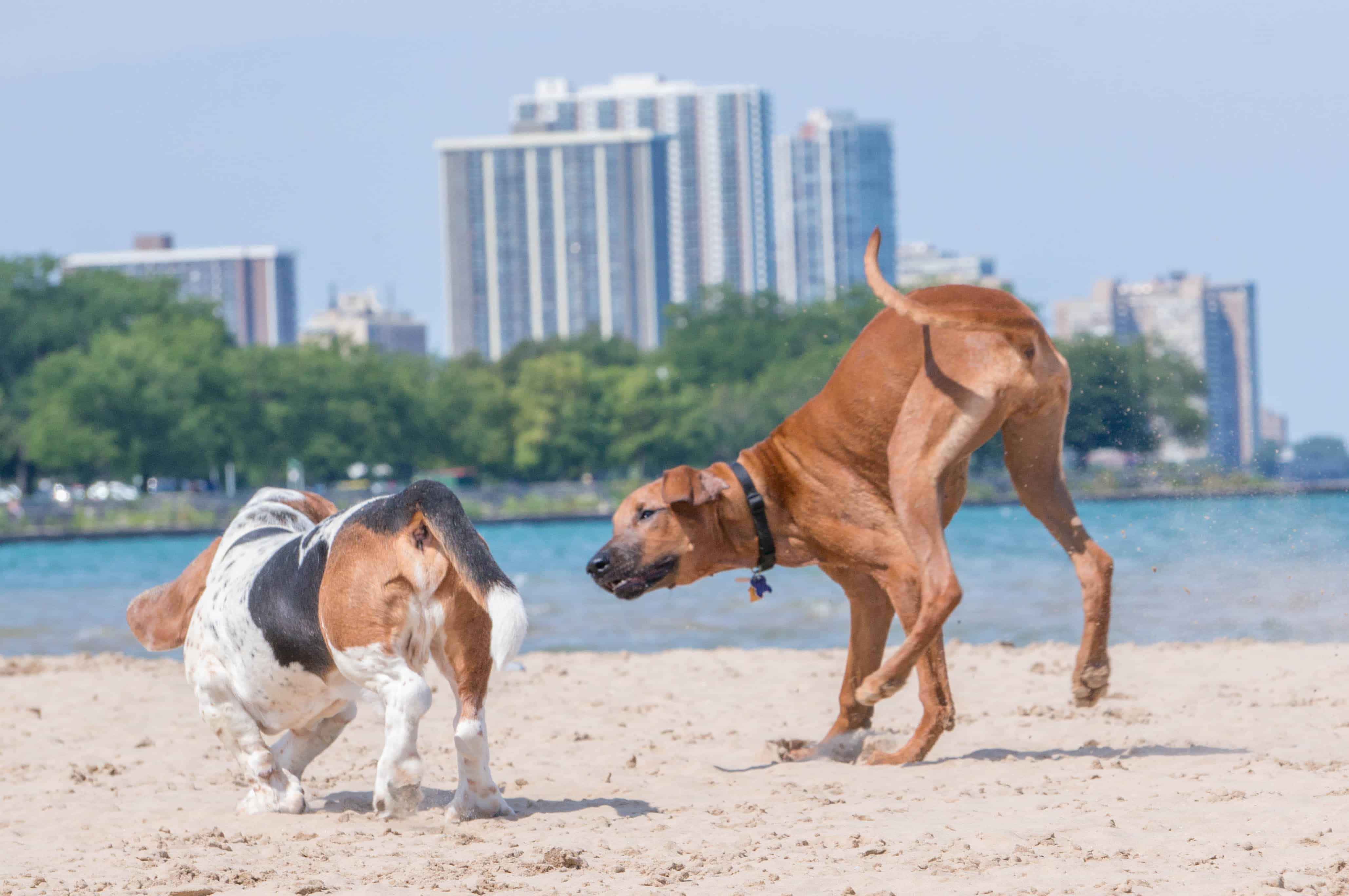 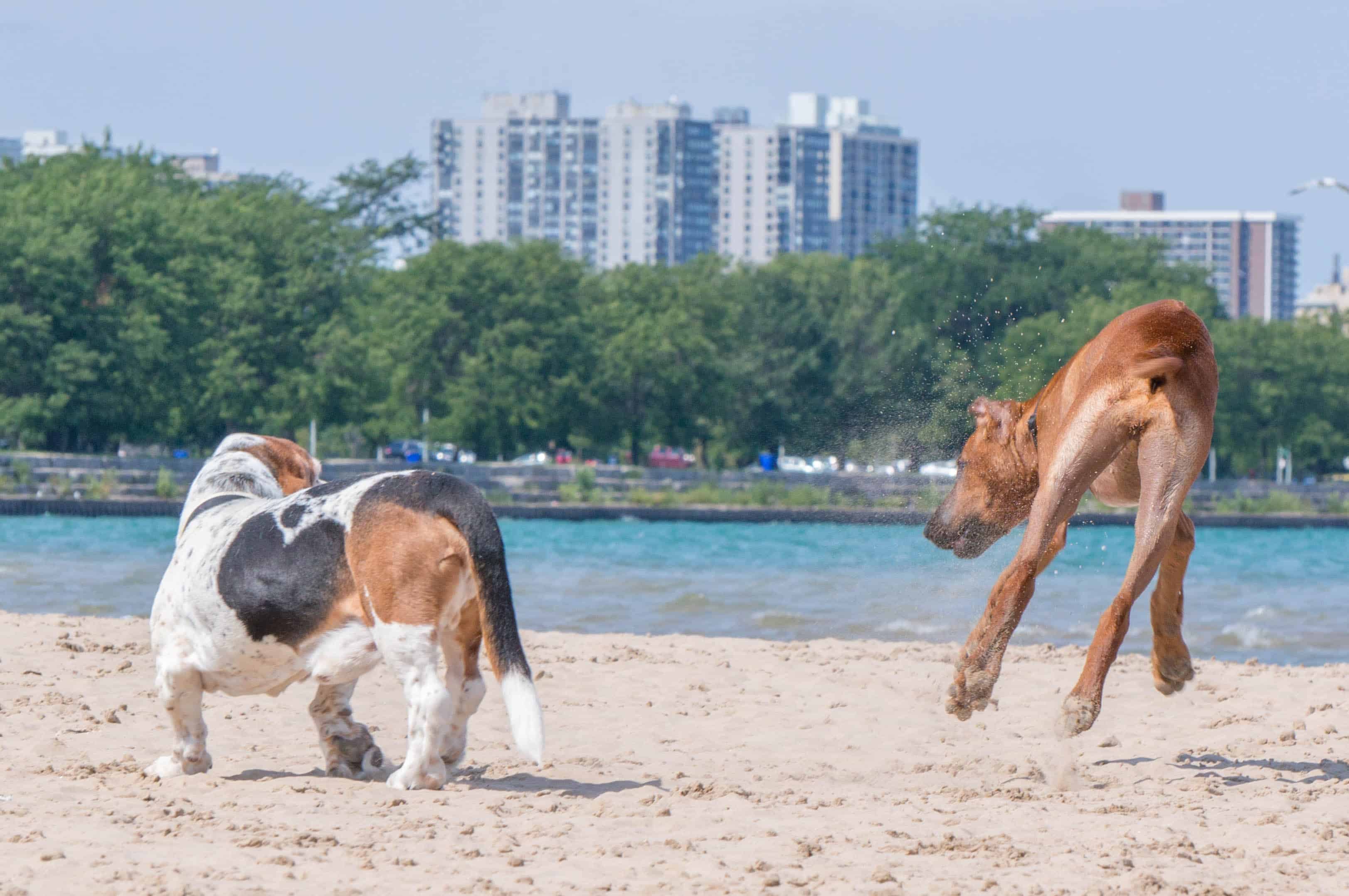 Penny likes to put some distance between herself and mystery creatures after checking them out, just in case they’re not dogs

I do get a kick out of watching Penny get confused, but only because I’m in the same boat. Honestly, in one sentence, I could not explain to you what a dog looks like.

So brave souls, anyone want to take a shot at this one? What does a dog look like?

Previous Post Where’s the most comfortable spot in your house? Back to all posts Next Post Clocks are for people without pets