Why I Purchased My Rhodesian Ridgebacks From A Responsible Breeder

On the day I picked up each one of my dogs I handed over a check for nearly two thousand dollars. That is a lot of money. My decision to pay a large sum for a puppy is a contentious one amongst dog lovers. For many, a line has been drawn and anyone who does not acquire their dog from a shelter or rescue is the on the wrong side. But I don’t see my decision to purchase my dogs from an ethical breeder as oppositional to rescue efforts, I see it as complementary to them. I think it’s worth explaining why. 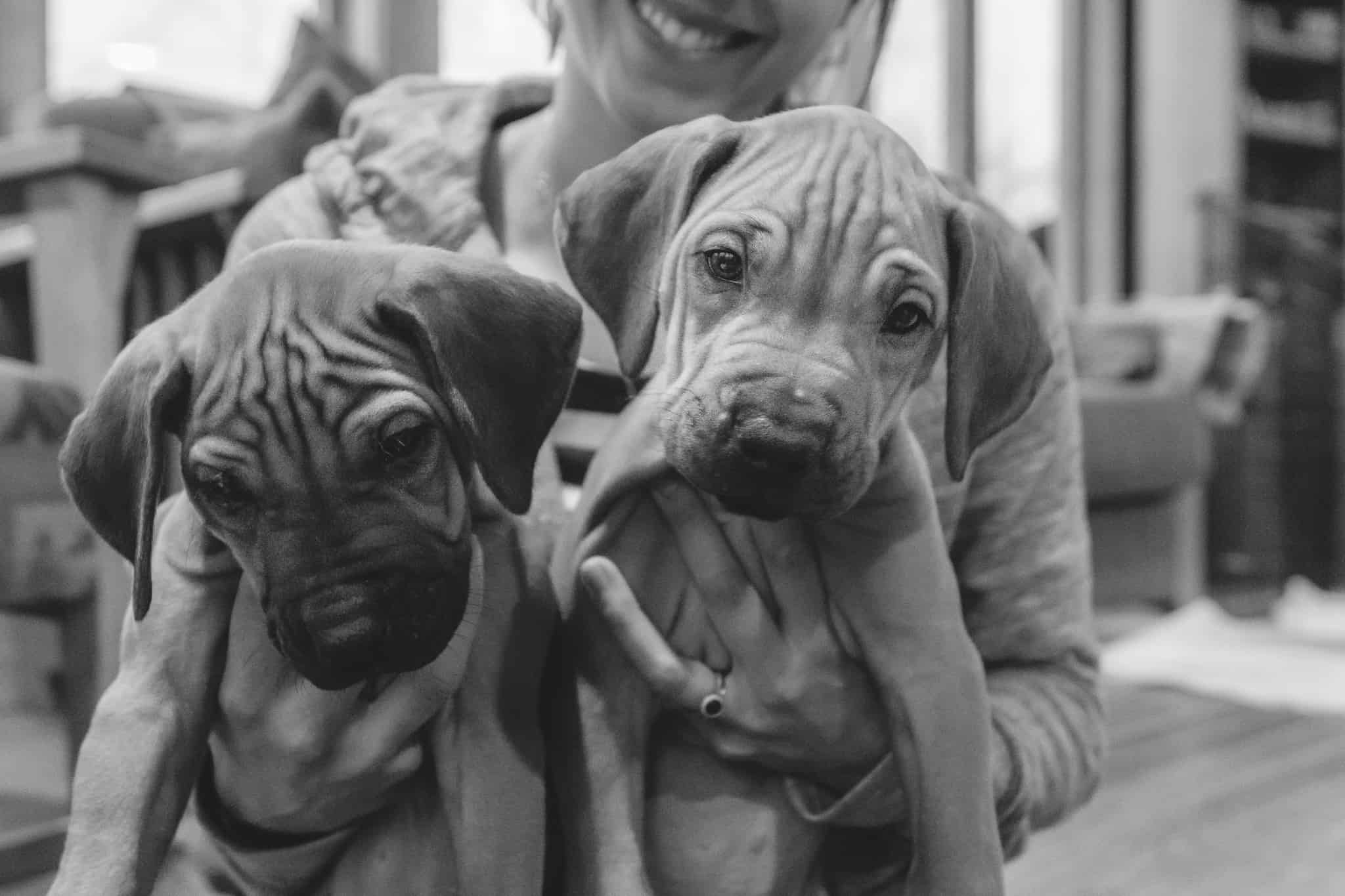 On the day I picked up each one of my dogs I handed over a check for nearly two thousand dollars. That is a lot of money. My decision to pay a large sum for a puppy is a contentious one amongst dog lovers. For many, a line has been drawn and anyone who does not acquire their dog from a shelter or rescue is the on the wrong side. But I don’t see my decision to purchase my dogs from an ethical breeder as oppositional to rescue efforts, I see it as complementary to them. I think it’s worth explaining why. 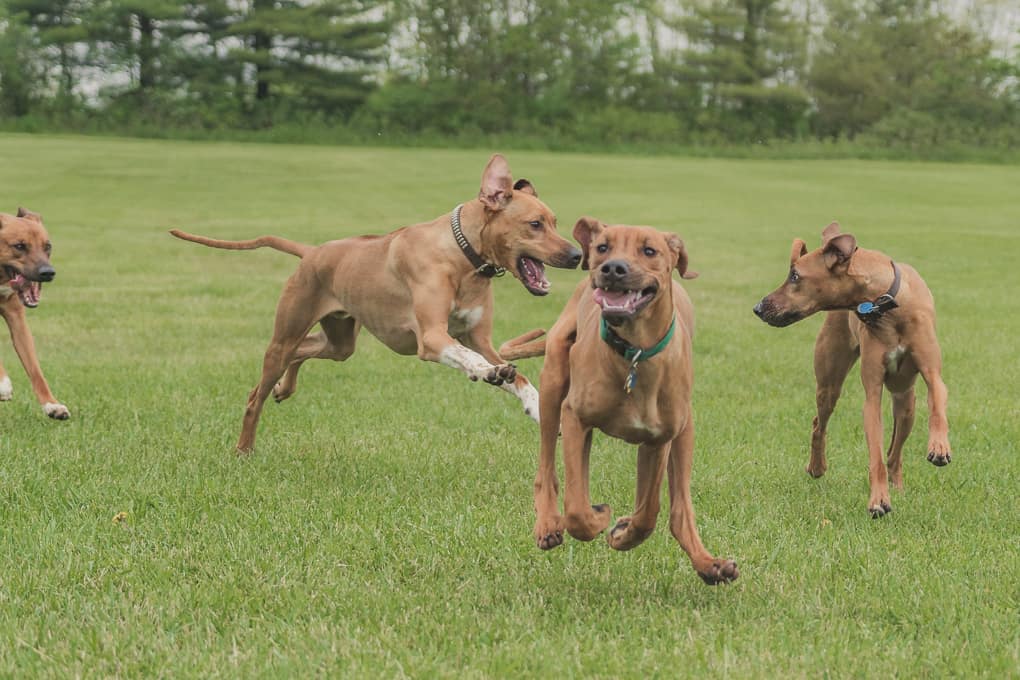 There are some pervasive misconceptions about the accounting behind adding a dog to your family. To ensure a dog is healthy and safe to live in your home costs hundreds to thousands of dollars, depending upon circumstance. This is not an opinion. It doesn’t matter if your dog is from a breeder or the pound, there are certain minimum care costs which must be paid for. The statement, “My dog was free,” really means “I did not pay those initial costs.” Which is great, because it removes a major financial hurdle and makes the companionship of a dog more accessible for everyone. But someone does shoulder those bills. Rescues and shelters depend on generous donations of time, money, goods and services in order to operate. When adoption fees are waived it’s not because the dog didn’t cost the organization anything.  It’s because the good people who run the place would rather tighten their belt another notch if it means helping another dog. A breeder pays all these costs, unsubsidized, up front for each of their dogs. It’s a hefty bill. Moreover, an ethical breeder invests significant amounts of time/money/effort during the years long process of evaluating/caring for the breeding pair. You can read more about the wonderful breeders I’ve used here, but in short, ethical breeding is a pretty lousy way to make money. The money you pay a good breeder supports sustainability, not record profits. 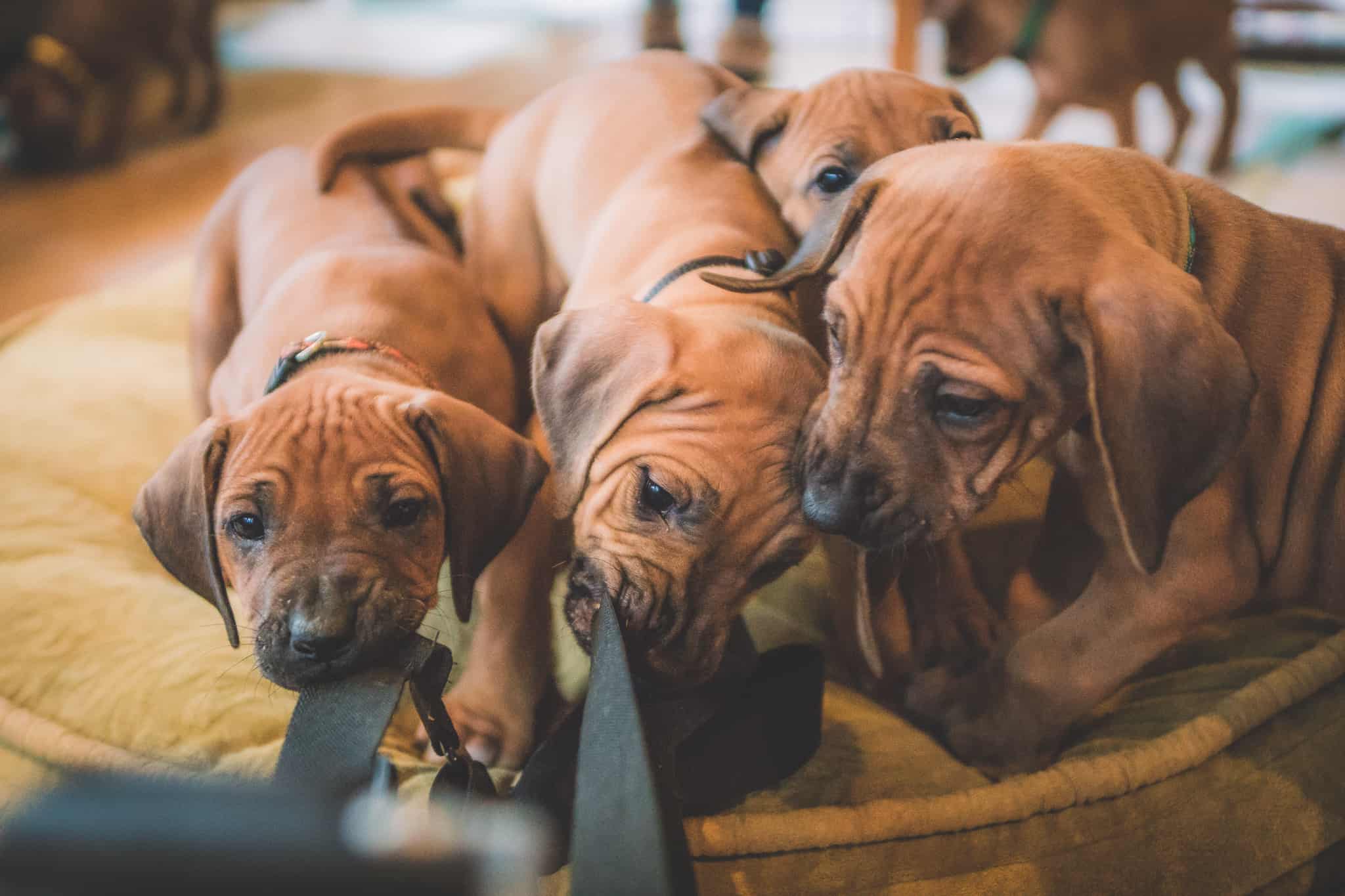 I could write a lengthy diatribe about horrible breeders and breeding practices which are unethical and unsustainable. But it’s grossly unfair to categorize all breeders this way. Every breeder should be considered and evaluated on their own merits. We should condemn irresponsible breeders, but not at the expense of those who put in the effort to breed ethically. (You can read more about responsible breeding practices in this AKC guide) 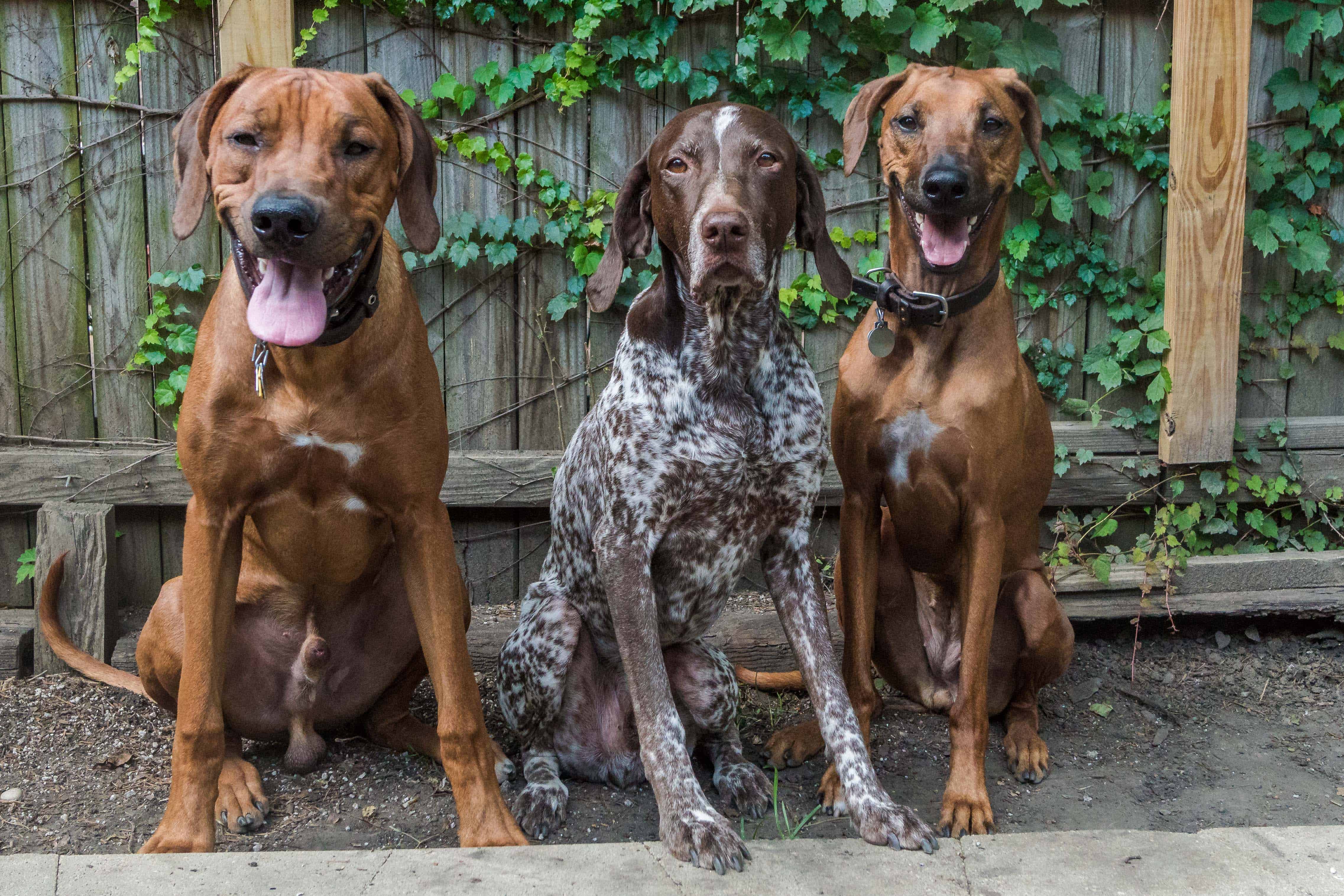 Money can’t buy you love. Past the genetic screening tests good breeders do, it also can’t buy you any guarantees about the long term health and temperament of your dog. If you think breeders produce “higher quality” dogs than can be found at rescues or shelters you’ve got it all backwards. In fact, many irresponsibly bred dogs are at much higher risk for health issues. An ethical breeder is a steward who works tirelessly to ensure the robust health of a given breed. A breeder offers many things, but a “better” dog is not one of them. A good breeder prides themselves on the quality of their litters, but that statement is a relative one, not an absolute one. It references the thought and effort that went into the endeavor, as opposed to the careless profiteering which motivates irresponsible breeders. 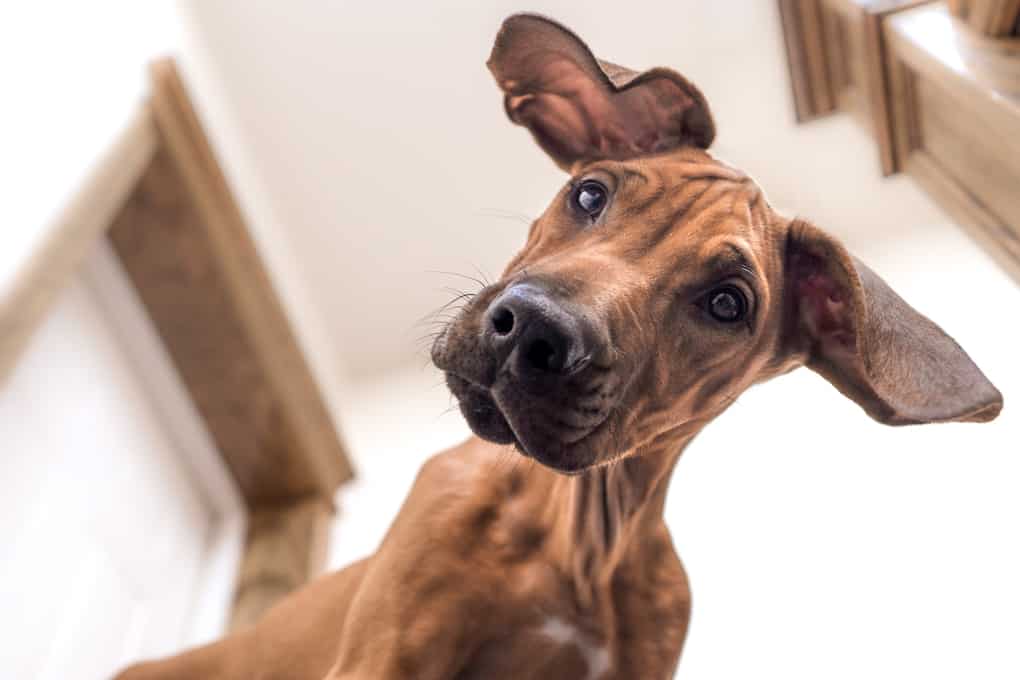 Exactly right! And I think this is where many rescue-only advocates end the discussion. However, I think the conversation needs to be reframed to appreciate the true value of ethical breeders.  I don’t think Rhodesian Ridgebacks are the “best” dogs. I just think they’re the best dogs for me. Wolves make terrible pets. Pretty much everything we love about our dogs is the result of domestication and breeding. Whether you like big fluffy dogs with low energy, or small stalwart hiking companions, someone along the way purposefully bred for those traits. Unless you’re a total saint, you don’t walk into a shelter and say you’ll take any dog. You meet the available dogs, talk to the staff about your needs/preferences and then consider which pup might be the best fit. A breed is just a type of dog that happens to aggregate a certain group of traits. For me, the Rhodesian Ridgeback breed standard is the best match. I had the time, money and effort needed to add a Ridgeback puppy to my family so I made the decision to do so. I couldn’t be happier with the result. I’ve had the good fortune to share my life with three wonderful dogs, and I’m proud my money supports the efforts of people like Mary and John. Their passion for breeding healthy and sound Ridgebacks helps ensure a bright future for both the breed and the people who love it. 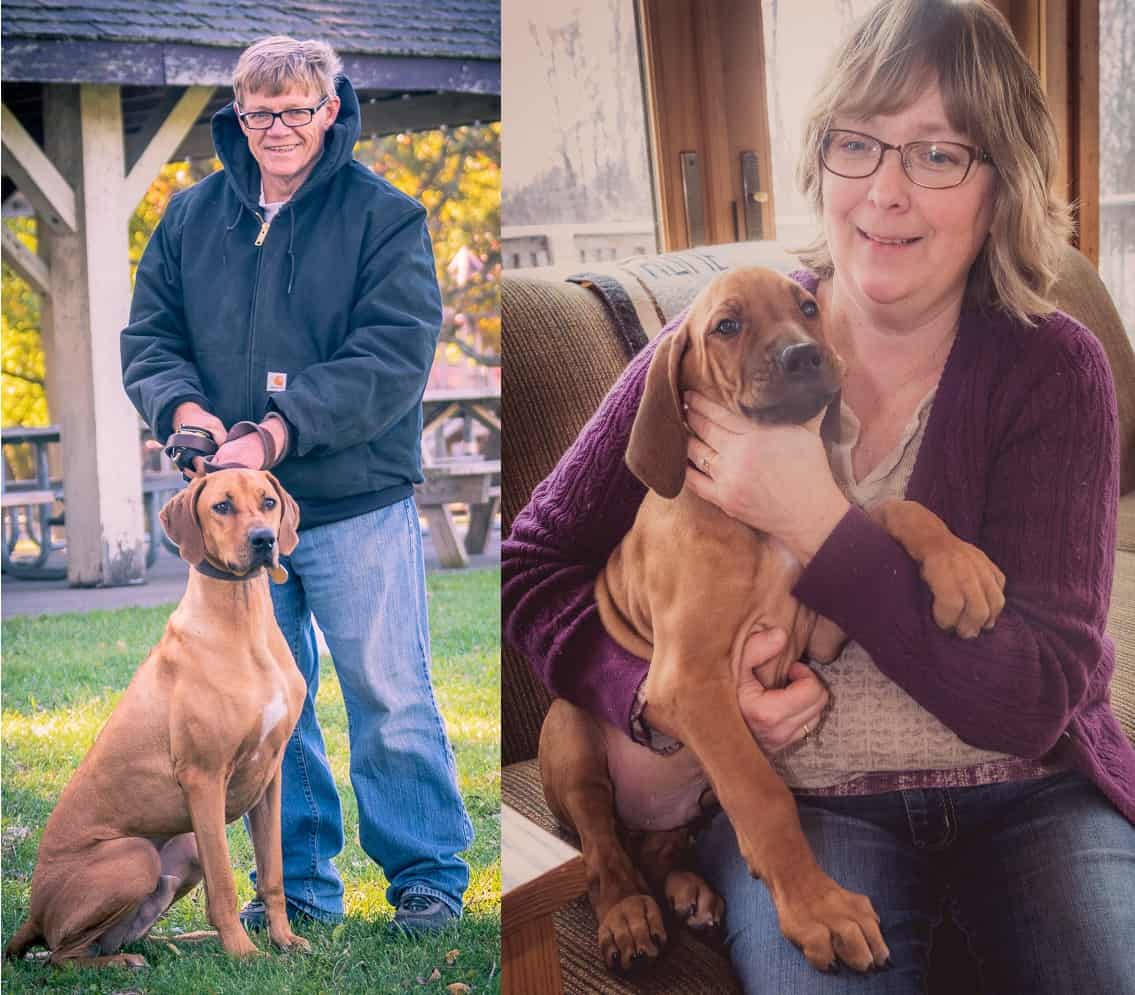 The problem of pet overpopulation provides the single most compelling case against using a breeder. If there are dogs who already need homes, why “add to the problem?” It’s important to emphasize that responsible breeding contributes a grand total of zero dogs to the homeless dog population. A good breeder ensures (both in contract and in deed) that each of their pups is happily homed for the duration of their life. Ethical breeders are often the backbone of breed rescue networks as well. However, there is still the very real ethical quandary about how I justify not adopting a dog in need. There is an unambiguously selfish component to my decision. I wanted a Ridgeback. I checked local shelters and the breed rescue, but there were none available. So when I connected with a breeder who had an upcoming litter I didn’t hesitate to submit an application. There were plenty of other awesome dogs at the shelters, but none of them happened to match what I was looking for. If you’re a rescue-only person, here is where I have to cede the moral high ground to you. Because I can’t argue that my desire for a Ridgeback supersedes the value of any of the dogs from the shelter I didn’t get. But I strongly believe my support of an ethical breeder is valuable for the long term sustainability of dogs as companion animals. 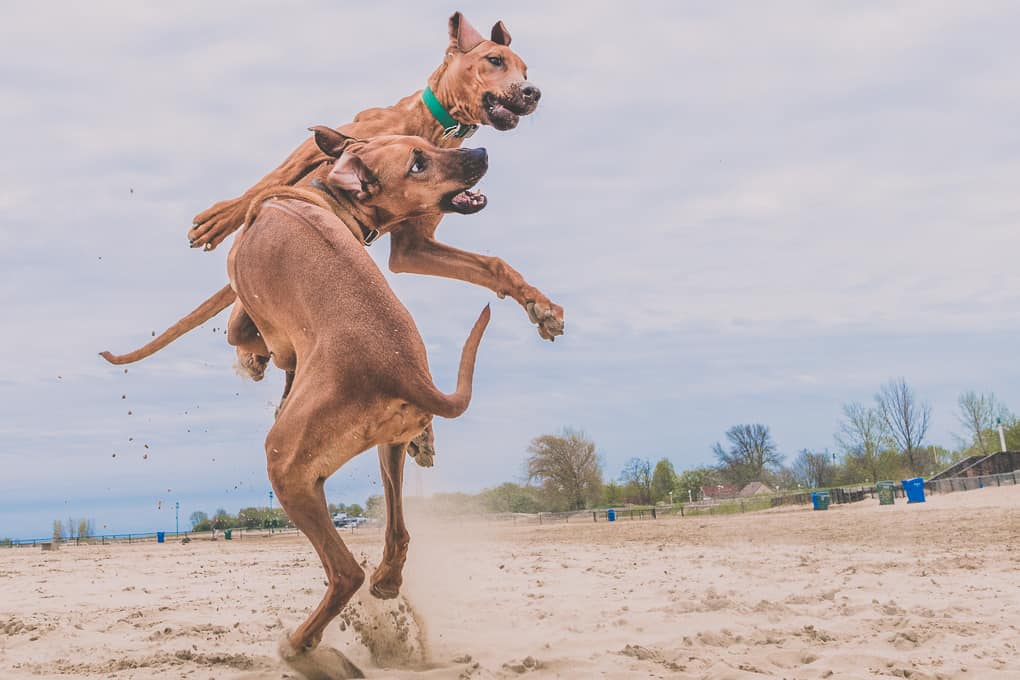 Thanks to the relentless work of animal advocates, rates of homeless pets continue to drop each year. Still, the ASPCA estimates 670,000 dogs are still euthanized annually. It’s a massive improvement from the numbers just a few decades ago but it’s still a staggering figure. The goal of rescues and shelters is to put themselves out of business. We’re a long way off from that day, but the numbers tell a promising story. Adoption addresses the urgency of our current situation while ethical breeding sets the standard for future sustainability. Ethical breeding is not a spigot which can simply be turned off today and turned back on when there are zero homeless animals. It’s a process which requires thoughtful and constant stewardship across generations. Both ethical breeders and rescue organizations share a desire to end irresponsible breeding and I believe that goal is best achieved when working in tandem. 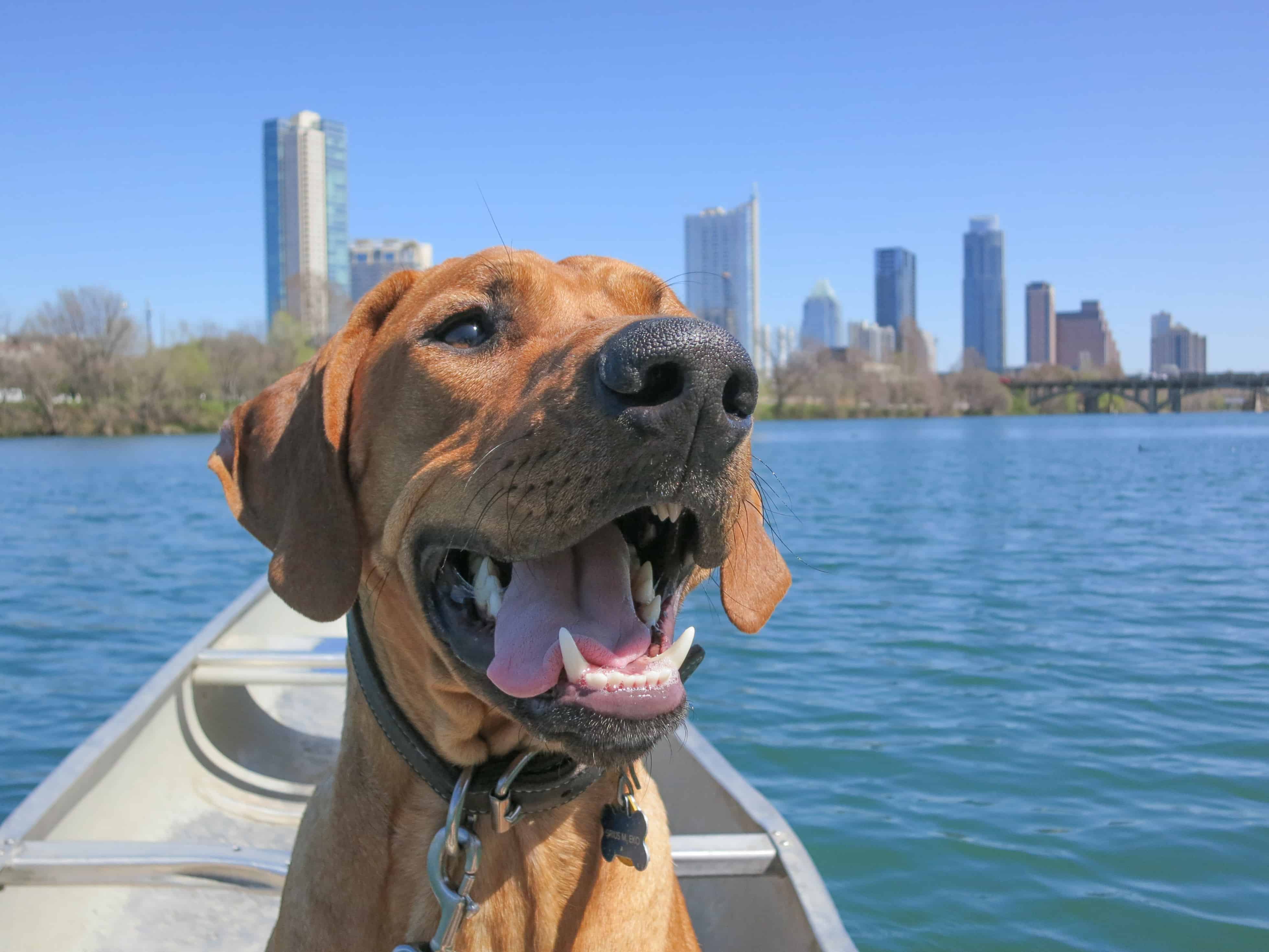 The purpose of this post isn’t to claim I’m “right” about anything. I’ve found I’m always wrong, and my noble goal is to be slightly less wrong about things each day. I have a mixed track record of success. My hope here is to lay out the thought and effort that I put into supporting ethical breeders and why I’m happy with my decision. I also hope this post serves as a reminder that if you do use a breeder, it’s imperative you put in the effort to find one who meets the highest standards. I think we’re all on the same side here – the side that loves sharing life with dogs. Disagreements and criticisms are a healthy part of any community and it’s always worthwhile to challenge each other’s ideas. (I hope people will use the comments here to critique my decision making) But I don’t think dismissive hostility helps anyone. Thoughtfulness, nuance and empathy are the way forward. I could go on even longer about the education, support, guidance and kindness offered by the breeders I’ve been fortunate enough to get my dogs from, but for now I’m more interested in listening. What are your thoughts on dog breeding and adoption, both in the present and the future?
Previous Post [VIDEO] My Big Ballerina Back to all posts Next Post The Dog Who Means Nothing to Me