There is a surreal quality to the experience of opening your front door to discover your dog amidst a sea of stuffing. You stare in disbelief at the swatch of leather from your favorite couch hanging from his mouth. 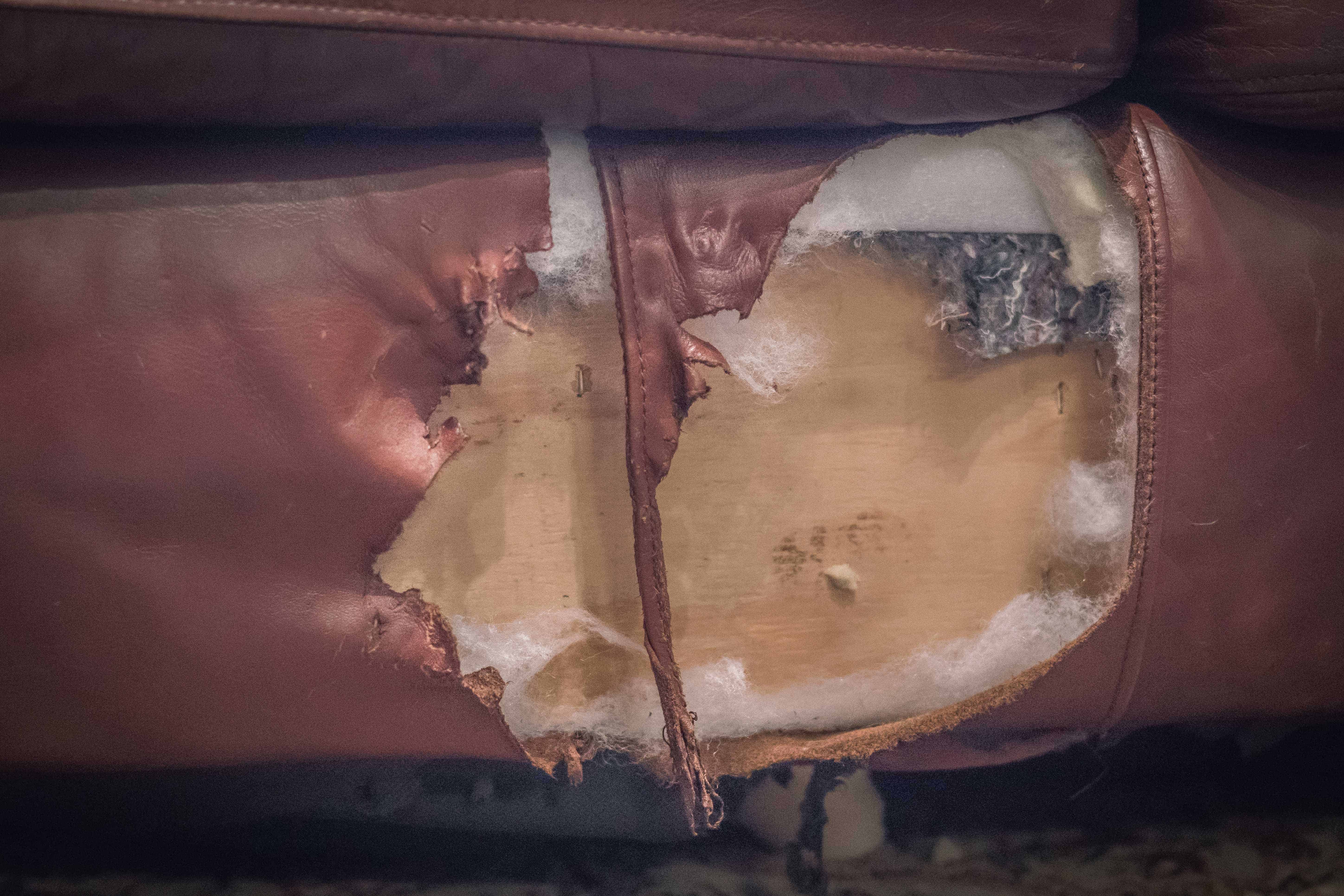 There is a surreal quality to the experience of opening your front door to discover your dog amidst a sea of stuffing. You stare in disbelief at the swatch of leather from your favorite couch hanging from his mouth. This tableau of your dog frozen in fluffy whiteness would look wonderful in a snow globe. But this is not a snow globe. It is your favorite couch. Was your favorite couch. You lock eyes with the pup, who despite the overwhelming evidence, pleads innocence. You are not feeling merciful at the moment. You’re not proud of the sound you make – wailing, incoherent, off-key and guttural – but you make it. 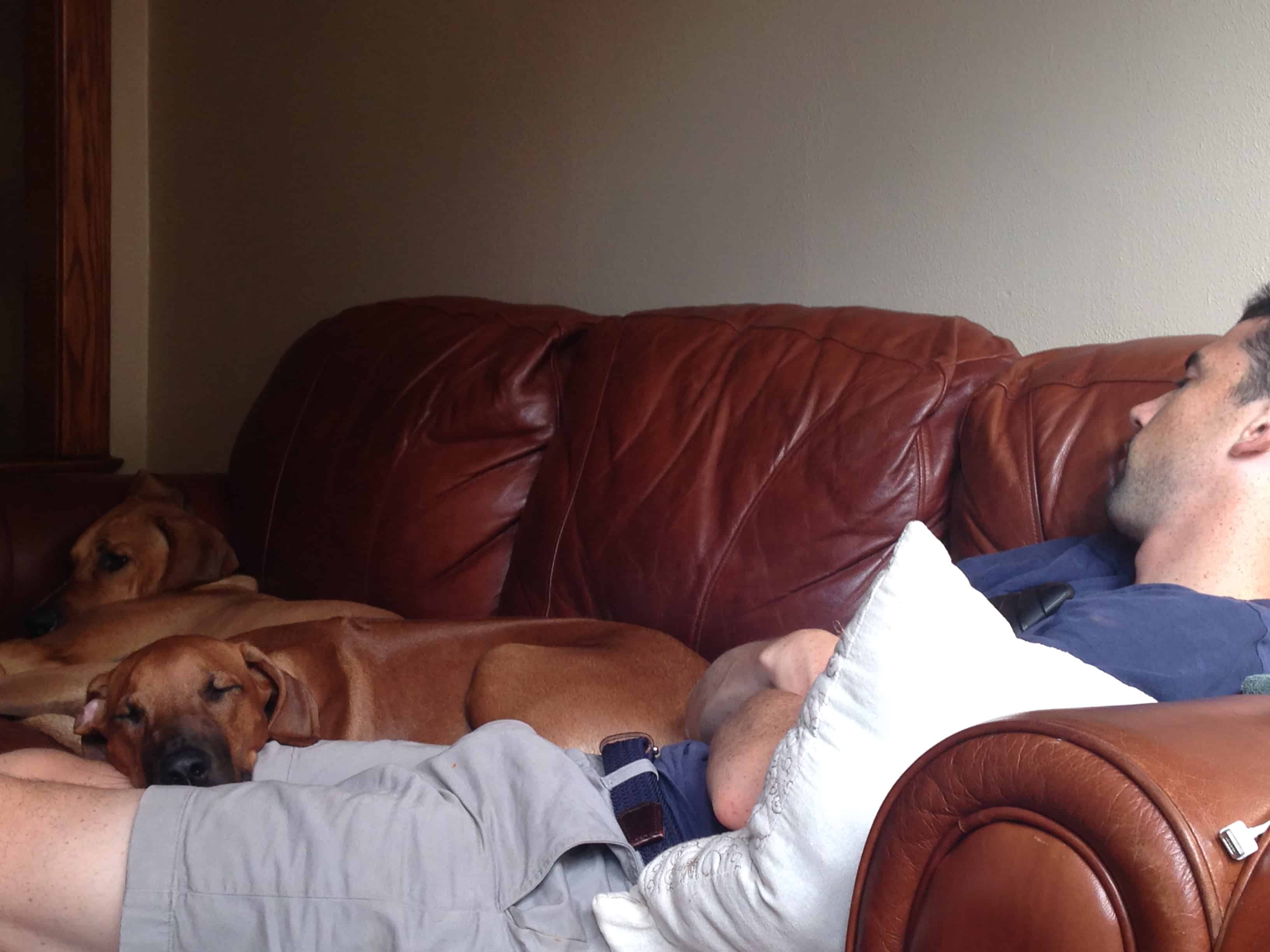 Your dog flees as you stomp toward him shouting colorful invective. He cowers but you are unmoved. You begin by lying to yourself. It can be fixed! If you just move this cushion here, put a blanket over there and everyone sits on the couch blindfolded, no one will ever know. Eventually, while trying to staple two pieces of leather back together, you accept it is hopeless. You give a rueful laugh. What else is there to do? The familiar sound elicits a nearly imperceptible tail wag from your dog. It’s a flick of the tip anybody else would miss. But you know him better than he knows himself, so you perceive it perfectly 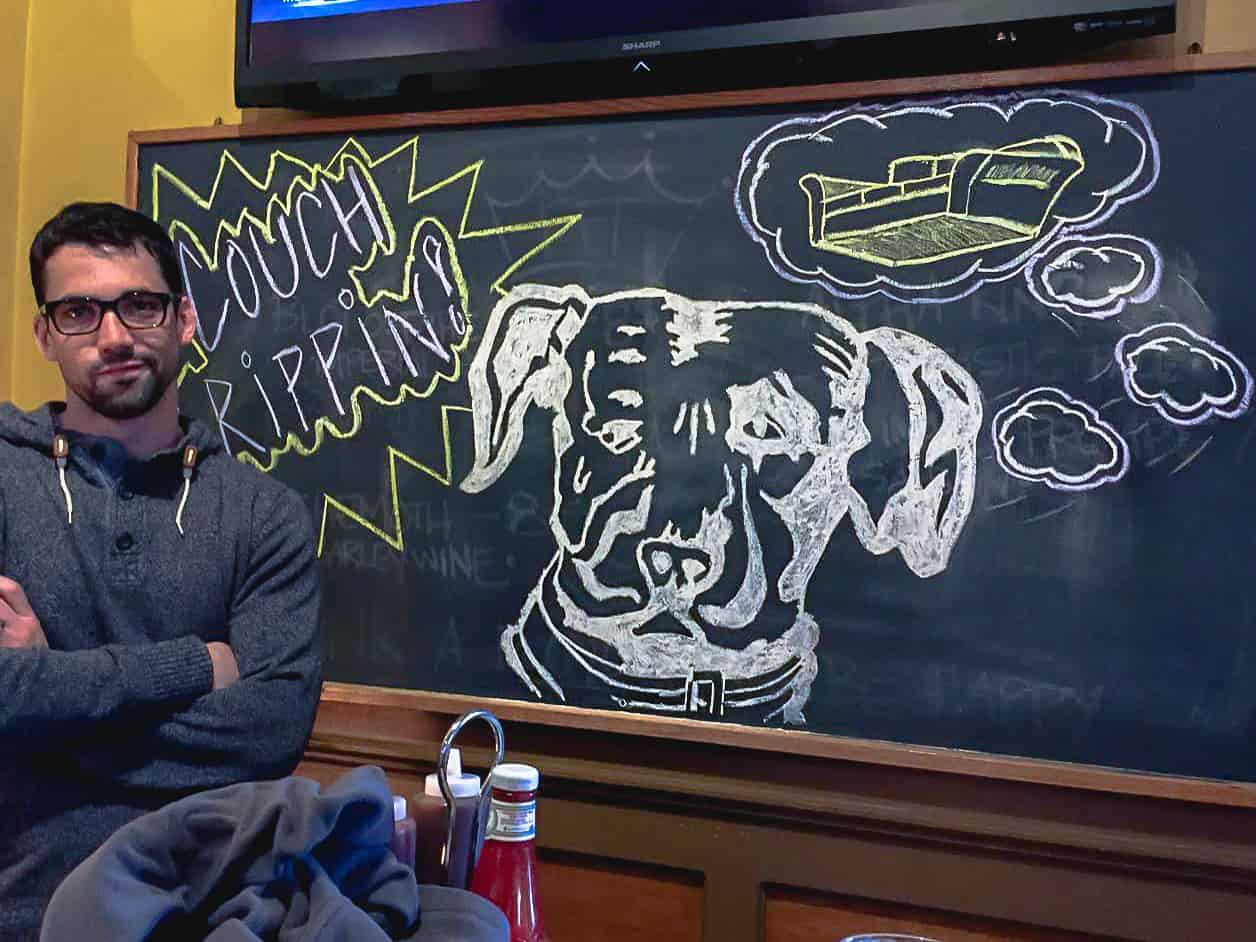 “Oh no, you are still in deep trouble!” you remind him. He shamefully ducks his head as you grumble the rest of the lecture under your breath. “I paid a lot of money for that couch. I carried that heavy thing up and down flights of stairs through two moves, nearly killed myself to get it through the door of the apartment and you just ripped it to shreds.” You trudge past your deflated pup to survey the situation anew and realize it is worse than you thought. When cleaning the maelstrom you assumed he destroyed one couch, but in fact he’d sampled both of them. The one is beyond salvageable, but a couple of its ripped cushions and scarred parts can be used to patch the other. 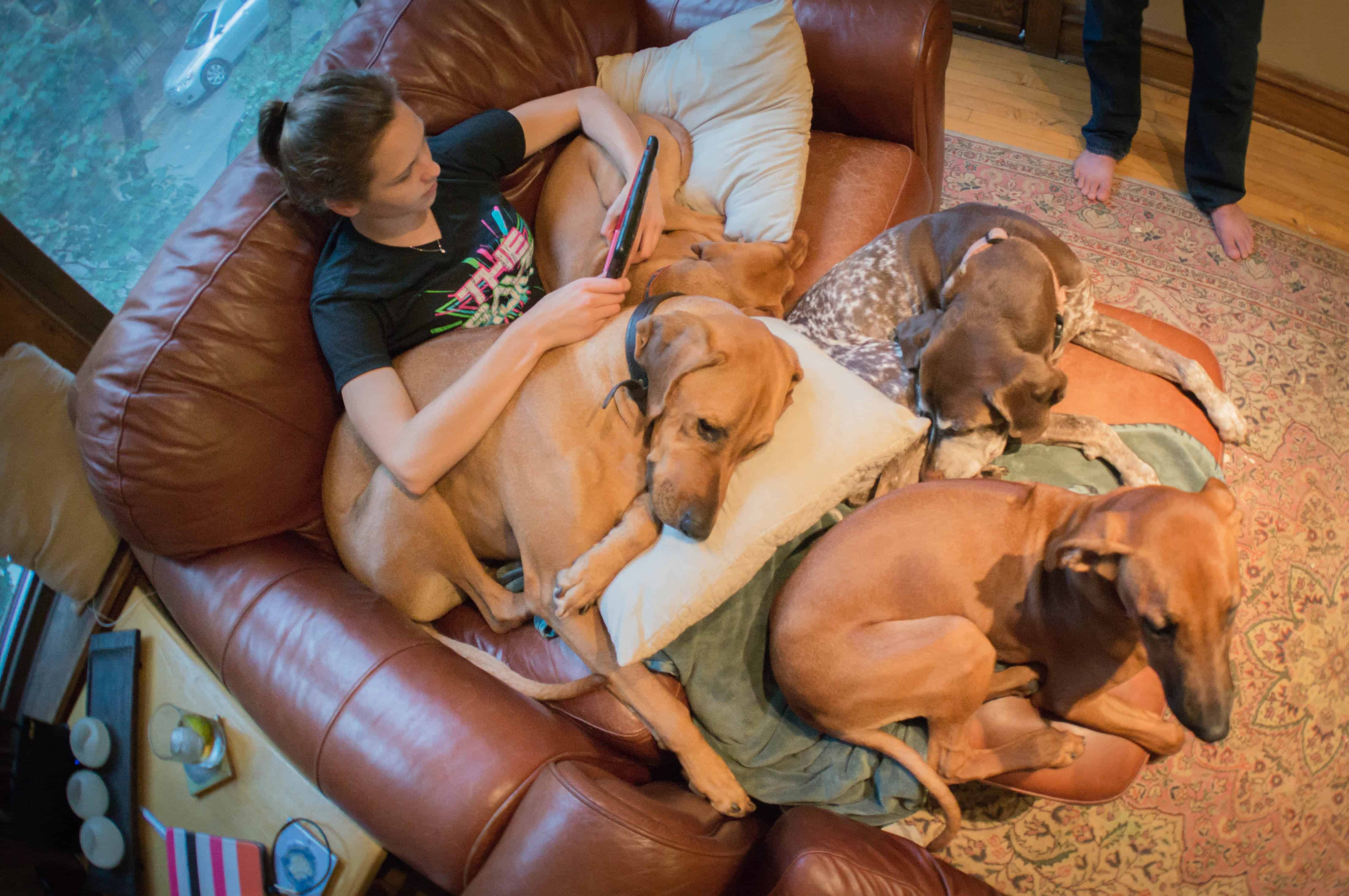 Even Victor Frankenstein would consider the result of your surgery unholy, but hey, at least you have a place to sit. So you do. It’s uneven and lumpy but you’re too tired to care. You feel your dog looking at you before you see him. You lift your head to meet his eyes but you already know what you’ll see there. Fear. Dogs are creatures of this moment, all consumed by the present. His is an all-consuming fear. Will he have to spend the rest of his life cowering in your presence, without your love, because of a couch? 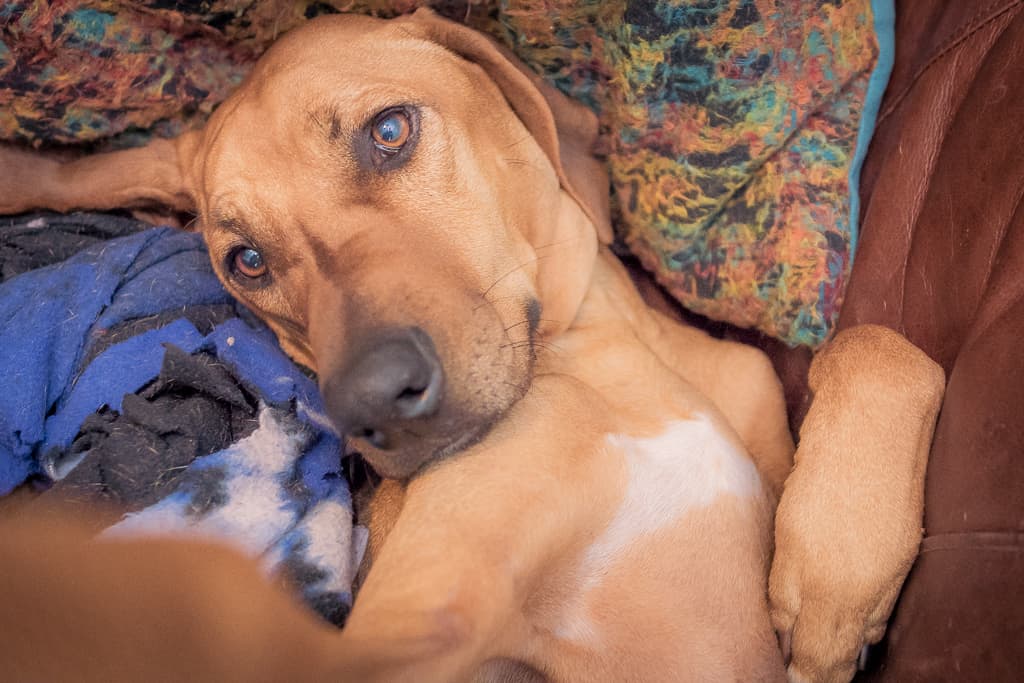 Of course not. But he doesn’t know that. You do. Despite the overwhelming evidence, your dog was right – he’s innocent. So you laugh. A real one. That sets his tail wagging wildly because he knows you just as well as you know him. And in knowing you better than you know yourself, he’s shown you places in your heart you never would have discovered otherwise. You remember your mother once saying, “I always wanted a white couch, but I decided to have children instead.” You laughed at the joke then, but only now begin to appreciate its truth. You choose the neat, clean comfort of things, or you choose the mess that is love. You choose the mess. Or maybe the dog chooses it for you. It doesn’t really matter though because you share the love. 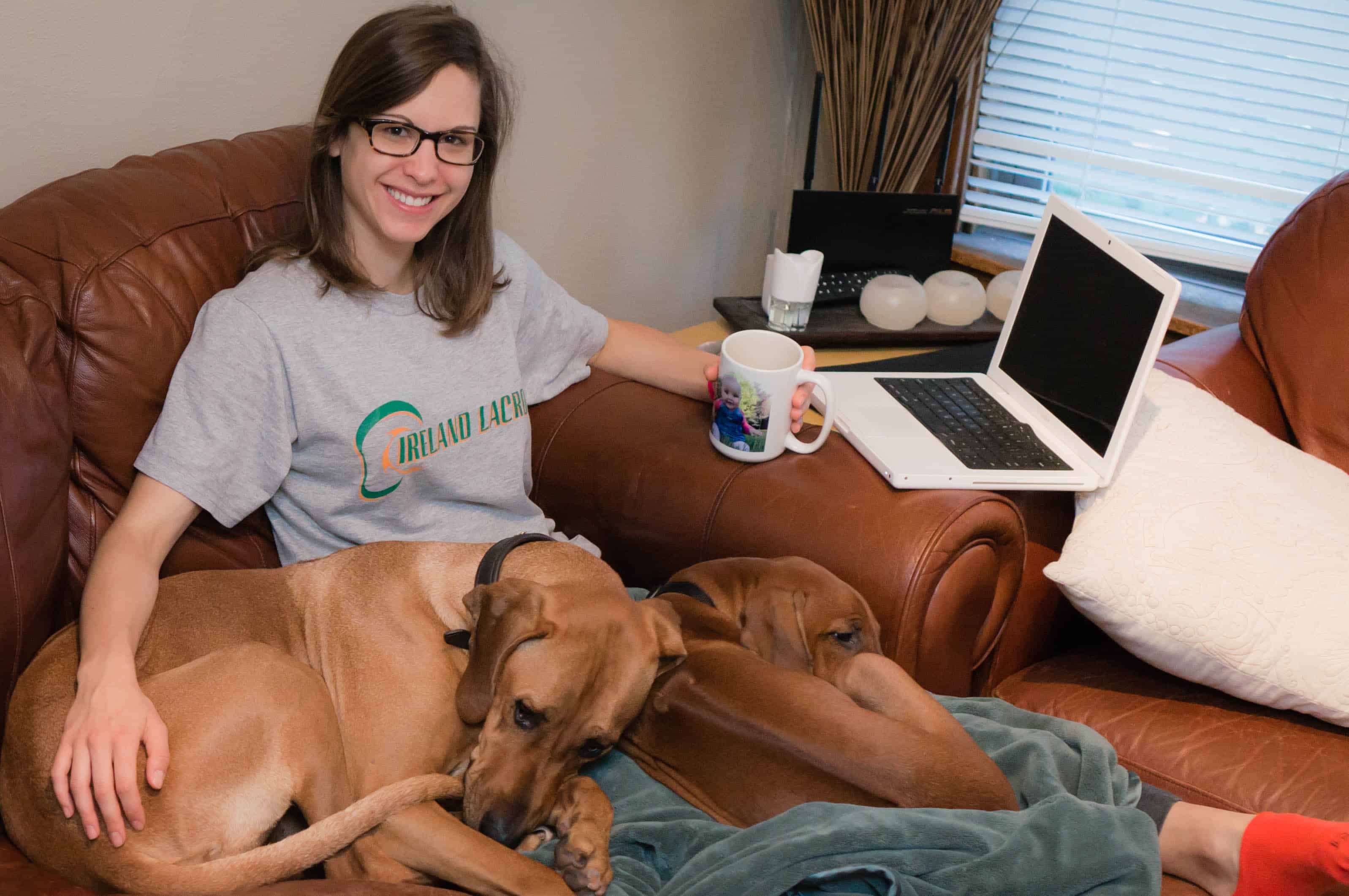 You call to your dog and he jumps into your arms, sinking you both in the dilapidated cushions. He licks you and paws you and smothers you in unencumbered delight at the reprieve. That was a bulky couch, you think, cradling your dog in your arms. Much too big for the space anyway. You retrieve treats from the cabinet and give him one. Then another. After all, he was magnanimous about accepting your apology. Out of habit, you move your “favorite” couch with you to a new apartment. It’s further dismembered when you saw off the legs to fit it into your office. It first serves as a glorified dog bed, then as a place to cry when you suddenly lose the dog who destroyed it, then as a place to reshape your arms and your heart around a new pup. 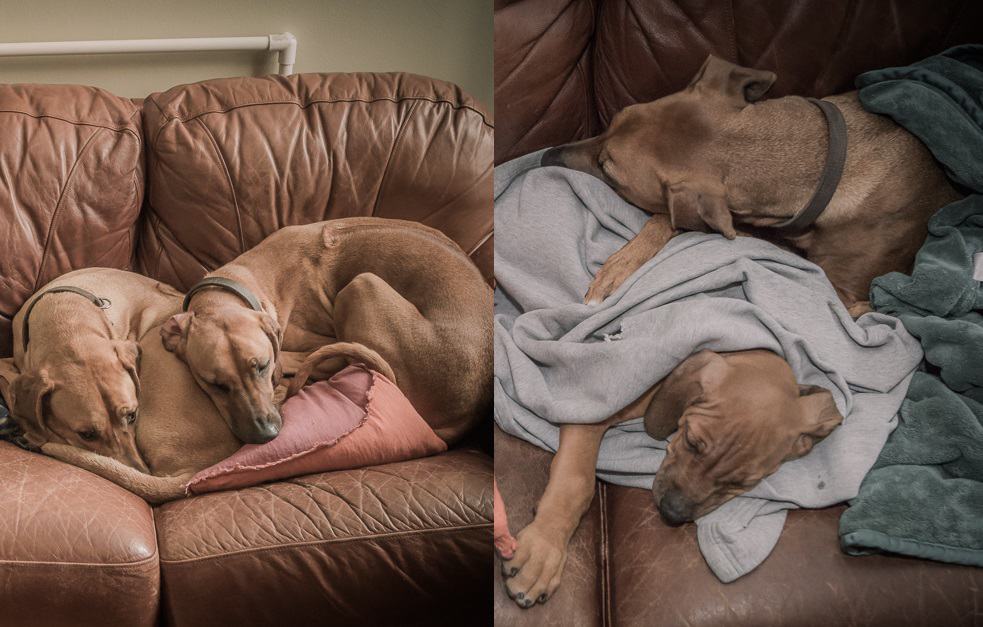 One day you decide it is finally time to junk the couch. There are holes in it larger than your newborn son. You haul the patchwork monstrosity down the steps one final time and heave its weight into the dumpster. You look at the couch and return to that moment. When your anger over a piece of furniture momentarily superseded your capacity for love. And when your dog absolved you of that sin. (Even if he had provoked it in the first place.) You laugh because that may be your favorite memory of the couch. Or it could be the times your wife and dog fell asleep in front of the fire on it. Or it might be the quiet Sunday mornings spent reading there with your dogs curled up next to you. 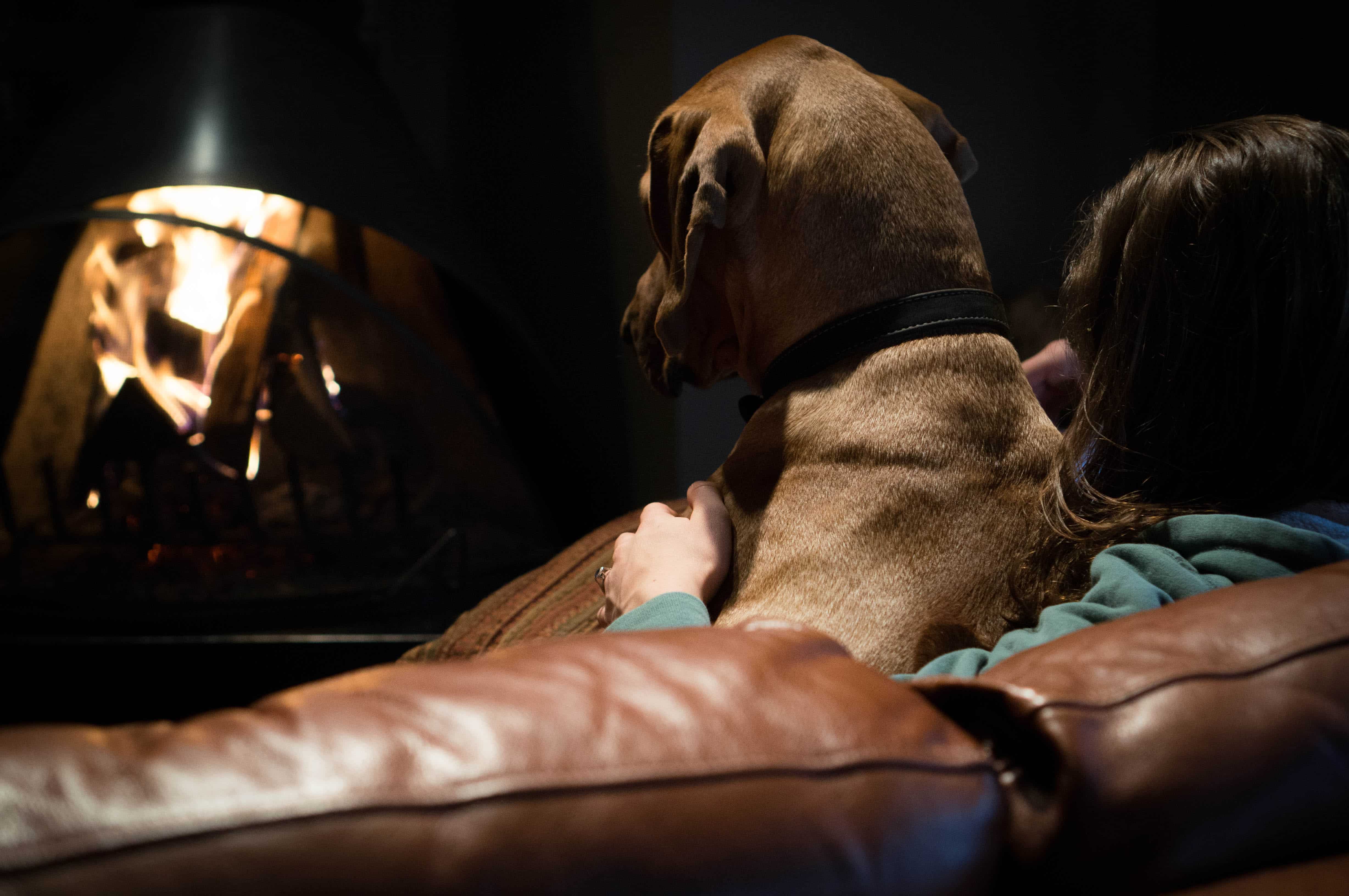 You realize you never really gave a damn about the couch. In fact, you can barely remember what it looks like. It was always who you were with that mattered. You never had a favorite couch. The only thing your dog destroyed that day was the idea a couch – or anything else – is worth more than love. You buy a new couch, but you don’t worry about it too much. Same goes for everything else you own. One way or another these things – favorites included – will all be forgotten. In the early darkness, before the sun rises above the lake, you load your sleigh with the things worth remembering – good people and good dogs – and head east for Christmas. A few gifts will be shared. None more important than the ones you share them with. Still, it’s easy for you to lose sight of that truth and mix up what’s important. When that happens, you reach for a snow globe on the shelves of your memory, look at the dog within, and smile. No couch is worth remembering. No love is worth forgetting. 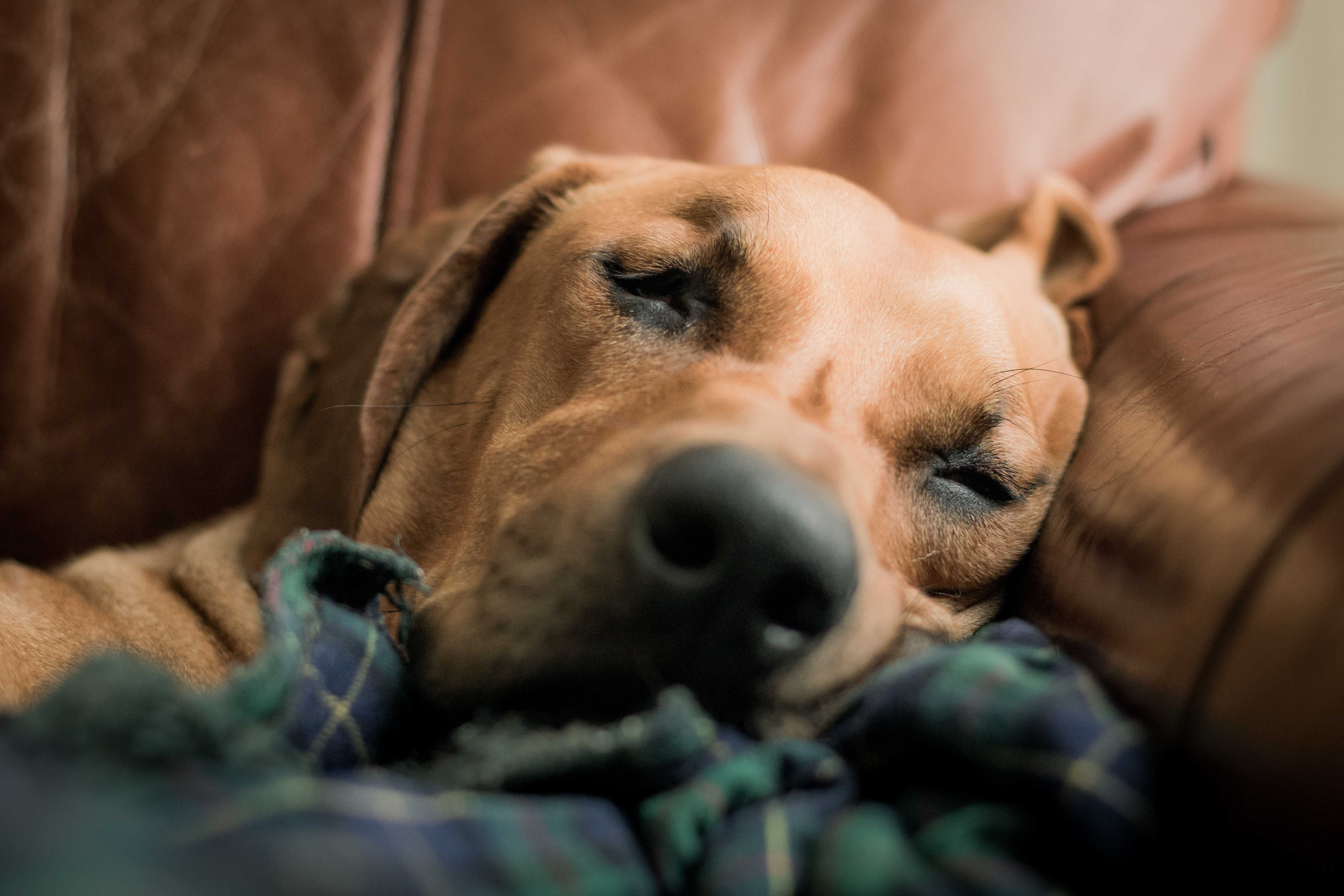 ——– We’re on the road today and will be in NJ through next week. Safe travels and warm wishes to all. Merry Christmas!
Previous Post [VIDEO] Baby Proofing Our Dogs Back to all posts Next Post [VIDEO] 2017 – A Rhodesian Ridgeback Review

Comments for Your Favorite Couch