Before putting buns on the grill at a Fourth of July barbeque, Penny and I got our buns grilled at our very first agility class with Chicago Agility. It was a great training experience for us both.  When we walked in, neither Penny nor I was certain

Before putting buns on the grill at a Fourth of July barbeque, Penny and I got our buns grilled at our very first agility class with Chicago Agility. It was a great training experience for us both. 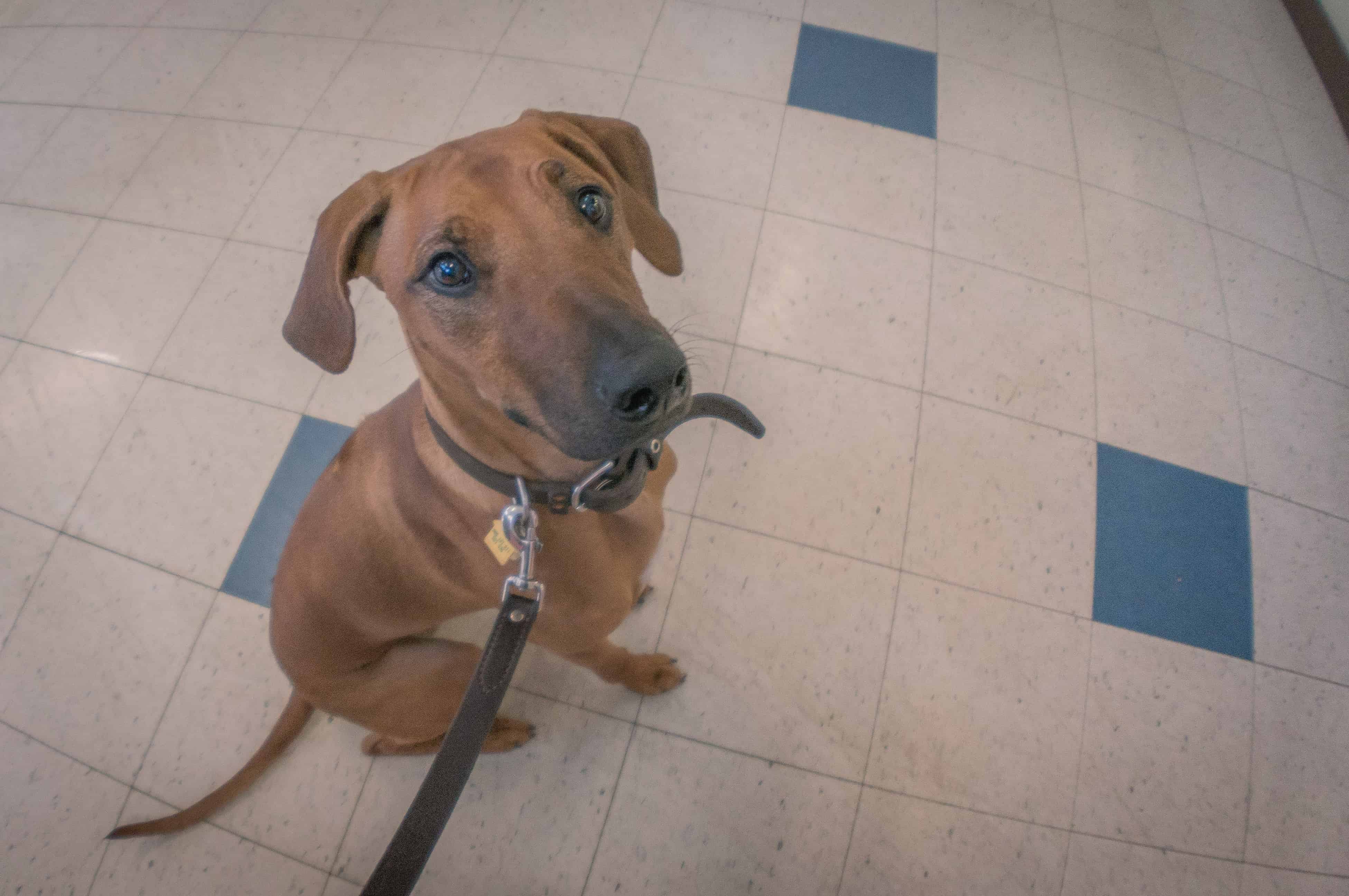 When we walked in, neither Penny nor I was certain what to expect 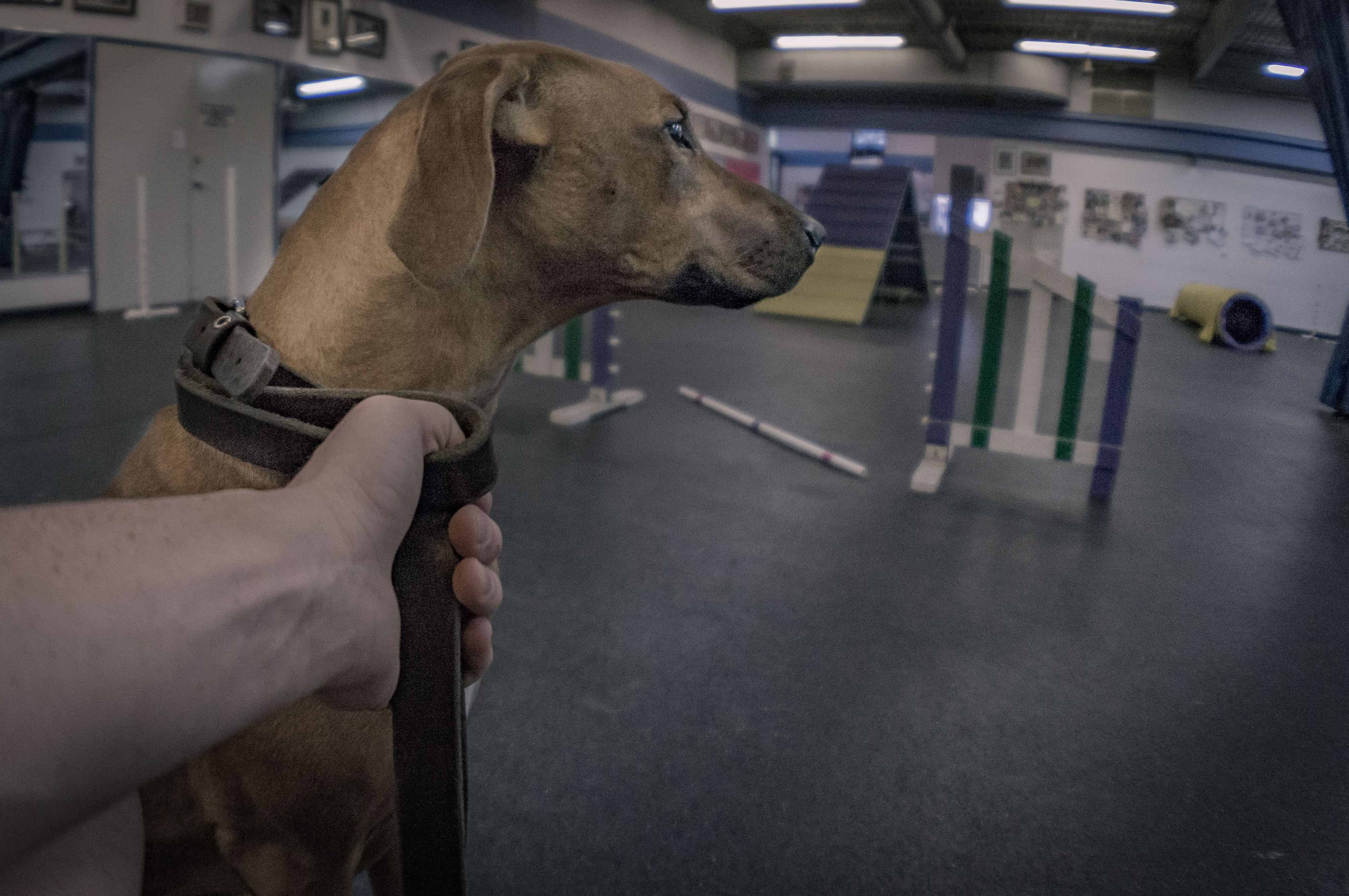 Despite having run for an hour at the beach earlier that afternoon, Penny was still itching to let loose at the beginning of the lesson

Dee, the Director of Training, is part ringleader, part maestro, and 100% awesome. In just our first class she dropped so much new training knowledge, tactics and strategy on us that my head is still spinning.

What I enjoy most about the class is the focus and attention it requires from both Penny and myself. 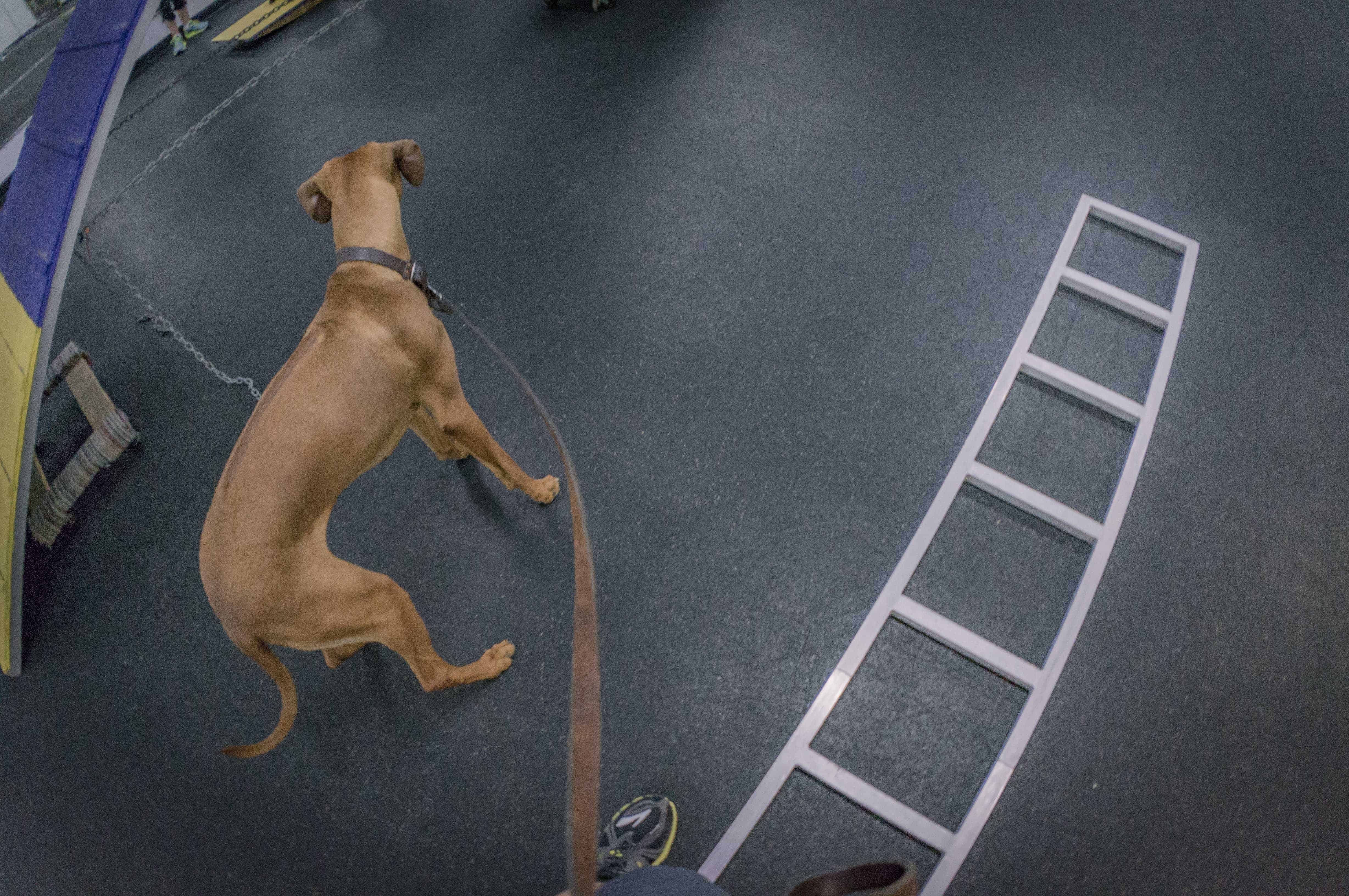 Of course, Penny wasn’t focused on me at first – she just wanted to romp with the other pups 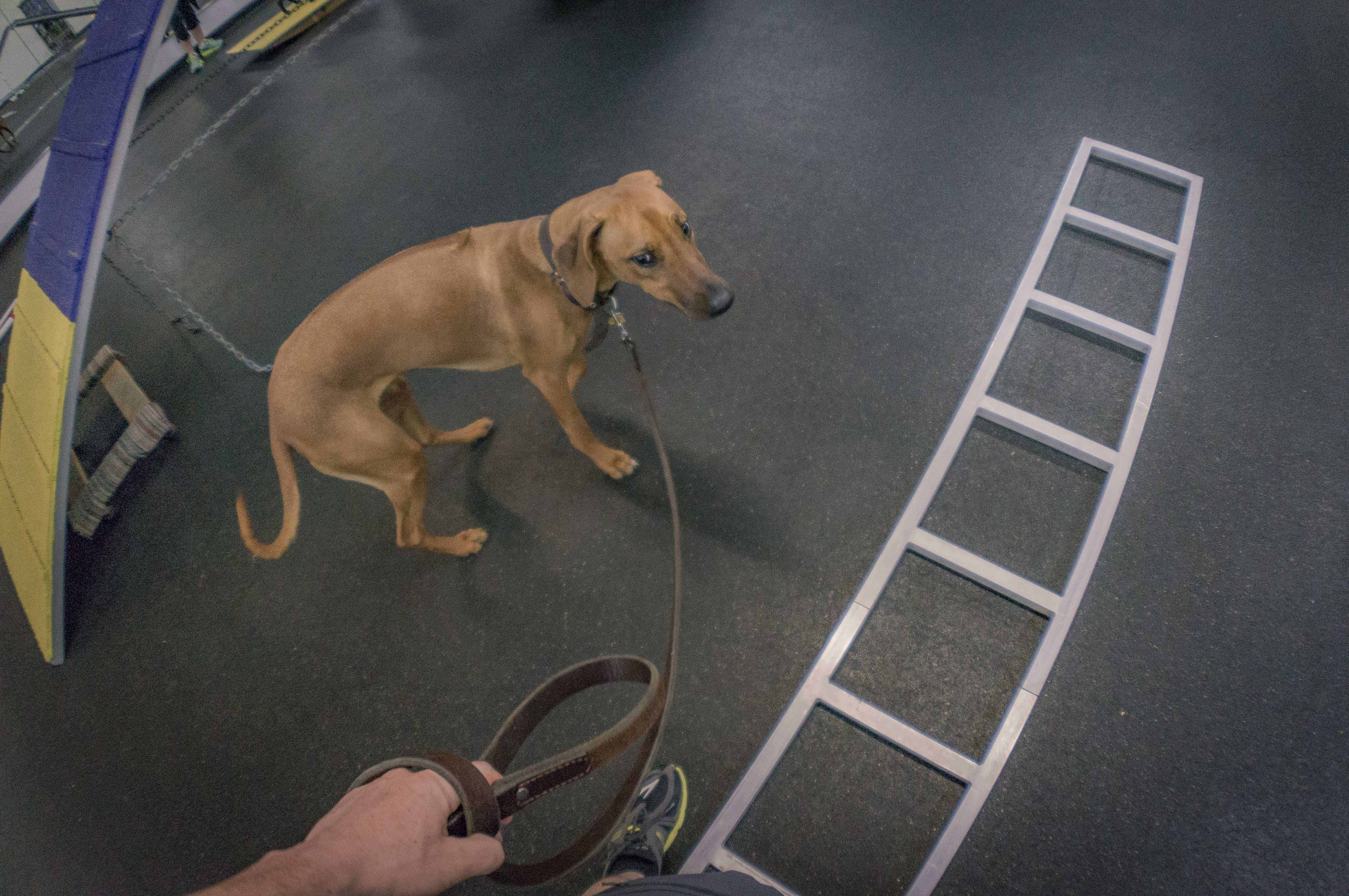 When I wouldn’t budge, Penny gave me the stink-eye and resigned herself to sniffing around the ladder 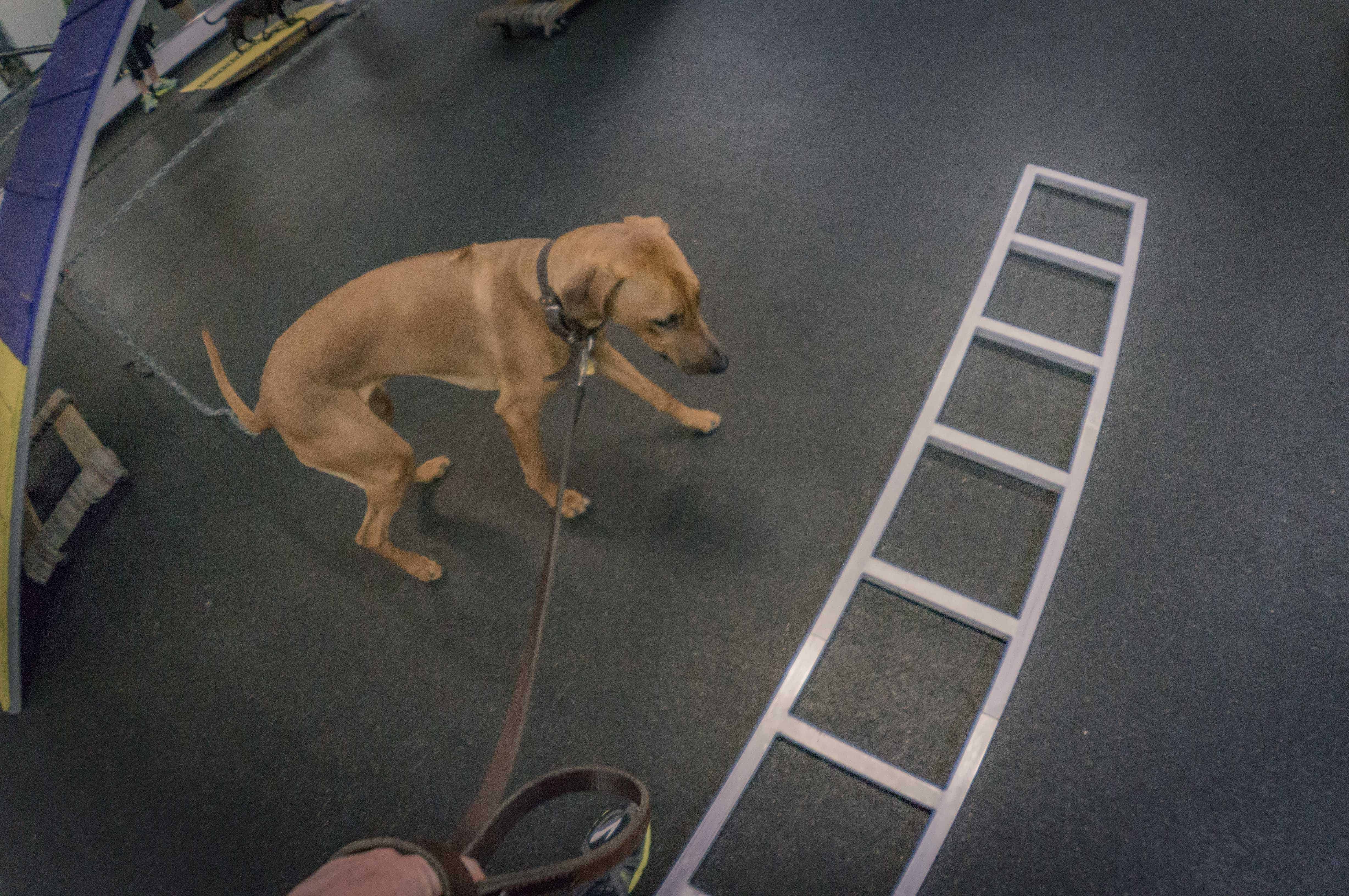 Which is just what we were hoping for! We’re taking baby steps to shape a positive relationship with the equipment. Each time Penny interacted with the ladder she got lots of treats and praise 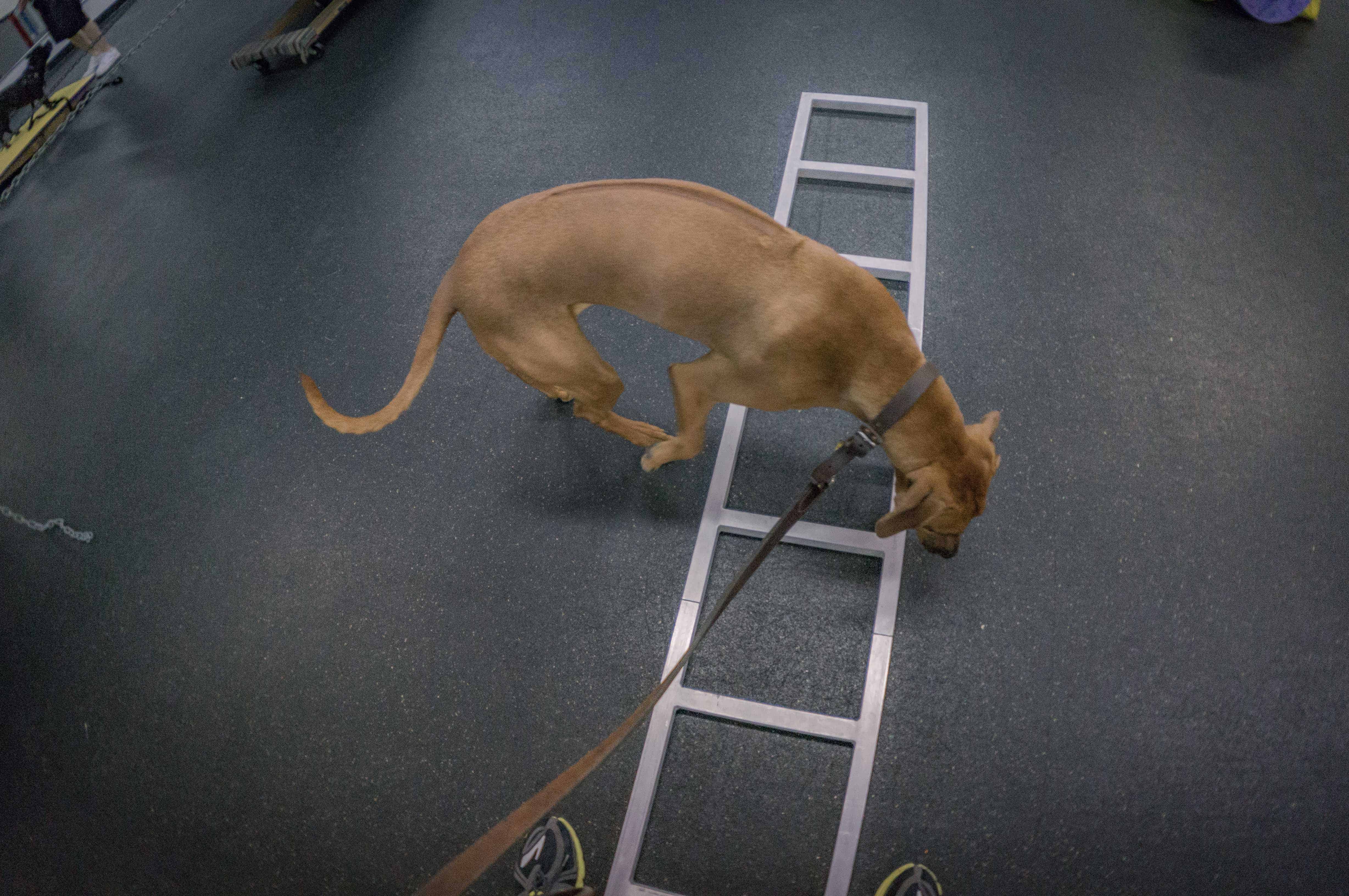 By the end of the exercise Penny was practically a firefighter with the way she was going up and down the ladder. Granted, it was not even close to the right form, but we’re only just getting started 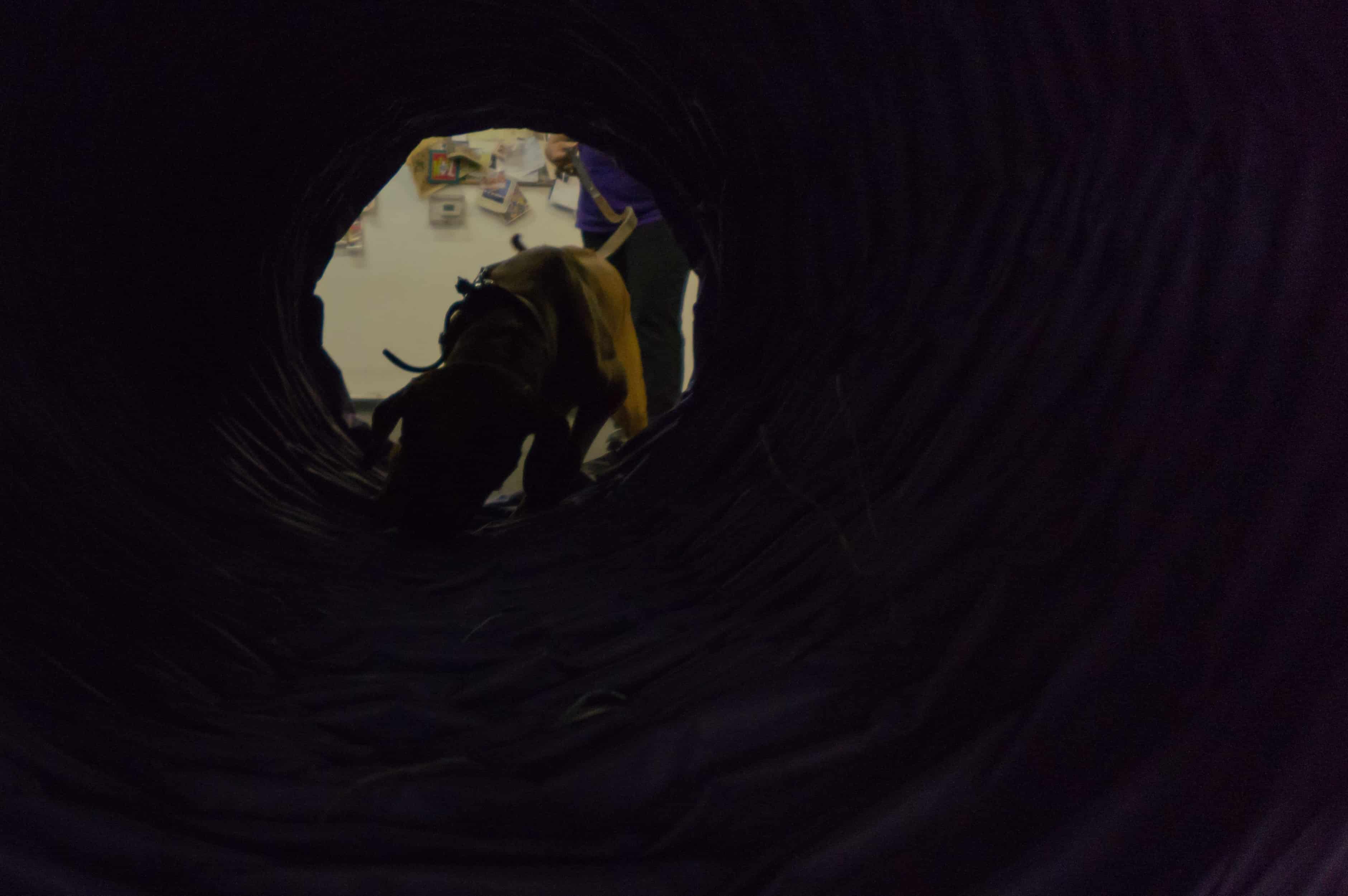 No that’s not an evil creature (well, I guess it depends on who you ask), that’s Penny checking out the tunnel at the end of class 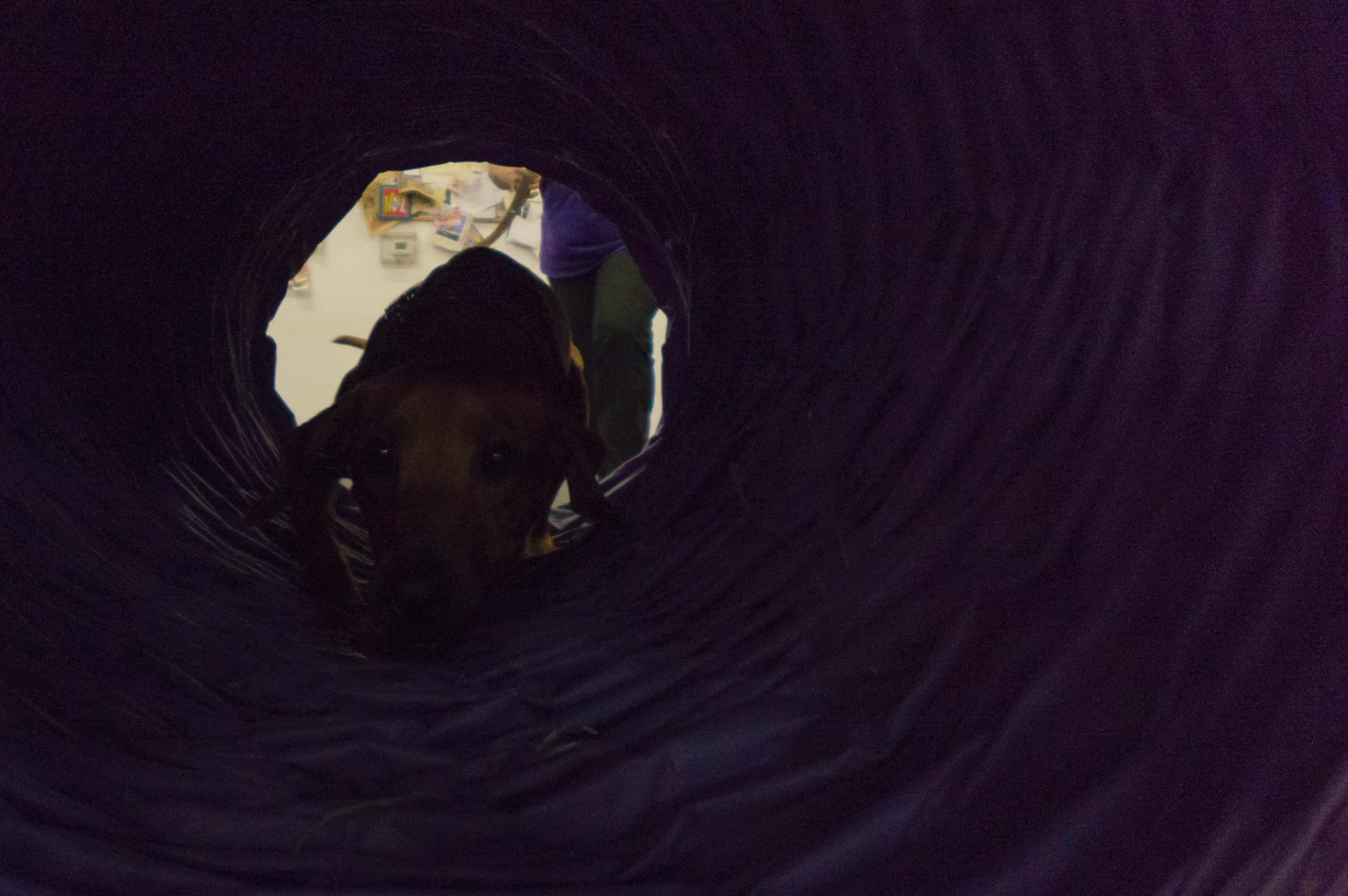 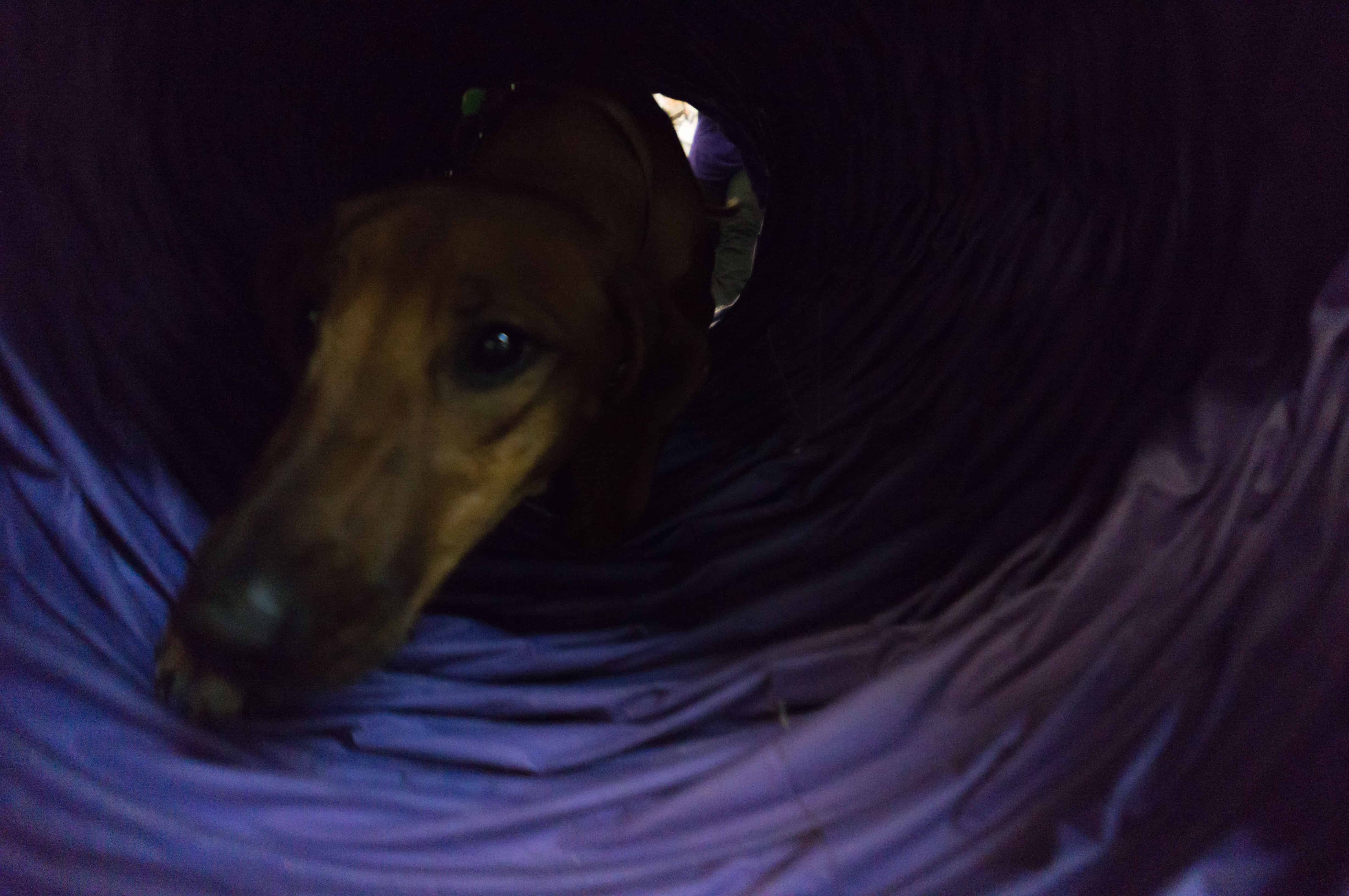 Ok, no guessing needed. It was a prison break. The inmate was quickly apprehended 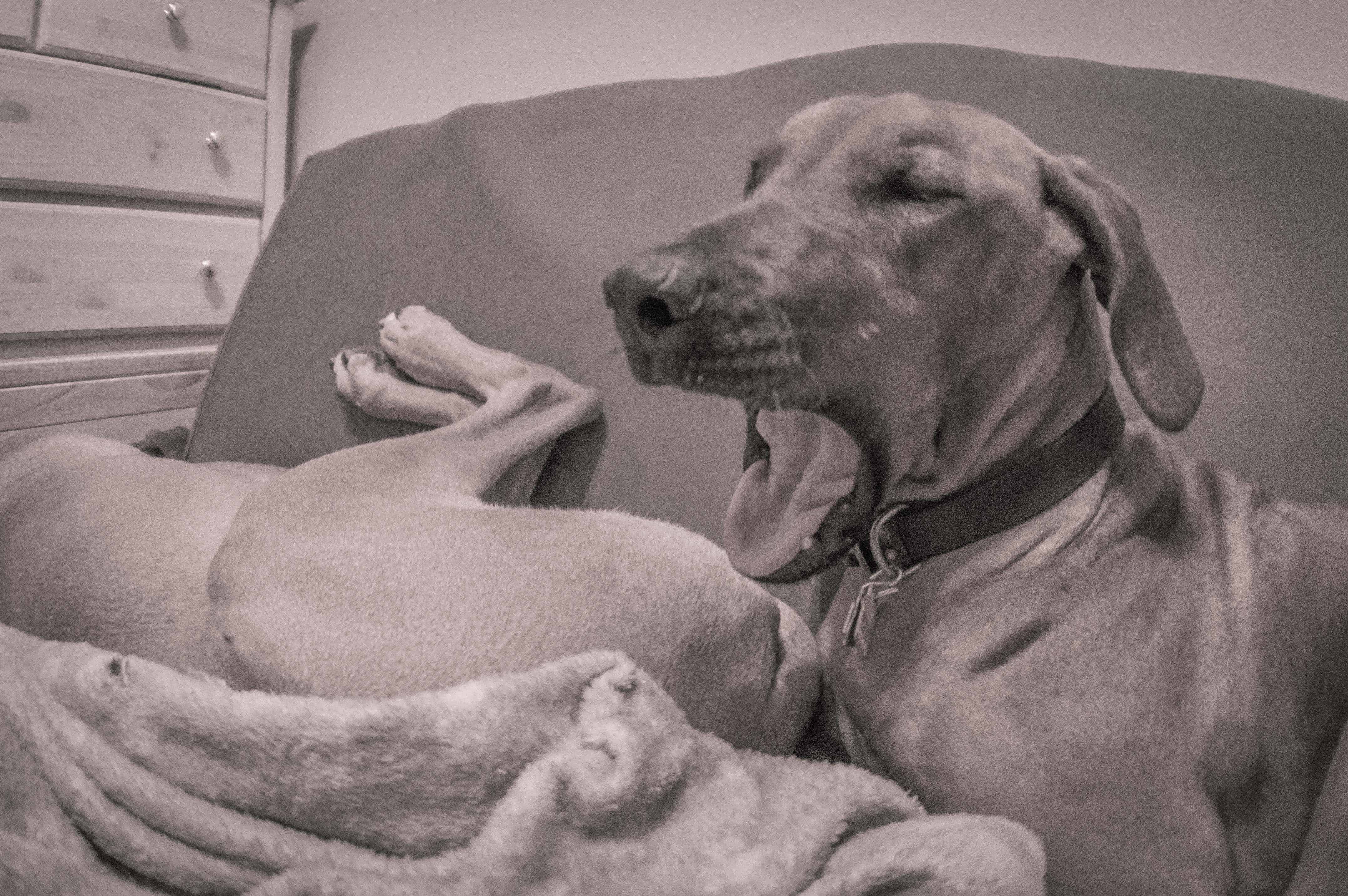 I think this agility class is going to be great for Penny, me and Eko’s sanity. He’s certainly earned some quiet time. We have plenty of homework to keep us busy so I’ll be sure to share some of the fun training-exercises we learn along the way.

Hope everyone stateside enjoyed the holiday!

Previous Post [VIDEO] Happy Birthday America! Back to all posts Next Post How to Win Friends and Influence Dogs