In New Jersey the closest thing we have to a cowboy is Naked Cowboy in NYC. But as Eko and I discovered during our time in Texas, real cowboys do not play guitar in their underwear in Times Square.  Yesterday we continued our cowboy education with a visit to 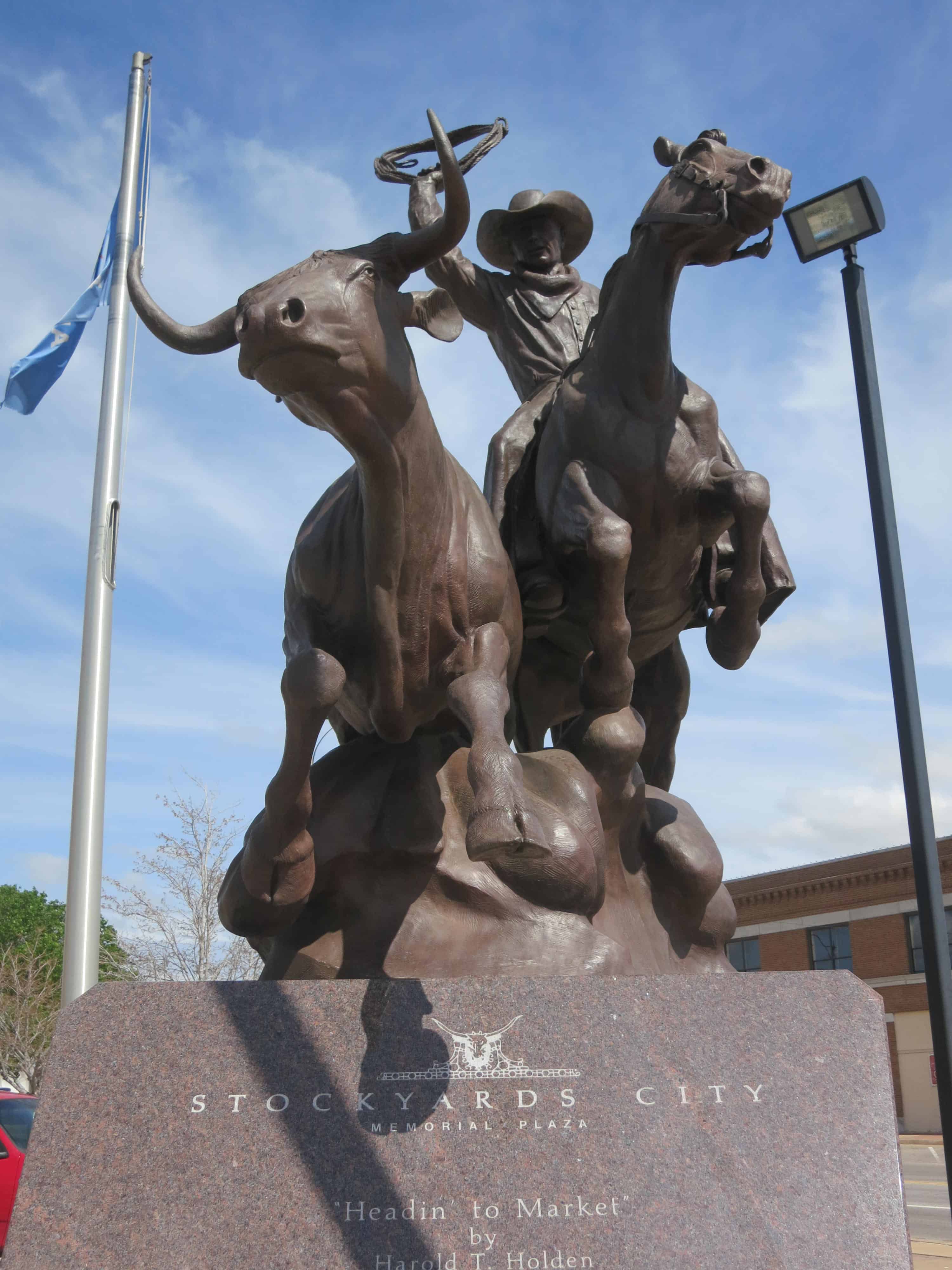 In New Jersey the closest thing we have to a cowboy is Naked Cowboy in NYC. But as Eko and I discovered during our time in Texas, real cowboys do not play guitar in their underwear in Times Square.  Yesterday we continued our cowboy education with a visit to Stockyards City, an Old West area within OKC that caters to real cowboys and cowgirls. While most people drive cars to the market, cowboys drive steers

The streets of Stockyards City are so convincingly Old Western that I wouldn’t have been remotely surprised if a gunfight broke out at the saloon.  But Stockyards is not just for East Coast tourists, there is also plenty of real work that goes on as well. Not sure exactly what stocker and feeder means, but I’m pretty sure it has to do with hamburgers Despite my compelling demonstration, the International Pro Rodeo Association did not think that “Ridgeback Wrangling” was the next big thing for their sport

The people who work at the businesses in Stockyards City are used to dealing with wild animals, so they felt right at home around Eko.  And if you ask, there are a number of retailers that are happy to let you bring in your pup while you browse for the perfect pair of chaps.

It looks like we may have gotten another reprieve from the rain, so we’re going to make a dash over to Paw Park for a run.  We’re also looking for some more adventures in the area, so let me know if you have a favorite spot in mind!