From Strangers to Siblings

Much like NASA, we here at Marking Our Territory look for “The Right Stuff” in our new recruits. The road-trip-test is one of the toughest challenges and I’m happy to report Penny passed with flying colors. Just one week ago, Eko wasn’t sure Penny had what it took to join our

Much like NASA, we here at Marking Our Territory look for “The Right Stuff” in our new recruits. The road-trip-test is one of the toughest challenges and I’m happy to report Penny passed with flying colors. Just one week ago, Eko wasn’t sure Penny had what it took to join our crew. When Penny eagerly introduced herself to Eko for the first time I hoped it would play out like a chummy Disney movie. Instead, Eko played the part of Clint Eastwood with a matching growl and scowl.

My best decision of last week was the decision to do nothing. I didn’t try to coax Eko into proximity to Penny and made no changes to Eko’s schedule. He got his usual runs and walks. In his own time Eko chose to try out a romp with Penny. 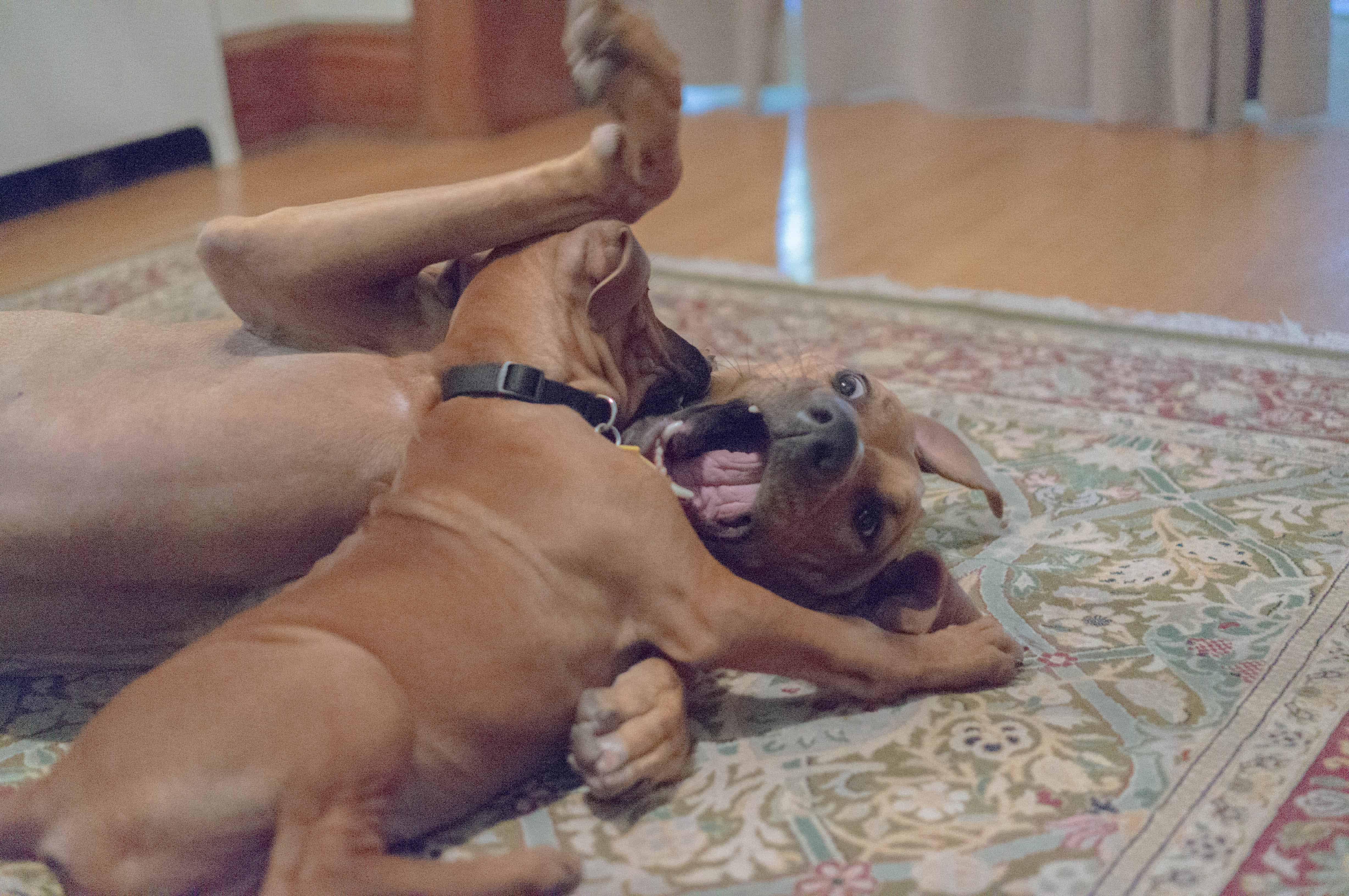 I was a bit nervous at first and thought Eko might overwhelm or injure Penny. I worried a rough first outing with Eko would make Penny timid around him in the future 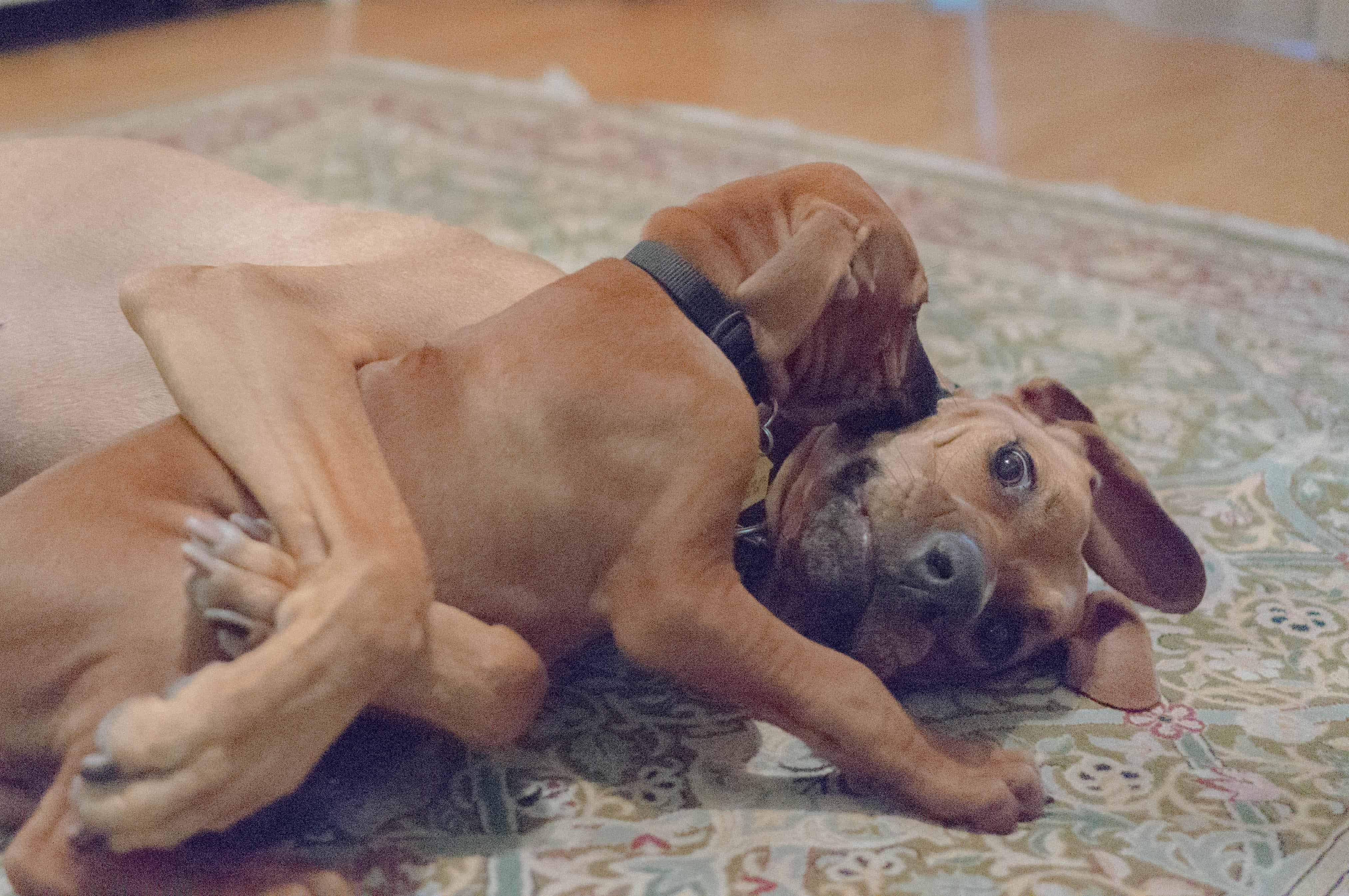 “Me, too rough? Never! Just giving Penny a hug”

The two had a great time wrestling and I was happy to see Eko warming up to Penny. And despite getting beat up by Eko, Penny had no qualms about venturing into the mouth of the lion. 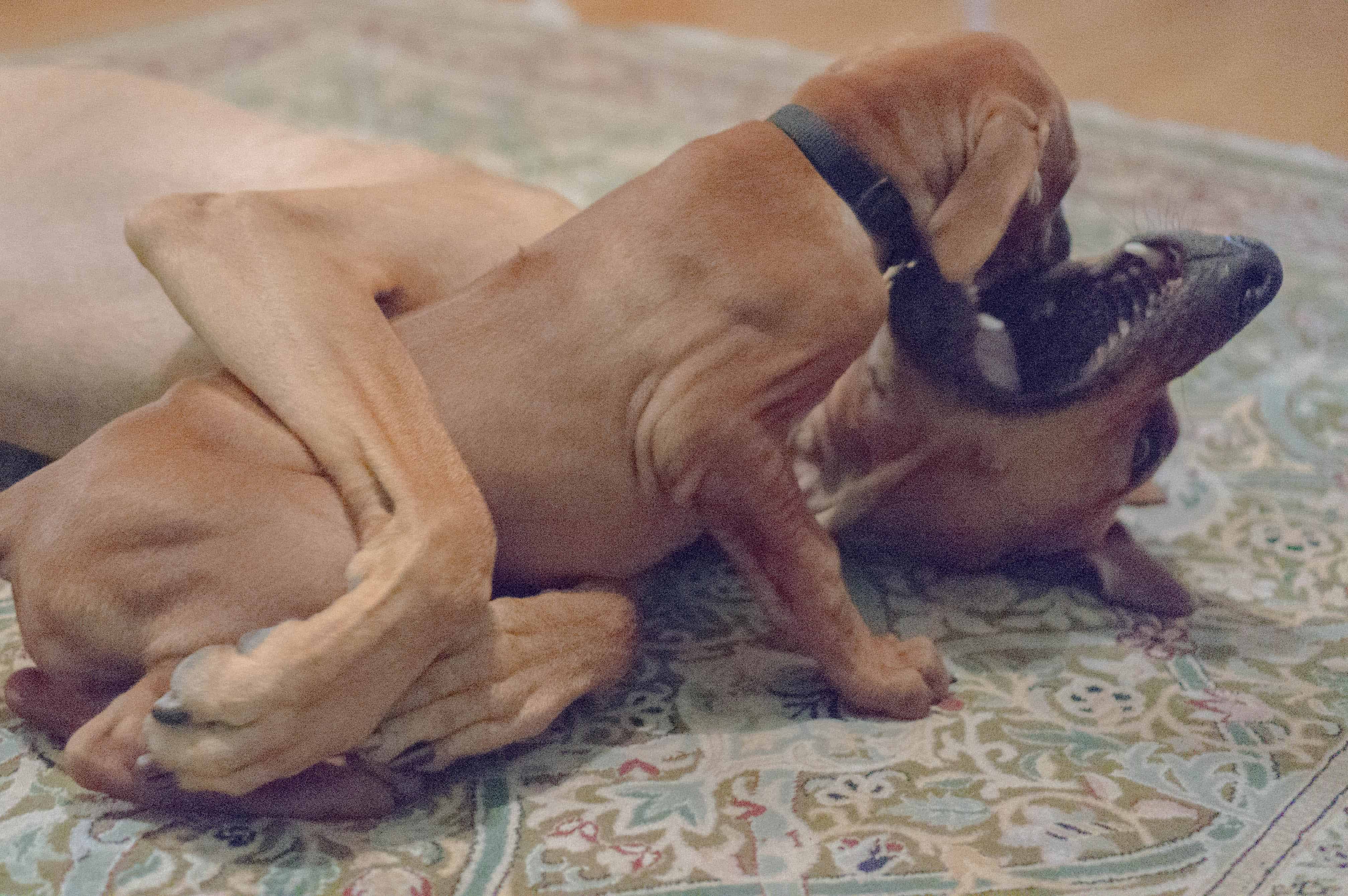 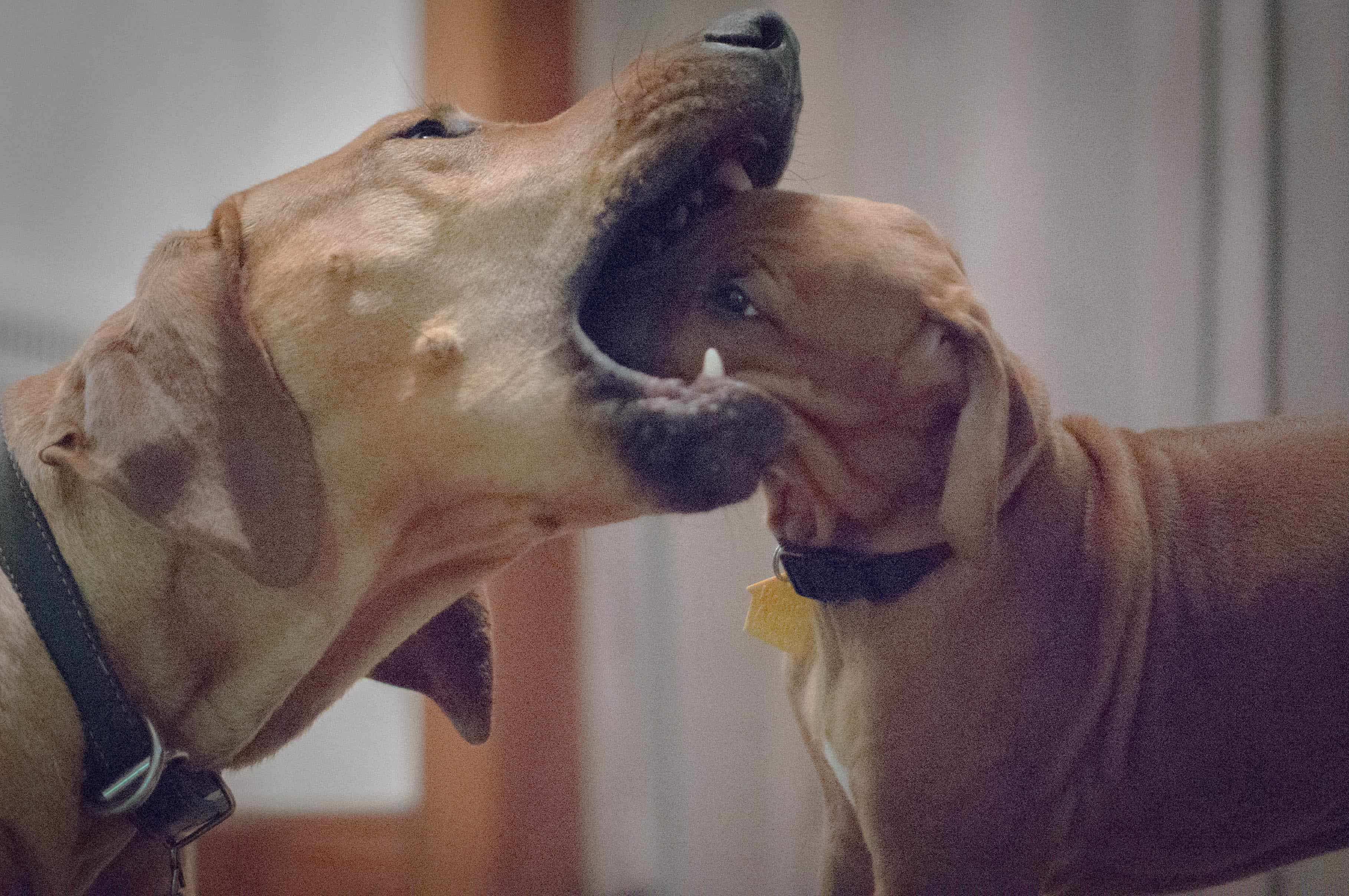 “Glad to see you’ve been brushing”

After that initial encounter, Penny and Eko really hit it off. Where Penny once steered clear of the big grouch, she now follows Eko wherever he goes. Eko has also been great about not overwhelming Penny. 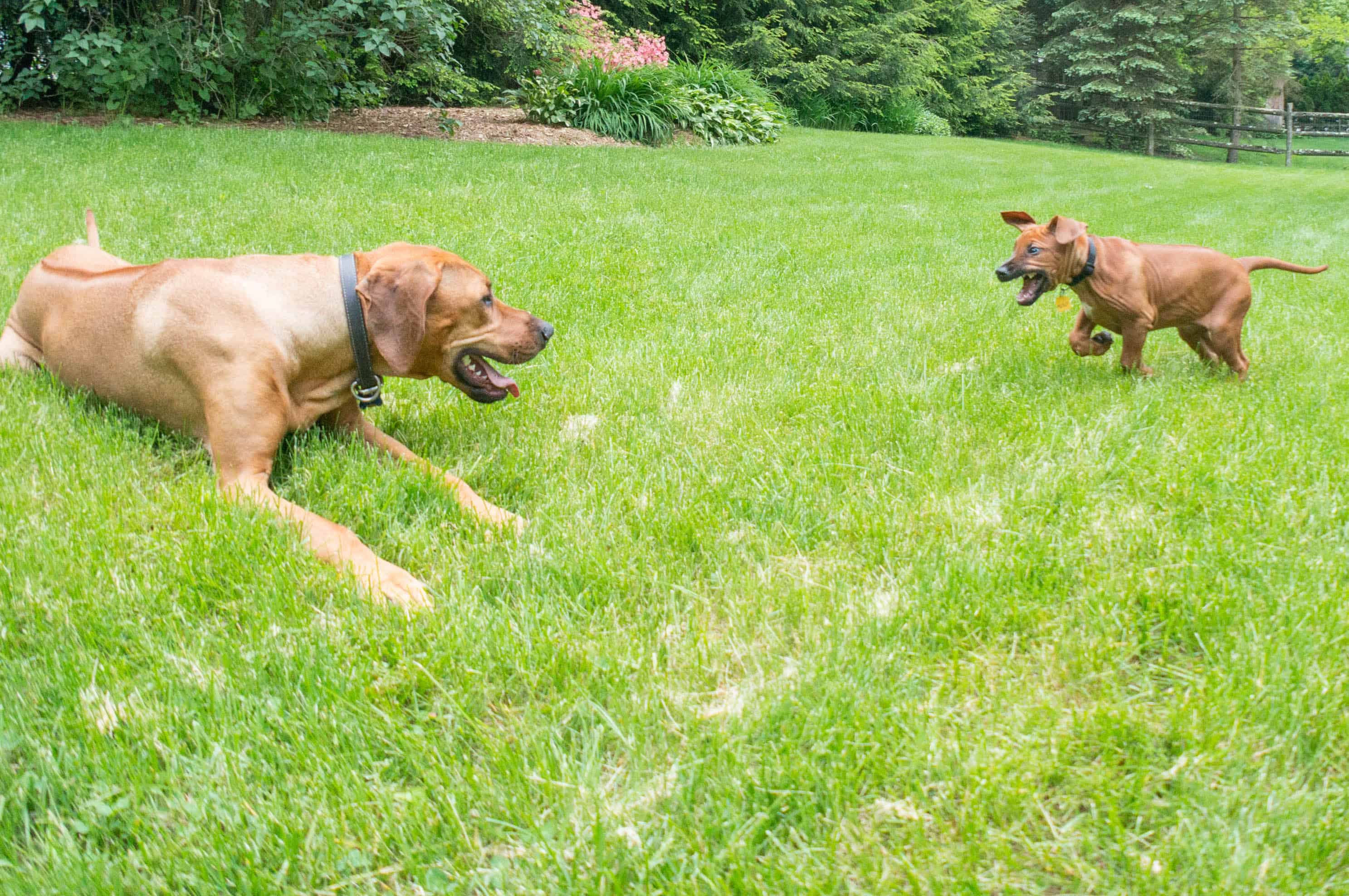 While Penny always goes full tilt, Eko dials it back to make sure the little tot doesn’t get hurt

While Eko was delighted to romp with Penny, at my mom’s he still preferred to keep the whole couch to himself. Last night when we got home it was more of the same. 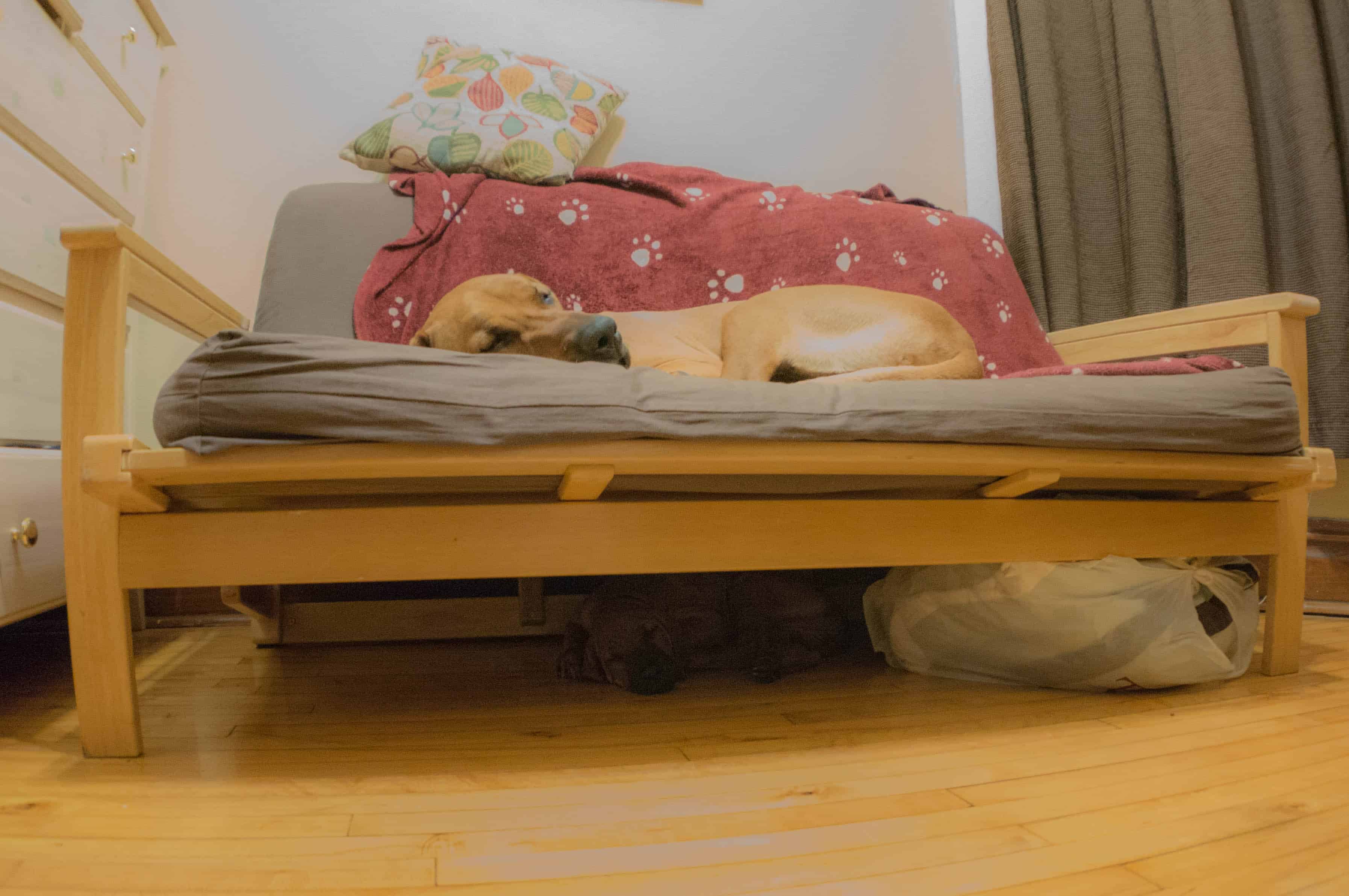 Can you spot Penny?

Although she had been shut down before, Penny boldly squirmed up to the futon. Eko growled and grumbled as expected. But then… 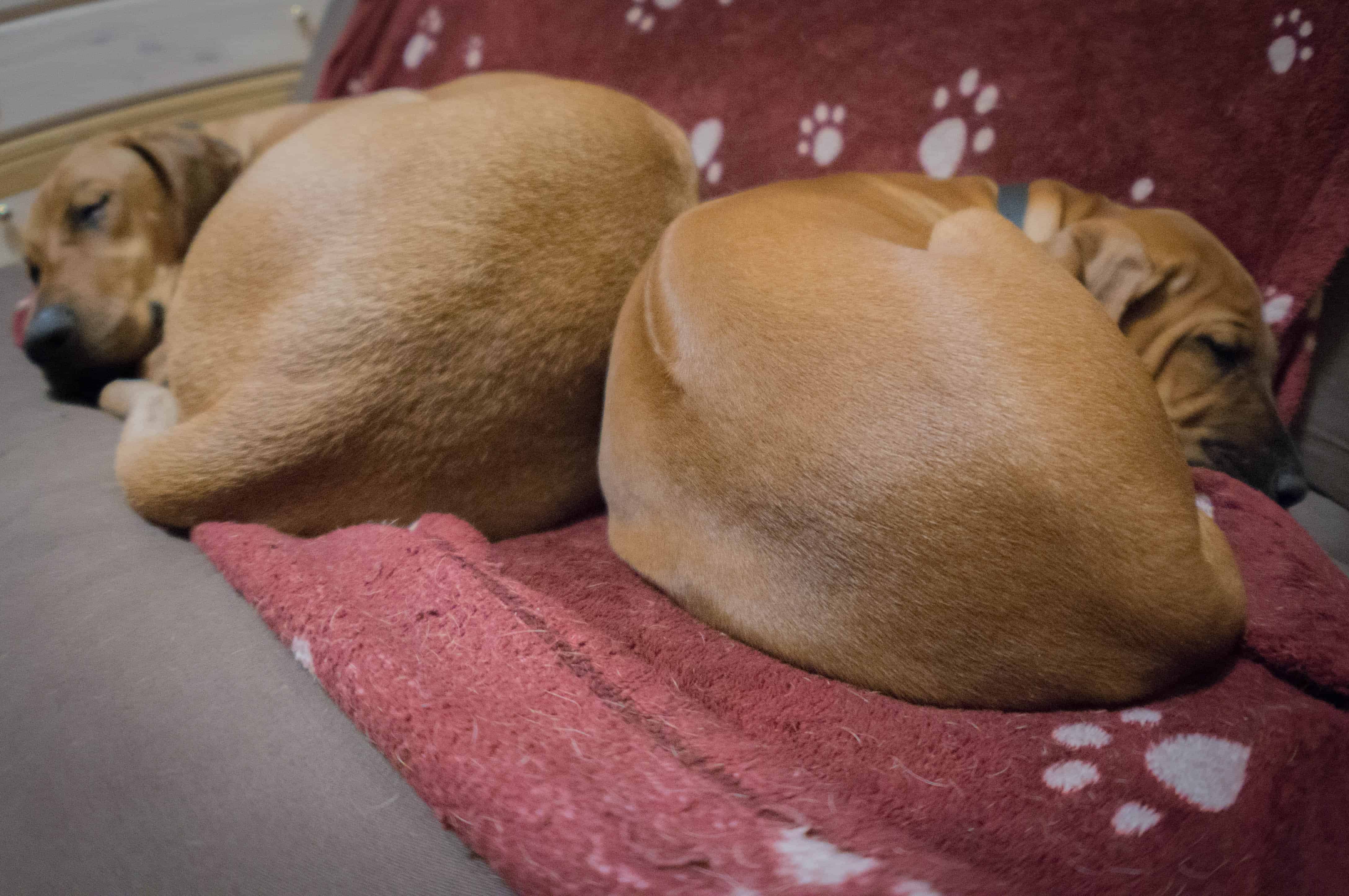 He let Penny curl right up! 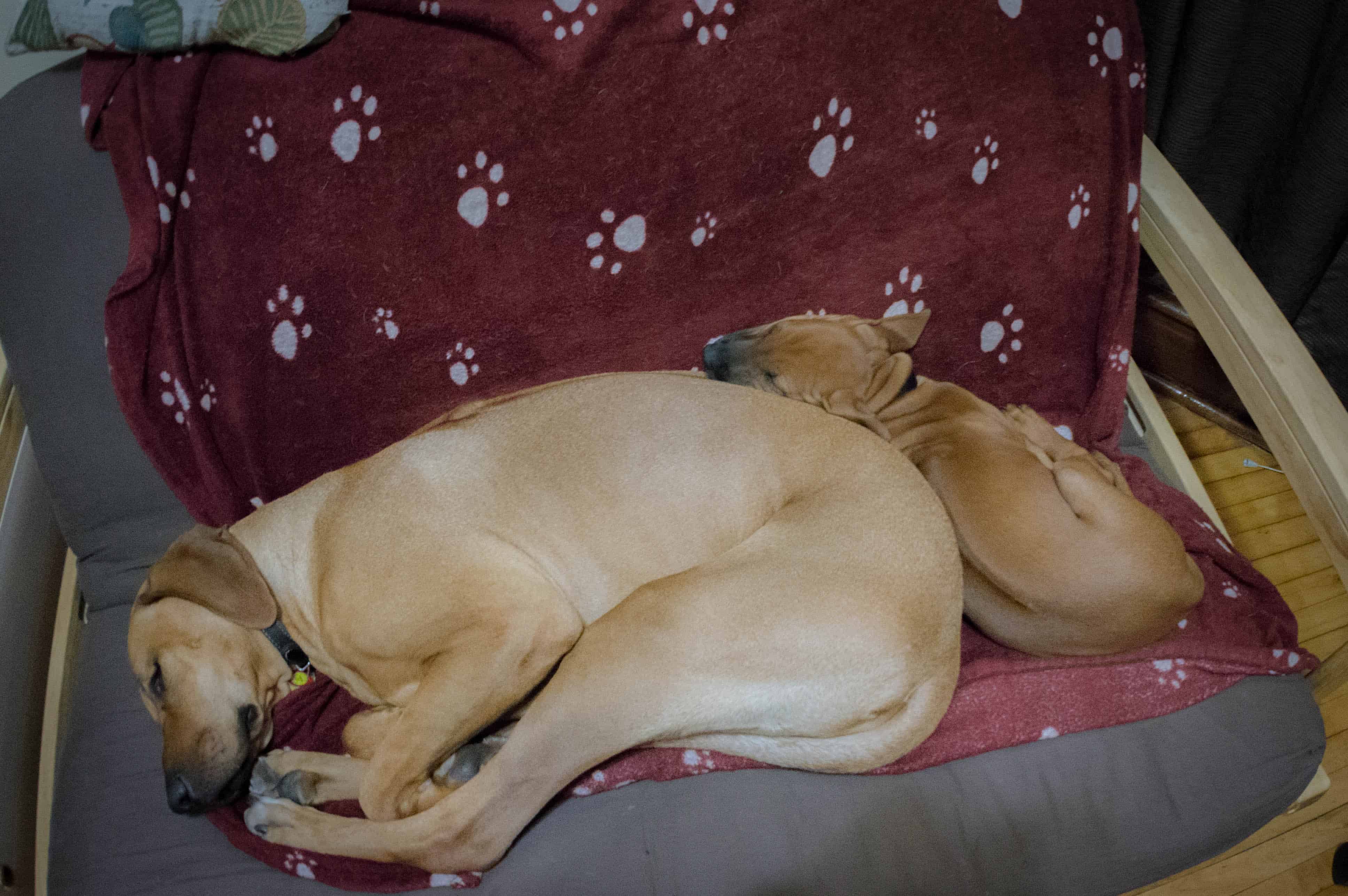 Eko even let Penny use him as a pillow

I hoped Eko and Penny would take to one another, but after their first encounter I never expected things to go this well this soon. I have no doubt these two will have plenty of challenges as they learn to live together, but I’m thrilled last week’s strangers are now siblings!

Previous Post Penny’s First Road Trip Back to all posts Next Post [VIDEO] Puppy Penny On The Loose!

Comments for From Strangers to Siblings