Hotel George Has Gone To The Dogs

This week Eko and I are staying at the Hotel George which is located conveniently between Union Station and the National Mall.  The hotel is also only a 10-15 minute walk from the heart of downtown DC.  If you’re traveling with your dog, you will be hard pressed to find a

This week Eko and I are staying at the Hotel George which is located conveniently between Union Station and the National Mall.  The hotel is also only a 10-15 minute walk from the heart of downtown DC.  If you’re traveling with your dog, you will be hard pressed to find a more pet-friendly hotel in the area. A water-bowl and treats are always on hand at the entrance of the hotel, and there are no pet fees and no weight limits for your pup.  Like some other places we have stayed, the Hotel George has an extremely welcoming staff who are always eager to say hi to dogs.  But unlike at some other places we have stayed, I got to witness first hand just how far the staff at Hotel George will go to take care of your pet. As Eko and I walked in the hotel yesterday, I saw an employee talking to what I believed to be his very short/hairy coworker…. 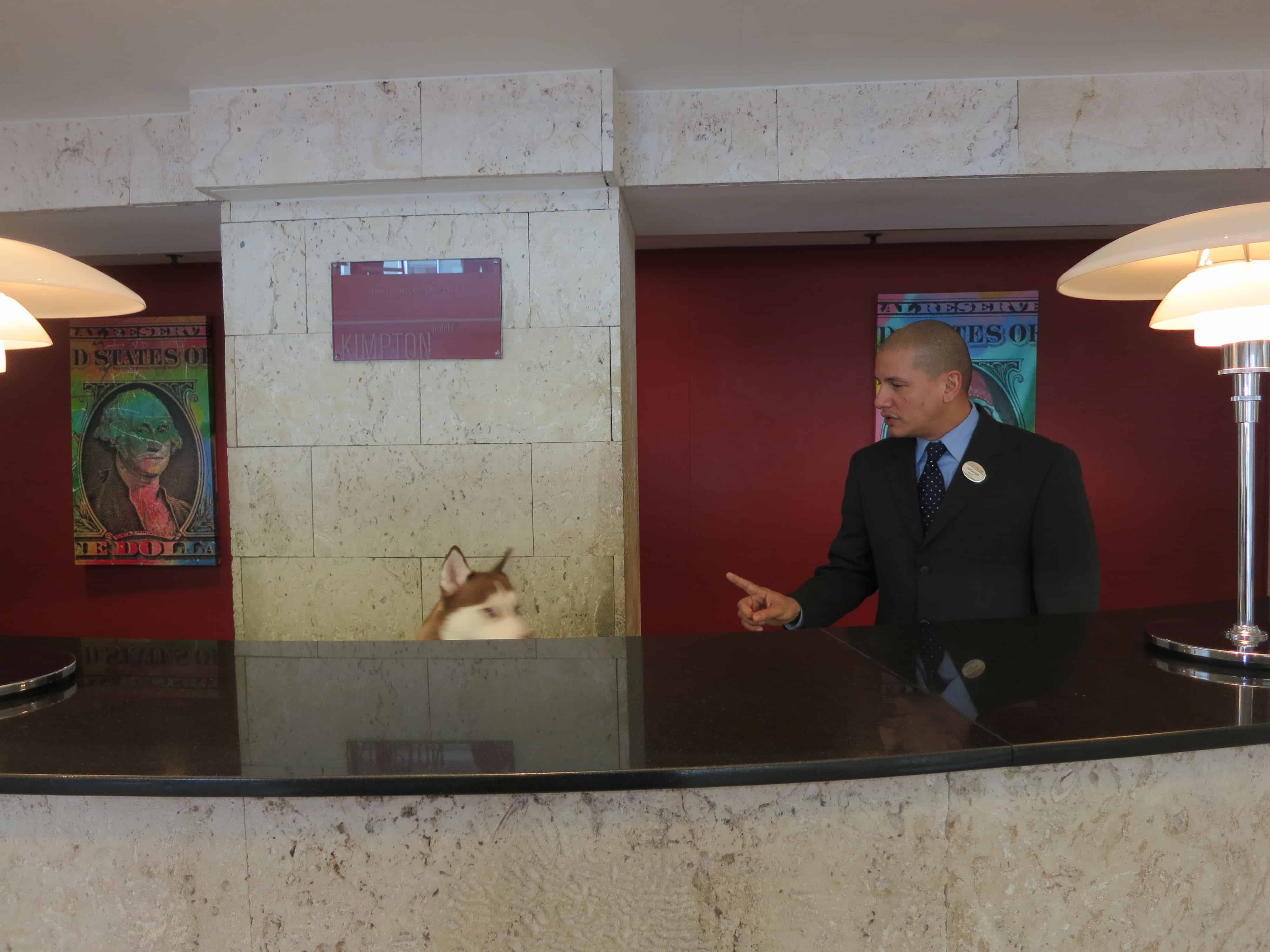 “Don’t forget to give everyone two room keys”

I wanted to know where the hotel gym was, so I decided to ask the short guy.  As I walked up to the desk, I was greeted with a welcoming smile from the employee. 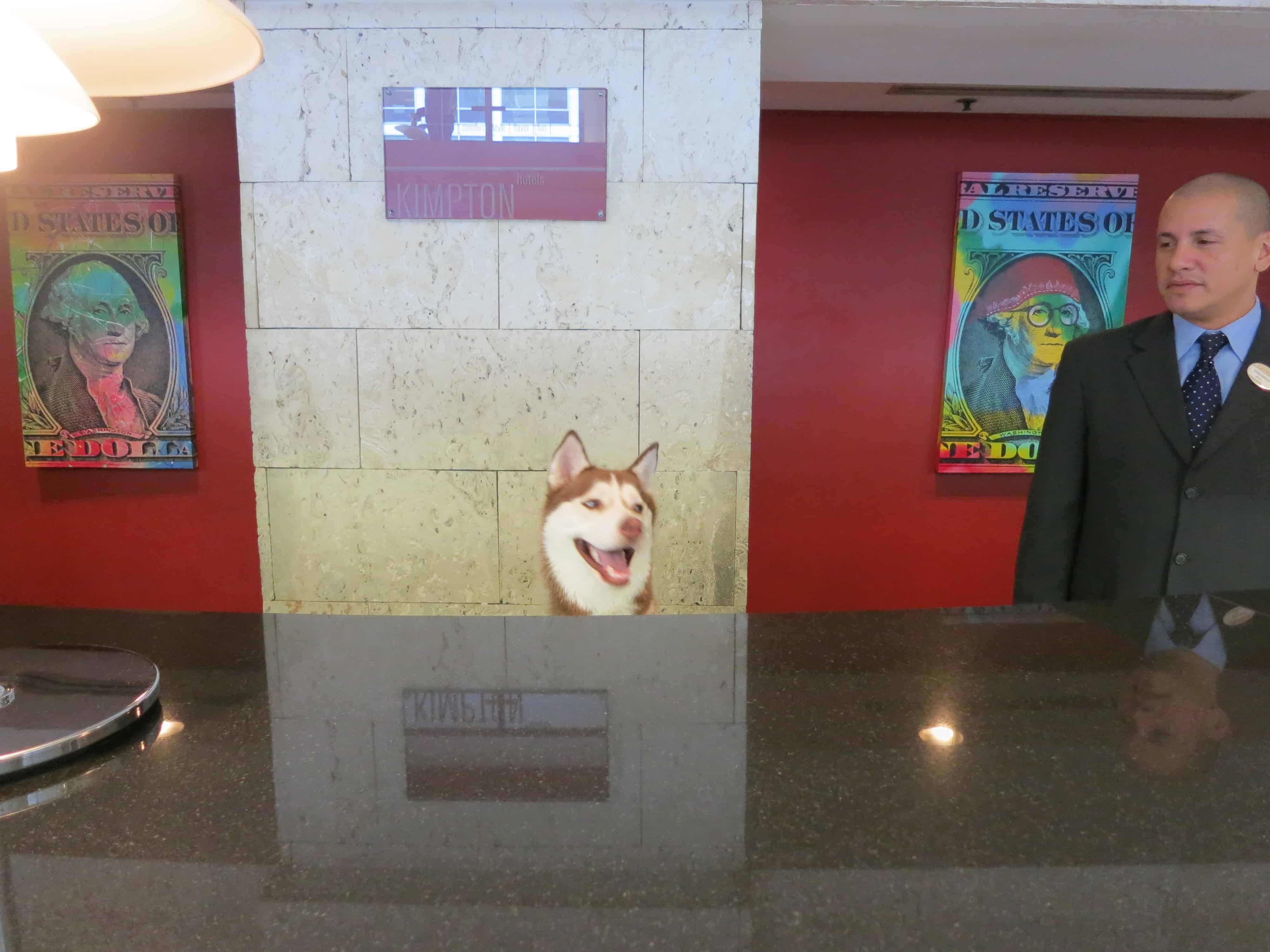 I could tell something was up, but I couldn’t put my finger on it, so I just went ahead and asked him if he could tell me where the gym was. 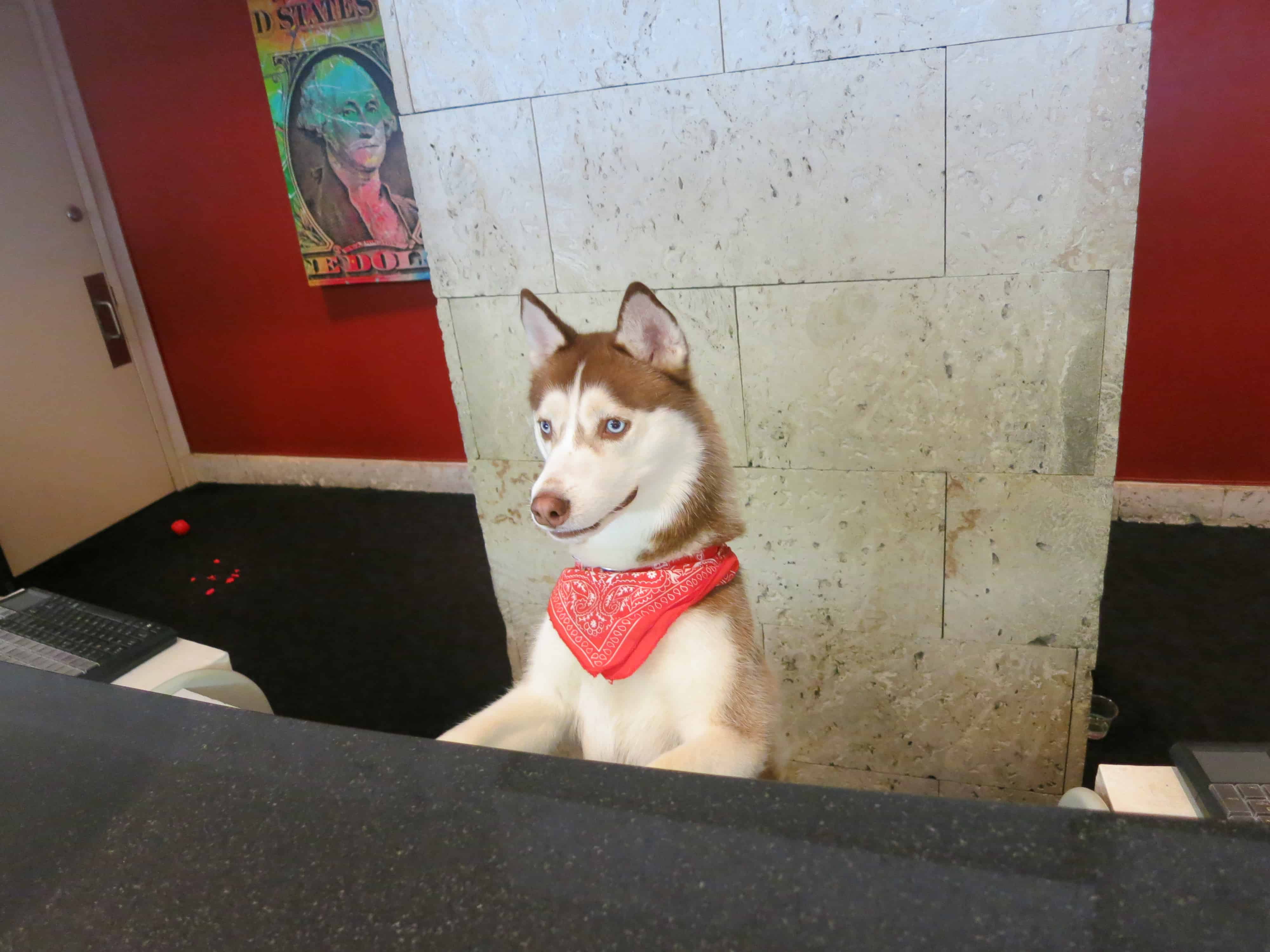 Right around the time the shorter employee left his position at the desk and started chasing a ball around, I figured it out – the employee was actually a dog!  I asked the human employee about getting Mr. Eko an interview, but he kindly explained that no, the dog did not actually work for the hotel.  As it turns out, this clever pup managed to escape from the room while his humans were out, and he was found exploring the third floor.  The staff managed to corral our little friend and kept him safe and happy until his humans came back.

There are a number of ways Hotel George could have handled an unfortunate dog jail-break maneuver, but I was particularly impressed with how composed and caring their response was.  At the Hotel George, both you and your dog are definitely in good hands. 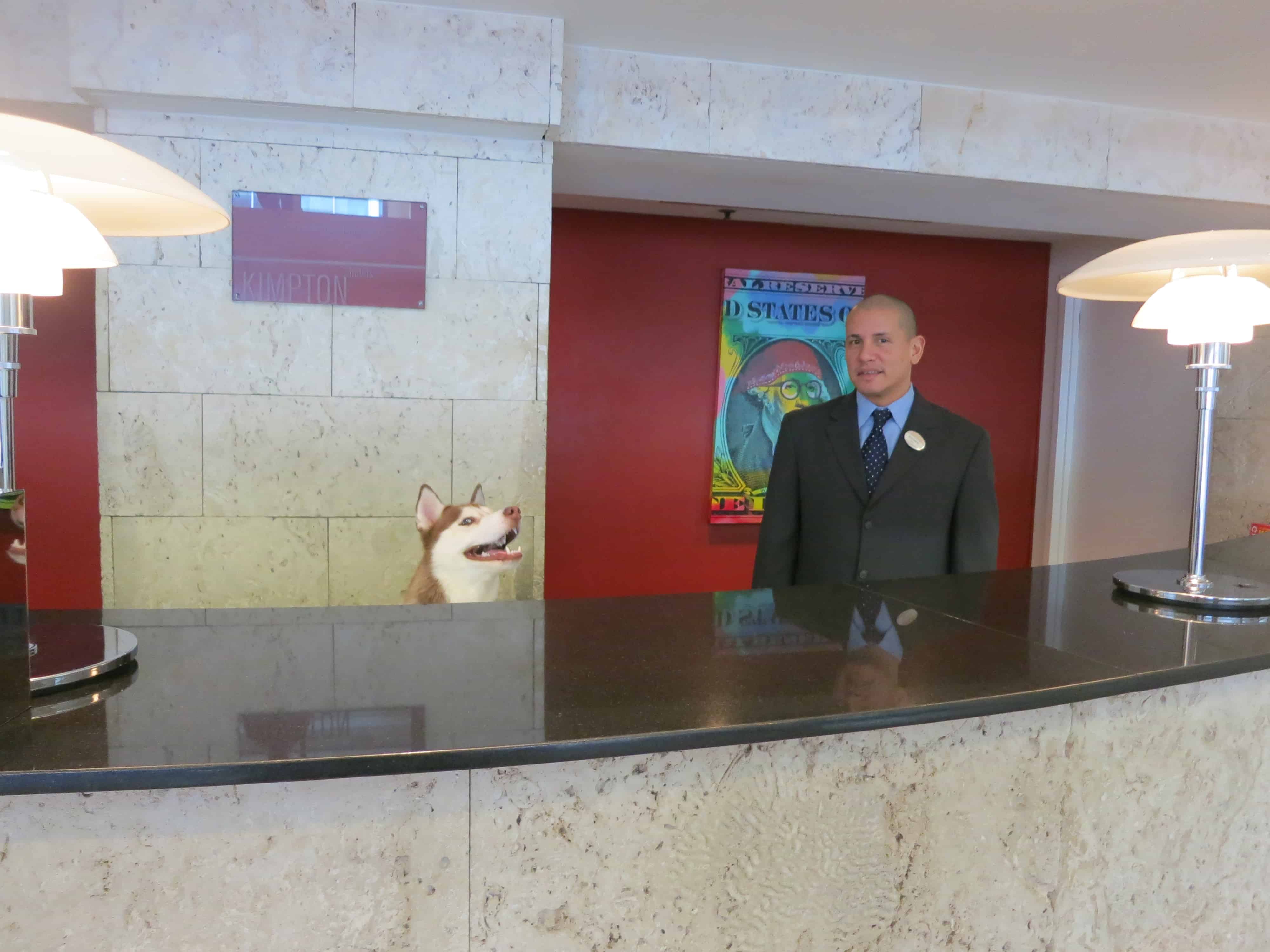 Comments for Hotel George Has Gone To The Dogs