How Does Your Pet React To The TV?

For most people, the suspenseful scenes in movies feature action-packed chases or high-tension drama.  For those of us watching with our dogs on the couch, the real suspense happens when a character walks up to a house and we desperately plead for them to knock instead of ring the bell.  I would 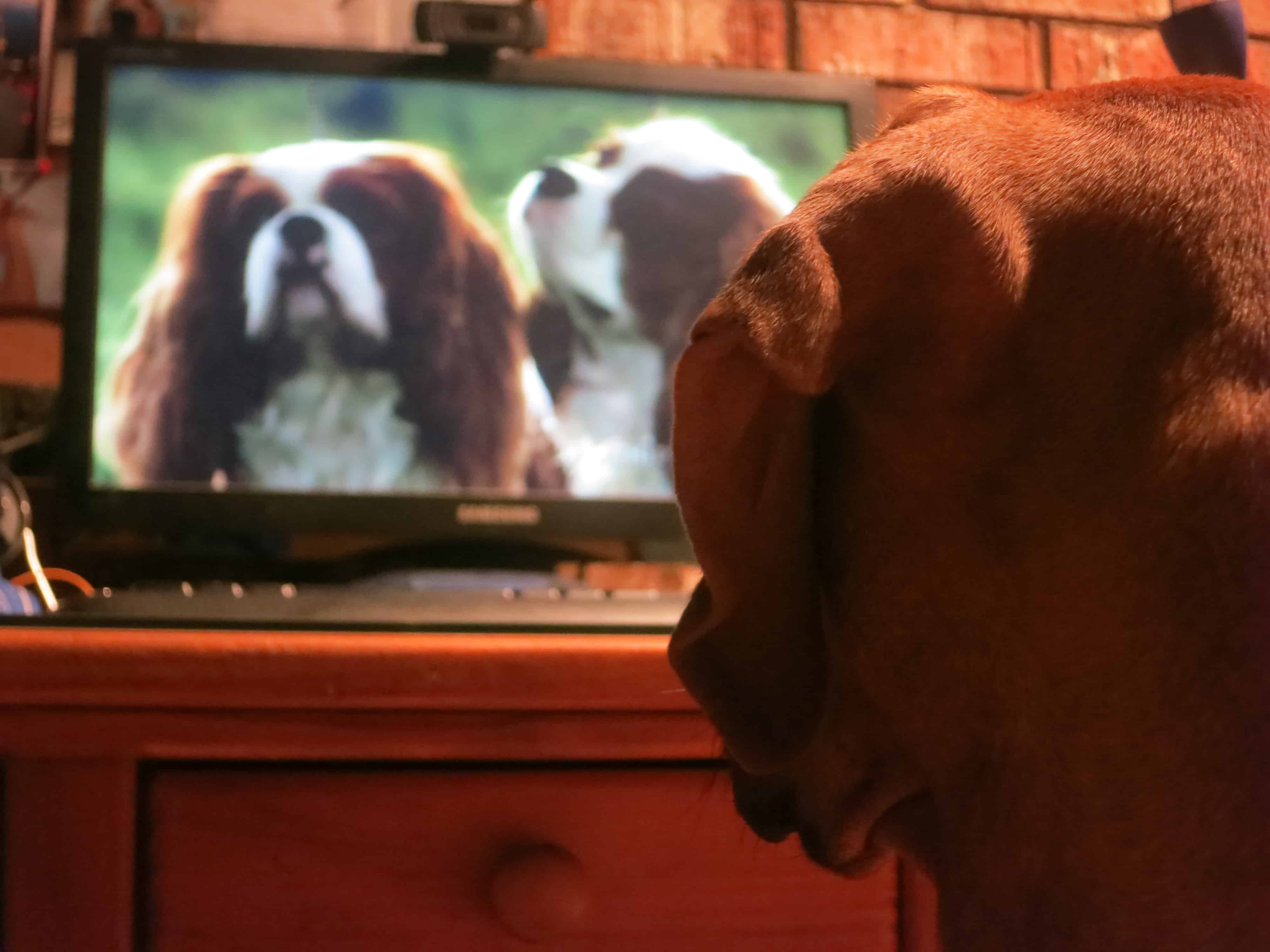 For most people, the suspenseful scenes in movies feature action-packed chases or high-tension drama.  For those of us watching with our dogs on the couch, the real suspense happens when a character walks up to a house and we desperately plead for them to knock instead of ring the bell.  I would wager a large sum that many of you have had this exact conversation with your dog: “There is no one at the door!  It’s just the TV!”Luckily my doorbell is broken, so doorbells in movies don’t send Eko into a frenzy.  This was not the case with our old family dog, Indy.  He would go from being out-cold-asleep to barking furiously whenever a bell rang.  He would stare at you with his eyes saying, “Hey buddy, didn’t you hear that!? Open the door!”  Eko will snore through bells, but if he hears a dog bark, all bets are off. Similarly, if I play a dog or cat noise on my phone, it’s guaranteed to turn Eko’s head

What’s interesting is that Eko never falls for my imitation barks or whines.  He will only perk up if he hears a recording of a real dog.  While my family dog only responded to certain sounds from the TV, Eko also seems interested in watching the action as well.  I did a bit of digging and it turns out that there is actually a reason for this.  Dogs cannot visually process the images on standard definition TVs in a meaningful way  – it essentially looks like static – but they can view HD images fluidly.  (People much smarter than I am explain the science here)  There is now even a new channel, Dog TV, with programming specifically for dogs!

Now, Eko hasn’t watched Dog TV yet so I can’t give you his review.  However, the internet is loaded with photos and videos of pets having funny reactions to a show or movie.  Does the TV ever get a reaction out of your pet?

Comments for How Does Your Pet React To The TV?