As a puppy Eko had a lot of one on one time with me to practice obedience. Penny hasn’t been afforded nearly as much solo instruction, but in many respects she’s picked up commands quicker than Eko did because she can look to him for cues. “Sit”

As a puppy Eko had a lot of one on one time with me to practice obedience. Penny hasn’t been afforded nearly as much solo instruction, but in many respects she’s picked up commands quicker than Eko did because she can look to him for cues. 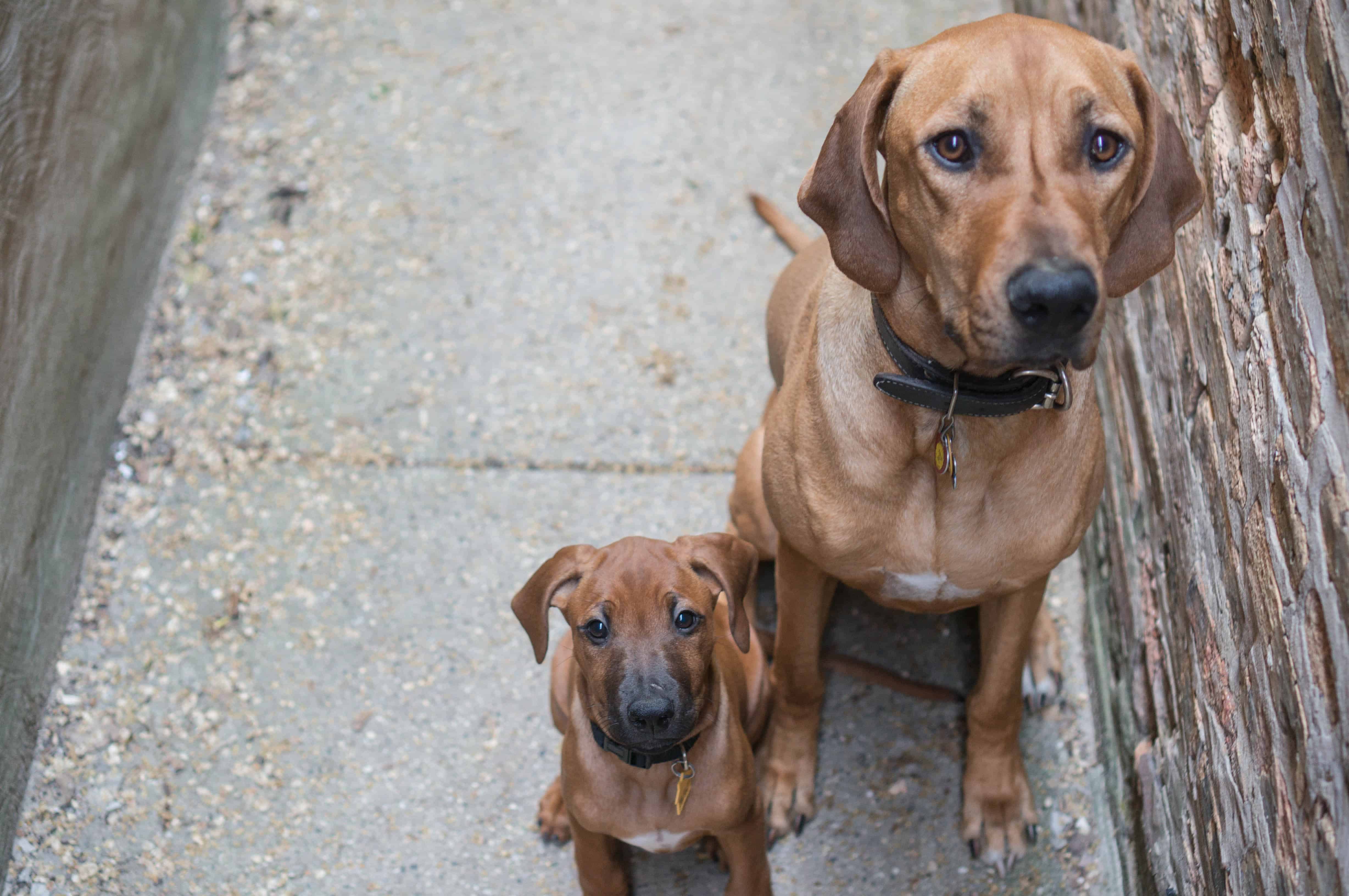 “Sit” is one of the easiest commands to teach, but it was especially easy with Penny because she followed Eko’s lead

“Stay” is one of the commands Eko had the most trouble with as a puppy. Penny’s had some trouble with it as well, but she has worked out that when Eko doesn’t move, neither should she. This has really expedited her training for this command. It’s also super fun when they release together. 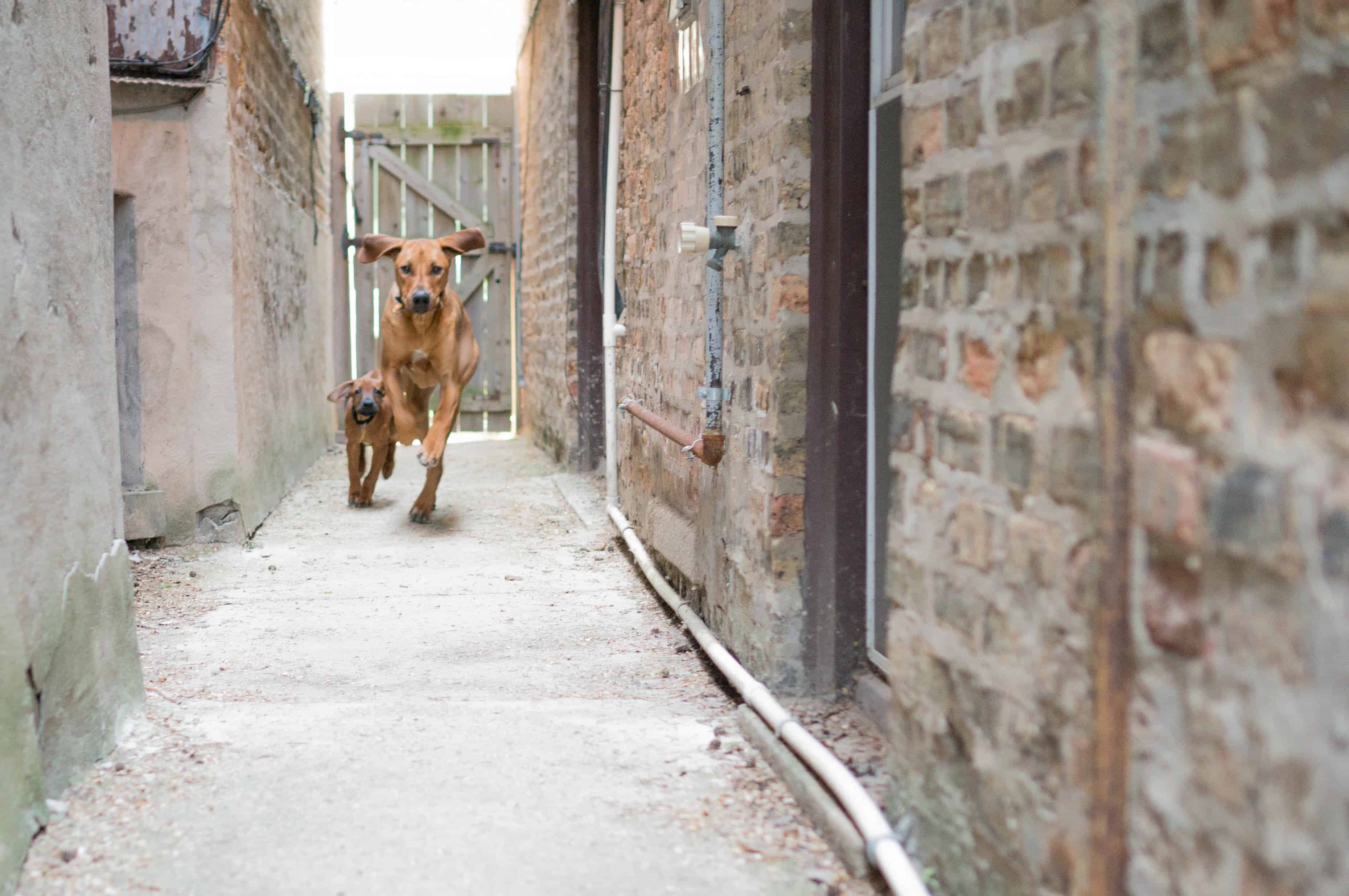 Penny of course was unfamiliar with the break command, but as soon as Eko took off so did she 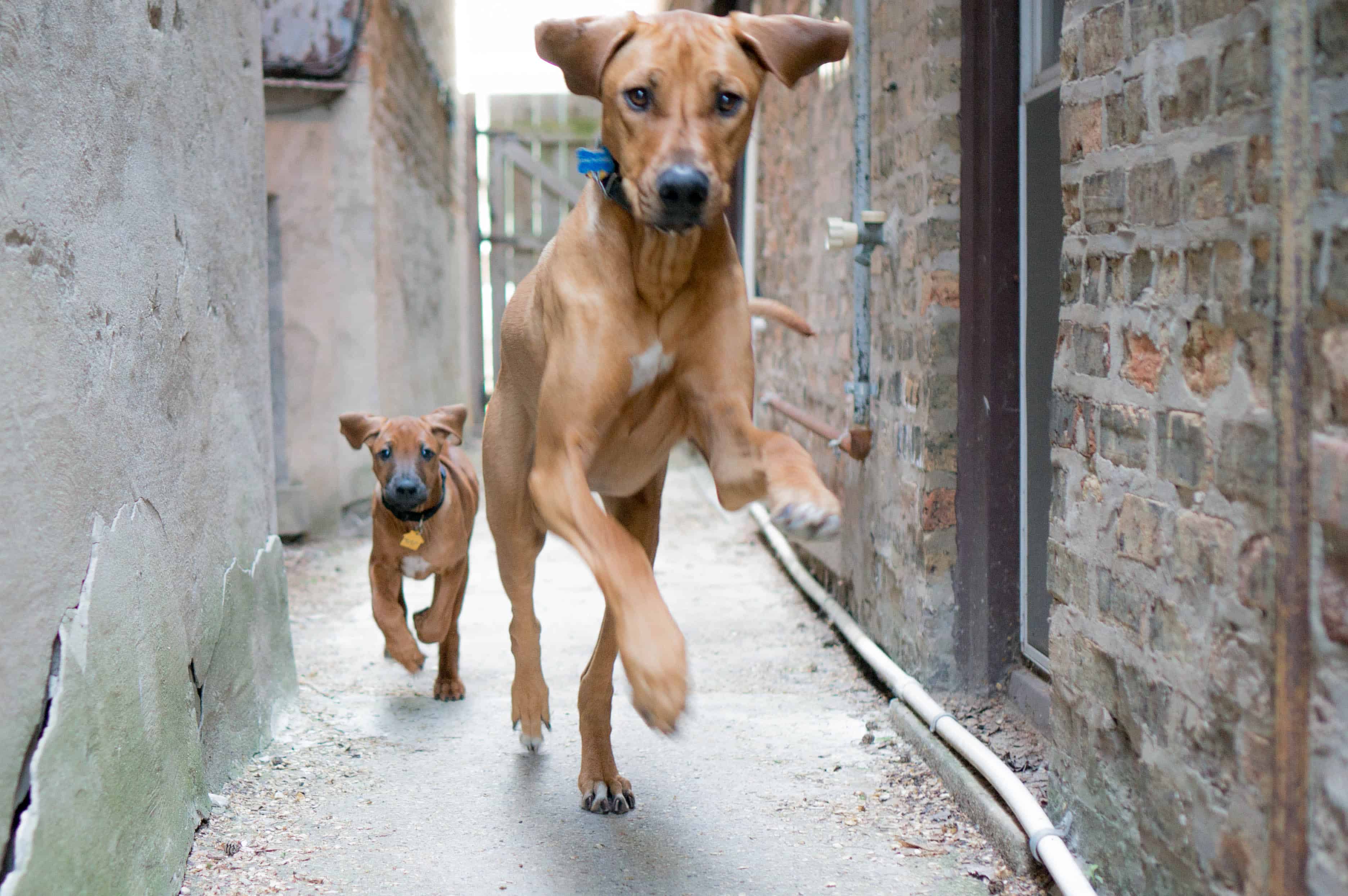 “I have no idea what I’m doing but this is fun!”

While in many aspects of Penny’s obedience training Eko’s presence has been helpful, other times it can be a hindrance. 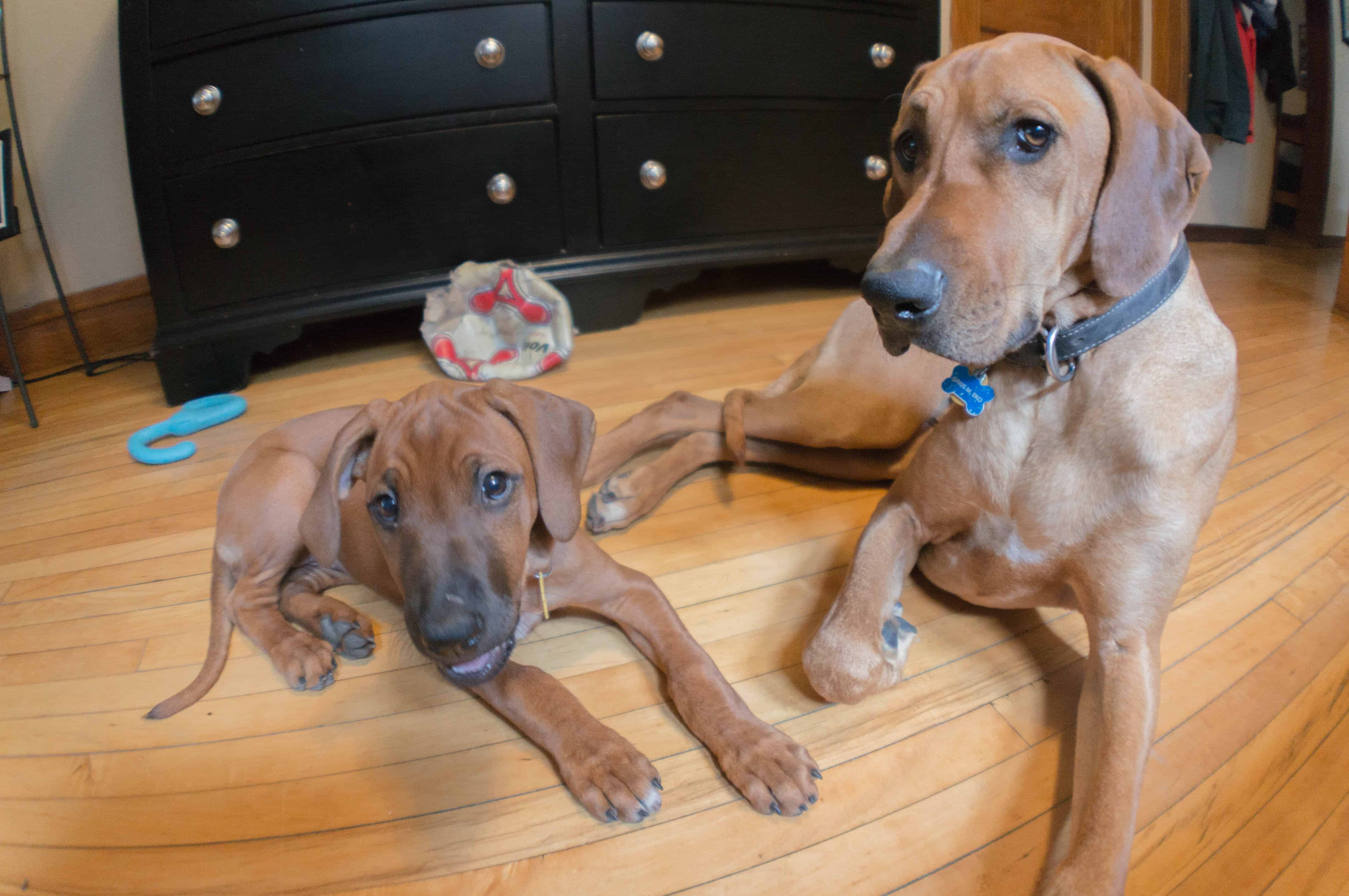 Penny knows the “down” command but as soon as she hears my “yes!” positive reinforcement cue she breaks for the treat. I can tell she’s concerned Eko will steal her prize 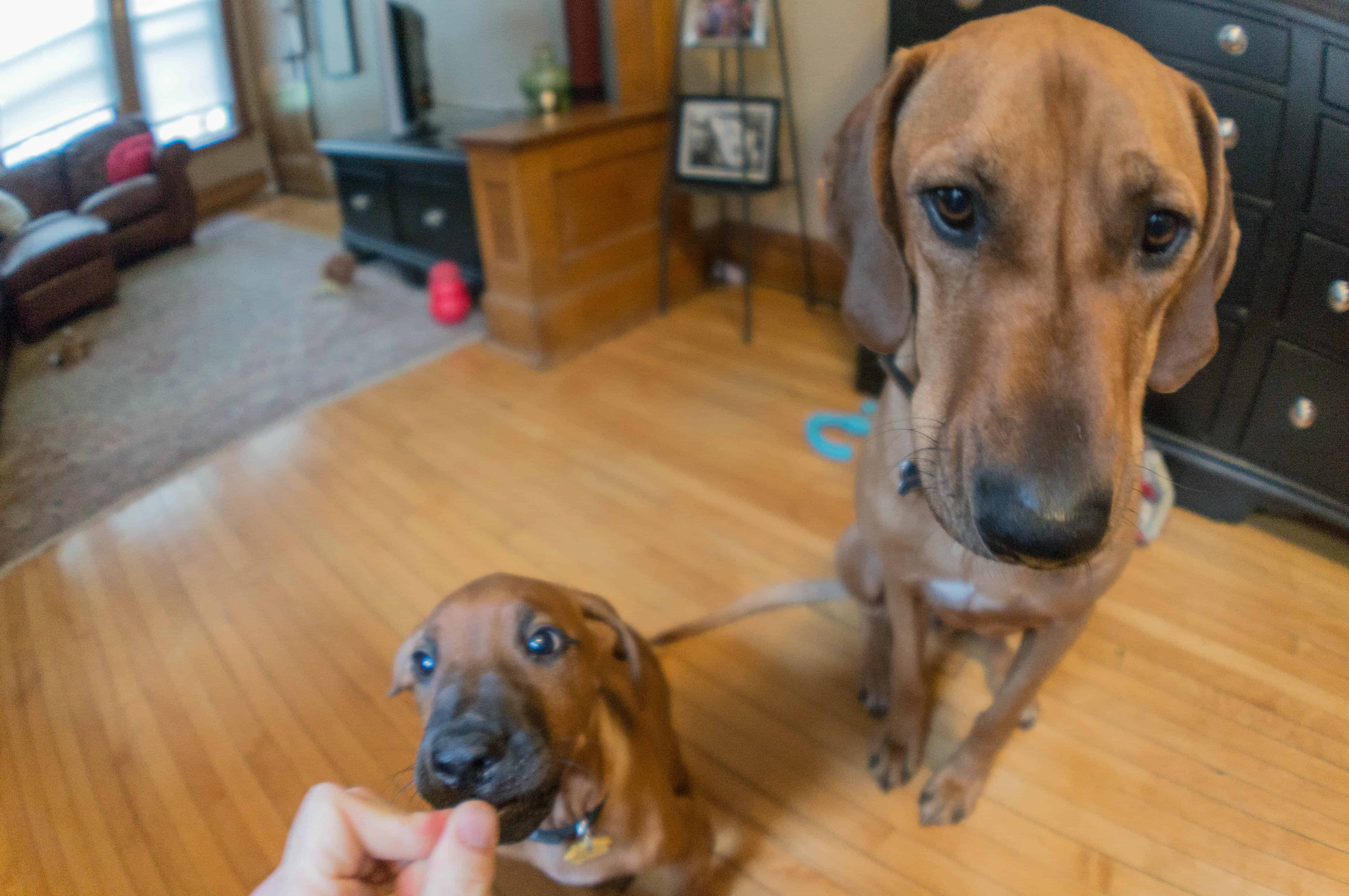 I’ve found that training Penny alongside Eko can be problematic for Eko as well. He listens to cues immediately but may not hear my positive reinforcement until a few seconds delayed when Penny executes the command as well. I don’t want to dilute Eko’s learning, so I need to get Penny up to speed asap.

Additionally, Penny is just a tiny bit of a treat hog. The phrase “take the food right out of my mouth” comes to mind. And not just figuratively. 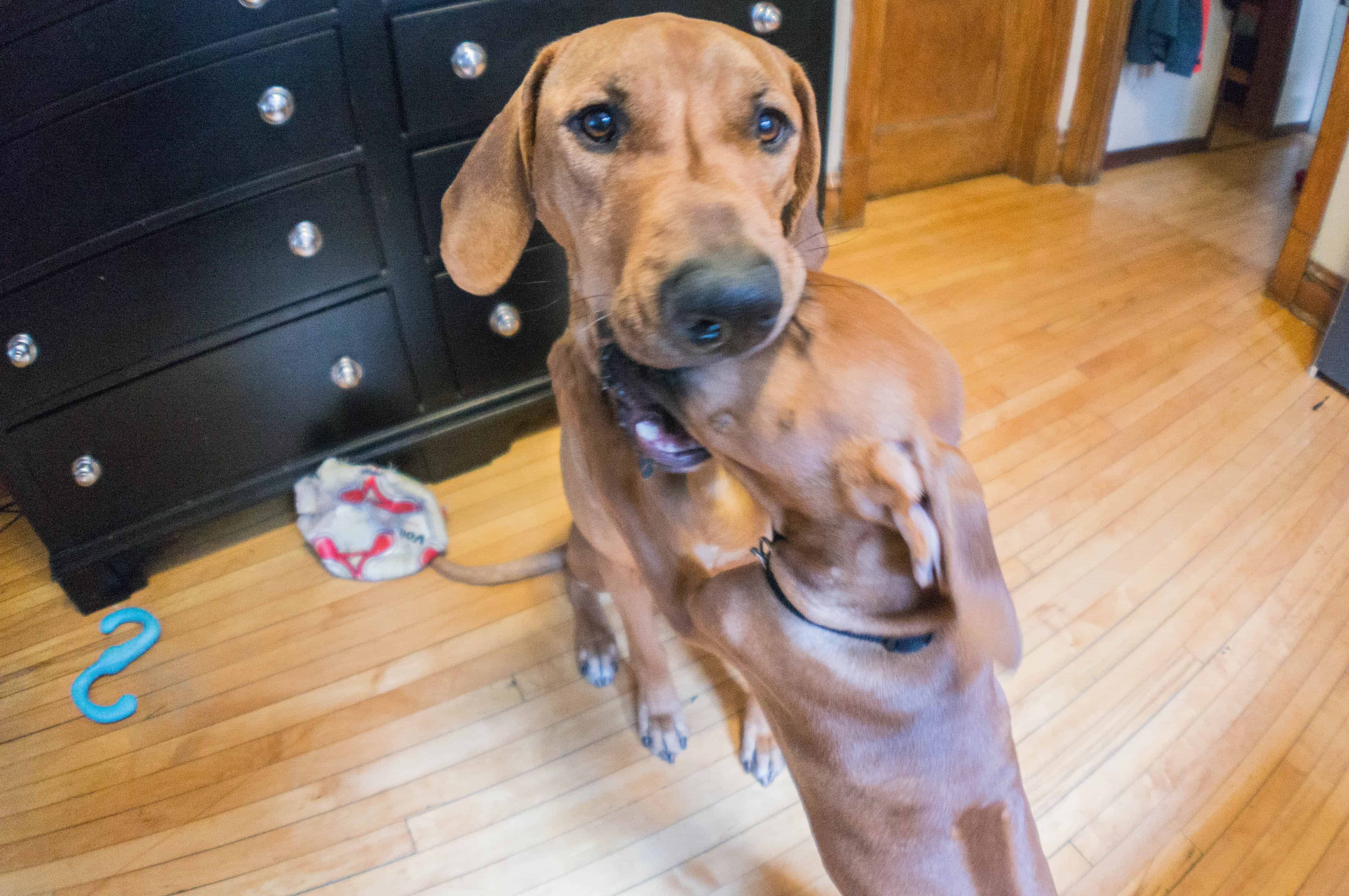 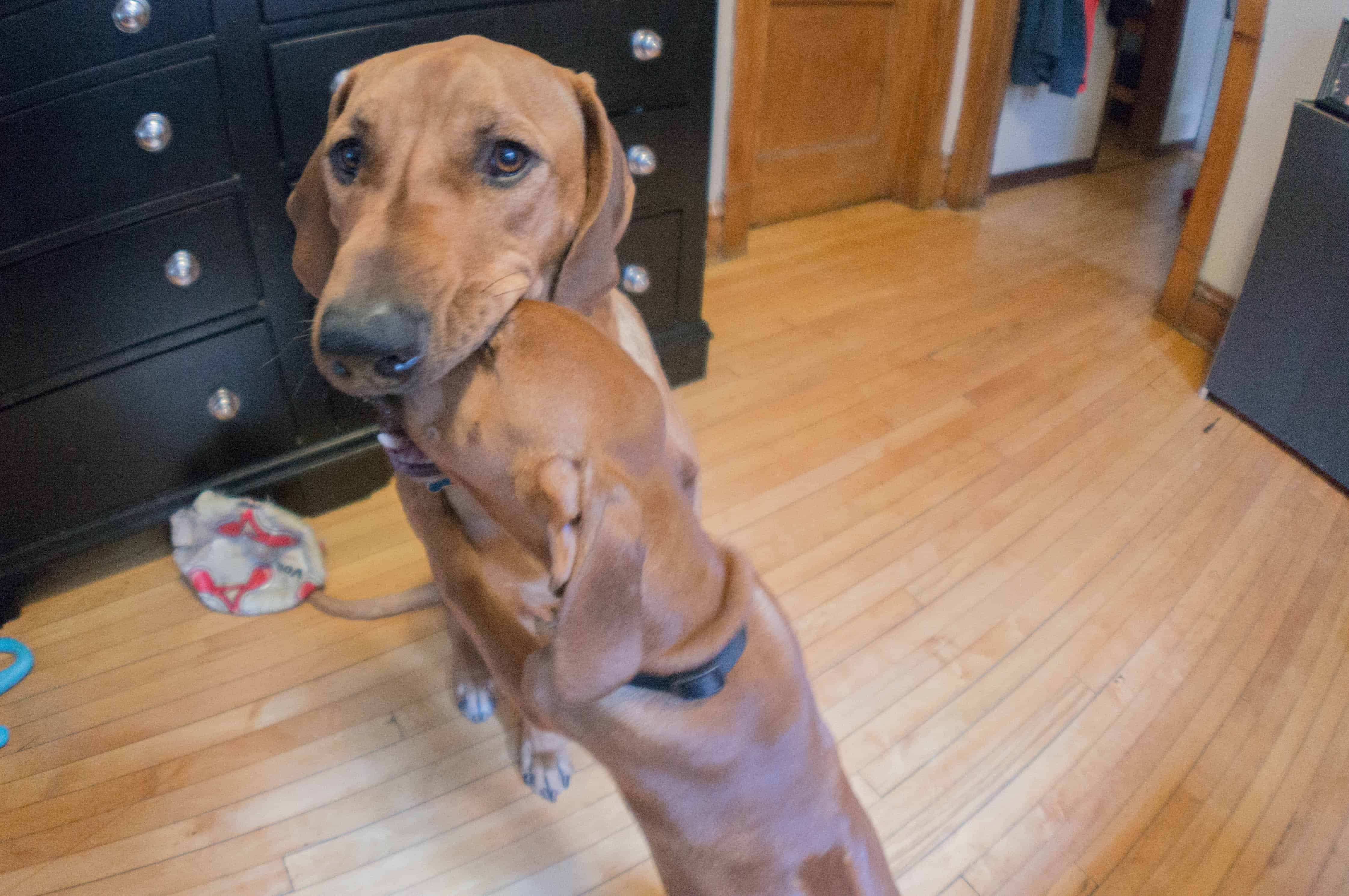 There’s so much Penny can learn from Eko but it’s clear she needs individual attention as well. I will have to carve out time for Penny at home, but I also signed up for a weekly puppy training class that starts on Monday. It should provide an opportunity for both obedience training and socialization. And as long as there are a few treats involved, I’m sure Eko will be happy to help his little sister with her homework.

For those with multiple pups, how do you handle obedience training at home?

Comments for Puppy See. Puppy Do.